How Tall Buildings Tame the Wind

WIND is one of the most important factors that architects and engineers have to consider when designing tall buildings.

While skyscrapers might appear to be highly-strengthened, immovable structures, all tall buildings are in fact designed with a degree of flexibility in mind.

This is principally due to the impact that wind forces - known as “wind loads” - have on a building as it becomes taller. Whilst you might be experiencing a pleasant breeze at street-level, the force of the wind generally grows much stronger the higher up you travel.

While the steel and concrete used in a skyscraper’s superstructure is designed to bend and flex to absorb the impact that these wind loads have, the degree to which the structure is able to move can have a significant impact on the comfort of those inside the building.

When buildings first began to grow tall in the 1890s and 1900s, height limits were imposed - such as those introduced in Chicago - to prevent their masses from blocking sunlight.

In New York City, ordinances were passed that allowed tall buildings to develop on the basis that they were set-back after reaching a certain height.

This allowed sunlight to reach street-level whilst breaking-up the facade and reducing the impact that high winds had on these early towers.

By the 1960’s however, larger, box-like skyscrapers began to come to prevalence, bringing with them a whole host of wind load engineering challenges.

The first problem that began to arise was increased wind velocity at street level.

This was principally caused by the “street canyon” phenomenon; an effect that sees large buildings redirect wind down their facades - which effectively act like canyon walls - and funnel it along streets at much higher velocities than in low-rise, suburban areas.

The street canyon effect was particularly notable in Manhattan where the heavily formalised grid structure of the city blocks offered little to break up and deflect winds once they began to blow.

Additionally, as wind moved around the top of these tall structures, vortices were being created in a process known as vortex shedding. 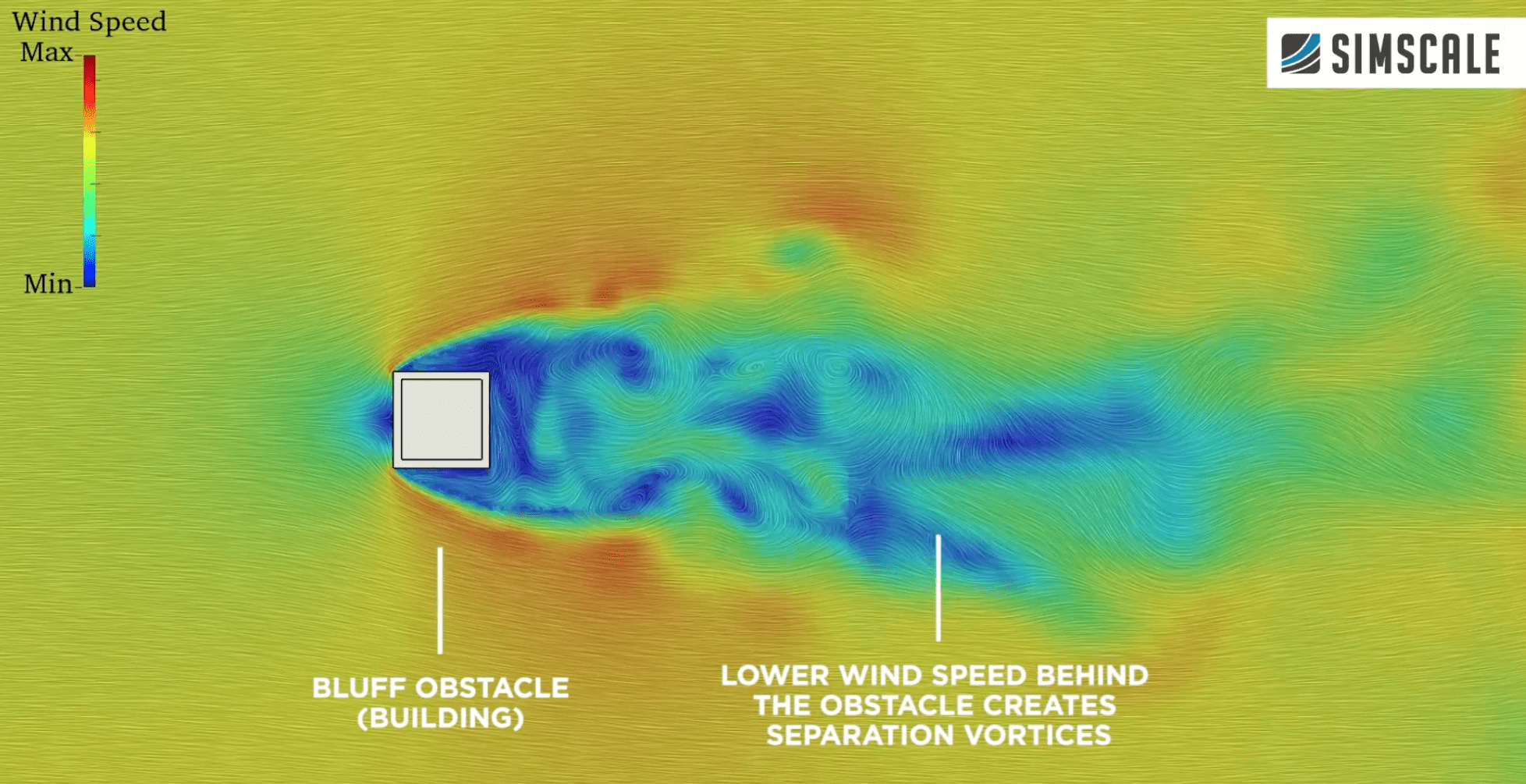 Above: When wind hits an obstacle like a square building, the flow separates at the corners, creating vortices and a low flow wake region. This flow development results in pressure that creates unsteady loads in the cross-flow and wind directions. Image courtesy of SimScale.

This process - much like water flowing down a stream - acts differently on obstacles depending on how streamlined they are.

In the case of these buildings, their sheer block walls created a “bluff” obstacle that wind had to flow around. As strong winds moved around these structures, areas of low pressure emerged on the opposite side of them, creating suction forces that pulled at the buildings, causing them to sway back and forth.

While any such movement may initially be minimal, high winds can create vortices that can match the frequency of the building they are moving around - causing noticeable swaying and shaking motions for those inside.

This phenomenon led engineers to begin testing models of tall buildings in wind tunnels at design stage, assessing the potential impact of high winds on structures before they were constructed.

By doing this, project teams were able to develop innovative approaches to managing wind loads, reducing their impact on tall buildings and enabling them to rise even higher.

The first and by far simplest way to reduce the impact of high winds on a tall building is with an approach called “corner softening”.

Corner softening sees sharp edges smoothed-off of a structure to make it more aerodynamic, or small cutouts created on the edges of an structure to “scramble” prevailing winds and reduce the strength of the vortices they create. 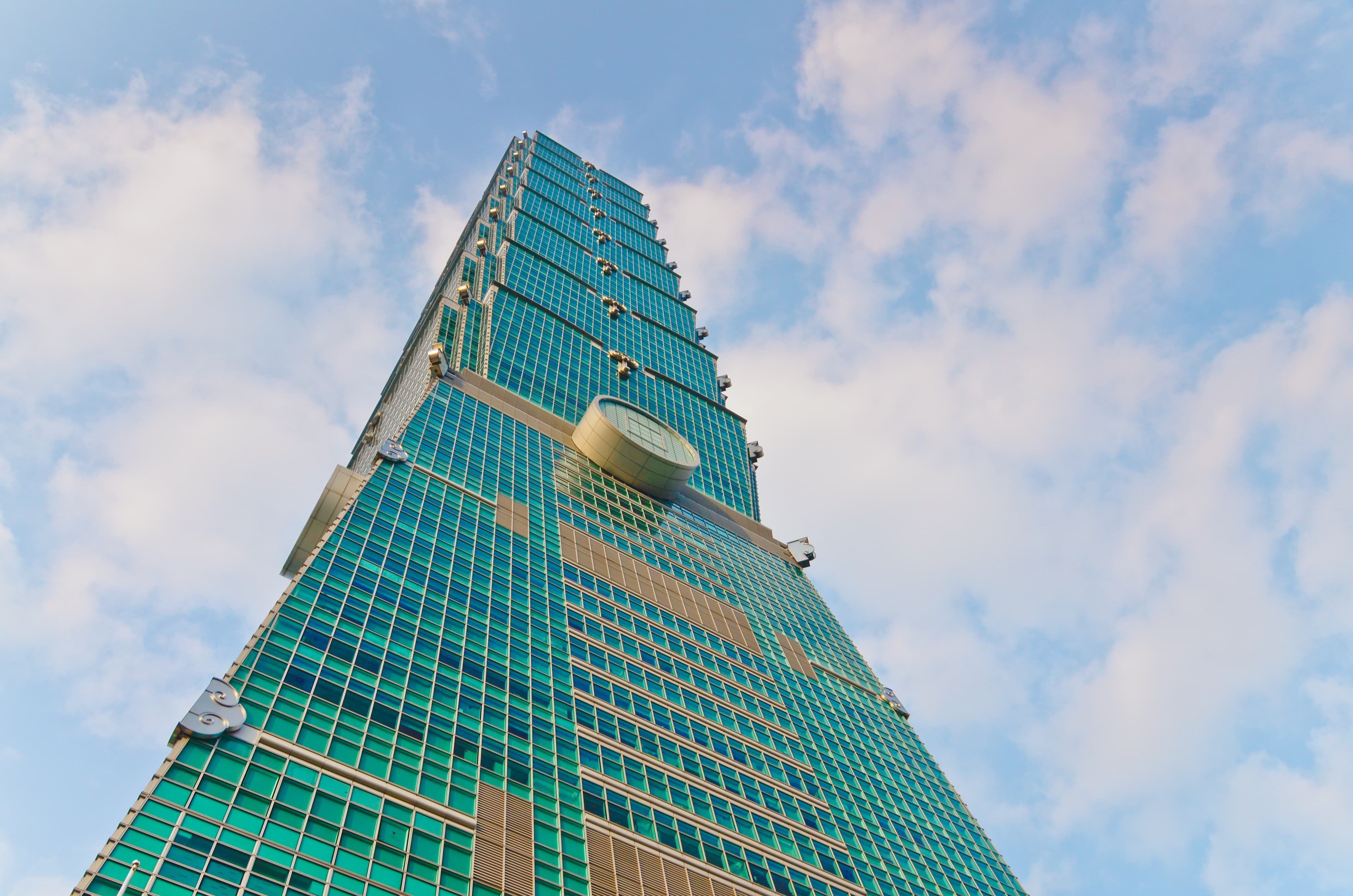 Above: The Taipei 101 makes use of corner softening while incorporating a traditional aesthetic.

A prominent example is the ornamental design of Taiwan’s Taipei 101, where relatively minor cutouts on the building’s corners reduced movement by as much as 25%.

Tapering a building as it rises also breaks up the uniformity that causes vortex shedding.

Kuala Lumpur’s Petronas Towers and The Shard in London, both use this technique to reduce the effect that high winds have on their structures. 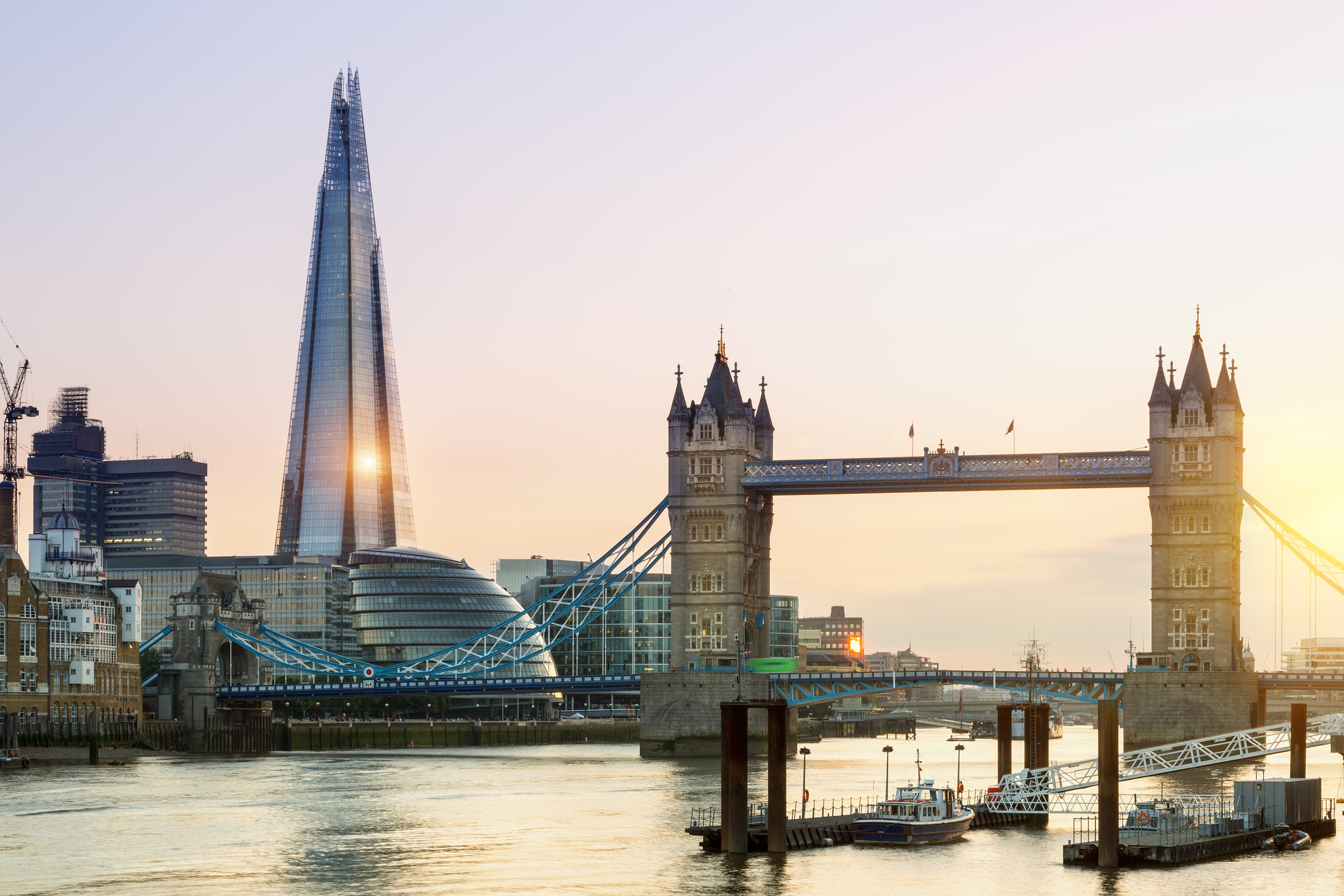 Above: Tapering a buildings as it rises, like London's Shard, reduces the effects of wind.

Taking things a step further, alternating a building’s profile as it rises and including setbacks can also reduce the strength of vortices as they move around buildings.

Some of New York City's early skyscrapers achieved this in response to the setback ordinances of 1916.

But perhaps the most notable example today is the 828 metre Burj Khalifa in the United Arab Emirates (UAE); the world’s tallest building at the time of publication. 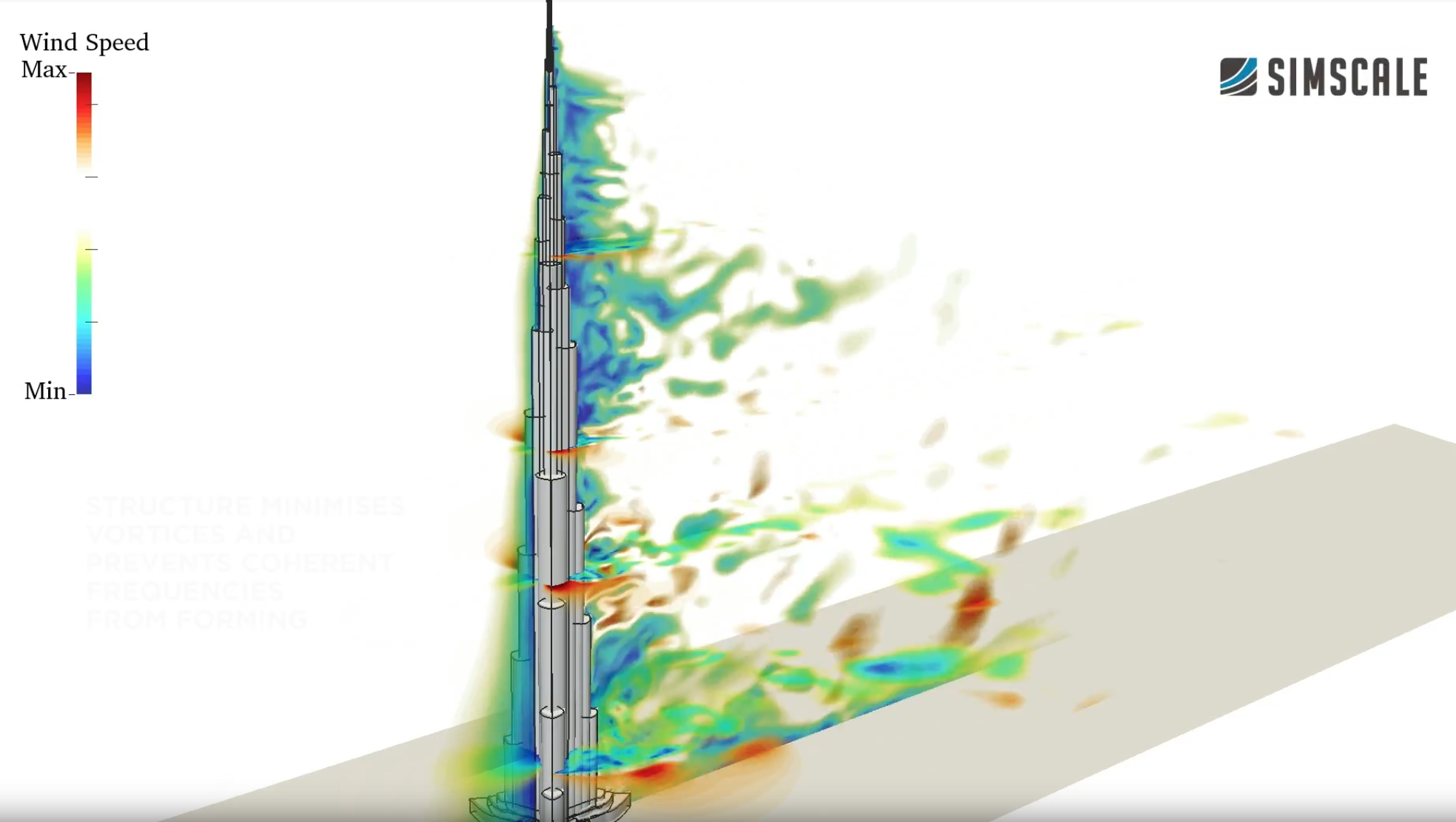 Above and Below: By utilising corner softening, tapering and setback design principles, the Burj Khalifa is able to confuse the wind and minimise the stresses it has on the structure as it rises. Image courtesy of SimScale. 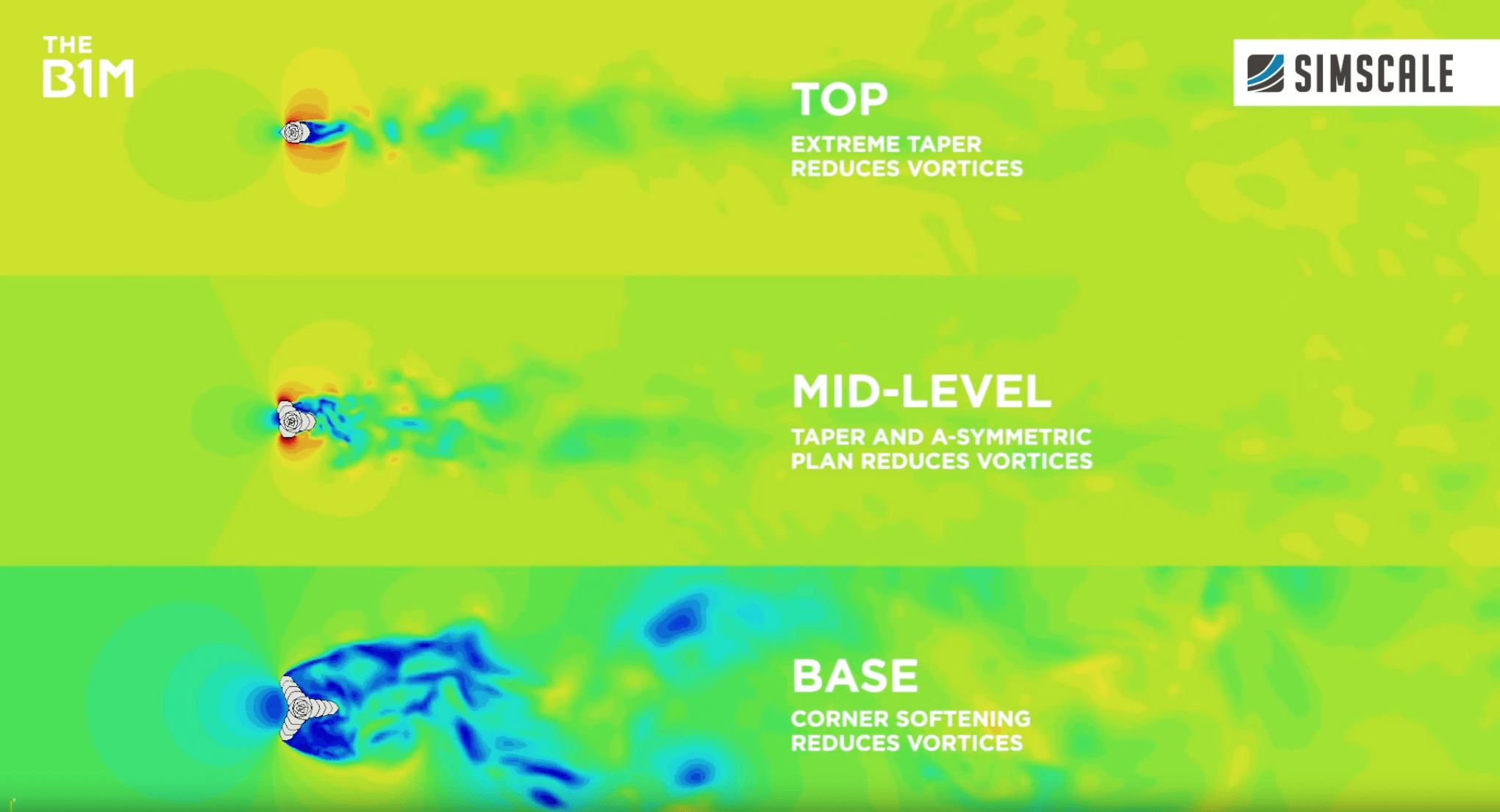 This remarkable structure uses a range of techniques to tame the wind and achieve its height - including an extreme taper, multiple setbacks and high degree of corner softening.

We have demonstrated how the Burj Khalifa’s carefully crafted design manages the wind in a simulation (shown in the video) developed using SimScale’s software.

With more than 150,000 users worldwide, SimScale is an easy-to-use cloud-based engineering simulation platform that enables everyone to create powerful, high-fidelity simulations in a web browser. The platform can be tried for free through the Community account, which gives access to thousands of public simulations to promote knowledge sharing and to crowdsource advice.

Creating a twist in a building’s form can also reduce the impact of vortex shedding. With every floor offset to the last, the number of “bluff” areas across these structures is considerably reduced, minimising - or in some cases completely eliminating - the locations where vortices can form.

Perhaps the most breathtaking example of this technique can be seen in China’s megatall Shanghai Tower; which tames the wind and rises to becomes the world’s second tallest building by elegantly twisting throughout its 632 metre height. 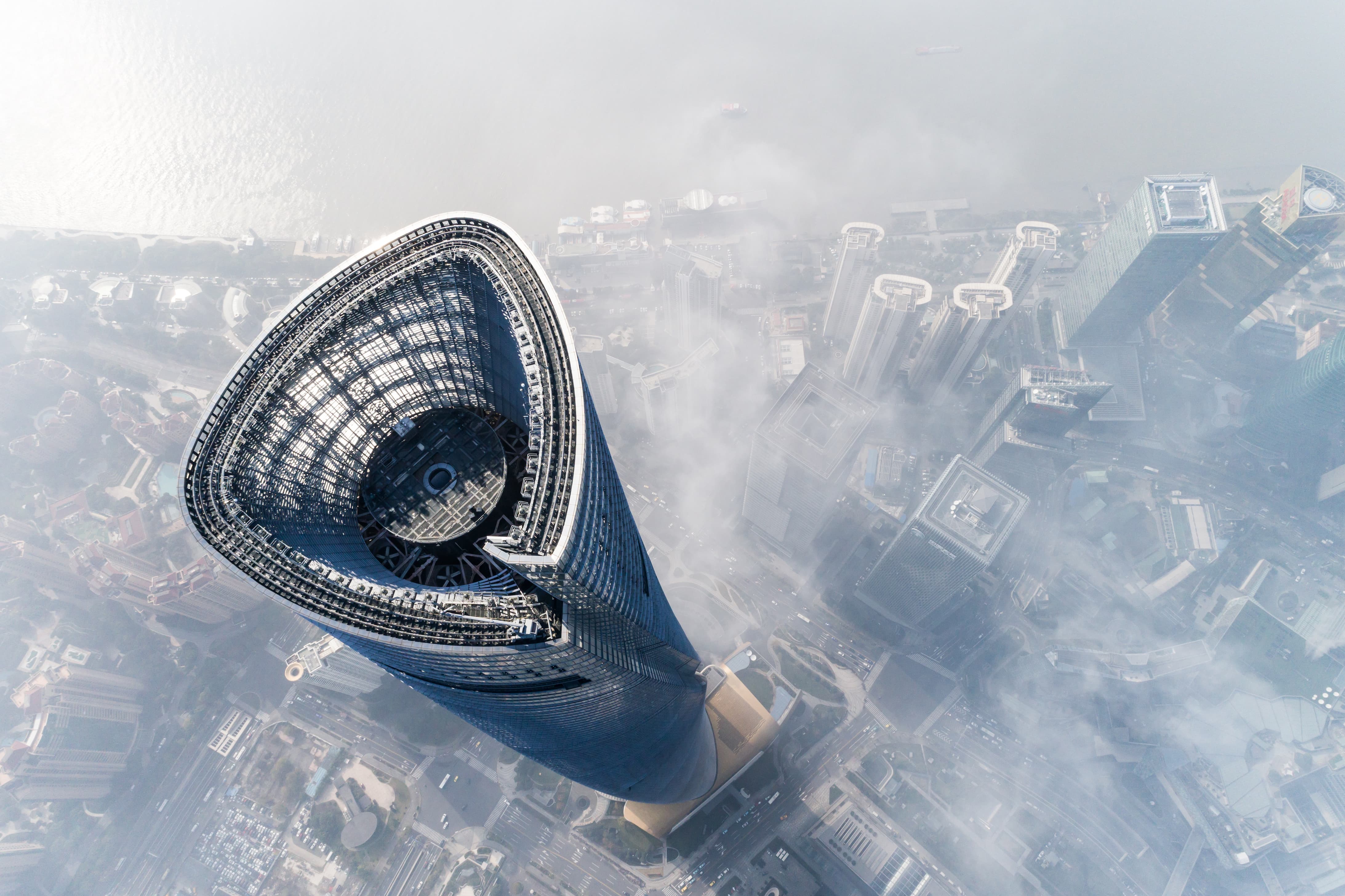 Above: The twisting Shanghai Tower is the world's second tallest building and one of only three megatall skyscrapers in the world.

Another way to reduce the impact of high winds on tall buildings is to increase their porosity, “cutting out” parts out of the structure and allowing air to flow through, as well as around the building mass.

This technique has been used in a number of high profile skyscrapers around the world; including Saudi Arabia’s Kingdom Centre and the World Finance Center in Shanghai, China. 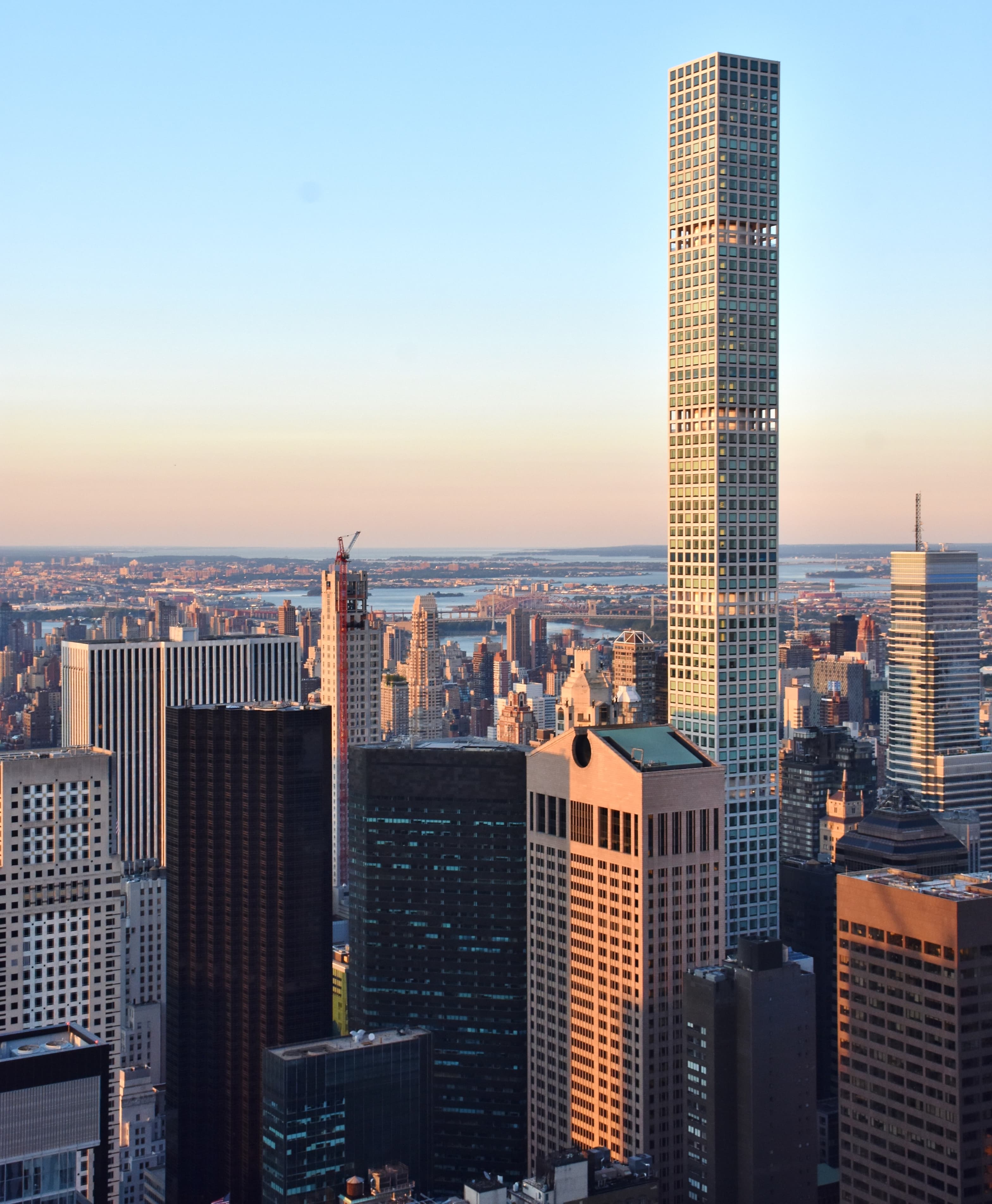 Above: Manhattan's 432 Park Avenue features double storey cut-outs every 12 floors to combat the effects of the wind.

But the most impressive example can be in seen New York City’s 432 Park Avenue.

With an incredible width-to-height ratio of 1:15, the tower is one of the world’s most slender skyscrapers and the most prominent manifestation of New York’s emerging super-skinny residential tower trend to date.

The 426 metre tower features double floor cut-outs at 12 storey intervals throughout its height, allowing wind to pass through, as well as around its extremely thin structure. 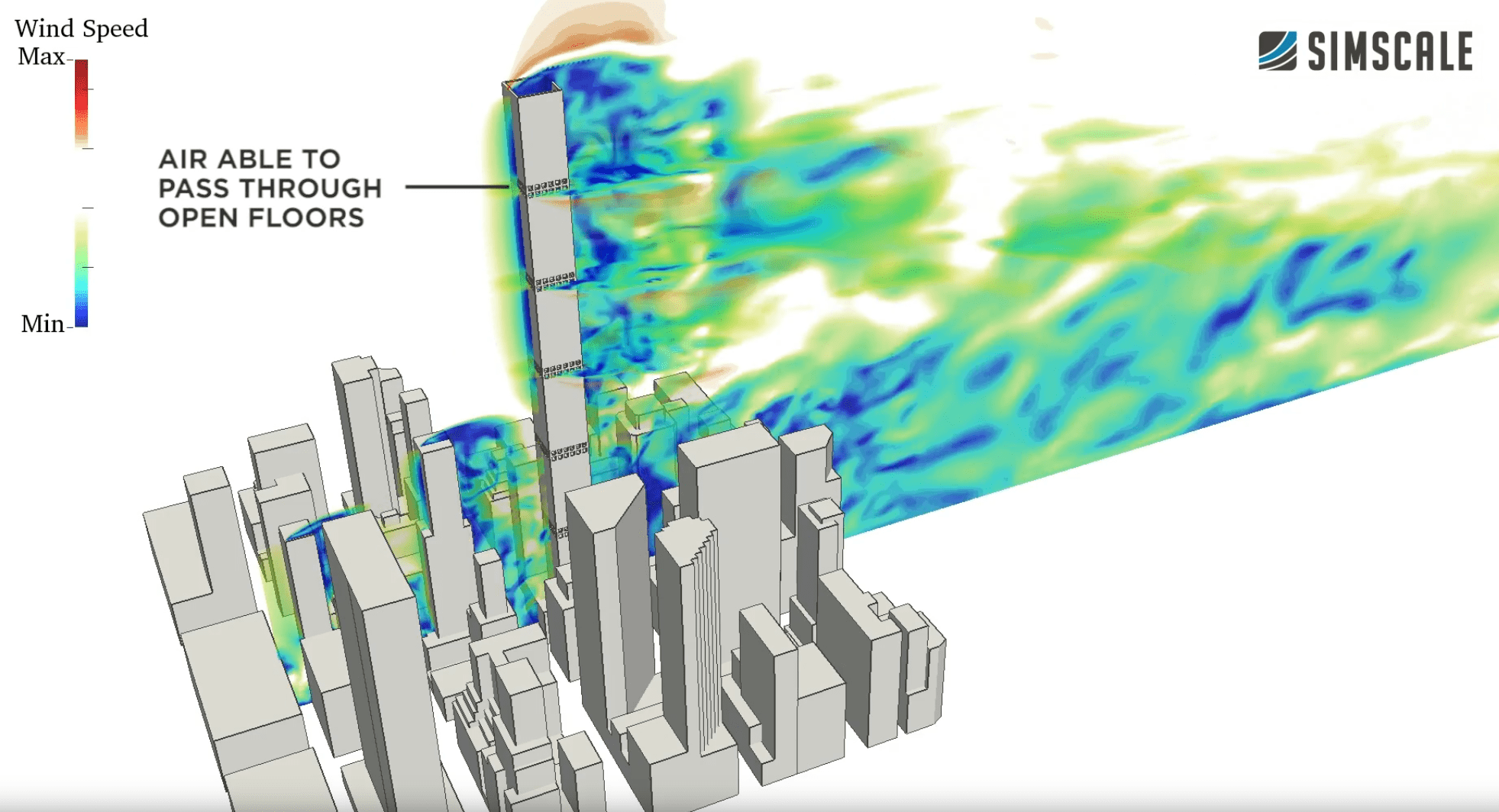 Above: The porosity of 432 Park Avenue allows wind to flow through the structure, breaking up vortices on the opposing side of the structure. Image courtesy of SimScale.

We have again demonstrated the impact of this approach in a SimScale simulation (shown in the video).

Some buildings using this approach have tried incorporating wind turbines into their voids in an effort to harness wind energy and convert it to electricity. Despite the obvious benefits of this, wind turbines on skyscrapers never really seem to have caught on.

In addition to the techniques that tall buildings use to tame the wind, some are also fitted with dampers that counteract motion where it occurs. 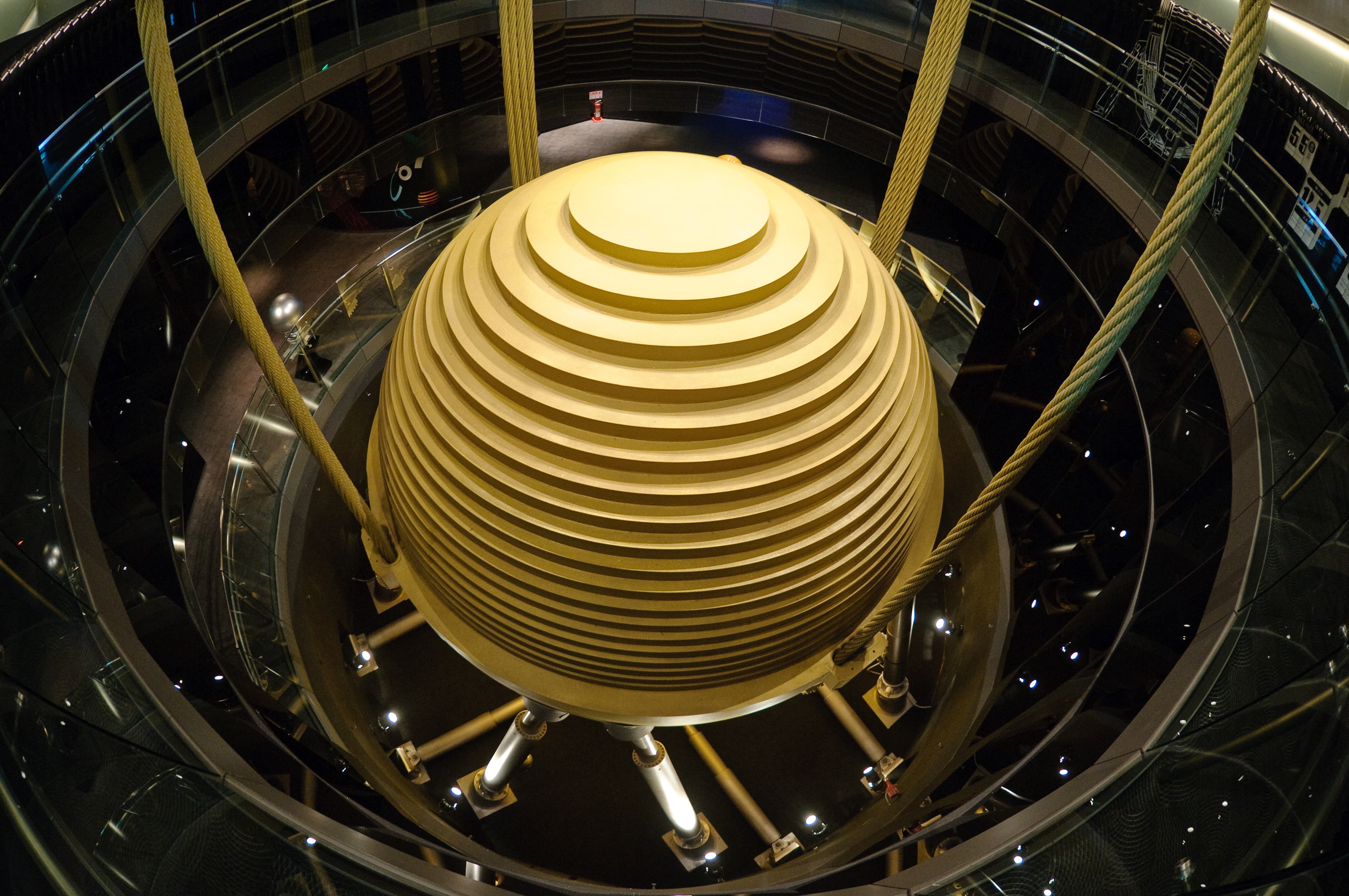 Above: Tuned Mass Dampers (TMDs), such as this one in Taipei 101, can also be used to further stabilise tall buildings. Image courtesy of Armand du Plessis. Below: The Trump World Tower also uses a TMD to counteract the wind. 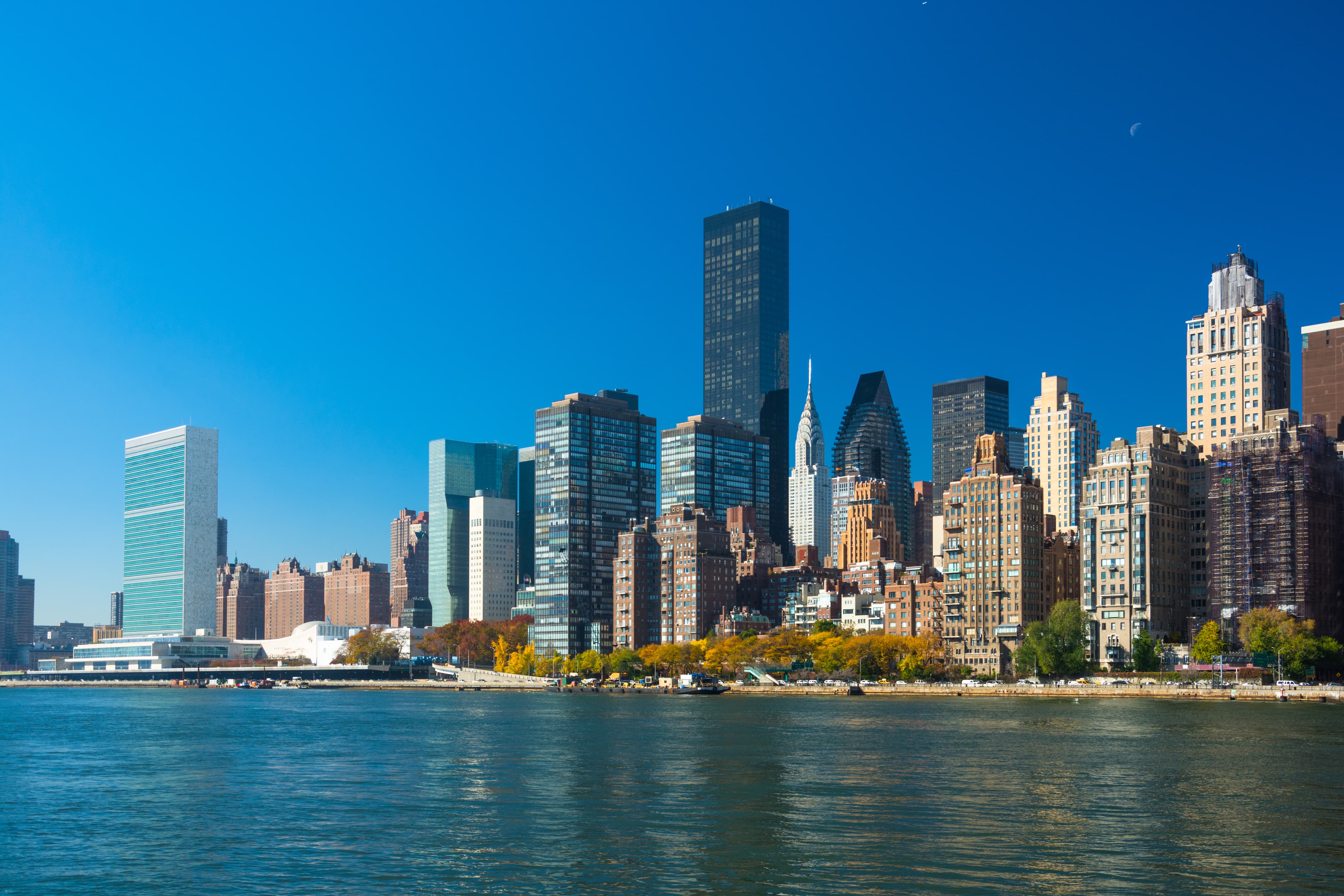 These incredibly heavy instruments are suspended - often on the upper levels of skyscrapers - and sway as buildings move, counteracting motion and creating a more stable environment for those inside.

Several tall buildings already use these dampers - including Taipei 101 in Taiwan, and the Trump World Tower, 432 Park Avenue and 53W53 in New York.

The advancements in wind load engineering made over the last 100 years have enabled the incredible skyscrapers we see today to become a reality.

With further research underway and an incredible range of new technology innovations currently entering the construction industry, we could see tall buildings rising even higher in the years ahead.

This video was produced in collaboration with SimScale. Create a free SimScale account to test the cloud-based simulation platform here.