With the global population set to exceed 10 billion people by 2050, the challenge of providing enough food for everyone in a sustainable, efficient and cost-effective way is rising in significance. Shedding the restrictions of seasonal weather patterns, overcoming transportation challenges and significantly enhancing yields, the growing trend of “vertical farming” could herald the future of food production.

FOR thousands of years, human populations have farmed the land for food. But with a sharp rise in the number of people on our planet over recent centuries – as a result of the industrial revolution, increased living standards and falling mortality rates – the pressure on traditional farming has continually increased.

While modern techniques have enabled enhanced production rates, more than 11% of the world’s total land area is now used for crop production - creating environmental challenges that range from habitat clearing to soil degradation - and placing immense pressure on our planet’s resources.

Furthermore, as our cities expand, the distances between suitable farming land and the large populations who consume their produce are growing, raising the impact of transportation.

Added to these challenges is a changing climate that is disrupting seasonal weather patterns and the lack of suitable soils in close proximity to rapidly expanding areas.

One potential solution is the quite literally growing trend of "vertical farming" - a concept that sees the sprawling crop farms of old condensed into much smaller factory-like sites where conditions can be optimised and yields significantly increased. 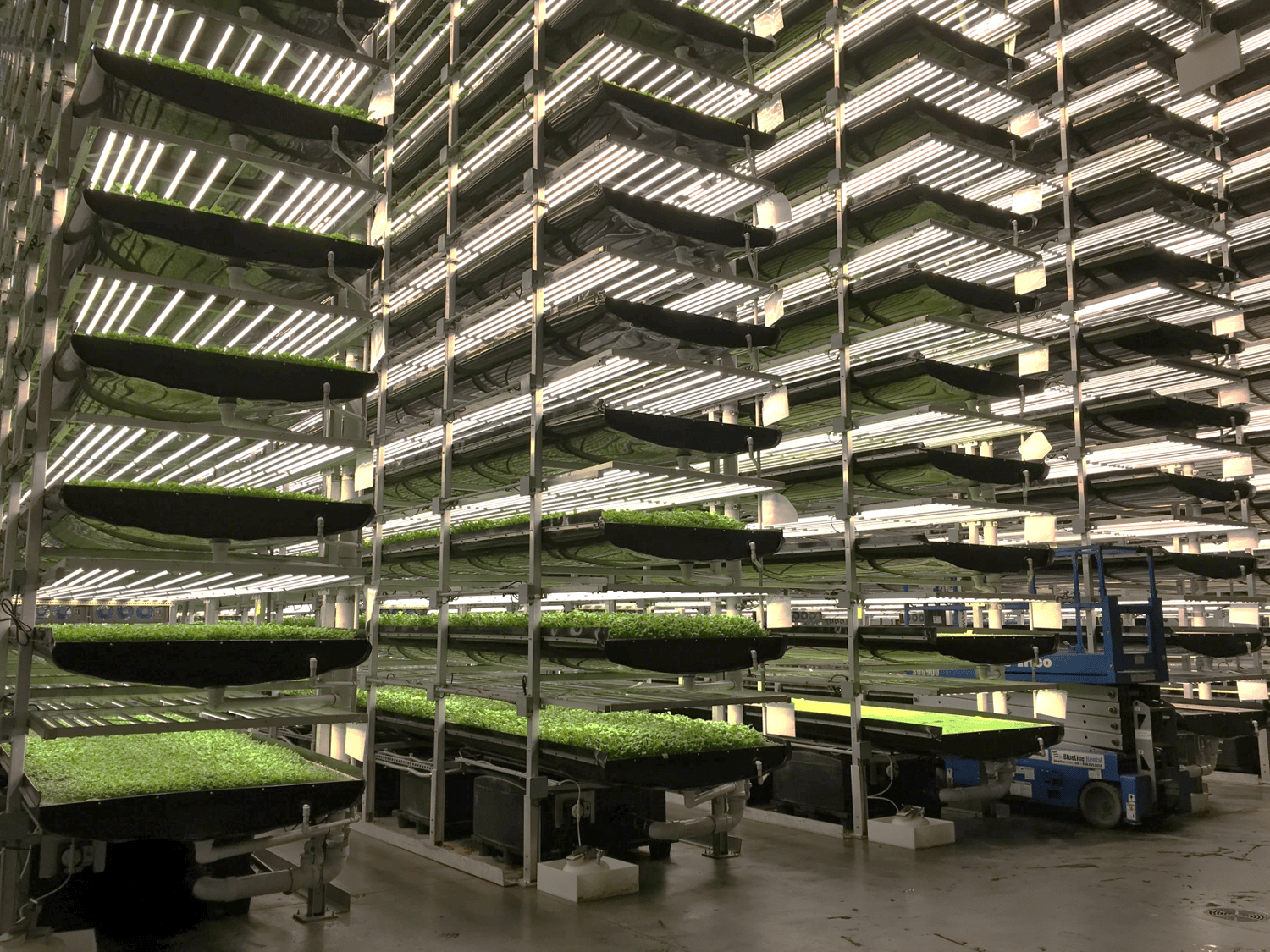 Facilities like Aerofarms’ in New Jersey see crops produced in an enclosed environment where almost everything from the lighting and ambient temperature to soil conditions and nutrients are carefully controlled.

The facility uses extensive vertical racking to optimise space as compared to a conventional crop farm, enabling it to be located on a far smaller site and much closer to an established urban area.

Such a location reduces the extent of haulage or “food miles” required to transport produce to consumers, cutting CO2 emissions.

Geography aside, the creation of controlled conditions delivers many benefits.

Firstly, the process of crop production is insulated from seasonal weather patterns that are highly susceptible to disruption as a result of our changing climate.

On a vertical farm, lighting, water and temperature can all be optimised to remove climatic risks and enhance production rates. As a result, sites like MIRAI’s facility near Tokyo – the world’s largest city – are able to generate yields 50 to 100 times greater than that of a traditional crop farm.

The use of a controlled environment also eliminates the losses from birds and insects that must be factored on conventional farms, cutting the need for harmful pesticides to be used and improving the quality of produce. 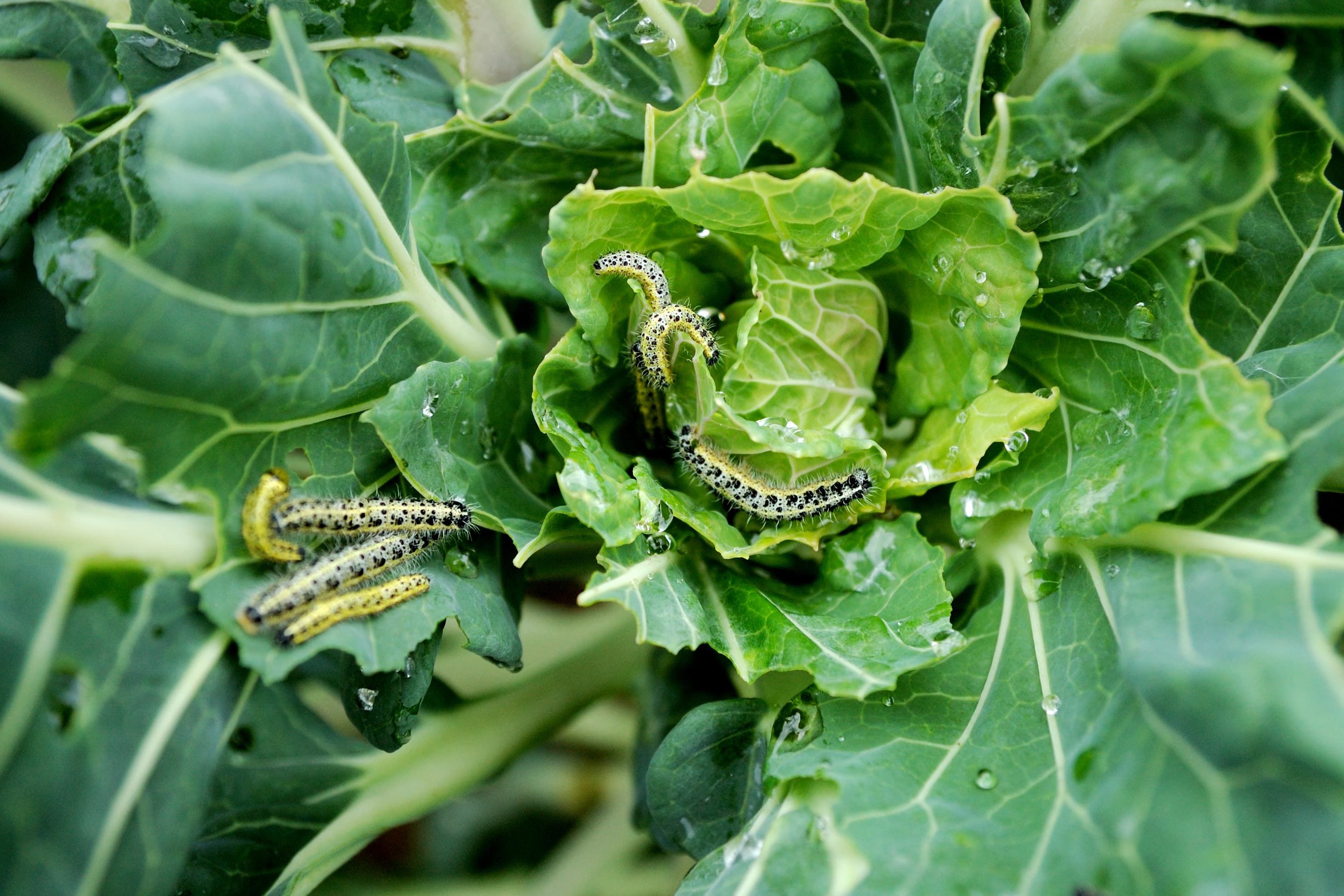 Above: By removing external factors, like weather and insect damage, vertical farms can produce more nutritious food with fewer pesticides.

Vertical farms also optimise the level of nutrients that crops receive, solving the challenge of finding a sufficient extent of suitable farming land in close proximity to a major urban area.

In many instances, soil is removed altogether and crops are grown on membranes where they are sprayed with nutrient-rich solutions.

Of course, vertical farms do have their limitations and critics have pointed to the level of energy required to maintain such refined environments.

While these concerns are valid, several vertical farms are powered by renewable technologies and recycle many of their resources.

The use of energy efficient LED lighting reduces power consumption, while the blue and red shades of light are even more economical to run. 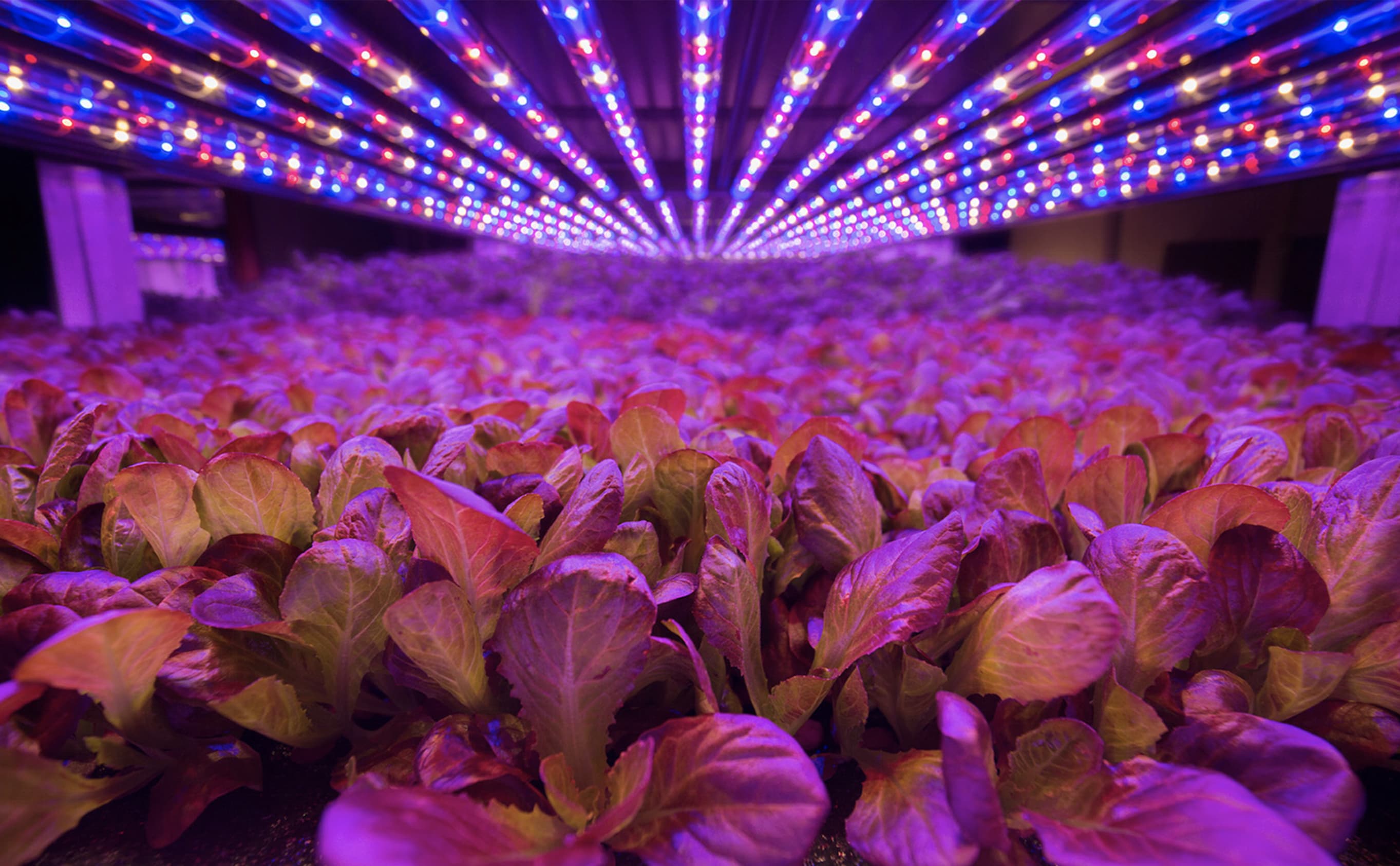 The optimised crop production process also allows vertical farmers to reduce the amount of water used, and many vertical farms are served by rainwater harvesting systems. Some even collect and recycle the water that condenses within the controlled environment itself.

This closed-cycle approach has the added benefit of preventing nutrients and fertilizers from damaging the land or being washed in rivers and streams.

Though the cost and availability of land for vertical farms in urban areas can prove challenging, many facilities are finding home in re-purposed shipping containers, former factories and disused warehouses. 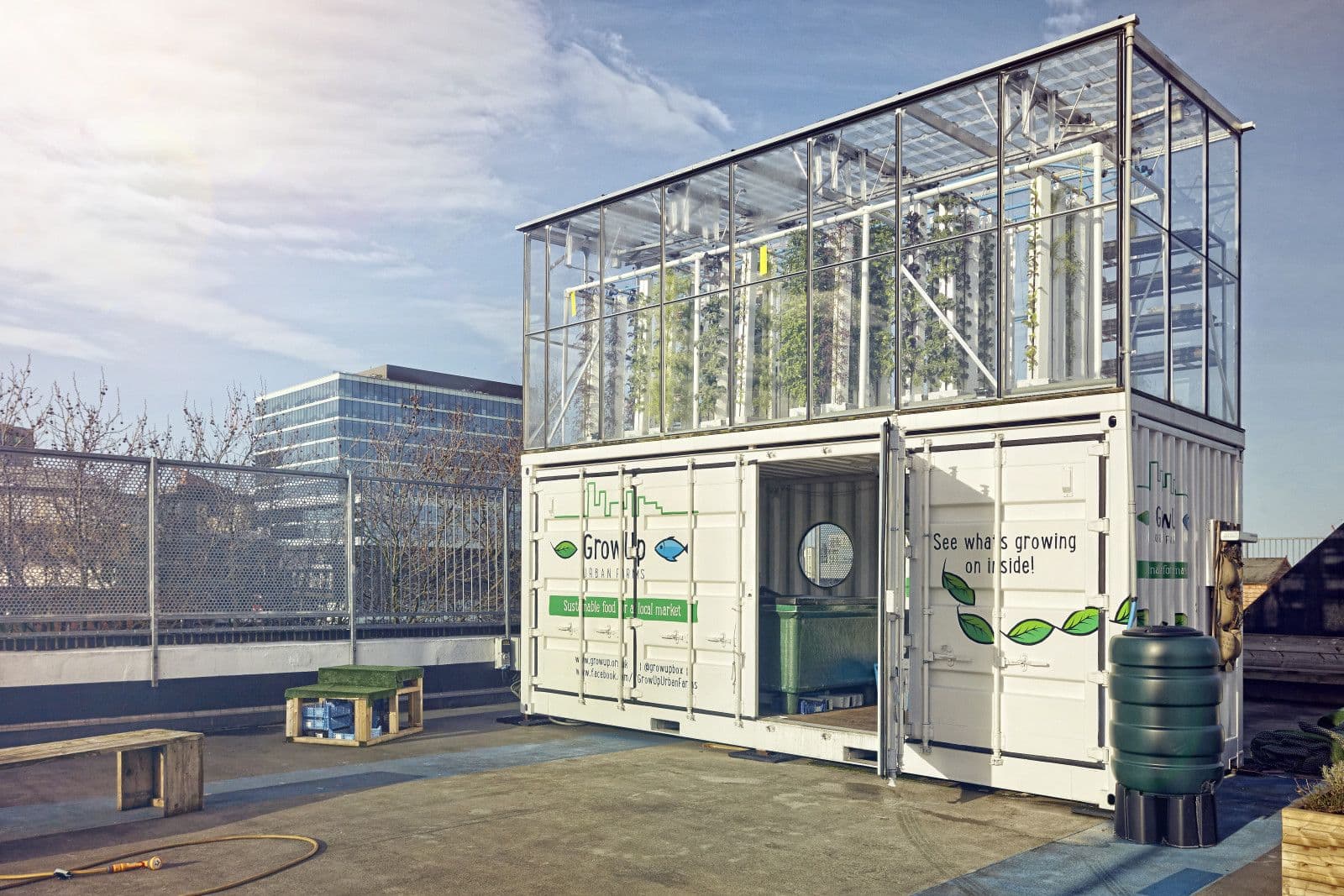 More sophisticated schemes, like the proposal by Studio NAB below, could even see the vertical farming concept broadened to include the production of fish and honey while re-connecting consumers with the food production process and establishing sustainable jobs for the surrounding community. 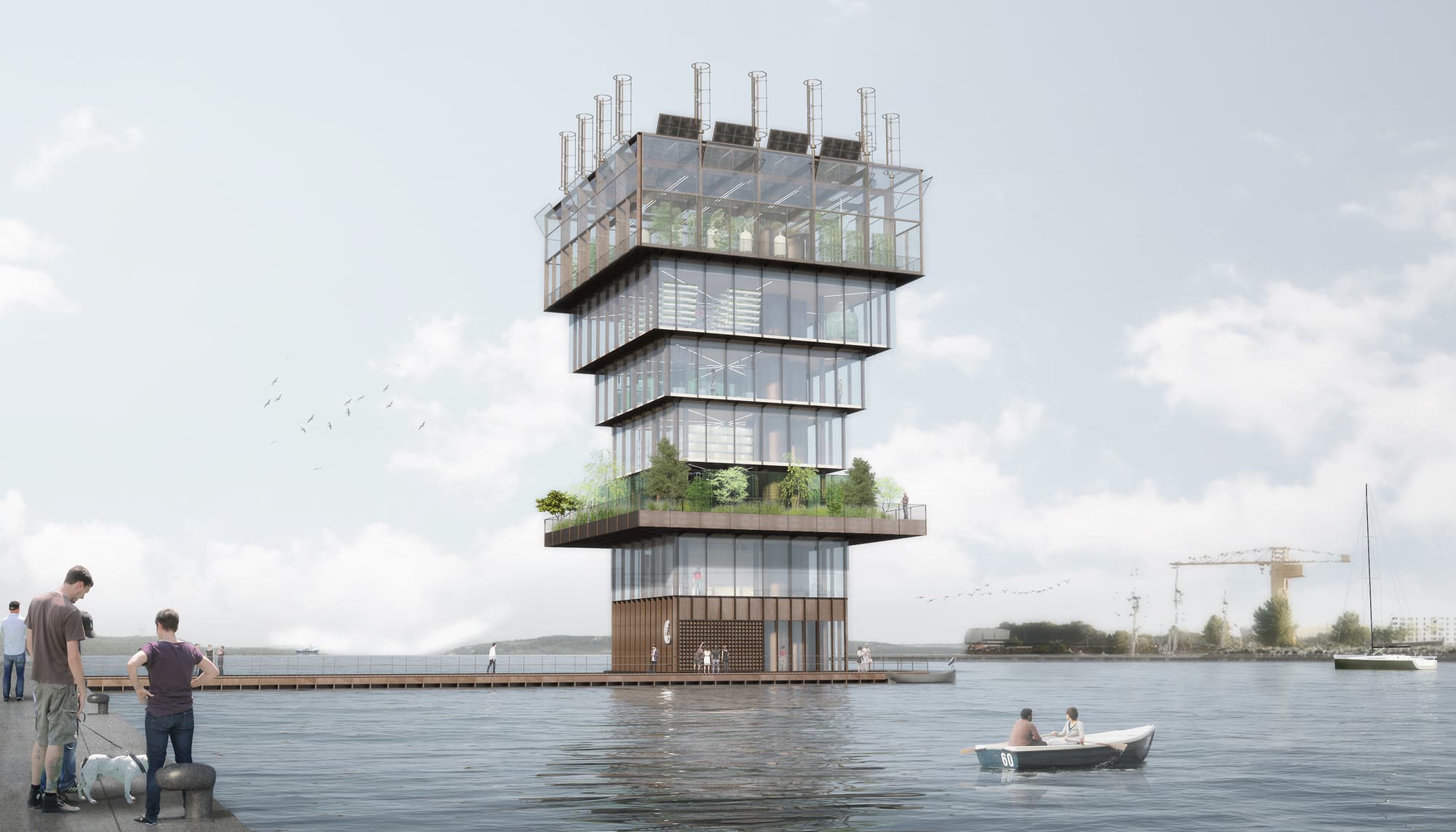 Above and Below: Studio NAB's vertical farm proposal (images courtesy of Studio NAB). 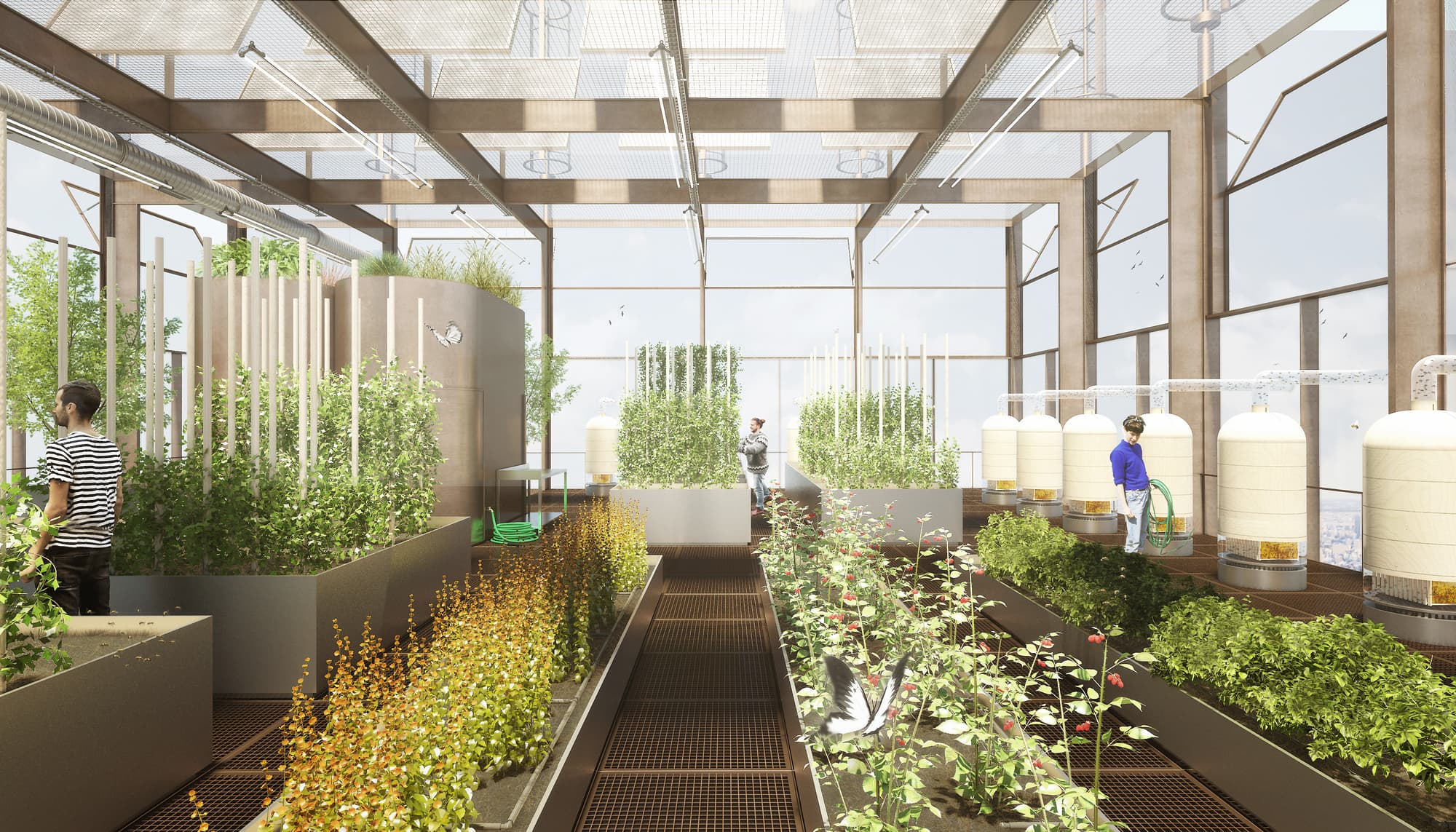 While the vertical concept still represents a small part of the global food production industry, the benefits it offers to our ever-expanding population could come to tilt the farming landscape by 90 degrees.

Images courtesy of Kyodo Via, Ilimelgo Architects, AeroFarms, David Williams, Mandy Zammit, Priva, GreeOx, Grow to Green, GrowUp Urban Farms, Heather Aitken and Studio NAB.
We welcome you sharing our content to inspire others, but please be nice and play by our rules.