SKYSCRAPERS have come to define our cities. But the vertical urban landscapes we are familiar with today were in fact enabled by an engineering and construction rivalry between two of America’s largest cities, that stretches back almost 130 years.

Up until the 19th century, tall buildings were largely limited to military fortifications, bell towers and religious structures - that used their height for strategic, ornamental or spiritual purposes. 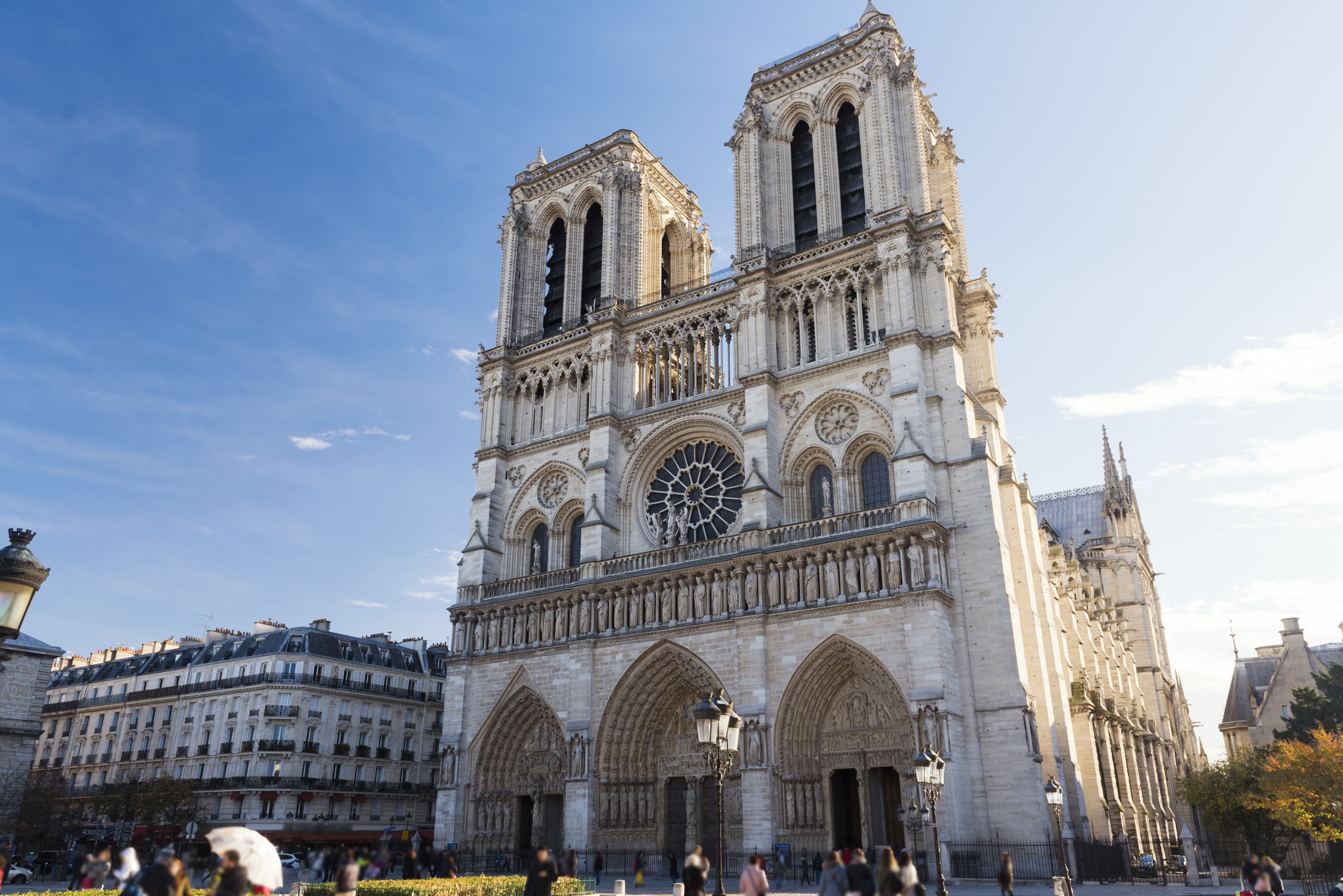 Above: Historically, like Notre Dame in Paris, tall buildings were houses of worship, bell towers or military fortifications.

With land more freely available and stairs as the only means of vertical access, there was little to drive the construction of high rise structures.

Additionally, the practice of building with external load-bearing walls caused structures to thicken at their bases as they grew taller, reducing floor area on the more desirable lower levels. 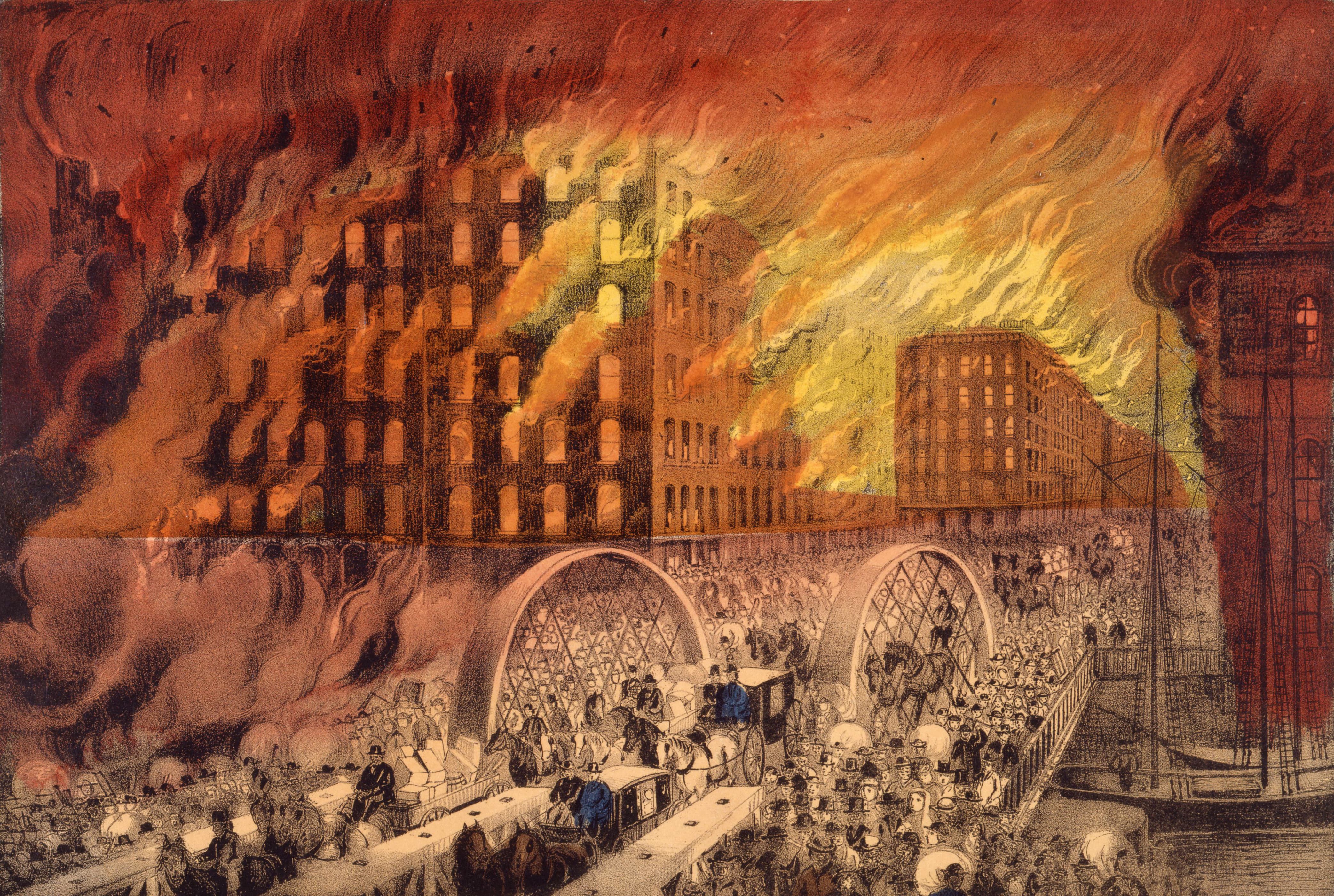 Above: The Great Fire in Chicago spurred the development of buildings with fireproof metal frames (image courtesy of Chicago Historical Society).

In the midst of a booming recovery from the Great Fire of 1871, availability of land in the city of Chicago forced developers and engineers to embrace these new innovations and to begin building upwards.

The result was the Home Insurance Building - a 10 storey structure completed in the late 1880s that became the world’s first skyscraper. 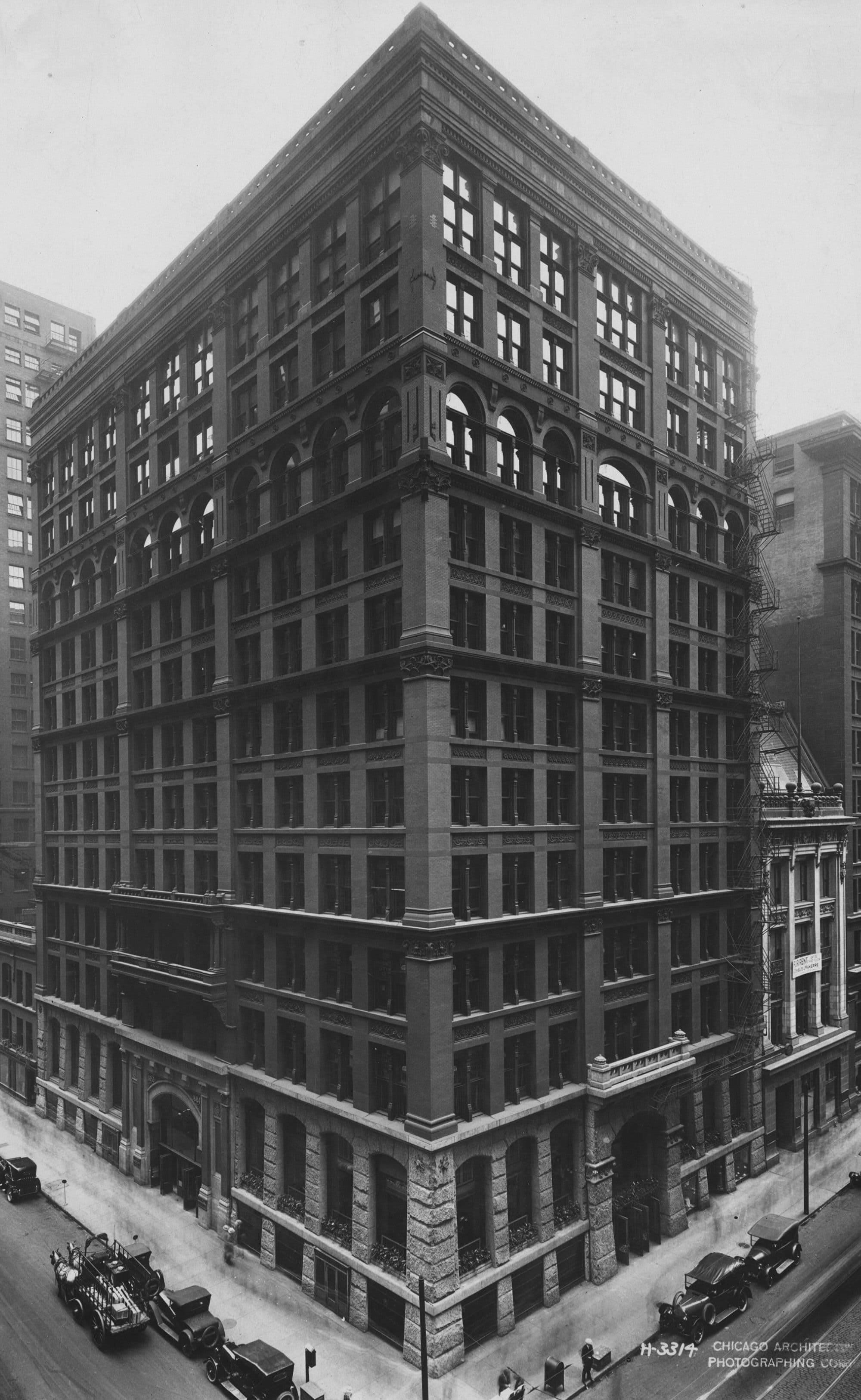 The building was the first tall structure to be supported both internally and externally by a fireproof metal frame.

Seen as a modern wonder, the principle employed at the Home Insurance Building quickly became a favoured design technique in Chicago. 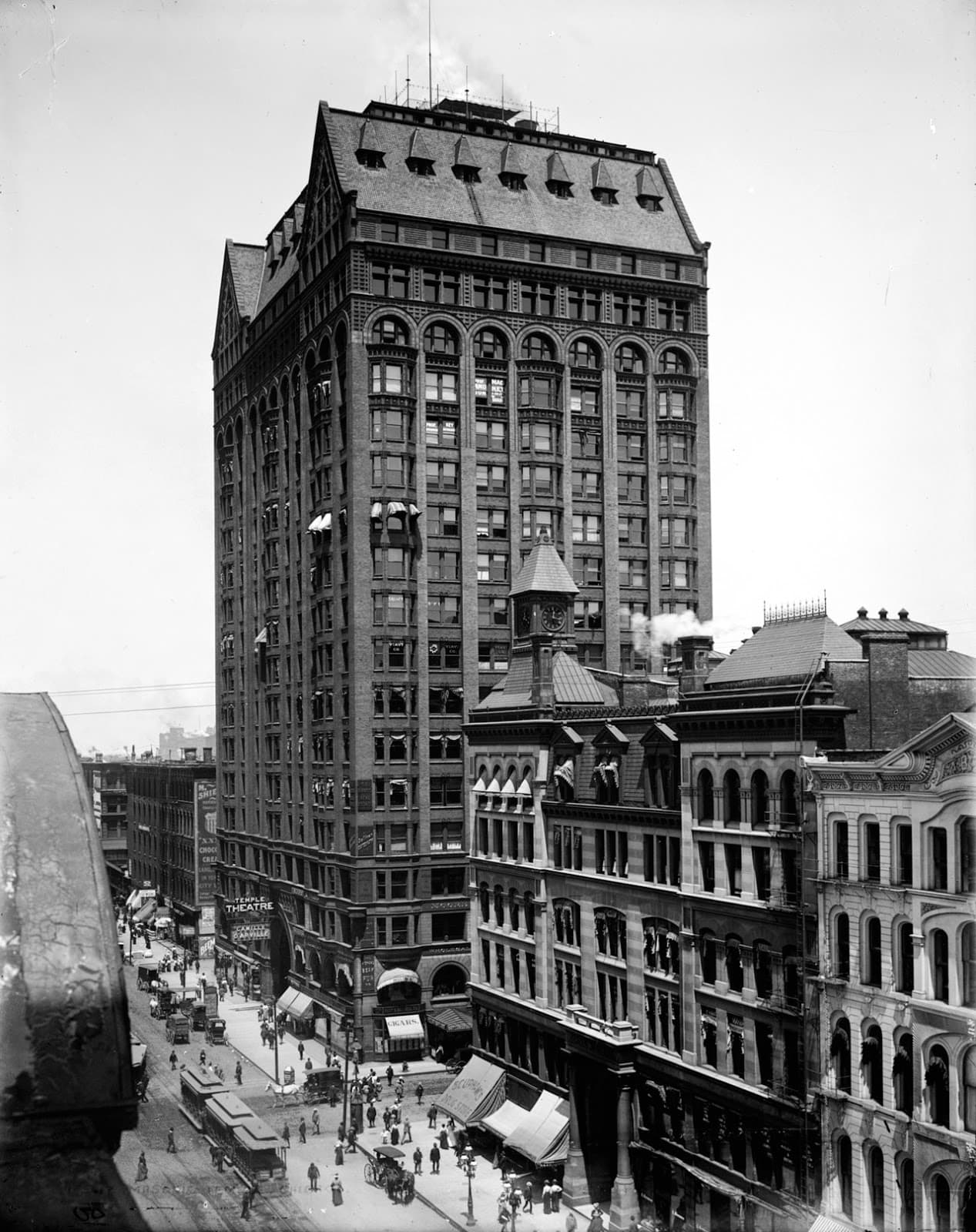 Above: The Masonic Temple was the tallest building in Chicago between 1895 and 1899 (image courtesy of Chicago Daily News Archives - US Library of Congress).

Fighting for dominance with European markets and experiencing a tripling of its population between 1840 and 1870, New York City saw Chicago’s vertical progress as a solution to the challenges it faced.

New York City’s planning authorities approved the use of metal frames in 1889 and allowed the 11 storey Tower Building to be built - paving the way for numerous other high rise structures across city, though notably more modest in height than those found in Chicago. 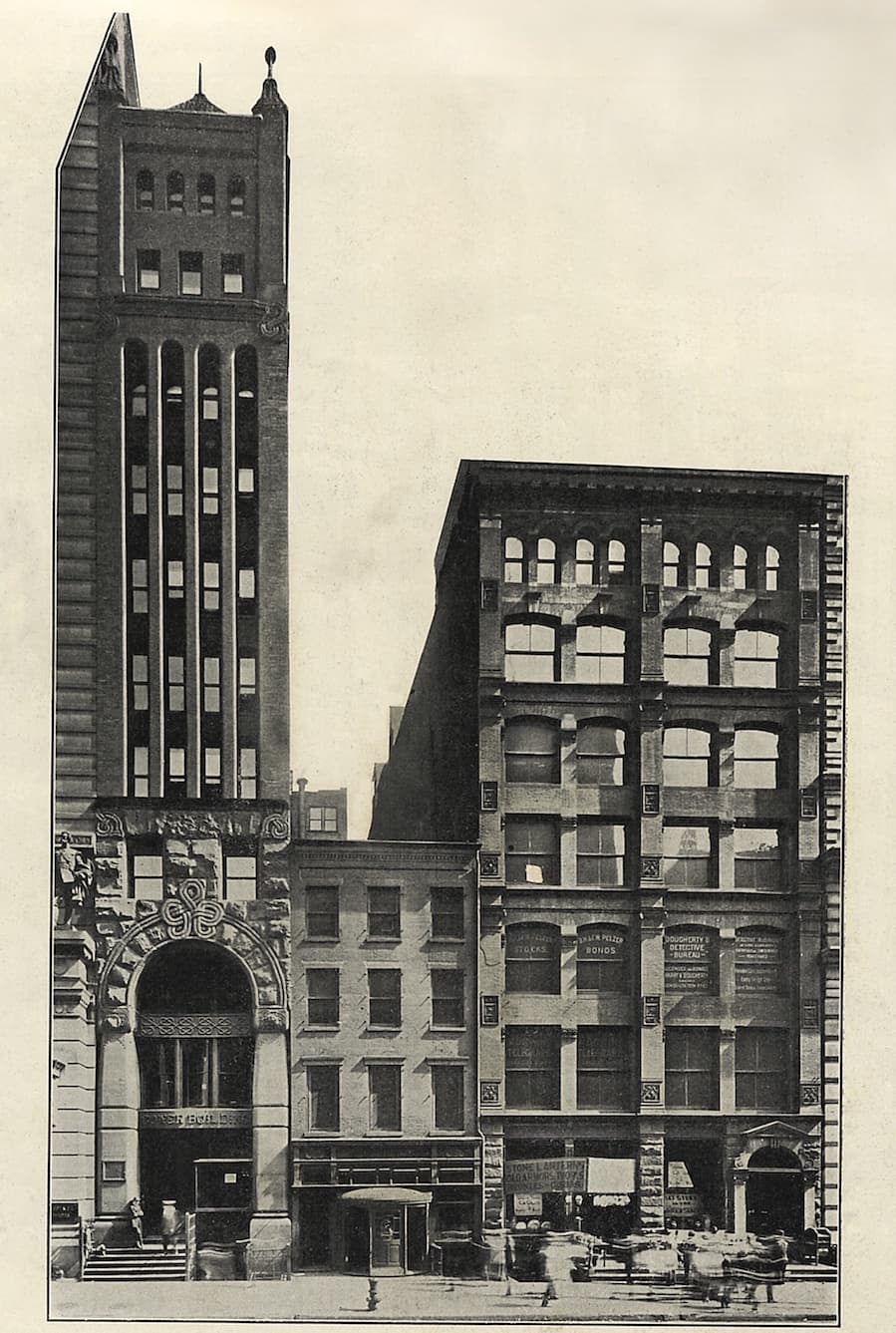 Above: The Tower Building was the first built in New York City to be built using a steel frame (image courtesy of The Skyscraper Museum).

As America’s cities continued to boom at the end of the 19th century, it seemed that Chicago was destined to lead the nation in skyscraper construction.

However, public opinion around these large, dense buildings was steadily turning, fuelled primarily by the significant shadows they cast across urban areas for long stretches of the day.

The Panic of 1893 was a key turning point. Regulations were introduced that limited the height of new buildings in Chicago to just 150 feet (43 metres) in an effort to allow completed vacant buildings to become occupied following the downturn.

In 1895 New York City finally out built Chicago by just one foot with the 303 foot (92 metre) American Surety Building. Standing 20 storeys tall on completion, a further five levels were added during renovation works in the early 1920s.

THE TORTOISE BECOMES THE HARE

While steel framed structures were now being built across the United States - in cities such as Boston, Baltimore and San Francisco - construction in New York City went into overdrive. With Chicago’s height restrictions in place New York began to pull ahead in the race for the skies.

1902 saw the completion of the iconic Flatiron Building. Rising from a unique triangular site, the tower could not have been built without the use of a steel frame.

In 1908 the 186 metre Singer Building joined the skyline and became the world's tallest building - a title that would go on to reside in Manhattan for well over half a century. 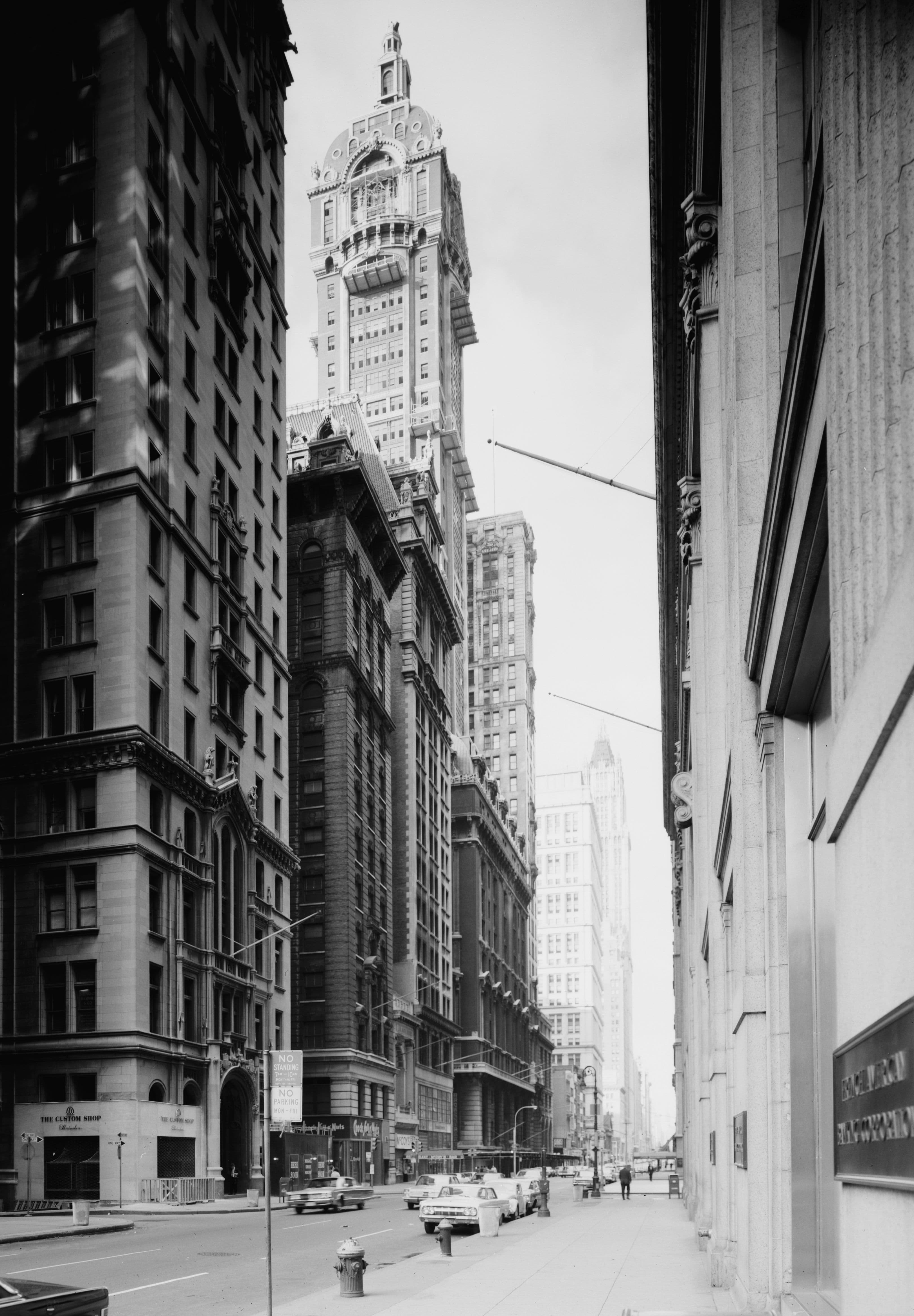 Above: The Singer Building in New York City was the world's tallest skyscraper when it completed in 1908.

Within a year, the Metropolitan Life Insurance Company completed their 700 foot (213 metre) tower and took the title from the Singer Building.

The MetLife Tower then remained the world’s tallest until 1913 when the 791 foot Woolworth Building completed.

As in Chicago, concerns around shadowing and building mass began to be raised by the public, particularly following construction of the vast Equitable Life building in 1915. 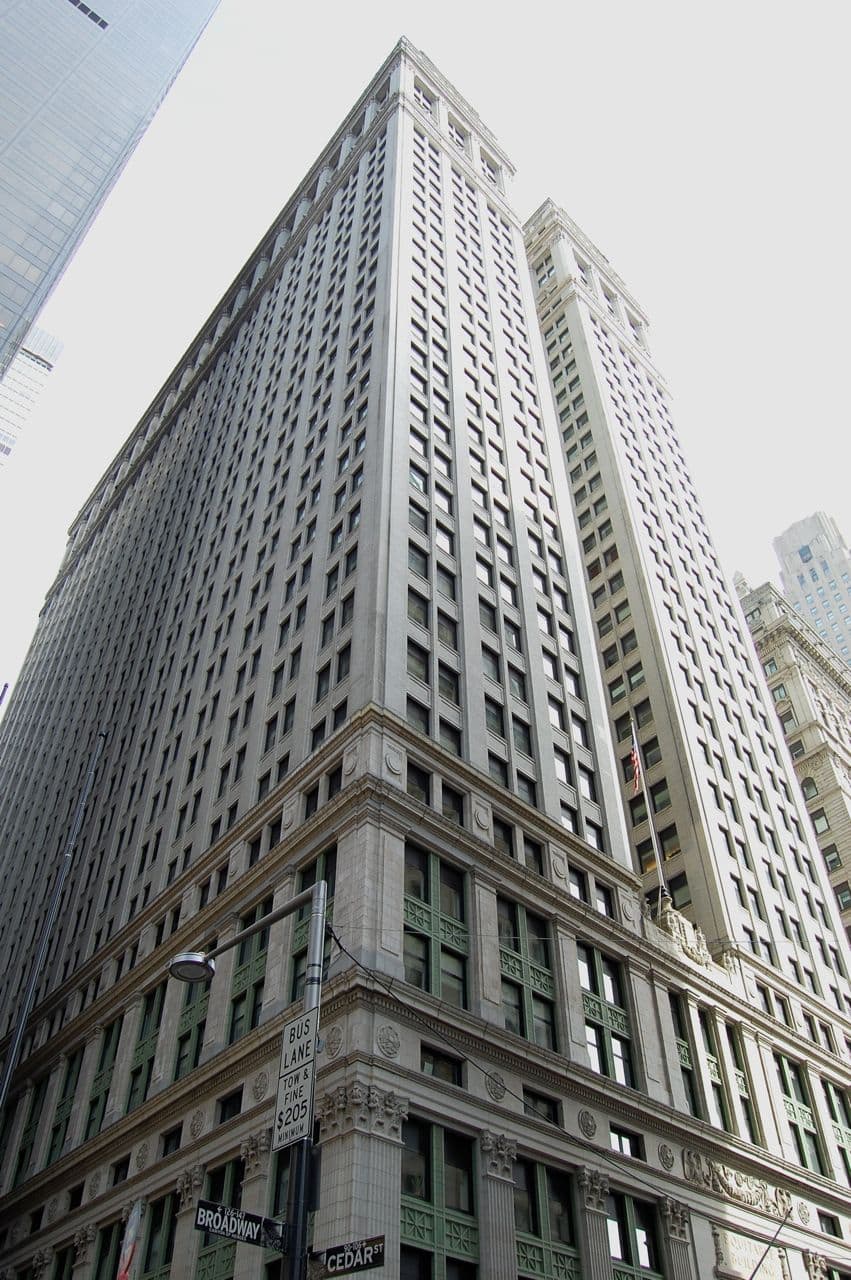 Above: The scale of the Equitable Life Building lead to New York City introducing zoning laws for tall buildings in 1916 (image courtesy of Fletcher).

Rather than limiting the height of buildings as Chicago did, New York City’s planning authorities instead passed the 1916 Zoning Resolution requiring setbacks on structures to preserve light at street level and improve air circulation.

This resolution gave rise to the famous tapered skyscrapers we see in Manhattan today, and became the blueprint for the regulation of skyscraper construction around the world.

After the First World War, construction once again boomed across the United States.

With height limits imposed and limited development undertaken during the war, Chicago faced a shortage of office space which saw rents double. In response, the city’s height limits were raised to 260 feet (79 metres), whilst ornamental features were permitted to stand up to 400 feet (120 metres) high. 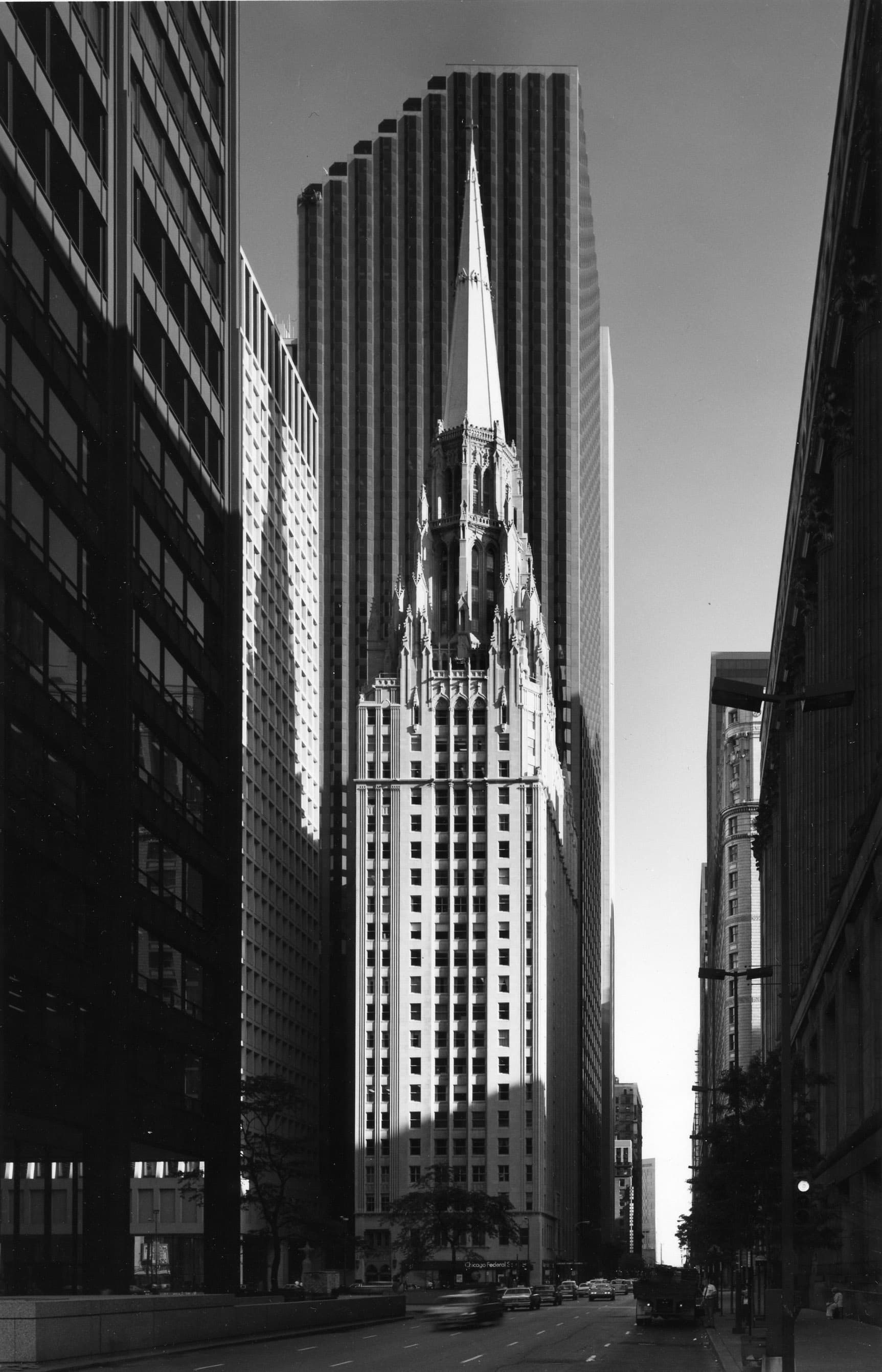 Above and Below: The Temple and Wrigley Building's were among the first built after Chicago relaxed their height limits (image courtesy of the First United Methodist Church of Chicago) 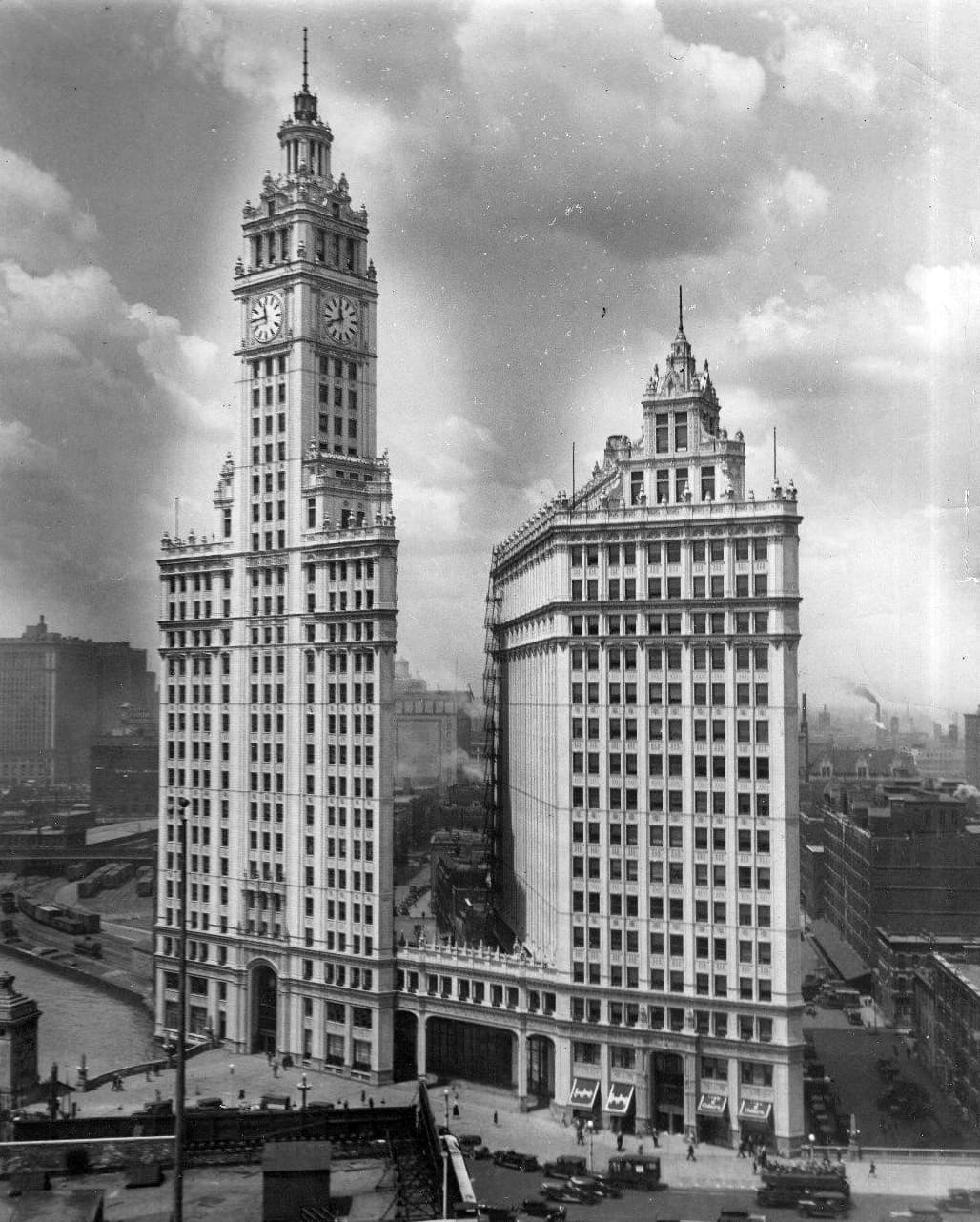 However, despite Chicago’s progress and relaxation in restrictions, New York City’s dominance began to prove unstoppable.

Back on the east coast - and despite the Great Depression beginning to bite - the 928 foot (283 metre) Bank of Manhattan Trust Building (now known as 40 Wall Street or the Trump Building) was completed in 1930. 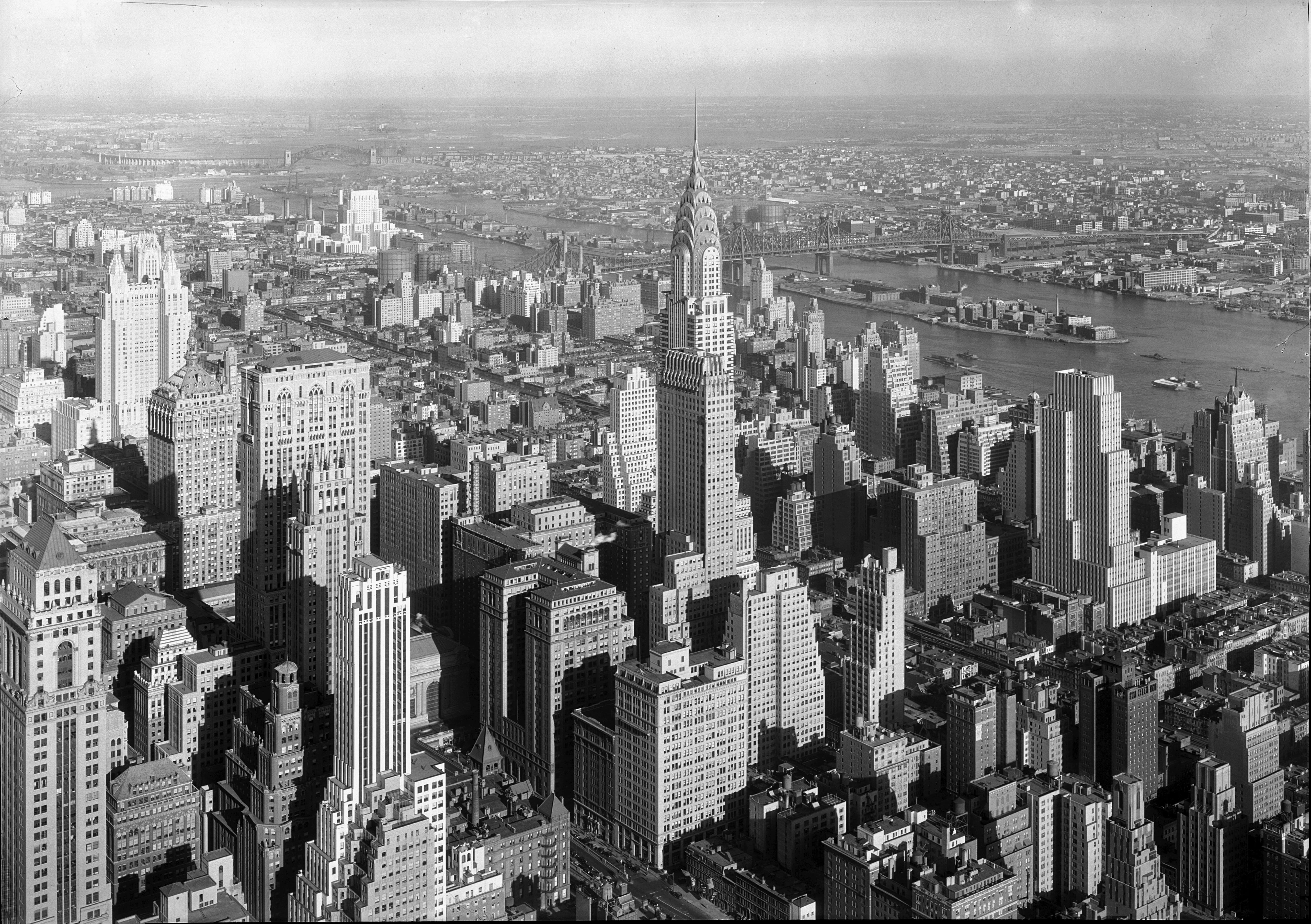 Above: The Chrysler Building was the world's tallest between 1930 and 1931.

This structure held the title of world's tallest building for just a few months before being overtaken by the 1,050 foot, 320 metre Chrysler Building which completed in the same year.

In 1931, the 1,250 foot (381 metre) Empire State Building was completed but remained largely vacant in its early years as a result of the economic downturn. 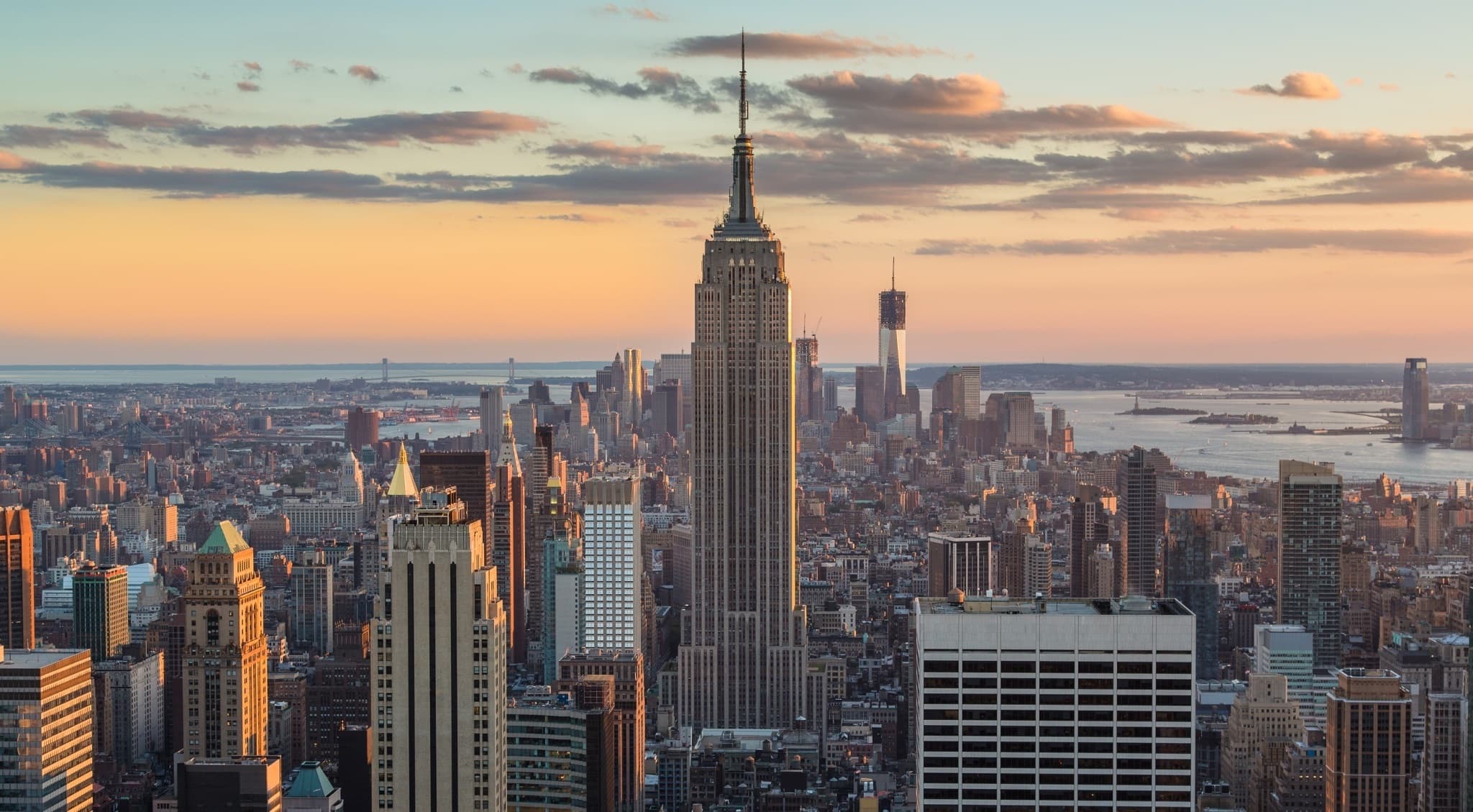 Above: The Empire State Building, the former world's tallest and one of the most iconic buildings in the world (image courtesy of Sam Valadi).

The depression, followed by the Second World War marked the start of global dry spell in skyscraper construction, and the Empire State Building remained the world’s tallest building for the next 40 years.

THE SKY'S THE LIMIT

While the race between the two cities stagnated during the 1950s and early 60s, new building techniques began to emerge that allowed for the construction of even taller skyscrapers.

This new method of elevator configuration, combined with revolutionary “tube frame” structural design - that moved much of the building’s structural elements to the perimeter walls - allowed the One World Trade Centre tower to rise to a height of 1,368 feet, dethroning the Empire State and becoming the world’s tallest building.

A new wave of skyscrapers also began to emerge in Chicago. The 1,127 foot (344 metre) John Hancock Center became the city's tallest building in 1969, and was followed by the Aon Center in 1973 standing 1,136 feet tall.

The Sears Tower (now known as the Willis Tower) went a step further with tube frame design. By treating the building as a series of interconnected tubes, the “bundled tube” system created an even stronger structure. 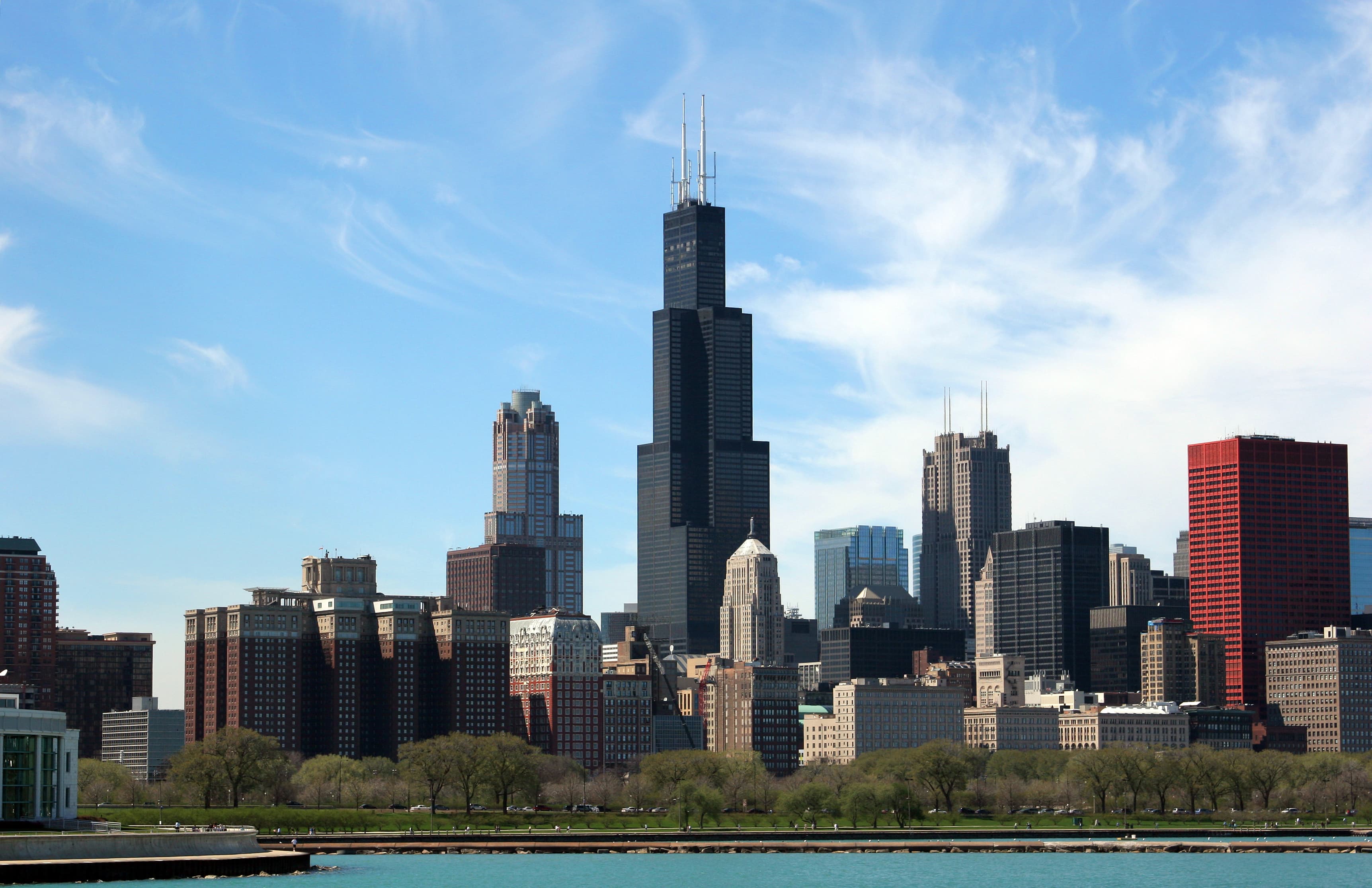 Above: The Sears (now Willis) Tower reclaimed the title of "World's Tallest Building" for Chicago after nearly 90 years.

Completion of the 1,451 foot, 442 metre tower in 1974, moved Chicago back ahead of New York and saw the title of world's tallest building return to the city for the first time in almost 90 years.

New York and Chicago’s race for the skies cooled significantly around the turn of the millennium as Kuala Lumpur’s Petronas Towers became the world’s tallest building in 1998 and as the nation bounced back from the terror attacks of 2001.

Much of the first 15 years of 21st century saw Lower Manhattan’s ground zero site re-developed and the new One World Trade Center reach a height of 1,776 feet - nodding to the year of American Independence and becoming the tallest building in the United States. 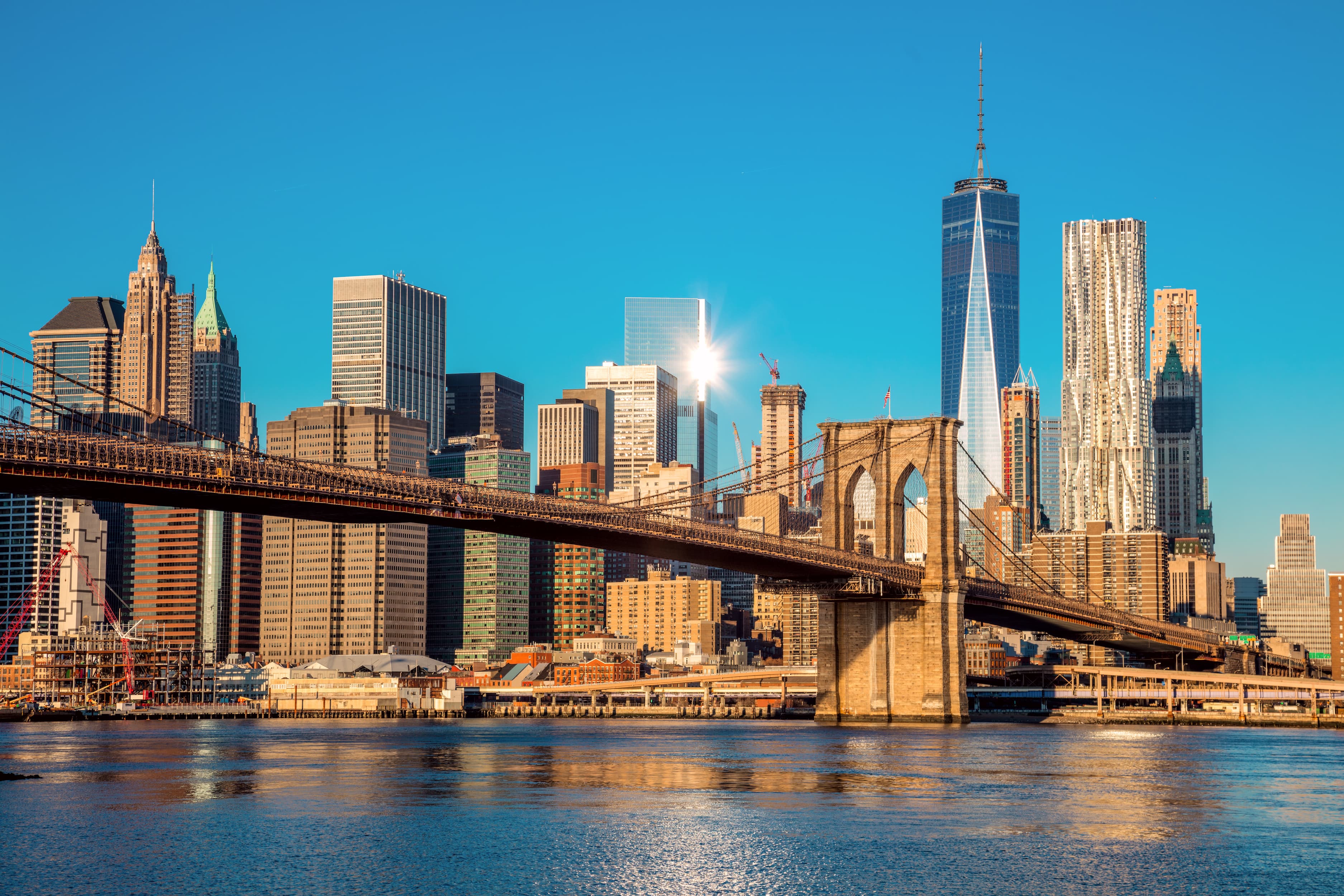 Above: Lower Manhattan went through a period of redevelopment after the September 11, 2001 attacks with the new One World Trade Center becoming the tallest building in the  United States when it completed in 2013.

Today, a new wave of skyscraper construction is erupting in these cities, and the race for the skies has taken on a truly modern dynamic.

For all the taller structures that now define our urban centres around the world - almost everything is owed to the engineering and innovative breakthroughs that came out of the passionate competition between Chicago and New York.