THE skyscraper is undeniably an American invention.

Soaring first above Chicago and then New York in the late 1800s, these incredible structures became symbols of the United States’ (US) growing economic might and power.

Throughout the 20th century, the US dominated the race for the skies. But now, as the 21st century begins to come of age, we have seen a dramatic shift in where the majority of these structures are being built.

While the United States may remain the spiritual home of the skyscraper, China - with its booming economy and surge in urban growth - has quickly overtaken the US in almost every aspect of skyscraper construction.

Above: The Shanghai skyline.

The first building in the world to be called a skyscraper was constructed in the US in 1885.

Chicago’s ten-story Home Insurance Building had an at-the-time unique steel frame structure that allowed it to soar above everything else in the city. It so marvelled the general public that the phrase "skyscraper" was coined.

For our purposes, however, the first true skyscraper - currently defined by the Council on Tall Buildings and Urban Habitat (CTBUH) as a habitable building that reaches 150 metres in height - was the Philadelphia City Hall, constructed in 1901.

In the 118 years since then, a total of 801 skyscrapers have been built, in some 38 cities across the US.

Those buildings include some of the most iconic structures on Earth - Chicago’s Willis Tower and the John Hancock Centre, San Francisco’s Transamerica Pyramid, New York’s Chrysler Building and, of course, the Empire State.

These towers pioneered new construction methods and essentially created the fabric of the modern city. 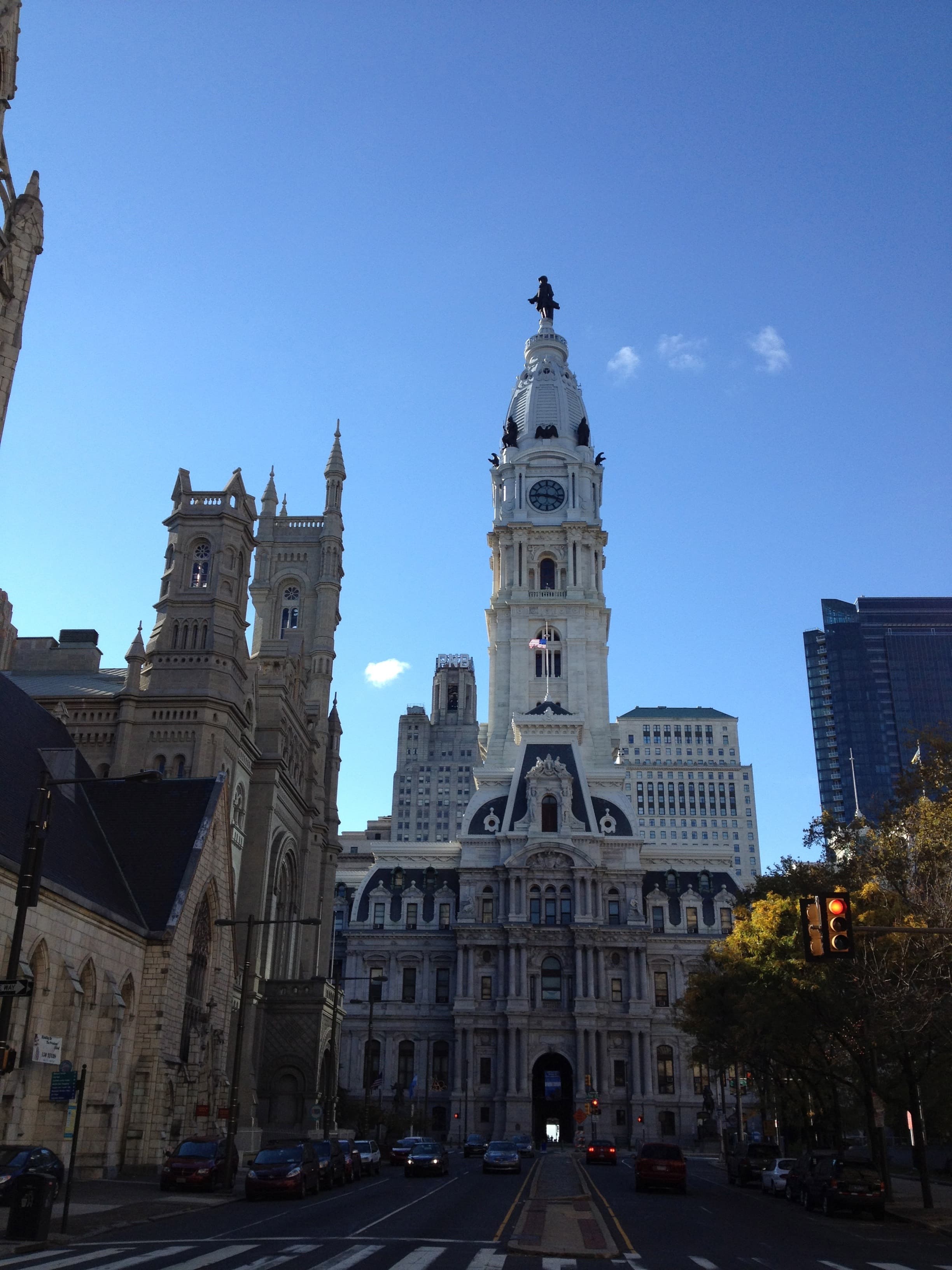 Above: Philadelphia City Hall was the world's first true skyscraper.

The 1960s bought incredible innovations in engineering with the advent of tube structural systems, allowing buildings to reach new heights. The title of the world's tallest building swapped from New York to Chicago, and back to New York again, in a matter of years.

China, on the other hand, did not construct its first skyscraper until 1985, with the Guomao Building in Shenzhen.

The first truly high rise city in the region was Hong Kong.

While not becoming apart of China until 1997, the city's unique geography and economic prosperity allowed it to blossom into a skyscraper paradise.

More than 355 skyscrapers have been constructed in the city - 301 of which have been built since it became part of China - making it the city with the most skyscrapers in the world. By comparison, New York has 280 structures meeting the skyscraper definition.

Above: Hong Kong has more skyscrapers than any other city in the world.

Other cities in China have quickly caught up to Hong Kong, the most impressive of which is the neighbouring Shenzhen.

Since building the country’s first skyscraper in 1985, the city has grown at a phenomenal rate. Becoming China's first special economic zone in 1980 catalysed foreign investment into the region, and Shenzhen went on to become one of the fastest growing cities in the world during the 1990s and 2000s.

It is now dubbed the "Silicon Valley of China", and is probably where your mobile phone was made.

The city now has 21 supertalls (that is, buildings that exceed 300 metres in height), including the 599.1 metre high Ping Am Finance Centre. Within the next five years, the city is expected to have more than 307 skyscrapers.

This boom in construction is driven principally from China’s incredible economic growth, which in turn has driven the largest and fastest rate of urbanisation the world has ever seen.

In the last four decades China has gone from 17.9 percent of its population living in cities, to over 58 percent.

For perspective, it took the Western world more than two centuries to reach this rate of urbanisation. This has created an enormous demand for residential, retail and office spaces in city centres. A demand only high rise construction on a mass scale can fill. 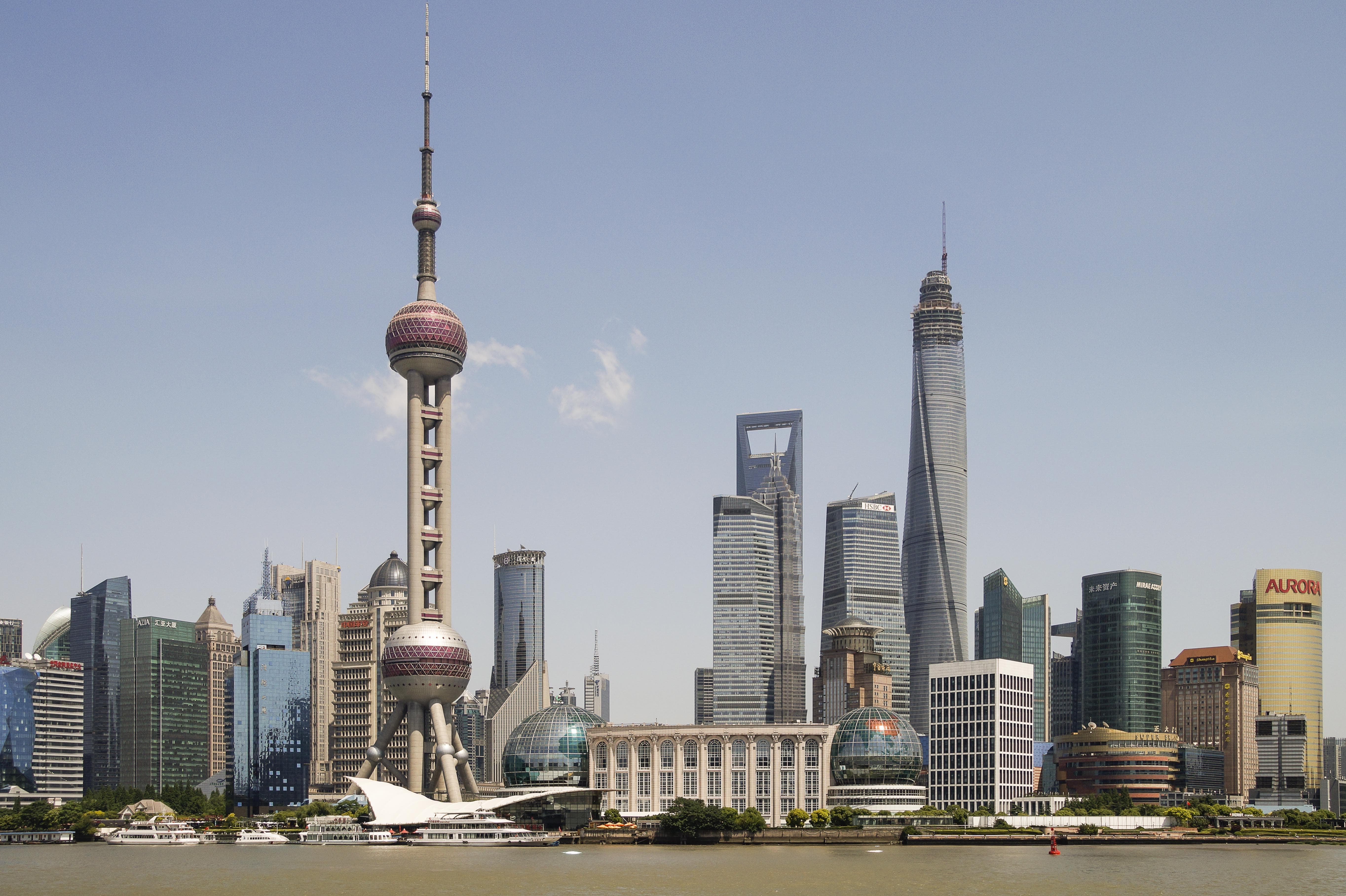 Above: The growth of Shanghai is a powerful example of China's rapid rate of urban expansion.

Indeed there are currently 303 skyscrapers under construction in China, while in America, there are just 47. Of those, 57 in China will be supertalls or higher, while only 3 in America will enter the same category.

The United States' current tallest buildings are Chicago’s Willis Tower, New York’s recently topped-out Central Park Tower, and One World Trade Centre - which reaches a height of 541 metres (or 1,776 feet) with the help of a 124 metre tall spire.

Even with this vanity height included, the tallest building in China far surpasses One World Trade Centre.

The 632 metre Shanghai Tower breaks into the rare “megatall” category by exceeding 600 metres in height and is the second tallest building in the world. 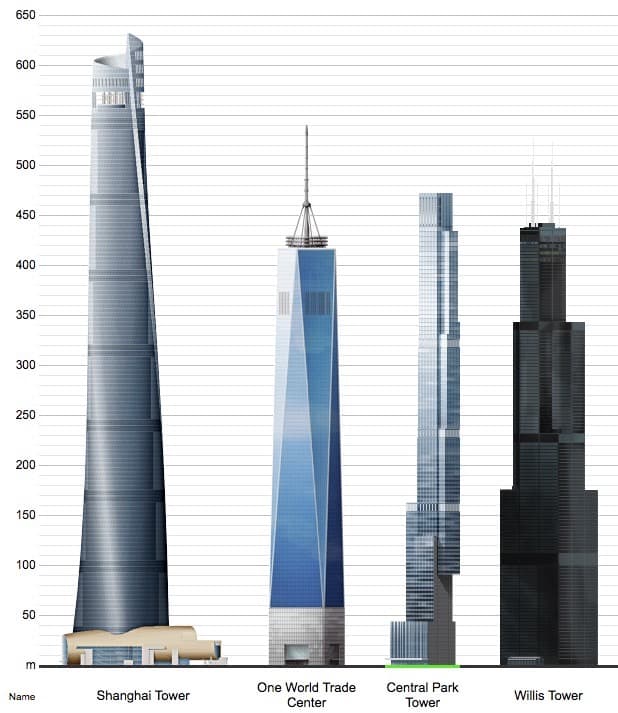 Above: The three tallest buildings in the US pale in comparison to China's tallest (courtesy of Skyscraper page.com).

In the battle for skyscraper dominance the United States led the way for much of the 20th Century. However, China has constructed more skyscrapers in the last decade than the United States has in 118 years. In 2018 alone, China built half of New York City.

While skyscrapers may have been born in the United States, they are now officially in China's domain.