While numerous factors determine the economic standing of a city, one of the most visual indicators of growth is the number of skyscrapers under construction.

Demanding significant effort and investment in order to become reality, skyscraper construction is often linked to a city’s economic cycles. 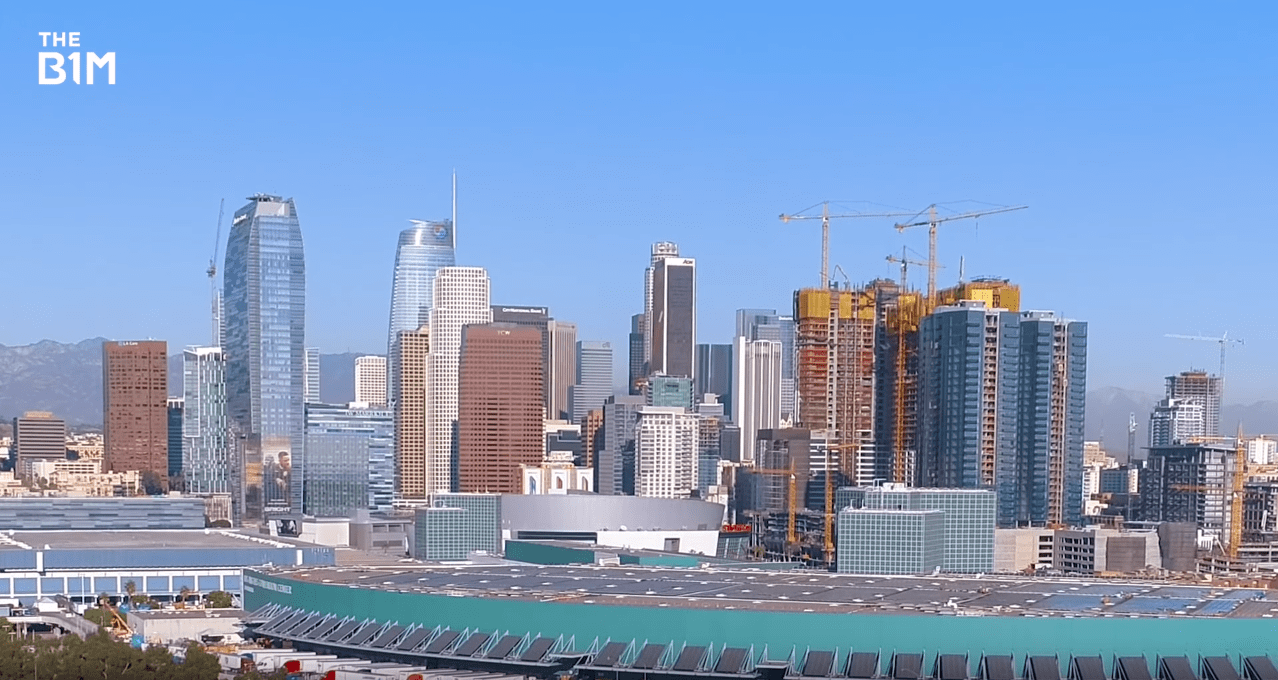 Above: Skyscrapers under construction are a visual indicator of a city's growth.

So where are the current areas of growth? What is driving the skyscraper booms in these cities? And what does this say about the broader state of the global economy?

Before we begin, it is important to explain that the Council on Tall Buildings and Urban Habitat (or CTBUH) define a skyscraper as a freestanding structure exceeding 150 metres in height and with at least 50% of its height consisting of habitable floors.

Supertall skyscrapers exceed 300 metres in height and those in the rare megatall classification stand over 600 metres high.

We have used CTBUH data on the number of skyscrapers currently under construction in the world’s cities to form our journey.

In some cases where multiple cities are constructing exactly the same number of skyscrapers, we have separated them based on the number of supertall skyscrapers that are progressing on site.

We begin our journey in Chongqing, China - a city with 24 skyscrapers currently under construction. 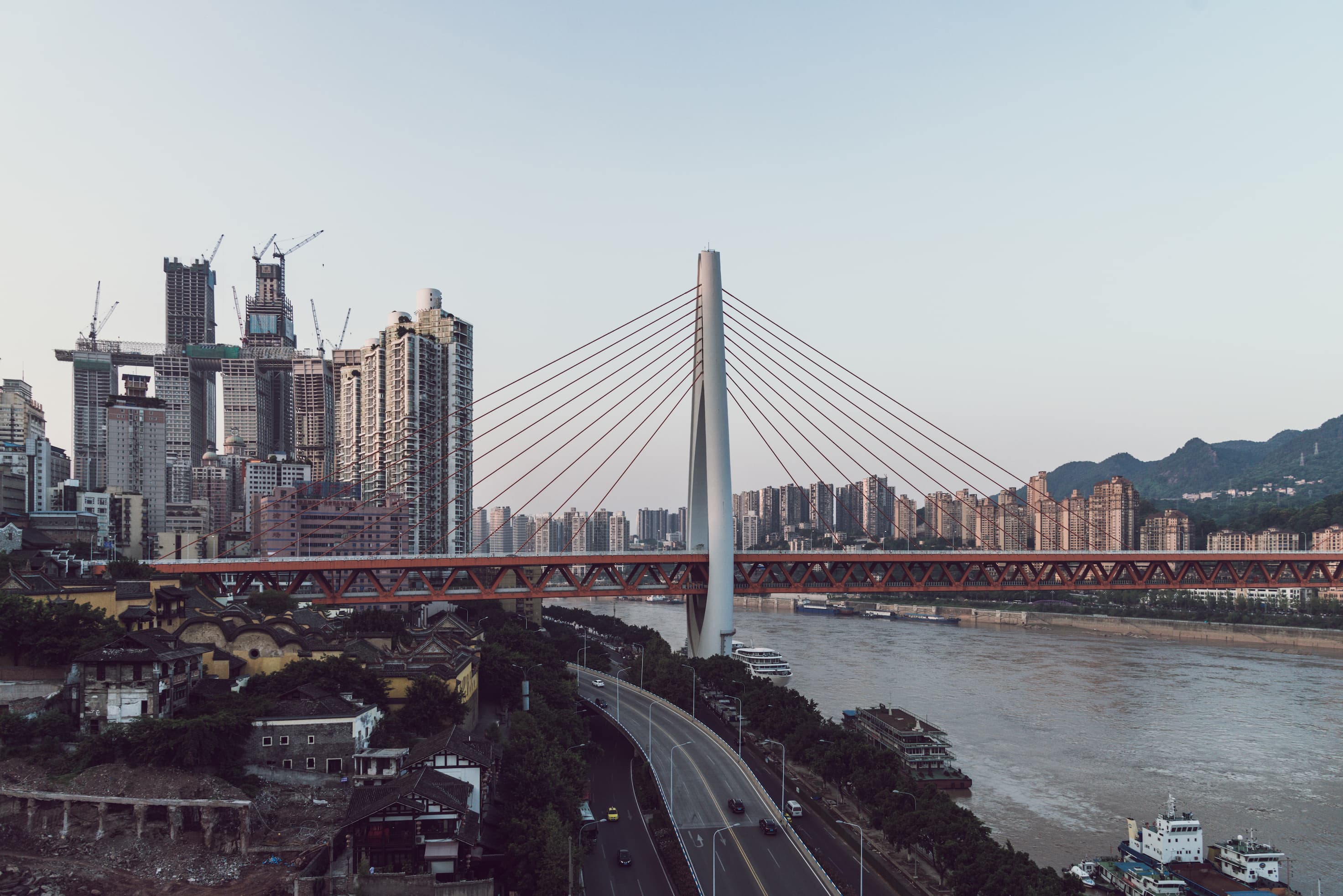 Above: The eight-tower Raffles City complex in Chongqing is one of many multi-tower projects rising in the city.

As one of only four cities in China directly under the control of the central government, Chongqing’s growth has been accelerated as part of the country’s Western Development Strategy which sought to improve poorer, western regions.

The city’s rapid urbanisation since the turn of the century has seen the rise of a large number of multi-tower complexes - the largest of these being the recently topped out, eight-tower Raffles City complex, that is due for completion later in 2019.

With 25 skyscrapers currently under construction - more than all other Australian cities combined - the skyline of Melbourne is set to dramatically change.

While the Central Business District had long been the domain of commercial towers, urban regeneration since the 2000s has seen a growing trend for inner-city, highrise living. 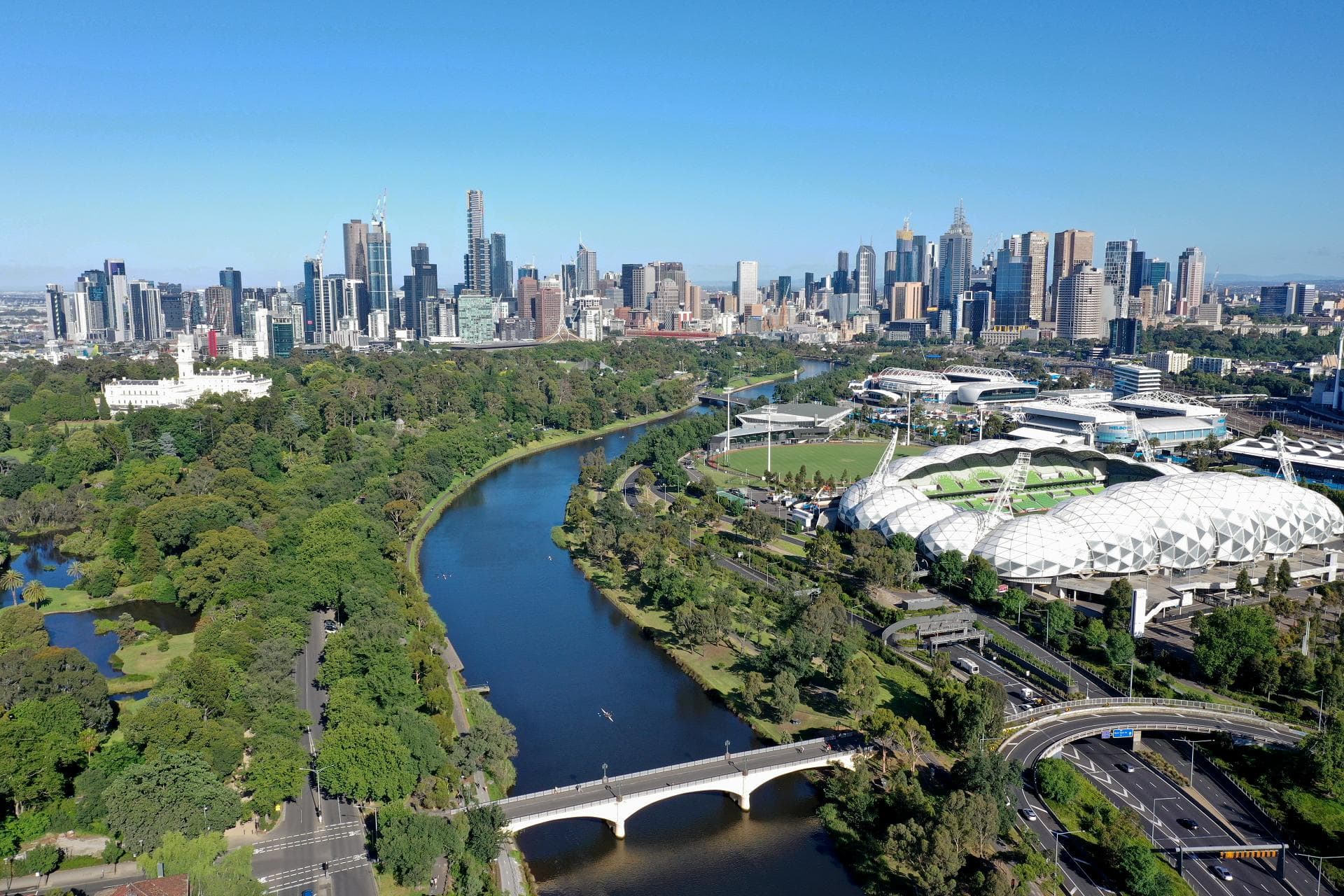 Above: Melbourne's skyline is dramatically changing as the city is currently construction more skyscrapers than all other Australian cities combined (image courtesy of Brett Moxley).

Combined with more relaxed planning regulations than other cities, Melbourne has seen a surge in the number of skyscrapers rising across its skyline, driven by a growing population and increased economic growth.

The current boom also includes the construction of Melbourne’s first supertall tower - the 317 metre Australia 108 - and some of the boldest examples of skyscraper architecture the country had witnessed to date.

Also with 25 skyscrapers under construction, but with a greater number of supertall towers on site, Guangzhou narrowly edges ahead of Melbourne.

Above: Guangzhou has become a major hub thanks to its location in China's Pearl River Delta (image courtesy of Sergei Gussev).

Lying at the heart of China’s largest urban area, the Pearl River Delta, the city is one of the country’s leading commercial and manufacturing hubs.

The current skyscraper boom is driven largely by residential towers, as significant numbers of China’s rural population begin to move into urban areas.

While the heights of the skyscrapers currently under construction in Toronto are notably more modest than those found in other cities on our journey - with most schemes predominantly under 200 metres in height - the 27 towers under construction is a testament to the growing demand for apartment living that has taken hold in the city. 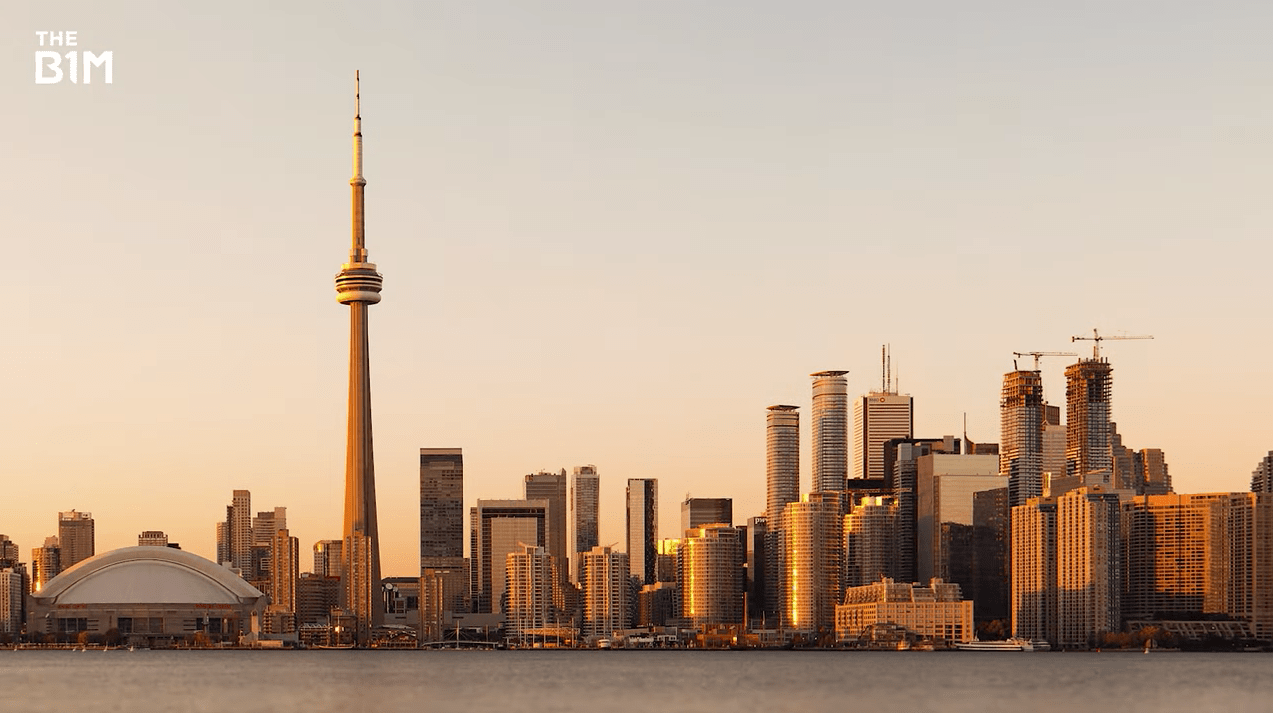 Above: Toronto's skyscraper boom is spurred on by the surge in demand for inner-city apartment living.

Widely recognised as the political, economic, financial and cultural focus of central China, Wuhan has been a significant benefactor from the municipal government’s favourable economic policies for foreign investment. 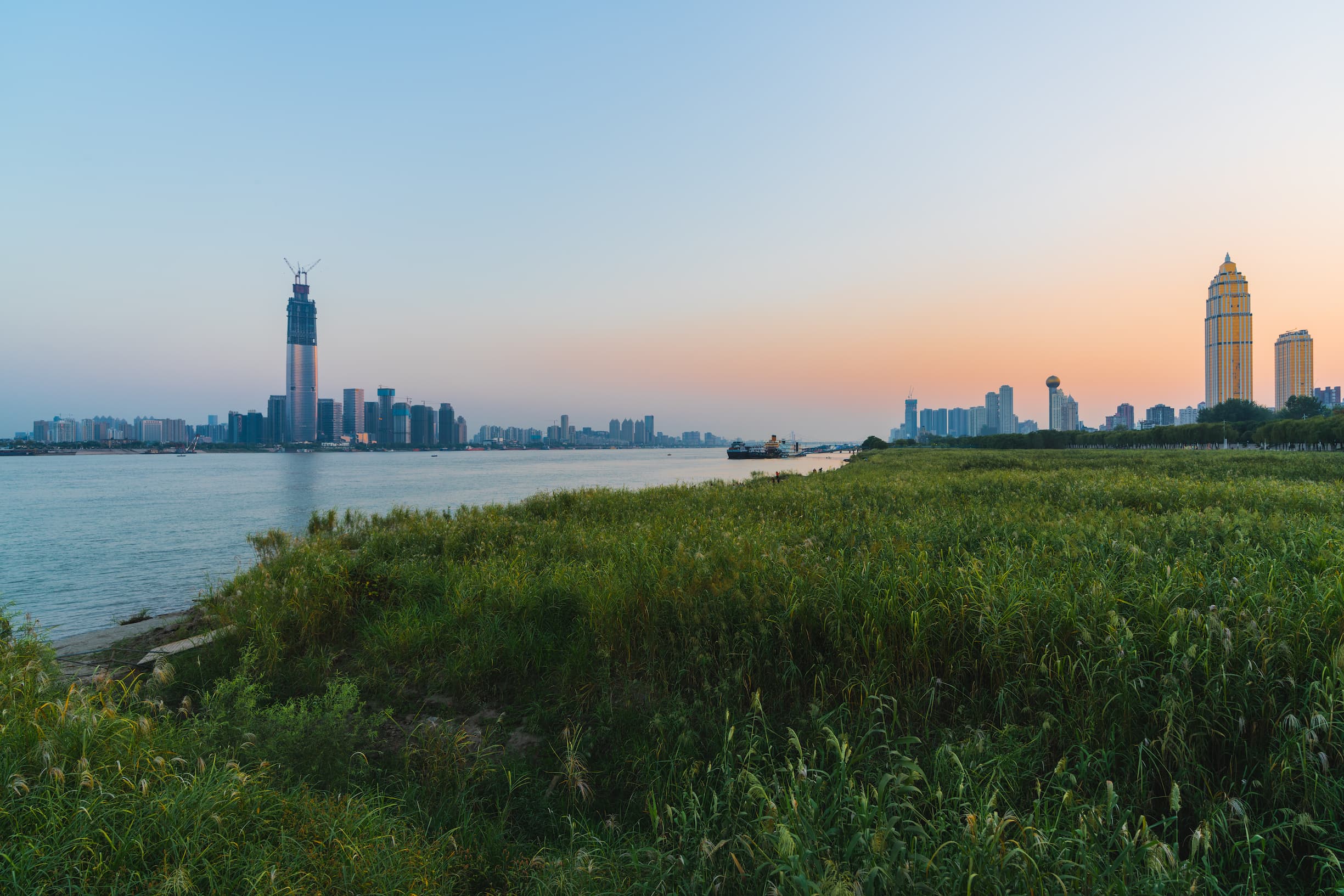 Above: Wuhan has grown thanks to the favourable economic policies of the municipal government.

Consisting of tax incentives, reduced rate loans and government subsidies, Wuhan has seen vast amounts of foreign investment flow into the city - particularly from the French with over a third of French investment into China going directly into Wuhan.

Now, in response to its economic success, 29 skyscraper projects are under construction.

With a long industrial history, China’s Shenyang is now diversifying its economy to include services - leading to numerous new skyscrapers being built to accommodate a growing banking and financial sector. 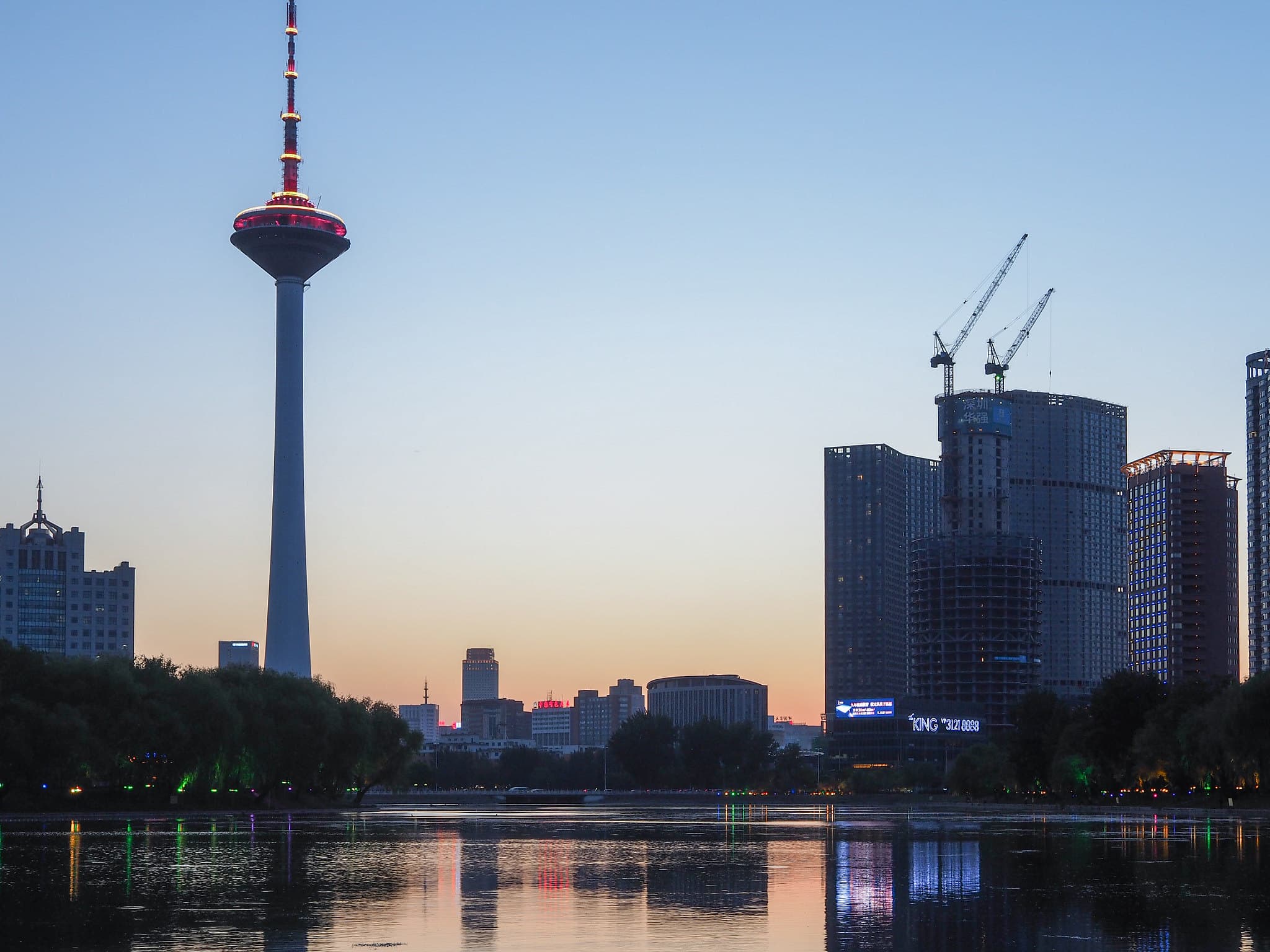 Above: Shenyang has diversified its economy from manufacturing to include financial services (image courtesy fo All Su Wen).

With 35 skyscrapers currently under construction, the city’s meteoric rise is exemplified in projects like the Shengling Finance Plaza, which consists of three commercial towers and 12 residential towers within a single scheme, and in the average age of a skyscraper in the city - which is just five years.

Leading the world in skyscraper construction for most of the 20th Century, New York City has fallen behind emerging markets in Asia and the Middle East in recent years. 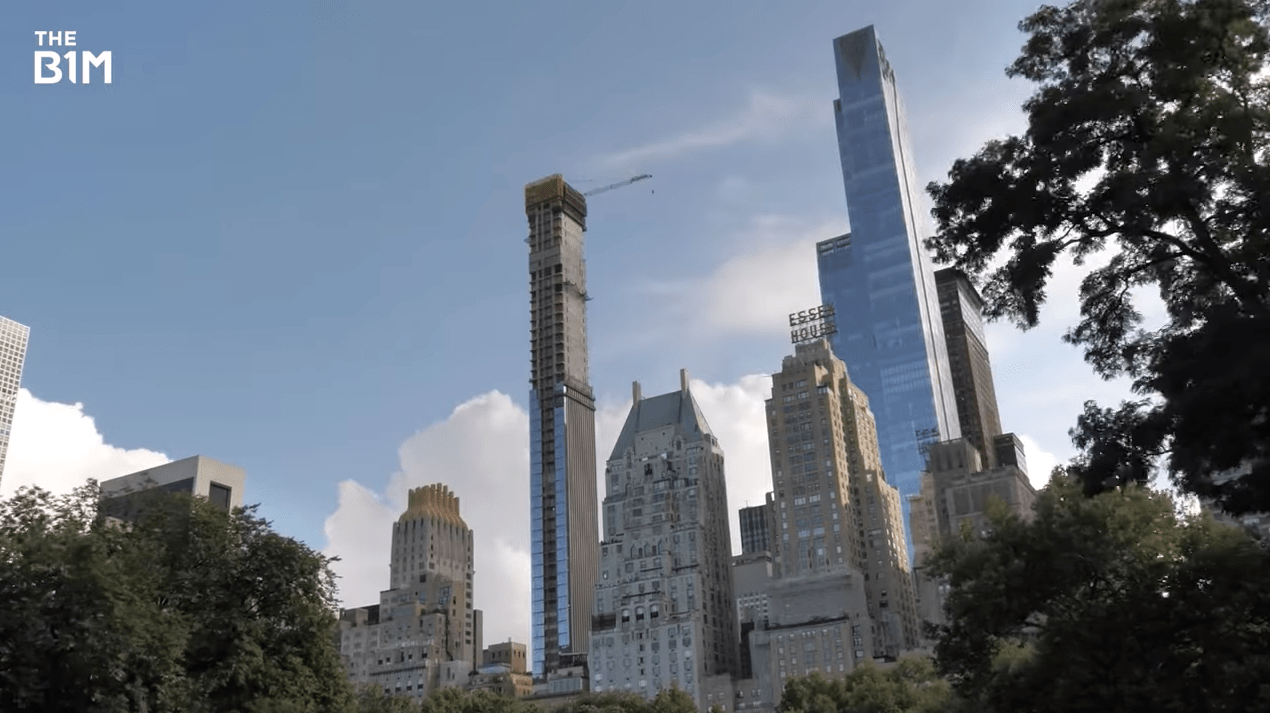 Despite this, 35 commercial and luxury residential skyscrapers are currently under construction across the city.

While New York has built 10 skyscrapers exceeding 300 metres in height to date, the skyline is set to be dramatically redefined in the years ahead, with 11 supertall skyscrapers currently under construction.

Though Mumbai has long been a magnet for foreign investment, its growth is now being further fuelled by large portions of India's rural population moving into the city - and many of the schemes currently underway consist of multi-tower residential projects like The Park and Sky City developments. 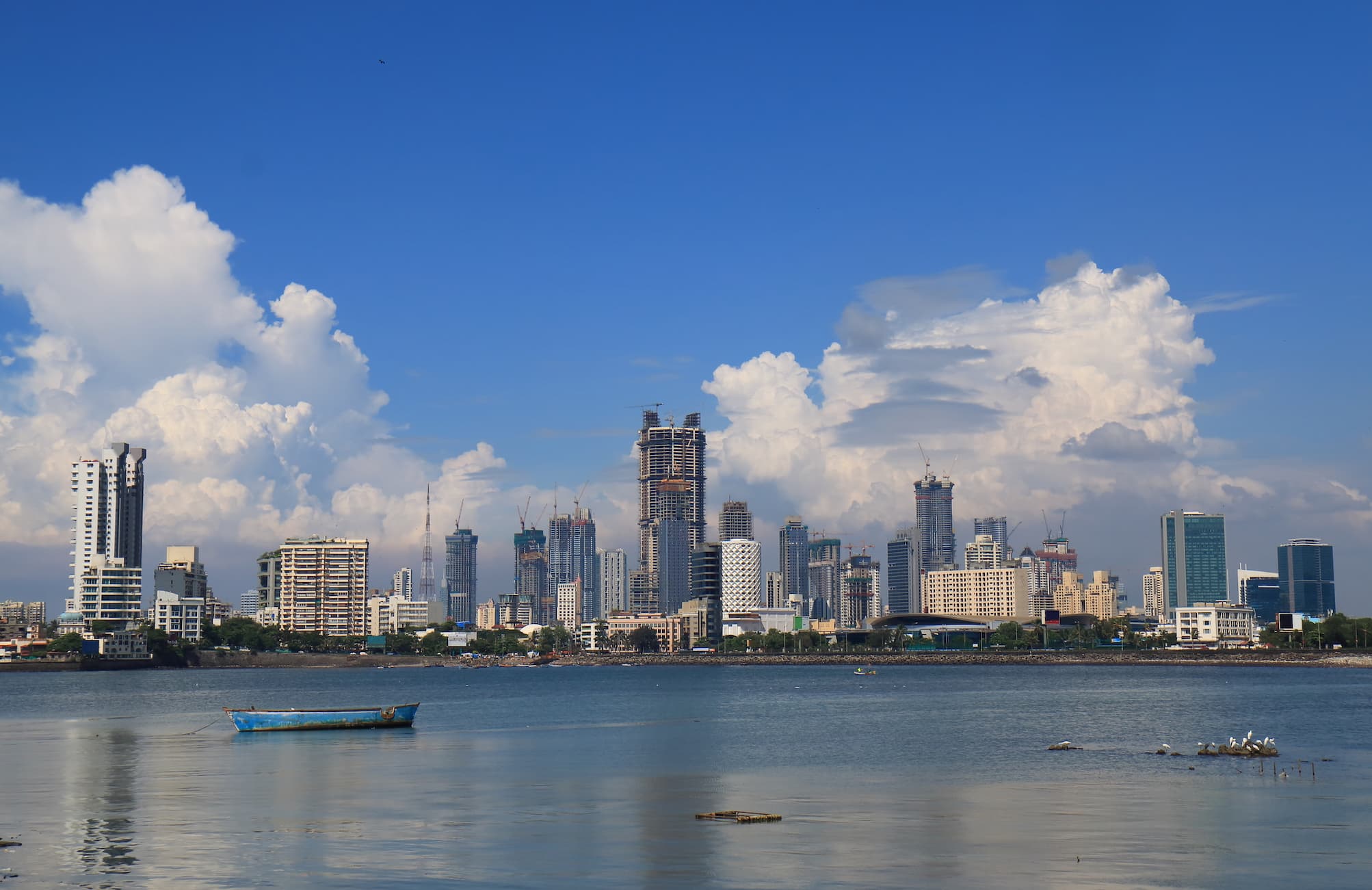 Above: With 49 skyscrapers under construction, Mumbai will more than double the number of skyscrapers in the city.

With 44 skyscrapers completed in the city to date, Mumbai is set to more than double that number as the 49 skyscrapers currently under construction complete over the coming years.

With the city expected to become the largest in the world by 2050, it is likely that Mumbai will remain a leader in skyscraper development in the decades ahead.

China’s Shenzhen just misses out on the top spot with 50 skyscrapers currently under construction but with fewer supertalls in development than our leading city. 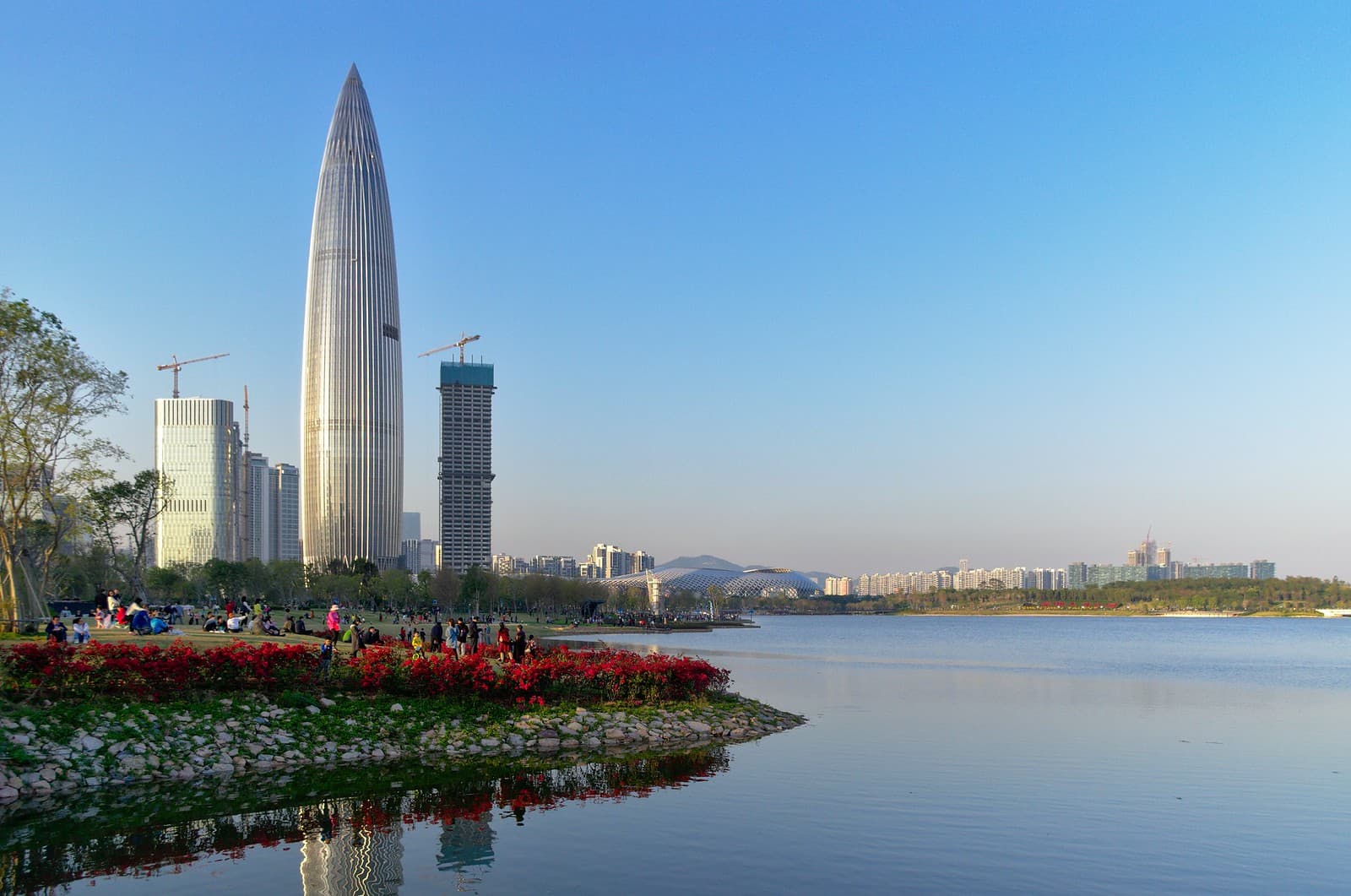 Above: Shezhen has grown to be a global hub for finance and tecnology (image courtesy of Andrii Zymohliad).

Following its establishment as one of China’s “Special Economic Zones” in 1980, Shenzhen has grown at an insatiable rate, becoming a global technology and economic hub.

As part of the vast urban area around the Pearl River Delta, Shenzhen has become home to numerous multinational corporations as well as the Shenzhen Stock Exchange - leading to large amounts of foreign investment and the near continual construction of commercial and residential skyscrapers.

With 50 skyscrapers, including 13 supertalls under construction, Dubai is currently building more towers than any other city on our planet.

However, with over a third of these schemes set to compete in the next 12 months and with a slowdown in the growth of the Emirate’s residential market, Dubai could fall behind other cities in the years ahead. 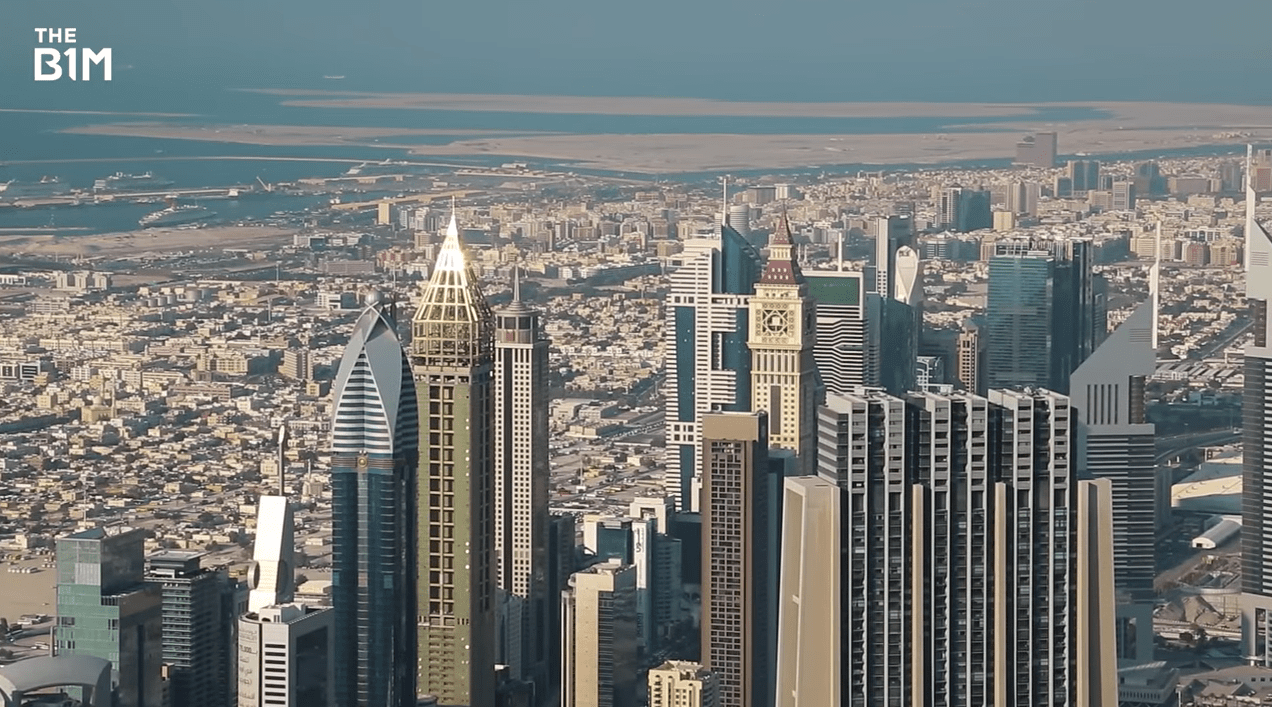 Despite this, with Saudi Arabia’s Jeddah Tower delayed, the city looks set to hold onto the title of world’s tallest building - in the form of the Burj Khalifa - and construction is currently underway on the tallest structure ever built by humankind - the 1.3 kilometre tall Dubai Creek Tower.