RESEARCHERS at the National Centre of Competence in Research (NCCR) Digital Fabrication in Switzerland have unveiled the finished DFAB House - a structure whose components are manufactured using experimental techniques.

The structure was designed and developed by engineers and architects at ETH Zürich in collaboration with industrial partners.

Innovations include new concrete formulations as well as new modes of robotic and digital fabrication. 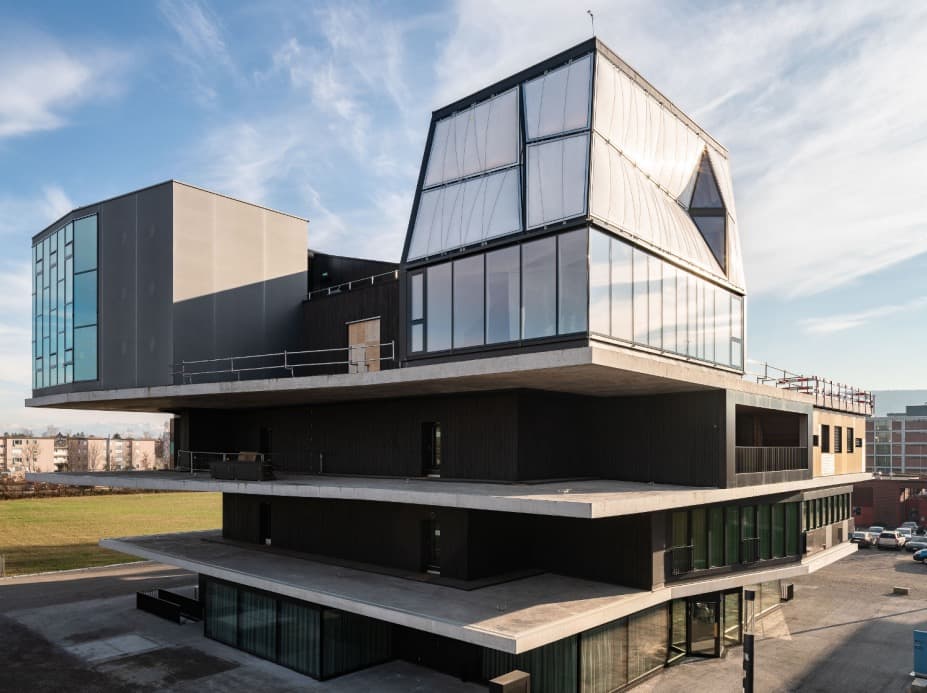 Above: The DFAB House has been built on top of NEST, a structure that hosts a number of smaller experimental modules (image courtesy of Roman Keller / ETH).

For instance, the top storey of the DFAB house consists of a lattice timber frame, whose members have been cut and put into position by robots.

This process - known as "spatial timber assembly" amongst the researchers - also necessitated some additional human labour to connect the members together. 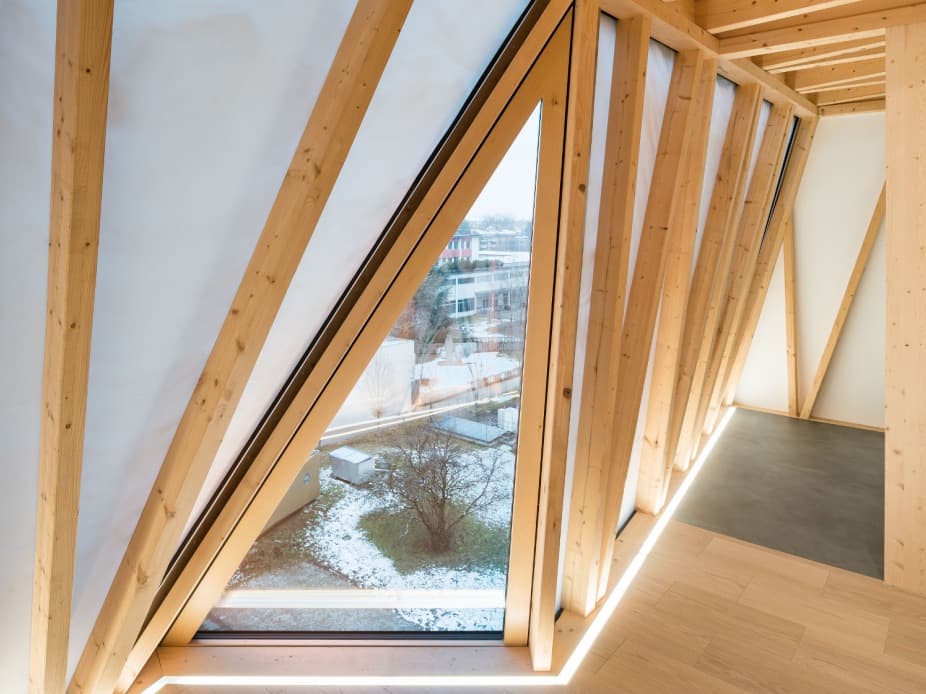 Above: The timber structure of the DFAB House's top floor was assembled by robots (image courtesy of Roman Keller / ETH).

Other innovations include concrete members that have been made using a technique called "smart dynamic casting" where a slip cast can change its profile as concrete is poured and a reinforced concrete wall that was constructed using "in-situ fabricators" a suite of robots that create and hold together a rebar mould into which specially formulated concrete is poured. 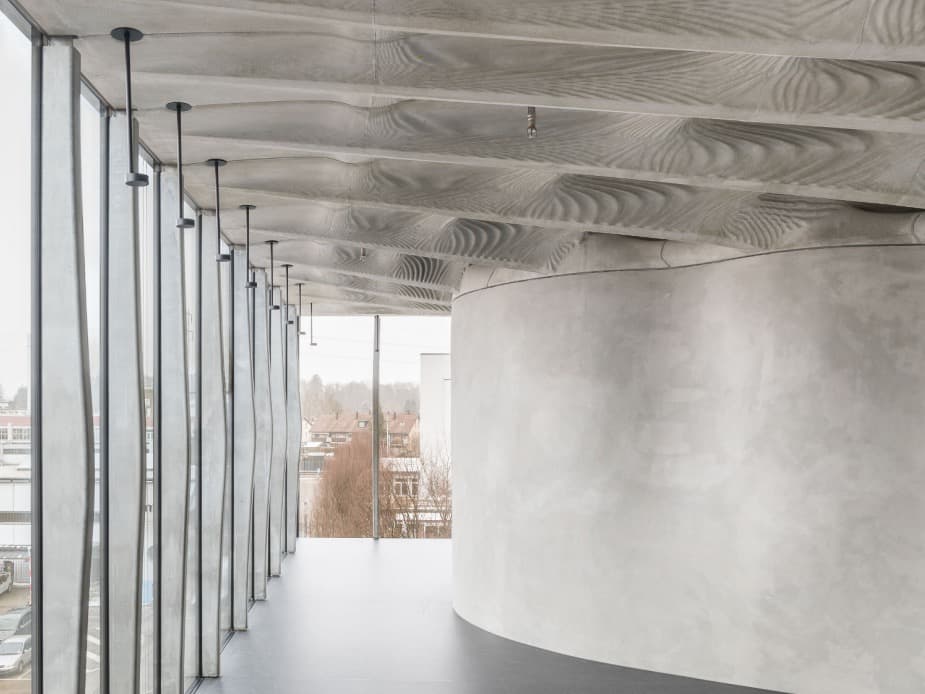 Another innovation is the concrete "smart ceiling", which consists of prefabricated ribs that have been made using custom designed 3D printed moulds.

The whole ceiling slab weighs half that of a conventional structure. 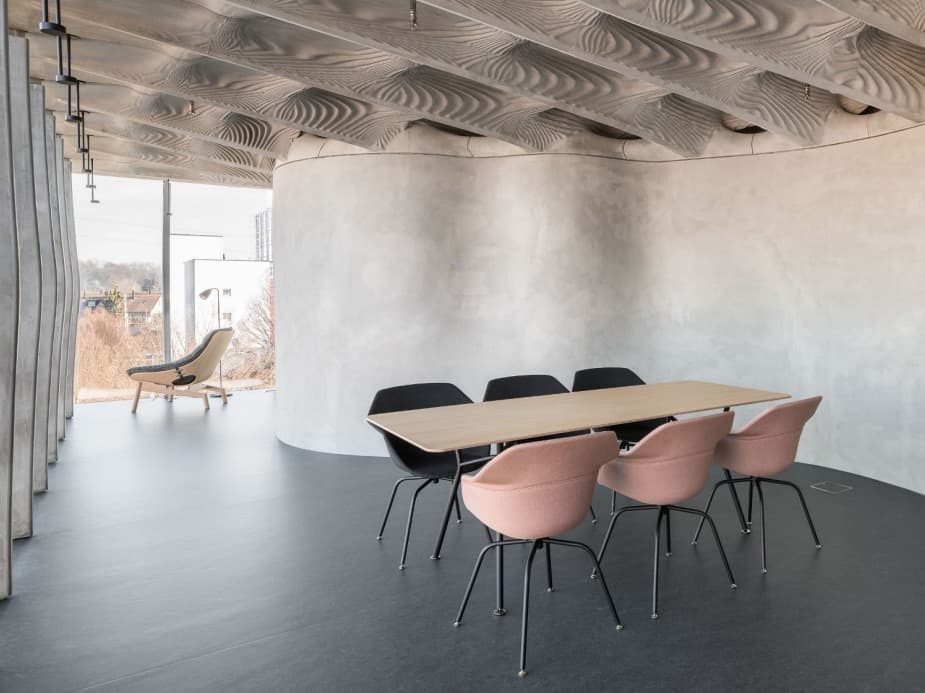 Above: The DFAB House will be used as guest accommodation for visiting academics and researchers (image courtesy of Roman Keller / ETH).

Assembled together in the form of the DFAB House, these structures show how advances in digital fabrications and material science can create a new kind of architecture.

Scientists and researchers will now monitor the structure over time, to ensure it can withstand real-world conditions.

It will also serve as a guest residents for visiting academics to the Empa and Eawag research institute.

This Art Deco Skyscraper has Completed in Chicago