Why Buildings Will Save The World

Video powered by RICS and hosted by Fred Mills.

URBAN development is now one of the main ways that human beings impact this planet and our built world currently accounts for 40% of all greenhouse gas emissions.

But while this may sound alarming, it in fact underlines the power that the construction sector has to make a difference.

The people working and making decisions here quite literally have the ability to decide what happens next and are now turning the tide on our planet’s future. 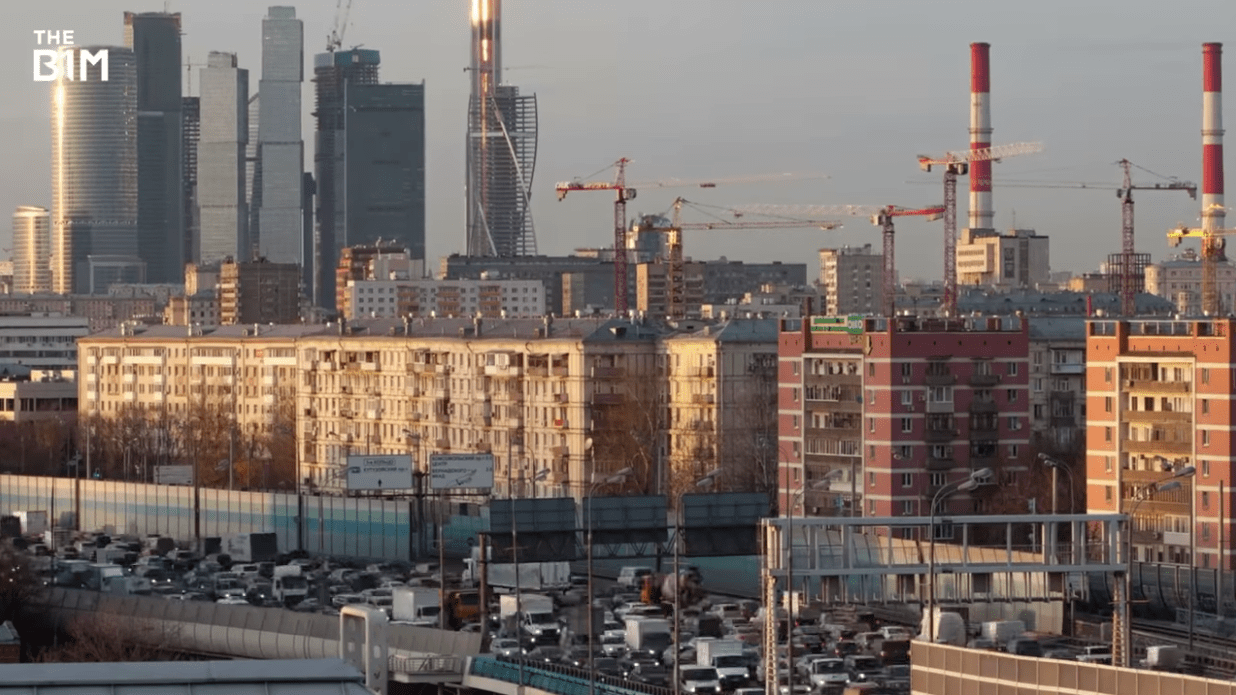 From recycled structures and vertical farms, to smog-eating buildings and bringing nature back into some of the planet’s most notorious concrete jungles, this is how construction’s brightest minds are working to save our world.

Our cities are now the front line in the battle to sustain our future.

Home to more than 4 billion of us, it’s here that the construction sector’s best people are pioneering ways to limit mankind’s impact on the planet.

Good urban planning is one of the most effective tools. 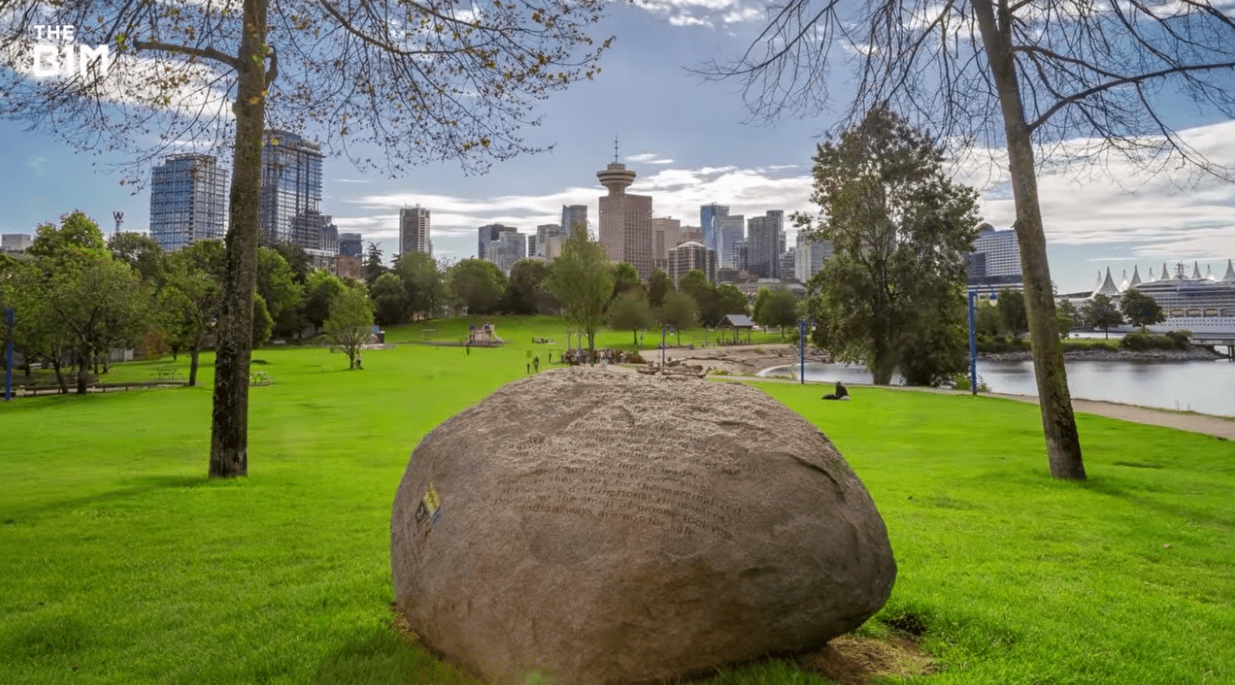 Above: Well planned urban areas are key to a thriving future.

While well-planned density can prove very efficient, overcrowding can lead to increased pollution, poor quality of life and the Urban Heat Island Effect; a phenomenon that sees built-up areas become much warmer than their surrounding rural regions.

To combat this, surveyors and planners around the world are now working to incorporate more trees and green space into our urban fabric, covering heat-holding surfaces like concrete or tarmac and significantly reducing heat build-up.

Where dense development prevents this, green roofs and trees are now being integrated into buildings themselves.

Chicago’s Climate Action Plan includes a green roofs initiative that has yielded clear results, while authorities in New York have converted disused infrastructure like the High Line into new green spaces and installed planting across a number of rooftops – including the Empire State Building’s terraces.

But to truly make a difference, project teams are increasingly taking things to the next level.

Since the completion of Stefano Boeri’s landmark “Bosco Verticale” or vertical forest in Milan in 2014, countless schemes have begun to integrate mature planting in a much more dramatic way. 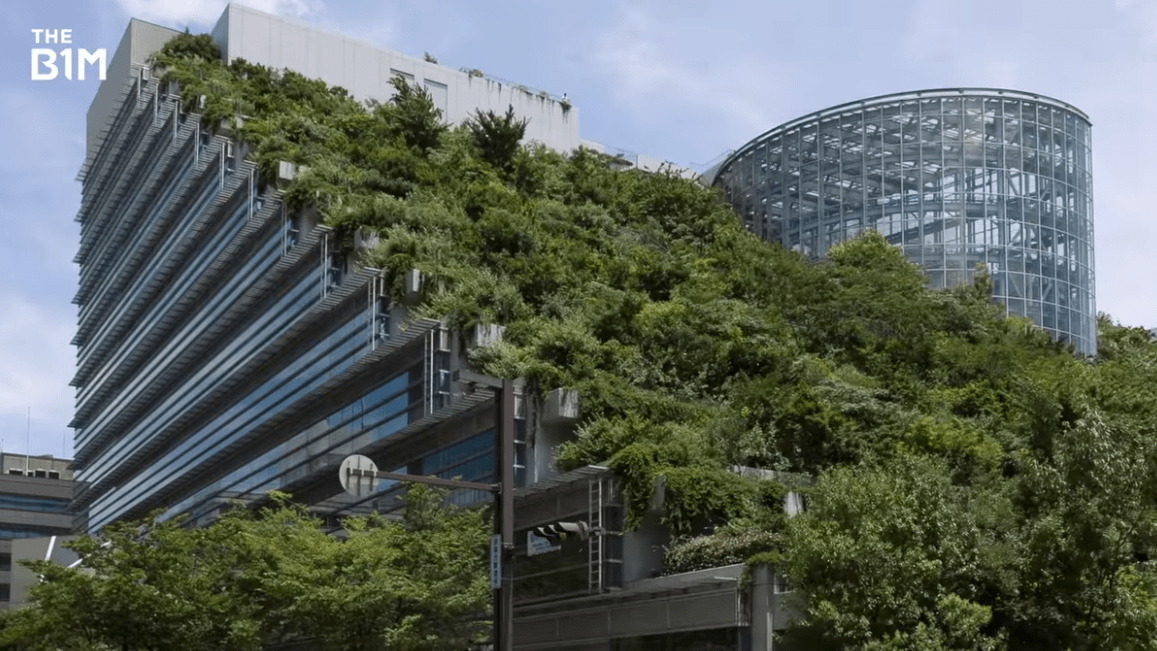 Above: Incorporating trees into built structures has become an increasing trend to lower the urban heat island effect. Image courtesy of Kenta Mabuchi.

While such approaches can reduce urban temperatures and regulate the internal climate of buildings, they also play a physiological role, improving the well-being of citizens.

Banning cars from city centres can allow trees and buildings to be positioned more closely together – reducing emissions and heat – while removing or restricting the development of obstacles along key routes can create “clean air corridors” – like these in Stuttgart, Germany – allowing pollutants to be naturally “flushed” out of cities.

Despite their challenges, dense urban areas do have some advantages.

Compact communities – where amenities are located closely together – enable surveyors and authorities to encourage the use of bikes and improve access to public transport, reducing the need for personal vehicles.

Having announced plans to become the world’s first carbon neutral capital by 2025, Copenhagen is making progress on many fronts – including transportation.

While low-carbon, easily accessible public transport has been a top-priority, the city also celebrates cycling and is still expanding its cycling network with new routes and regional “Super Cycle Highways”.

While high-density can cause issues, sprawl can be just as dangerous for our planet.

As an urban area expands, the distance between the highly populated centres and food sources on farmland out in rural areas is extended, increasing the need for transportation and raising the so-called “food miles” of produce.

The concept of “vertical farming” is seen as a potential solution to this.

Facilities like MIRAI’s near Tokyo can be constructed in the heart of urban areas, close to the population. Powered by renewable energy, they optimise conditions to enhance production rates and can generate yields that are between 50 to 100 times greater than that of a traditional crop farm. 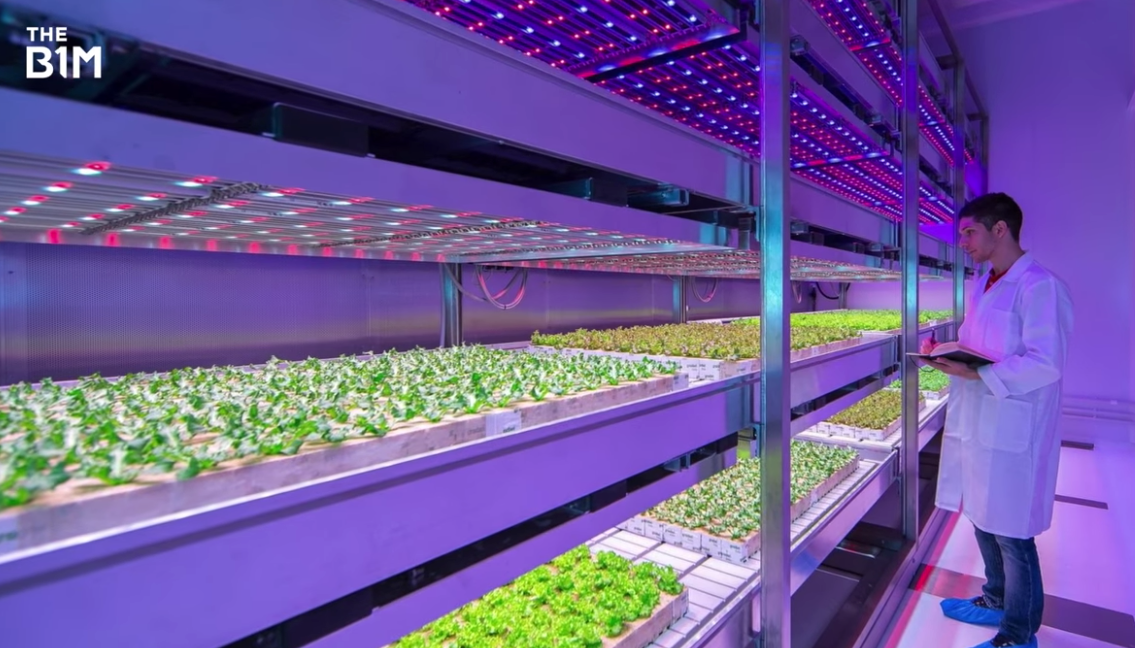 Above: Vertical farms could be the key to feeding our increasingly urbanised world. Image courtesy of Priva.

At a more fundamental level, authorities are working to prevent urban sprawl occurring in the first place through planning rules and green belts surrounding cities, while surveyors, architects and construction professionals are innovatively reimagining sites in city centres, preventing the need for development to spread.

Recent years have seen concrete silos converted to apartments in Denmark, skyscrapers structures adapted in Sydney and churches become community centres in The Netherlands, while schemes like the Slim-House turned a 2.3-metre wide London passageway into a new home.

In response, surveyors and engineers are now developing “microgrids” - small-scale electrical networks, powered by renewable energy, that operate at a local level, independently of the main grid.

At a more granular level, on the specific buildings and infrastructure projects that make up our cities and societies, construction professionals are innovating in a number of areas.

Much of our built world is created with concrete, but the production process for this material now accounts for 8% of all greenhouse gas emissions.

Researchers in Canada have now developed a technique that sees the carbon dioxide arising from cement production re-injected into concrete mixes while they are still wet – resulting in CO2 becoming trapped in the material as it cures. Chemical reactions within the mix cause limestone nanoparticles to be formed, strengthening the final product and allowing contractors to achieve their required concrete strengths while using less cement.

Of course, avoiding the use of concrete altogether makes a significant difference. Cross-laminated timber (CLT) – a structural material sourced from sustainably managed forests – is now being used around the world. 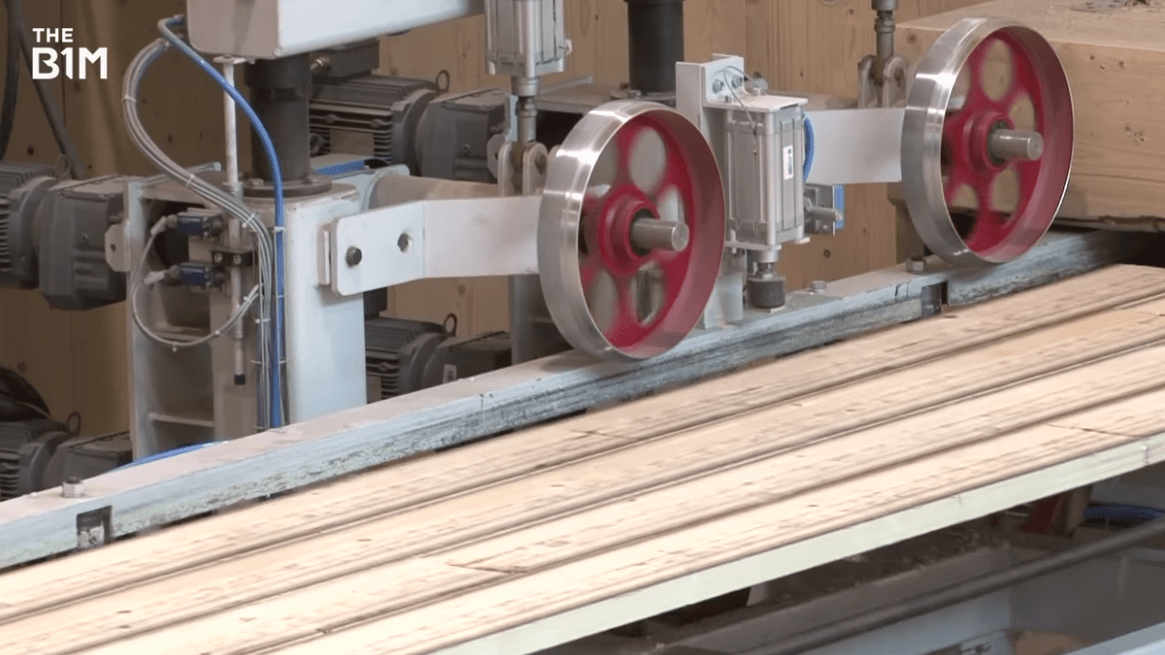 Above: Cross Laminated Timber (CLT) has a significantly lower carbon footprint than other building materials. Image courtesy of Stora Enso.

Requiring just 50% of the energy required to produce concrete and a mere 1% of the energy needed to create steel, the material is widely seen as a more sustainable building solution.

Taking things further, some structures tackle the climate emergency in an even more direct way after their completion.

Manuel Gea González Hospital in Mexico City is one such example.

Located in one of our planet’s most polluted cities, the white thermoformed shells on the building’s exterior are coated in photocatalytic titanium dioxide. This coating reacts with light to neutralise elements of air pollution, negating the effects of up to 1,000 cars a day according to its developers.

THE LIFE OF A BUILDING

Indeed, while the construction process itself can harm our planet, it is the impact of our buildings after their completion, during their 60-100+ year lifespans, that currently does the most damage – and surveyors can play a significant role in changing the effects of this phase for the better. 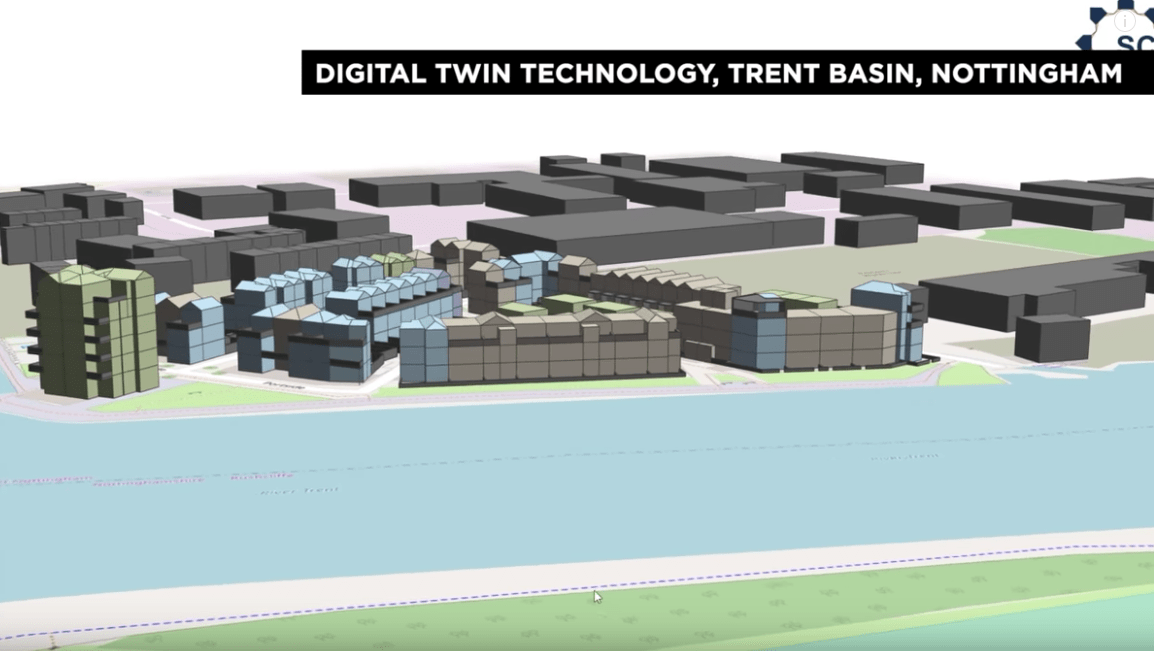 Above: Our buildings are becoming data-collecting machines allowing for more efficient operation throughout their lifespan. Image courtesy of IES.

Many of the techniques that we have outlined can help significantly, especially when combined with new technological systems that allow us to understand how our buildings are behaving better than ever before.

The emergence of the Internet of Things (IoT) has turned once static structures into data-collecting machines.

We are now able to determine the best and most efficient ways of operating a building or structure, based on real-time performance data.

EVERYONE PLAYS A ROLE

From the Antarctic to New York, many of construction’s best people get up every-day and work to save our planet, pioneering ideas and working on projects that will benefit future generations.

From surveyors to architects and from contractors to engineers, everyone in this broad and dynamic sector now plays a role in building a better world.

While many of the innovations shown here are currently being trialled on a city-wide or project-specific basis, their widespread adoption will significantly reduce mankind’s impact on our planet, allowing it to recover and thrive.

This video was powered by RICS (Royal Institution of Chartered Surveyors), as a globally recognised professional body, everything RICS do is designed to effect positive change in the built and natural environments. Find out more about surveying here.

The world faces a climate crisis, one which is currently on track to radically disrupt all life on Earth. The global built environment is a major contributor to this problem, meaning our profession is uniquely placed to steer the built environment towards a sustainable future.

#myfutureplanet is the RICS call to arms to the next generation, inspiring them to join us to help build the future planet, today.

Surveyors play a key role in tackling the environmental crisis, creating sustainable communities, delivering essential infrastructure and ensuring the economic and social well-being of the next generation

Find out how surveyors are already providing solutions to society's most challenging issues.

The World's Most Sustainable Stadium