The rise in air pollution levels is leading some of the world’s worst affected cities to consider technological solutions in building and infrastructure design. We explore the new concept of “smog-eating” buildings in this short video.

AIR POLLUTION is now the biggest environmental cause of death, according to the World Health Organisation (WHO). Data released in 2016, showed that a staggering 6.5 million people died in 2012 as a result of polluted air, primarily in and around major cities.

The Western Pacific and South East Asian regions bore most of the burden with 2.4 and 2.2 million deaths, respectively.

Whilst many nations are working hard to restrict emissions – often in line with international agreements – some of the worst affected cities are now looking to technological solutions in building and infrastructure design.

Manuel Gea González Hospital in Mexico City is one such example. The building’s owners have taken the step of adding a new "smog-eating" façade covering over 2,500 square meters. 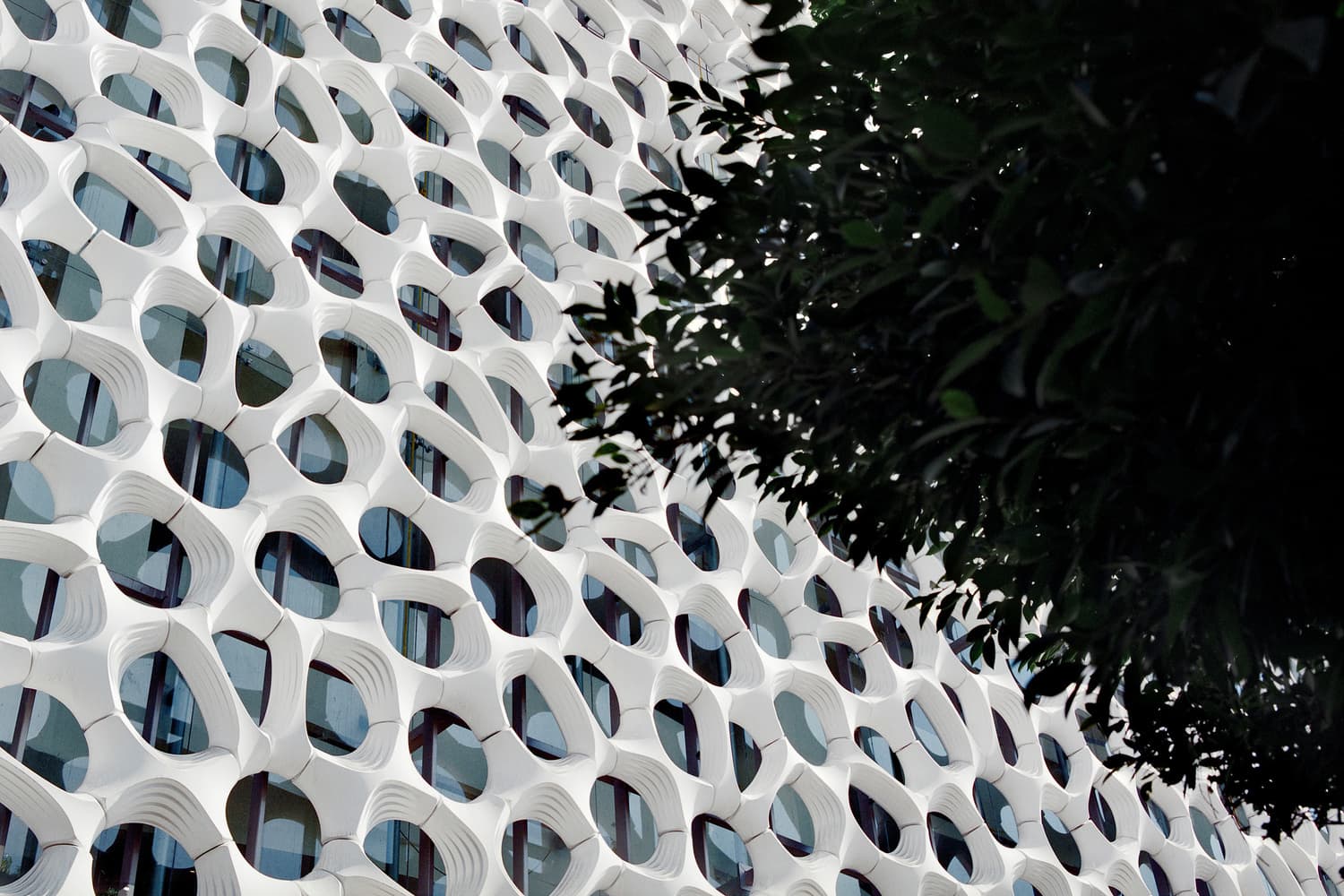 The system, designed and developed by Elegant Embellishments, consists of thermoformed shells coated in photocatalytic titanium dioxide. This coating reacts with light to neutralise elements of air pollution, negating the effects of up to 1,000 cars a day according to its developers. 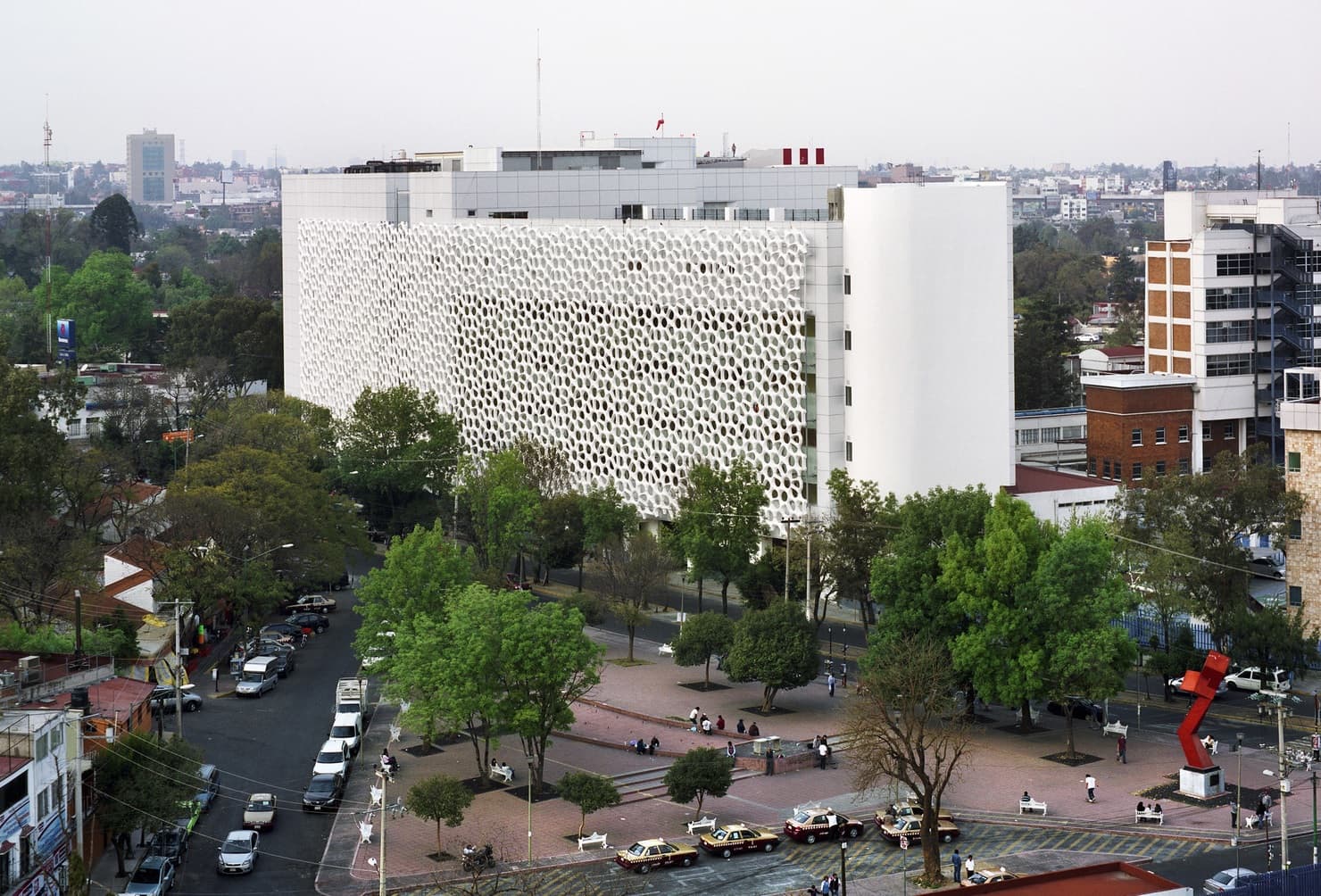 Above: The façade of Manuel Gea González Hospital is said to negate the effects of up to 1,000 cars a day (image courtesy of Elegant Embellishments).

Another example is the impressive Palazzo Italia – or Italy Pavilion – which was the centrepiece of the 2015 Milan Expo. The building’s six-storey external façade was clad in over 700 “i.active BIODYNAMIC panels”.

Photocatalytic titanium dioxide in the cement again reacts with light to neutralise certain pollutants in the air converting them to inert salts, steadily purifying the atmosphere. 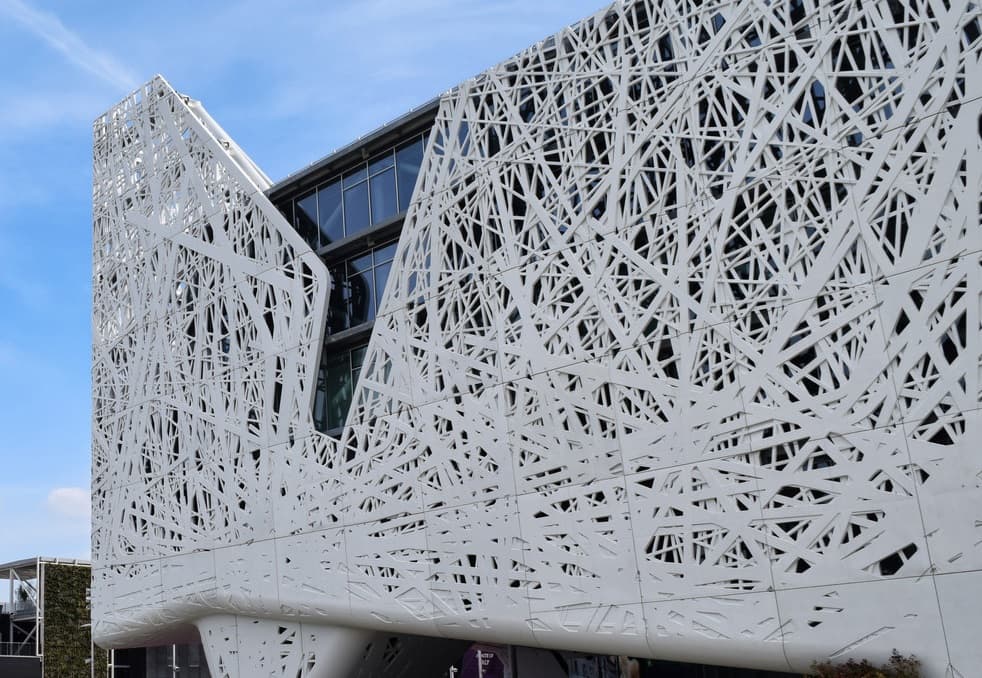 Above and Below: Milan's Palazzo Italia also employs photocatalytic titanium dioxide to neutralise pollutants in the air (images courtesy of Nemesi). 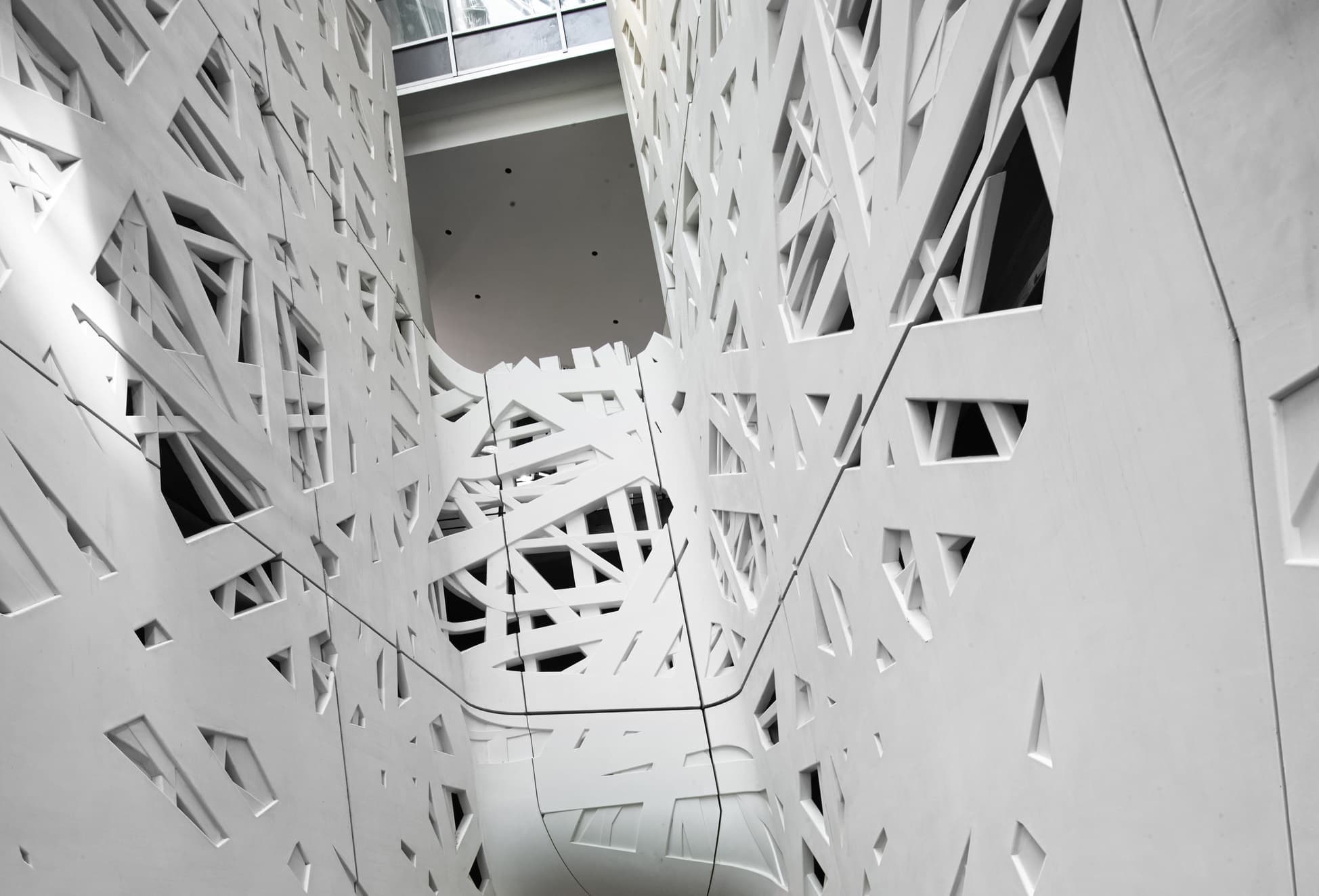 The material adds around 4-5% to construction costs and other examples of its use are popping up across the built environment; including a photocatalytic roadway in The Netherlands and a “smog-eating poem” printed on a banner and hung on the side of a building in Sheffield, UK. The banner’s material contains the photocatalytic substance and is said to counteract the impact of 20 cars a day.

It’s clear that whilst such “smog-eating” solutions are both innovative and effective, they need widespread adoption in order to make a meaningful impact. The technology must be applied in sufficient scale to match the current levels of air pollution generated around the world if it is to successfully counteract it. 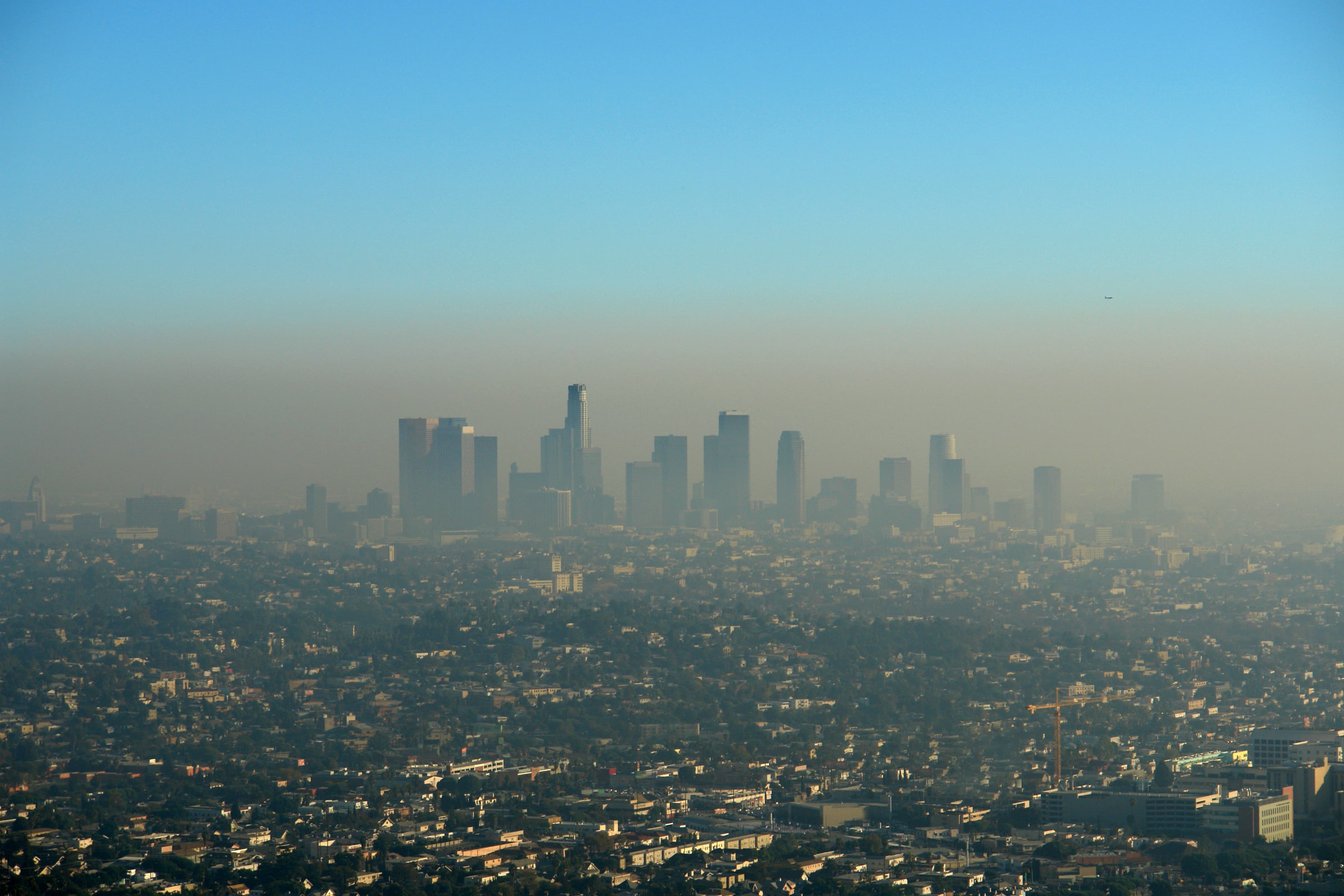 Are you applying “smog-eating” technologies in building or infrastructure design? If so we’d love to hear from you and see your examples. Share your comments below or on our social media channels.

WATCH NEXT: 6 CONSTRUCTION TECH-TRENDS TO WATCH IN 2017

Images courtesy of Elegant Embellishments, Nemesi and University of Sheffield.