WITH the ability to be formed into almost any shape, concrete is the most widely used material in the world and shapes nearly every part of our built environment – from bridges and tunnels to countless building types and vast dams.

While no other material comes close to offering the strength and adaptability of concrete, the process of creating its core ingredient, cement, is one of the largest contributors of greenhouse gases on our planet, producing some 8% of total emissions. 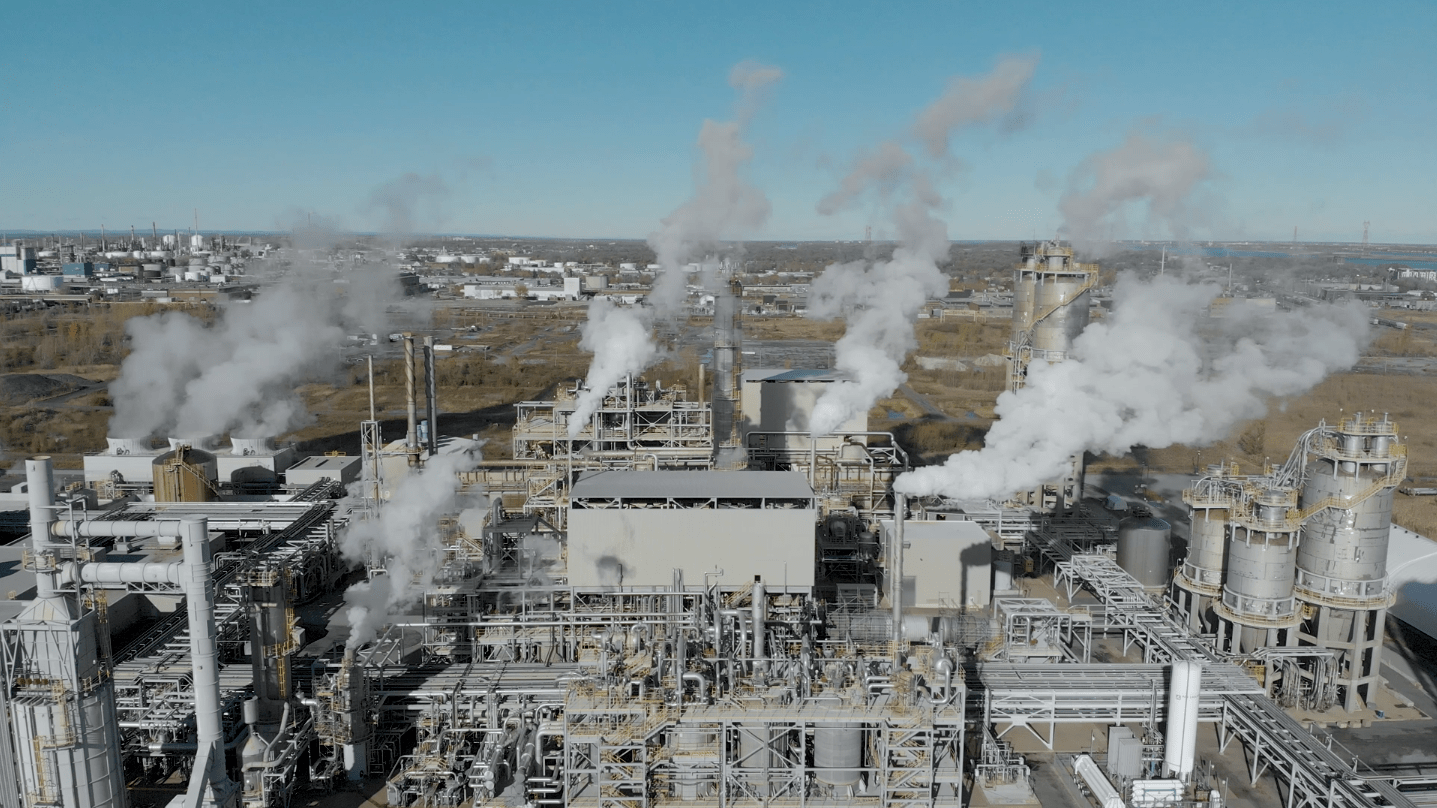 Above: Cement manufacturing produces some 8% of the world's global greenhouse gas emissions.

Now, in an effort to cure our dependence on this material and reduce the environmental impact of construction activity, innovative new solutions are being pioneered.

BioMason in the United States has developed a way of creating concrete bricks without the need for heat or the use of traditional Portland cement.

During their “living” manufacturing process, sand is placed into moulds after being mixed with bacteria which are fed an aqueous solution. This causes the bacteria to harden, binding the mixture together in much the same way that coral grows in our oceans. 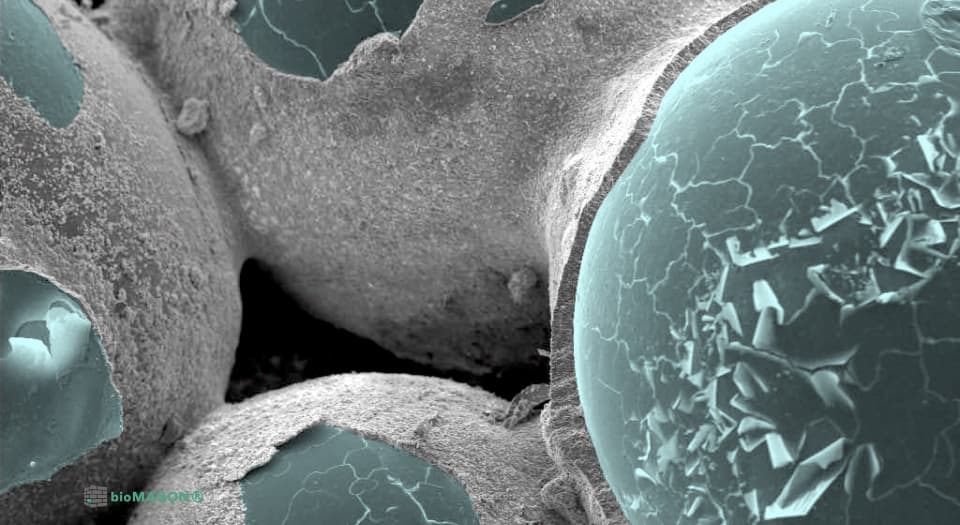 Above and Below: Biomason are using biological agents to "grow" concrete bricks by fusing sand together, like coral in nature (image courtesy of BioMason). 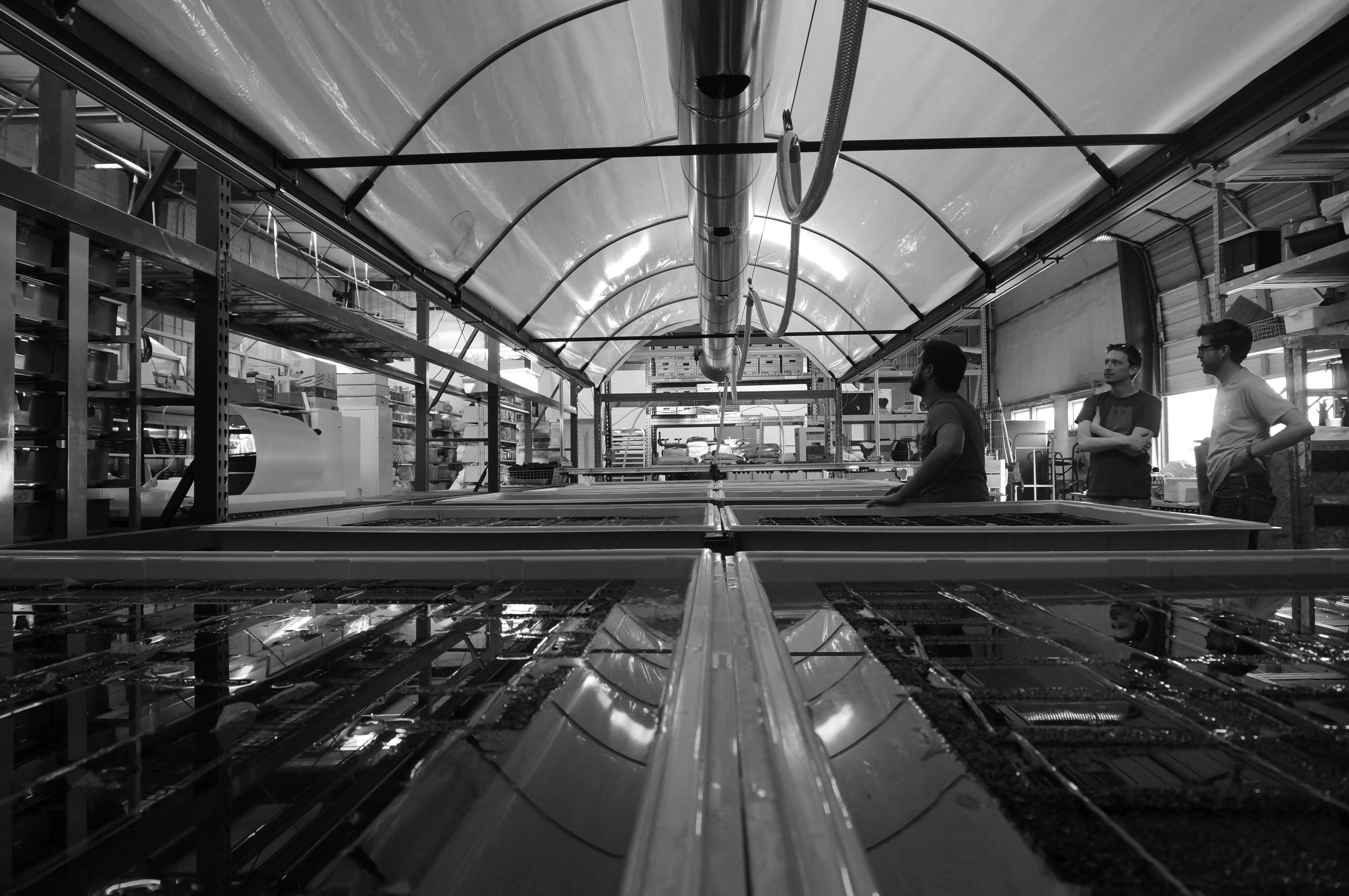 While this process is slow under the sea, here artificial manipulation of the solution accelerates the hardening process to just four days.

By replacing traditional binding agents with biologically controlled structural cement and relying on natural processes, the need for heat during manufacturing is eliminated.

Though only applicable to concrete bricks at the present time, further advancements could see this method adapted and scaled to larger forms in the near future.

While cement has long been the go-to binding agent for concrete, a failed experiment at the University of Arizona unintentionally created a material five times stronger than concrete, with a recycled content of 95%.

Ferrock – or iron-rich ferrous rock – is made primarily from steel dust, a waste product from various industrial processes, and silica made from ground-up recycled glass. 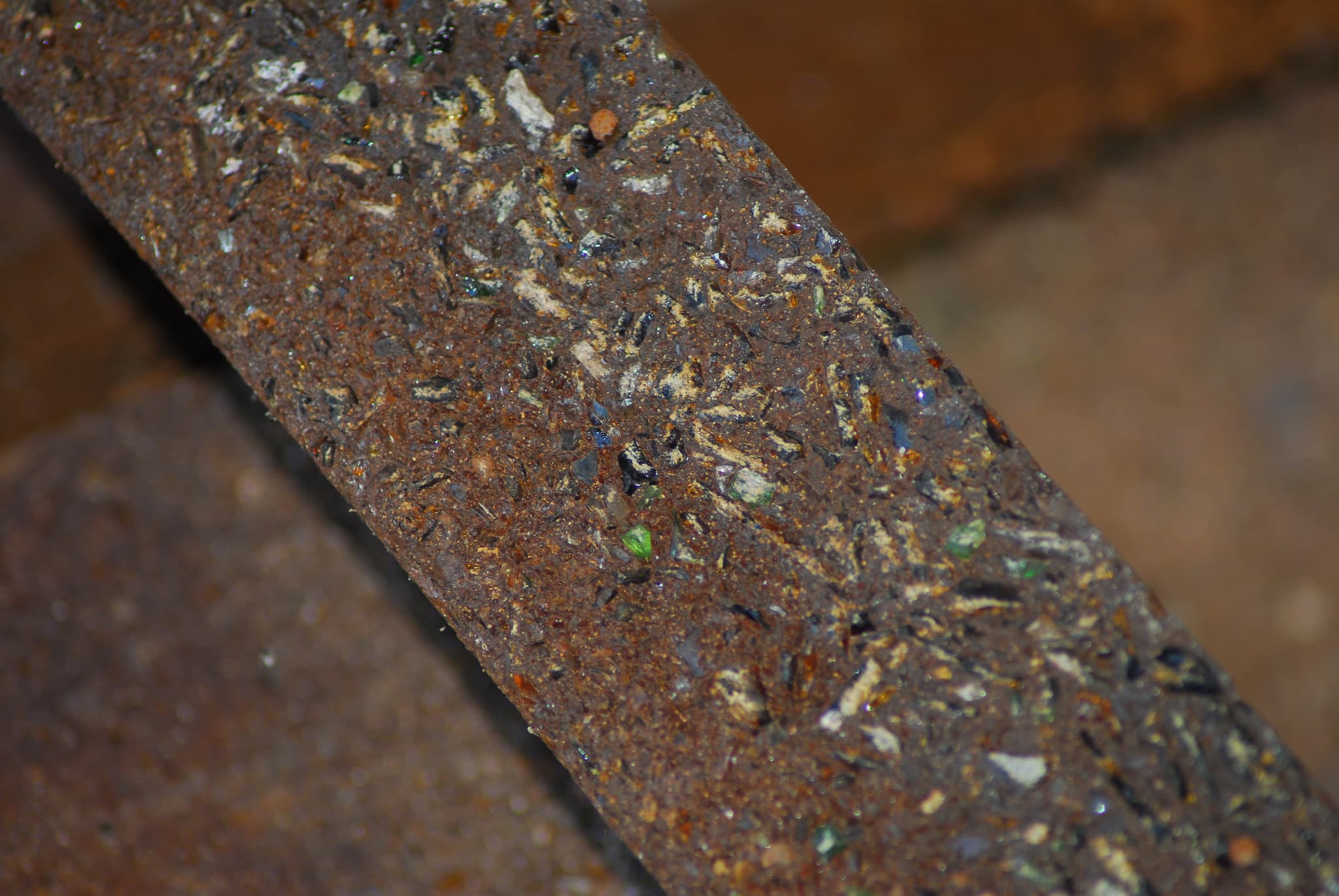 Above: Ferrock is made up of 95% recycled material, primarily steel dust and crushed glass and is up to five times stronger than concrete ( image courtesy of Guy Shovlin).

When mixed together, the iron in the steel dust reacts with CO2 and rusts to form iron-carbonate fusing the components together. Like concrete, Ferrock cannot return to its liquid state once hardened.

However, unlike the manufacturing of cement which creates large amounts of carbon dioxide, the hardening process of Ferrock actually absorbs and traps CO2, creating a carbon-negative product. 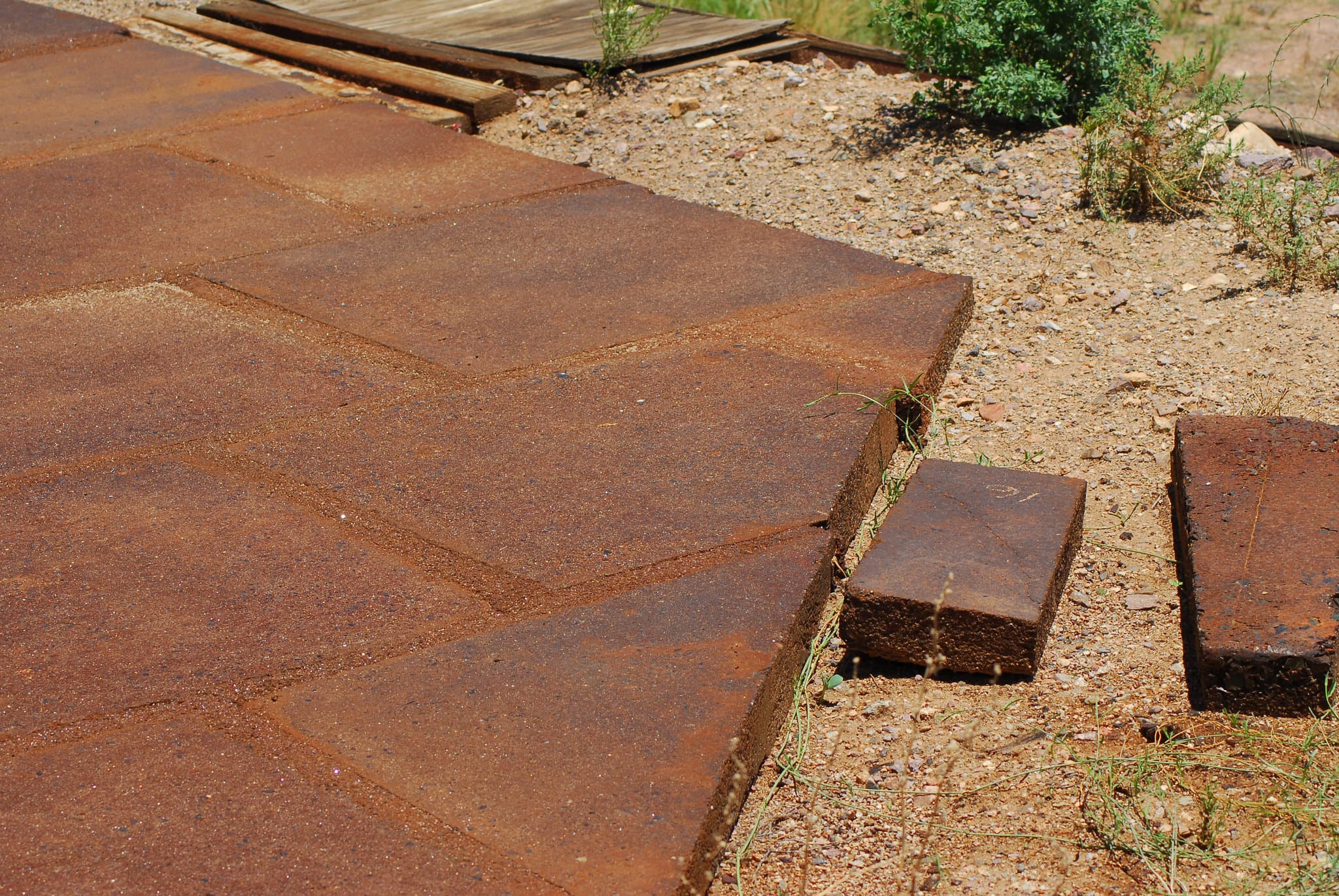 Above: While resourceful, Ferrock does have limits on the basis that demand for the recycled material used to manufacture it could increase in cost making large scale adoption impractical (image courtesy of Guy Shovlin).

While advantageous as a concept, the large-scale implementation of Ferrock does have limitations.

While the materials used to create Ferrock are currently cheaper than cement, the price of large-scale adoption could become uneconomical if demand for steel dust and recycled glass creates a lucrative new resource market for waste products.

Researchers at CarbonCure in the United States have developed a way of converting the CO2 arising from cement manufacture into a valuable commodity for the industry.

Working as a bolt-on technology which can be scaled to suit plants of any size, CarbonCure’s technique sees carbon dioxide injected into concrete mixes while they are still wet – resulting in CO2 becoming trapped in the material as it cures. 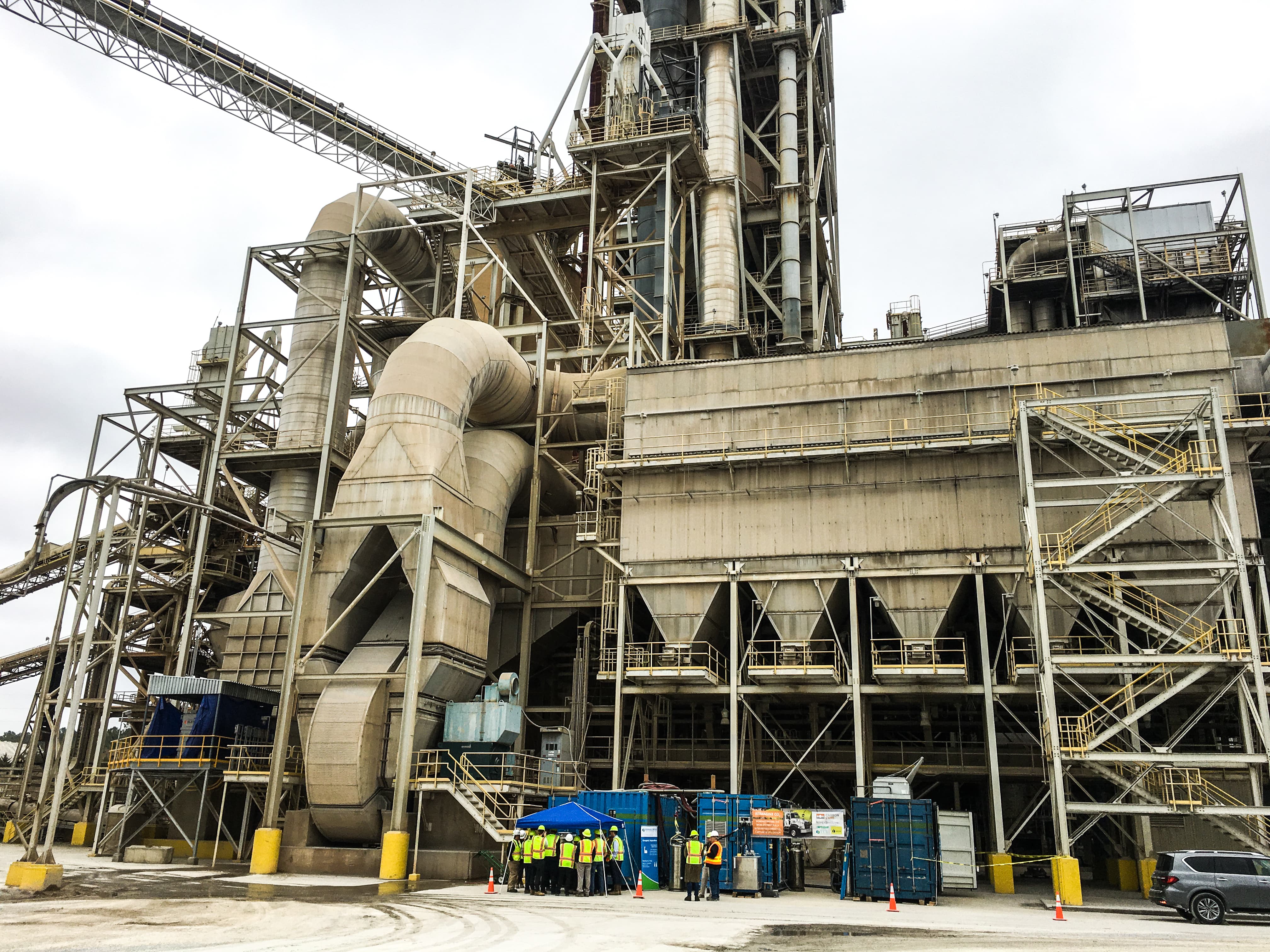 Above: CarbonCure captures carbon dioxide from the manufacturing process of cement and reuses it in the concrete mix to increase its overall compressive strength (image courtesy of CarbonCure).

In addition, chemical reactions within the mix cause limestone nanoparticles to be formed, strengthening the final product and allowing contractors to achieve their required concrete strengths while using less cement.

While over 100 concrete plants across North America are already employing this technique, mainstream adoption of the technology has been relatively slow – principally because contractors and engineers, who are generally liable for the strength and quality of concrete on projects, greet the innovation with caution.

Despite this, large projects like this scheme in Atlanta have acted as strong case studies, highlighting the benefits of carbon capture to our wider industry. 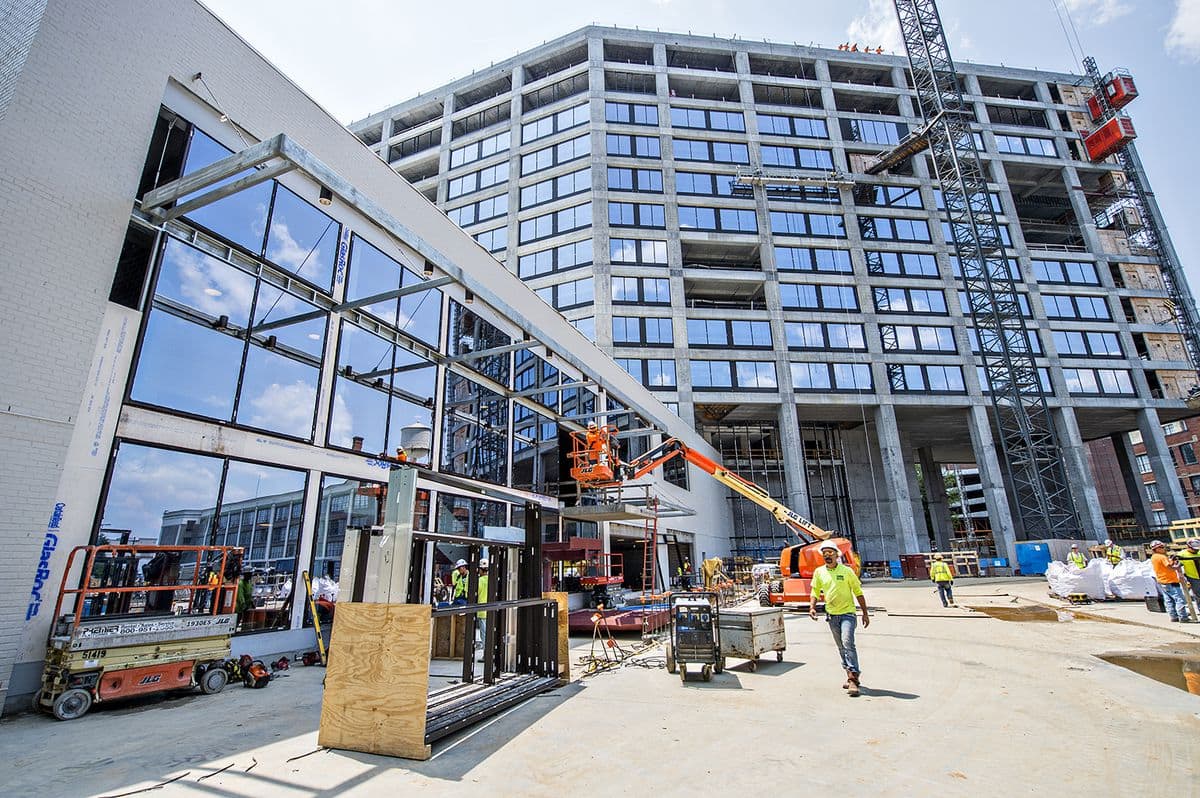 Above: 725 Ponce, in Atlanta, is being built using CarbonCure technology in the concrete in its superstructure (image courtesy of Jonathan Phillips).

In time, CarbonCure estimate that full-scale worldwide adoption of their technique would save 700 megatons of CO2 a year – the equivalent of taking 150 million vehicles off of our roads.

With the effects of human activity on the environment now under closer scrutiny than ever before – and a growing recognition of the impact of the construction sector – these innovations could make a solid difference in helping to cut CO2 emissions, protecting the planet that we all call home.