By 2030 the industry will account for 14.7% of all global economic output. But who are the big contributors to this? What are the regional markets to watch between now and then? We countdown the top five.

Historically the United Kingdom (UK) hasn’t featured on lists like this. But with significant housing and infrastructure deficits set to be addressed over the next decade – and with the recent approval of several mega-schemes – we have earned a place.

London’s USD $20BN Crossrail development is the largest project in Europe and the country is set to expand Heathrow Airport, construct a high speed railway, redevelop large portions of cities (such as the Nine Elms district in south-west London), and build a nuclear power station at Hinckley.

House building is set to be significant with 3.3 million homes being constructed over the next 14 years.

Between now and 2030, the UK will spend a total of USD $6TN on construction works. 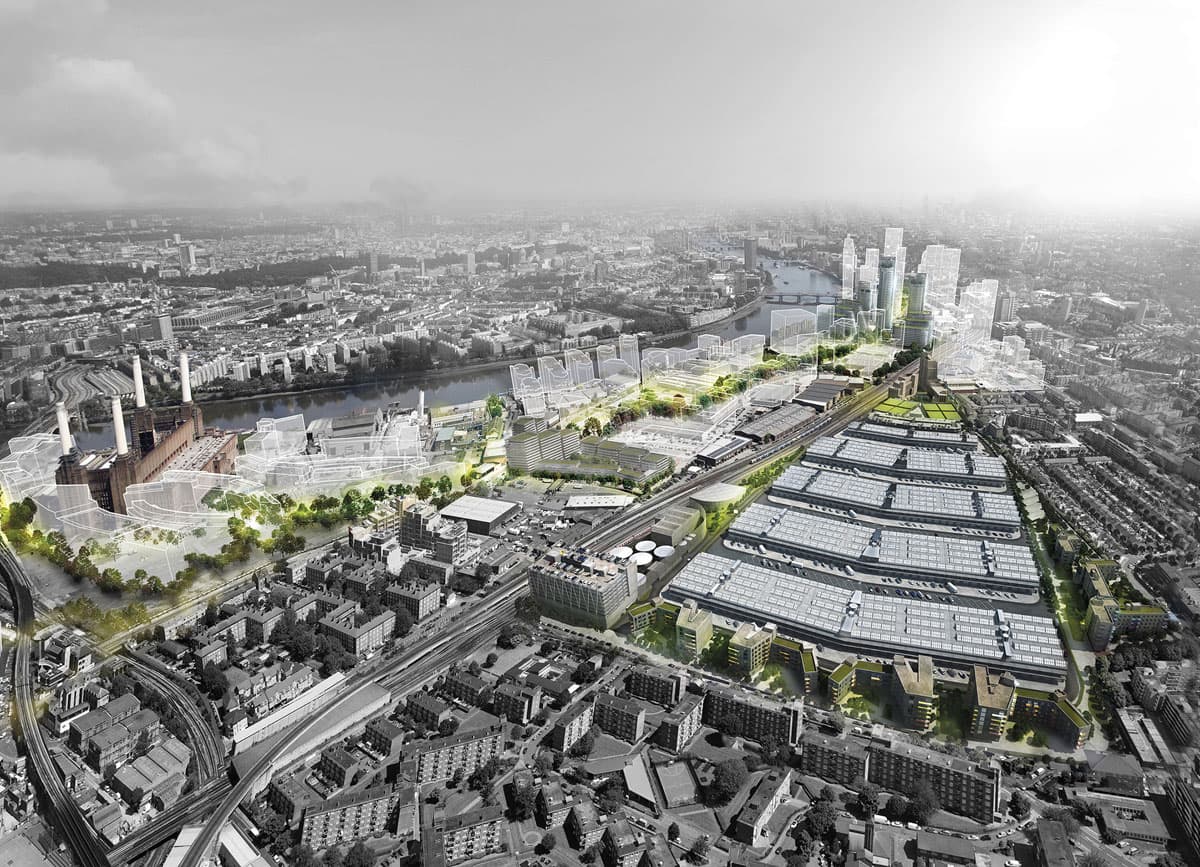 Above: The vast new Nine Elms district in south west London is one of several mega urban regeneration schemes across the UK. Image courtesy of Nine Elms on the South Bank.

With USD $68BN being poured into major infrastructure projects by 2019 alone, Indonesia is one of the fastest growing construction markets in Asia.

The Government announced a ‘tax amnesty’ in mid-2016 which is expected to see some USD $304BN flow back into the country, boosting construction spending. A recent cut in interest rates has made funding more affordable and this too has positively affected growth in the country’s construction industry.

Above: Indonesia's capital city, Jakarta. The country is set to spend USD $68BN on infrastructure projects by 2019.

India is the fastest growing construction market on our list (expanding at almost twice the rate of China’s) and is set to spend a whopping USD $13TN on building and infrastructure work by 2030.

The country’s vast and rapidly expanding population is generating significant housing demand. A staggering 31,000 homes need to be built every day, for the next 14 years, just to keep up. That’s 170 million properties by 2030.

Above: Part of the Mumbai skyline. India is faced with significant housing demand.

Taking second place, the United States of America (US) is expected to spend a mind-bending USD $30TN on construction work over the next 14 years.

The US construction industry took a significant hit in the last recession – particularly in the house building sector – and is only now beginning to bounce back. With housing growth expected to return to its pre-crash levels and major investment planned in the country’s infrastructure over the next decade (particularly in the greater New York City area where much of it is over 100 years old), the US comfortably earns a high ranking on our list.

Above: The USD $20BN Hudson Yards development in Manhattan has created over 23,000 construction jobs. Image courtesy of Related-Oxford.

Topping our list is China. Its vast construction industry is growing at an insatiable rate and will add USD $2.1TN to global construction output by 2030.

The country is faced with an ageing population which could see a rise in the construction of healthcare facilities or greater infrastructure capacity.

The government’s “One Belt, One Road” economic policy is driving co-operation and trade with its immediate neighbours in Asia and is driving massive investment in infrastructure. The programme could spawn the ‘single largest construction project in human history’ in the next few years. 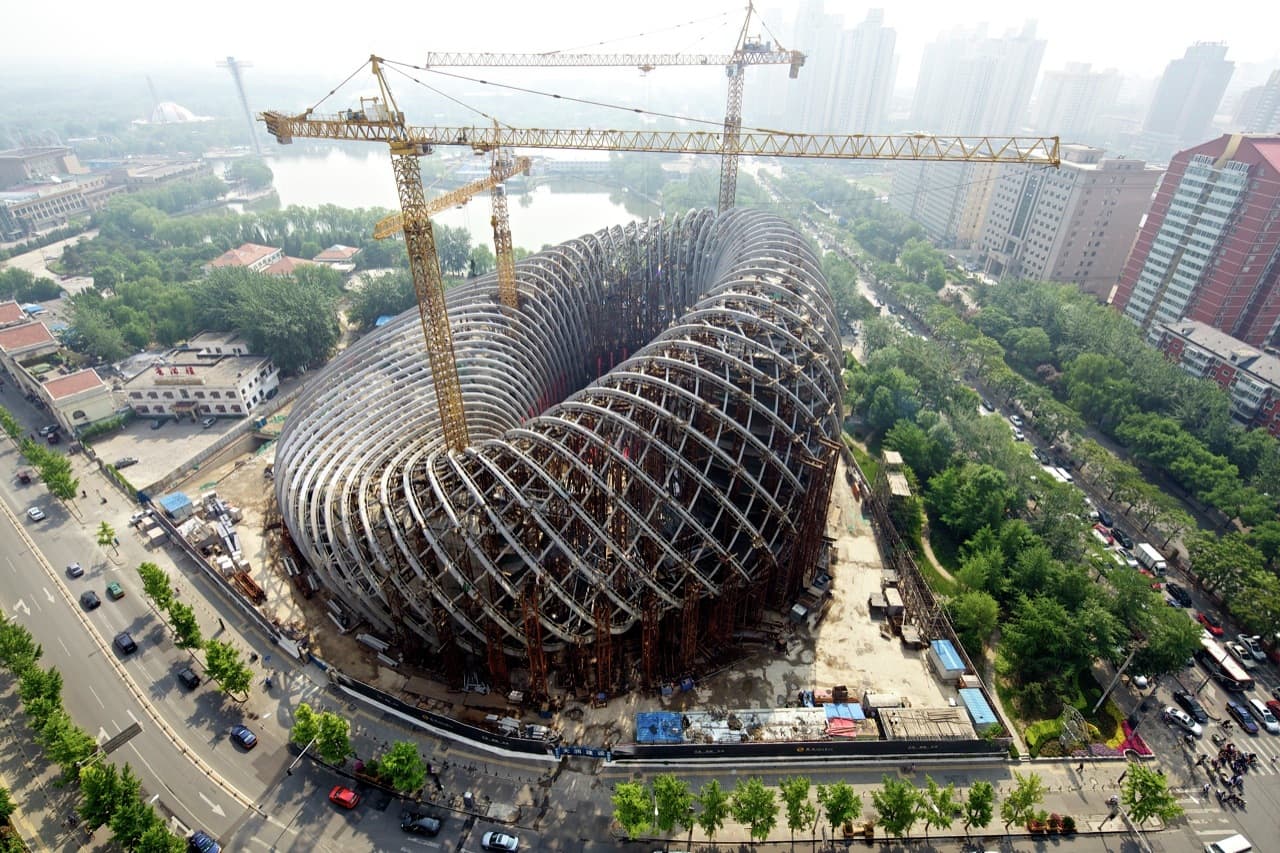 Above: The new Phoenix Media Centre in Beijing. Image courtesy of BIAD.

The top three countries on our list – China, the United States and India – will account for 57% of all global growth in the construction and engineering markets by 2030, amounting to USD £4.5TN. Those three nations account for over a third of the world’s population and economic output.

It’s worth adding that the impacts of technology adoption, building information modelling (BIM), innovation and globalisation (allowing skills to be easily transferred across the industry worldwide) are all playing a significant part in the growth rate of these markets and others down the list.

"China, the United States and India will account for 57% of all global growth in the construction and engineering markets by 2030"

Other nations ranking within the top 10 include Japan, Canada and Mexico, along with the Middle East region. Nigeria is set to become the world’s fifth most populous country by 2030, growing its construction market by 160%. 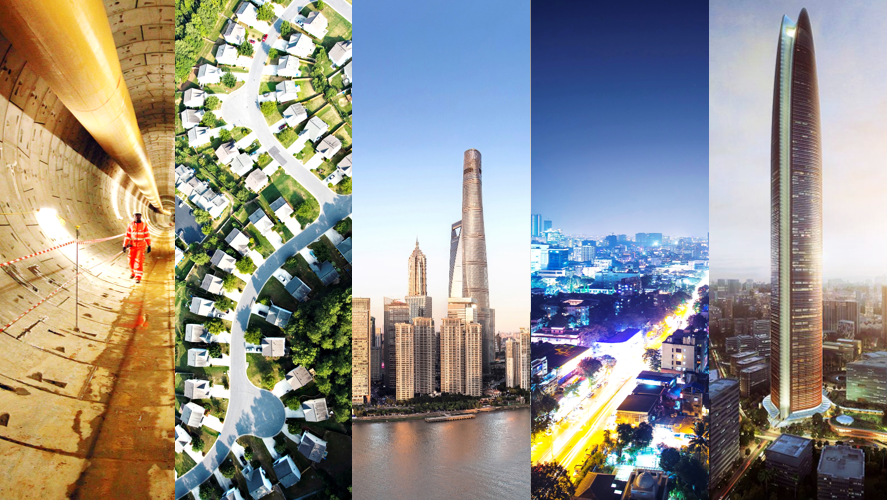