IT'S THE 2020s and we’re living in an age where people are willing to pay over USD $100M for a view of New York’s Central Park.

Now, the lavish three-storey apartment between levels 129 and 131 of Central Park Tower - the world’s tallest residential building - could become one of the most expensive real estate deals in the city’s history.

With its booming economy and huge, diverse jobs market, New York City is one of the most desirable places to live in the United States, and property prices are considerably higher than other parts of the country.

Standing at the heart of this popular city - and as a small island with limited space available - Manhattan is the extreme of the extreme.

Real estate prices here are often double that of neighbouring New York boroughs and the cost of living is 148% higher than in other major US centres.

The average cost of parking a car for a month in Manhattan is higher than the average monthly rent in Colorado.

Above: Central Park Tower will be home to a three-storey penthouse expected to sell for more than USD $200 million (image courtesy of Extell).

That’s what’s on offer at Billionaire’s Row - a new district that’s emerged around 57th Street as several developments have capitalised on engineering breakthroughs and the ability to stack air rights acquired from neighbouring sites onto their own small plots.

The result has been the rise of several super-slender towers - from One57 and 432 Park Avenue to 53W53 and 111W57 - the world’s thinnest skyscraper. But tallest of all the 472-metre Central Park Tower.

Above: Billionaire's Row is now home to a number of super-slender luxury towers (image courtesy of Noise).

Topping out in 2019 and now the tallest residential tower on Earth, the supertall skyscraper has a roof-line higher than One World Trade Center.

Rising from a seven-storey Nordstrom store at its base, an air-rights deal allows the tower to cantilever over the Art Students League of New York building; increasing floor area and improving park views that would have been partially blocked by the 290-metre 220 Central Park South development.

This building’s scale is matched by its luxury. There’s everything from pool terraces to screening suites, spas and cigar rooms but it's the apartments themselves that take prices skywards - and the penthouse breaks new limits.

A CASTLE IN THE SKY

Spread over three levels between the 129th and 131st floors, the 1,400 square metre property has six bedrooms, 11 bathrooms, staff quarters, a sweeping staircase, a private ballroom and an outdoor terrace situated more than 450 metres above street level (see the full floor plan in the video above).

It’s impossible to live anywhere higher in New York, or in the western hemisphere for that matter, and such height means some pretty incredible views of the world’s most famous skyline. 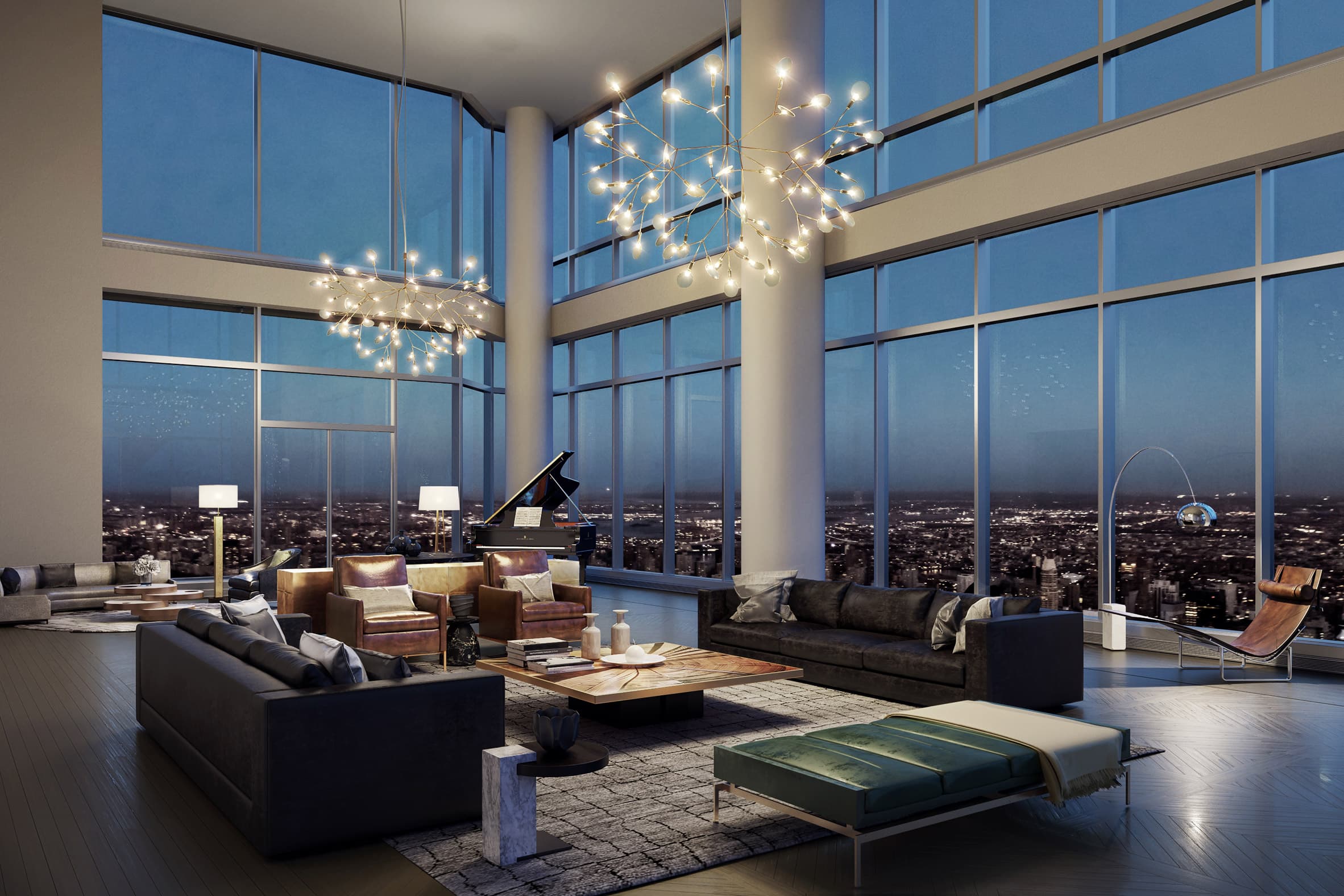 Above: The penthouse will include a double-height grand hall with panoramic views of the city (image courtesy of Extell).

Though the exact list price has not been published, single-storey penthouses on lower levels are available for USD $95M.

But the city’s real estate boom is cooling off. Prices began to fall in 2019 and experts suspect that an excess supply of luxury apartments may have saturated the market.

Coupled with the economic impact of the pandemic in 2020, several developments on Billionaire's Row may actually end-up completing at the wrong time. 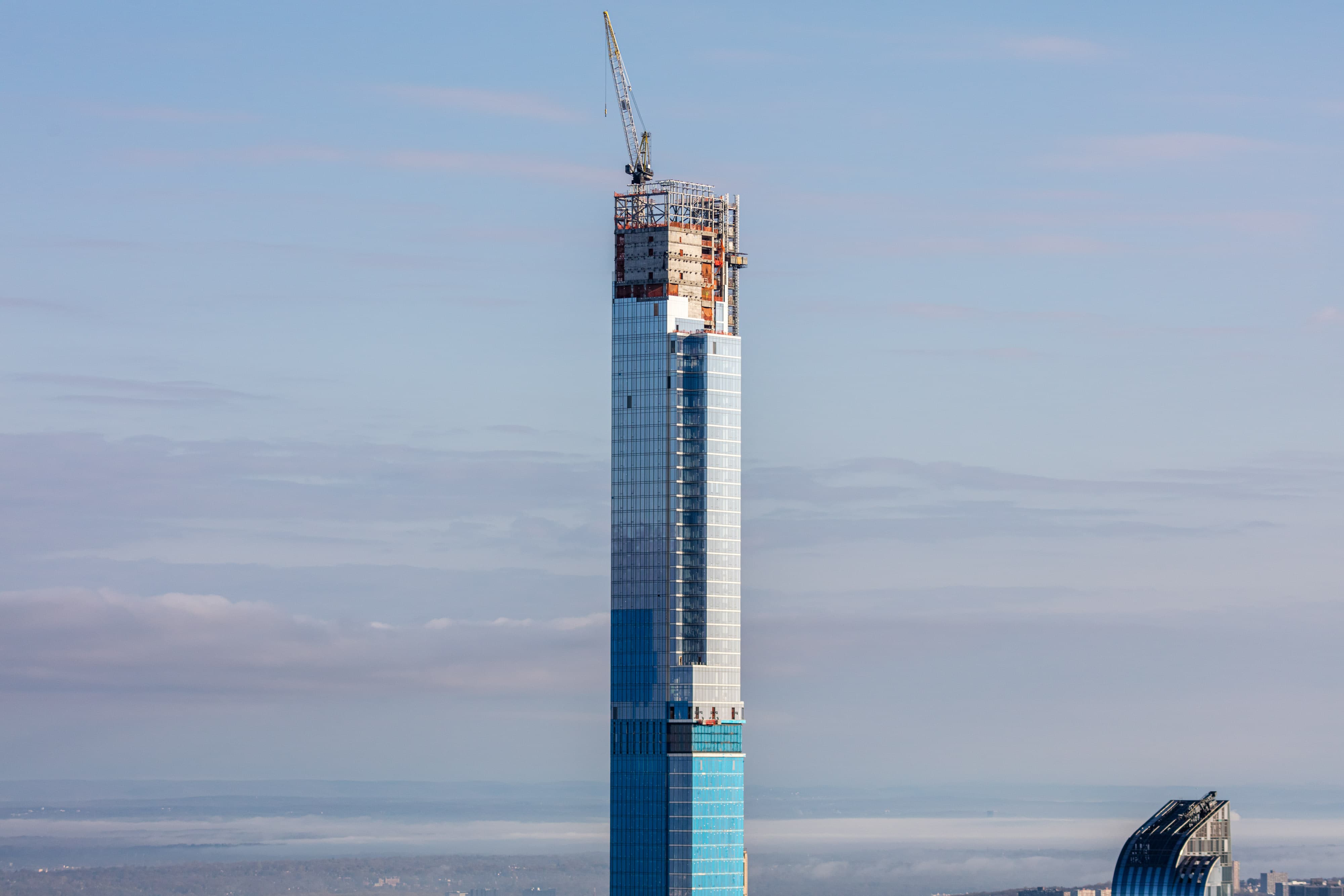 Above: The completion of Central Park Tower is coinciding with a downturn in the luxury property market (image courtesy of Max Touhey).

In response, some luxury properties in other towers are being reconfigured into smaller units in an effort to shift them.

Despite the market changing, it’s unlikely that this apartment will fall much below its estimated list price.

It’s normal for properties of such value to take several years to sell and the unique nature of its size, height and address will keep it comfortably in nine figures.

The arguably larger threat to developments of this type is shifting public opinion around the value they actually add to our cities.

With studio apartments in the lower levels of Central Park Tower starting at USD $1.5M and some property purchases simply used as a way of investing wealth, schemes of this type can be accused of driving up real estate prices in city centres, forcing people to move out to other neighbourhoods at the expense of the city’s soul - the very thing that gave it its appeal in the first place. 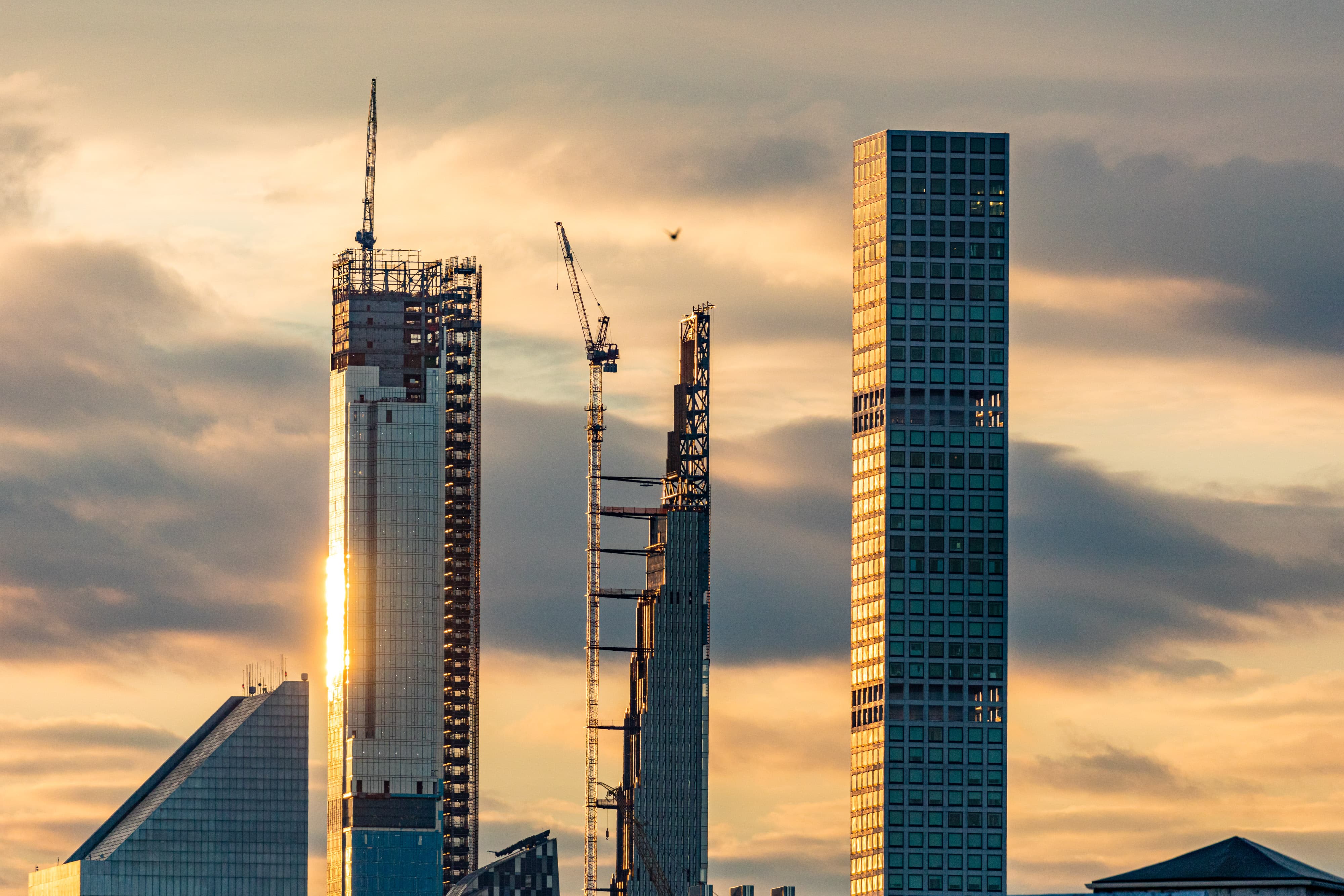 Above: The super-slender skyscraper boom is the latest chapter in New York's long history of pushing engineering to new limits ( image courtesy of Max Touhey).

While projects of this scale inevitably attract controversy - the ability of engineers to meet the demands of such an extreme property market with an apartment like this, demonstrates the innovative nature of the construction industry while nodding to the bold frontier-breaking approaches that made New York the home of the skyscraper.