Much has been written about the new Elizabeth Line – most of it related to the scheme’s excruciating two and a half year delay (it had been due to open in December 2018) and eye-watering cost overrun (which currently stands in excess of £2BN).

But when you enter one of the new stations – as I did at Tottenham Court Road (TCR) – the scale, quality and attention to detail lead you to believe that it may actually have been worth it. 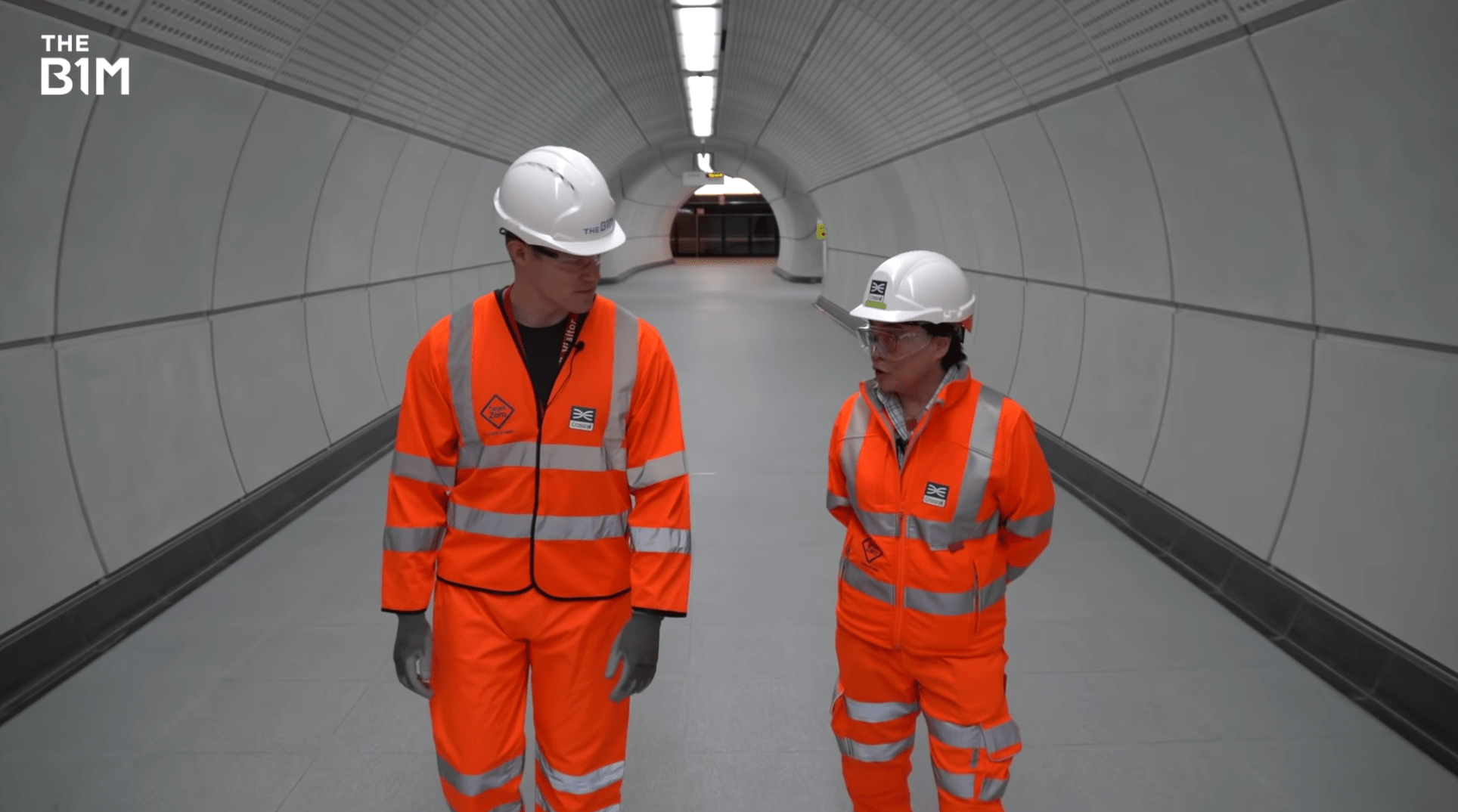 The now £18BN (circa USD $25BN) new line, constructed by Crossrail, runs for over 100 kilometers – from Heathrow Airport and Reading in the West, beneath central London and out to Shenfield and Abbey Wood in the East.

Along the way are 10 new station builds and 42 kilometres of tunnels, carefully threaded through the myriad of services, foundations and other live tube lines that exist below the UK’s capital. 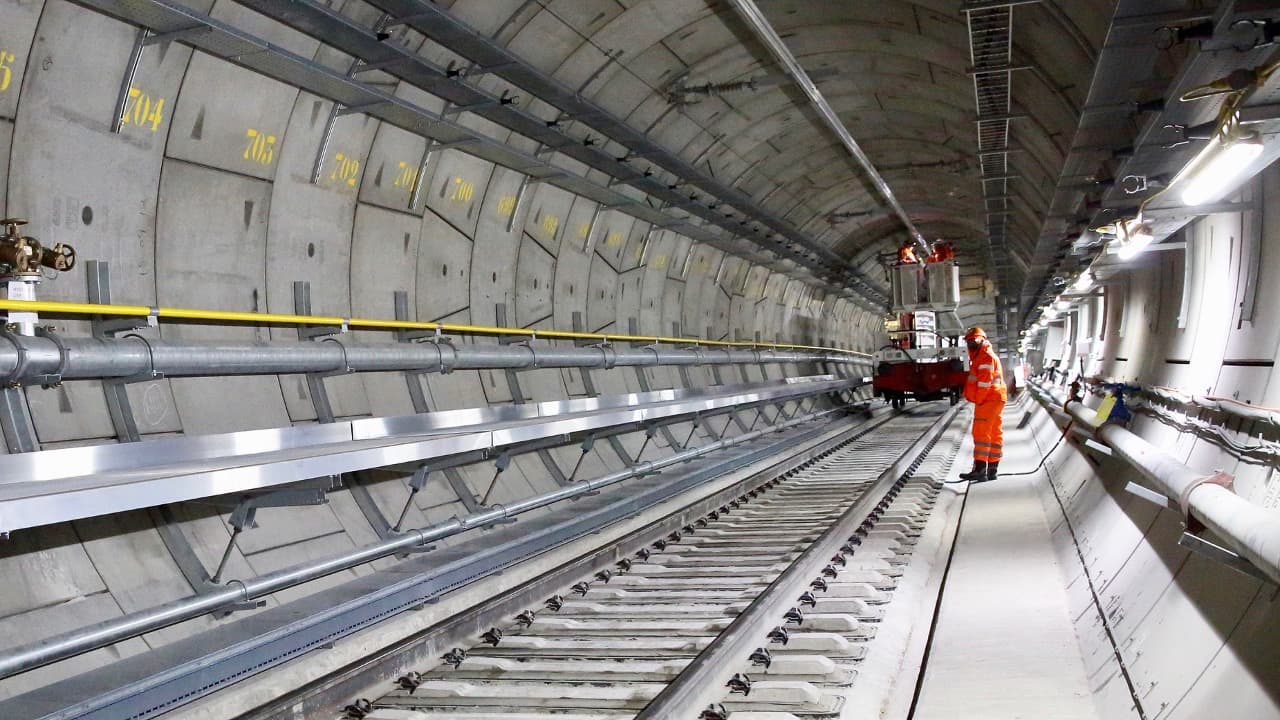 Above: The new railway saw 42 kilometres of new tunnels constructed beneath London (image courtesy of Crossrail).

The new station at TCR is one of the largest and most complex on the route.

Integrating into the existing live station and its tube lines, the new Elizabeth Line entrances and platforms sit under one of the most congested and heavily developed parts of the city.

However, Crossrail’s TCR Project Manager, Lih-Ling Highe – who saw the tunnel boring machines pass through TCR and actually create the station space – explained that, quite aside from tunnelling, the construction, testing and commissioning of the station had proved the most challenging phase. 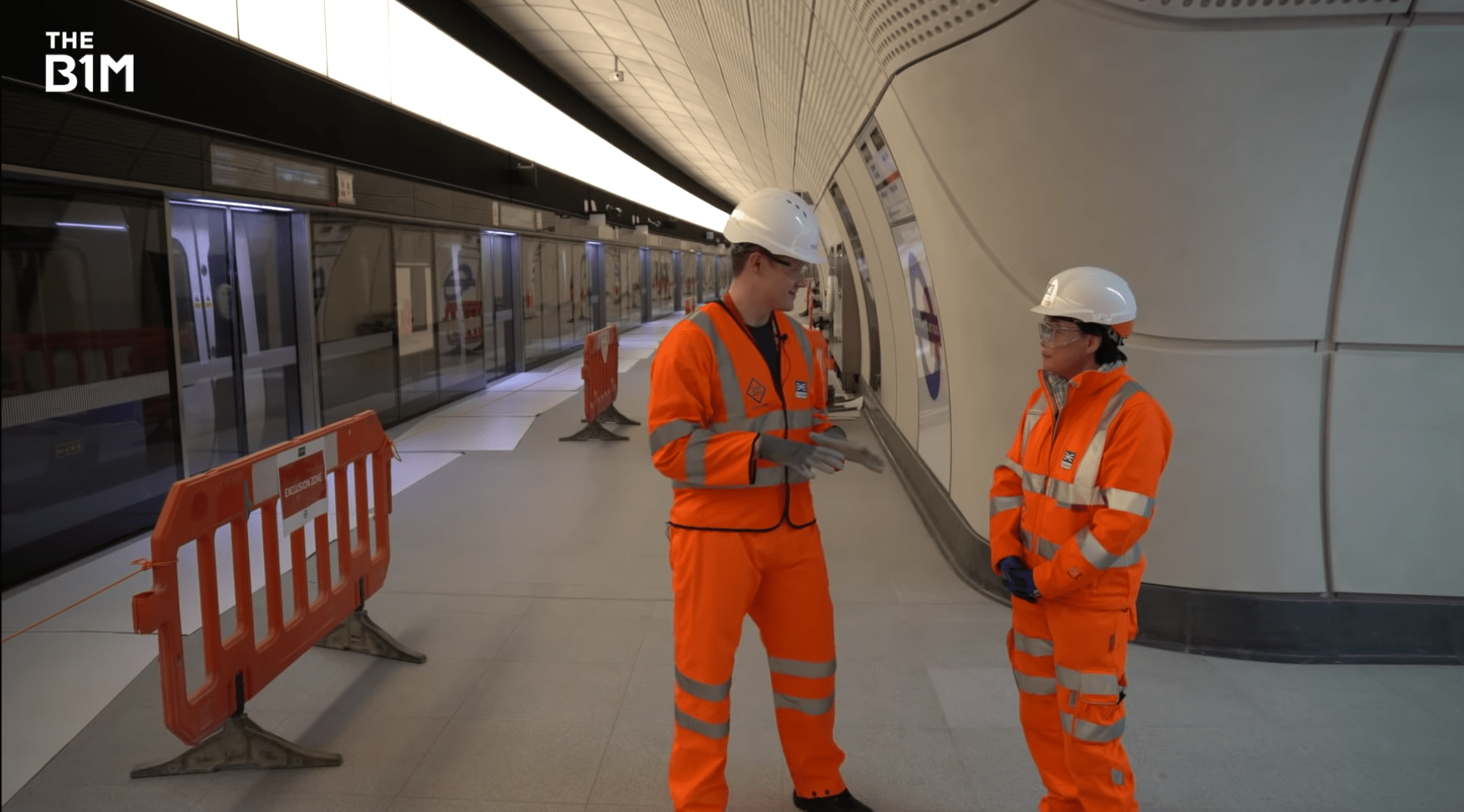 Above: Fred Mills and Lih-Ling Highe on the new platform at TCR.

At TCR, two new station entrances are being built.

The Western Entrance, positioned on Dean Street, features darker colouring to reflect the surrounding nocturnal economies in that part of the city.

Conversely the Eastern Entrance, sitting under a new plaza in front of the Centrepoint Tower, has a lighter feel, nodding to the surrounding architectural context of the area above. 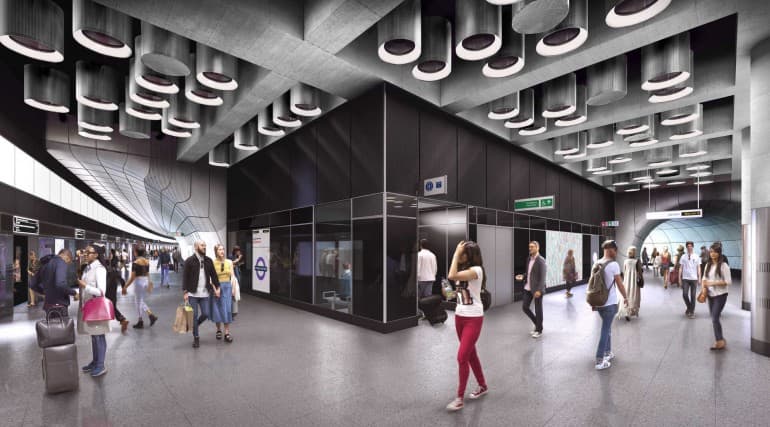 Above and Below: How is TCR is set to appear once operational (image courtesy of Crossrail). 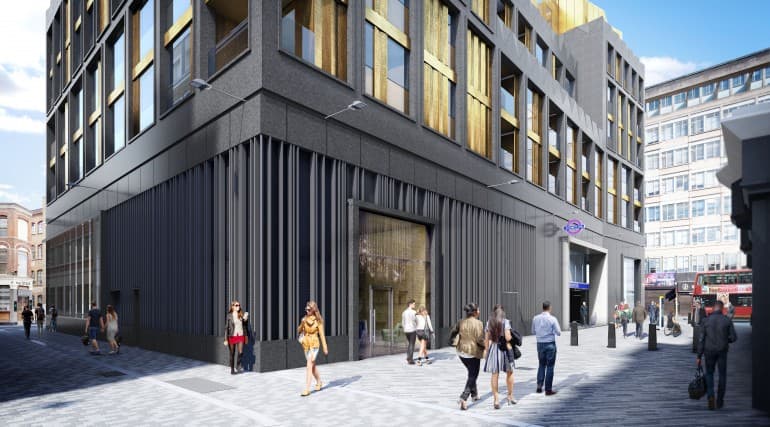 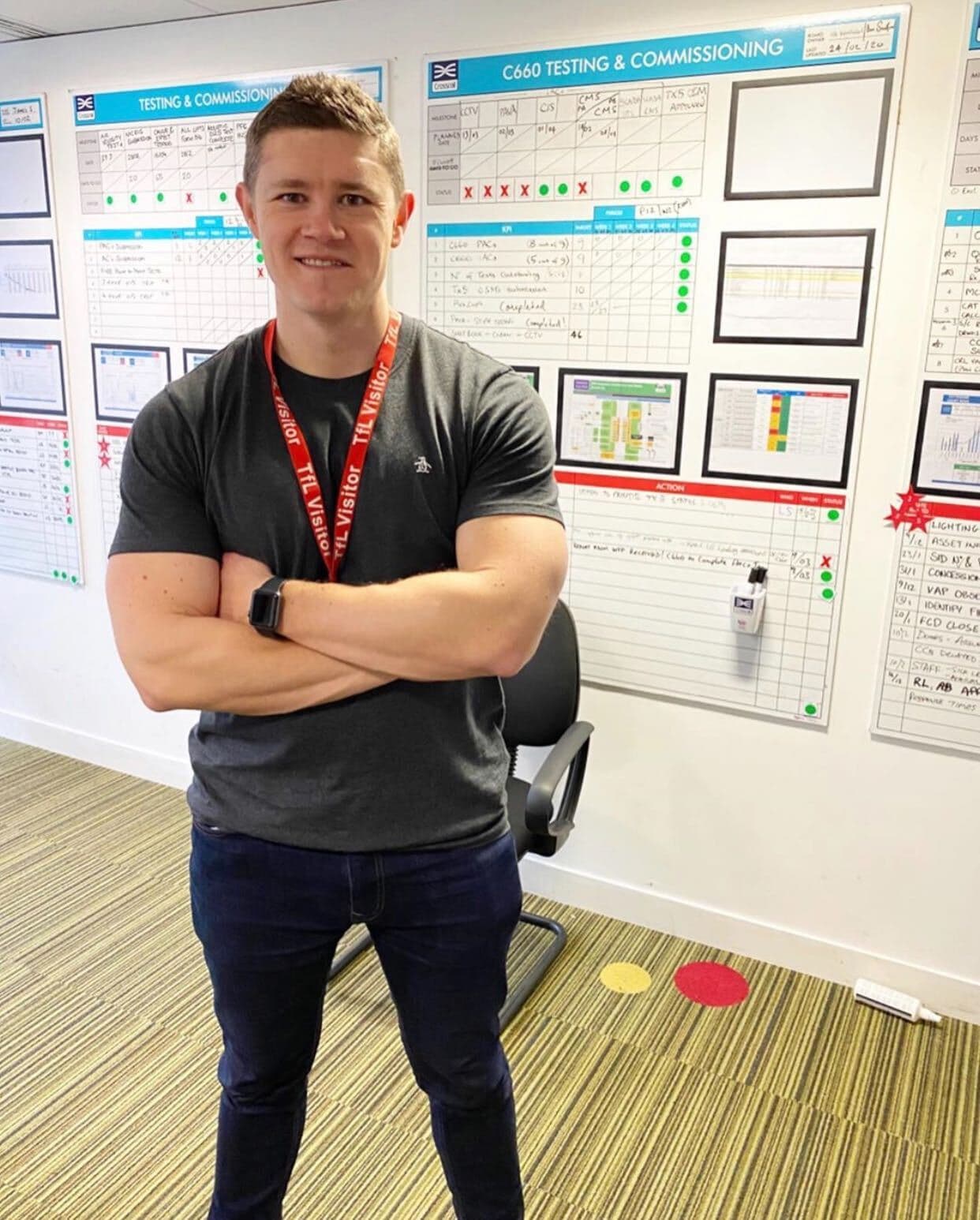 Above: Fred Mills post-shoot in the Crossrail project office.

The delays and cost embarrassments of this project shouldn’t be understated and it’s critical that other British schemes like HS2 and the Thames Tideway Tunnel – not to mention other major infrastructure schemes around the world - learn the lessons of where Crossrail went wrong.

But equally, we must not allow the project’s management failures to overshadow what its team have achieved.

Walking the platforms I was struck to think that the pristine surfaces and slick station space surrounding me had been solid earth just a few years ago.

There’ll be a wider economic impact too – an estimated £42BN boost to the UK’s economy.

The power of construction never ceases to amaze me. Yes, this project has had its challenges, but once completed and fully operational, the Elizabeth Line’s tremendous impact – on people and economies – will be felt for over a century to come.