Video and article powered by Bluebeam and narrated by Fred Mills.

THROUGHOUT the past century, our advancements in science have been enabled by buildings and infrastructure.

From vast satellite dishes the size of valleys to polar bases at the very ends of the Earth and cutting-edge facilities that help take us beyond our own planet, the construction sector’s collaborations with the world of science have dramatically advanced our species.

Opening new frontiers, answering critical questions, vaccinating billions and unlocking the secrets of our universe these are the world’s most incredible science megaprojects.

Covering an area the size of three football fields, engineers and contractors built the facility by excavating 160,000 cubic metres of Earth and pouring more than 55,000 cubic metres of concrete - before using one of the world’s largest cranes to install the ten-metre-diameter target chamber where reactions take place. 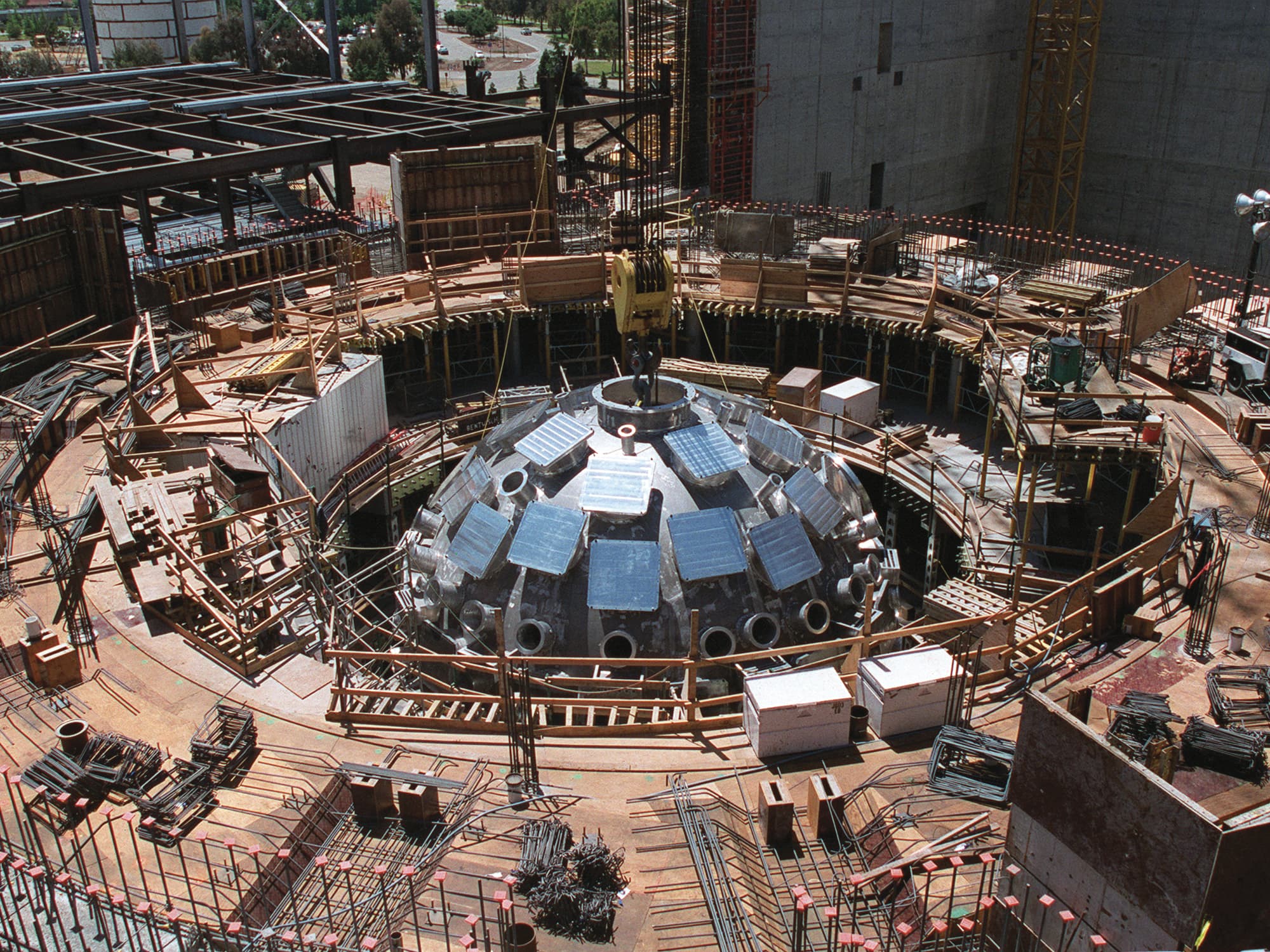 Above: The 10-metre diameter target chamber at the National Ignition Facility required one of the world's largest cranes to install. Image courtesy of Lawrence Livermore National Laboratory.

Capable of creating some of the most extreme temperatures and pressures ever seen on Earth, the facility has carried out more than 2,700 experiments over its decade of operation, increasing our understanding of nuclear reactions.

The programme has also made progress toward fusion ignition, replicating the processes that occur inside the Sun.

Research in that area will advance significantly when the USD $20BN International Thermonuclear Experimental Reactor (ITER) in France completes and comes online in 2025.

The mega construction project is currently one of the world’s biggest undertakings and is being jointly developed by 35 nations.

Ushering in a new age of astronomy, the machine will create images 16 times sharper than those currently produced by the Hubble Space Telescope. 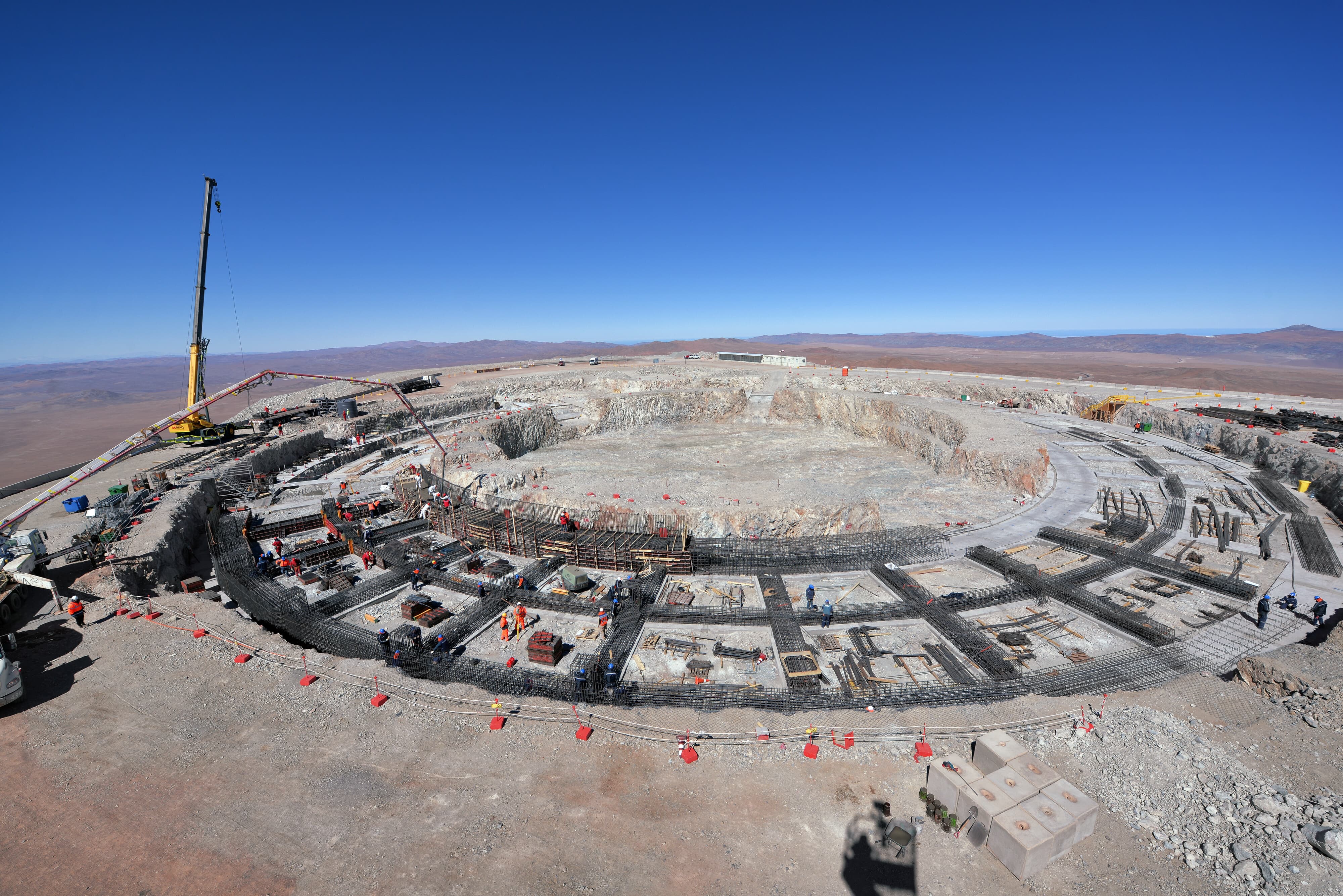 Above and Below: Under construction since 2017 the Extremely Large Telescope will be larger than the Colosseum when it completes. Images courtesy of European Southern Observatory.

Operated by the European Southern Observatory - which already runs one of the world’s largest astronomical facilities at the nearby Very Large Telescope (VLT), the Extremely Large Telescope will study exoplanets, increasing our understanding of how entire planetary systems are formed.

The facility will be larger than Rome’s Colosseum and far eclipse any existing land-based device. It’s primary mirror, formed from 798 smaller mirrors, will stretch to an incredible 39 metres in diameter.

Construction first started in 2017 and is set to take eight years to complete. The first light is currently planned for 2025.

Constructed using tunnels originally built in the 1980s, the Large Hadron Collider on the Franco-Swiss border sits up to 175-metres below ground.

The subterranean facility now allows scientists to fire subatomic particles around a 27-kilometre long ring of superconducting magnets, colliding them at almost the speed of light and recreating conditions which existed shortly after the Big Bang. 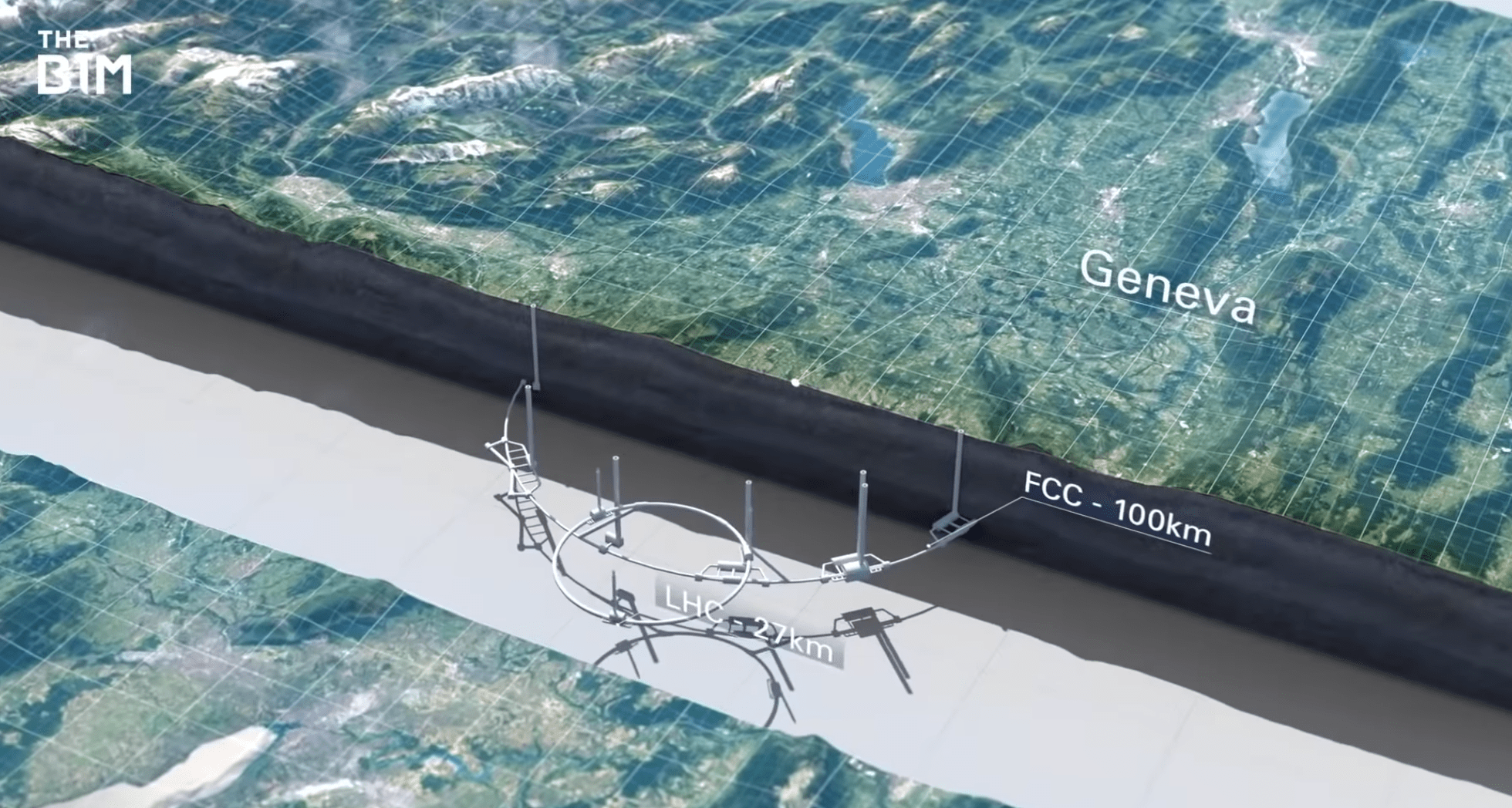 Above and Below: Sitting up to 175 metres underground the tunnels that house the Large Hadron Collider required the more than 250,000 cubic metres of earth to be excavated during construction. Images courtesy of CERN. 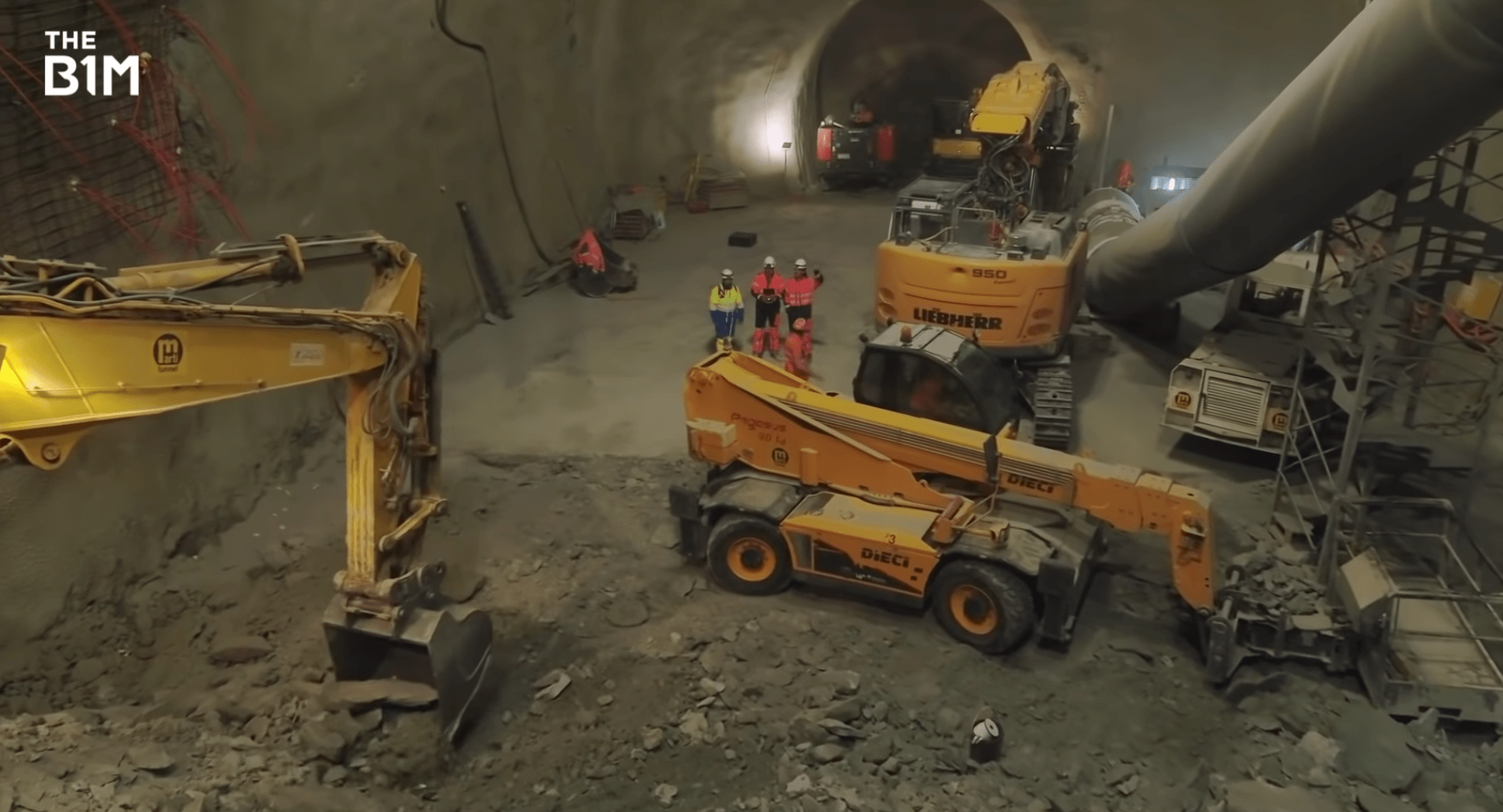 Aiming to unlock the origins of the universe, the experiments carried out here allow scientists to study and measure new particles, like the Higgs Boson discovered in 2012, and further our understanding of theoretical physics.

Easily one of the most complex construction projects ever undertaken by mankind, the chamber housing just one of the detectors - where the collisions themselves take place - required the excavation of more than 250,000 cubic metres of earth.

Despite the controversy surrounding the project, it functioned successfully from 2008 until 2018, when operations were ceased to carry out upgrades.

Under construction since 2013, the European Spallation Source (ESS) will be the world's most advanced research facility for neutron science when it competes in 2025.

Set to give scientists an insight into atomic structures, the facility could yield discoveries that benefit energy, technology, medicine, and environmental innovation. 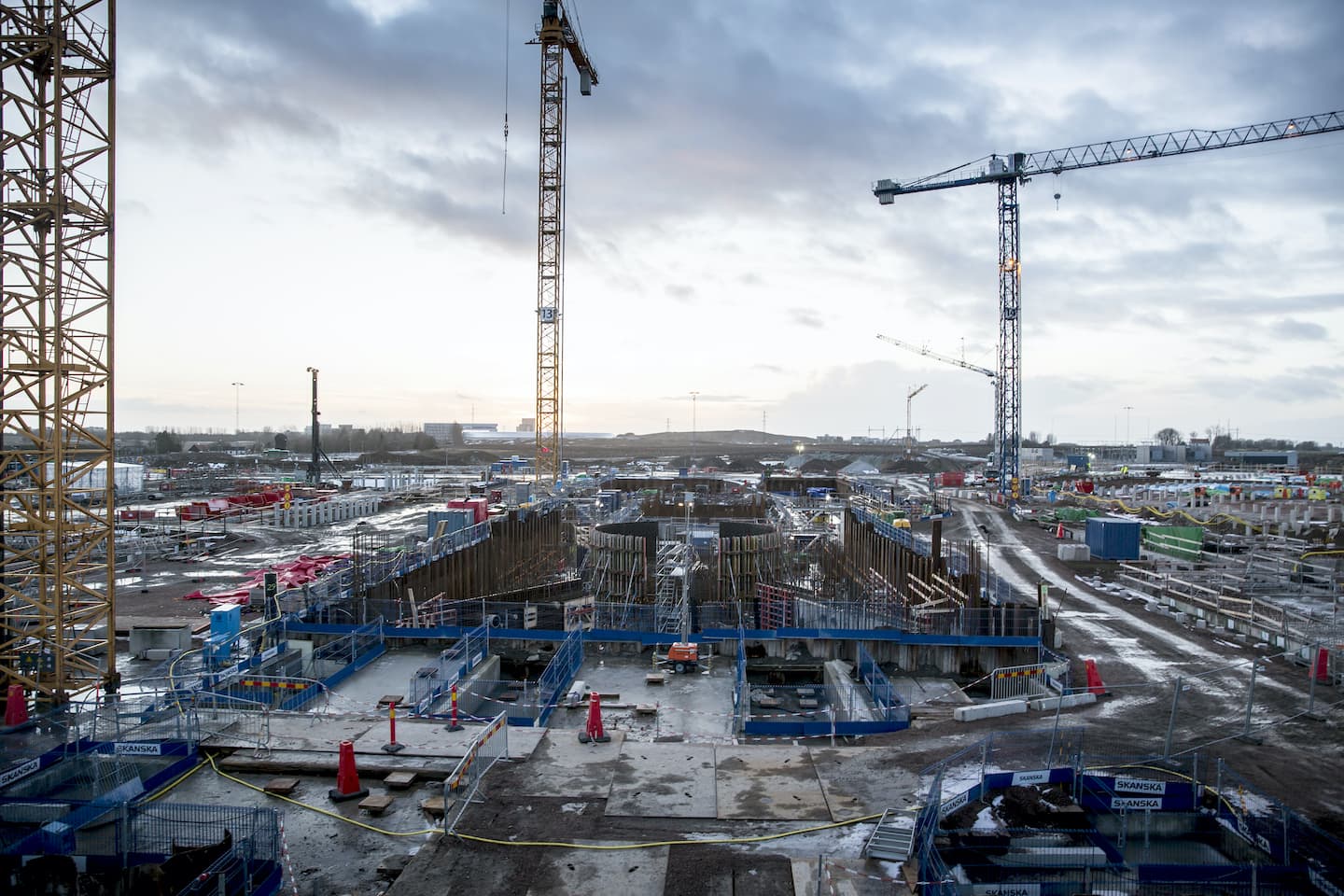 Above: The European Spallation Source is one of the largest complexes under construction in Europe. Image courtesy of Jenny Andersson.

Constructed by a consortium of 13 countries and at a cost of USD $2.1BN, the complex will be one of the largest on the European continent.

Despite its scale, the facility will have a limited visual presence from the outside with substantial landscaping planned to integrate the facility into the surrounding environment.

Though understated from the outside, this building in fact plays a major role in disease prevention across 150 countries.

When it first opened in 2019, the 185,000 square metre Serum Institute of India (SII) became the world’s largest vaccine manufacturing facility, capable of producing half a billion doses each year. 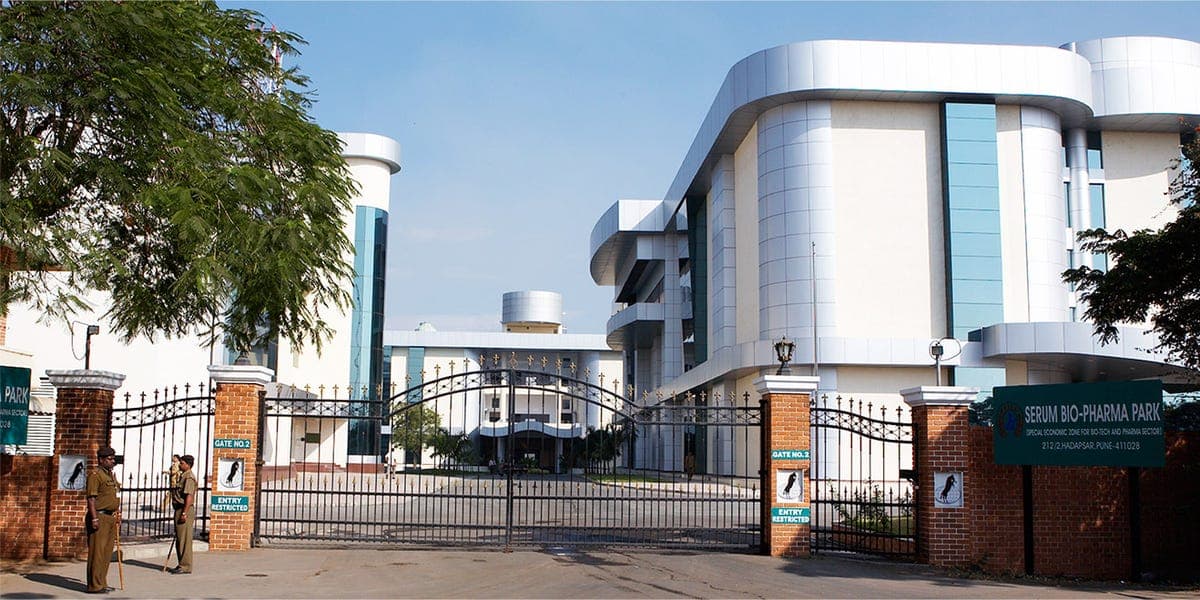 Above and Below: Though understated form the outside, the Serum Institute plays a major role in disease prevention producing 1.5 billion vaccine doses annually. Image courtesy of Serum Institute. 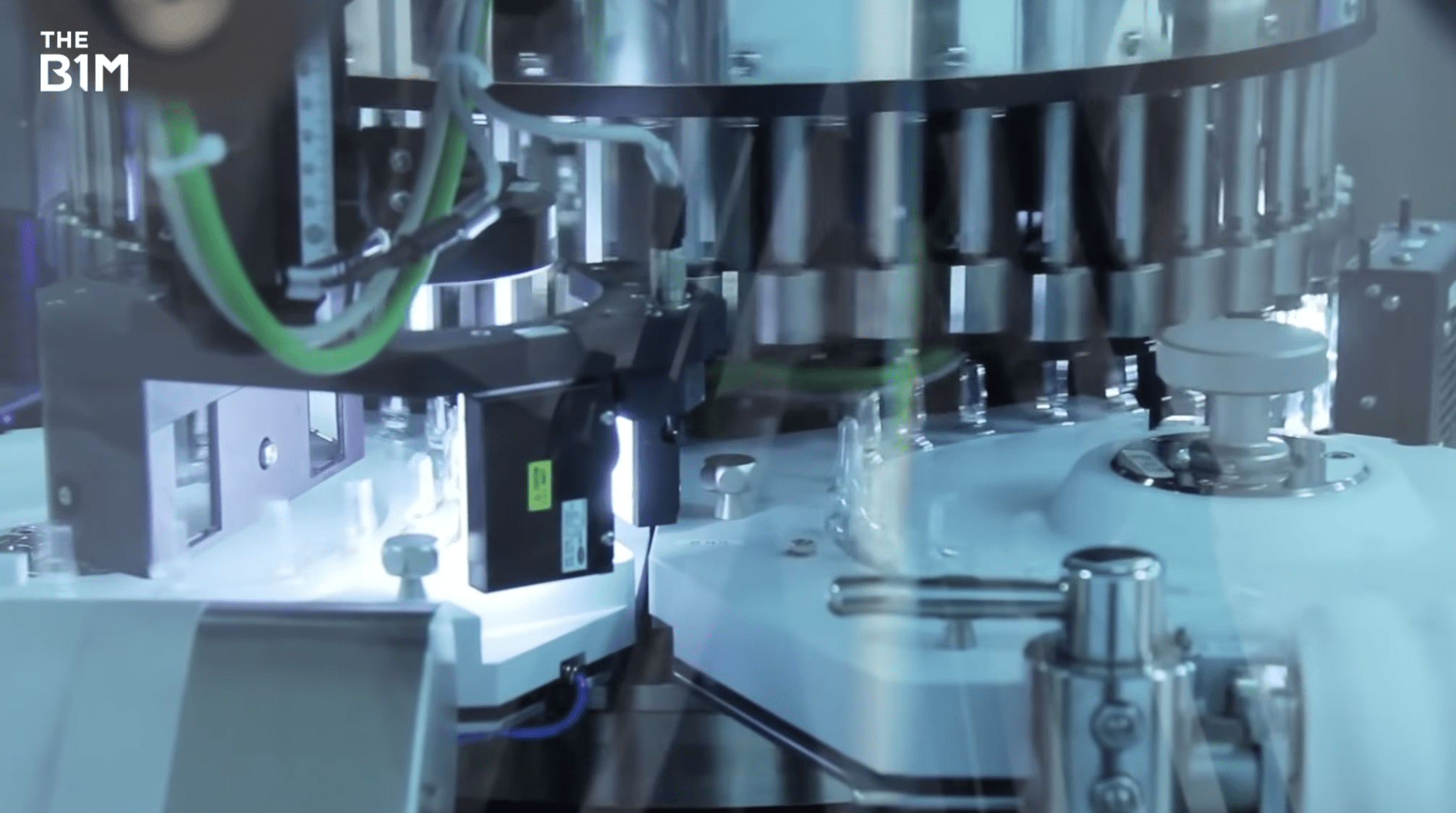 With the Institute seeking approved compliance with US and European vaccine regulations, the facility will likely play a key role in the manufacture and deployment of a vaccine for COVID-19 should one emerge from clinical trials.

This video and article were kindly powered by Bluebeam. See how Bluebeam Revu was used at the European Spallation Source project.