AUSTRALIA is about to get a new supertall skyscraper.

Stepping on site at Australia 108 – as I did in November 2019 – it’s impossible not to feel dwarfed by this incredibly high structure now rising above the streets of Melbourne.

At 317 metres, the building is the tallest new skyscraper currently under construction in Australia and will become home to the highest residences in the Southern Hemisphere when it completes later in 2020.

But building a supertall structure in the city’s Southbank district – an area with notoriously poor soil conditions – has not been straightforward. 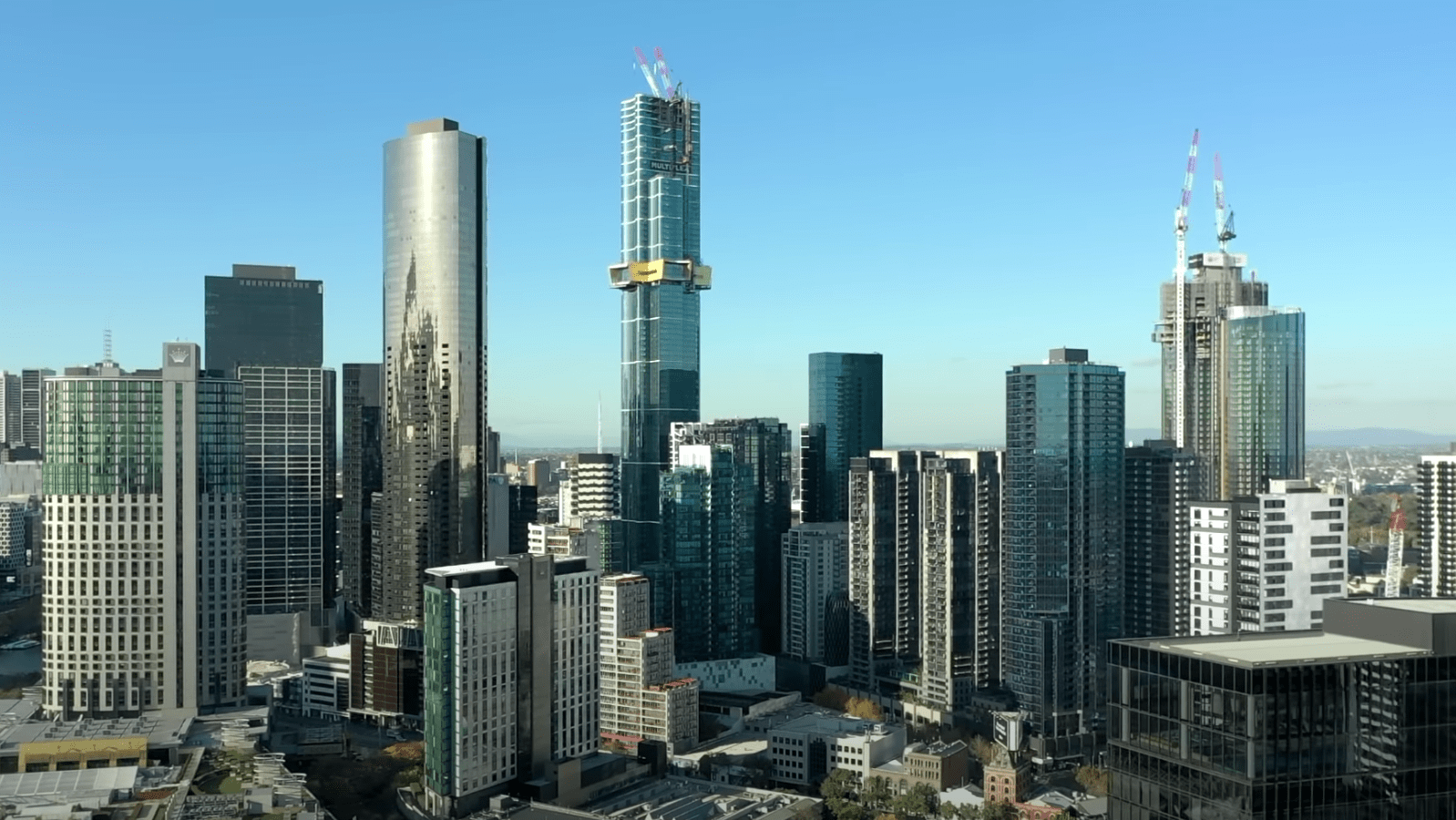 Above: Australia 108 is already starting to dominate Melbourne's skyline. Image courtesy of Brett Hunter. Below: The B1M's Dan Cortese on top of Australia's tallest new skyscraper. 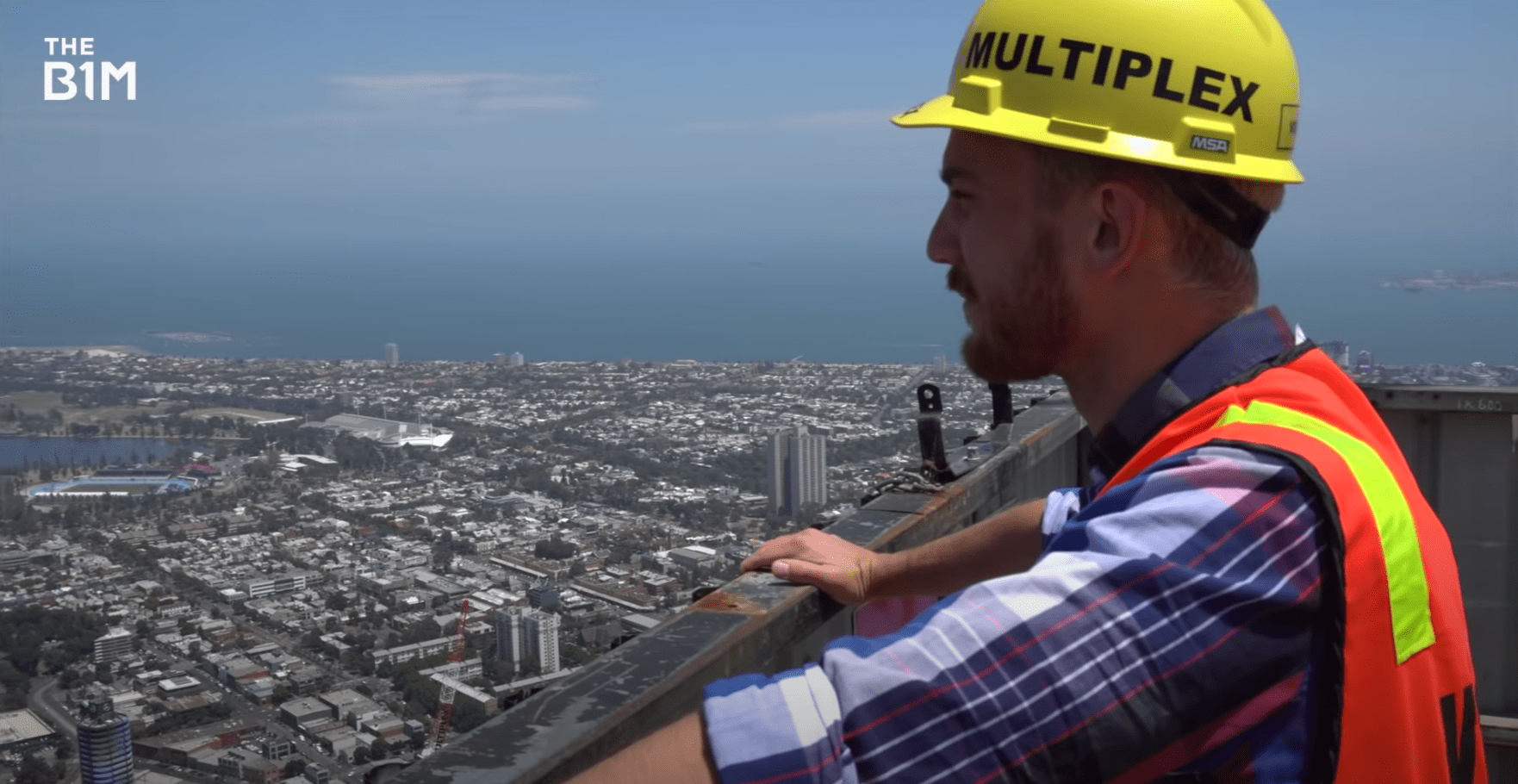 Initially more than 250 piles were driven across the site to establish the tower’s foundations, a process that took 12 months to complete.

Multiplex’s Darcy Holden explained that some of those piles were a whopping 2.1 metres in diameter and were driven down to the bedrock 45 metres below ground level. 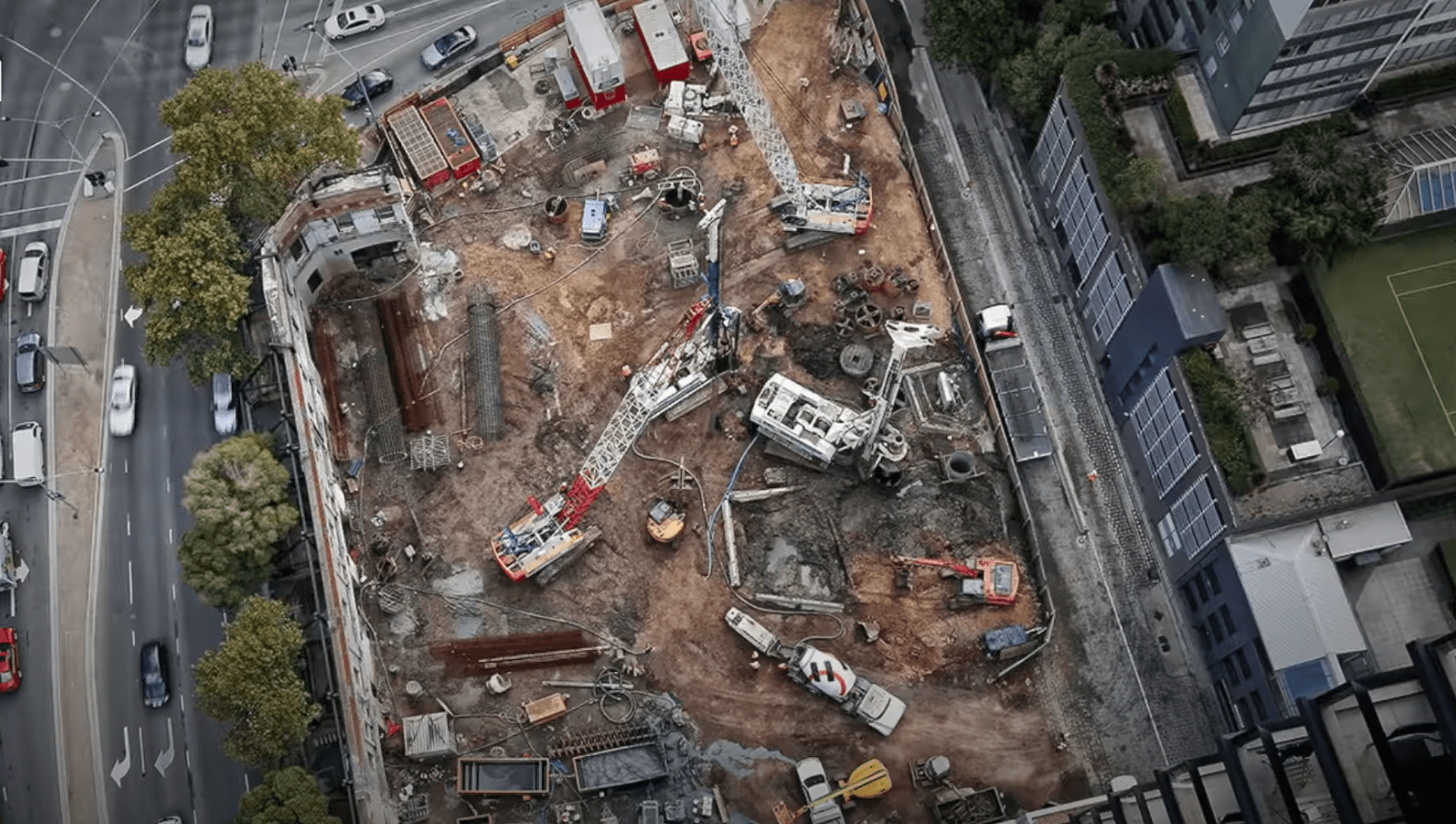 With more than 1,000 apartments within the building, residents have been moving in since mid-2018 and have been able to make full use of Australia 108’s gym, pool, spa, and cinema while construction work carries on above them.

As the lower levels were already occupied, Holden took me thought the tower’s premium lobby and onto the “starburst” - a defining feature of the building that dramatically cantilevers out of the structure more than 200 metres above street level and offers amenities for residents.

“It’s something that the architects have clearly designed to make the building stand out” explains Holden. 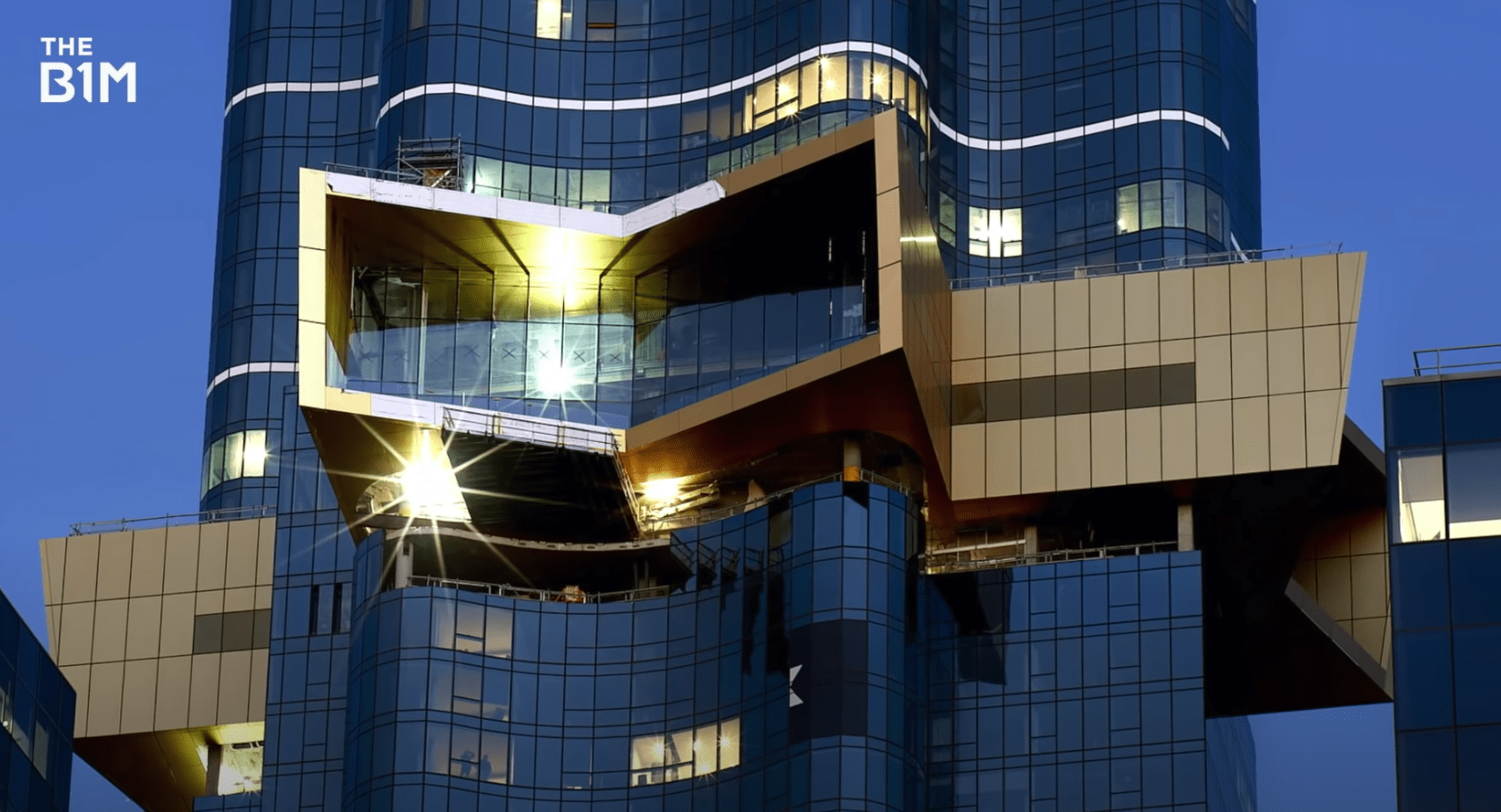 Above: The gold starburst is the tower's stand-out feature.

Taking two years of planning, the starburst was constructed offsite in sections before being transported to Melbourne and lifted into place at night.

With some sections measuring 14 metres long, wind was a major factor that needed to be taken into account during the installation process.

As such, it took the team four and a half months to install the 24 sections that form the starburst.

To ensure work on the main structure could continue, engineers designed the tower so that the upper floors could proceed in the event that work on the starburst was delayed, taking it off the programme's critical path. 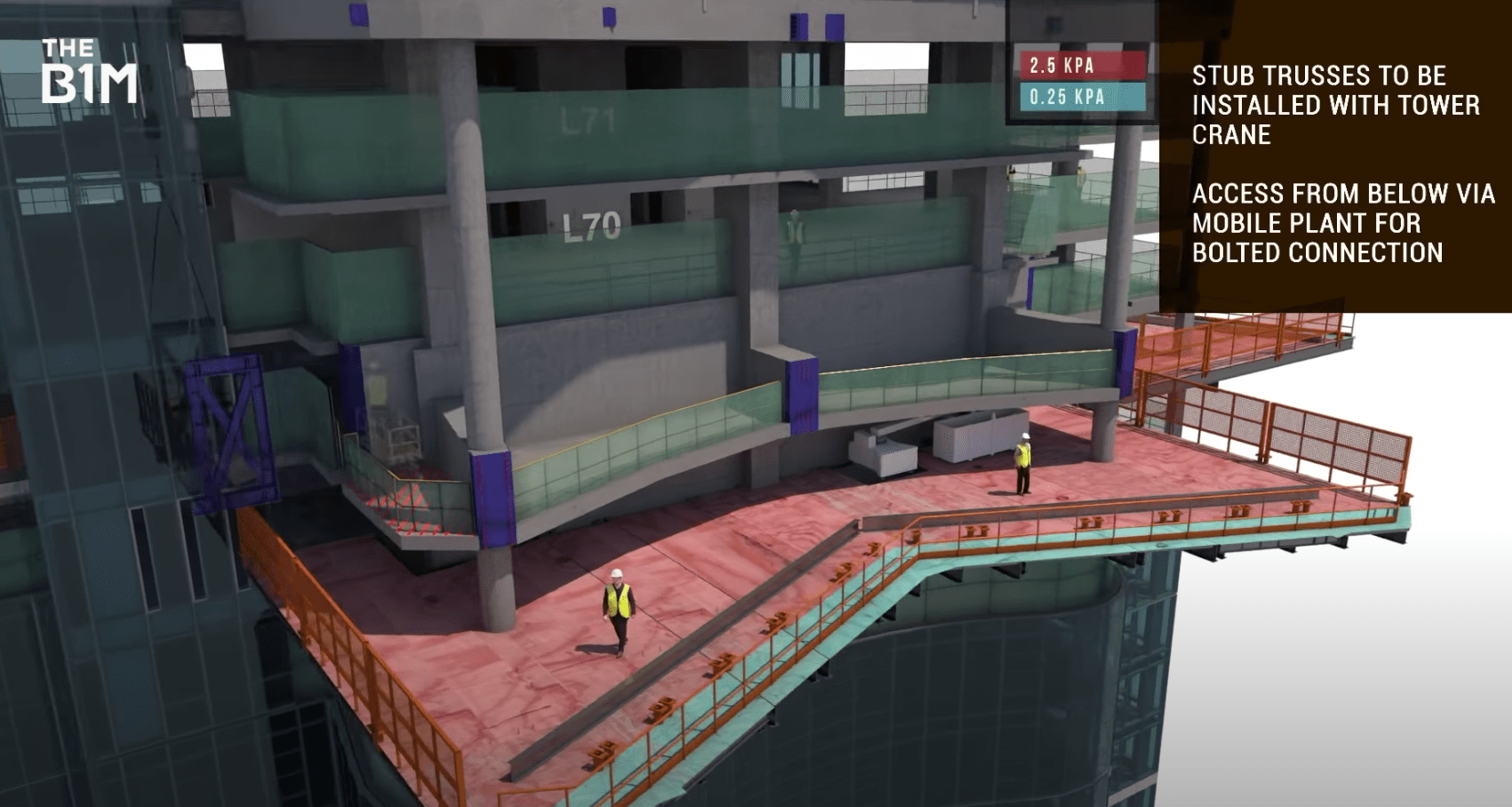 Above: The complex starburst was designed so that works could continue above it in case of delay. Image courtesy of Multiplex.

With the upper floors at various stages of construction, Holden took inside one of the near-complete apartments to see what living the high life at Australia 108 would be like.

While some of the premium apartments sold for AUD $2M, they pale in comparison to the penthouse.

Occupying the entirety of the 100th floor and accessed via a private lift, the penthouse set a national record at the time of purchase, selling for AUD $25M. Once complete, the apartment will earn the title of highest residence in the Southern Hemisphere.

When I visited the site in November 2019 works had reached level 98 – which will contain a plant room and damper tanks to reduce any movement of the tower in strong winds.

Despite the programme, Holden took me to the highest point of the tower to show me the kind of view that AUD $25M can buy – and it didn’t disappoint. 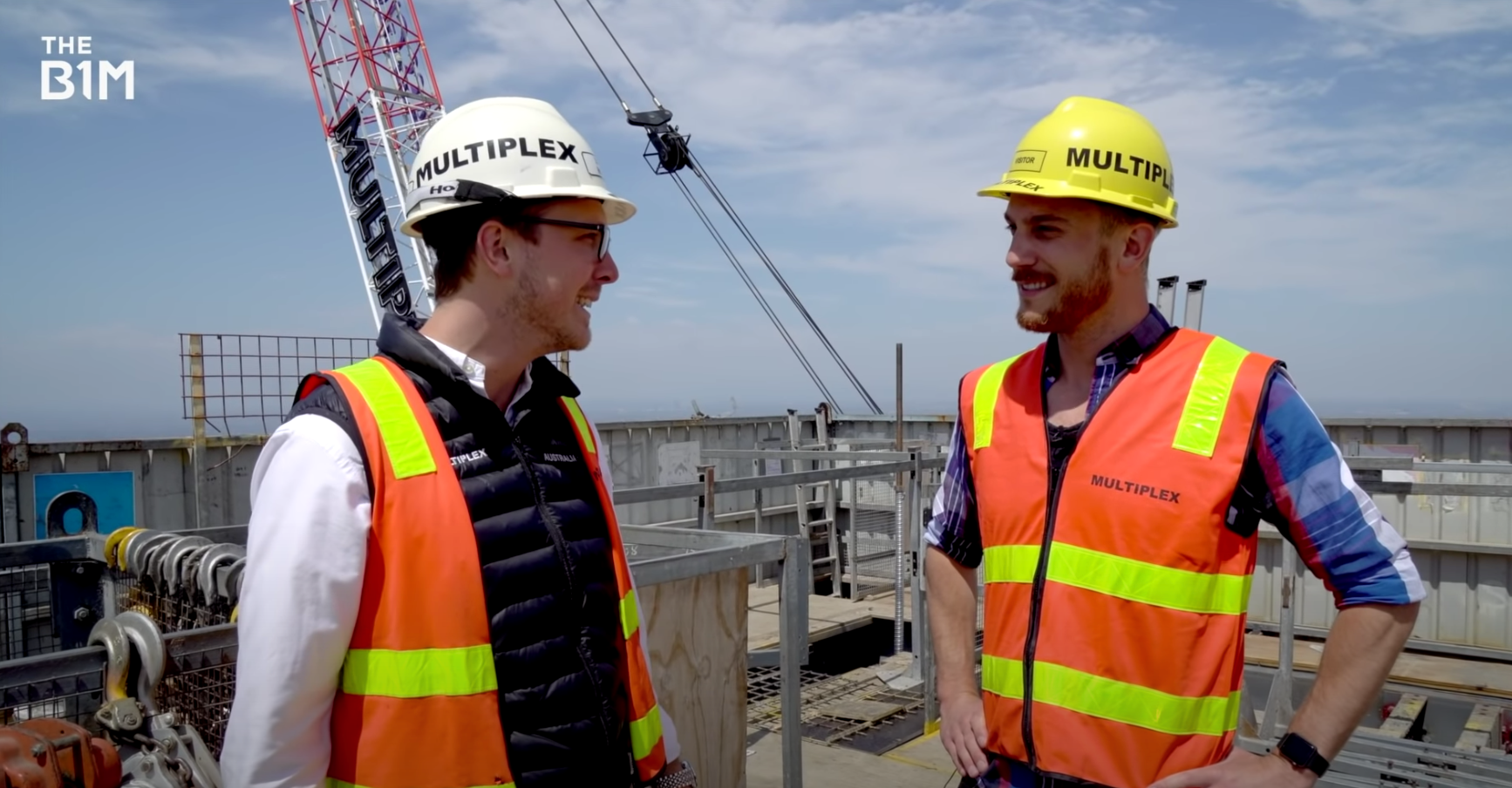 Above: Multiplex's Darcy Holden [left] and The B1M's Dan Cortese [right] at the highest point of the tower's core in November 2019.

Now topped-out and with social distancing measures introduced so that works could continue through the Covid-19 pandemic, Australia 108 is on track to complete at the end of this year – a striking new skyscraper that will undoubtedly inspire awe far beyond Melbourne.