A DOME is an extremely efficient way to enclose a large amount of space, and the form can be seen topping some of the world’s most well-known and impressive buildings.

Used since pre-history, as technology and materials have advanced, so too have the spans that can be achieved.

Here we've rounded-up some of the largest domes that have ever been built - but rather than ranking them on size alone, we have looked at the largest domes constructed out of different materials, making for a much more diverse, interesting and intriguing list!

A dome is a self-supporting structural element of architecture that resembles the hollow upper half of a sphere. 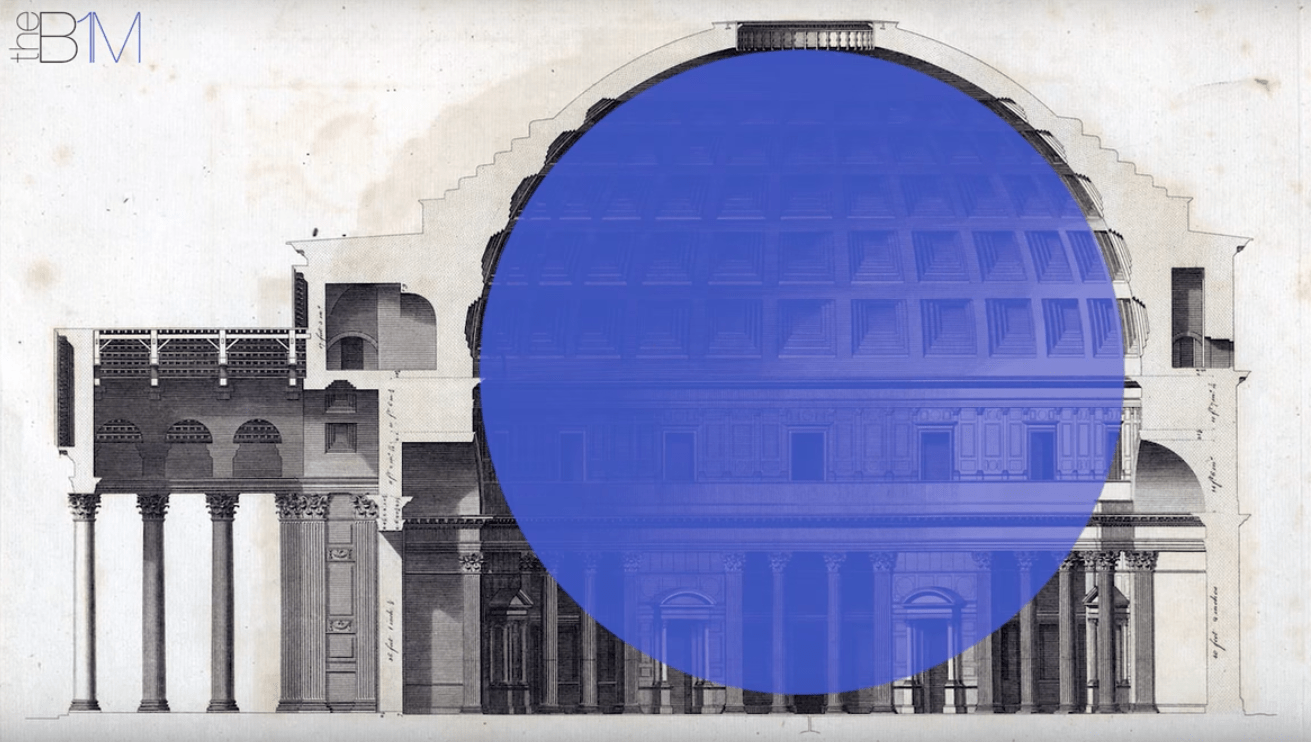 Above: The dimensions of the Pantheon create a near perfect sphere.

Based on this definition we have not included "dome-shaped" buildings that are not self-supporting – such as the Millennium Dome in London (now the O2 Arena) which is supported by masts.

The Roman’s built domes with gradually increasing spans as engineering and construction principles developed. This culminated in the construction of the remarkable Pantheon in Rome that has a spectacular span of 142 feet (about 43 metres). 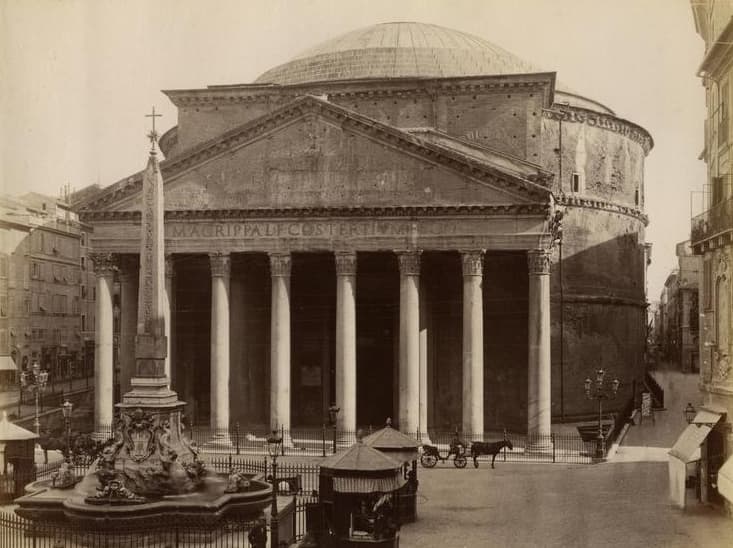 Above: The Pantheon remains the world's largest unreinforced concrete dome, almost 2,000 years after it was completed.

Commissioned as a Roman Temple during the reign of Augustus, the building was completed by emperor Hadrian in around 126 AD.

Not only was this the largest dome of any type in the world for the next 1,300 years, it is still the largest unreinforced solid concrete dome to this day.

It was not until the Italian Renaissance that a dome larger that the Pantheon was built.

One of the greatest architectural and engineering achievements of the Renaissance, Filippo Brunelleschi’s dome for Florence Cathedral was completed in 1436.

With a diameter of 148 feet (45 metres) the dome is only 6 foot larger than the Roman Pantheon.

Built from brick, the octagonal dome remained the largest in the world for the next 400 years, and it is still the largest masonry dome ever built.

Perhaps surprisingly, given how long the material has been utilised in construction, the world’s largest stone dome was completed very recently.

Built in India, north-west of Mumbai, the "Global Vipassana Pagoda" was completed in 2006. 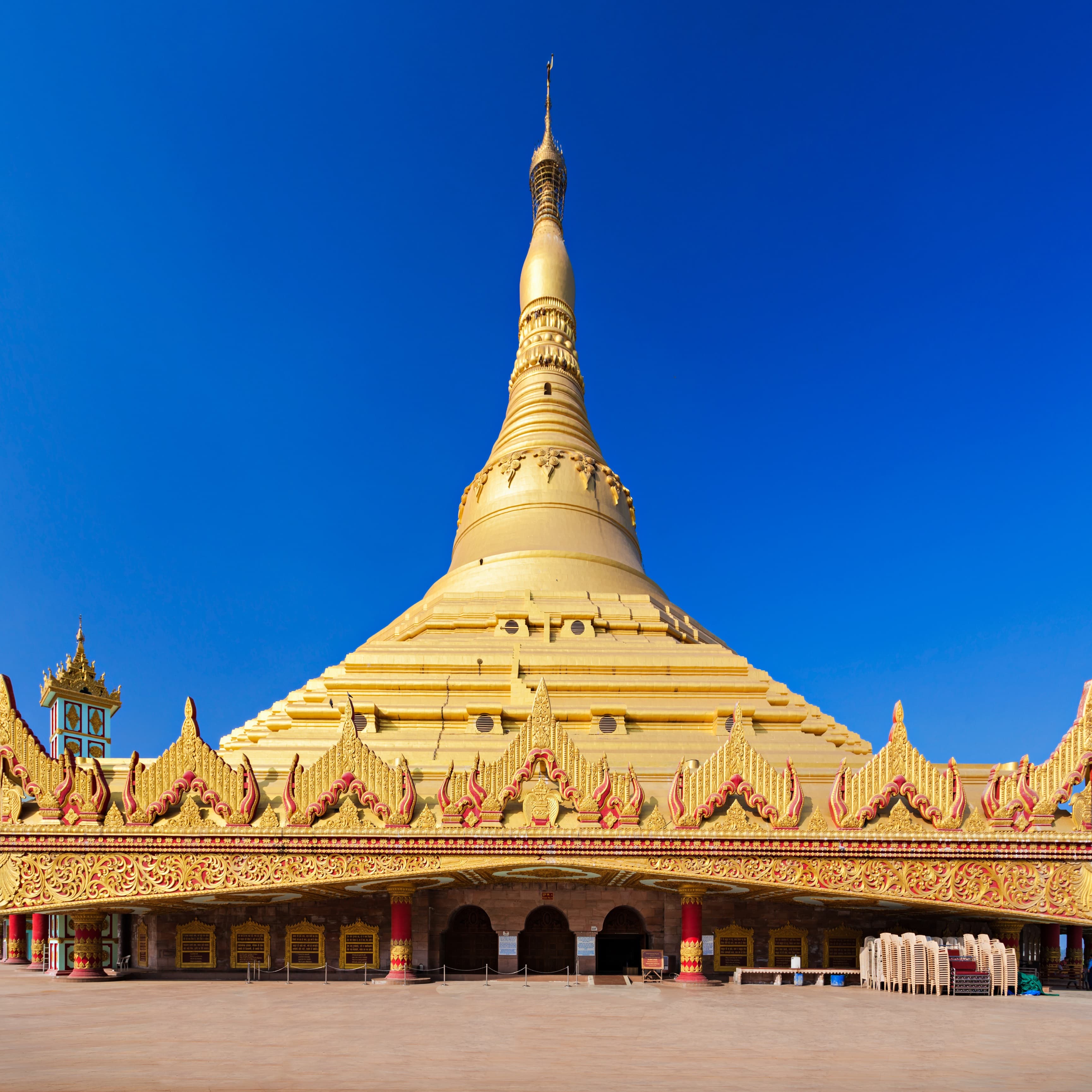 Above: The Global Vipassana Pagoda is twice as large as the previous largest stone dome.

The dome of the meditation hall, designed to serve as a monument of peace and harmony, has a diameter of 279 feet (85 metres).

This is twice the size of the previous largest stone dome in the world; the Gol Gumbaz Dome in Bijapur, India, a mausoleum that was built in 1656.

Returning to concrete - but this time using more modern construction techniques - we have the largest dome built from pre-stressed concrete. 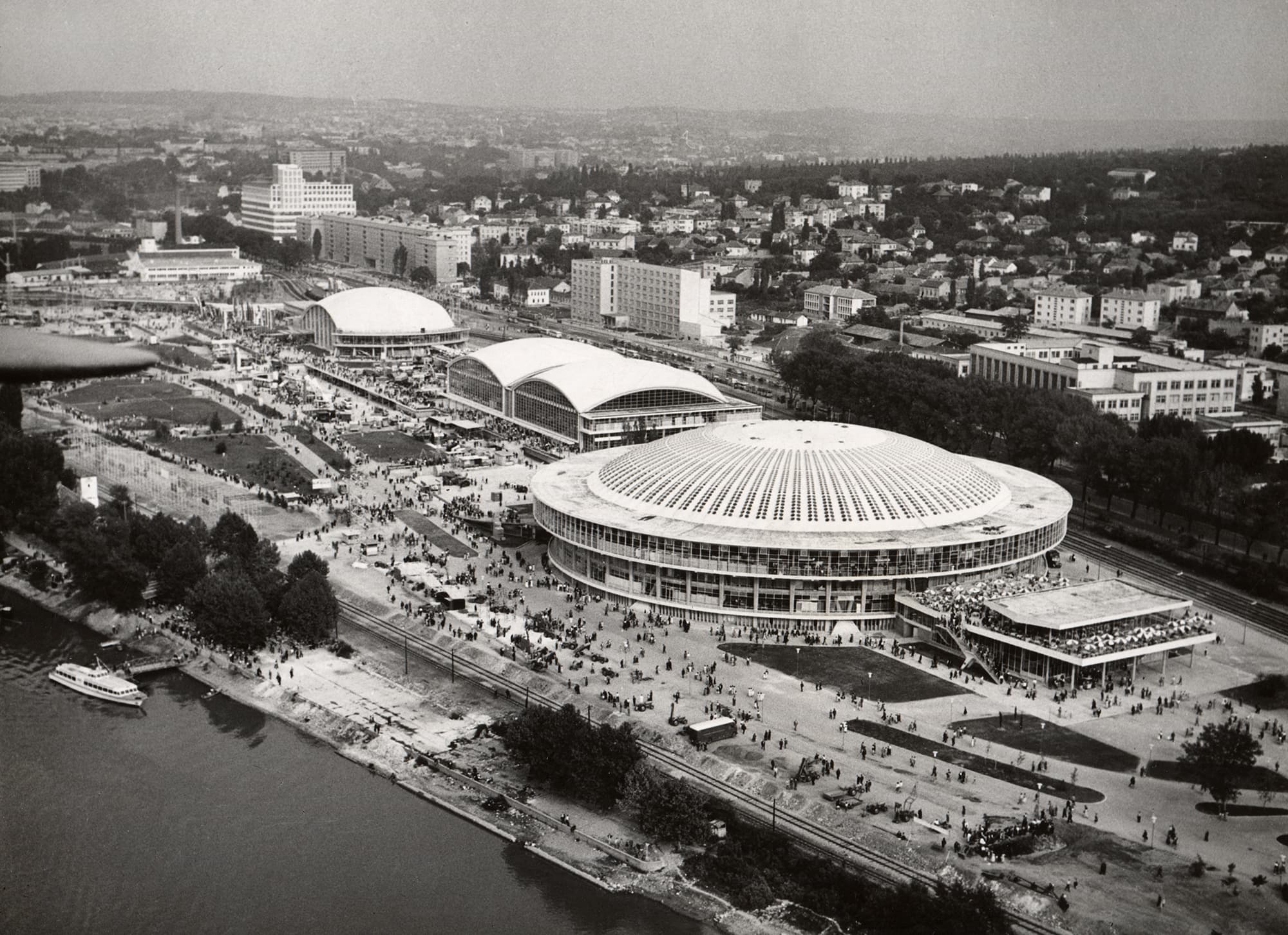 Above: The Belgrade Fair Hall is Europe's largest dome.

Completed in 1957 this makes it another building on our list that at one time was largest dome in world, holding the title for eight years, until 1965.

The building is still the largest dome in Europe and remains the world’s largest pre-stressed concrete dome.

The largest of these is "Norfolk Scope", a 11,000-capacity arena in Virginia in the United States. Designed by Italian architect and engineer Pier Luigi Nervi, the 440 feet (134 metre) wide dome is a much larger version of his Palazzetto dello Sport built for the 1960 Summer Olympics in Rome. 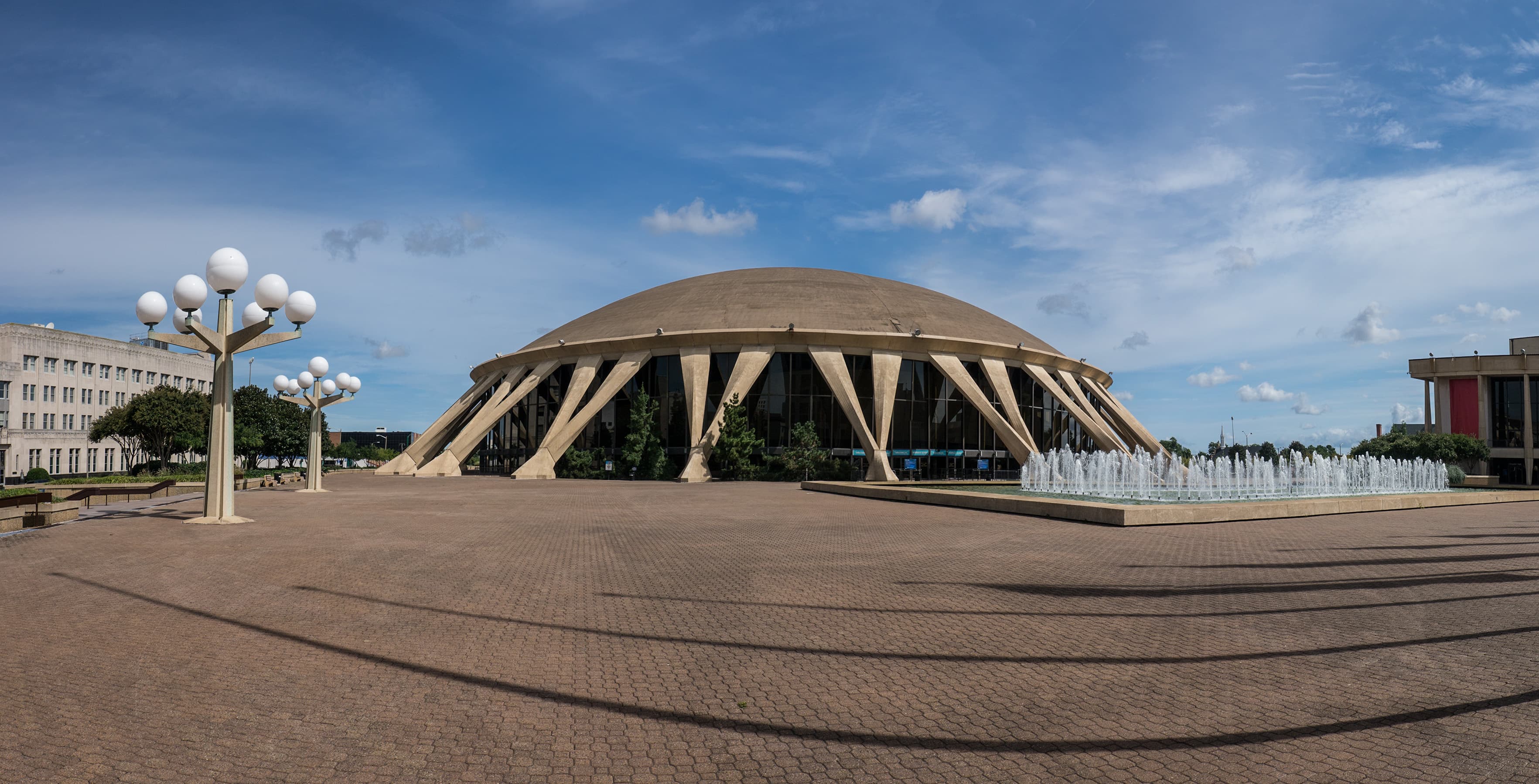 Above: Norfolk Scope regained its title as the "world's largest reinforced concrete dome" when the Seattle King-dome was demolished. Image courtesy of David Kirsch.

Although the dome lost its title as the largest reinforced concrete dome in the world in 1972, when the Seattle King-dome, home stadium of NFL team the Seattle Seahawks opened, it regained the title when that structure was demolished in 2000.

Perhaps surprisingly the largest dome in the world not constructed from steel, is built from timber.

With a remarkable span of 535 feet, the appropriately named “Superior Dome” in Michigan, United States, is the world’s largest wooden dome.

Above: The Superior Dome in Michigan is the world's largest non-steel dome. Image courtesy of  Bobak Ha'Eri.

Built in 1991 on the campus of Northern Michigan University, this geodesic dome encloses a multi-purpose retractable pitch that can be used for American Football, soccer, and field hockey.

The vast structure was constructed from over 780 Douglas Fir beams and a staggering 108.5 miles of fir decking.

All of the world’s largest domes are stadiums constructed from steel, and the largest of these – with an incredible span of 1017 feet (310 metres) – is in Singapore.

Completed in 2013, the 55,000 capacity "Singapore National Stadium" took the title away from the Cowboy stadium in Arlington, Texas.

Above: The Singapore National Stadium is currently the world's largest dome. Image courtesy of DP Architects.

The stadium, which is custom-designed to host football, rugby, cricket and athletics events was designed by Arup Associates and has a retractable roof making it also the world’s largest retractable dome.