GLASS has become the go-to external cladding material for the majority of today’s skyscrapers.

While New York defined the modern skyline in the early 20th century, recent years have seen glazed facades proliferate and begin to dominate the city's skyline.

Despite maximising views and allowing natural light to penetrate deep into a floor plate, the rate at which we are now building glass skyscrapers has led some to begin to view these structures as indistinct and repetitive, adding little to the city’s built fabric.

In response, a handful of architects are now working on a range of projects that pay homage to the city's history while reintroducing materials and characteristics from the early 20th century.

From striking terracotta facades to soaring vaulted arches, these projects are bringing New York’s classic architecture into the modern age.

Moving away from a uniformed profile, the tower rises 30 storeys and features a number of setbacks that nod to some of the city's most iconic buildings while creating ample terraces across the building's facade. 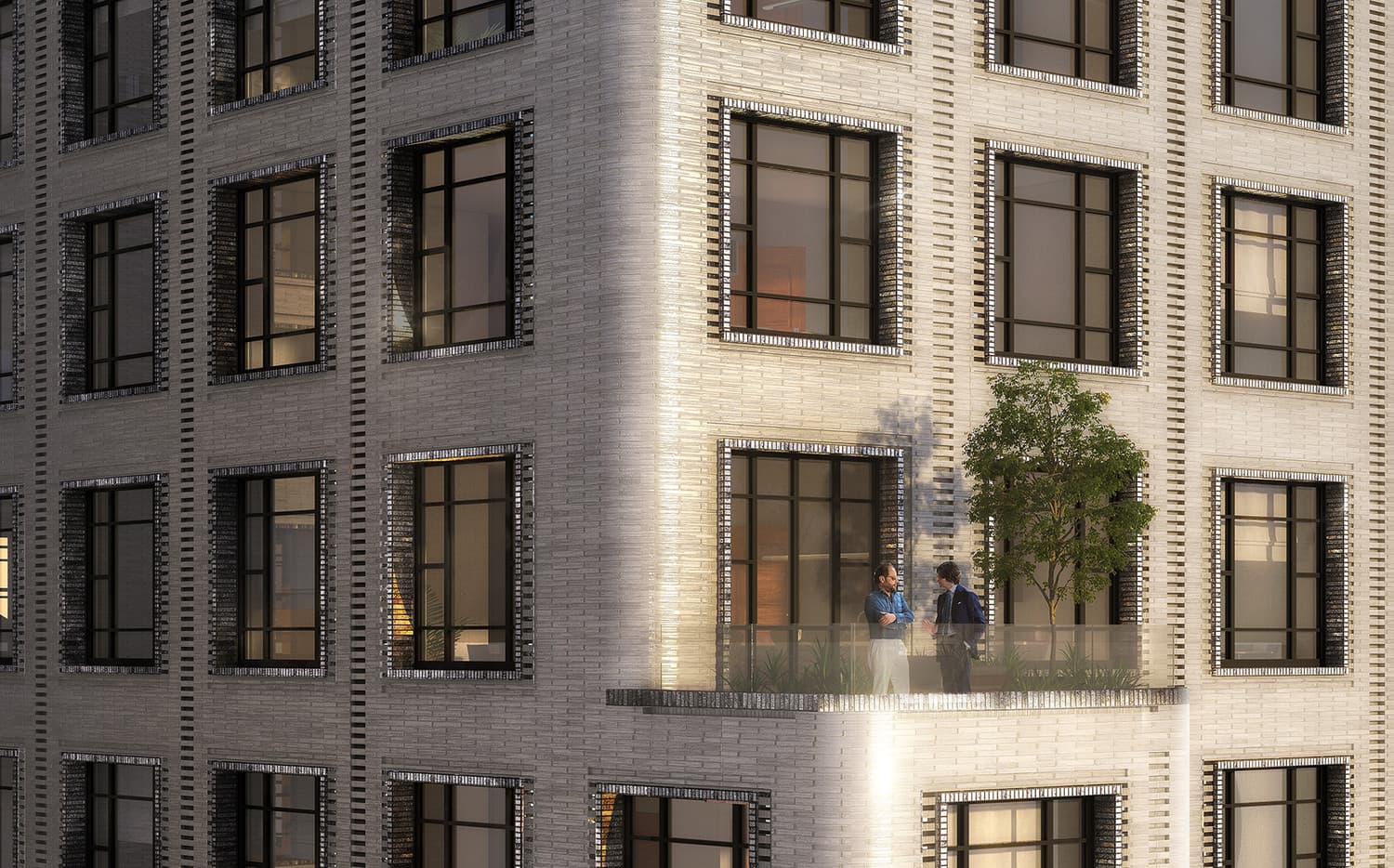 Above: Custom-made bricks and pewter window frames hark back to the early 20th century (image courtesy of Familiar Control).

With 170 residences, the tower is crowned with an amenity-filled rooftop terrace featuring multiple lounges that overlook downtown and the Hudson River.

Located in Manhattan’s NoMad district - between Madison and Park Avenues - the Rose Hill development brings old-world luxury and charm into the 21st century.

Commissioned by the Rockefeller Group, the tower shares many similarities with Rockefeller Center, the first project developed by the organisation during the 1930s. 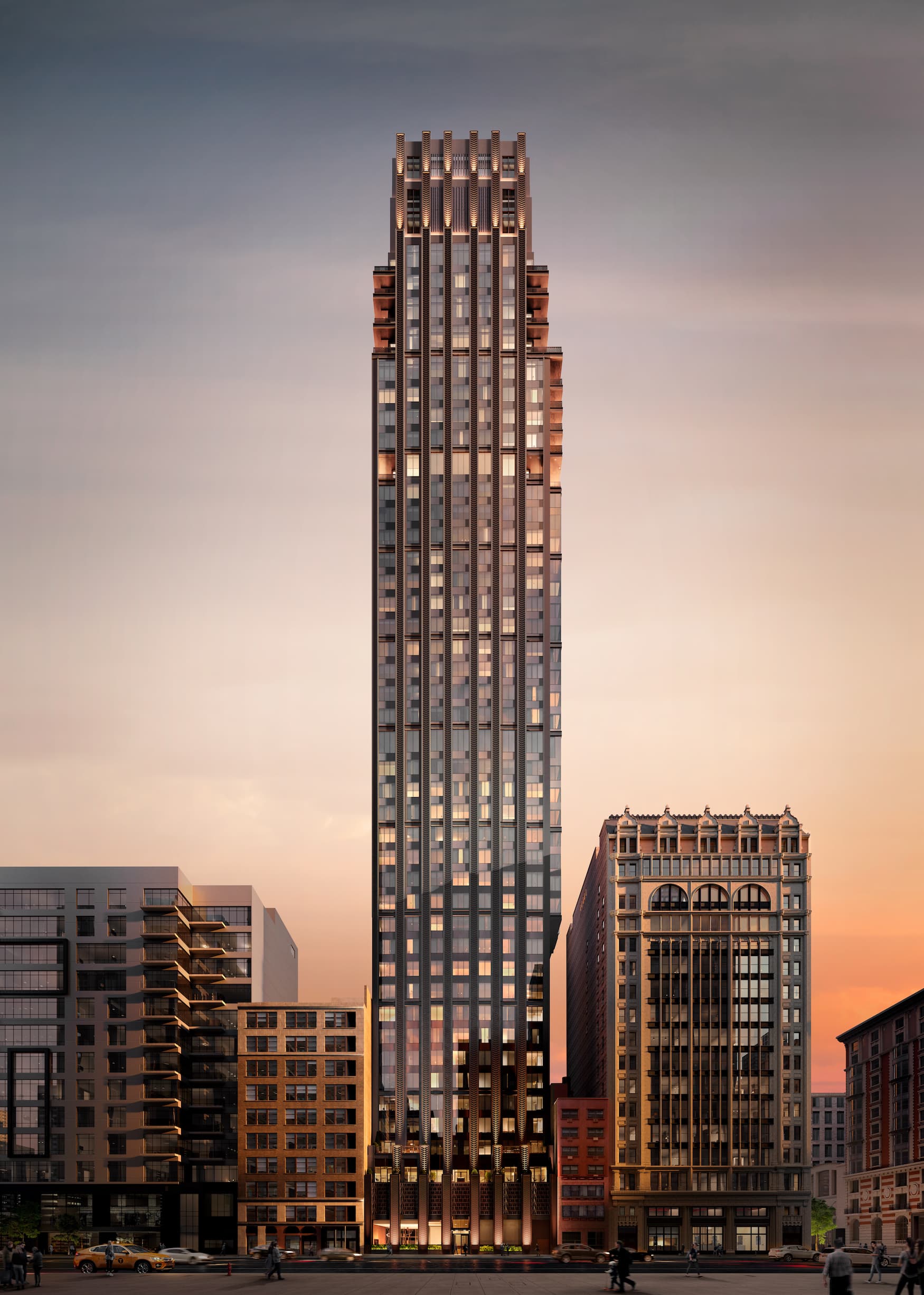 The art-deco structure has been designed by CetraRuddy, the firm behind a number of other classically designed towers in New York including the Walker Tower and 45 Broad Street.

Rising 45 storeys, the tower's exterior harks back to the 1920s and 1930s with a striking bronze-toned facade that intricately frames the building’s large windows.

When completed, the detail of the building’s exterior will be further enhanced with decorative lighting displays around the base and summit of the tower.

Though it completed in 2016, 30 Park Place could easily be mistaken for a skyscraper built during the boom years of the 1920s.

Designed by Robert A.M. Stern Architects, the summit of the structure is a minimalistic tribute to the art-deco towers of the early 20th century. 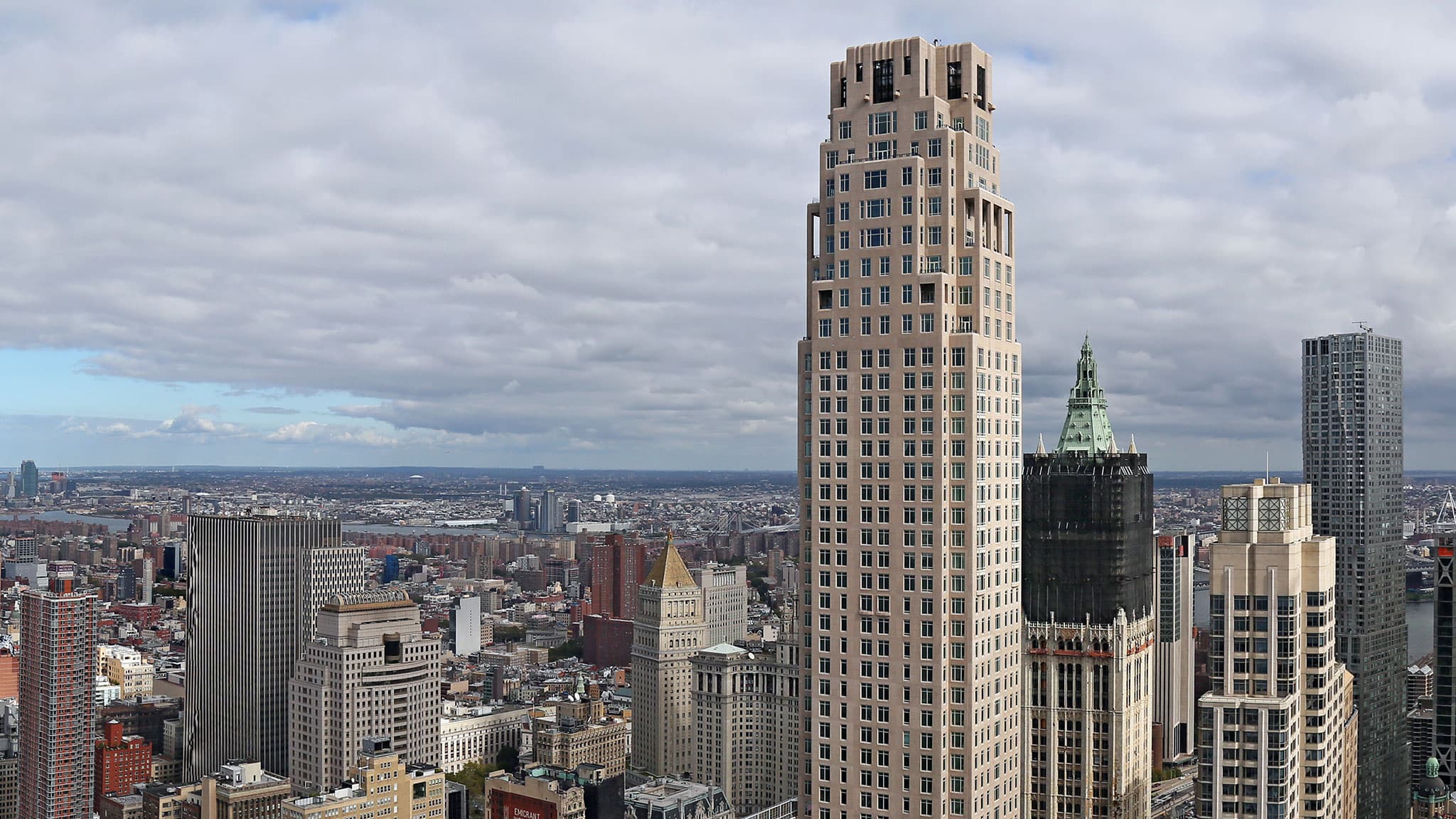 Blending modern practices with classical aesthetics, 30 Park Place’s facade uses precast concrete panels to mimic the limestone that adorned some of the city’s most iconic towers, like the Empire State Building.

The 82-storey mixed-use tower was designed to maximise views of the downtown area with large bay windows protruding out from the structure.

Located in the prestigious Carnegie Hill neighbourhood on Manhattan's Upper East Side, 180 East 88th Street, designed by DDG, is one of the most striking examples of New York’s return to historical aesthetics. 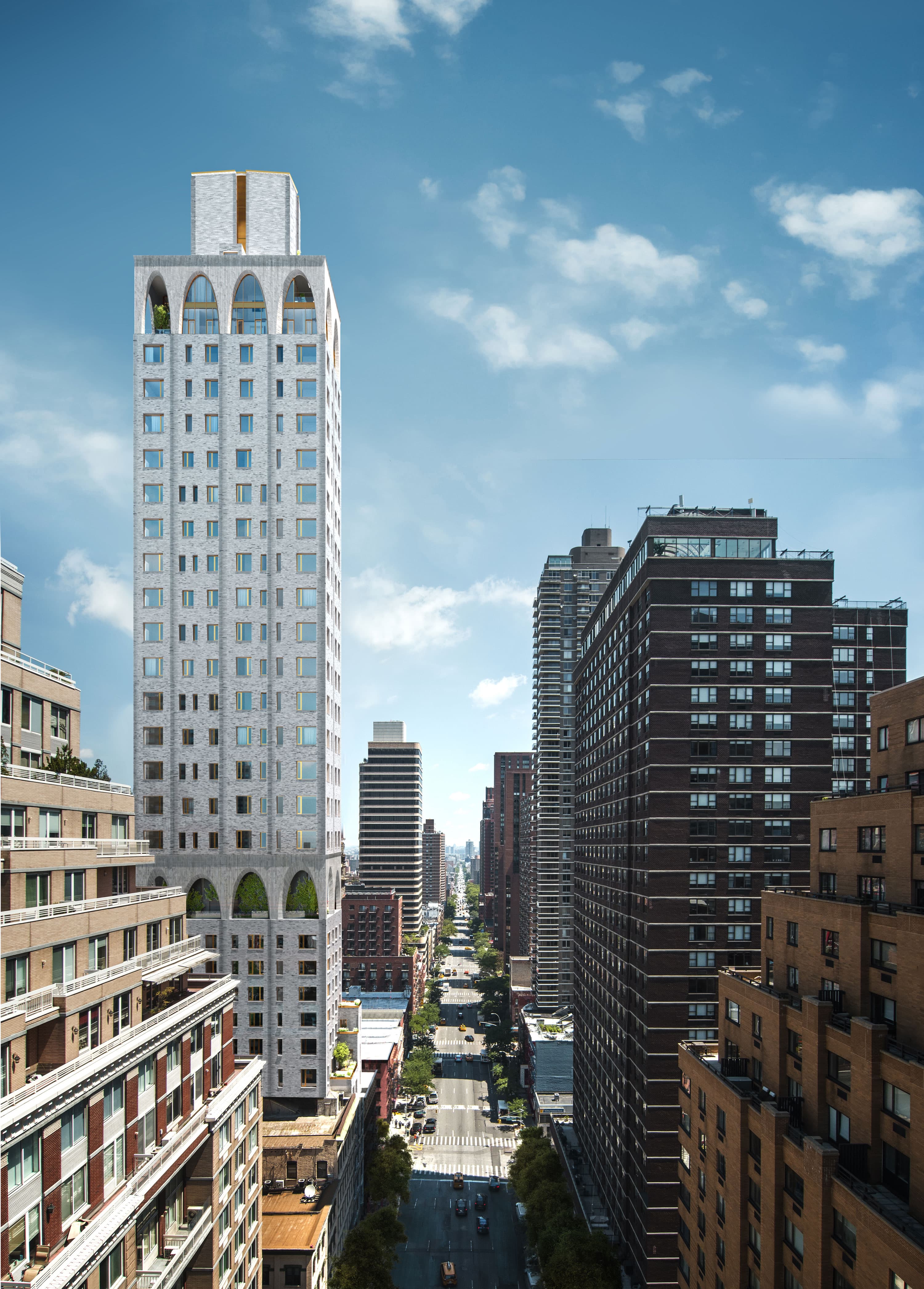 Above: Over 600,000 hand-made bricks were used to create the facade of the tower (image courtesy of March Made for DDG).

Inspired by the architecture of the boom years, the tower features a series of elegant arches both internally and across its facade.

220 Central Park South, designed by the same architect as 30 Park Place, features many trademark characteristics of the architect's previous work, namely a tapered art-deco summit and a limestone facade.

Meanwhile, the SHoP-designed 111W57 will feature a striking terracotta and bronze facade that is designed to catch the sun as it moves across the sky creating a vibrant display on the skyline. 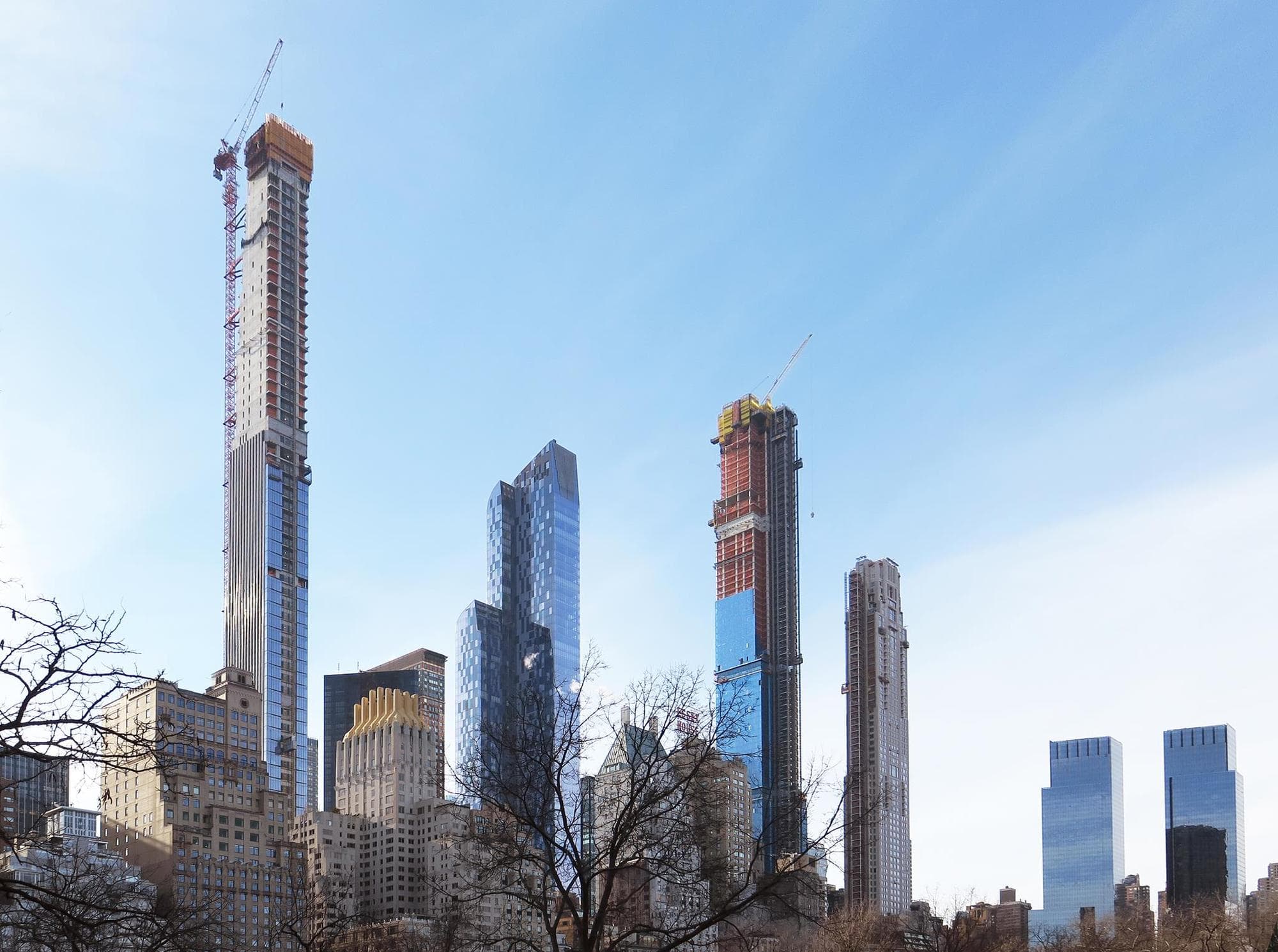 Above: With many towers reflecting the opulence of the 1920's Billionaire's Row is at the heart of the revival (image courtesy of Paul Clemence).

Though it was completed before this trend began to emerge, the impressive 432 Park Avenue was among the first of the city's modern skyscrapers to move away from a fully glazed façade, opting to keep its concrete exoskeleton exposed as a distinct feature of its design.

While many had feared New York’s iconic art deco skyscrapers might someday become lost among a sea of gleaming glass towers, it seems that - even as the city moves forward- there will always be the will to relive and revive the heritage that first gave New York its status.