THE UNITED STATES is in need of significant investment in its infrastructure, according to the American Society of Civil Engineers. Much of it dates from the large scale building programmes of the 1930’s and 50’s and requires expansion, replacement or repair.

NOTE: We should emphasise from the outset that the issues explored in this video and article look at some of the worst-case examples. The United States (US) is one of the world’s leading economies and is far from grinding to a halt.

Infrastructure is a huge enabler for America’s economy. It’s estimated that some USD $3.6TN are needed to bring everything up to scratch by 2020 and that current investment trends could end up costing American families USD $28,000 in income by then.

"The intent to address the issue is there, but action has been slow due to America’s partisan political system and the shear level of funding now required"

Public infrastructure spending as a share of the country’s GDP has dropped to almost half that of European levels in recent years. The intent to address the issue is there, but action has been slow due to America’s partisan political system and the shear level of funding now required.

So where is action most needed?

The last major airport to be constructed in the US was Denver, some 20 years ago. Passenger volumes have increased almost 12 times over since then and the squeeze is being felt in some larger hubs with long queues at customs and check-in areas. Many air-traffic control systems also need modernising to improve efficiency. 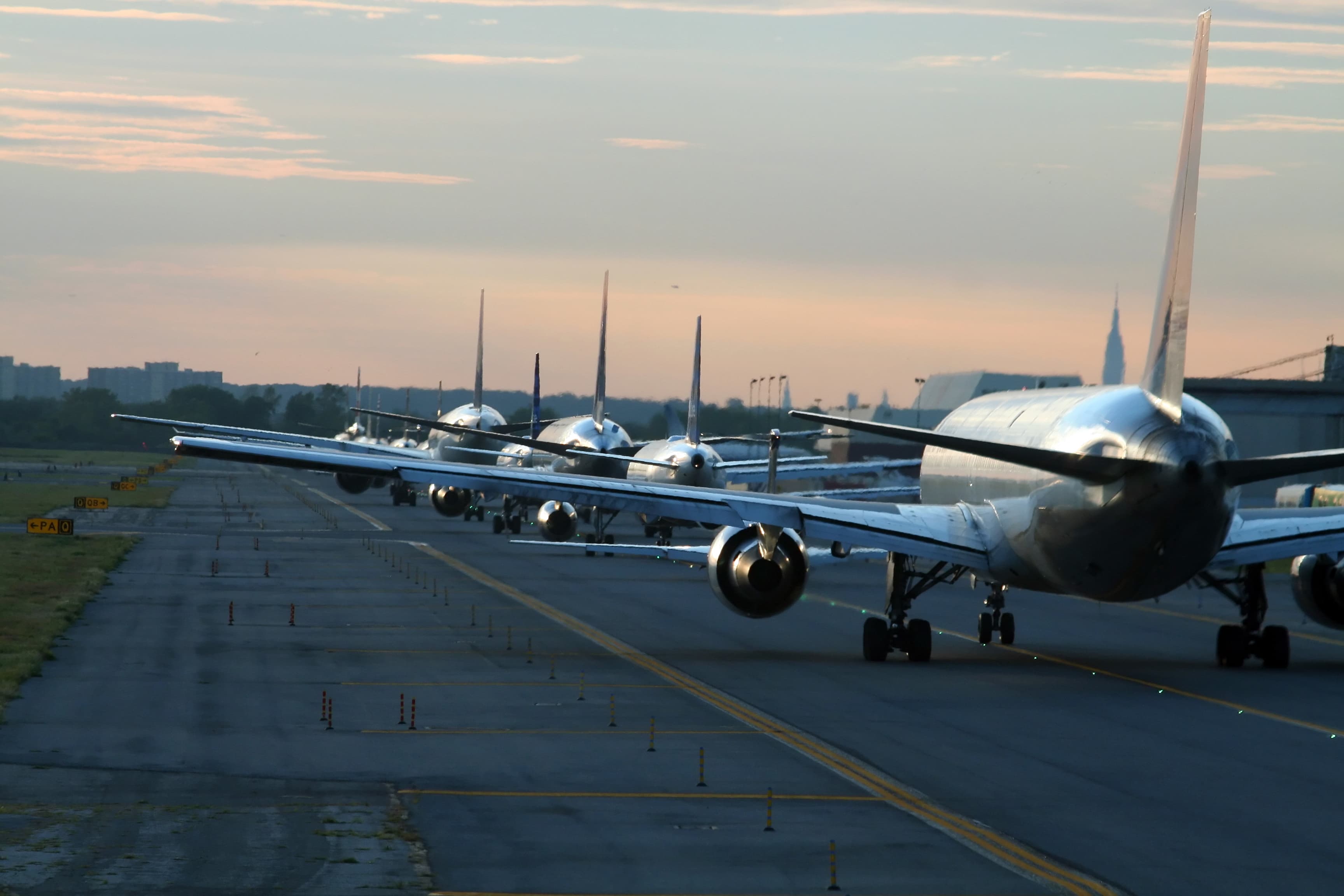 Above: Passengers are feeling the pinch of capacity issues at some US airports.

Vice-President Joe Biden infamously likened LaGuardia to a third world country, though a major upgrade of that airport is now planned.

Airport Council International estimate that USD $75BN needs to be spent on US airports over the next five years.

The growth of the US economy is closely linked to its highway network, enabling the shipment of goods around the country. Indeed, the road system has played a key part in America’s economic growth over the last 50 years.

The main challenge in upgrading highways is funding. Highway fund revenues made up of a mixture of fuel tax and the Federal / State-matched funding mechanism have proved increasingly inefficient at raising the sums needed. 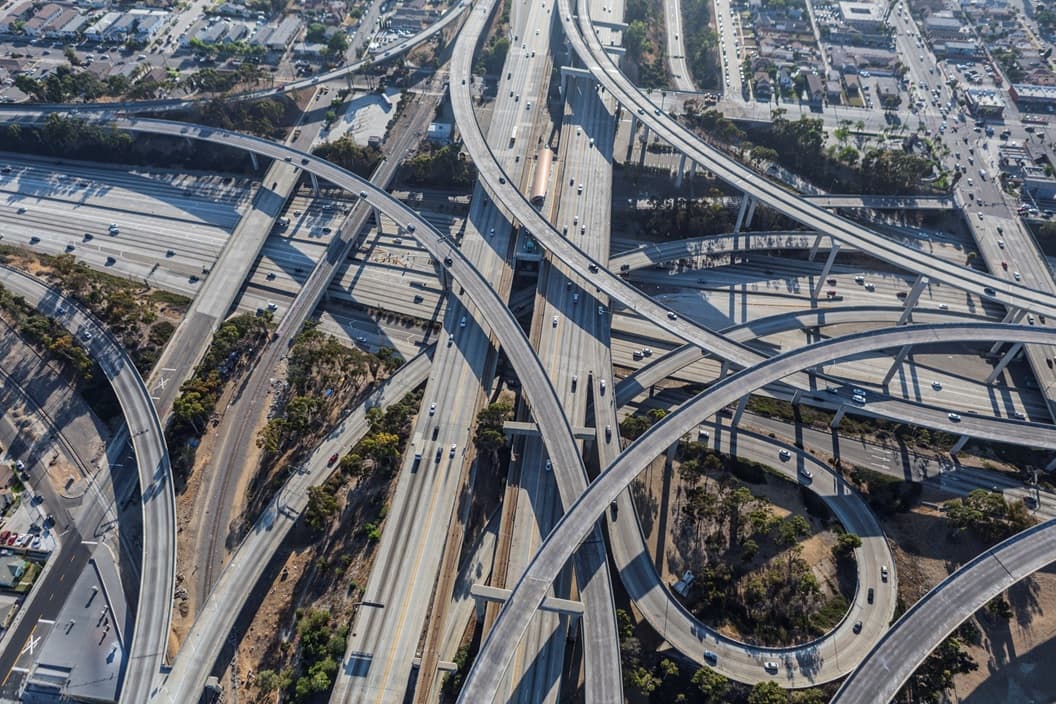 Above: America's highway network has been key to its economic growth over the last 50 years.

The Congressional Budget Office now estimate an annual shortfall in highways funding of USD $15BN. Congress is forced to authorise transfers from the US Treasury’s General Fund to make ends meet. Solutions include private investment or additional taxes or mileage based fees on drivers, neither of which are politically popular.

It is a similar story for the country’s rail network. Some USD $20BN are required just to upgrade Amtrak’s network in the north east corridor. In New York, the Hudson River tunnel is well over a hundred years old yet still handles some 230,000 commuters every day.

The Portal Bridge that connects New Jersey with New York’s Penn Station was designed in the 19th Century but has 450 trains crossing it every 24 hours – the most heavily trafficked rail span in the western hemisphere.

The bridge’s positioning on the river means that it must swing open to enable large boats to pass. The rail tracks don’t always align when the bridge swings back into place, causing delays for passengers. A much-needed replacement is now planned. 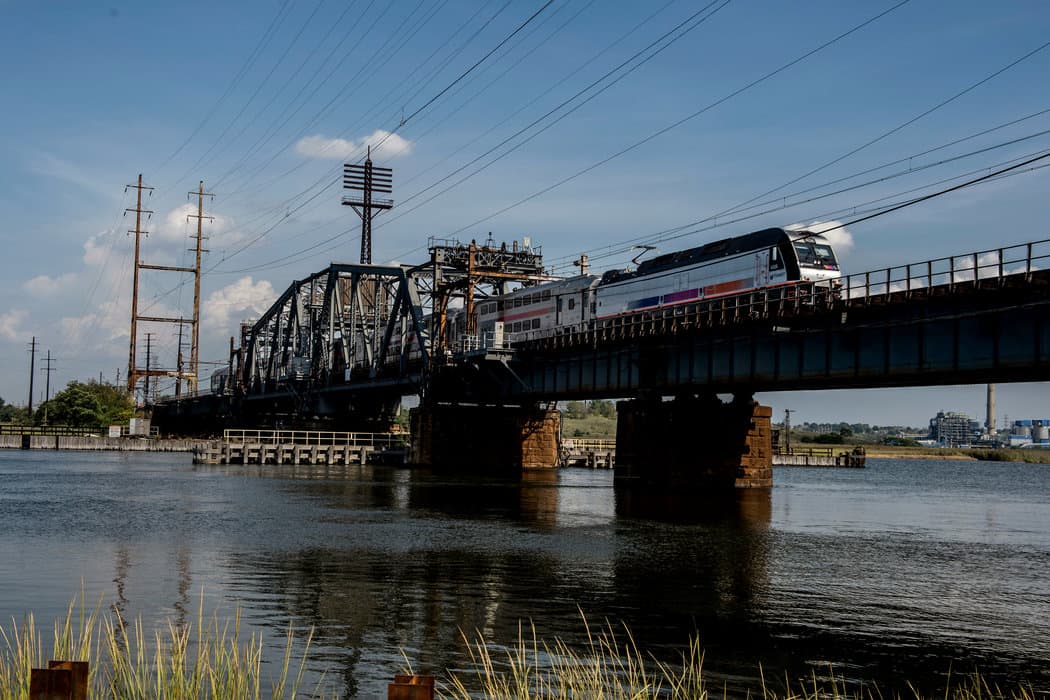 Above: The Portal Bridge connects New Jersey with New York's Penn Station and is the most heavily trafficked rail span in the western hemisphere (image courtesy of Robert Stolarik for The New York Times).

Staying with bridges, the American Society of Civil Engineers estimate that 1 in 10 bridges in the US are deemed to be “structurally deficient”. These bridges are safe, but they now have reduced weight allowances and speed limits. Compounding matters, some 14% of US bridges are deemed “functionally obsolete” meaning that they are no longer suited to their current task.

Washington DC’s Arlington Memorial Bridge (not pictured) – an example that sits particularly close to Congress – was built in 1932 and now needs a USD $250M upgrade.

Above: Whilst safe, many bridges across the US are now subject to weight and speed restrictions.

America’s inland waterways and canals move the equivalent of 51M lorry loads of goods every year, yet more than half of these routes are over 50 years old.

The US Army Corps of Engineers are responsible for maintaining much of the system and estimate that USD $13BN needs to be invested by 2020 on a mixture of new lock and dam facilities and on improving the existing system. The situation is such that many barge operators now support an increase in their own fuel taxes to help fund the works.

Much of the US budget allocated to waterways has been soaked up by a USD $3BN ongoing investment project on the Ohio River that is expected to complete in 2020.

Above: The Hoover Dam. Only 4% of dams across the US are managed directly by the Federal government.

Just 4% of dams in the US are managed directly by the federal government. Most are overseen by State rather Federal funding and they lack the cash needed for maintenance and improvements. Whilst none are in a dangerous condition, it’s estimated that an upgrade of all the dams in need of repair would cost around USD $21BN.

Whilst America’s ports are in comparatively good condition, the navigation channels to them are in need of attention. Channels as deep as 45 feet (nearly 14 metres) must be dredged to accommodate the new super-sized Panamax Ships.

Such work does yield returns. The American Society of Civil Engineers estimate that deepening a channel at the Port of Savannah in Georgia by just 6 feet (or 1.8 meters) could reduce shipping costs by 15-20%. 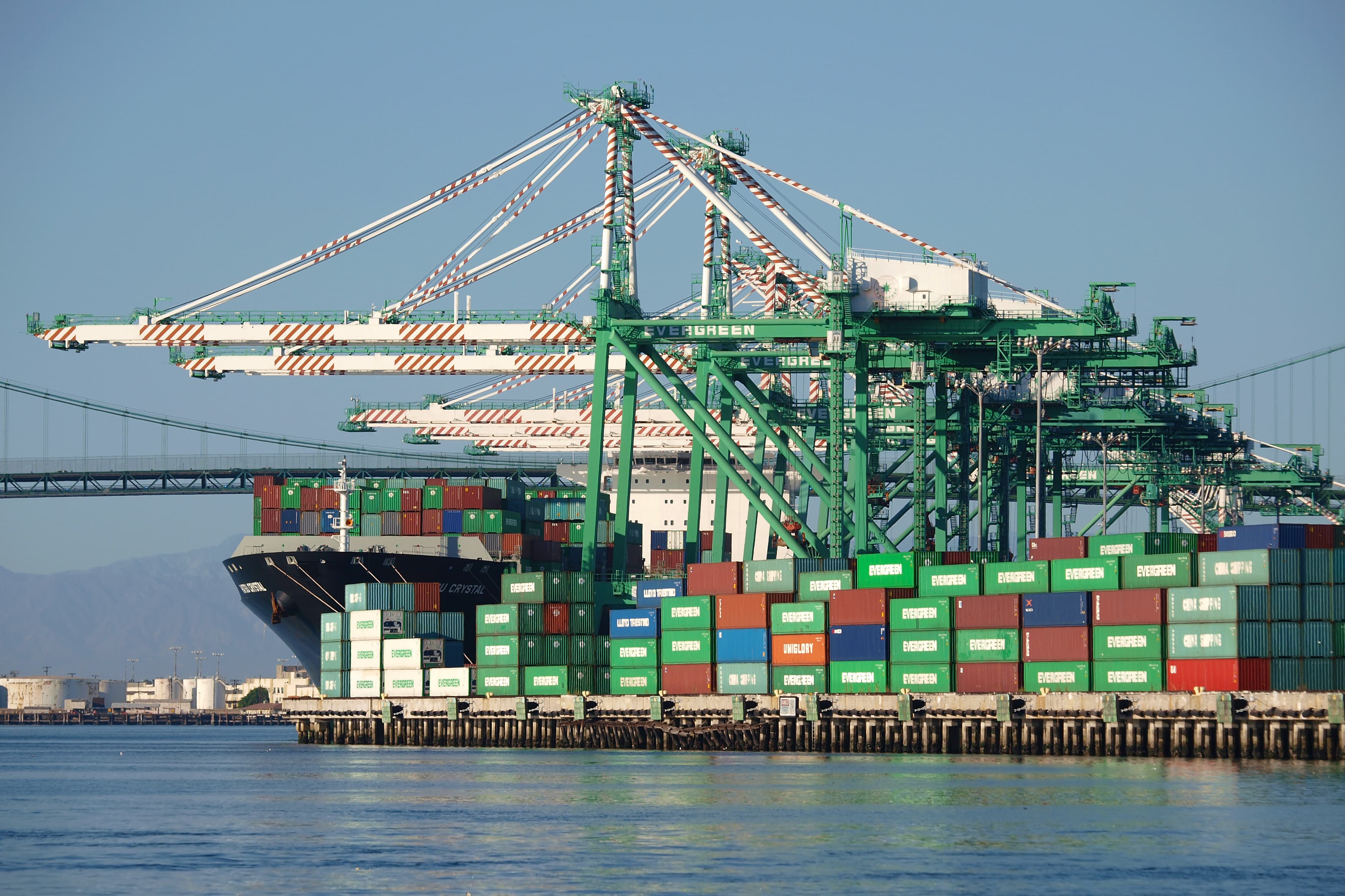 Above: A number of US ports need their navigation channels deepening.

Other considerations include the upgrading of ageing pipeline networks carrying gas and water, which could cost as much as USD $270BN.

There is also the need to further develop 5G and superfast broadband capability across the country, although policy incentives that drive private investment in these areas have proved extremely effective in recent years.

What are your thoughts on the current condition of US Infrastructure? Let us know in the comments section below. 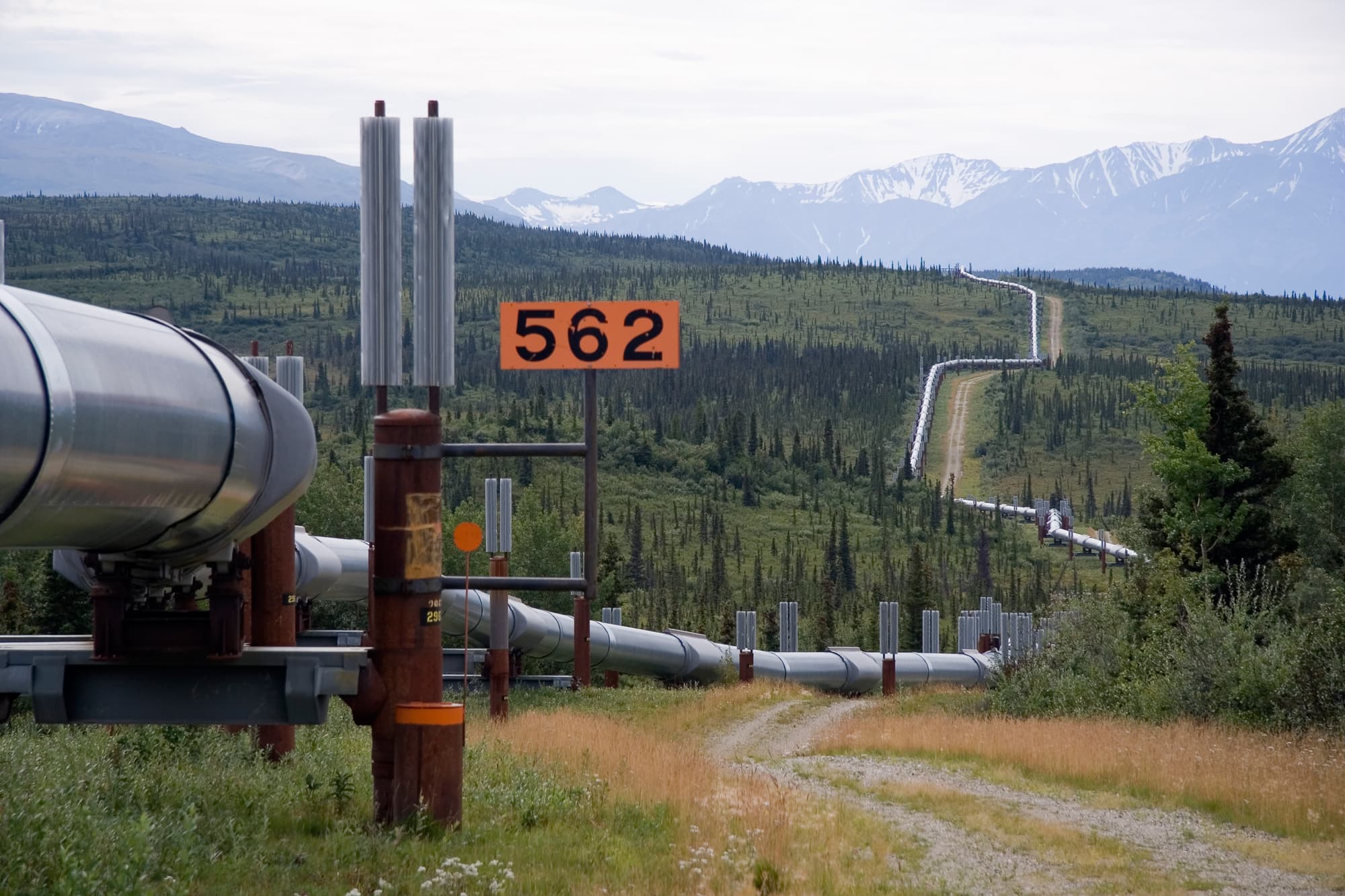 Above: Part of a pipeline network serving the US.

The data in this article was sourced from the American Society of Civil Engineers, the US Army Corps of Engineers, the US Government Accountability Office, Airport Council International, The New York Times, The Washington Post, Financial Times and CNN.