FOSTER + Partners and developer J. Safra Group are seeking planning permission for “The Tulip” - a 305.3 metre (1,000 foot) tall observation tower adjacent to 30 St Mary Axe, in the City of London.

Since the completion of the Foster + Partners-designed 30 St Mary Axe (also known as The Gherkin) in 2004, London's skyline has undergone a radical transformation with numerous new high-rise buildings now obscuring the 180 metre (591 foot) glass tower. 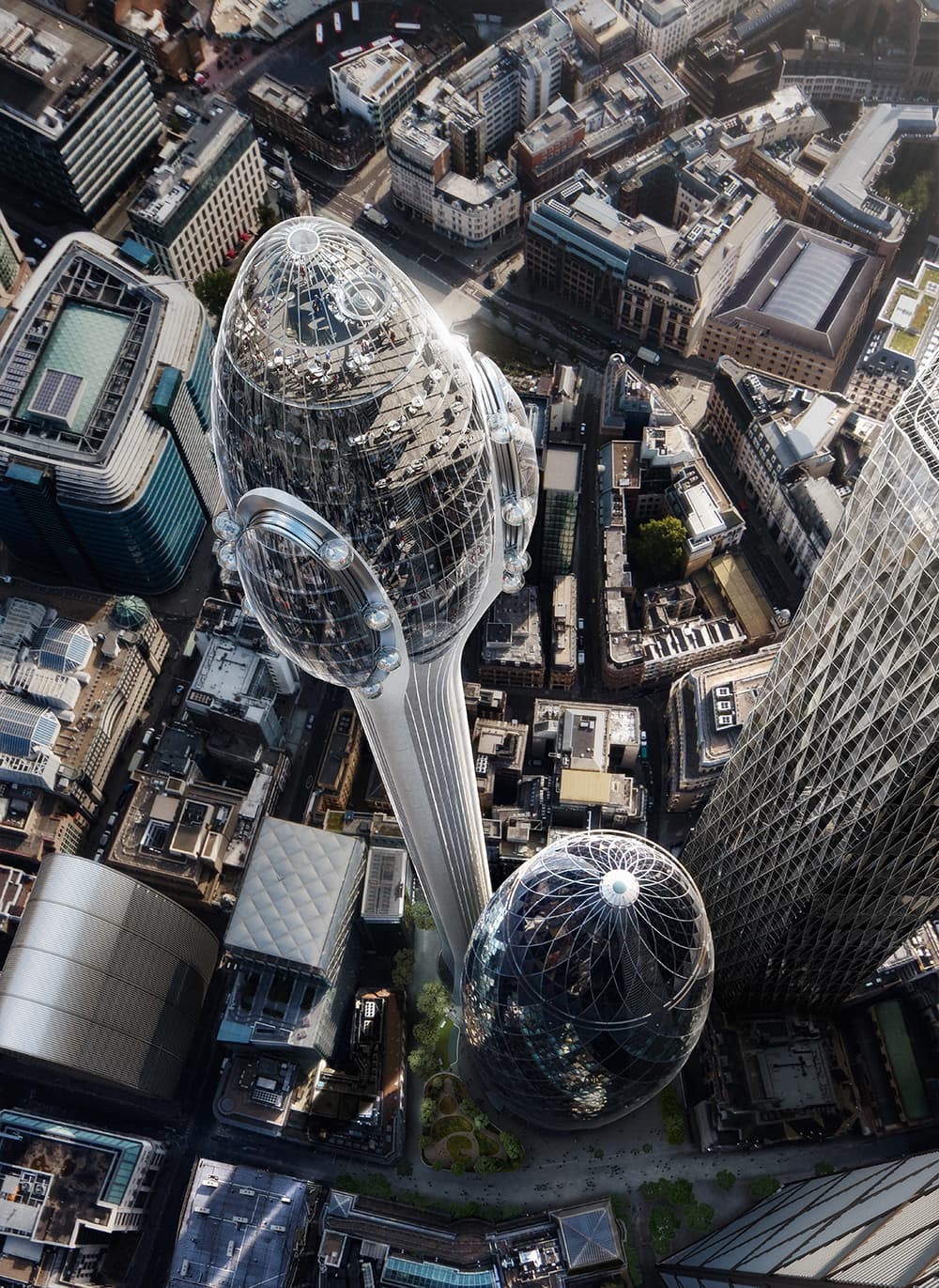 Above: The Tulip would rise close to 30 St Mary Axe in the city of London (image courtesy of DBOX for Foster + Partners).

Concurrently, the City of London is striving to become a more attractive, 7-day-a-week destination. The Gherkin's new owners, J. Safra Group, are proposing the Tulip as a new destination for visitors and locals alike. 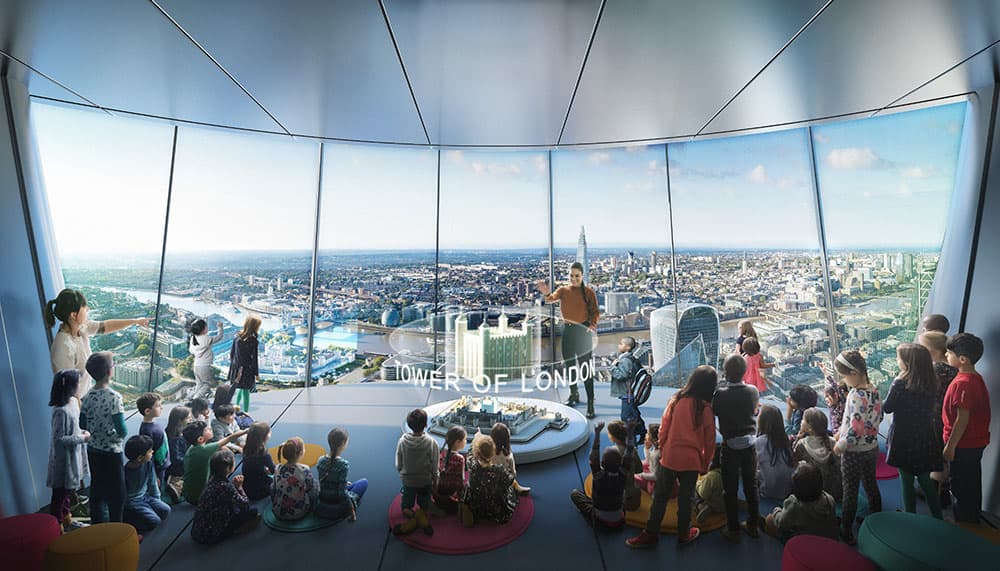 Above: An education facility in The Tulip could cater to 20,000 local school children annually (image courtesy of DBOX for Foster + Partners).

If built, The Tulip would become the tallest structure in the City.

It would offer a range of facilities, including an educational space for some 20,000 pupils a year, a number of restaurants, skywalks and glazed gondolas that orbit the side of the tower.

Above: Gondolas on side of the structure would offer more panoramic views of London (image courtesy of DBOX for Foster + Partners).

The main structure would be built from concrete, while high-performance glazing set within steel and aluminium frames would form the facade of the viewing decks. 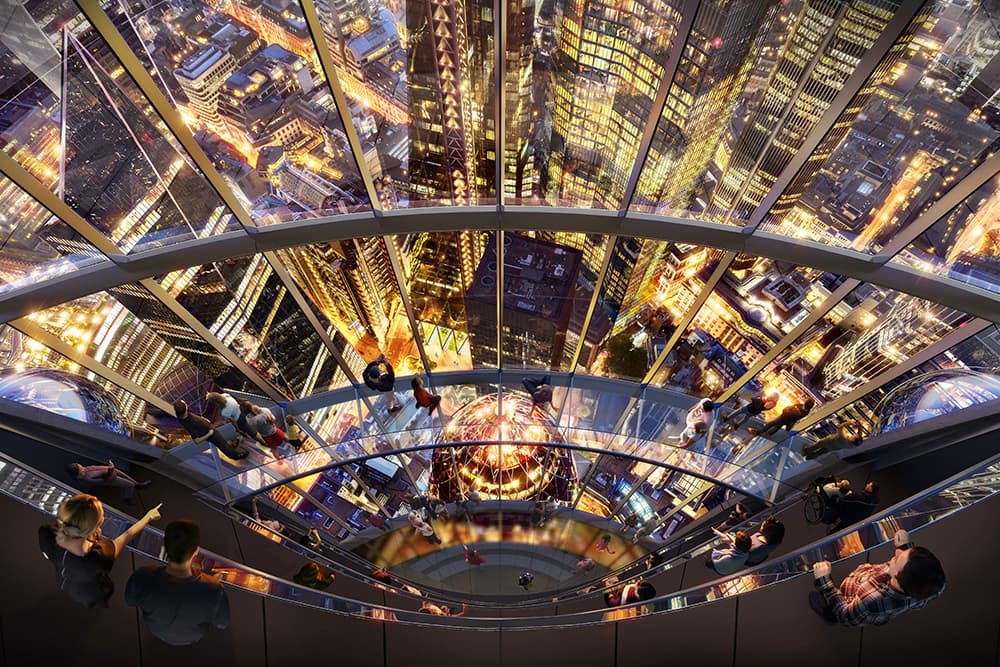 Above: The Tulip aims to bring more tourists to the City outside of office hours (image courtesy of DBOX for Foster + Partners).

On the ground floor, the architects have designed a small pocket park and two green walls. The building as a whole would aim for a BREEAM Excellent certification. 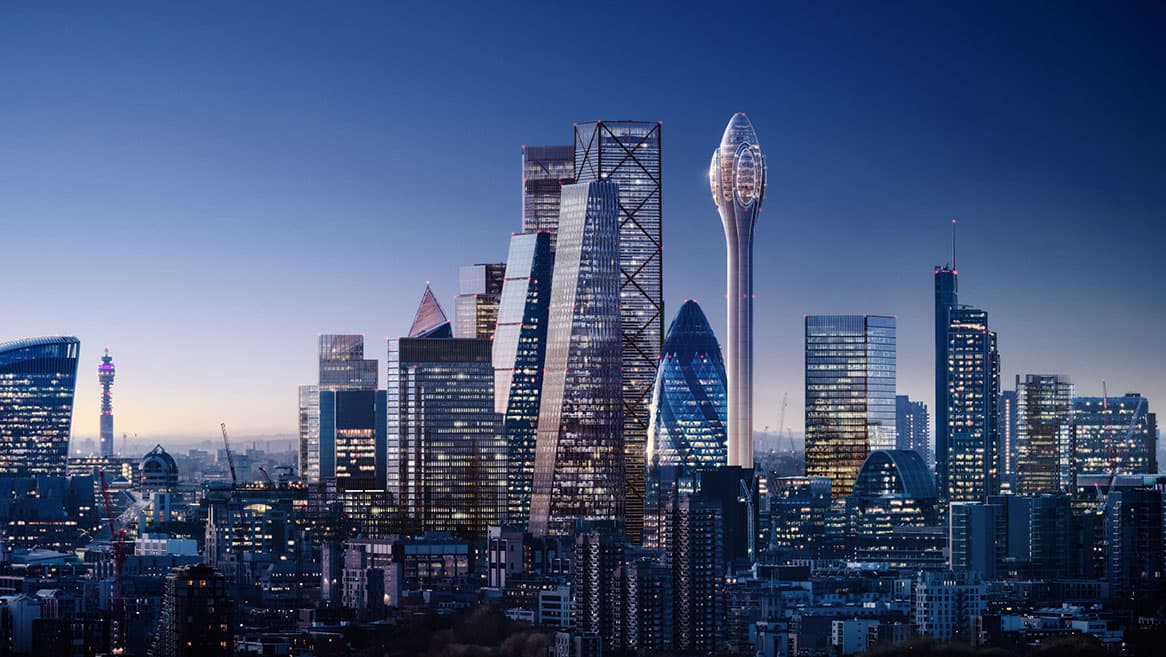 Above: The proposal has reignited the debate about London's skyline (image courtesy of DBOX for Foster + Partners).

The proposal has sparked lively debate, with a number of commentators questioning the need for such a novelty structure and commenting on its unique shape.

Others agree that such an attraction is necessary to transform the City into a popular destination and cement its reputation for innovation.