THE BERLIN WALL was arguably one of the most influential pieces of construction of the entire 20th century.

But 30 years on from the fall of the Wall, what does the city feel like now? Is it truly reunited? How is architecture and construction playing a part, and what do the people that live there really think? We travelled to Berlin to find out. 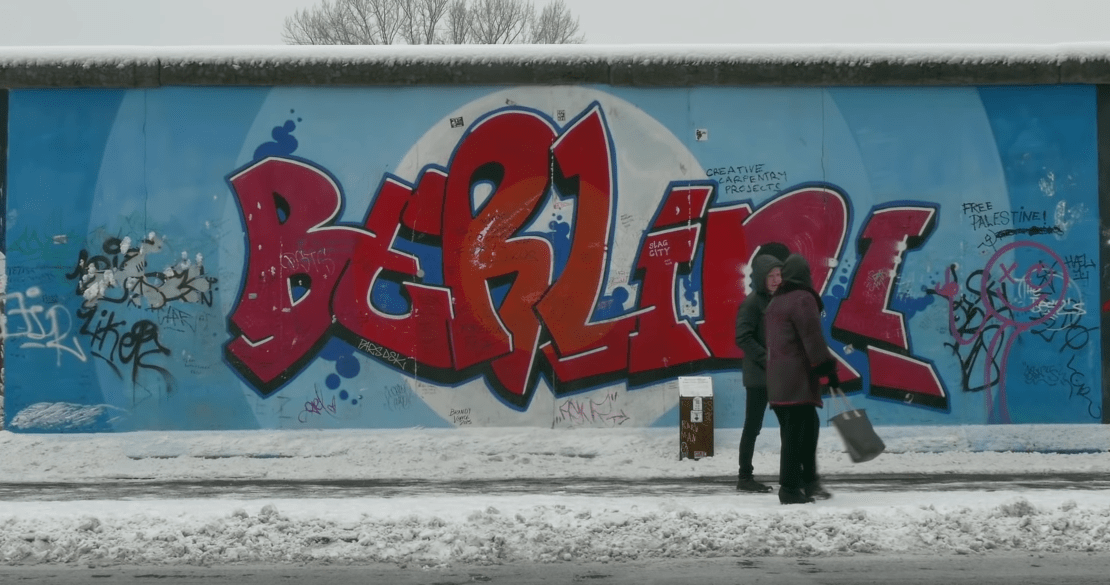 Above: The Berlin Wall divided a city and changed the course of history.

At the end of the Second World War, Germany was partitioned into four occupation zones, each controlled by one of the Allied Forces: France, the United States, the United Kingdom and the Soviet Union.

Reflecting these zones, Berlin was also split into four sectors, with the Eastern half of the city coming under the authority of the Communist German Democratic Republic, or GDR.

But once the country split entirely into East and West Germany in 1949, huge numbers of East Germans began moving to the West, mostly in search of a better quality of life and work opportunities.

Seeing their population decrease and economy suffer, the GDR began constructing a barbed wire and concrete barricade through the city centre and around West Berlin in the early hours of August 13th 1961 - a physical barrier that would go on to divide Berliners for a generation.

The effect of the separation on each community was profound, with West and East Germans thrown into opposing political, cultural and economic systems - creating an ever growing imbalance in living conditions on either side of the Wall.

But on 09 November 1989, in response to international pressure, with the Cold War beginning to de-escalate and with the GDR in turmoil, Berlin’s citizens were finally given the freedom of the entire city once again.

After 28 long years, the Wall came down amid dramatic scenes. 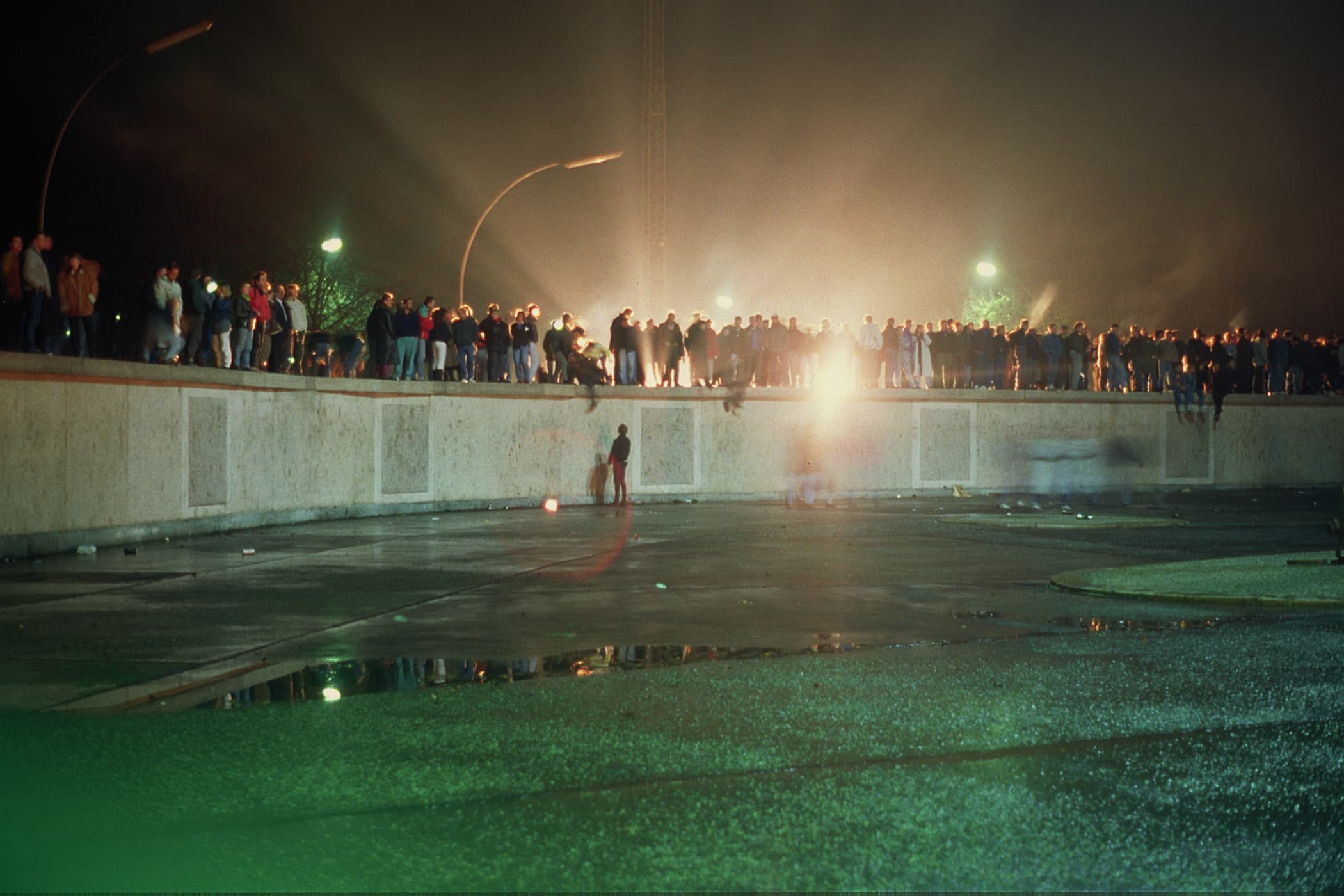 Above: The fall of the Wall marked the start of Germany’s steady process of reunification.

In Berlin today, on first impression it's easy to forget that the Wall ever existed, and structures like the Brandenburg Gate - now permanently open - have become symbols of a united Germany.

Equally the Reichstag Building, which added a modern glass dome in 1999, is a key example of a piece of architecture symbolising the reunification process.

Indeed, many examples of modern architecture have now sprung up along the route of the former border, from major transport hubs like Central Station to the headquarters of the real estate company GSW.

What were once no-go zones have been transformed into hives of activity. In Potsdamer Platz, the Wall used to run right through the centre of the square. It was one of the city's thriving intersections but it became deserted overnight when the Wall went up.

Now, with the Wall down, Potsdamer has returned to become one of the key hubs of the city.

Although visual clues of where the wall once stood are now scarce, reminders do still exist - ensuring that the city’s history is retained. 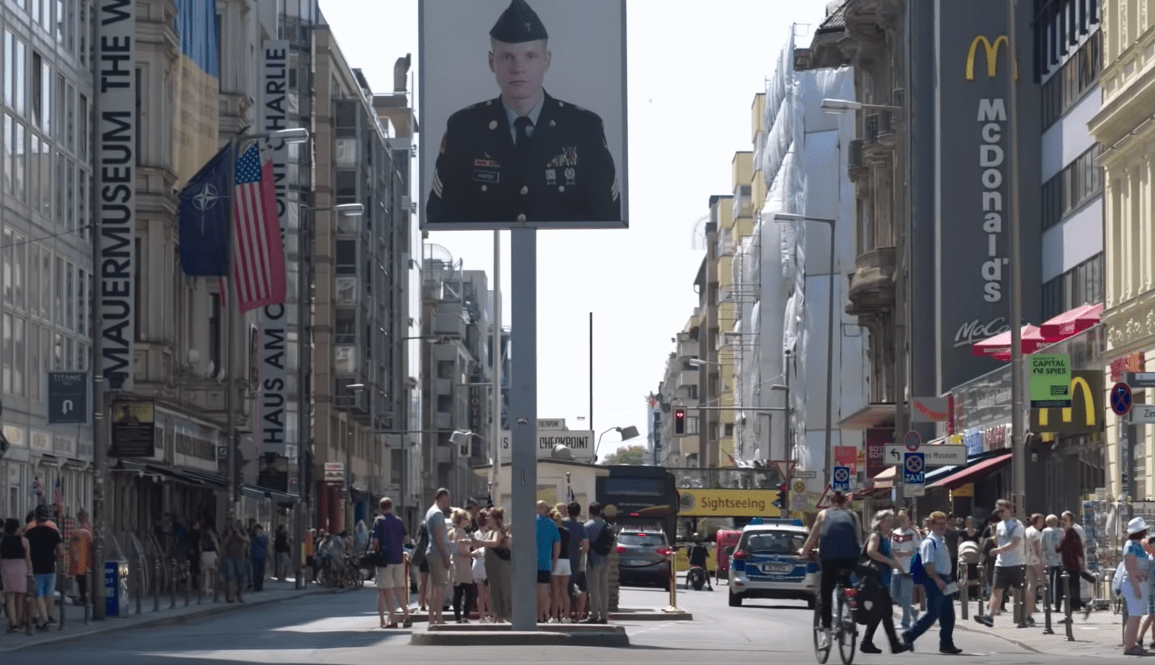 Above: While some signs of the divided years are hard to spot, others like Checkpoint Charlie are much easier to find.

While Checkpoint Charlie - formerly one of the main crossing points between East and West Berlin - has now been turned into a very prominent reminder of the past, many less obvious signs of the division still remain around the city if you know where to look.

When crossing the street in some areas, it is still possible to see the old East German pedestrian signal figures, which have gained something of a cult status.

In other places, double lines of cobblestones mark the route of the wall, along with memorial markers and information boards at what were once key points.

Beyond these small indicators, much larger areas of the city have retained many of their original features.

Alexanderplatz was once the main hub of East Berlin. Devastated by air raids toward the end of the Second World War, the GDR set about turning it into the main nerve centre for the Soviet side of the city. The square has changed gradually over the years, but many original features do remain.

While physical signs of the divided years are now becoming harder to find, some residents still perceive there to be inequality between the former East and West regions - both socially and economically - even though much progress has been made since the wall came down. 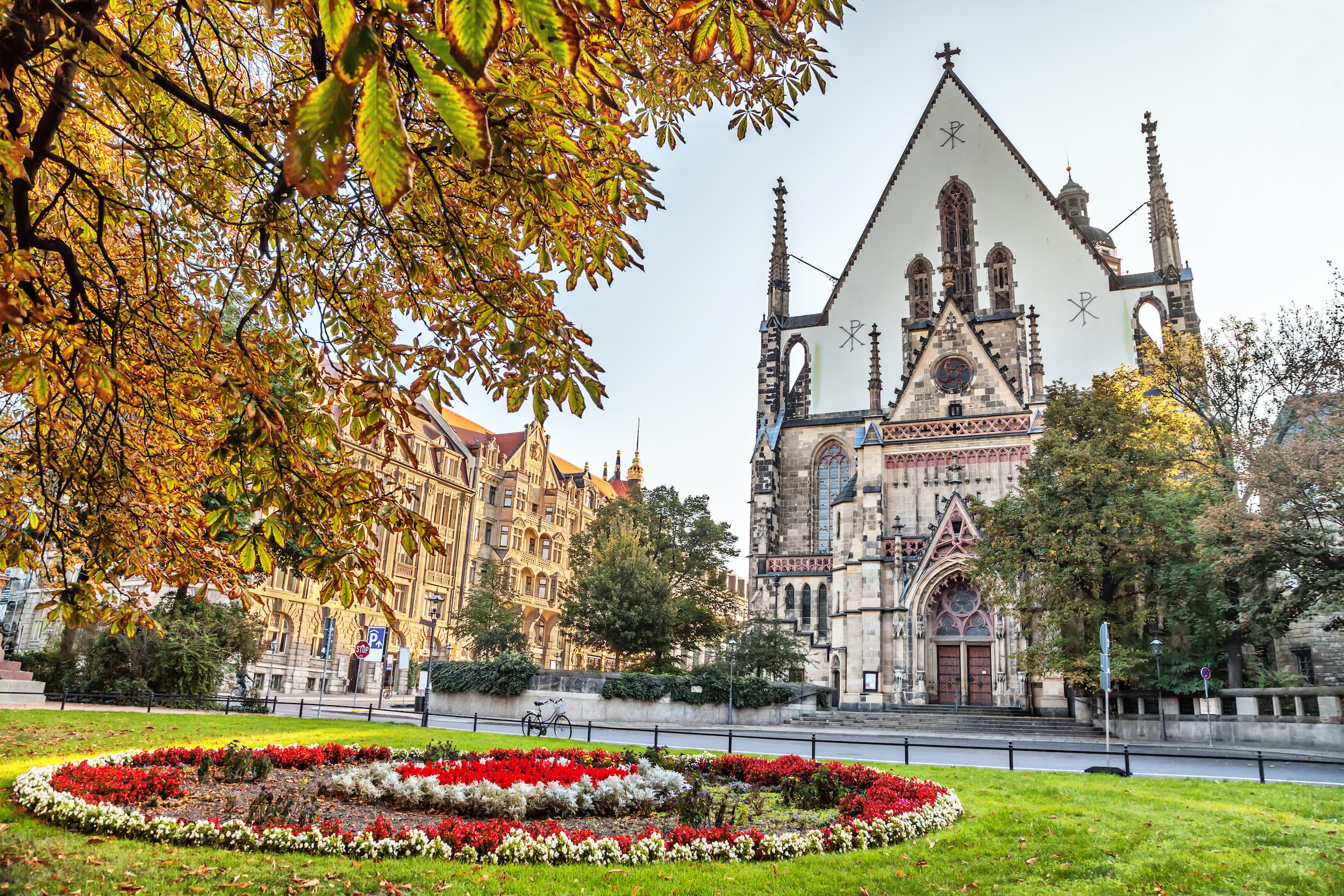 Above: Leipzig is one of the major cities in the former East.

Employment is at a high in the former East German region and wages there are 84% of those in the West.

However, despite much being done on the convergence of living conditions since the country officially reunified in 1990, there remains an imbalance.

Even German Chancellor Angela Merkel said earlier in 2019 that there is “still a lot to do” to create equal living conditions between the whole of the former East and West German regions, not just Berlin.

Furthermore, in the recent ‘State of German Unity’ survey, 57% of Germans living in the east of the country said that they still feel like second-class citizens. Only 38% of those surveyed in the east see reunification as a success, including just 20% of people younger than 40.

But what about the citizens of Berlin specifically? Beyond the major landmarks that we’ve covered here, how do they see the progress of reunifying the city to date?

One resident, Petra Langheinrich, speaks about the importance of projects such as reconnecting the S-Bahn ring rail network around the city and giving the city one centre again.

She reveals that Berlin has changed a great deal from the 1990s, when the two sides of the city were still very different, while today it is "definitely a unified city." 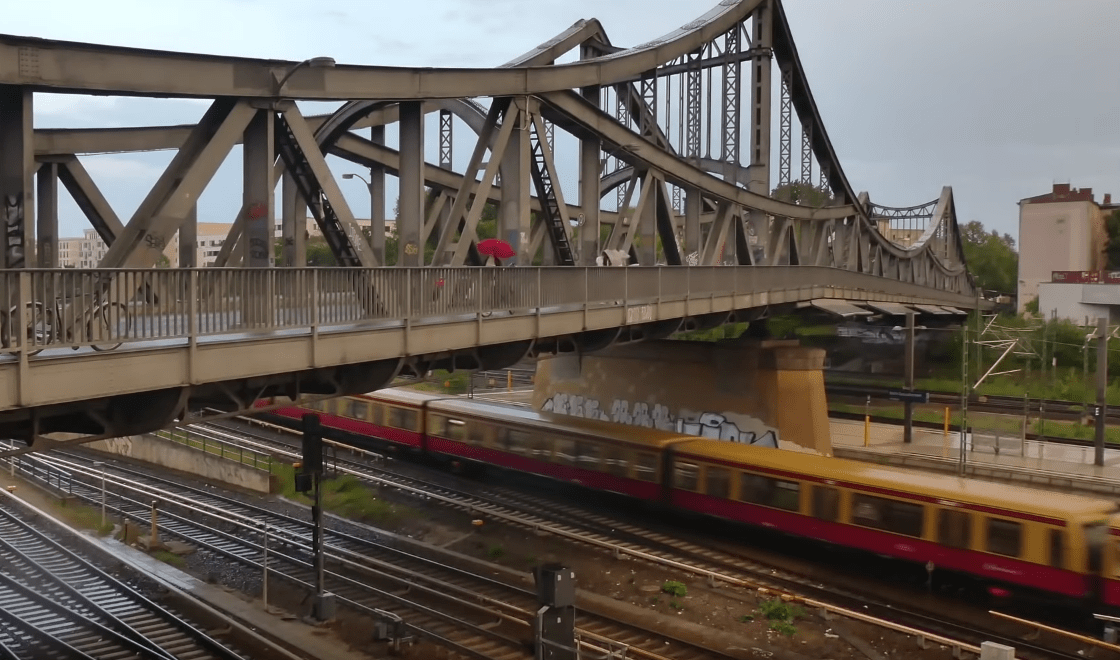 Above: The S-Bahn line was broken in two places once the Wall went up.

Another Berliner, 20 year-old Alexander Wendrich, who was born and raised in the former East, believes Germany still doesn't feel like a fully united country despite massive steps being taken since reunification.

He also points out other remaining indications of the divided past, from trams that run predominantly in the East to differences in street lighting that is still visible from space.

While the extent to which Germany and its capital are now reunited may remain a topic of debate - and while reunification is recognised as an ongoing process rather than a simple task - Berlin’s status as one of the world’s most resilient urban centres cannot be disputed.

Enduring destruction at the end of the Second World War, the city has gone from being divided in many ways in the decades that followed, to becoming known for the exact opposite. 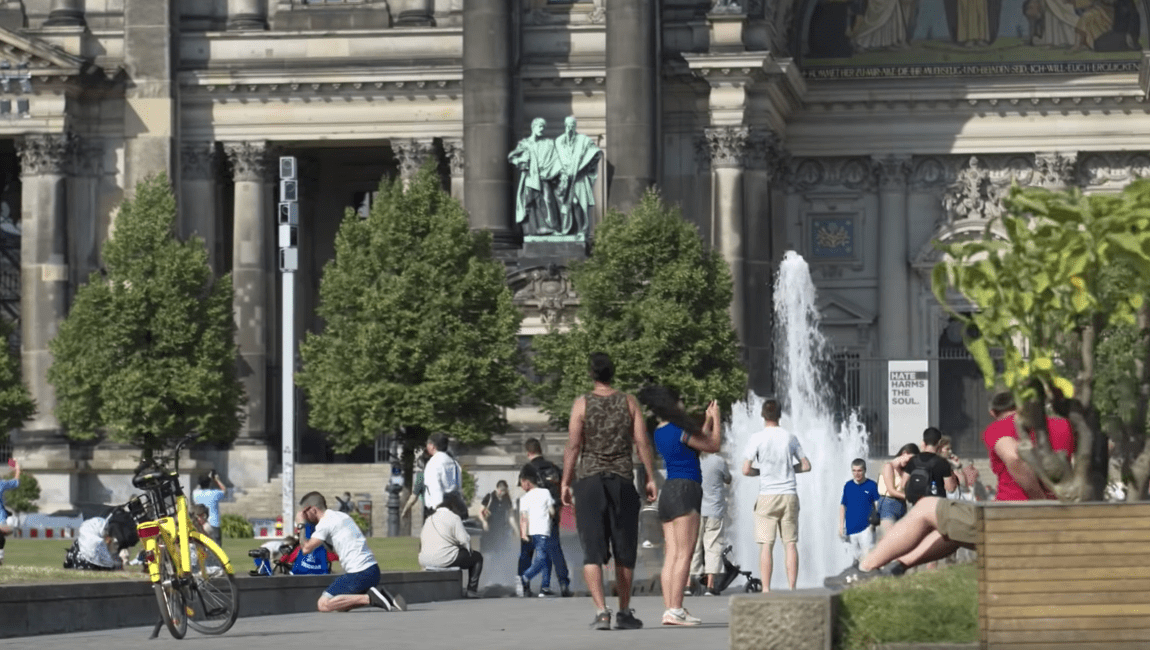 Above: The city is now synonymous with inclusivity, diversity and celebrating people from all walks of life.

Berlin has now been transformed into one of Europe’s top cultural centres, celebrated for its artistic attractions, nightlife, restaurants and more, but perhaps most distinctively for its quality of life.

While its wounds are continuing to heal, the progress made - in the space of just 30 years - powerfully demonstrates the true strength and resilience of this remarkable city, and its people.

The Concrete That Traps CO2 Emissions