WITH the global population continuing to expand and with our world facing immense challenges from housing to transportation and our use of natural resources, super-sized construction projects have begun to proliferate.

With eye-watering budgets, extreme complexity, staggering scale and far-reaching impacts, these are some of the world’s most impressive megaprojects.

As the demand for air travel continues to grow, and with the United States (US) preparing to host both the 2026 FIFA World Cup and 2028 Olympic Games, airports across the country - from LaGuardia to LAX - are undergoing multi-billion-dollar overhauls.

The USD $8.5BN upgrade to Chicago’s O’Hare International will mark the first comprehensive redevelopment and expansion of the terminal core in the airport’s history. 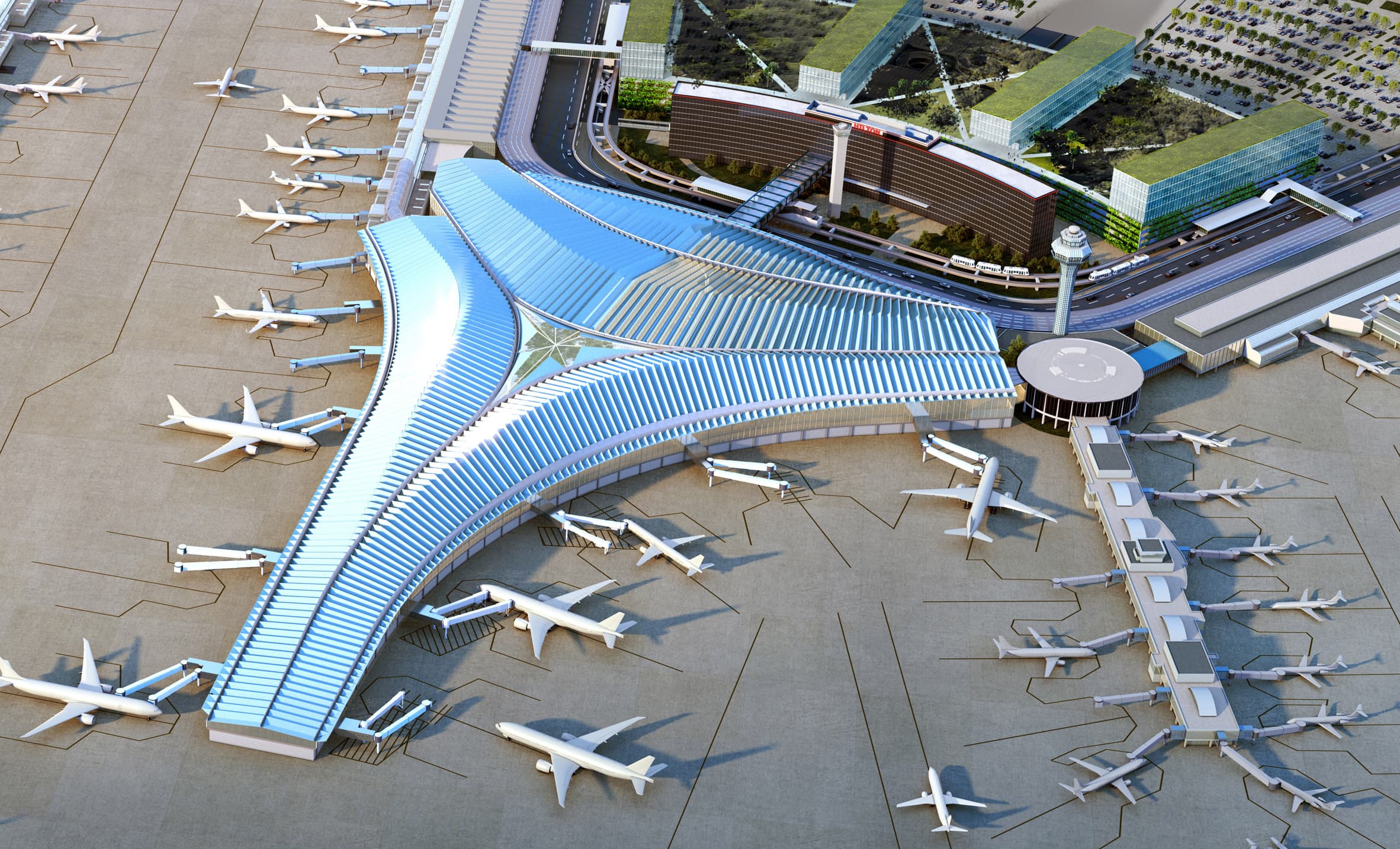 Above and Below: Chicago's O'Hare International terminal two will be transformed into a global transfer hub (image courtesy of Studio ORD). 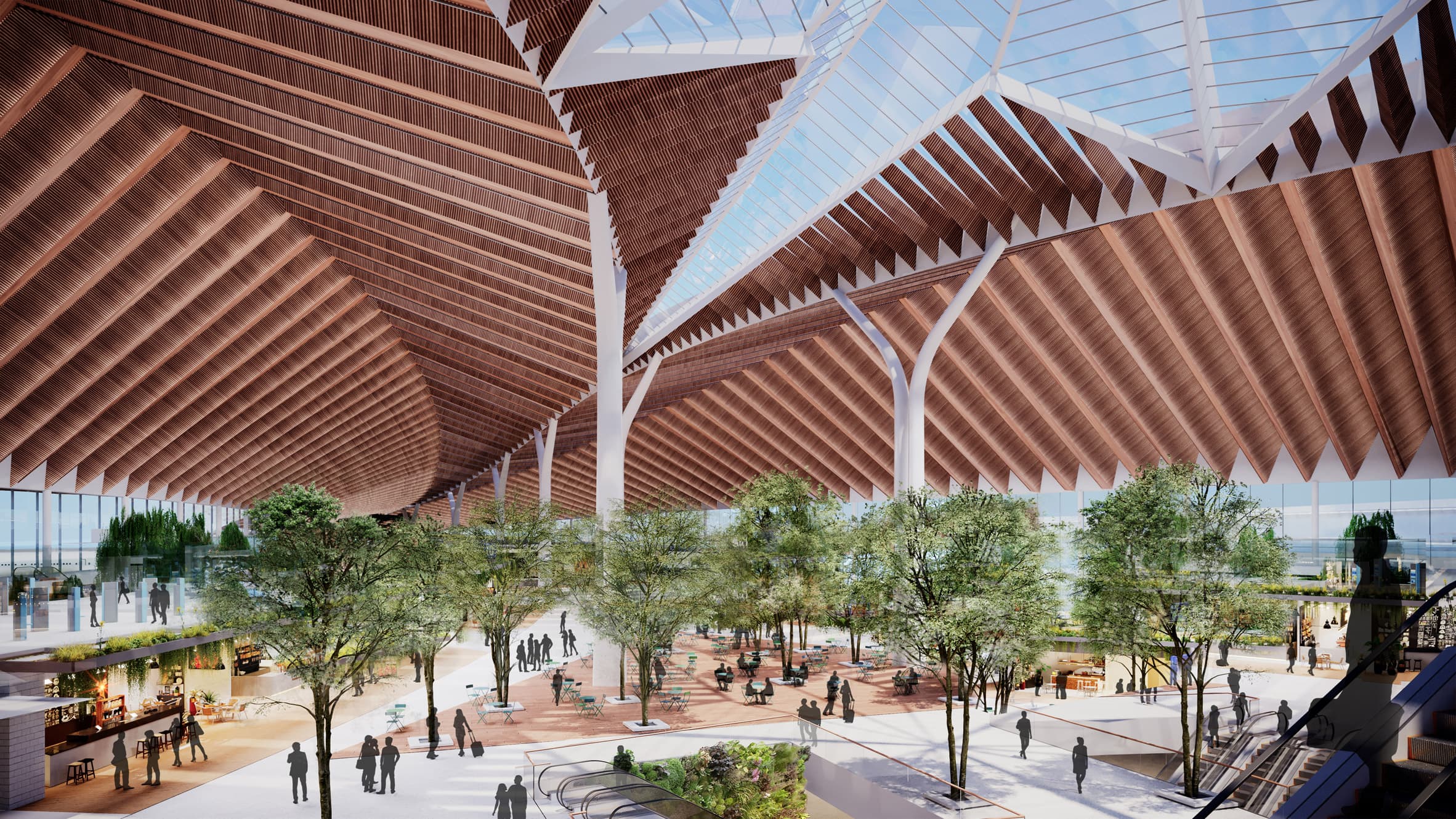 The masterplan will see Terminal 5 expanded while Terminal 2 will be completely rebuilt, becoming a global transfer hub with two satellite concourses, adding 280,000 square metres of space and 50 additional gates to the airport.

To minimise disruption, the new concourses will be built first, allowing them to take over operations from Terminal 2 when the existing building is demolished.

Work on Terminal 5 is scheduled to complete by 2022 and subsequent phases will open in stages up to 2028.

A joint project between 35 nations, the ITER (formerly known as the International Thermonuclear Experimental Reactor), is currently under construction in France.

Once completed the USD $20BN centre will allow scientists to recreate the fusion reactions that take place inside the Sun, potentially revolutionising energy production. 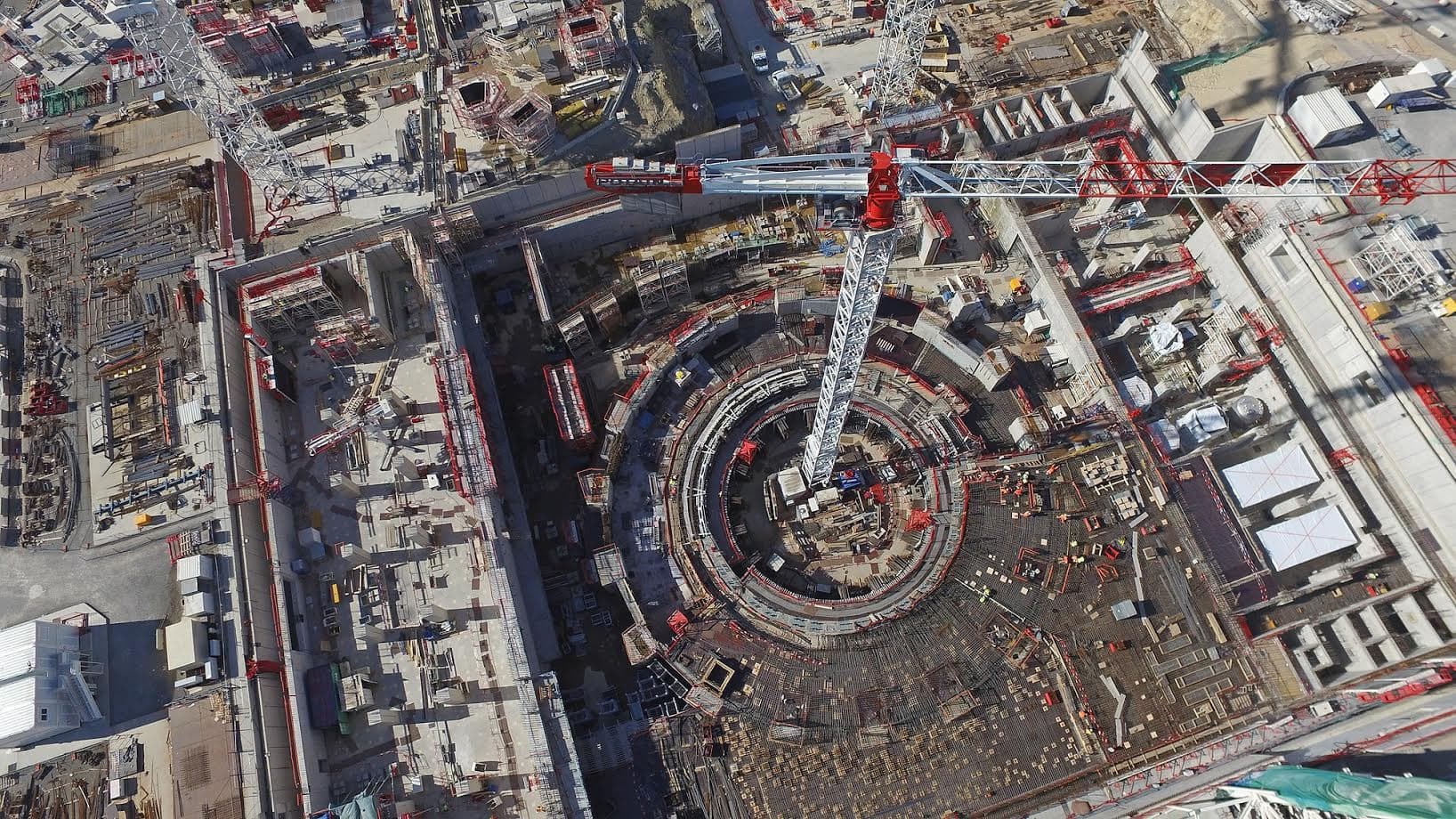 Above and Below: The International Thermonuclear Experimental Reactors (ITER) is scheduled to come online in 2025 (image courtesy of ITER). 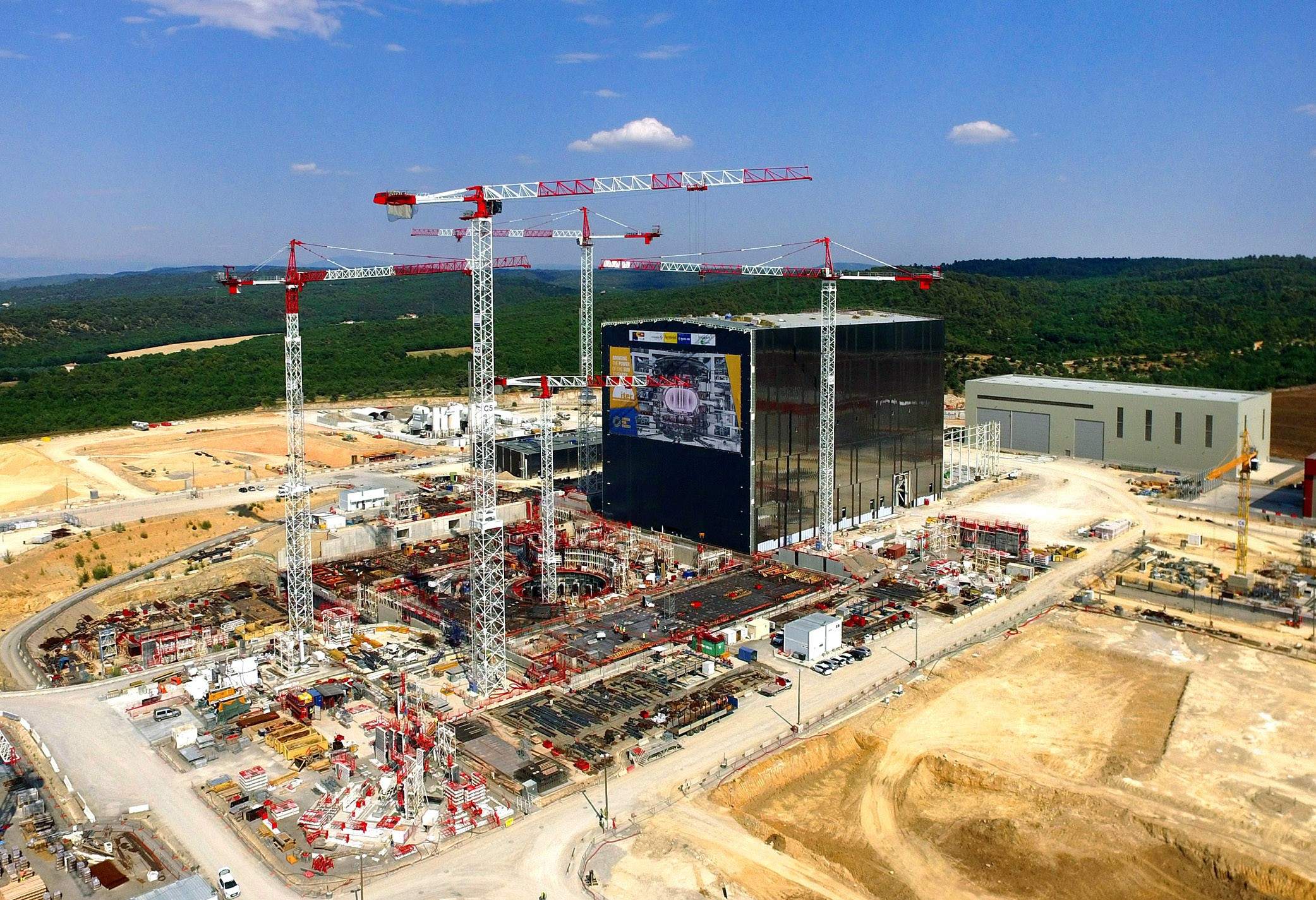 Consisting of three main buildings, the project is centred around the tokamak, a magnetic chamber that will contain the plasma created when particles are heated to over 150 million degrees Celsius and collide to produce fusion energy.

Construction of the vast building that houses the reactor began in 2013, requiring the development of 10 different types of concrete to shield workers from radiation.

With more than 60% of the reactor complex already complete, work is now underway on the tokamak within its 337,000-tonne housing chamber. The entire complex is due to come online in 2025.

With work first starting back in 2011, the dam will become the continent’s largest hydroelectric plant, generating some 6.45 gigawatts of power, when it completes in 2022.

Standing 155 metres tall and extending almost 1,800 metres across the Blue Nile, the main structure is being formed with over 10 million tonnes of concrete, holding back 74 cubic kilometres of water when the reservoir is full. 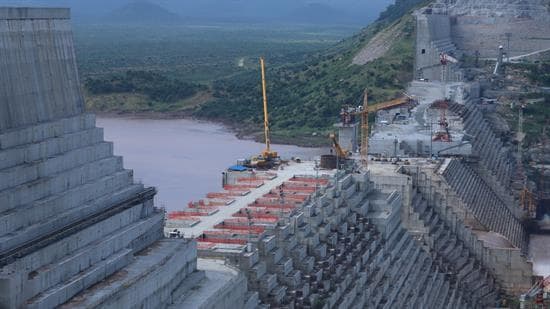 Above: Ethiopia's Grand Renaissance Dam will be among the largest in the world (image courtesy of Tiksa Negeri).

While the dam will transform Ethiopia’s energy production, the project has been marred in controversy since its inception.

20,000 people were relocated to enable the construction works and many have raised concerns over the project’s USD $4.8 BN price tag which represents roughly 6% of Ethiopia’s entire GDP and saw funding diverted away for other much-needed energy projects across the country.

The dam has also re-ignited an ongoing dispute between Ethiopia and the downstream nations of Sudan and Egypt who see the project as an attempt by the Ethiopian government to gain regional influence.

Since its first bullet-train shot onto the world stage in 1964, Japan has pioneered the development of high-speed rail.

While competition from Europe and China has seen the title of "world’s fastest train" move west in recent years, the new Chuo Shinkansen - with its maglev carriages able to reach speeds of over 500 kilometres per hour - will see Japan reclaim the title.

Despite Tokyo and Nagoya sitting 284 kilometres apart, the new line will bring the two cities within 40 minutes of each other. 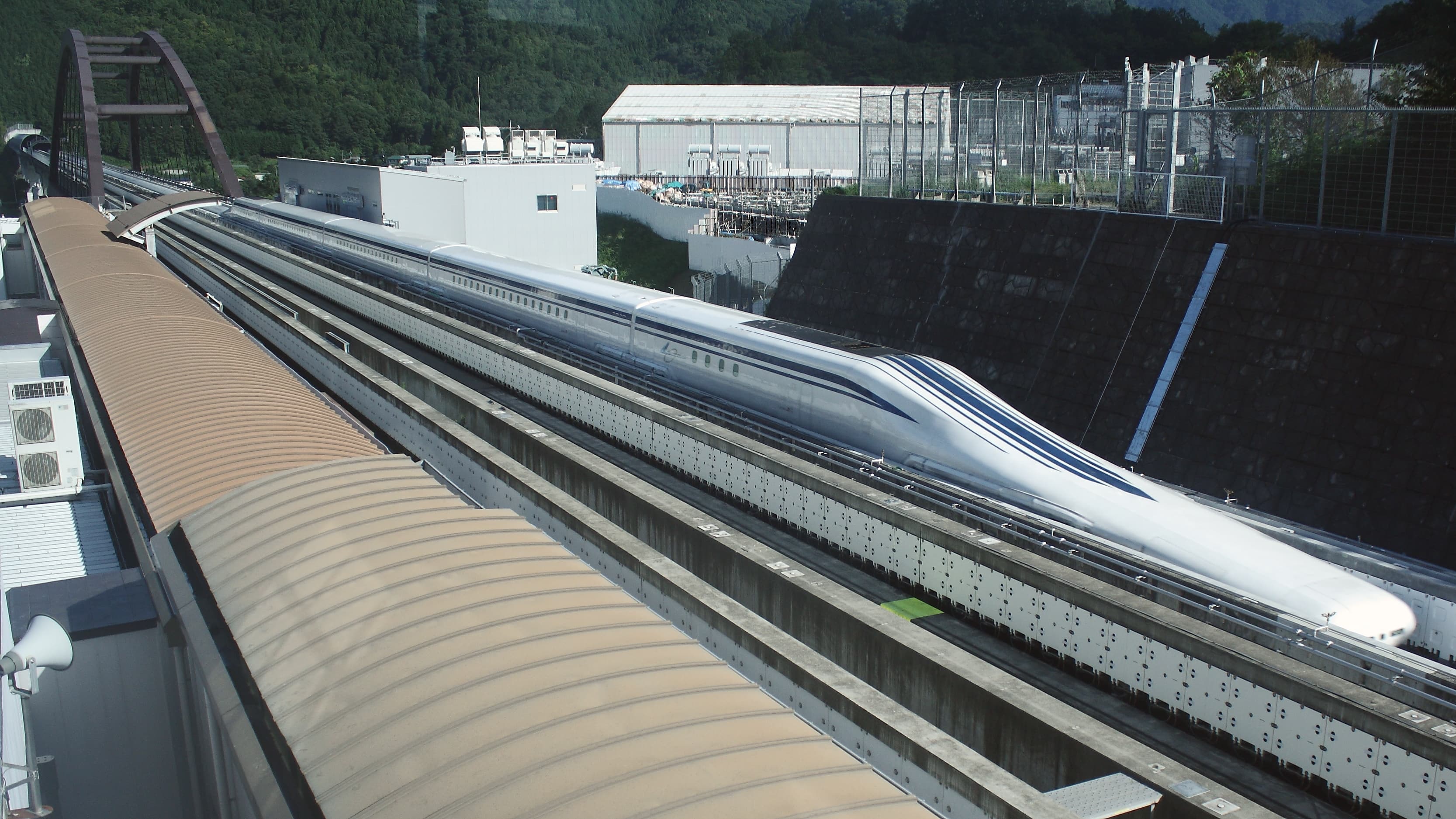 Above: Japan's next generation Shinkansen maglev trains will reach speeds of over 500kph (image courtesy of Saruno Hirobano).

Set to become one of the shortest routes on the Shinkansen network, 90% of the trackway will run underground and beneath the Japanese Alps, reducing the travel distance by over 50 kilometres and saving USD $4.9 billion over alternative options.

With the new line set to open in 2027, plans are already underway for an extension to link Nagoya with Osaka; a USD $30.5BN megaproject in itself.

Designed by WilkinsonEyre, the tower’s sculptural form is based around three twisting petals and will contain a casino, Australia’s first six-star hotel and 82 luxury apartments overlooking the famous harbour. 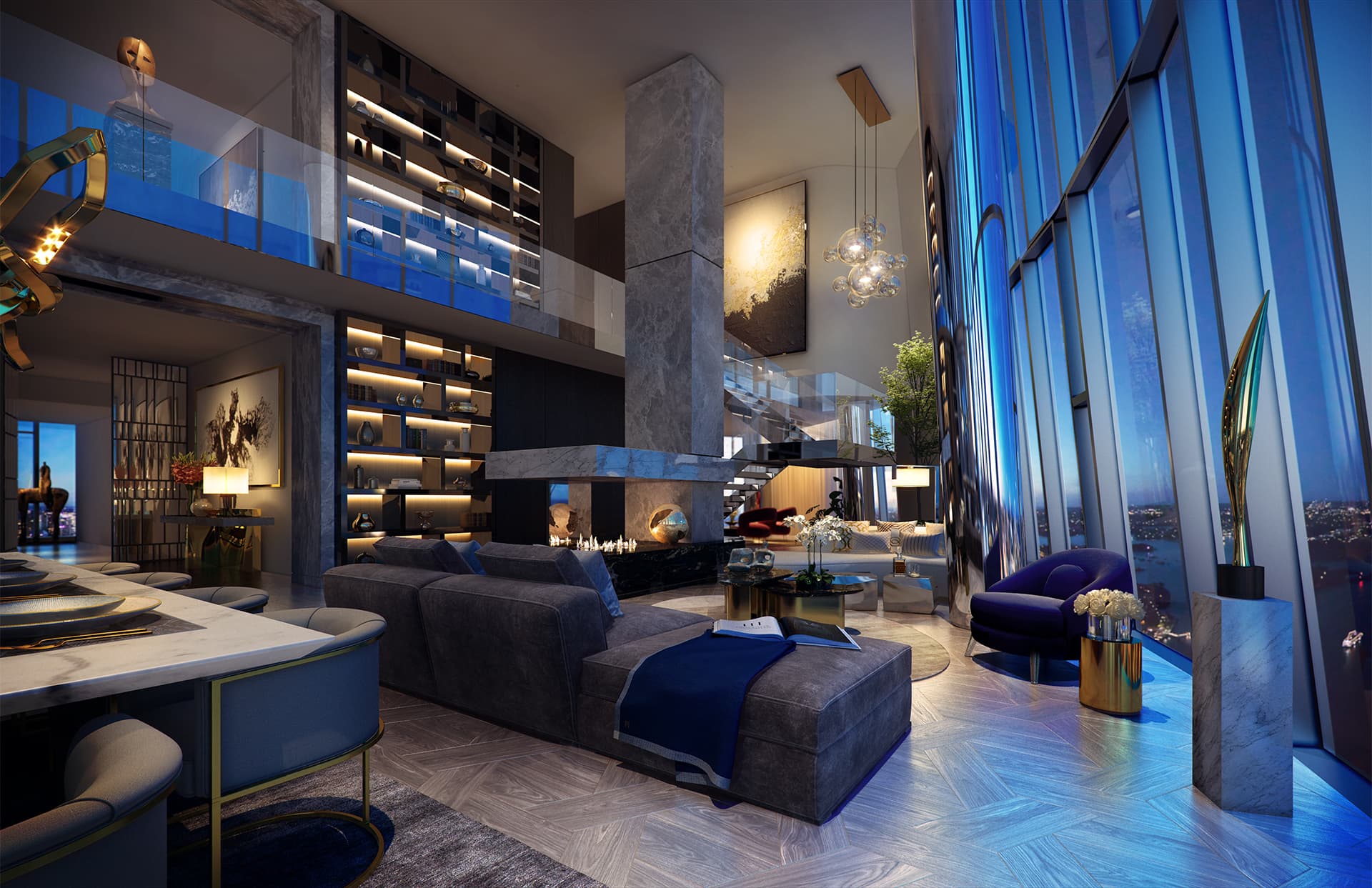 Above and Below: One Barangaroo will not only be the tallest building in Sydney, but it will be home to the first six-star hotel in Australia (images courtesy of Crown Resorts). 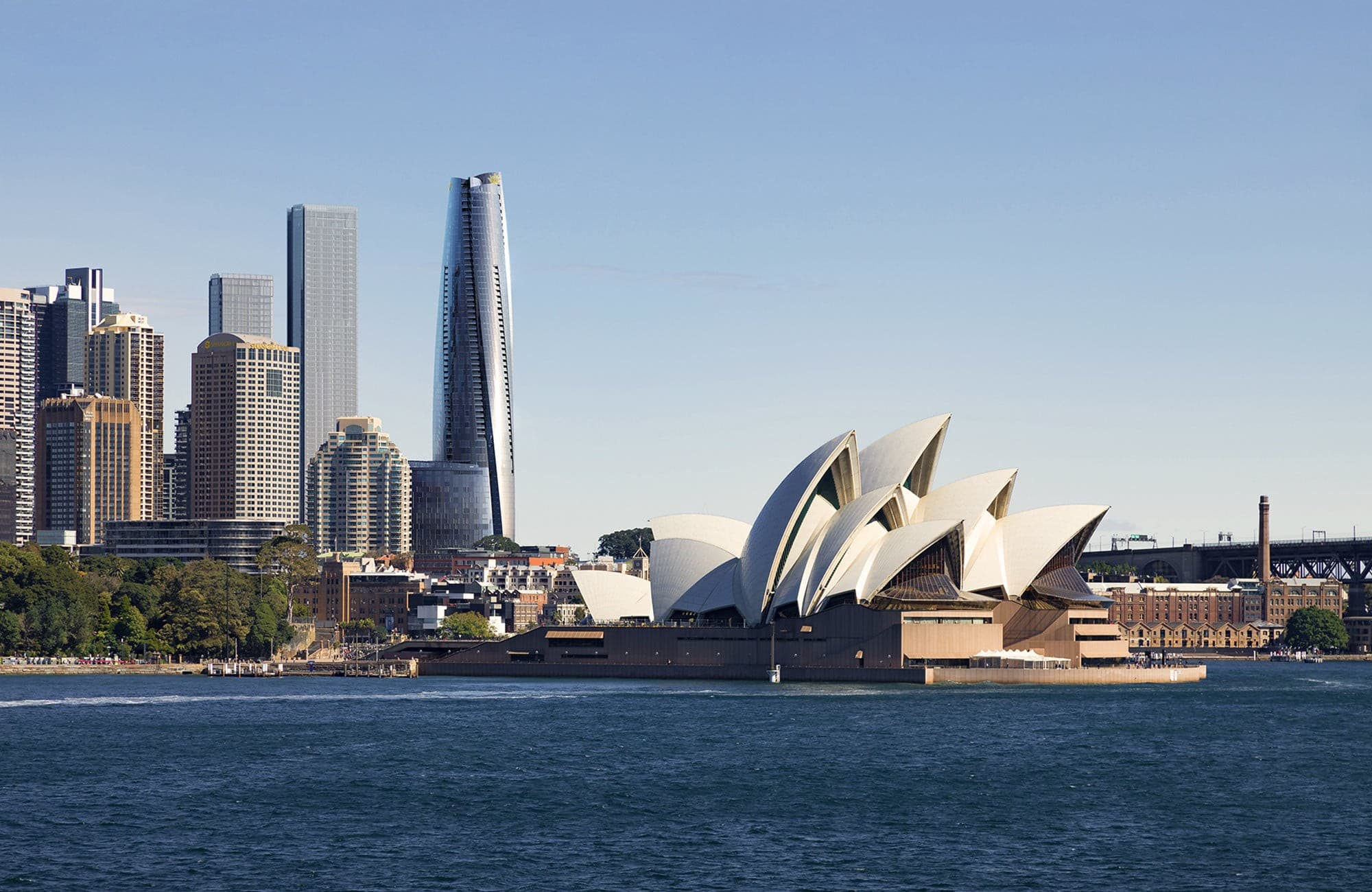 With its form ensuring that no two rooms are the same, the tower is clad in over 7,000 unique triangle-shaped panels giving it a crystalline appearance as it rises.

Topping out in November 2019 and due to open in 2021, One Barangaroo is already making its mark on the city’s skyline.