FOR all of its outlandish casinos, bright lights and attractions, Las Vegas has always been missing a stadium.

But with the Raiders boldly relocating to the city in 2020, a vast new venue has now been constructed.

Rising 10 storeys from the desert, with opening walls, a sliding-pitch, controlled climate and bright lights of its own, the shimmering black glass building is one of the most expensive venues ever conceived.

Above: Allegiant Stadium will be the home to the Las Vegas Raiders (image courtesy of MANICA Architecture).

Seeking a move to a larger stadium since the 1980s, when the Raiders’ plan to relocate from Oakland to Los Angeles (LA) fell-through, they focused their attention on America’s playground.

The bold idea of a 65,000-seat stadium in the centre of Las Vegas was quickly supported by the Southern Nevada Tourism Infrastructure Committee - and USD $1.1BN from the Raiders and the NFL was topped-up with USD $750M of public funding, generated by a new tax on Las Vegas hotel rooms.

With a vacant site behind Mandalay Bay secured in mid-2017, Raiders owner Mark Davis asked MANICA Architecture to adapt their earlier proposals for the teams’ Carson Stadium that would have been constructed in LA.

While an ETFE domed roof and reflective black glass skin were added to combat the intense desert heat, two major elements of the original design were retained. 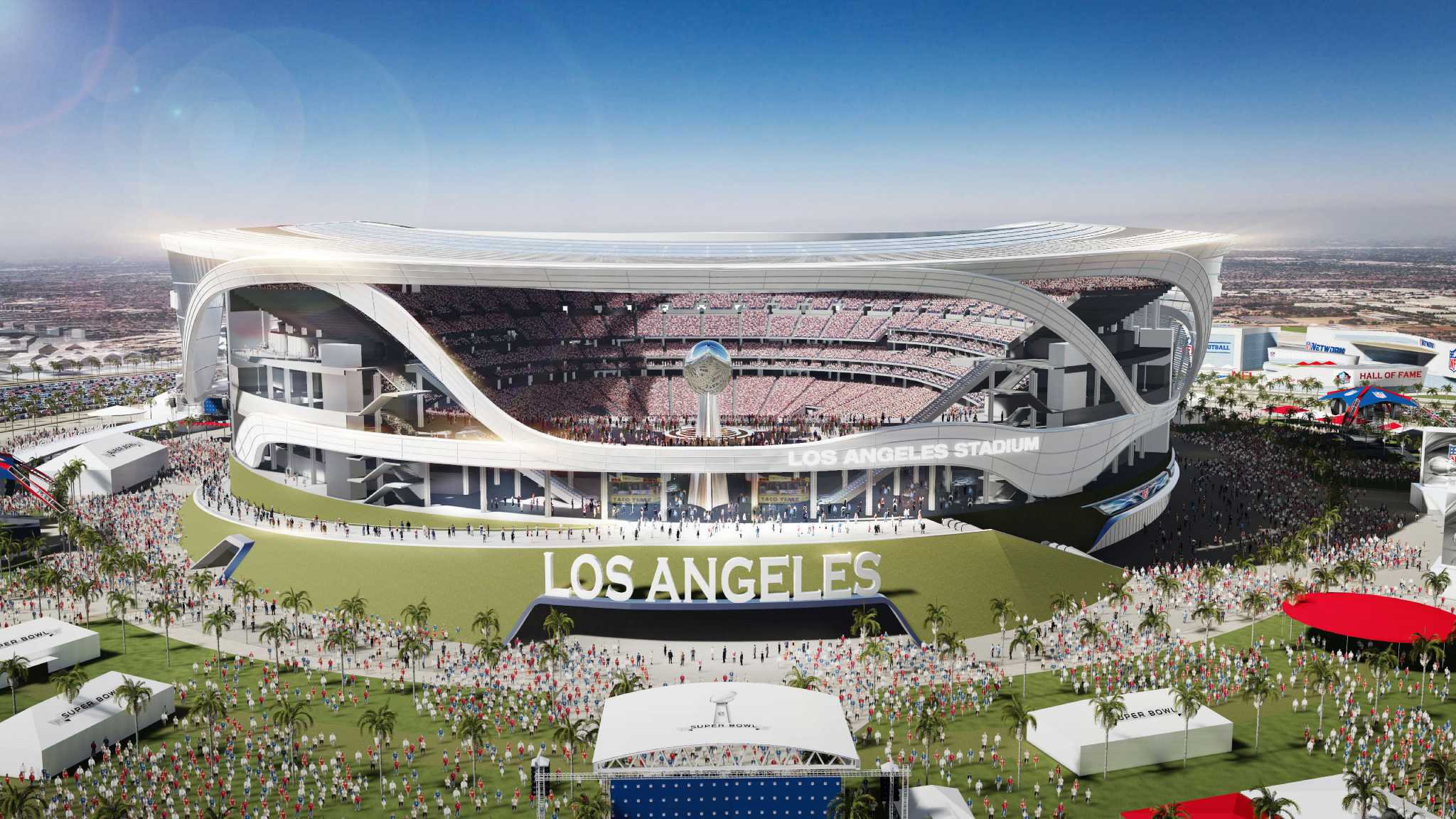 Above: Allegiant Stadium was adapted from the unrealised "Carson Stadium" in LA (image courtesy of Manica Architecture).

The north end zone - set to offer sweeping views of LA - was adapted to include a vast retractable wall that can open up to reveal the Las Vegas strip or close to help regulate the venue’s temperature.

Framed within that space, the largest 3D-printed object in the world to date - the 26-metre torch dedicated to former Raiders owner Al Davis - was retained, and with the closing of a 30-year Allegiant Air naming rights deal, the Raiders’ new home was born.

BUILDING IN THE DESERT

As engineers re-imagined the stadium for Nevada, works to divert a stormwater drain across the site began, helping to dramatically reduce the construction timeline.

While a stadium of this size would normally take five years to build, the Allegiant Stadium is now approaching completion in less than three.

With the site cleared, explosives were used to break-up tough ground and excavate the venue’s bowl; an exercise that saw over 685,000 cubic metres of earth removed. 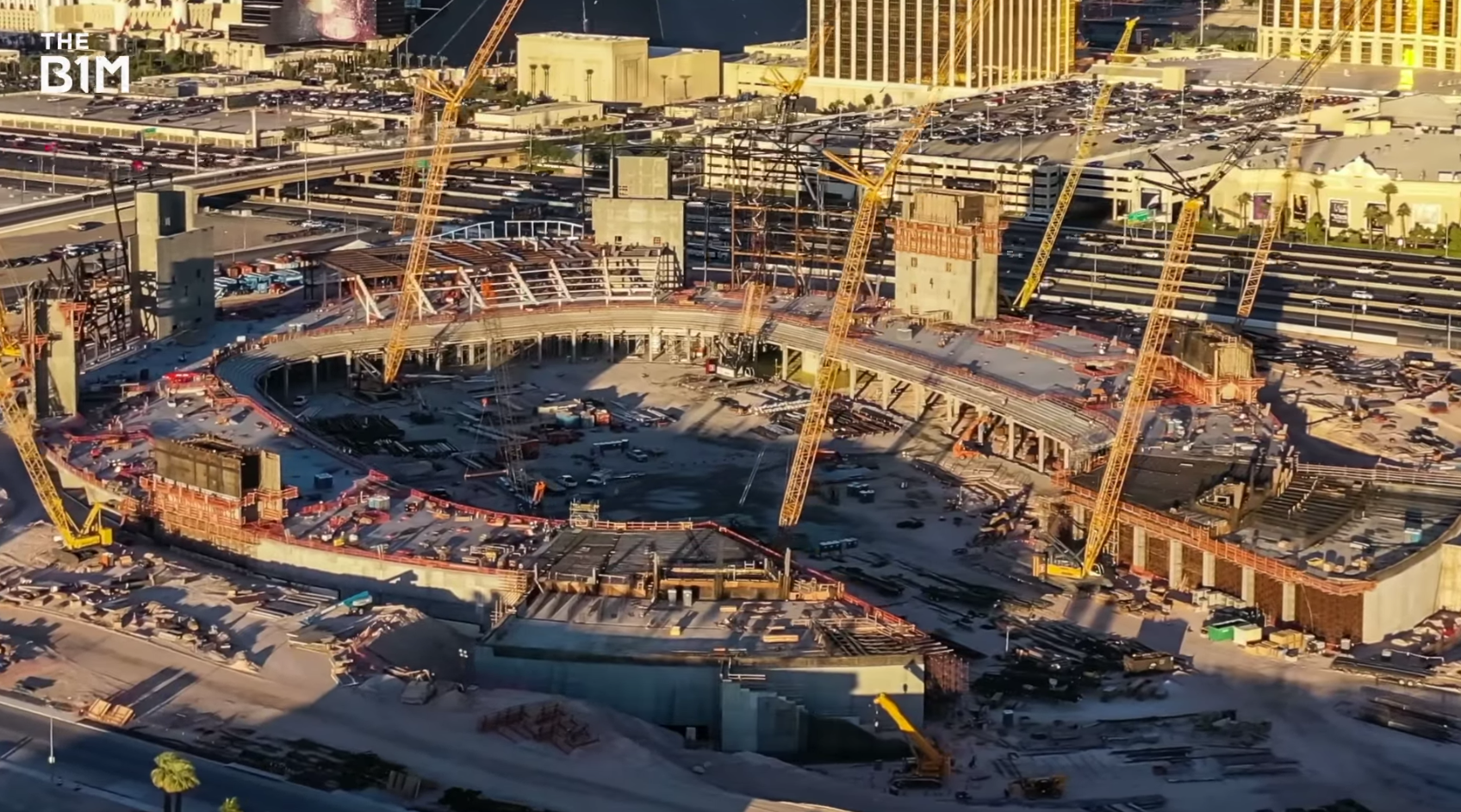 Above: Allegiant Stadium during the earlier stages of construction.

While part of the new structure sits below ground to keep the interior cool and better distribute fans on game days, the excavation also accommodates the stadium’s 8,500-tonne retractable grass pitch.

This will be the main surface that the Raiders play on, but between games the pitch will slide out of the stadium to reveal an artificial turf surface on the stadium floor for use by the University of Nevada (UNLV) Football team.

With the excavation complete, some 20 kilometres of piles were driven across the site to support the building’s superstructure and the stadium’s eight concrete cores began to rise.

The project required over 80,000 cubic metres of concrete to be poured and saw an on-site plant created to cope with the demand.

The structure’s steel frame was then constructed and steadily enclosed with the black glass curtain wall system. Large sections of the walls were assembled in factory conditions away from the site, before being transported to Las Vegas and installed. 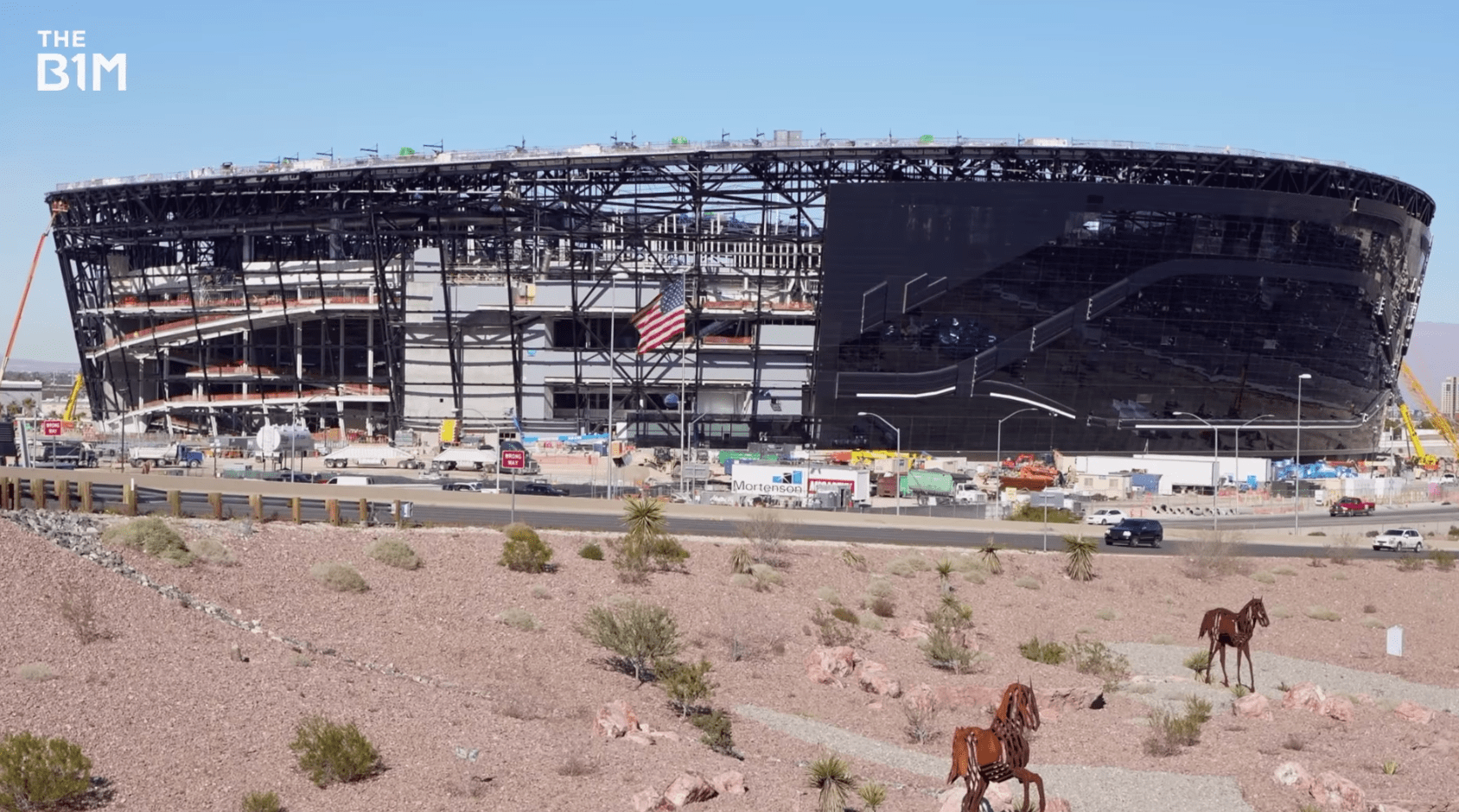 Above: The black glass facade panels were manufactured offsite before being transported to Las Vegas (image courtesy of Raiders).

Finally, despite requiring some re-engineering, the transparent ETFE roof was fitted; a clever feature that allows natural light but less heat into the stadium.

Though works had remained on track for three years, the events of early 2020 looked set to delay completion and the NFL were rumoured to be exploring alternative venues for the start of the season.

But with the state of Nevada declaring construction an essential activity, work has continued with social distancing measures in place and the venue remains on target to substantially complete and be in a position to host events from the end of July 2020. 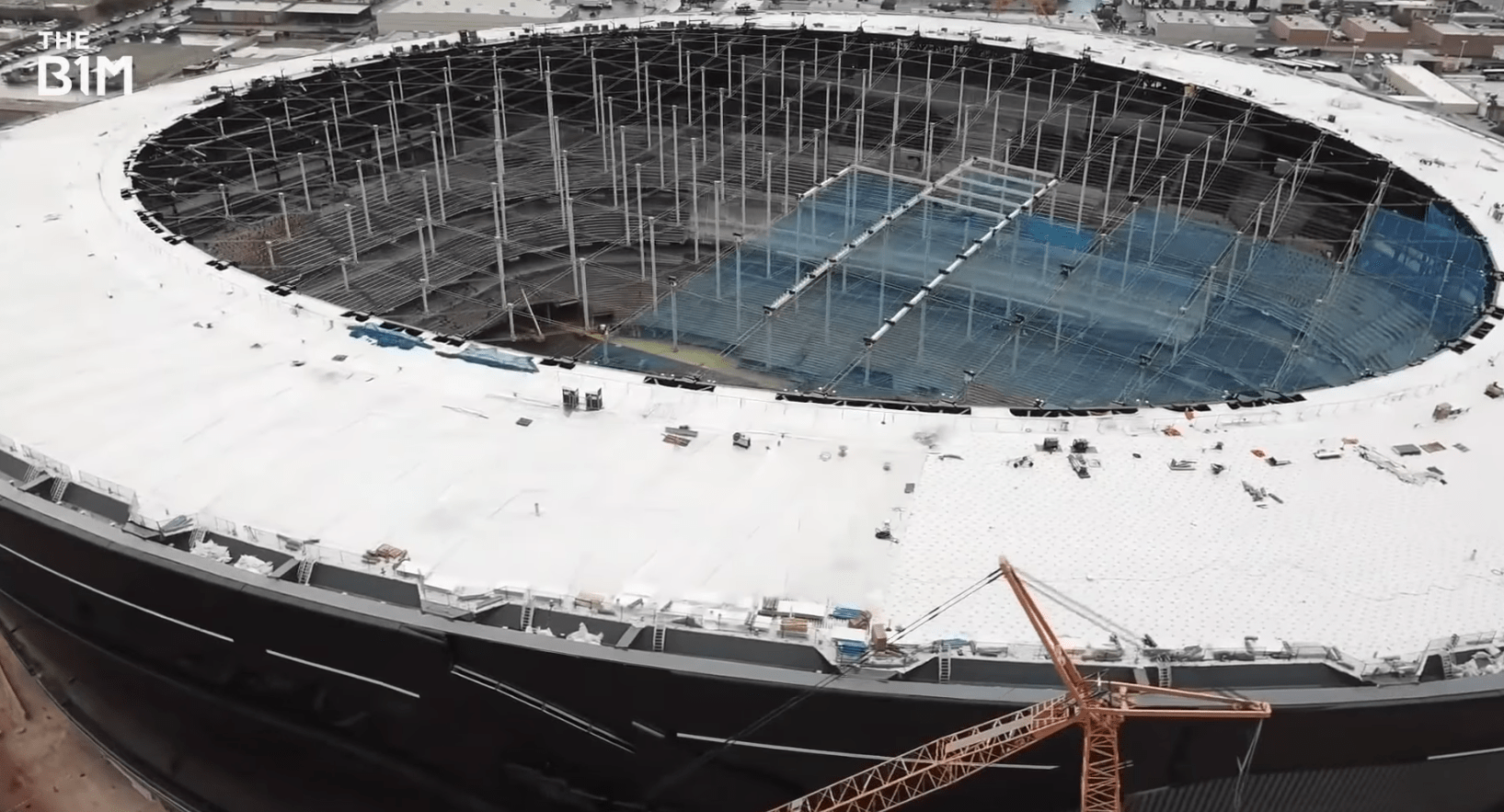 Above: The ETFE roof will allow natural light to enter the stadium without significantly raising the internal temperature.

Once operational, the stadium had been projected to generate USD $620M in economic benefit each year and to create 6,000 permanent jobs in Southern Nevada, though the likely onset of a global economic downturn in 2020 may initially impact these figures.

Rising dramatically from the desert, the Raiders’ gamble on this audacious new stadium - that in its scale, engineering and impact is every bit Las Vegas - could be about to seriously pay-off.

The 8 Pillars of BIM Level 2 - An Introduction