FROM striking skyscrapers to vast Olympic parks and stadiums on a level of ambition never attempted before, 2020 sees a new decade kick-off with the completion of some truly remarkable construction projects.

From the overwhelming number of schemes set to finish this year, these are the 20 you need to keep your eyes on.

Stretching over four square kilometres and including a major extension to the Dubai metro, the finishing touches to the 2020 Expo site are now being made ahead of the event’s opening in October. 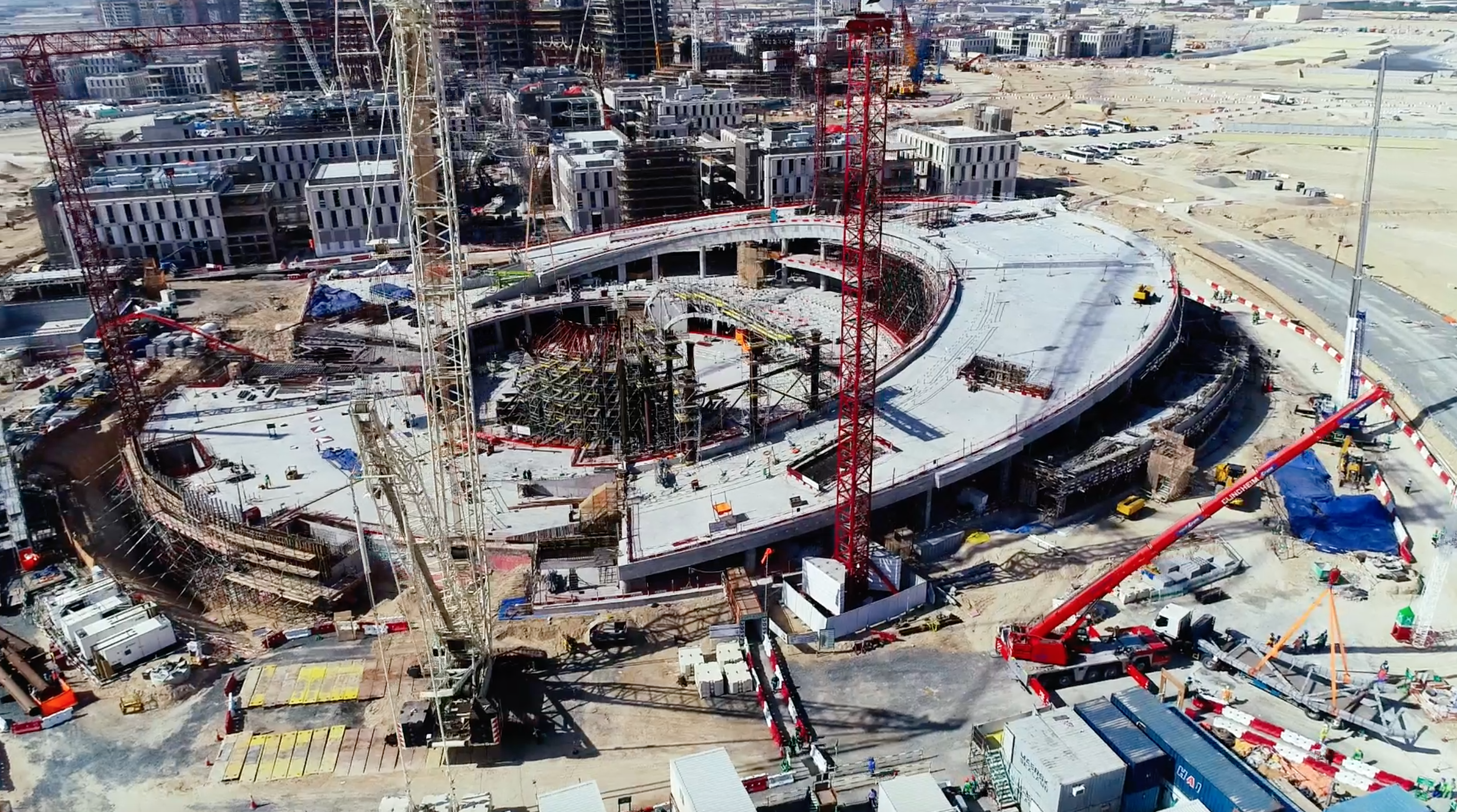 With more than 130 nations showcasing the best in global development - and with pavilions designed by some of the world's most renowned architects, including Santiago Calatrava, Grimshaw and Foster + Partners - the 2020 Expo is expected to welcome more than 25 million visitors over its six-month run.

Making headlines when it was first proposed in 2015, Melbourne’s Premier Tower is now beginning to make its mark on the city. 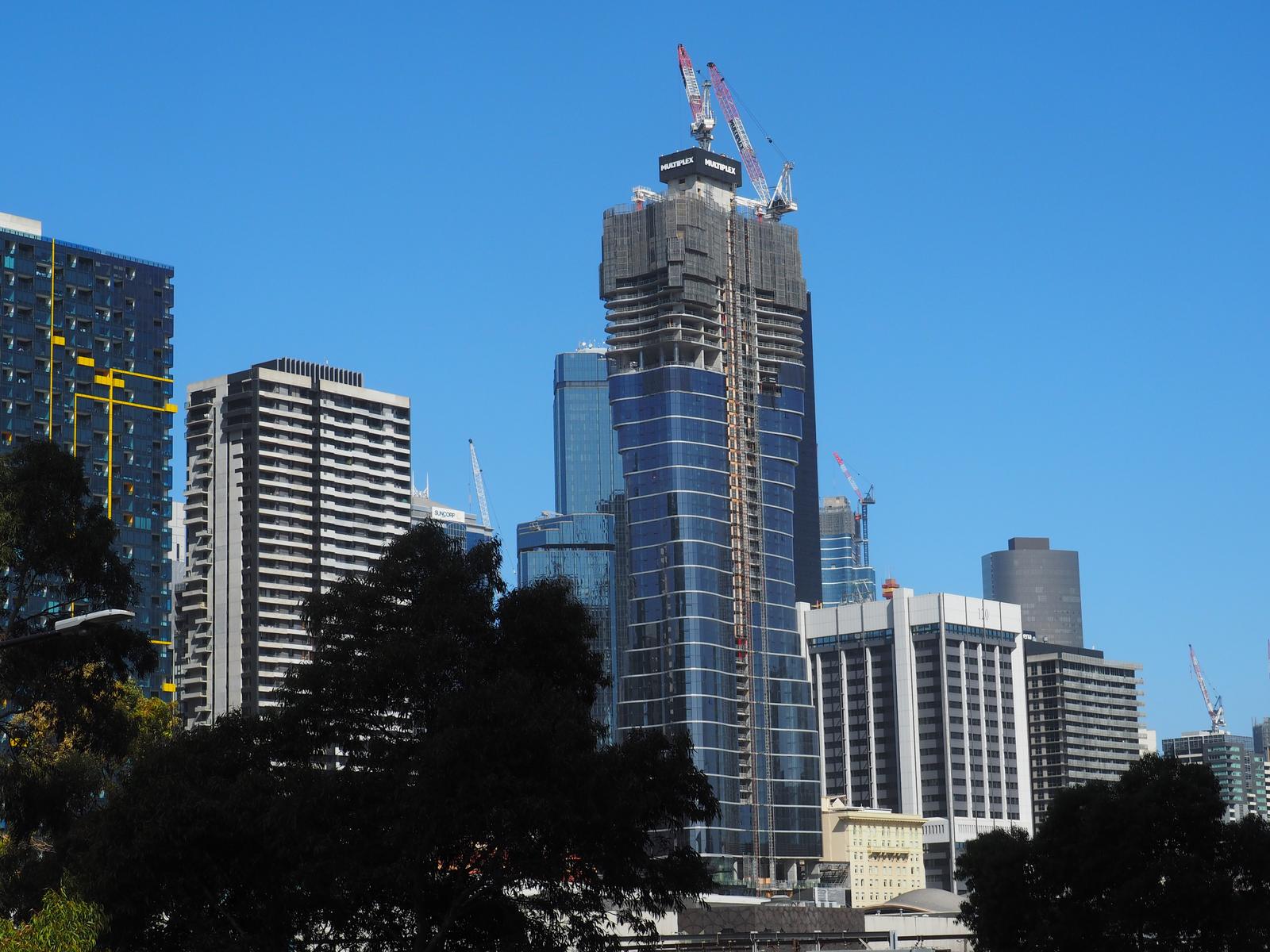 Above: The striking Premier Tower on the Melbourne skyline (image courtesy of Redden).

Inspired by the music video to Beyonce’s “Ghost”, the skyscraper’s curvaceous facade also plays a significant structural role, breaking up and disrupting wind loads that would cause the tower to sway.

The USD $1.84 billion Allegiant Stadium in Las Vegas will become the most expensive stadium ever built when it completes ahead of the 2020 NFL season. 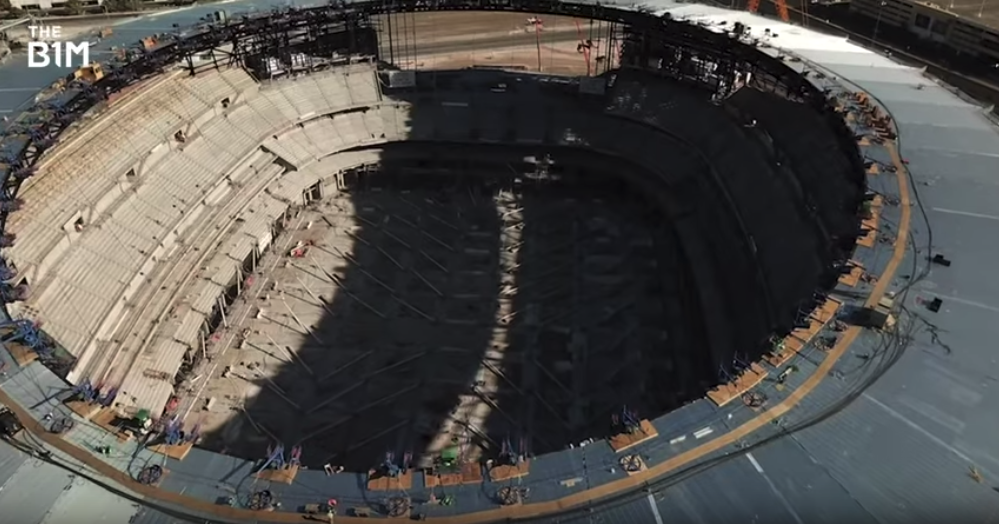 Above: The new Allegiant Stadium under construction (image courtesy of Raiders).

With space for 65,000 spectators, the landmark stadium will become home to the Las Vegas Raiders - who are relocating from Oakland - and the University of Nevada Las Vegas Rebels.

Topping-out in 2019 after six years of construction, the tallest skyscraper on New York’s Billionaire’s Row is set to complete in 2020. 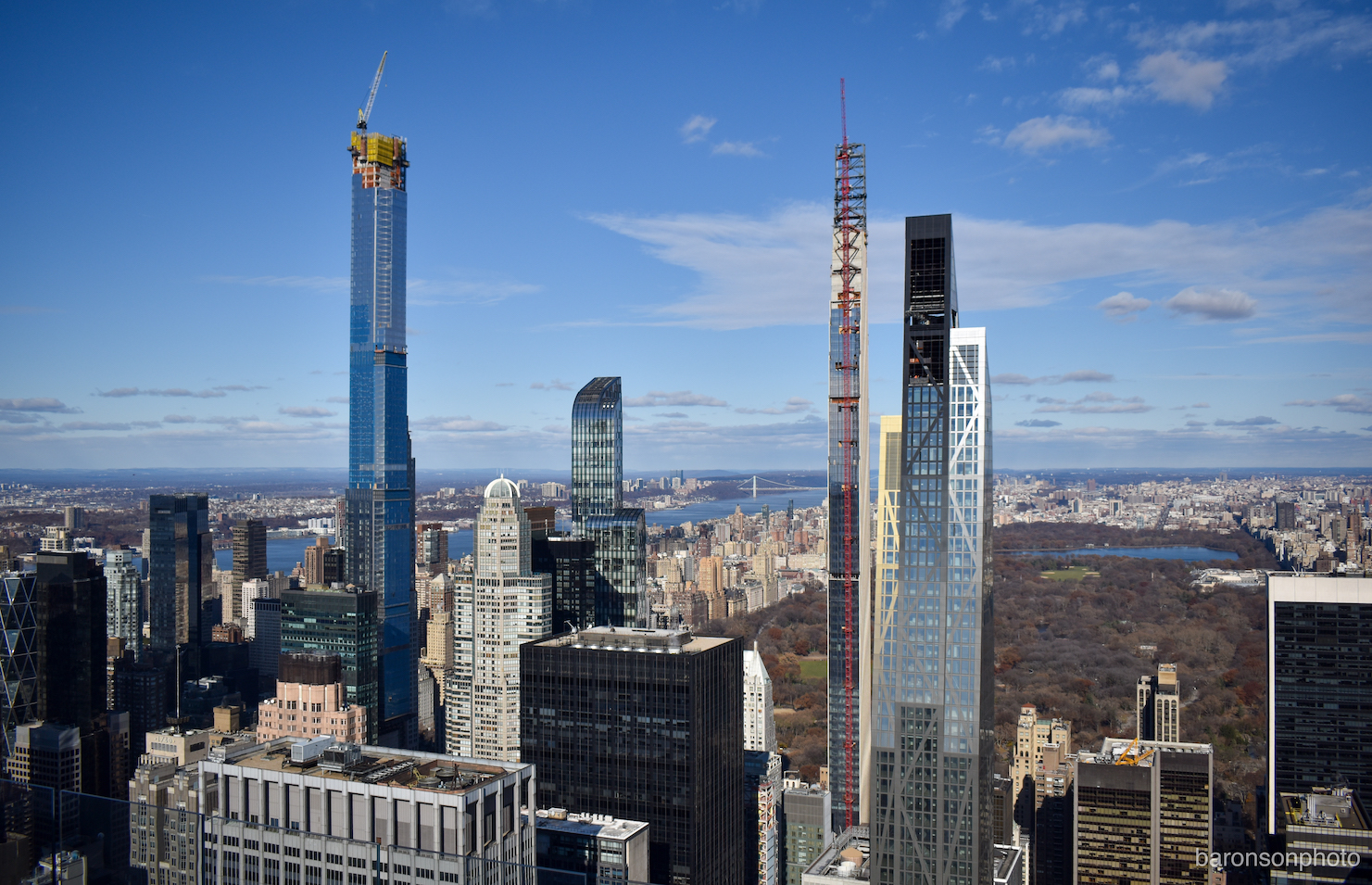 Above: Central Park Tower (far left) will become the tallest residential tower in the world upon its completion (image courtesy of Brian Aronson).

While it won’t take the title of New York City’s tallest building, the 472 metre Central Park Tower will overtake the nearby 432 Park Avenue to become the tallest residential building in the world.

Los Angeles’ striking SoFi Stadium is now racing towards completion and is set to host a string of high profile concerts throughout the summer of 2020.

Above: Sofi Stadium racing towards its 2020 completion (image courtesy of Earth Cam).

Becoming the new home of the Los Angeles Rams and Los Angeles Chargers, the 70,000 seat venue is expected to play a major role in the Olympic Games in 2028. 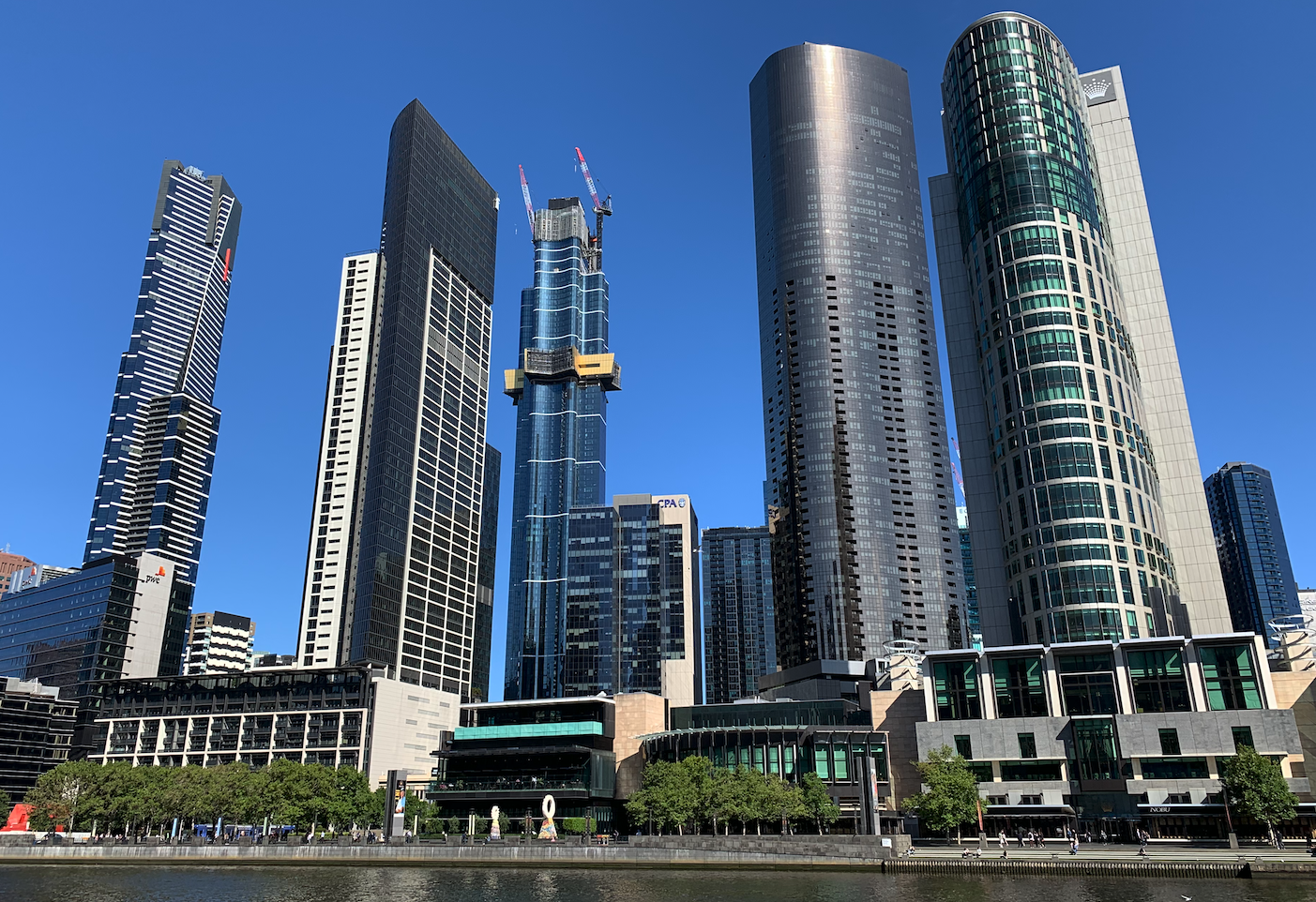 Above: Australia 108 nearing completion, the supertall skyscraper is now the tallest building in Melbourne (image courtesy of Dan Cortese).

Rising from former swampland in the city’s Southbank district, the striking tower will feature the highest residences in the southern hemisphere when it completes in 2020.

With its New National Stadium opening in 2019, Tokyo’s wider Olympic Park will complete early in 2020 ahead of the Olympic opening ceremony in July. 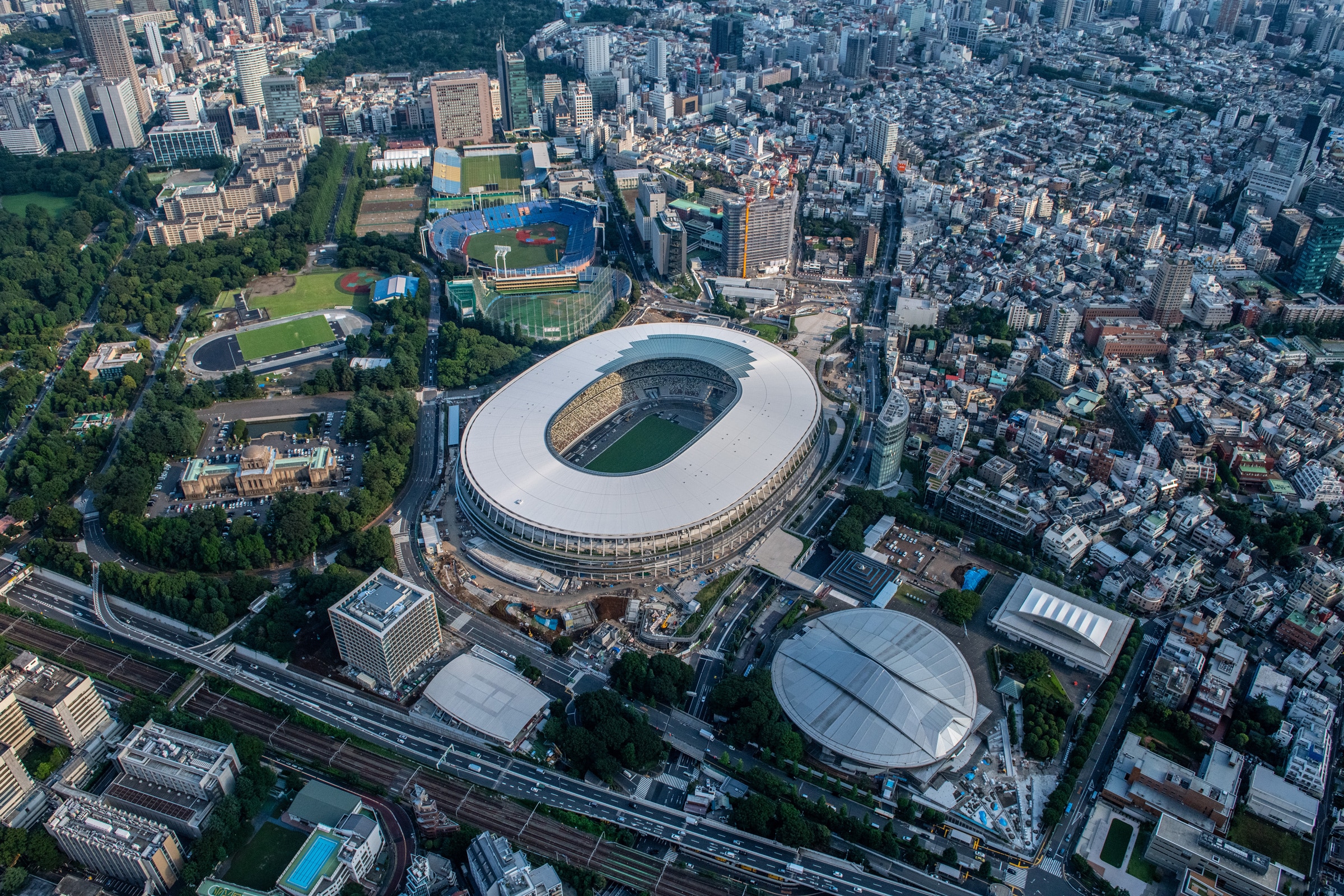 Above: Tokyo will welcome the world when the 2020 Olympic Games begin in July (image courtesy of Tokyo 2020).

Constructing a number of new venues and redeveloping some that played host to the 1964 Games, all eyes will be on Tokyo as the world’s athletes gather in the city.

Partly built on the original structure of Echelon Place - an incomplete complex which fell victim to the 2008 Global Financial Crisis - the 59 storey Resorts World Las Vegas is now nearing completion. 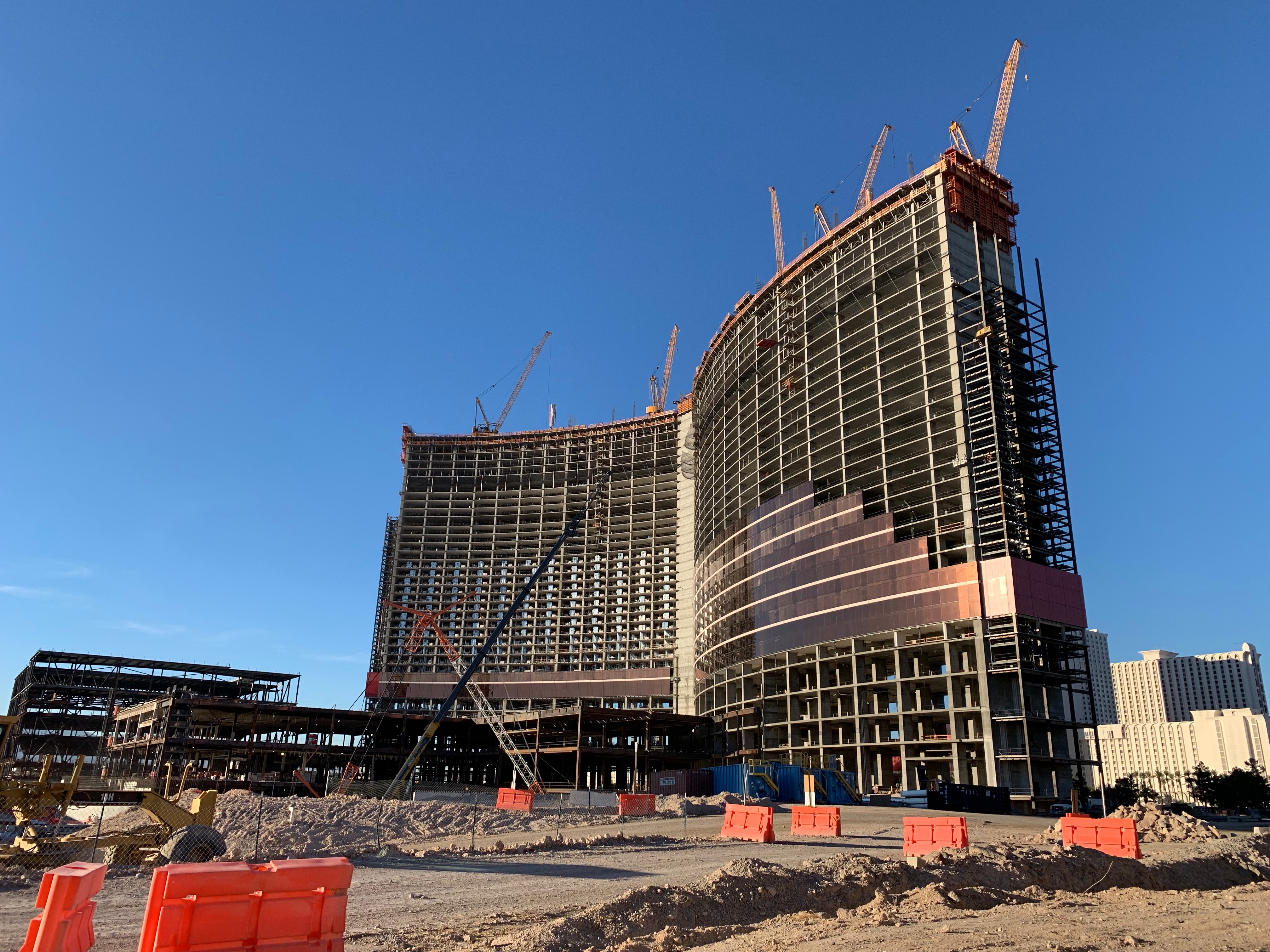 Above: Resorts World Las Vegas will complete in 2020 (image courtesy of Jeff Nouwen).

Despite rumours of delays, developers behind the USD $4.3 billion scheme have announced that it will open in 2020, making it the first addition to the city’s Strip since the Cosmopolitan in 2010. 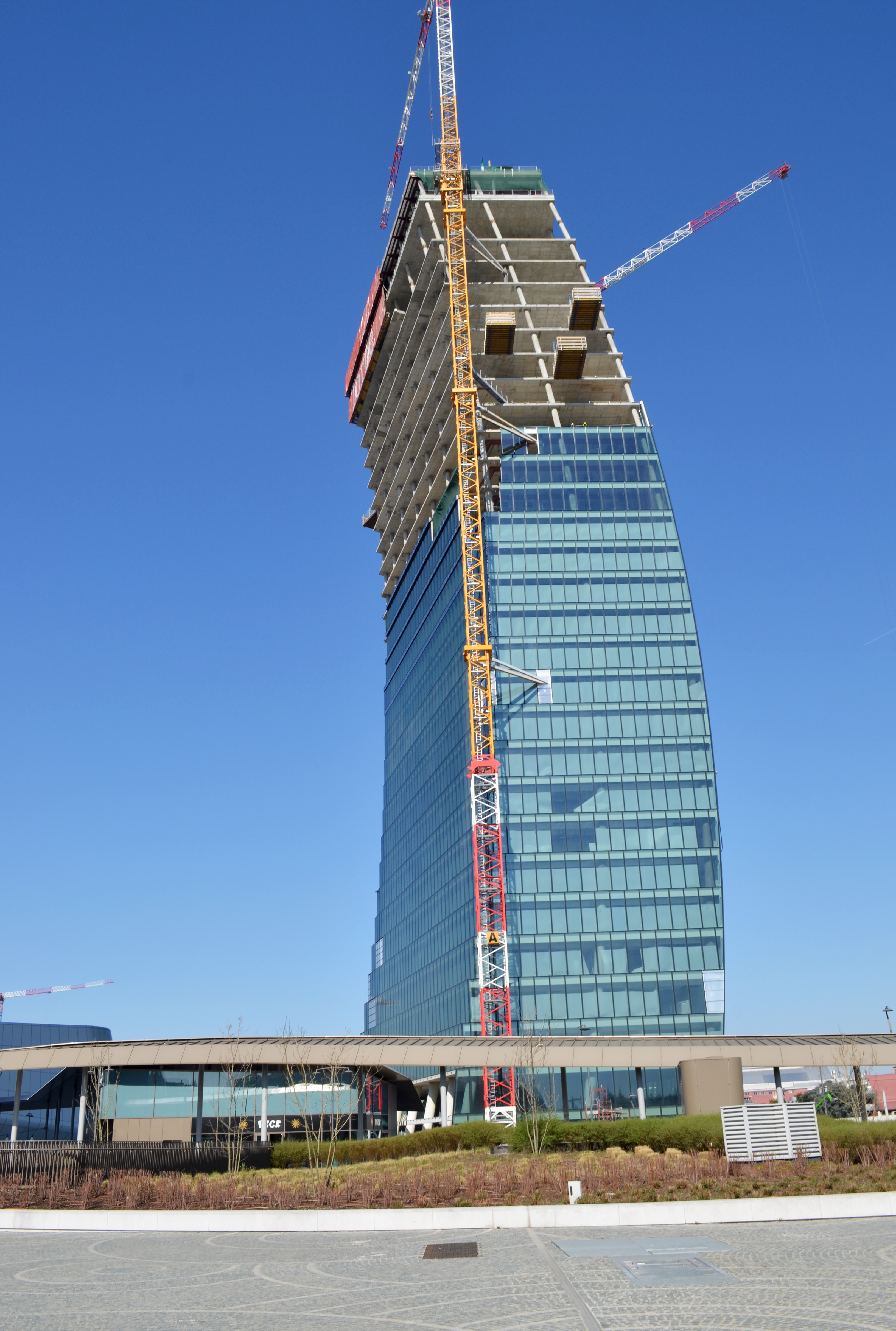 Above: The concave tower will be the final high-rise in Milan's City Life district (image courtesy of Kay Williams).

The 175-metre concave structure will be the fourth tallest building in the city and arguably emerge as the standout tower in a country not known for tall buildings.

April 2020 will see Vietnam’s first foray into hosting a Grand Prix with the completion of a 5.5-kilometre hybrid circuit. 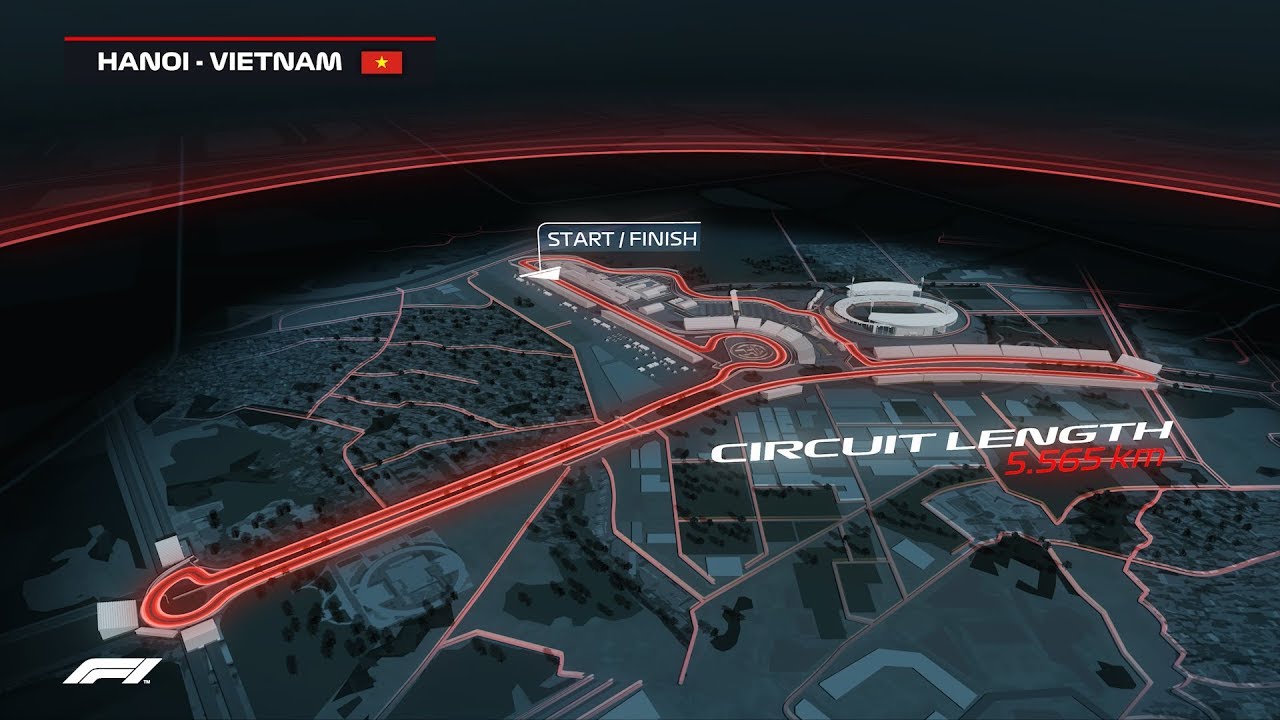 Above: Vietnam will host its first Grand Prix in 2020 (image courtesy of Formula 1).

Bringing together a series of converted public and purpose-built roads for the race, the new routes will be handed over for public use after the event.

Adding to an ever-growing list of state-of-the-art stadiums on the African continent, the 60,000 seat National Stadium in Abidjan is set to open in 2020. 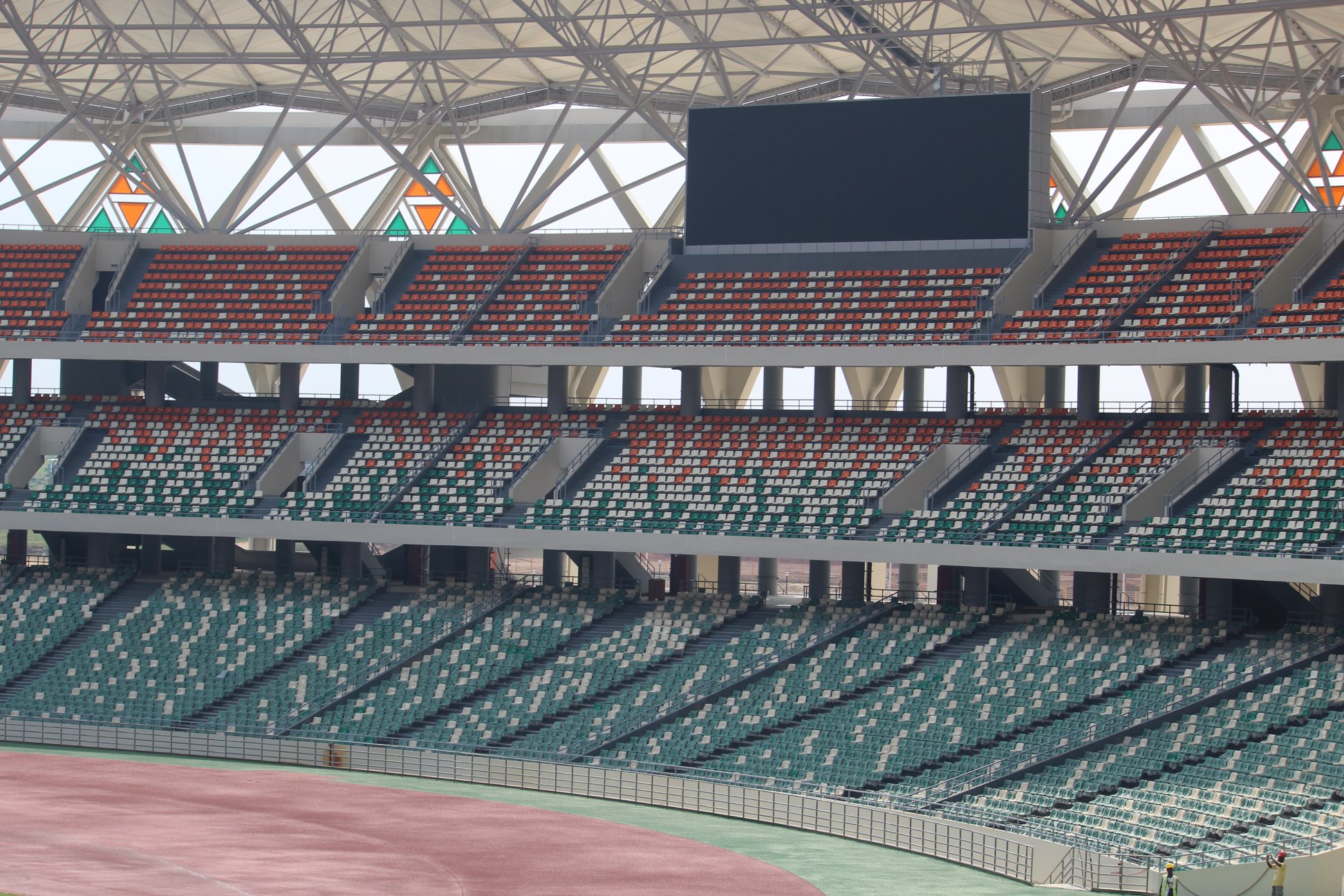 Above: The 60,000 seat stadium will play host to the 2023 African Cup of Nations (National Assembly of Ivory Coast).

With the Ivory Coast due to host the Africa Cup of Nations in 2023, the venue will stage the opening ceremony and the final match of the tournament.

Now the tallest skyscraper in the City of London, 22 Bishopsgate will finally complete this year. 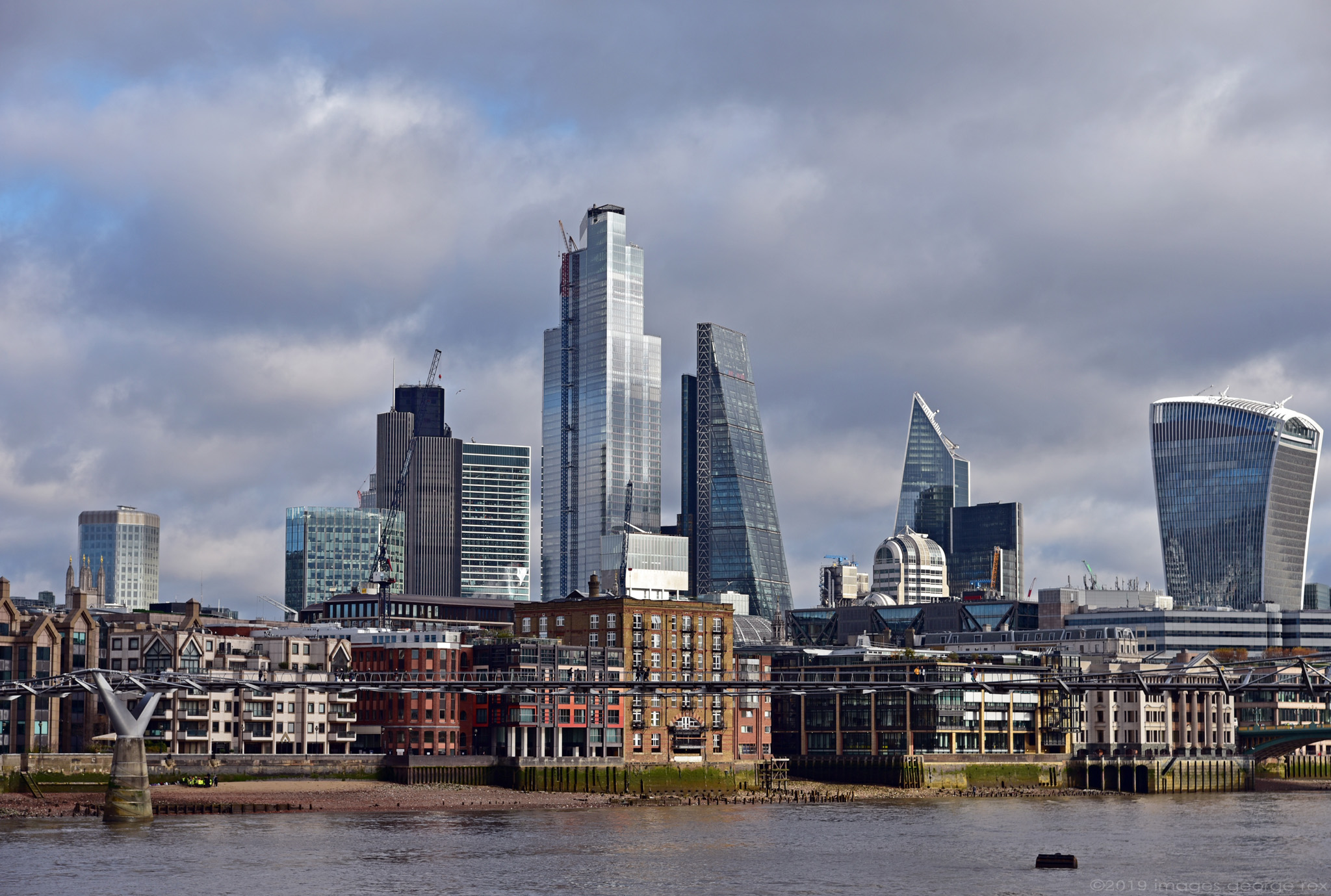 Above: The City of London has been redefined as 22 Bishopsgate nears completion (image courtesy of George Rex).

Originally the site of the Pinnacle tower before works were halted in 2013, the new structure rises to 62 storeys from the foundations of its never-realised predecessor. 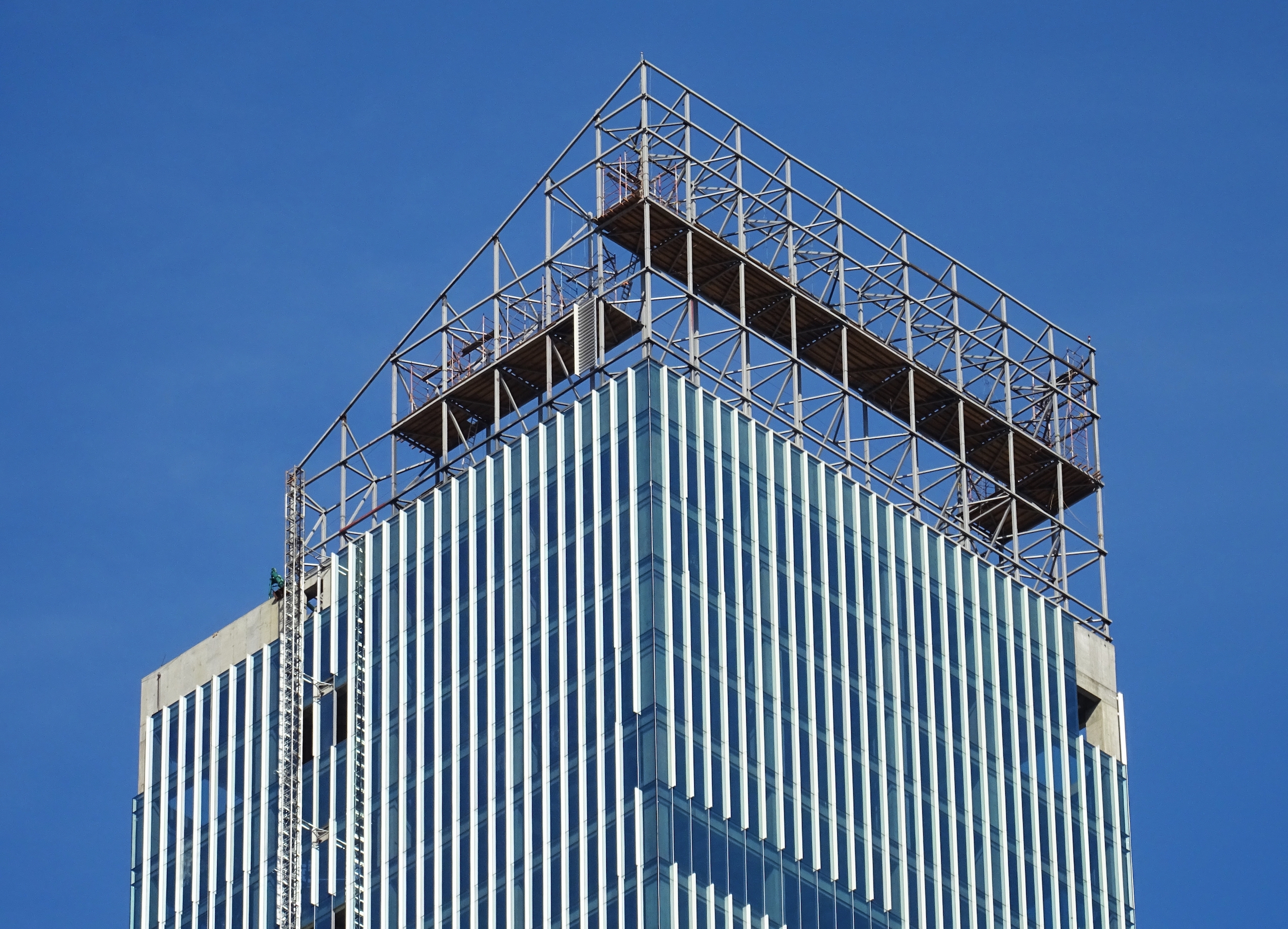 Above: The topped-out Tower 1 will complete in 2020 (image courtesy of Roberto RC ).

Topping out in April 2019, the 363 metre Vista Tower will complete in 2020 offering a hotel alongside a number of residences. 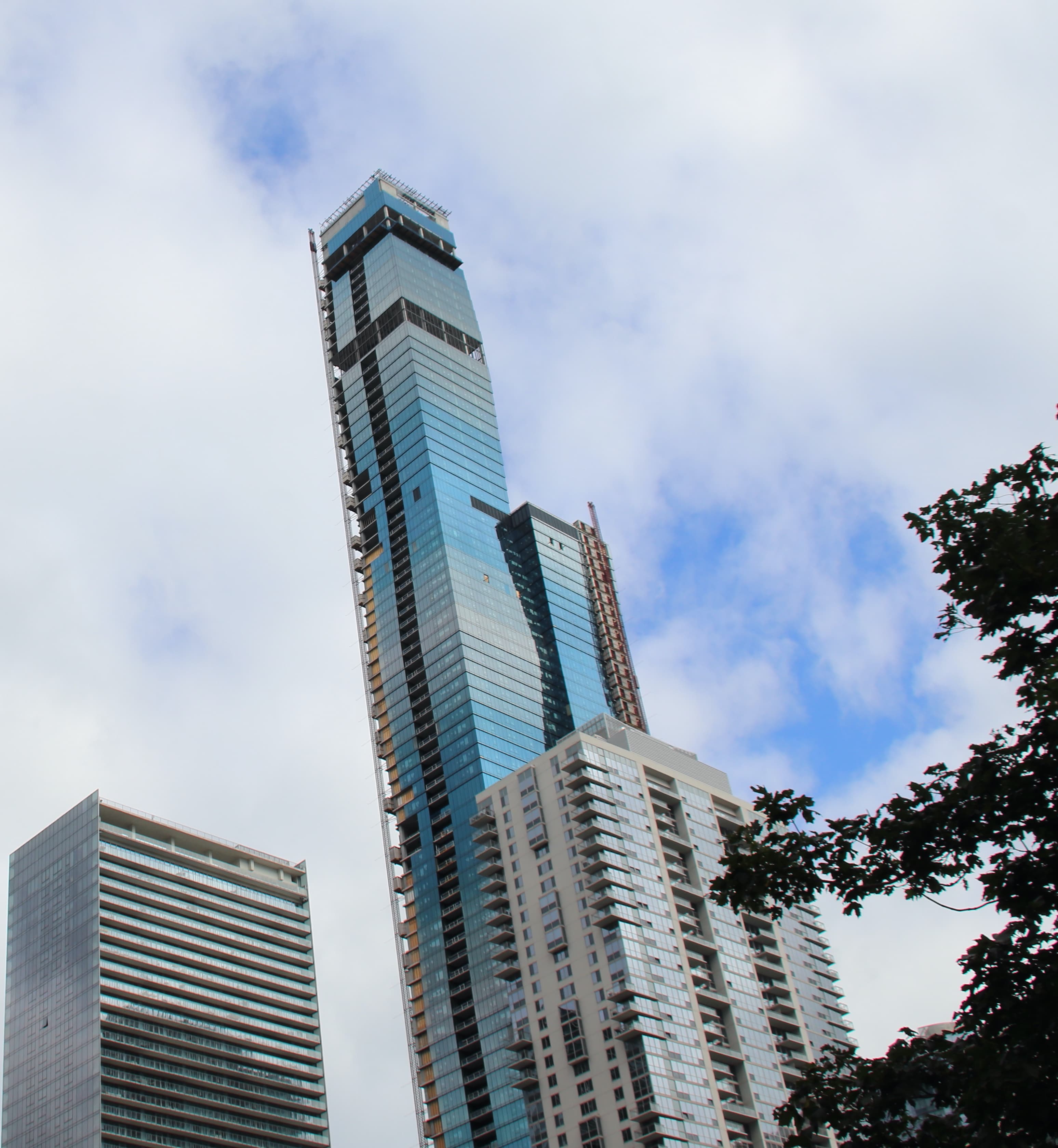 The structure is already the third tallest building in Chicago and the tallest skyscraper designed by a female architect to date.

Now in its second season of construction, works to upgrade the wharf at Antarctica’s Rothera Research Station - making it capable of accommodating the new Sir David Attenborough research vessel - are set to complete in April 2020. Above: Construction of this new wharf in the Antarctic has taken place over two seasons (image courtesy of British Antarctic Survey).

With the new wharf in place, construction crews will return in late 2020 to continue work on the wider station.

The skyline of Warsaw is set to change dramatically in 2020 with the completion of the 53 storey Varso Tower. 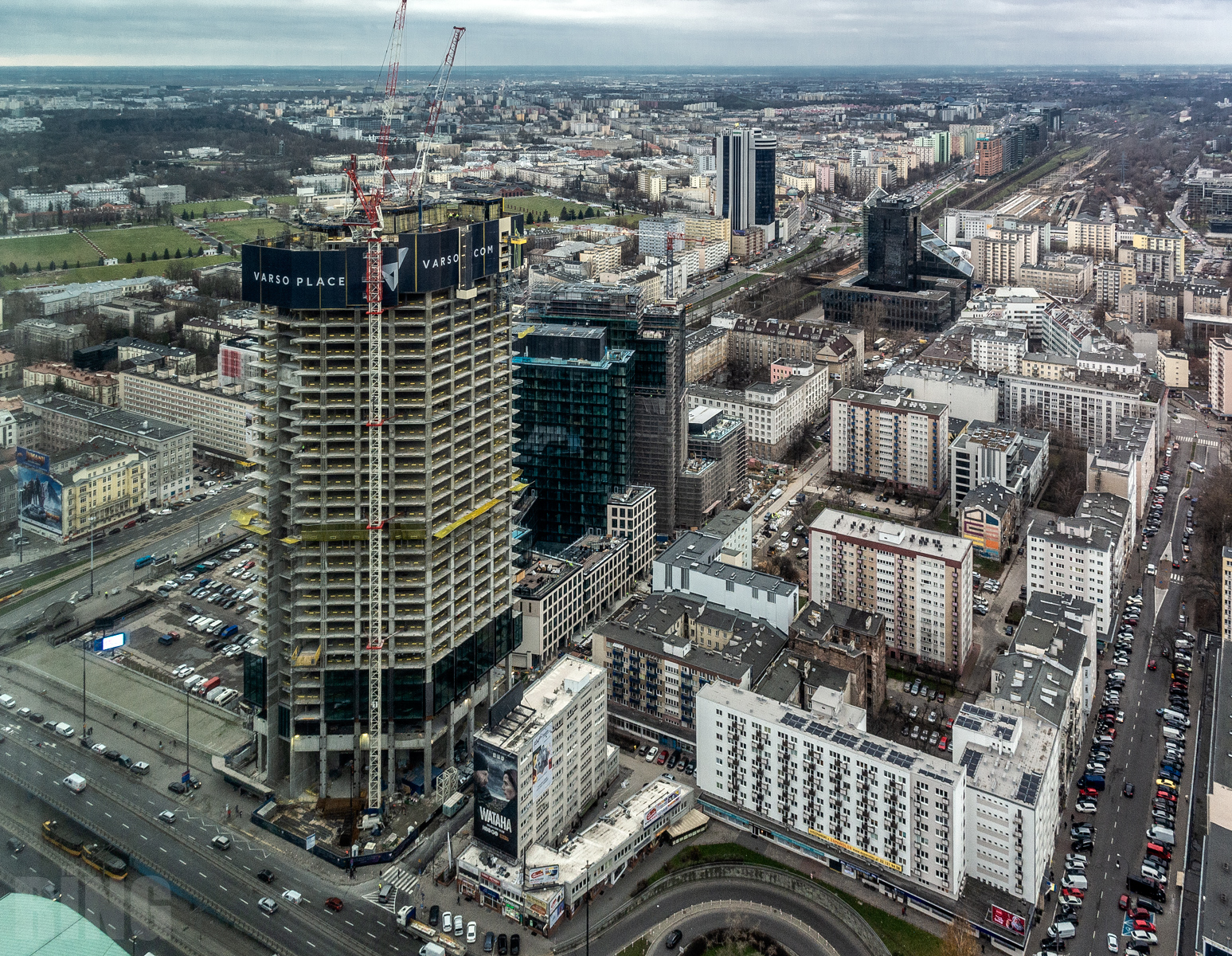 While the roof of the skyscraper will reach 230 metres, the inclusion of an 80-metre spire in the building’s official height will see it crowned as not only the tallest skyscraper in Poland but in the whole of the European Union, taking the title from London’s Shard. 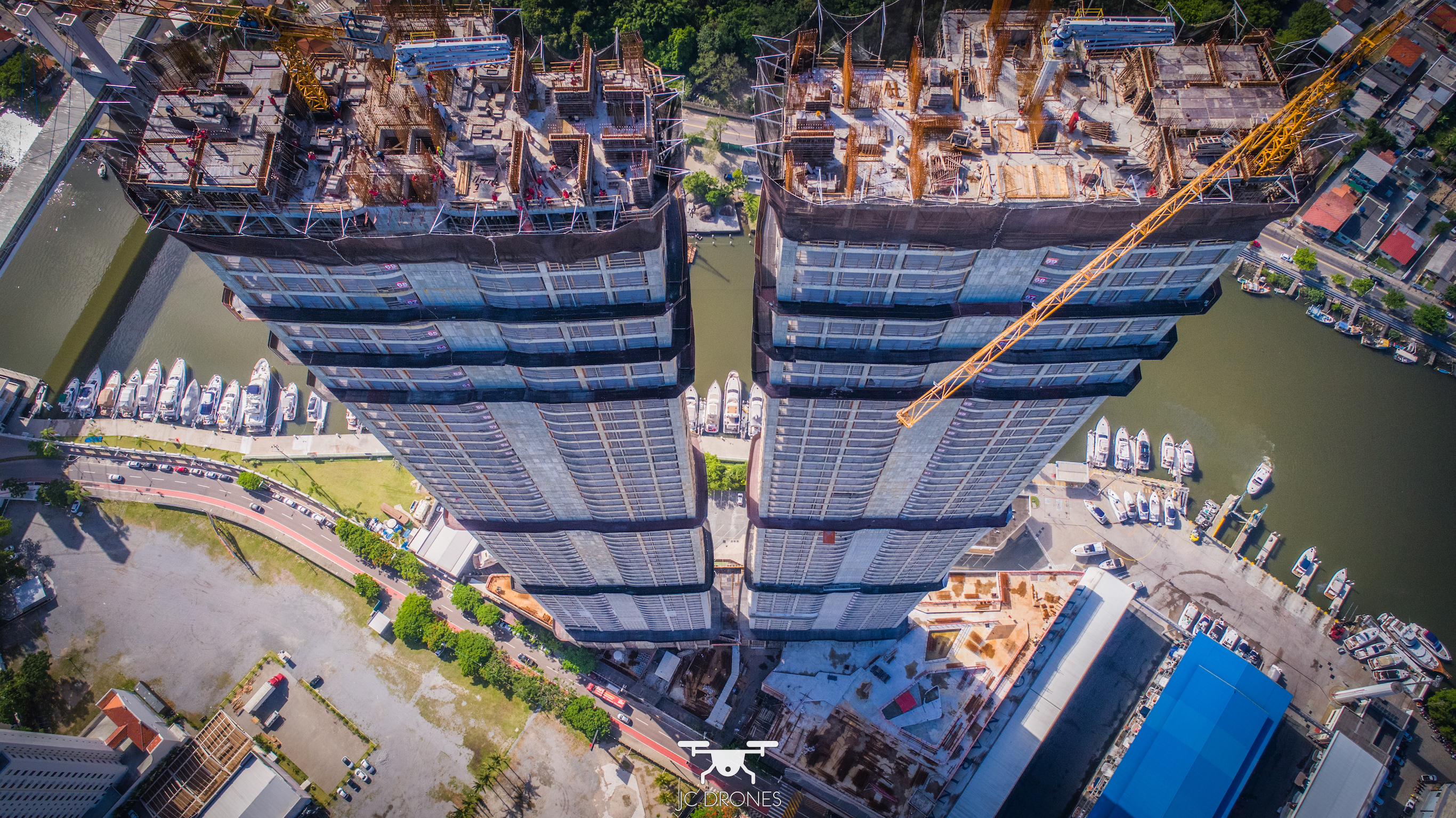 Standing 280 metres tall and each rising to 81 storeys, the twin towers of Brazil's Yachthouse Residence Club will become the tallest buildings in Brazil when they complete and the second tallest skyscrapers in South America.

Becoming the first metro in Pakistan, the Orange Line in Lahore is the first of three routes now proposed for the city. Above: Pakistan will open its first metro in 2020 (image courtesy of Wali Zahid).

Running for some 27 kilometres, the new line is expected to serve 250,000 people each day when it completes and becomes operational in 2020. 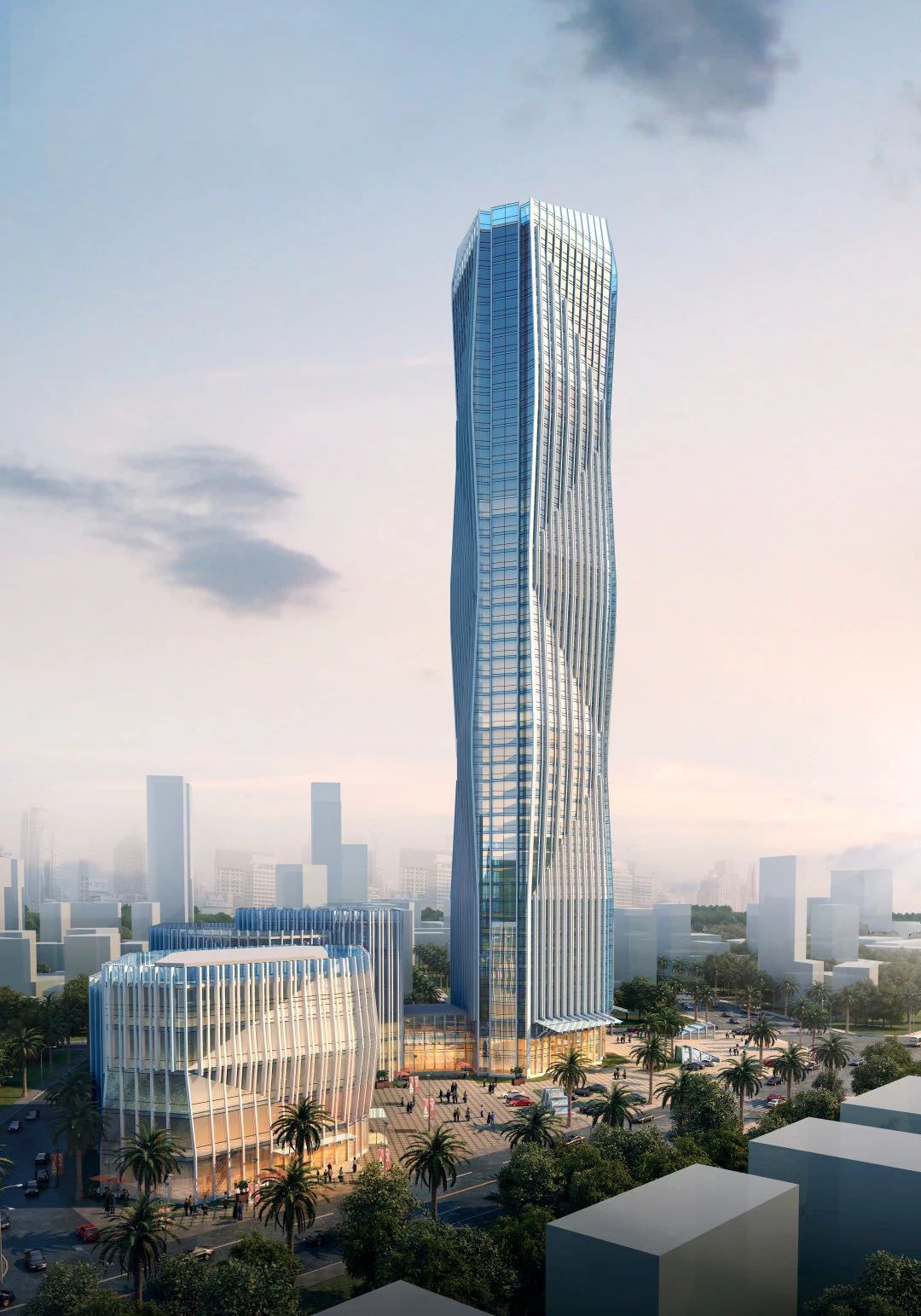 Above: Addis Ababa will have a new tallest skyscraper by the end of the year (image courtesy of Henn).

With Ethiopia fast-emerging as an African powerhouse, the 198-metre new headquarters for the state-run Commercial Bank of Ethiopia will become the tallest building in the country when it completes later this year.

After more than a decade of construction, August 2020 will see Seoul’s World Cup Bridge finally open. 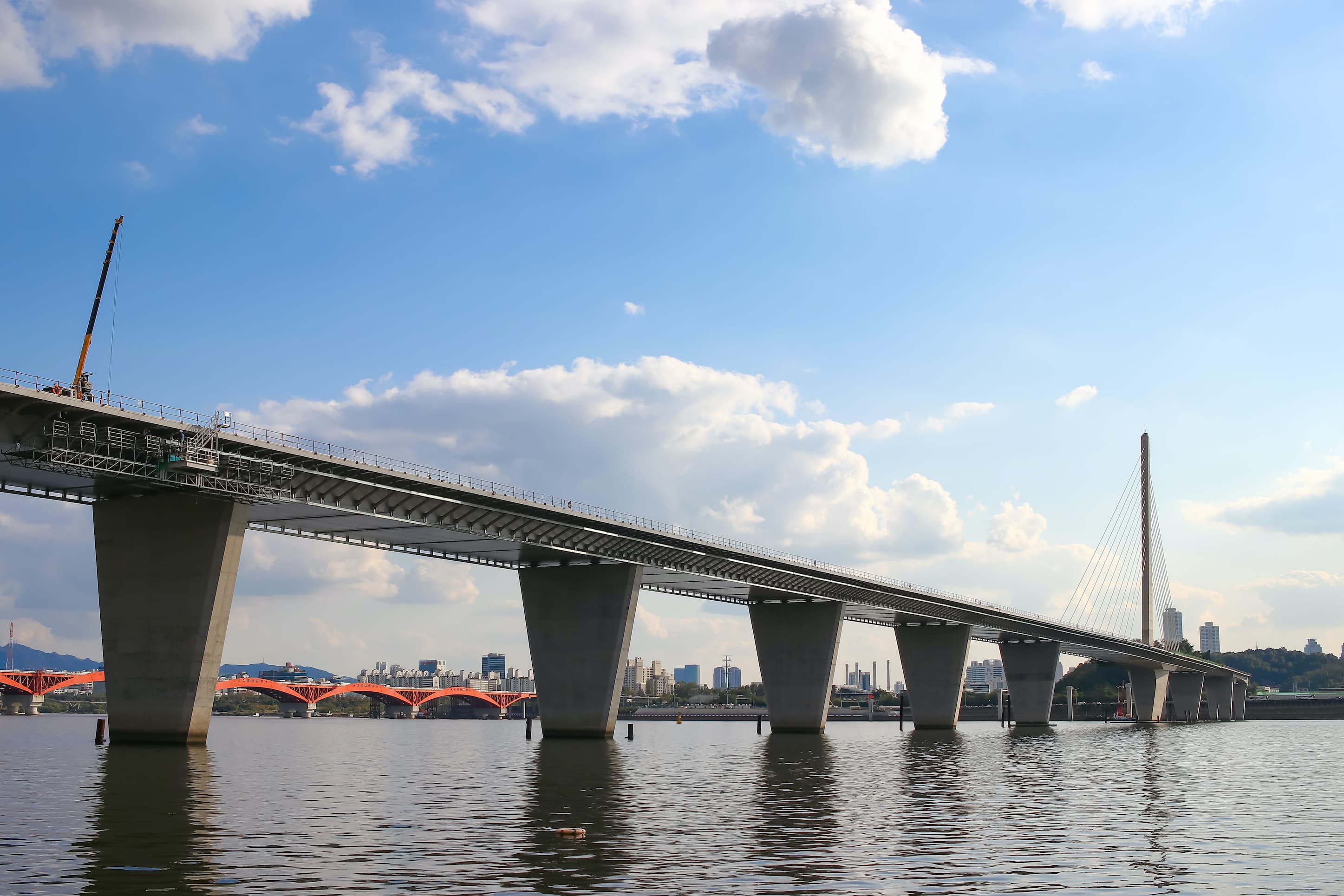 Above: After 10 years of construction, the World Cup Bridge is nearing completion.

With works first commencing in March 2010, the bridge was originally expected to open in 2015 but became significantly delayed due to financial constraints.

Keep up with all these projects and more in 2020 by subscribing to our YouTube channel and signing-up for email updates.

Malaysia is Building a New City Near Singapore