TRAVEL over to a bustling city in Asia and you’ll notice that many of them have something in common: They. build. big.

Massive skyscrapers tower over city centres – largely a product of economic growth and the demand for space in the congested areas.

Then there’s India. The country is home to some of the most highly populated cities in the world and has the second highest GDP on the continent after China.

But its buildings don’t really reflect these numbers. It has some skyscrapers, but they’re mostly in Mumbai – there are fewer and they’re shorter on average as compared to neighbouring Asian cities.

This city sits on a peninsula where land is both scarce and expensive. Normally such constraints force developers to build upwards – think New York or Hong Kong. And yet, Mumbai is still far behind the skyscraper game.

So if India’s population and wealth are so high, why does it build so low?

Well, it all has to do with a little known rule holding the country back from going big and managing density.

This is how politics, infrastructure, and money are stunting India’s skyline. 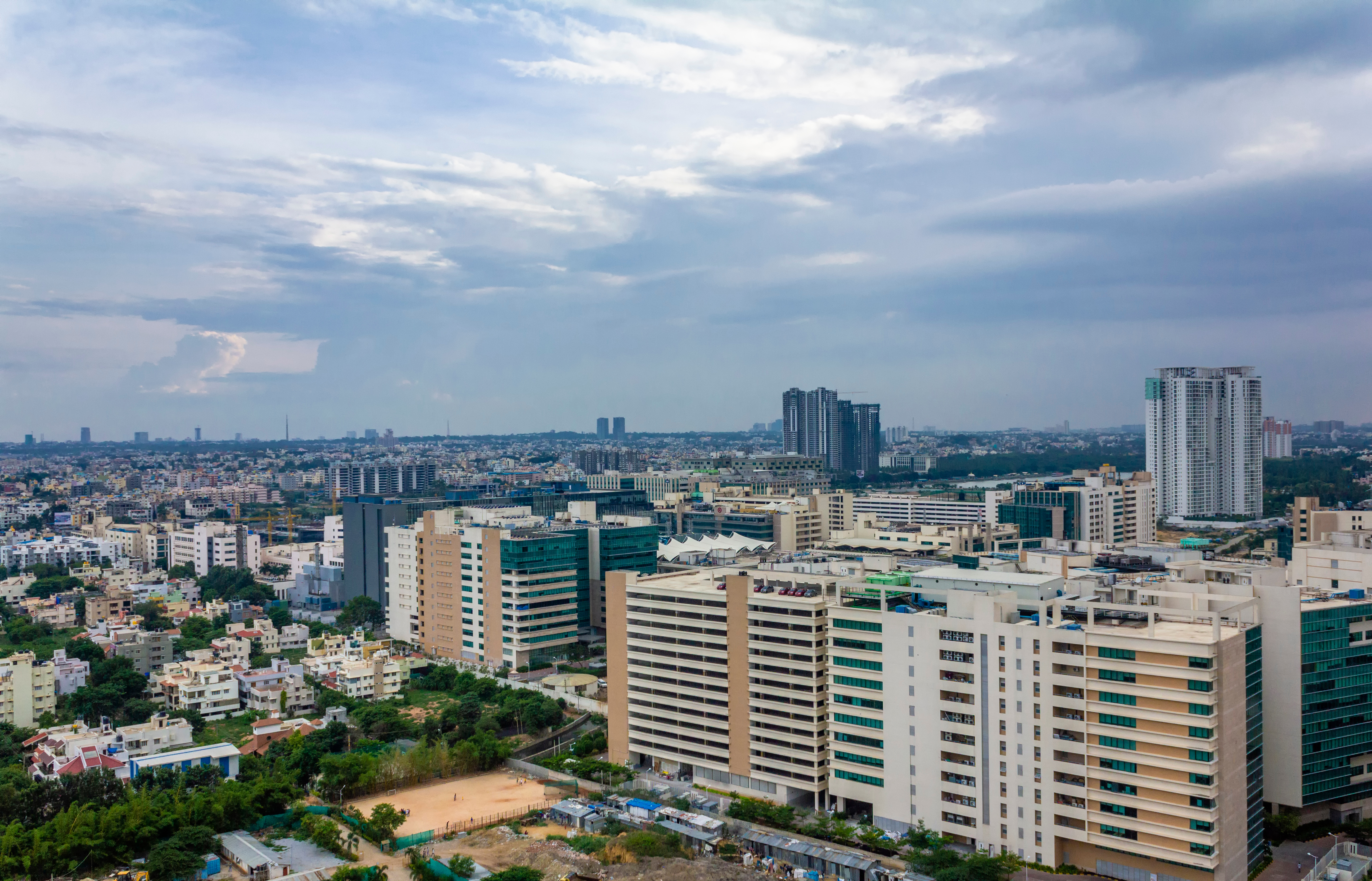 Above: The few skyscrapers in a business park in Bangalore, India.

To many of us, skyscrapers are symbols of things like wealth, power, and growth – and they tend to rise in places where there’s high demand for space.

China has constructed nearly 1,100 skyscrapers over 200 metres tall. It’s followed by South Korea with 86, Malaysia with 61, and Indonesia with 48. But India has just 24 and only a couple buildings even close to 300 metres under construction.

Instead, the country tends to build outwards and historically there are few reasons for that. One is infrastructure.

With such a large population, India experiences frequent power outages – especially during the hotter months when demand for electricity is high, and many of its cities often grapple with access to clean water.

Now, the availability of power and water are important for skyscrapers. High rises consume more than low-rise buildings so it’s essential that the surrounding infrastructure can support them.

That’s part of the explanation, but really there’s an even bigger culprit behind the country’s short skyline: a building code mandated by the government that’s been in place for decades.

The FSI is the ratio between the total amount of floor space a developer can construct to the plot of land that floor space is being built on. It determines the total area that’s allowed to be built across all floors.

Shirish Patel, a civil engineer, explained what this means with a little bit of maths.

"So if you have a plot of one hectare and an FSI of one, let us say then you can build one hectare of floor space, which would be if your footprint is halfway there, you can build ground in one upper. Half a hectare on the ground floor, half acre on the first floor. That makes one hectare, which is a great area multiplied by the efforts."

The lower the FSI number, the lower a building’s volume and floor space can be. According to urban planners, this tool should be used in a way that does not create scarcity of land.

It can help to reduce land cost per unit in areas where the price of land is expensive or limited.

Now several cities have these building codes for height restrictions in place – but India’s are stricter than most countries with similar profiles.

Take a look at Mumbai. 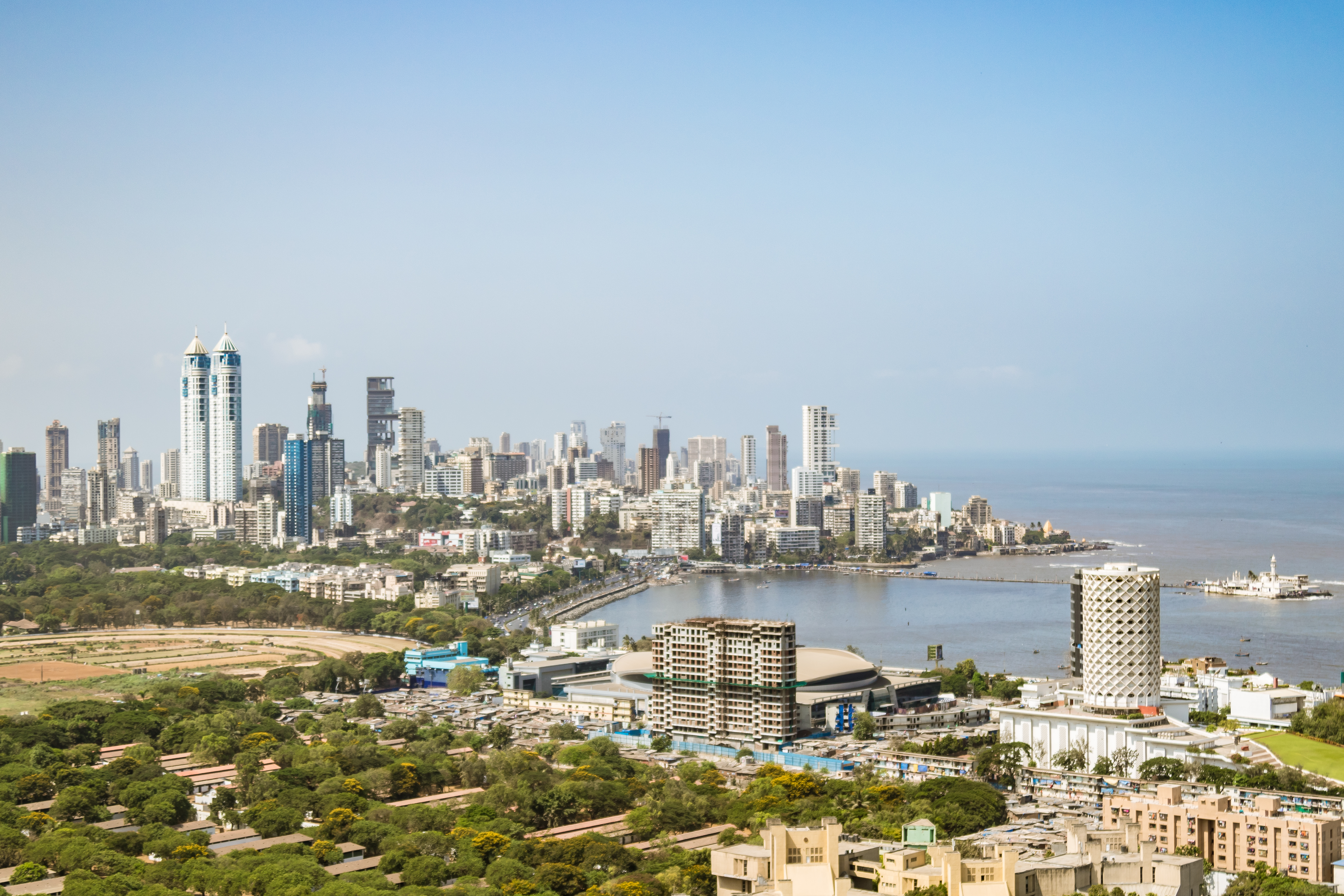 Above: Compared to other similar cities, Mumbai has shorter and fewer skyscrapers.

In 1991, in an attempt to limit new construction and keep migrants out, Mumbai introduced an FSI of just 1.3.

To give you a bit of context on just how low that number is in New York, Manhattan has an average FSI of 15 and India’s nearby Asian cities are just as high or even higher. Hong Kong’s FSI is up to 12, Tokyo’s is 20, and Singapore's is a staggering 25.

Horizontal growth in Mumbai is limited due to its geographical location on an island, but the low FSI limits it even further.

It wasn’t until 2022 that Mumbai loosened restrictions. But only slightly. Now the FSI ranges between 2.5 and 5 depending on the exact location. Other cities across India have similar or even lower numbers.

The country cites ‘health and safety considerations’ for these restrictions. It’s also an attempt to reduce the number of people living in one area and control the scale of development.

But according to urban planners, a stricter FSI doesn’t really solve those issues.

"The biggest misconception about density planning is higher FSI equals higher population density, which is not true." said Vani Herlekar, an urban planner. "You can have very tall buildings with one nice floor, one flat apartment by floor and only so many people living. And you will have a rising tide of even which are completely low lying slums. But the population density is super high."

The outcome of these notions has a big impact on the country – and it goes far beyond the lack of some impressive skyscrapers.

"The one biggest consequence is affordability. If you don't add some space where people want to live, then the limited floor space becomes super expensive," said Herlekar. 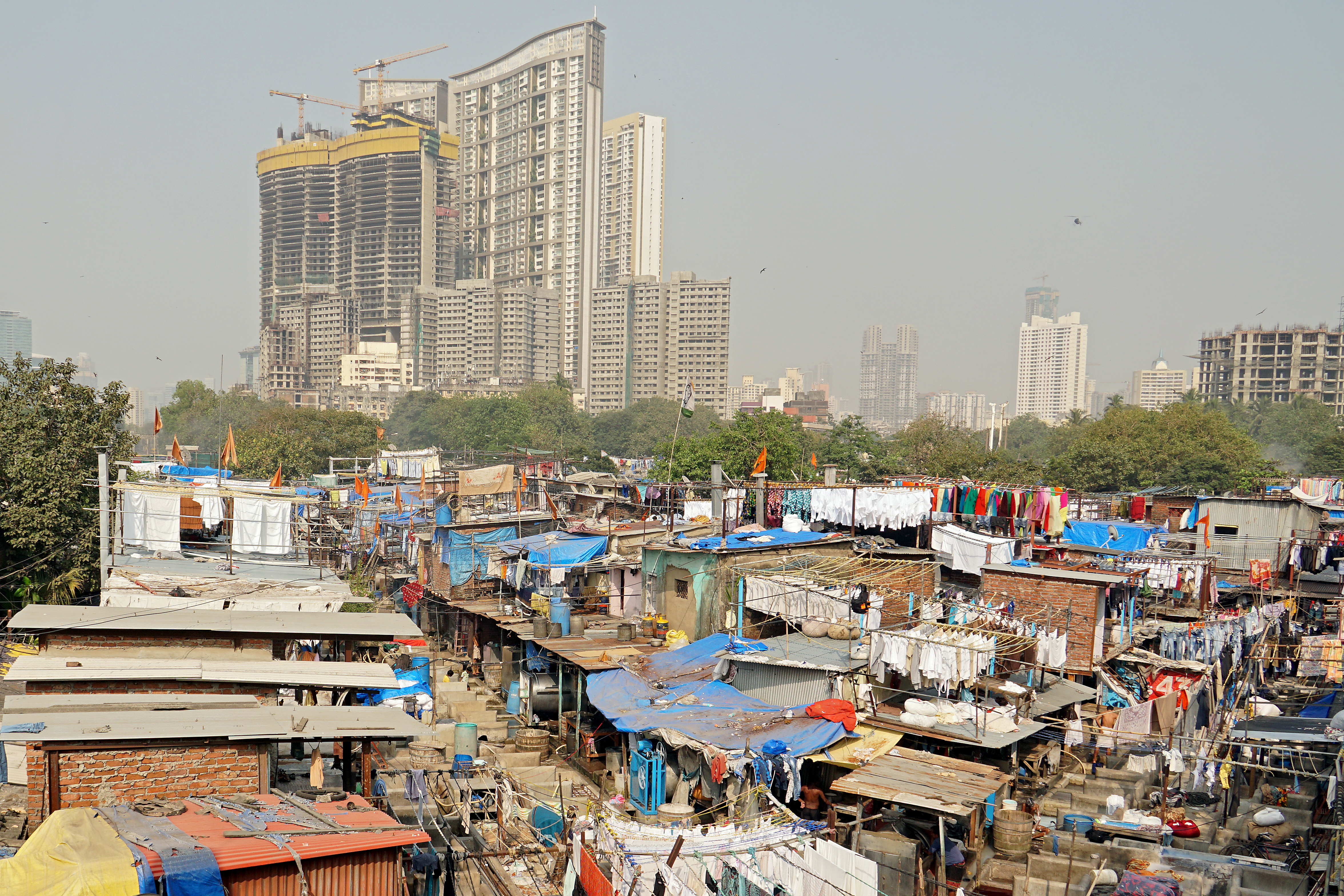 With so many job opportunities in places like Mumbai and Bangalore – people have been flocking to these city centres. But with lower FSIs and higher populations, developers can’t keep up.

"If you don't accommodate people in more compact footprint closer to the city center, but people want to be in cities. work, in cities you want spread outwards. So you will spread horizontally. You will have to construct more roads leading out, which means more emissions, which means more people coming in," said Herlekar.

But it would also have to be accompanied by investments in mass transportation, roads, and other vital infrastructure networks.

But while loosened FSI restrictions and more skyscrapers could help address some of India’s urban challenges, the general population might not be on board with the idea just yet.

"People do have a negative connotation of skyscrapers and density. " stated Herlekar. "Because the one or two buildings that come up, which are high density they come up in an area with poor infrastructure, no green spaces."

Though it’s just a small increase, the recent change in Mumbai’s FSI could indicate a taller future for the city’s skyline and better managed population density. Development has rapidly increased in just the last few years.

In 2022 alone, 31 skyscrapers are expected to be completed in India – 27 of them in Mumbai, reaching heights of around 200 metres and mostly offering residential space.

"I think if we continue to have these debates and if we embrace higher density taller living, I think it can enrich quality of life in cities like Mumbai, especially. More cities will start building, the technology will become cheaper. Construction costs would also align," stated Herlekar.

But if the country builds further into the sky, and invests more in its infrastructure, then its urban housing crisis could start to ease – and Mumbai could have a brand new skyline.

Video presented and narrated by Fred Mills. Additional footage and imagery courtesy of  Mihir Patilhande, CNA, and The Dronalist. We welcome you sharing our content to inspire others, but please be nice and play by our rules.