The Tallest Skyscrapers Under Construction in 2020

SKYSCRAPERS have come to define our cities.

Steadily evolving since they first emerged in the late 19th century, these incredible structures now appear in almost every major urban centre on Earth.

Despite global events disrupting construction progress in 2020, works are continuing on many new towers around the world.

Breaking conventions, challenging their engineers and often courting controversy; these are the tallest skyscrapers currently under construction on each of the six inhabited continents.

Topping out in 2019, Central Park Tower on New York’s Billionaires Row remains unchallenged as the tallest skyscraper under construction in North America in 2020.

Despite the opening of the seven-story Nordstrom flagship store at its base and its façade largely complete, work was temporarily suspended in March due to the coronavirus outbreak. 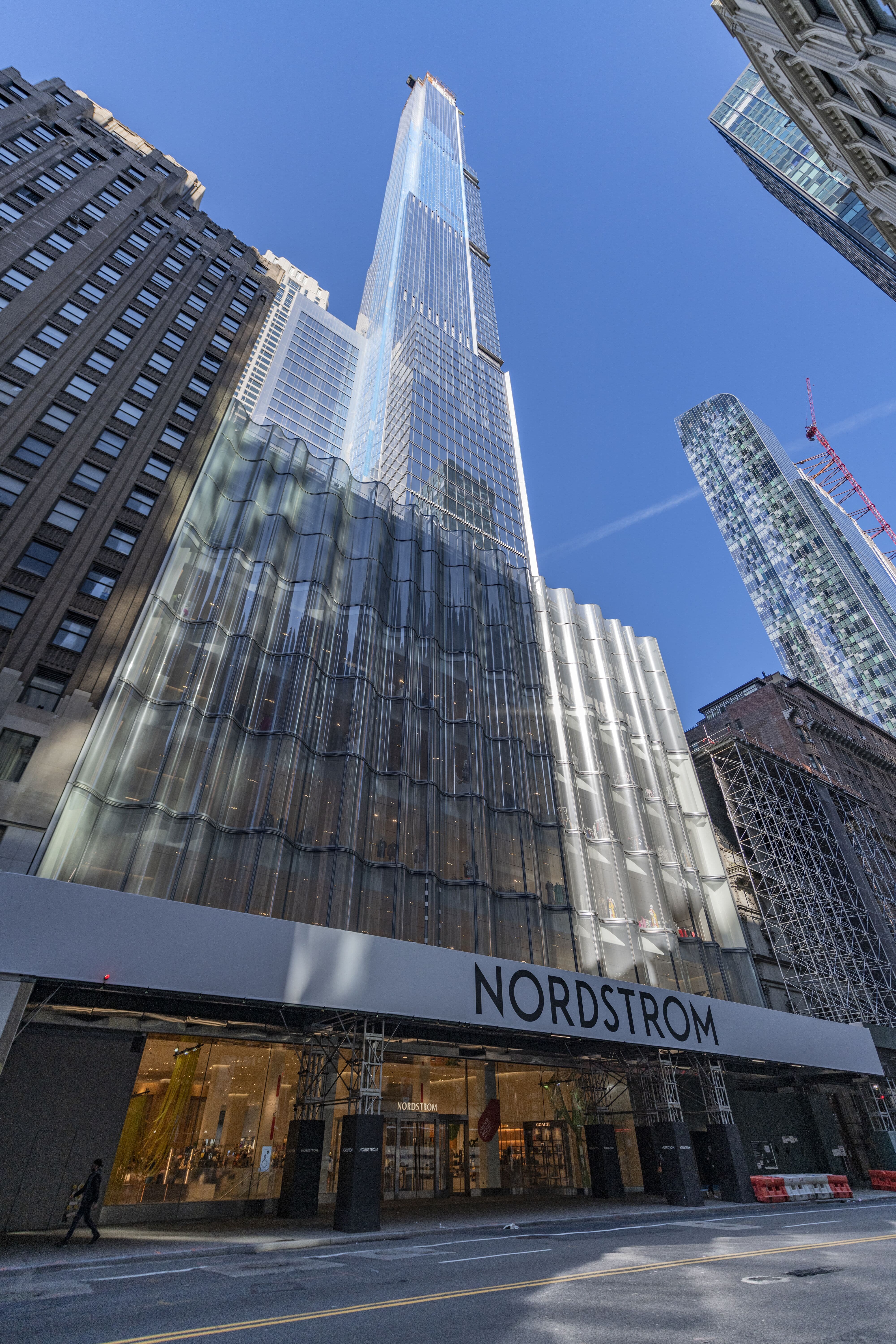 Above: Work on Central Park Tower has paused due to the coronavirus pandemic (image courtesy of Tectonic).

When the site fully reopens, work on the tower’s 179 apartments will continue with completion now likely pushed back to 2021.

With few new proposals on the horizon and with the US economy hit particularly hard by the pandemic, the completion of Central Park Tower and the neighbouring 111W57 will seemingly mark a pause in the super-slender skyscraper phenomenon which has transformed the Midtown skyline in recent years.

Dominating the skyline of Brazil’s tallest city, the twin-towers of the Yachthouse Residences Club in Balneario Camboriu, remain the tallest skyscrapers under construction in South America.

Rising as hollow concrete structures since 2014, the towers have recently begun to take on their final form as glass installation makes its way up the levels. 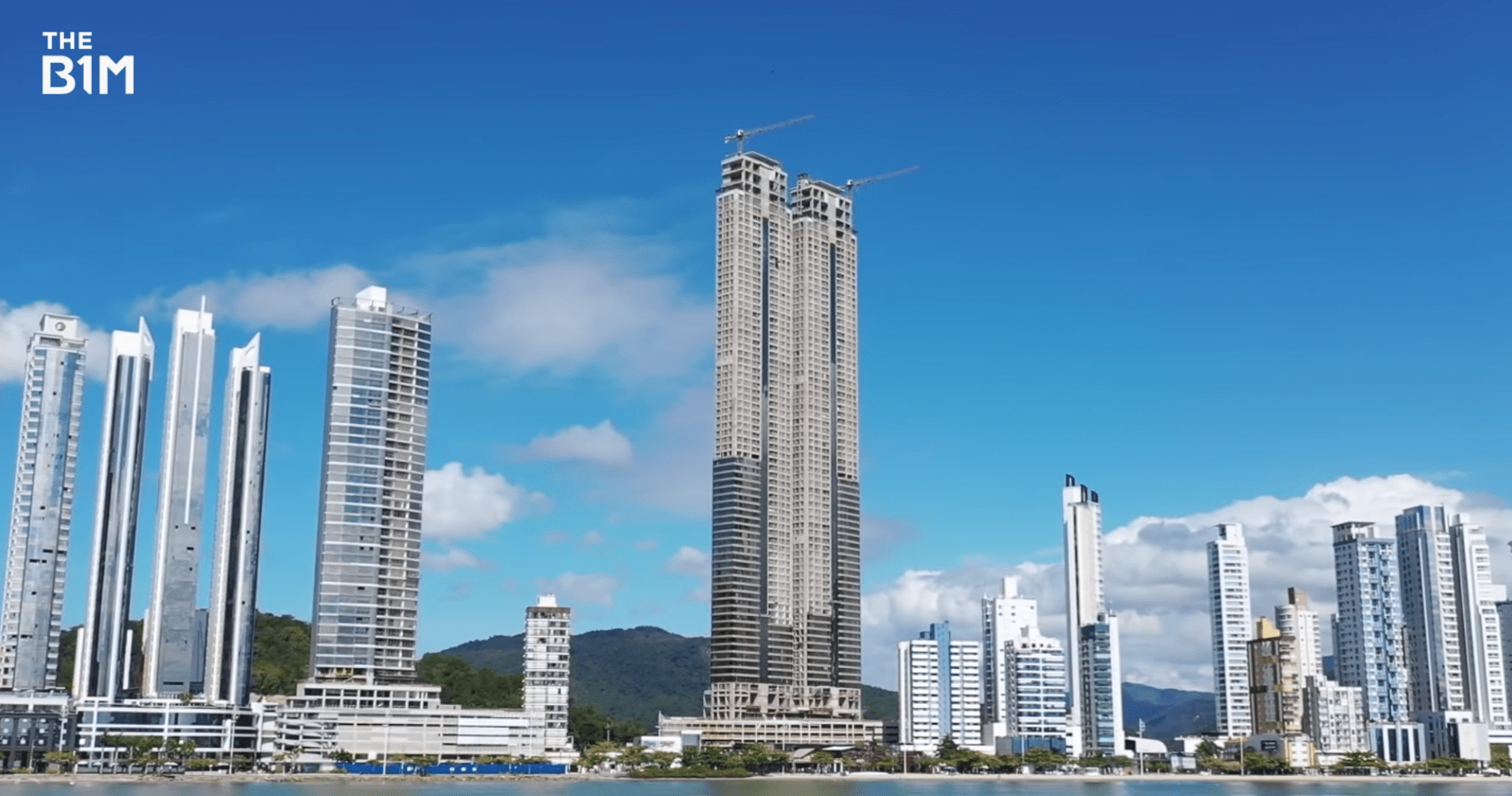 Above: The twin towers at the Yachthouse Residences Club remain the tallest skyscrapers under construction in South America for another year (image courtesy of JC Drones).

With their superstructures completed in 2019, the towers had been due to welcome residents in late 2020. But with the pandemic hampering progress, this date has been pushed back to 2021.

With the long-delayed Akhmat Tower officially put on hold in late 2019, the title of Europe’s tallest skyscraper under construction moves to Moscow and the 405-metre One Tower.

With its narrow site demanding a slim, tapering design, the 108-storey structure is set to contain a shopping centre and commercial space at its base, with high-end residential apartments in the tower above. 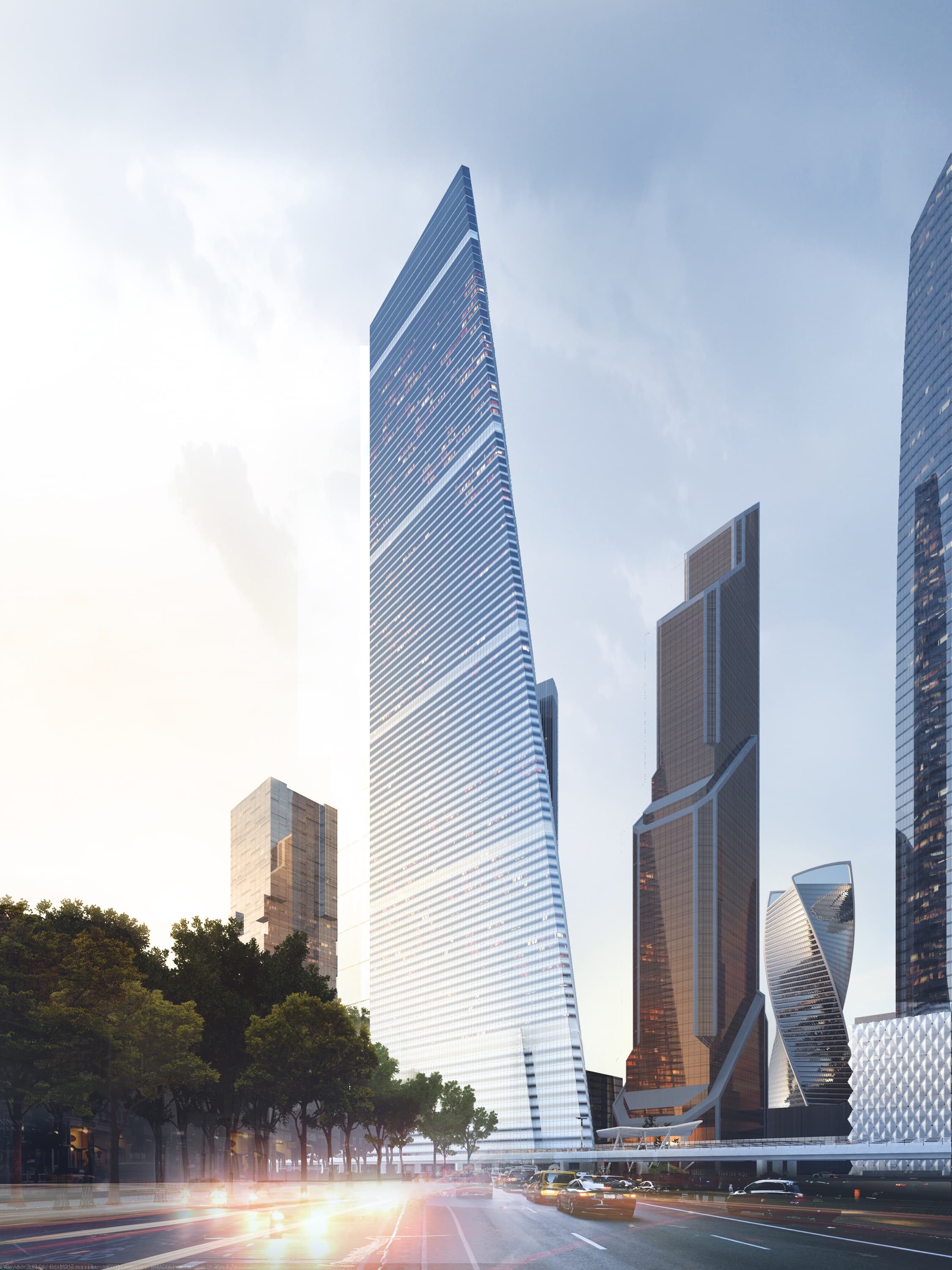 Above: Moscow's One Tower is currently in the early stages of construction (image courtesy of Sergey Skuratov Architects).

Currently, in its early stages, the collapse in oil prices and the pandemic were a double-blow to Russia’s economy and the future of the project now looks less than certain.

While it will likely be some time before an official announcement is made, the situation is reminiscent of the Russia Tower, which was at a similar stage of construction during the onset of the 2008 global financial crisis. That project was cancelled in the ensuing economic downturn.

Eclipsing Nairobi’s Pinnacle Tower, which was placed on-hold in 2019 due to ongoing legal disputes, Egypt's 385-metre Iconic Tower is now the tallest skyscraper under construction in Africa.

Located in the country’s as-yet-unnamed new administrative capital east of Cairo, the tower is set to form the centrepiece of the USD $58BN city and will become the tallest skyscraper on the continent once completed. 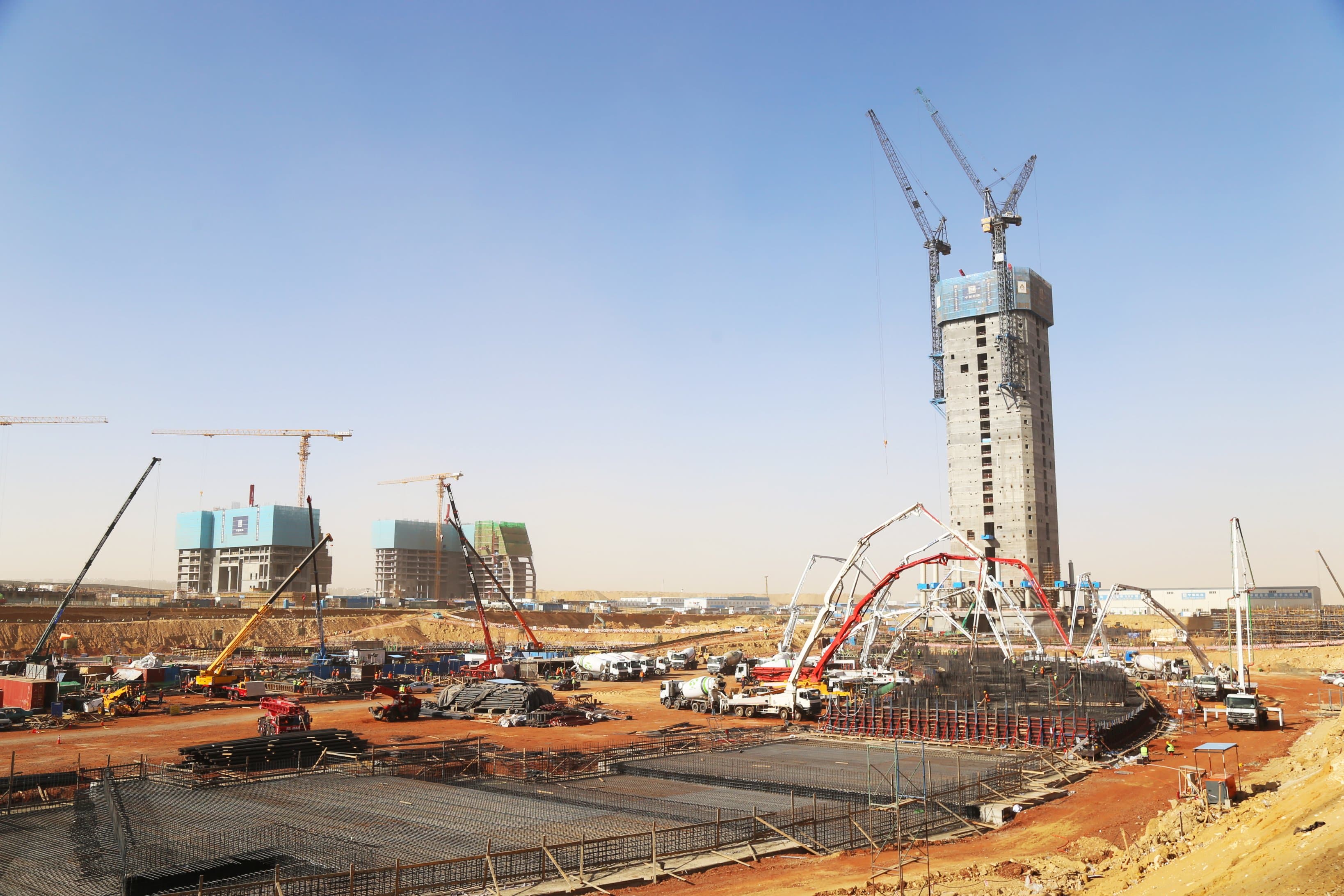 Built alongside 19 other high-rise structures in the business district, the Iconic Tower’s core now stands more than 100 metres tall and is fast becoming the defining feature of the new city.

The introduction of strict social distancing measures on the site has allowed work to continue through early 2020 and the project still looks set to meet its 2022 completion date.

Though persistent rumours of a re-start mean that the Council on Tall Buildings and Urban Habitat (CTBUH) have yet to officially place Saudi Arabia’s Jeddah Tower on-hold, no significant work has occurred since early 2018.

As such, we are moving the title of Asia’s tallest skyscraper under construction to the 644-metre Merdeka PNB118 in Malaysia. 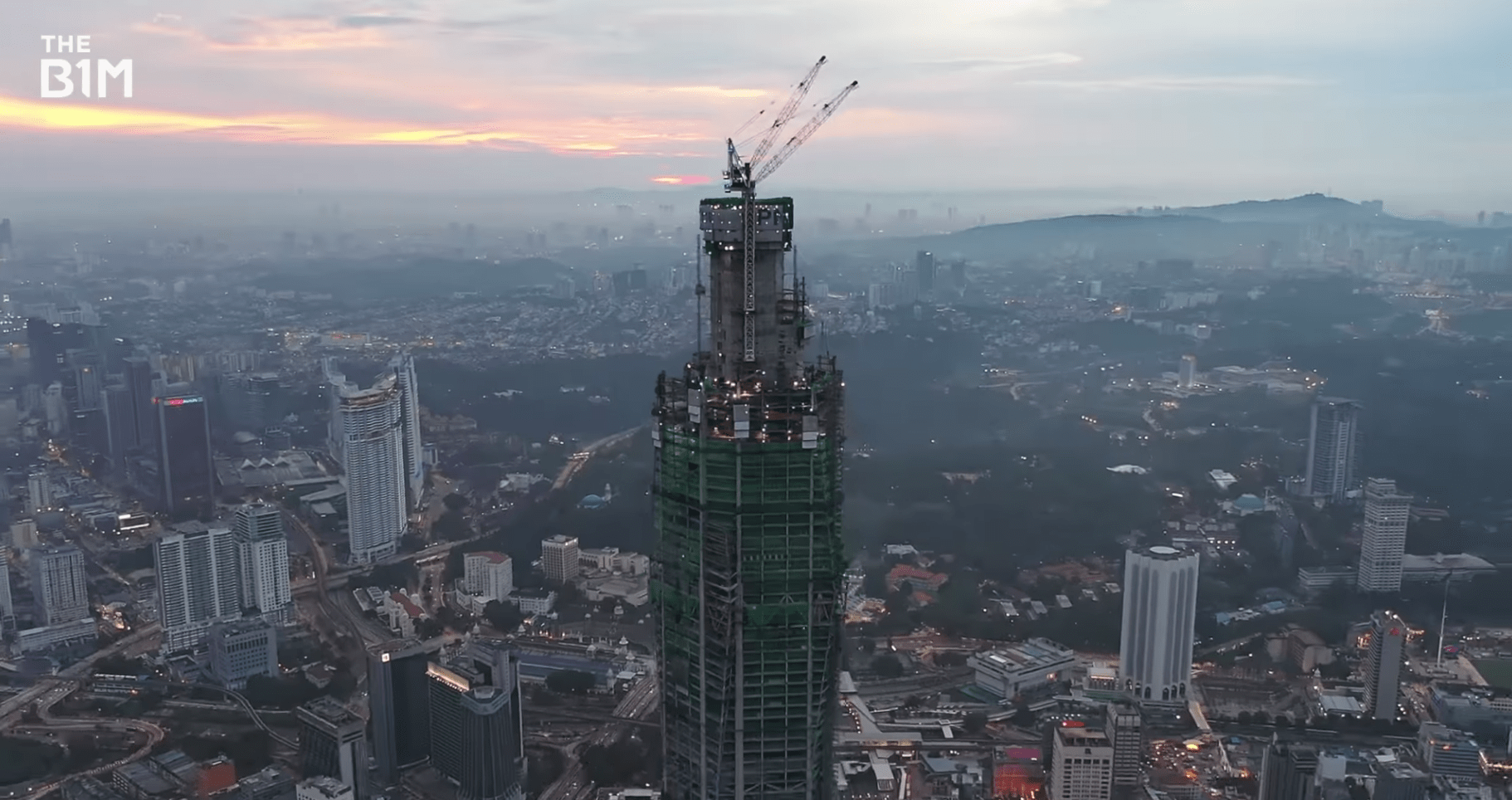 Above: Merdeka PBN118 is currently the tallest building under construction anywhere in the world (image courtesy of Styfly Studio).

The 118-storey mixed-use tower - that is also the tallest skyscraper currently under construction anywhere in the world - is set to contain apartments, offices, a hotel and one of the world’s highest observation decks.

Despite work on the tower being temporarily suspended in the spring of 2020, work is starting to resume as the country’s lockdown measures are eased.

With construction already up to the 111th-floor, work will soon begin on the building’s 144-metre spire - an addition that will see it controversially over-take Shanghai Tower to become the second tallest building in the world.

Holding the title for another year, Melbourne’s Australia 108 is fast approaching completion.

As temporary screens and supports for the dramatic starburst are removed, the tower’s distinctive silhouette is now being revealed. 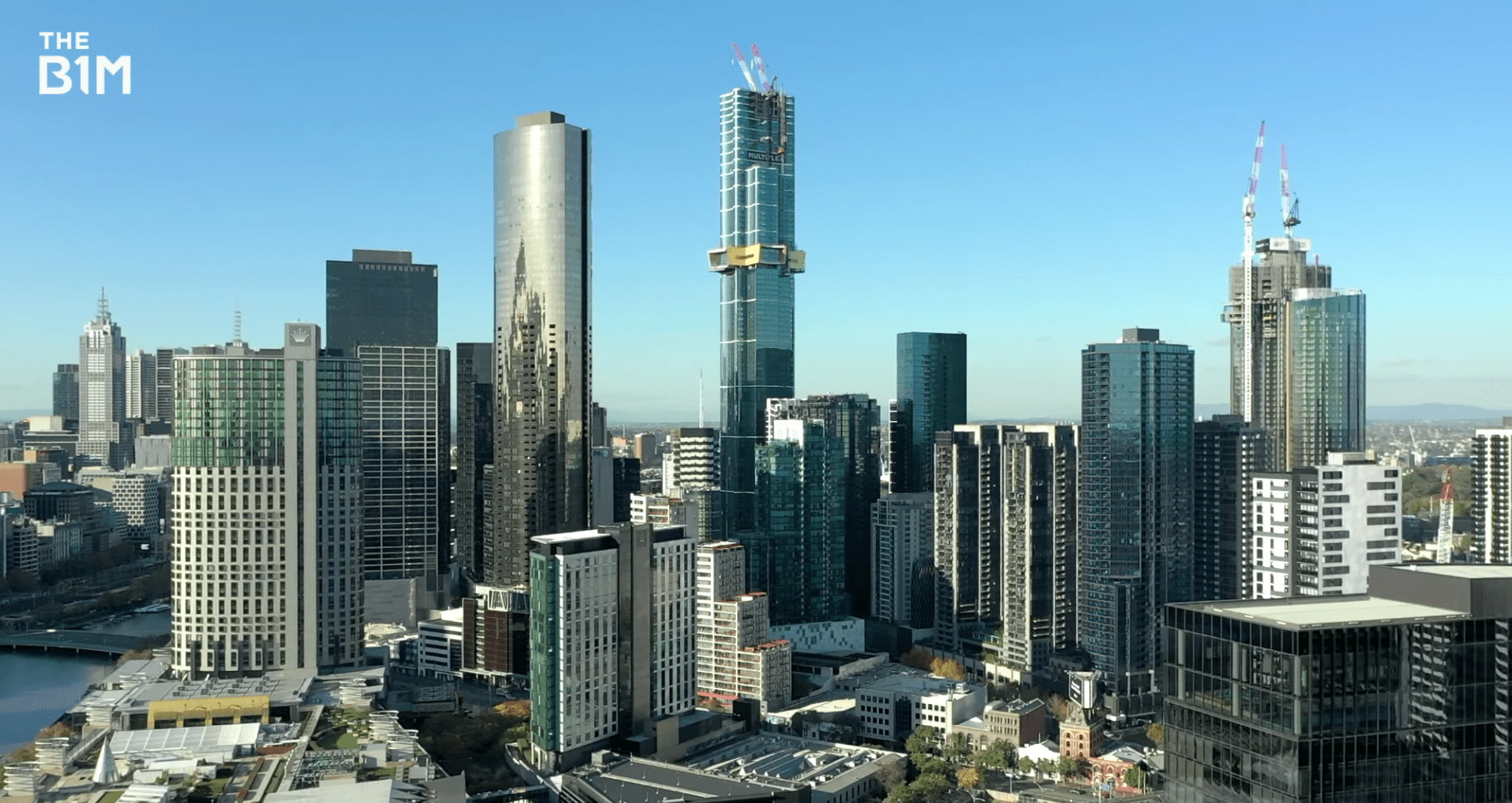 Largely finished externally, testing on the final strips of LED lighting that ascend the tower is now underway giving the building a striking appearance both at day and at night.

With Australian construction sites able to continue working albeit at a reduced capacity, Australia 108 remains on track to complete by the end of 2020.

The Tallest Skyscrapers Under Construction in 2019