AS we first reported last year, works to the Rogfast tunnel - a crucial southern link in Norway's vast E39 highway project - are currently underway. Now, construction progress and an insight into the project's operations has been revealed in a video produced by Volvo Construction Equipment (Volvo CE).

The tunnel in fact consists of two tubes, which are connected every 250 metres with emergency exists. An emergency lay by every 500 metres will ensure that traffic can flow through the tunnel in the event of vehicle breakdowns. 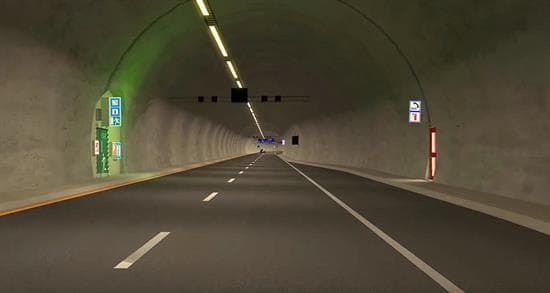 Above: The tunnel consists of two dual carriageways with a number of emergency exists and lay-bys (image courtesy of Stantens vegvesen).

Given the length and the depth on the tunnel - its deepest point is 390 metres below sea-level and some 92 metres below the sea-bed - engineers are proceeding with extreme caution, scanning the bedrock in front of them to check for cracks or weak spots. 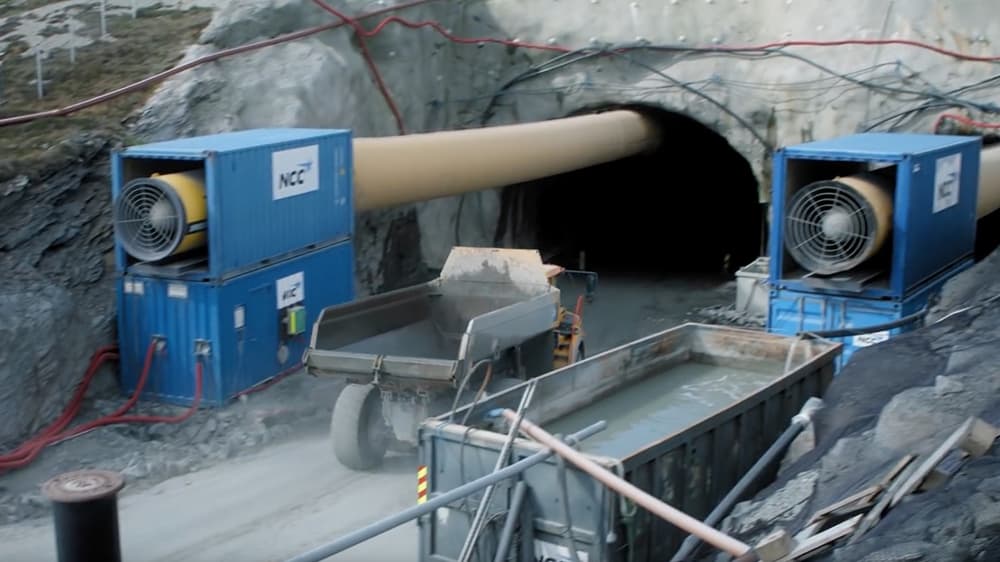 Above: The tunnel is being excavated using more conventional methods, as the rock is too hard for a TBM (image courtesy of Volvo CE).

The gneiss rock type encountered by the project team is extremely hard, so the tunnels are being excavated rather than with tunnel boring machines (TBMs).

Above: The new E39 will replace the ferries that currently operate along Norway's west coast (image courtesy of Volvo CE).

The E39 project will cut journey times from Kristiansand to Trondheim on Norway's west coast from 21 hours down to just 11 hours.

The Rogfast tunnel under the Boknafjorden is the first large project on the southern section of the new highway. 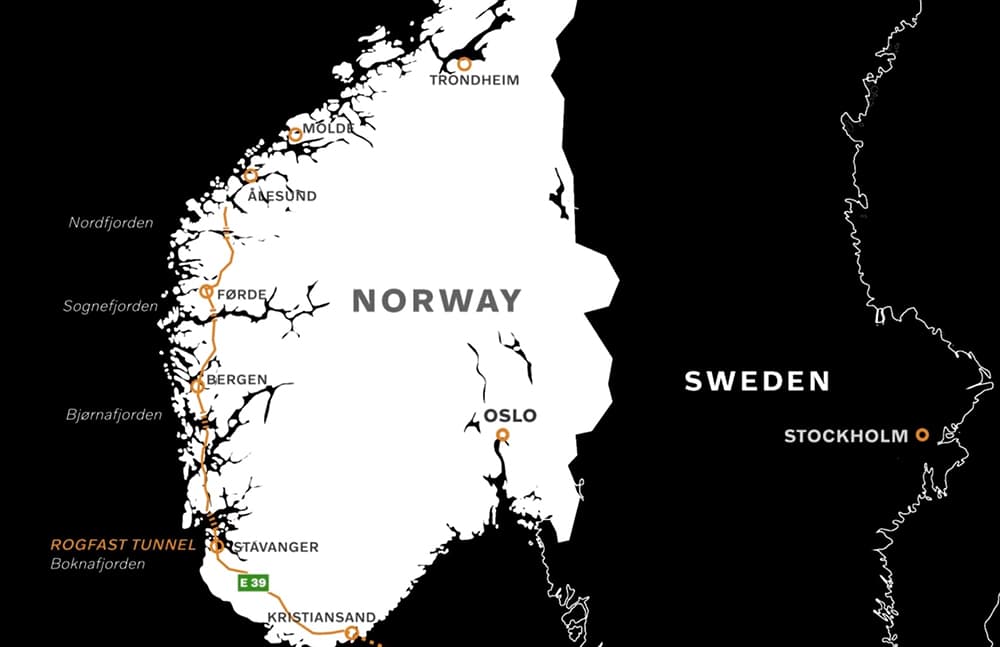 Above: A map showing the Rogfast tunnel on the E39 highway (image courtesy of Volvo CE).

Other crossings, that have to overcome even deeper fjords, are currently being planned as floating bridges or submerged sea-tunnels. The whole project is expected to complete around 2050.

You can watch The B1M's acclaimed documentary on the E39 project here:

The Micro Apartment for a Family of Five