THIS $22BN SCIENCE EXPERIMENT could be the most important construction project of our time.

Scientists and engineers from 35 nations have all come together to build a massive 23,000-tonne nuclear fusion rector called ITER (International Thermonuclear Experimental Reactor). An immense amount of time, resources and money has gone into making this machine a reality. If it works, it could mark the start of a new era in clean, limitless energy production.

But there’s a catch.

The nuclear reactors you may be familiar with use a process called fission, where atoms are split apart and energy is released in the form of heat and radiation. That’s the same process that powers the atomic bomb, and the nuclear power plants we have today. It’s driven by elements like uranium and plutonium, which can be hard to get hold of, and end up as dangerous nuclear waste. 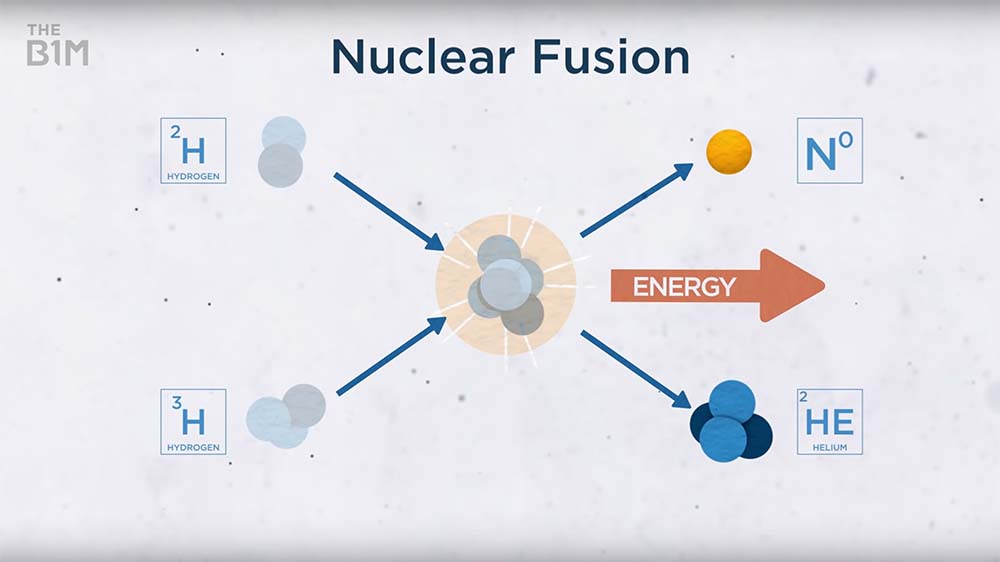 Above: The process of nuclear fusion combines atoms, while nuclear fission splits them apart.

Nuclear fusion, however, is the process by which atoms are fused together using elements that are abundant on Earth, like the hydrogen isotopes you can extract from water. The heat generated from nuclear fusion reactions can be used to produce steam that can power turbines and generators to create electricity. Once you can do that, you kind of have an unlimited supply of carbon-free energy that isn’t dictated by whether it’s sunny or windy.

The problem is, achieving efficient, scalable nuclear fusion here on earth is still really hard to do.

You need a machine that can withstand temperatures ten times hotter than the core of the sun and twice the force required to launch a space shuttle. That’s all to say, this thing has to be really, really durable – and that’s where the immense challenge of engineering comes in.

The ITER machine, called a tokamak, will be the largest and most powerful fusion device in the world, with one million components and ten million parts. Those parts are made and assembled by ITER’s member countries and then shipped here to this 445-acre site in France. It’s kind of like assembling a lego kit … just ten million times more complicated.

With so many heavy components needed to make the machine, 104 kilometres of roadway have been specially modified into something that’s now known as the ITER Itinerary. The team has built bridges, modified roads and even gets police convoys to move their parts to the massive assembly hall. From there, parts are assembled and then moved up and overhead to the reactor. 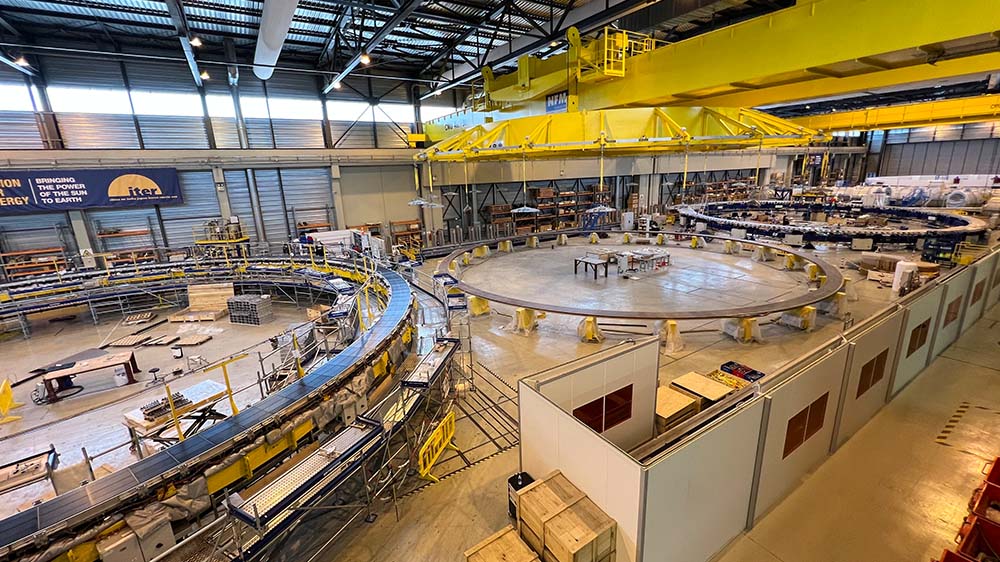 Above: The ITER tokomak will be constructed of roughly one million parts. Image courtesy of Fred Mills.

ITER really is the ultimate construction project. If you thought getting one national government to build an infrastructure scheme was hard, try doing it with 35 different nations - all with different languages, cultures and building practices.

It’s a pretty nuclear level of project collaboration, and tools from Thinkproject are helping to make it all happen.

Behind all the concrete, magnets and metal there’s a lot of different people building, shipping and assembling millions of specialised parts. And all of those different people contributing to ITER need contracts to get paid and make sure their work is being accounted for. Thinkproject manages contracts for nearly 400 users across 30 organisations and 35 nations.

It’s not the most glamorous part of the project, but it’s the glue that keeps the whole thing together.

The future of fusion

The immense project is scheduled to first power on in 2025, when they’ll hope to create plasma. Eventually, the goal is to create — at least for a few seconds — what scientists call “net energy,” where more energy is produced than is used.

Once that small-task is done, the next challenge will be to actually funnel the energy made through fusion into our existing power grids. But that’s still a couple of decades away, and will likely be taken up by other reactors. 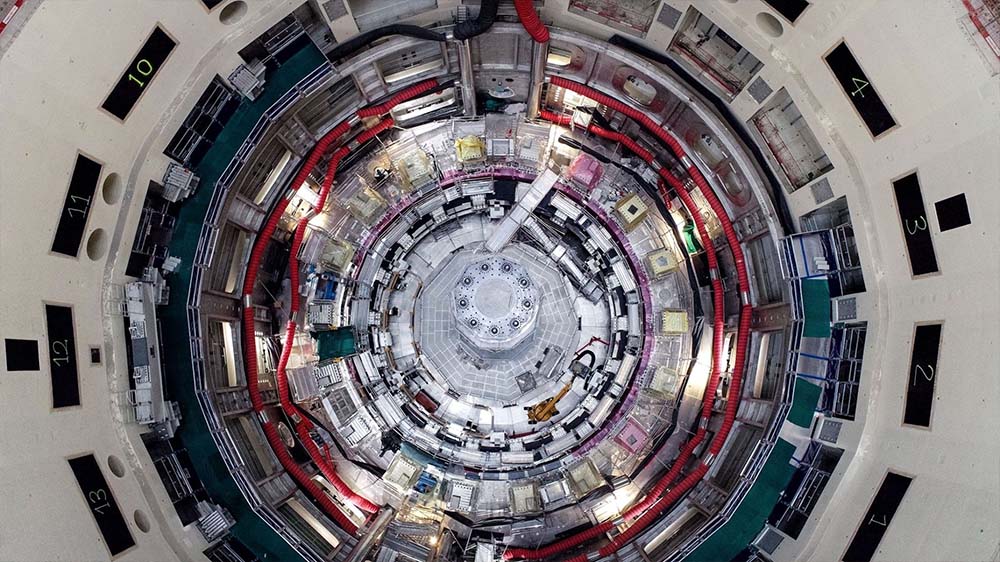 Above: ITER will be the world's largest nuclear fusion reactor. Image courtesy of ITER.

ITER isn’t the only group trying to harness the power of nuclear fusion. A growing number of coalitions and private companies are racing to figure out how to make fusion power commercially viable and competitive with the price of fossil fuels. The US Infrastructure Bill has a number of provisions for nuclear energy research and production.

Once someone cracks the code, commercially scalable carbon-free energy production would dramatically reduce the world’s dependence on fossil fuels. And in decades to come, this project might be seen as the birthplace of a new kind of energy for our planet.