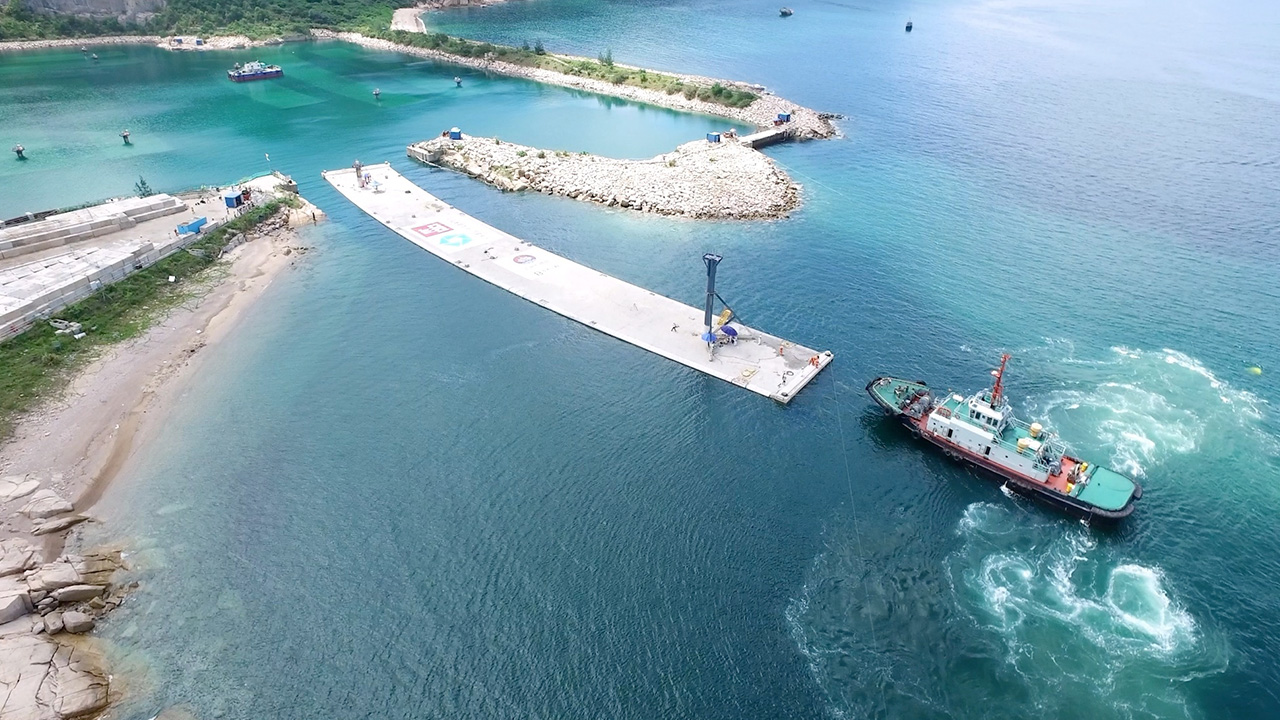 Infrastructure – it might be the one thing Americans can actually agree on.

All across the country roads, bridges, trains, water supplies and energy grids are failing. And it’s something US presidents have vowed to fix for decades.

Now, some of those promises might finally be delivered with the passage of this massive 2,700 page, $1.2 trillion infrastructure bill.

“America on Main Street and at the dinner table is talking about infrastructure, when 20 years ago, they didn't even know what that meant,” upcoming president elect of the American Society of Civil Engineers Maria Lehman said.

So how did we get here, what makes this moment different, and will the plan really be enough to save America’s crumbling infrastructure? 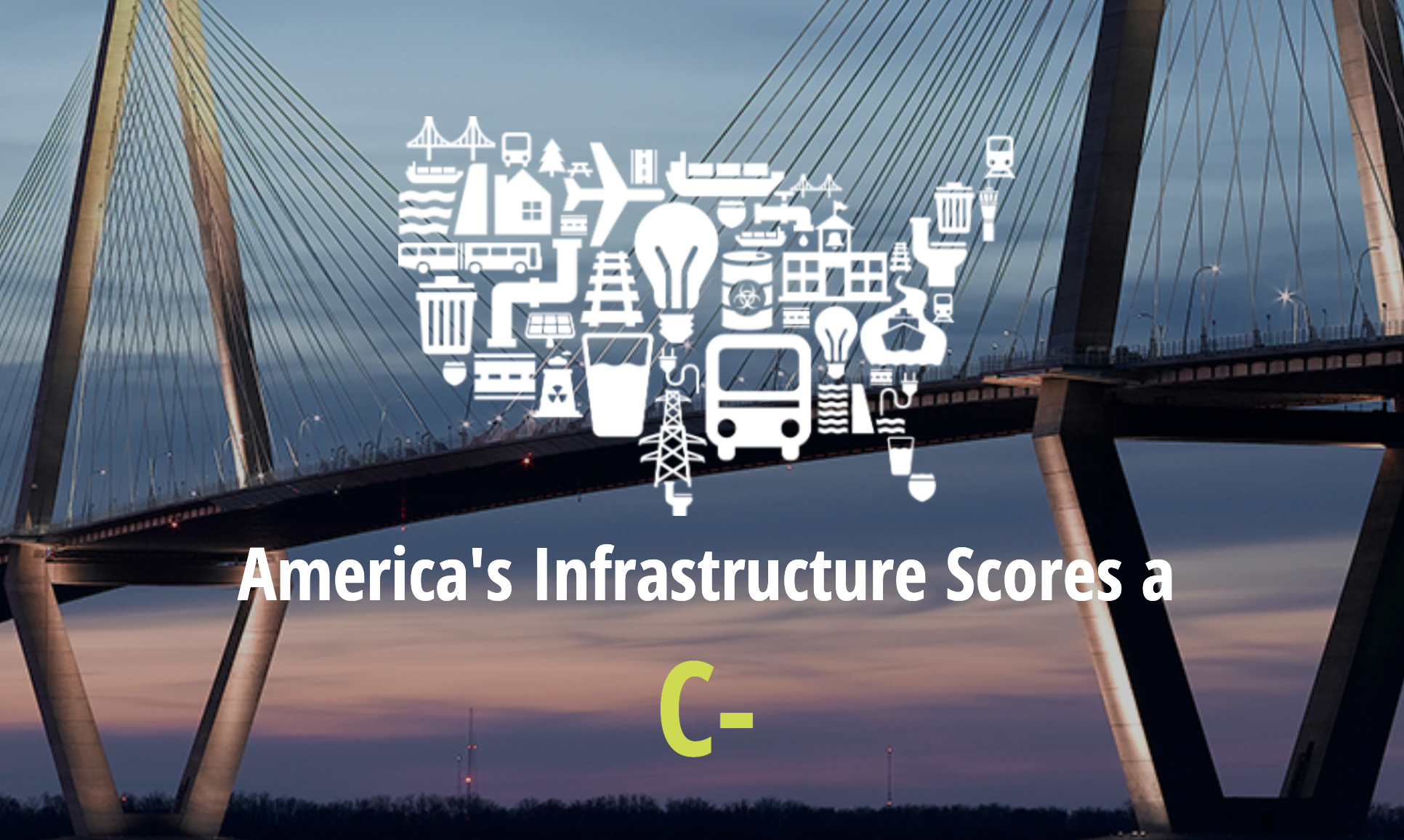 Above: America's infrastructure score was a C- in 2021. Image courtesy of the American Society of Civil Engineers.

In 2021, the US got a C- on the American Society of Civil Engineers Infrastructure Report Card.

For those of you less familiar with the American grading system, that’s… not great when you’re talking about the systems that underpin the daily lives of hundreds of millions of people.

“There's been a lot of excuses because things systemically haven't been failing, but they're now getting to the point where the infrastructure is impacting everyday Americans every day, they're seeing the problems," Lehman said.

To understand how we got here, you need to know how infrastructure gets paid for in the US

It varies by project, but typically some money comes from the federal budget, which is controlled by Congress, and the rest is covered by state and local governments or private companies.

That’s different from European countries who primarily fund their infrastructure development through their national government.

According to a Brookings analysis, federal infrastructure spending in the US peaked in 1933 as FDR invested in the New Deal after the Great Depression. 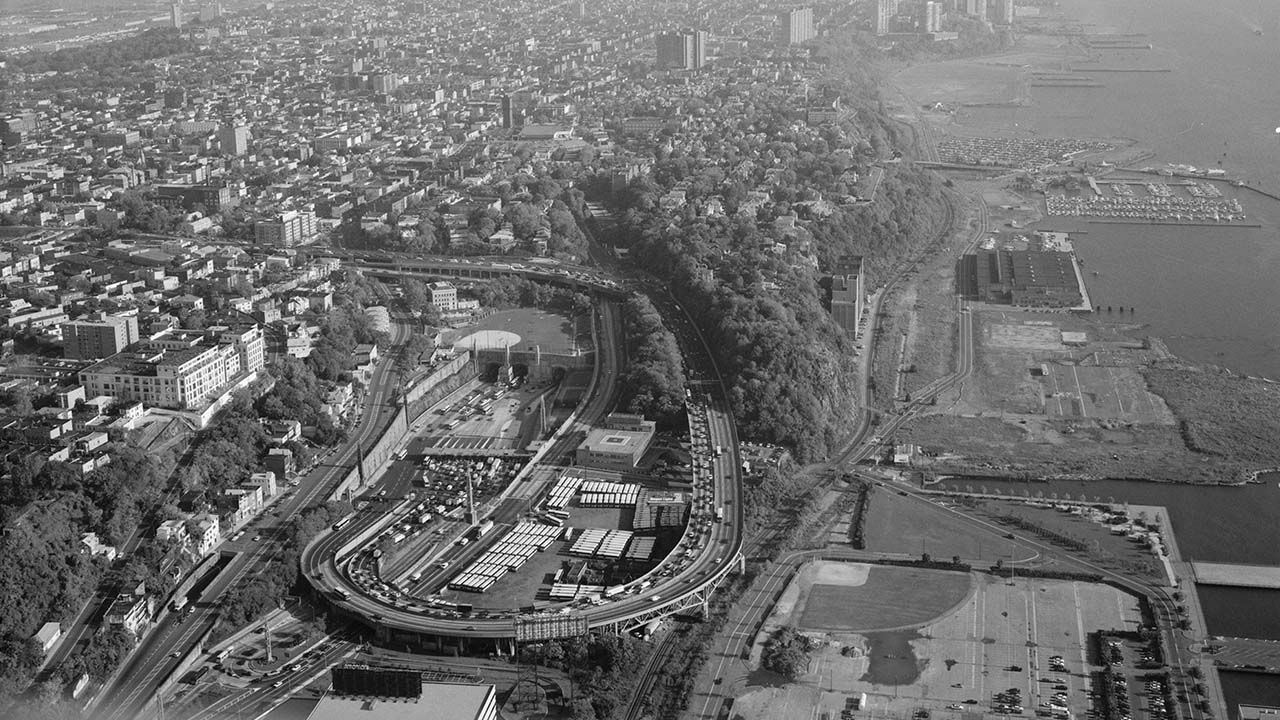 Above: The Lincoln Tunnel. Image courtesy of Library of Congress

That gave rise to programs like the Public Works Administration and projects like the Hoover Dam, Laguardia Airport and the Lincoln Tunnel. It also tackled some less iconic, but crucial upgrades, like rural electrification and municipal water systems.

Economists say that investment in infrastructure helped lead the country towards economic success in the years to come.

“You cannot build a modern economy on a crumbling infrastructure," Lehman said.

There was another spike in federal spending in the late 1950s during the Interstate Highway Era. And again in the 1970s when more comprehensive environmental and community development efforts were introduced.

But since the 1980s, infrastructure has made up less and less of US federal funding.

Today, only a quarter of public infrastructure funding comes from the federal government, leaving already struggling state and local governments to cover more of the costs and maintenance. 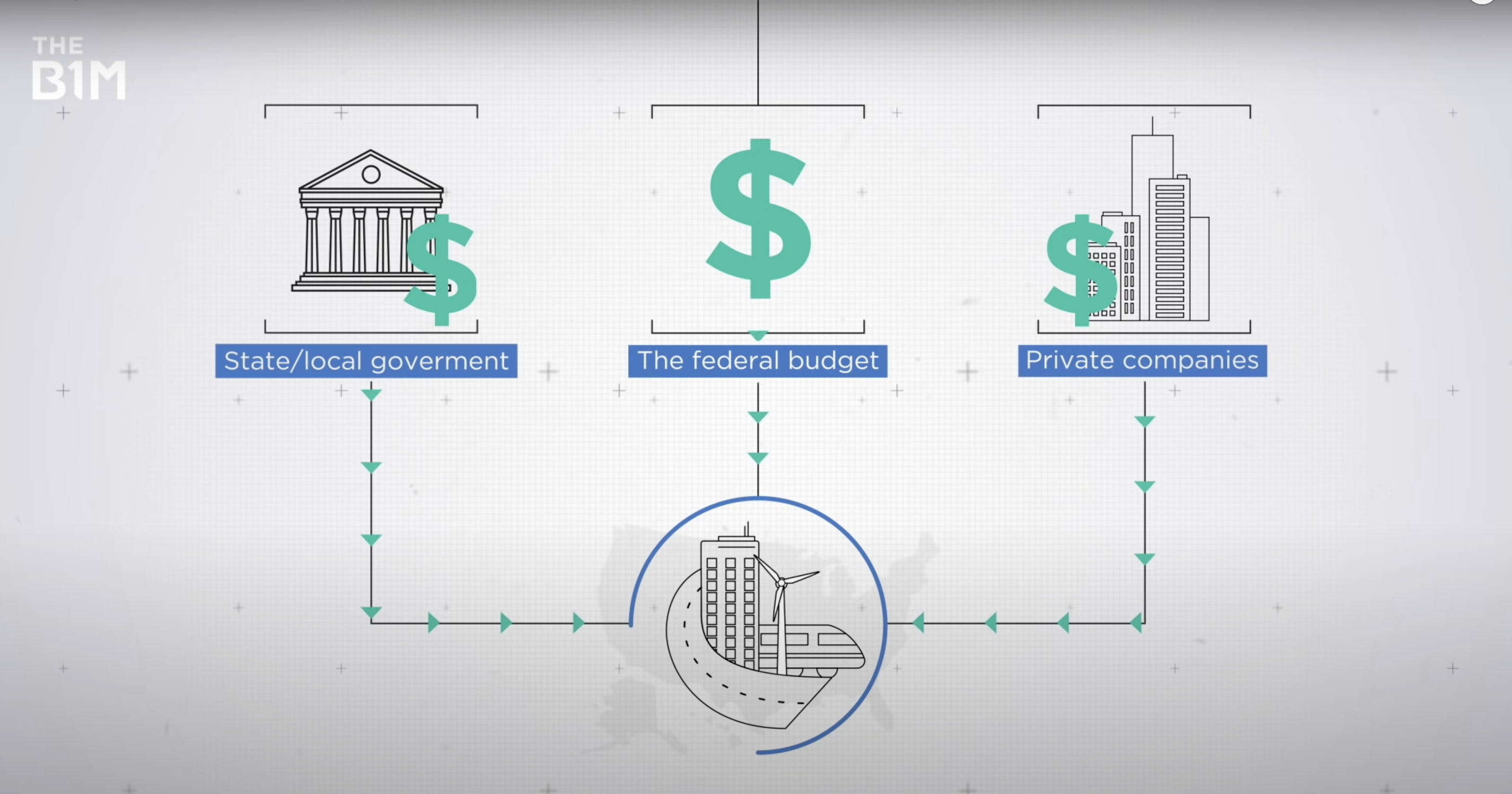 Above: Infrastructure in the US is paid for by a mix of federal funding, state and local governments and private companies.

Globally, the US has fallen behind other countries. G20 countries' projected infrastructure spending by 2040 shows China leading the pack, with just over 5% of its GDP going towards infrastructure, according to the Council on Foreign Relations. The US spends just 1.5%.

This new $1.2 trillion infrastructure package would be the largest investment in decades, but not quite as big as the spending under the New Deal.

Now that we’ve put this incredibly thrilling and easily digestible bill in context, let’s get into what’s actually in it.

Remember, it’s 2,700 pages long so we can’t cover it all, but let’s start with the basics.

Every two minutes a water main breaks in the US, and roughly 6 billion gallons of treated water is lost every day, according to the ASCE Infrastructure Report Card. That's enough to fill over 9,000 swimming pools.

Meanwhile, safe drinking water isn’t a guarantee. Water quality in the US varies from state to state, county to county, and can even depend on which street you live on.

That includes $15 billion to replace lead pipes and $10 billion to address contamination from a chemical compound called PFAS, which is still technically legal to have in drinking water.

In recent years, widespread power outages have become more common. Blackouts are estimated to cost the US economy billions of dollars every year.

To address this, the bill puts forward $65 billion to improve the nation’s power grid, and invest in things like carbon capture and clean hydrogen.

Only 5% of US commuters use public transit to get to work. The vast majority of people drive cars.

And depending on where you live, that could mean dodging potholes, sitting in traffic jams, or navigating buckling pavement.

According to the White House, 173,000 miles of America’s highways and major roads and 45,000 bridges are in poor condition.

“You’re one bad day away from a collapse where a lot of people die,” Lehman said.

The bill provides $110 billion for roads and bridges, with an extra $7.5 billion set aside to build electric vehicle charging stations. Meanwhile, public transit systems could get $39 billion, and Amtrak would get $66 billion to improve the 50-year-old rail service.

While many of these priorities like roads, bridges and water supplies may seem familiar, this bill represents the first time both political parties have really acknowledged that climate change is taking a toll on the nation’s infrastructure.

Tens of billions of dollars is set aside to address floods, wildfires, and drinking water shortages.

But as we know, a lot can go wrong when it comes to infrastructure. The vision on the paper isn’t always what happens in reality. And these things take time, but the urgency to get things done this time around feels different.

“I think in a matter of a couple of years, you know, there's going to be a lot of orange cones out there," Lehman said

"People are going to see construction in a lot of different areas and we'll see that their money is going to something in their neighbourhood.”

America’s $1.2 trillion plan won’t be enough to solve everything. There’s still a gap of nearly $2.6 trillion that’s needed to catch up to similar countries.

Still, this bill would be a historic investment in US infrastructure and an opportunity for the construction industry to leave its mark on a country for generations to come.