THIS 110-year-old two-track tunnel beneath the Hudson River carries 200,000 people a day – and it’s crumbling.

Between 2014 and 2018, major failures caused 65,000 minutes of train delays. That’s roughly 45 days of commuters stuck on platforms, trains or facing a departure board full of cancellations.

Fixing this relatively humble tunnel between New York and New Jersey has been dubbed one of the most important infrastructure projects in America.

That’s because these delays don’t just impact New Yorkers. The tunnel is a bottleneck for America’s busiest passenger railroad, from Boston to Washington D.C.

When it fails, 20% of the nation’s GDP gets put on hold. If just one track were to close, it could cost the nation $16 billion.

Building a new tunnel sounds like a no-brainer. But first, engineers need the money and political will to get it done. 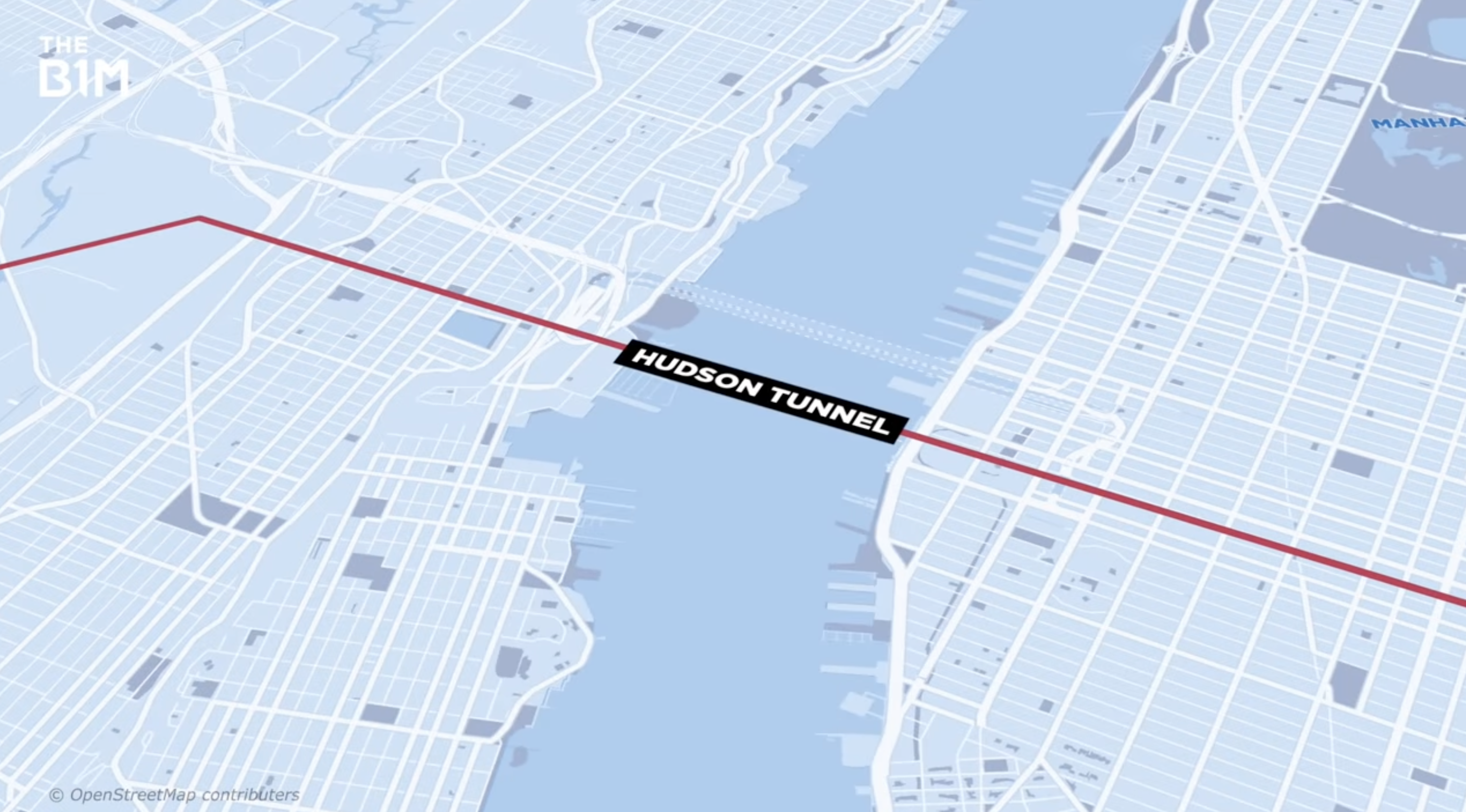 Above: The proposed new tunnel would be constructed beneath the Hudson River between New York and New Jersey.

The North River Tunnel was built by the Pennsylvania Railroad in the early 1900s.At the time, working underground at such intense atmospheric pressure took a physical toll on the workers.

And digging through soft, flowing mud made it difficult to establish a secure foundation for the tunnels. Long before tunnel boring machines, engineers used "tunnel shields" and compressed air to dig out a set of twin tunnels under the Hudson River.

The giant metal shields had a diameter of roughly 15 feet, with holes designed to let silt, clay, sand and gravel pass through as it was pushed through the soft ground.

The air in the tunnel was pressurised, the walls were lined with concrete and they were reinforced by steel rods. Now, use of the commuter tunnel has grown substantially over the years, and natural wear and tear has set in. 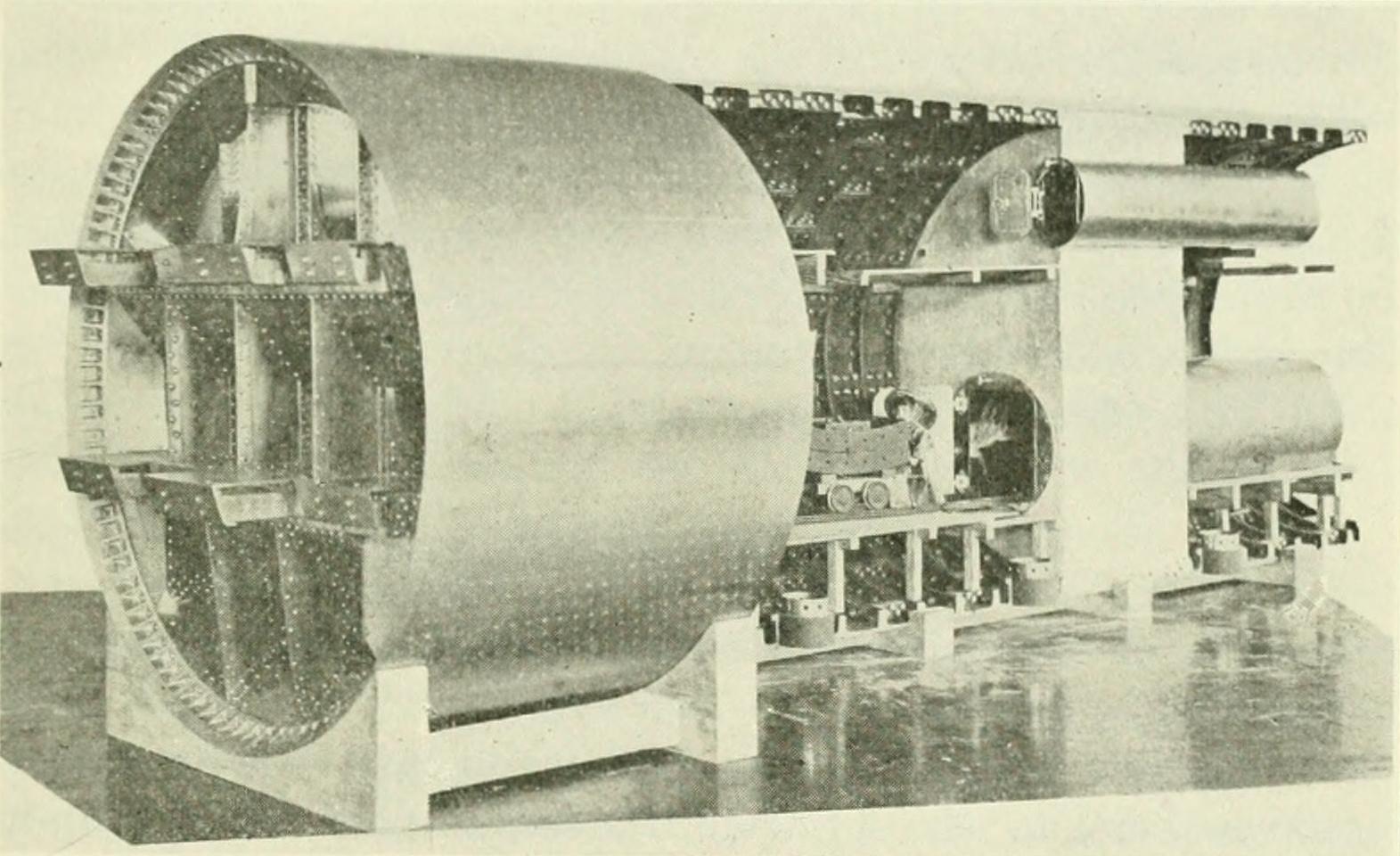 Above: A model of the tunnelling shield used to construct the original North River Tunnels.

And then in 2012, Hurricane Sandy hit. Subway stations right across New York City flooded, and the North River Tunnel is still reeling from the damage caused by the saltwater.

Proposals to modernise the tunnel have been around since the 1990s, but none have actually been constructed. The latest idea is called the Hudson Tunnel Project, which is part of the Gateway Program.

Essentially, there’s a whole group of projects aimed at upgrading rail infrastructure in the Northeast Corridor- and the North River Tunnel is one of them.

And there’s a lot that needs to be done. Tunnelling under an active waterway in the middle of the nation’s busiest passenger railroad is a challenge in itself.

On top of that, the catenary system of wires doesn’t electrify properly, ice forms in the winter that needs to be knocked off by hand, wet ballast can send false signals to train operators and the concrete lining inside the tunnels is crumbling. The list goes on. 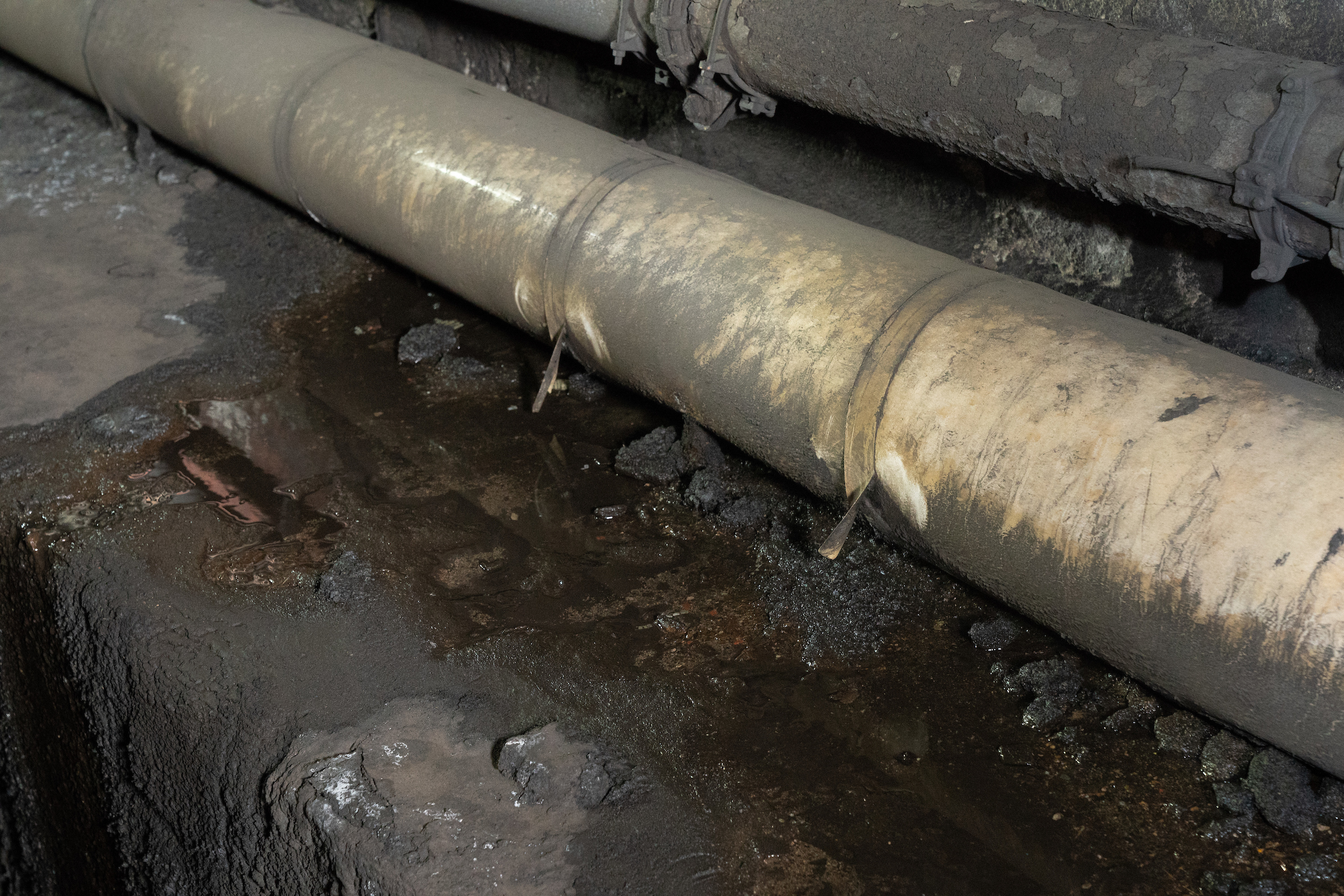 There are three main elements to the Hudson Tunnel Project.

The first is to build an entirely new tunnel South of the current tunnel, next is to fix up the existing North River tunnel and then finally construct a new stretch of concrete casing under Hudson Yards.

At its deepest point, the new tunnel will be 175 to 250 feet below ground, and it’s expected to take seven years to build. Once that’s done, rehabilitating the existing North River Tunnel is expected to take another three years.

The idea is that two of the four tracks will always be operational, so repairs can be done to the old tunnels without having to cut the existing service in half. Eventually, the hope is that all four tracks can run at once.

It’s a frighteningly complex project, but pretty representative of the challenges that construction teams across the country are now facing as they work to rebuild America’s infrastructure. 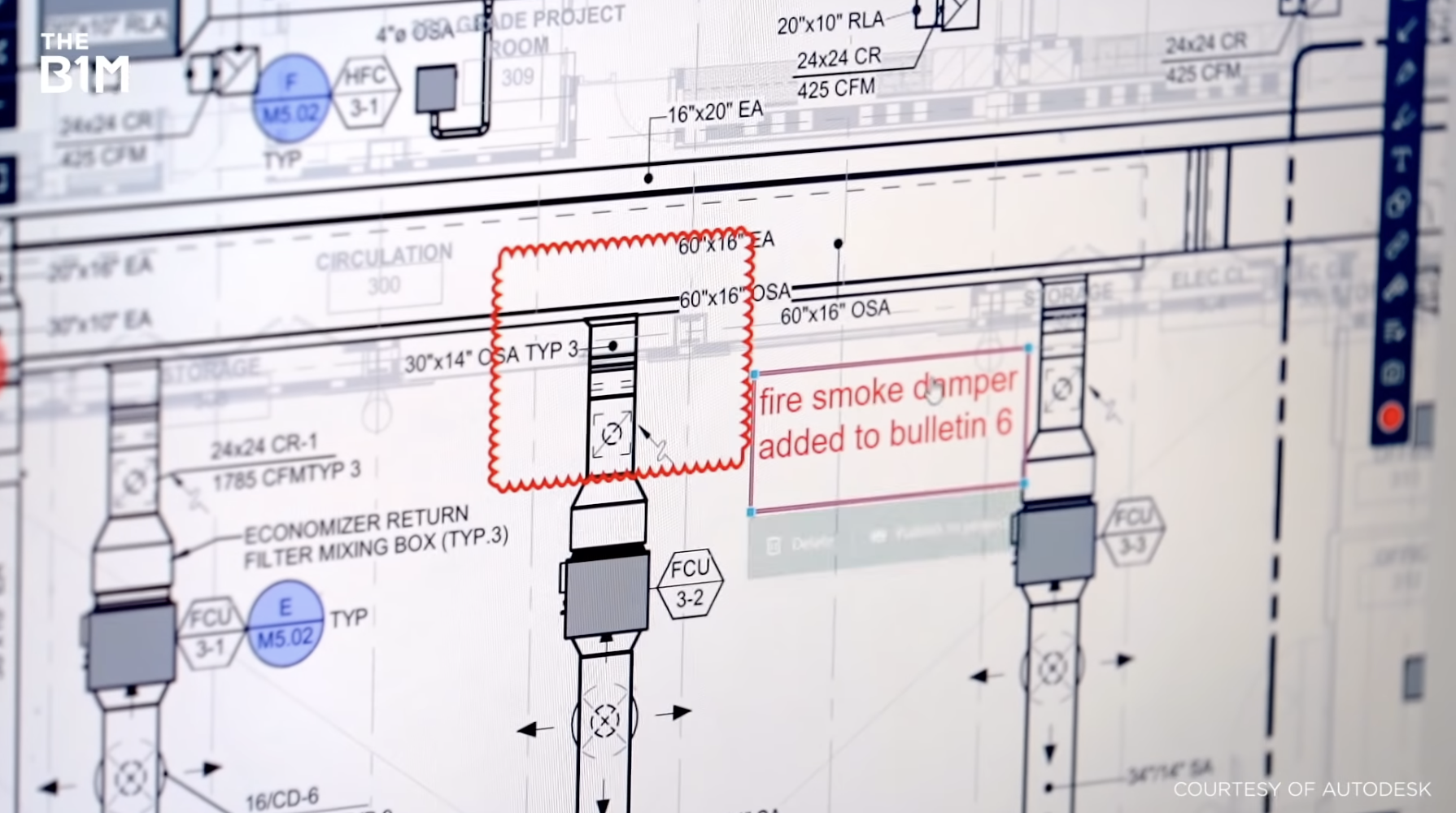 Above: Autodesk's Build platform saves design updates and notes in the cloud. Image courtesy of Autodesk.

Those teams depend on effective communication and having the right information to hand to succeed - because mistakes cost both time and money to sort out. It’s key on a building site, but for an infrastructure scheme like this - where the site team might be physically spread out over several miles - it’s critical.

Autodesk Build gives teams an easy to use project management, field collaboration and cost-control tool in a single platform.

They can track what’s going on and be sure they’re always building to the latest information - because everyone’s looking at the same document in the cloud, it’s a single source of truth.

Whether they’re in the office with their desktop computer or down in a New York tunnel with their smartphone, teams can share mark-ups, track changes, flag issues in real-time, manage payments and change control orders, keep on top of that all-important and much-scrutinised project timeline and generate reports from all the data.

The biggest benefit of all that is efficiency, and when you’re dealing with a crumbling tunnel at a crucial transit bottleneck, and New Yorkers on their commutes, efficiency is critical.

Of course, the project’s rate of progress comes down to more than just the efficiency of its engineers and designers. 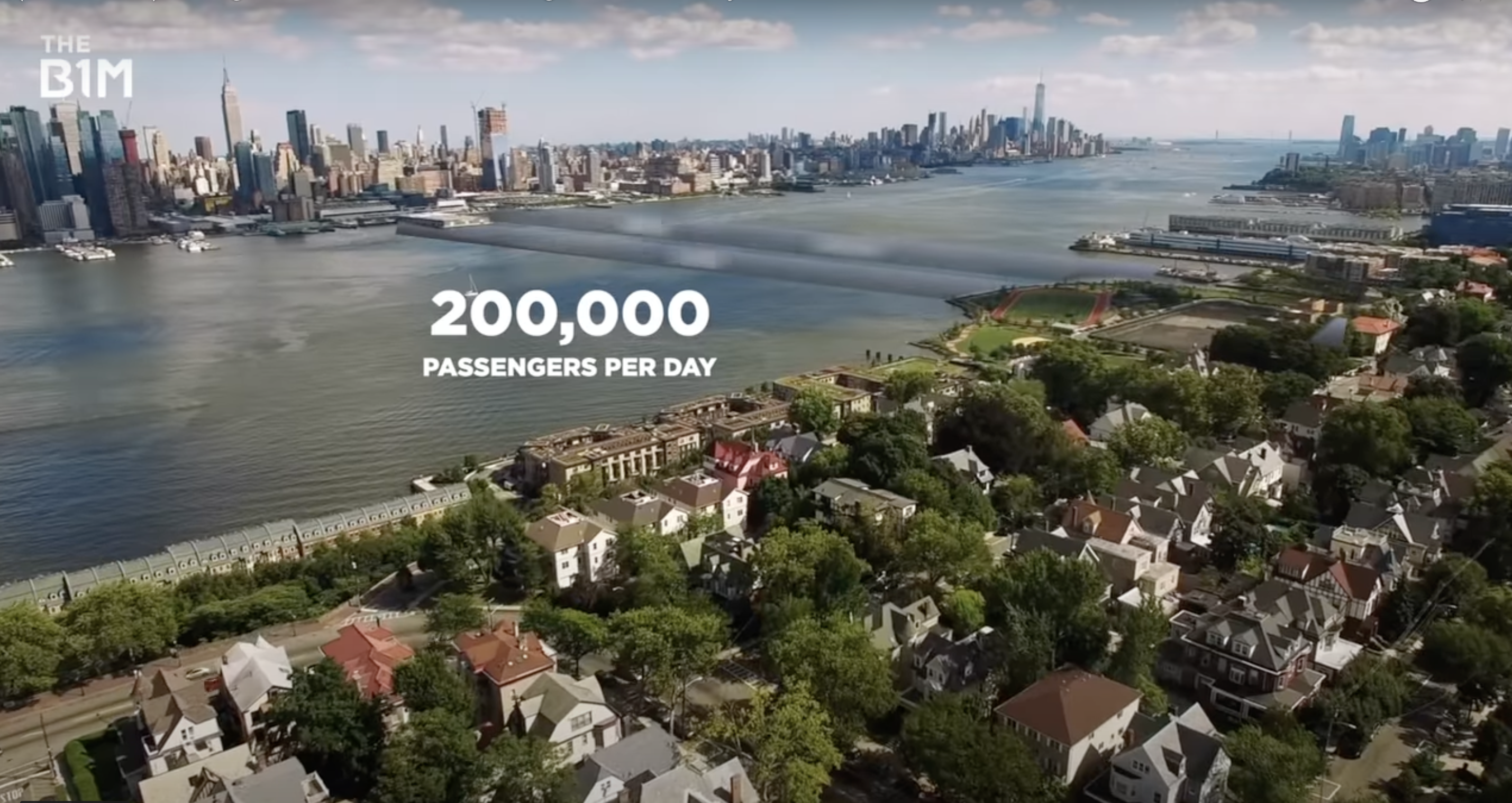 Above: The current two track tunnel under the Hudson carries 200,000 people a day.

It takes money and political will, something that’s been particularly hard to come by. Back in 2010, ground broke on a similar project called Access to the Region’s Core, or ARC.

It was supposed to establish a new commuter rail tunnel across the Hudson, but just months into construction, the project was over budget by $2.3 billion and was ultimately cancelled by New Jersey Governor Chris Christie.

Today, the Gateway Program estimates it’ll cost $12.3 billion to complete the Hudson Tunnel Project, that’s up 6% from estimates in 2020.

Amtrak officials say that’s because development has been stalled for the last several years due to bureaucracy. But now, officials are hopeful that President Biden, also known as “Amtrak Joe,” could grant the approvals they need to finally get the project underway.

“Once we get the funding done, which I feel very confident that we're going to get done, you know, that's only step one,” chief of public outreach at Gateway Program Development Corporation Stephen Sigmund said.

“No one's done this in 110 years, and no one's dug a tunnel under the Hudson and 80 years. It's going to be an experience for everybody, but it'll be an experience that's worth it, once we get it done.”

Building a new tunnel between New York and New Jersey is going to take years, even once the funding is approved. But for the hundreds of thousands of people who pass through this bottleneck everyday, that day can’t come soon enough.

It’s a potent example of the power that infrastructure can have. Fixing something as simple as a tunnel can have a knock effect for millions of people and a nation’s economy.