Completely reconfiguring how railways pass through its centre - with tunnels, bridges, replaced foundations and a dramatic new park - the city of Stuttgart is on an ambitious journey to become a transport hub at the heart of Europe.

But it’s now 27 years since that journey began and the promise of economic benefit has clashed hard with the realities of getting the project completed.

Like many other countries, Germany is no stranger to massive infrastructure projects that haven’t gone entirely to plan, and the ghost of Berlin’s Brandenburg Airport looms large in the public’s minds.

Complex and controversial in equal measure, this is a look inside Stuttgart 21: one of the world’s most impressive and longest-running railway projects. 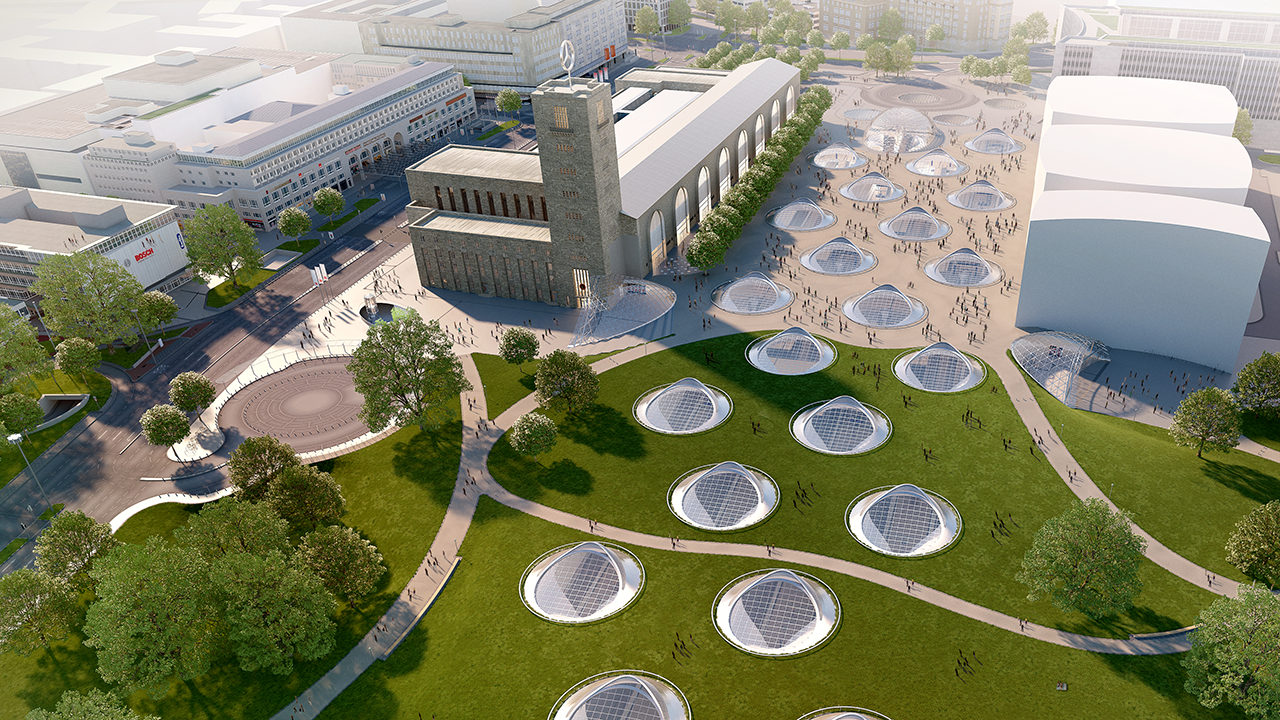 Above: Stuttgart 21 is complex and controversial in equal measure. Image courtesy of DB Projekt Stuttgart-Ulm GmbH/Plan B.

By nearly every measure Stuttgart 21 is an immense project.

Essentially, the Central Station at the heart of Germany’s sixth largest city is being transformed from an overground terminal to an underground hub where trains can pass beneath the city without stopping.

In all, 16 tunnels and cuttings and 18 new bridges will be built. Three smaller stations across the city are also under construction, along with lines to Stuttgart’s airport and exhibition centre.

If that weren’t enough, 60 kilometres of new track is being laid to modernise the high speed rail route between Stuttgart and Ulm.

At Central Station, the roof of the underground hall will take the form of a large shell supported by 28 huge support columns.

Topped with steel-glass transparent coverings, they allow natural light inside and create exciting features in the new green park that will sit on top of the upgraded station. 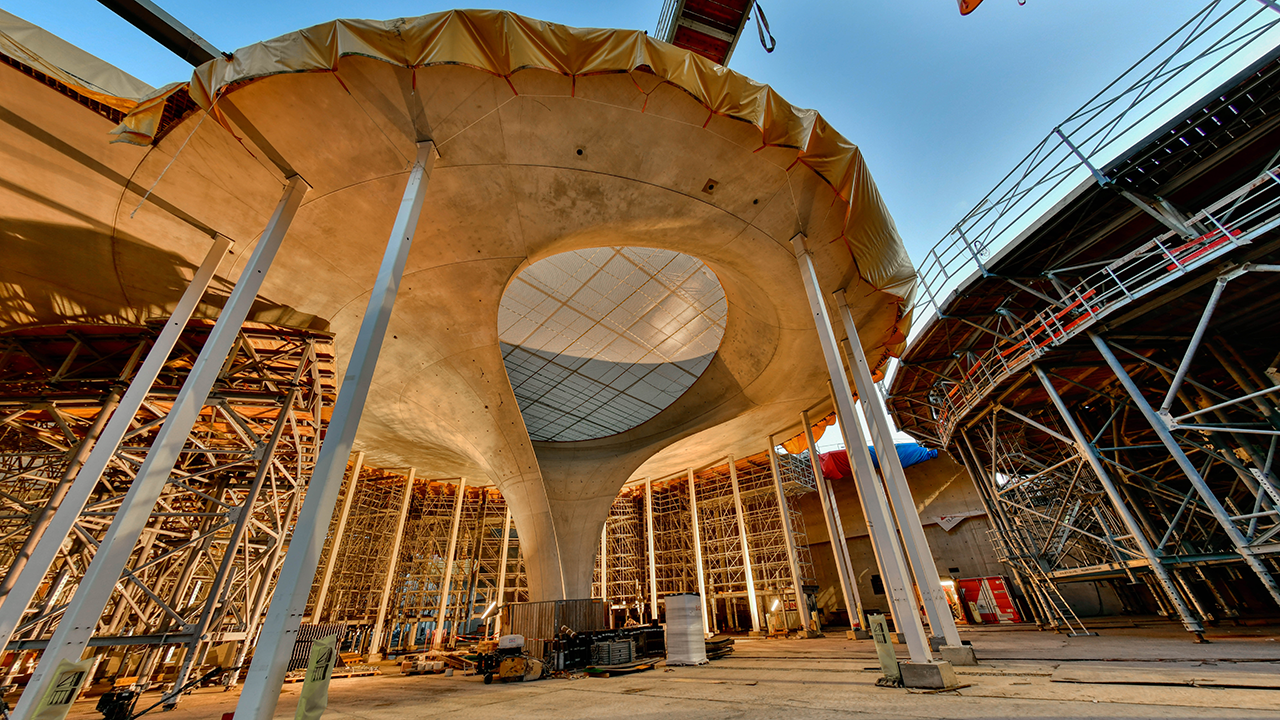 Above: The foot supports are shaped like massive chalices, which open outwards as they rise. Image courtesy of Arnim Kilgus.

Stuttgart’s Central Station was originally built as a terminus rather than a through-station. While that may have made sense at the time, it’s now at odds with the city’s position as a significant hub for business and manufacturing and as one of the main stops on the continental high-speed rail route between Paris and Bratislava.

The station’s current configuration means that multiple lines all come in and terminate, forcing passengers with continuing journeys to change trains and international services to reverse back up the line.

The plan with Stuttgart 21 is to solve this problem, converting the station to an important and well-connected through-hub in the centre of Europe.

Within that objective, the scheme also upgrades capacity while that new track between Stuttgart and Ulm brings a mid-19th century piece of infrastructure on a key route into the city up to modern standards. 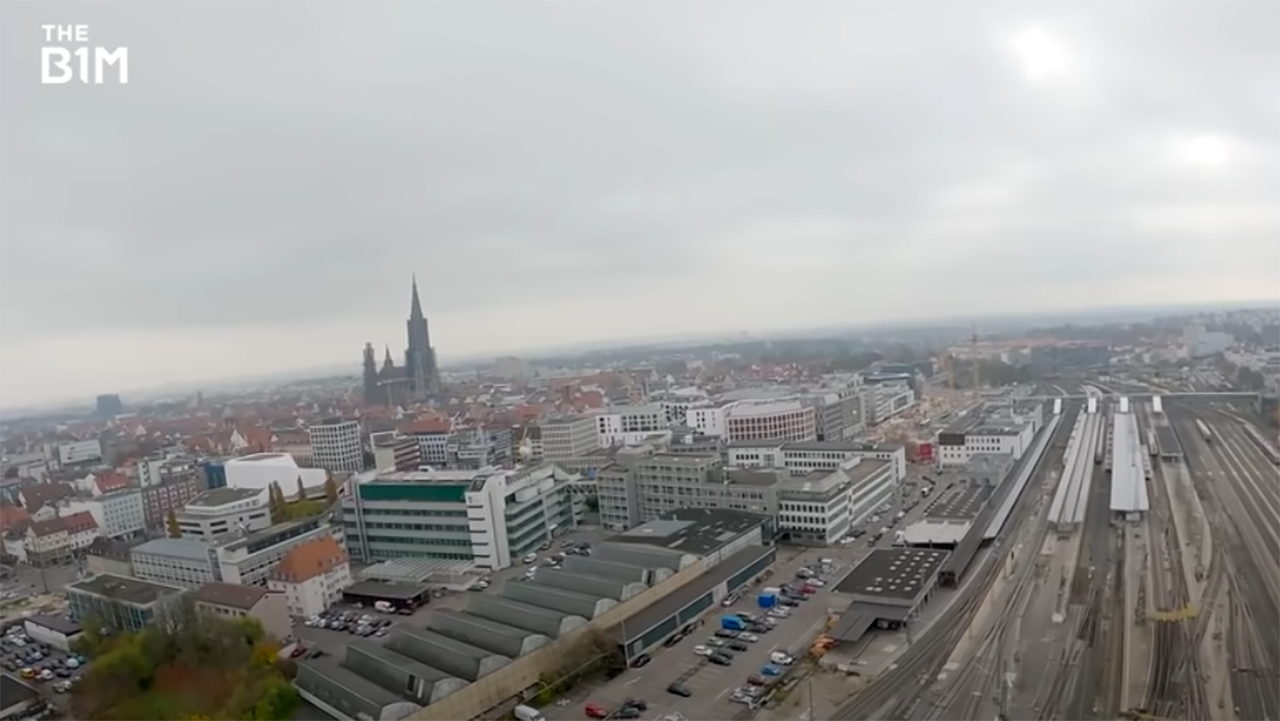 Above: A new high-speed line to Ulm is a major part of the project. Image courtesy of DB Projekt Stuttgart-Ulm GmbH.

There’s a saying that the road to hell is paved with the best intentions, and while the idea behind Stuttgart 21 may make great economic sense, the journey towards building it has been tortuous.

Though the project is by no means alone in the hall of overrunning infrastructure projects, it ranks with London’s Crossrail and Berlin’s Brandenburg Airport as one of Europe’s most notable.

Stuttgart 21 was first announced in 1994 and upgrades on the line to Ulm have been needed since the 1980s.

Construction finally began in 2010 and was due to complete in 2019, but now 2025 is the latest target; not a great look for a project that was intended to ring in the 21st century and was named accordingly. 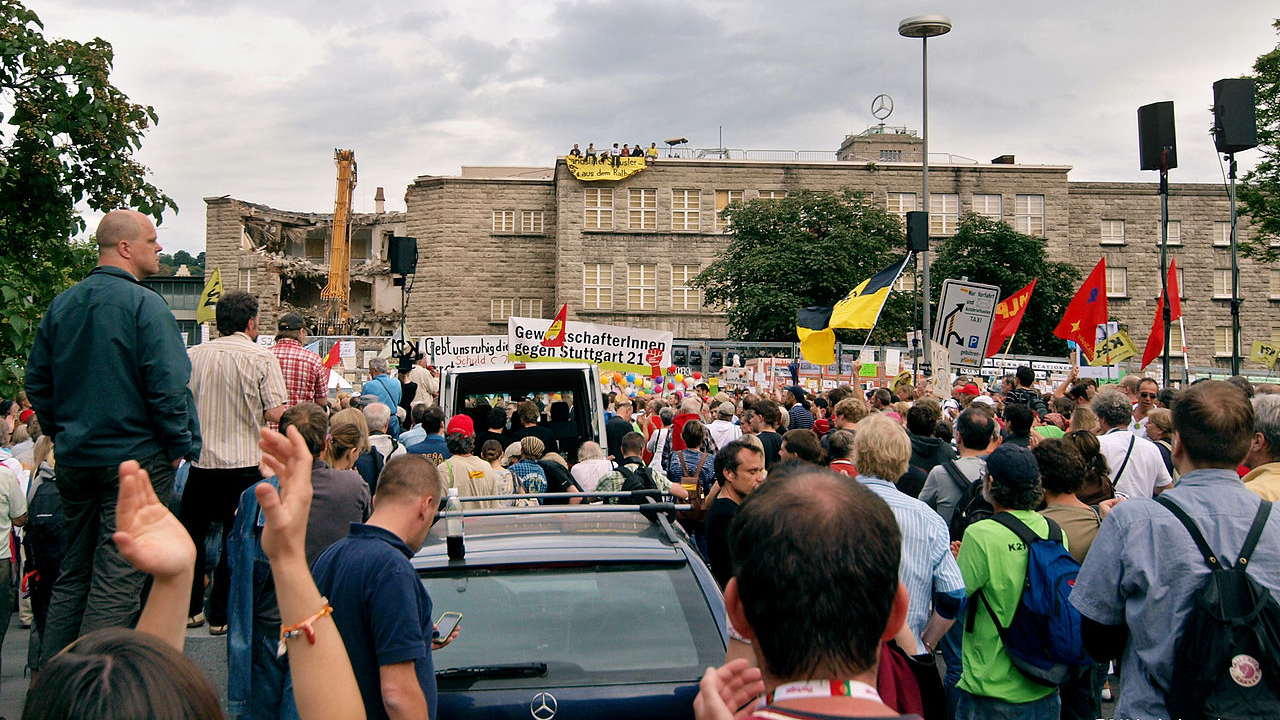 Above: The idea has faced public resistance from its inception, with cost the major source of friction. Image courtesy of Dimitrios Katsamakas.

Many of Stuttgart’s citizens were shocked by the estimated €4.5BN price tag back in 2009, before work started. That’s now spiralled and the eventual figure is thought to be at least €7.6BN.

Delays due to opposition, unexpected construction costs and having to adhere to new environmental laws for protecting biodiversity in the region are all cited as causes for the uplift.

The project’s physical and visual impact on Stuttgart has been another sore point. Many residents have not taken well to a prominent area of their city being reduced to a massive building site for over a decade, even if the end result is intended to be beneficial.

Parts of the historic building – a cherished architectural landmark – were demolished to make way for the new works, a decision that attracted yet more criticism.

All the unease has led to the very fundamentals of the project being questioned, with some arguing that it’s just not worth the billions of euros and years of disruption.

Despite this sentiment, many realise that to stop now would be a waste of the investment made so far. 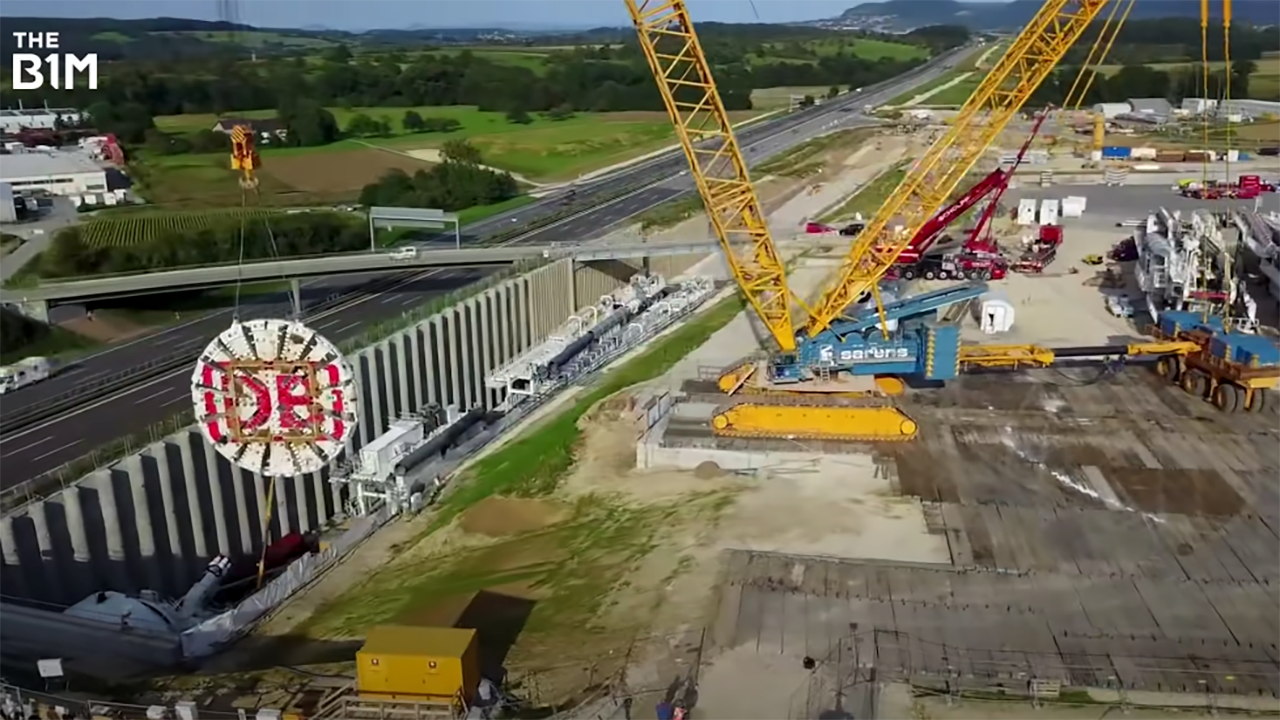 Above: German rail operator Deutsche Bahn (DB) has underlined that it would now cost just as much to cancel the project as to finish it. Image courtesy of DB Projekt Stuttgart-Ulm GmbH.

Indeed, when asked to vote for or against the works continuing in a crucial 2011 referendum, the public opted in its favour; a more silent majority overriding the voices of opposition.

A decade on from this peak of the backlash, there’s now a more weary determination to complete what’s been started. Key milestones are in sight, including completion of the main tunnelling work.

It’s unfortunate that Stuttgart 21 is currently known more for its struggles than the incredible architectural, engineering and construction work going into it.

But, like so many challenging infrastructure projects, time will likely make us thankful for its benefits and more forgetful of the price paid.