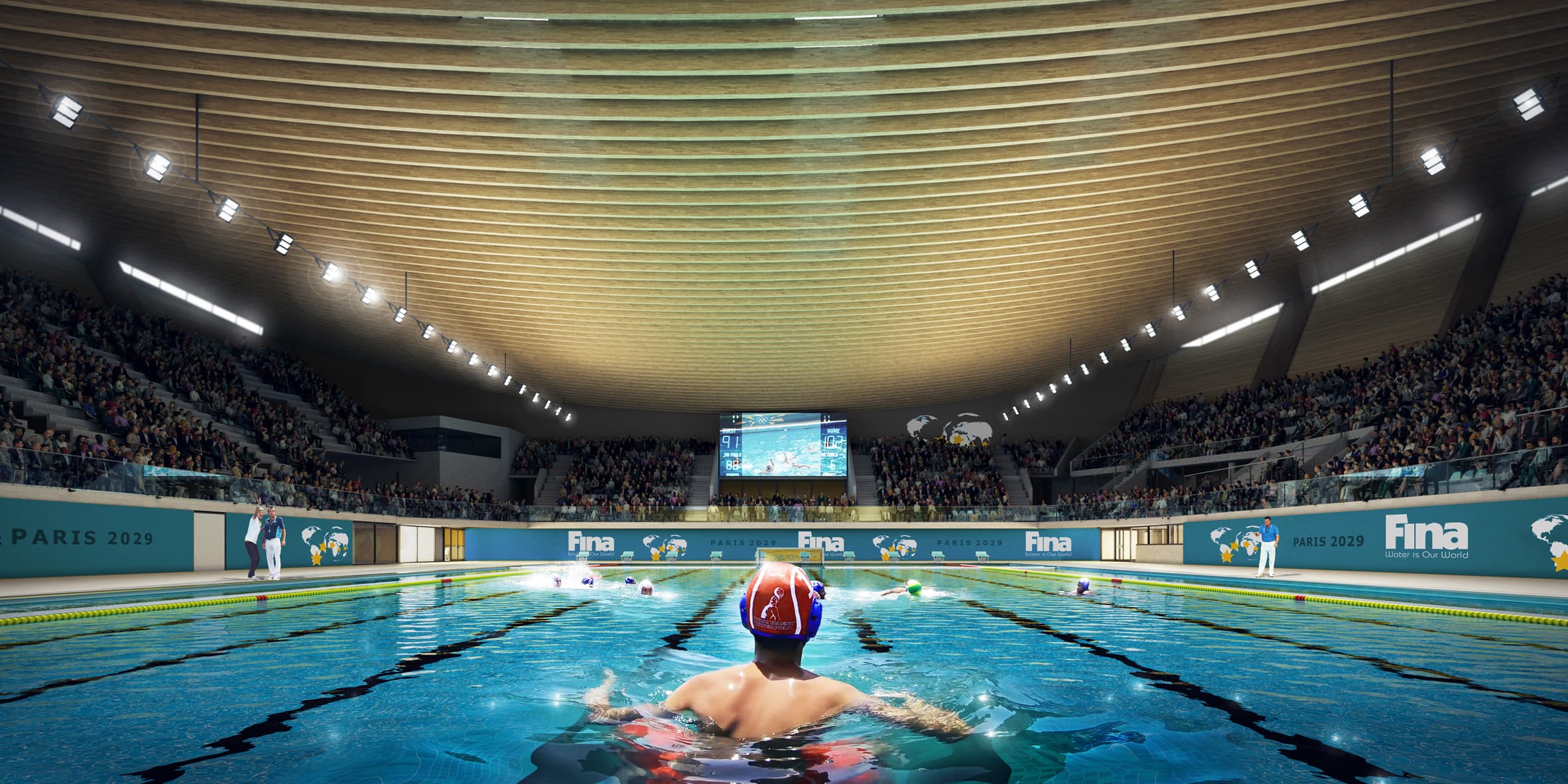 DUTCH studio VenhoevenCS and French practice Ateliers 2/3/4/ have revealed designs for a timber aquatic centre which will host events at the Paris 2024 Olympic Games.

The centre will be the only permanent venue built for the Games. Every other event will be hosted either in an existing structure - the Stade de France stadium will hold the opening and closing ceremonies and athletic events - or a temporary structure that will be deconstructed or converted once the Games are over.

It's part of a move to make the Olympics more sustainable. 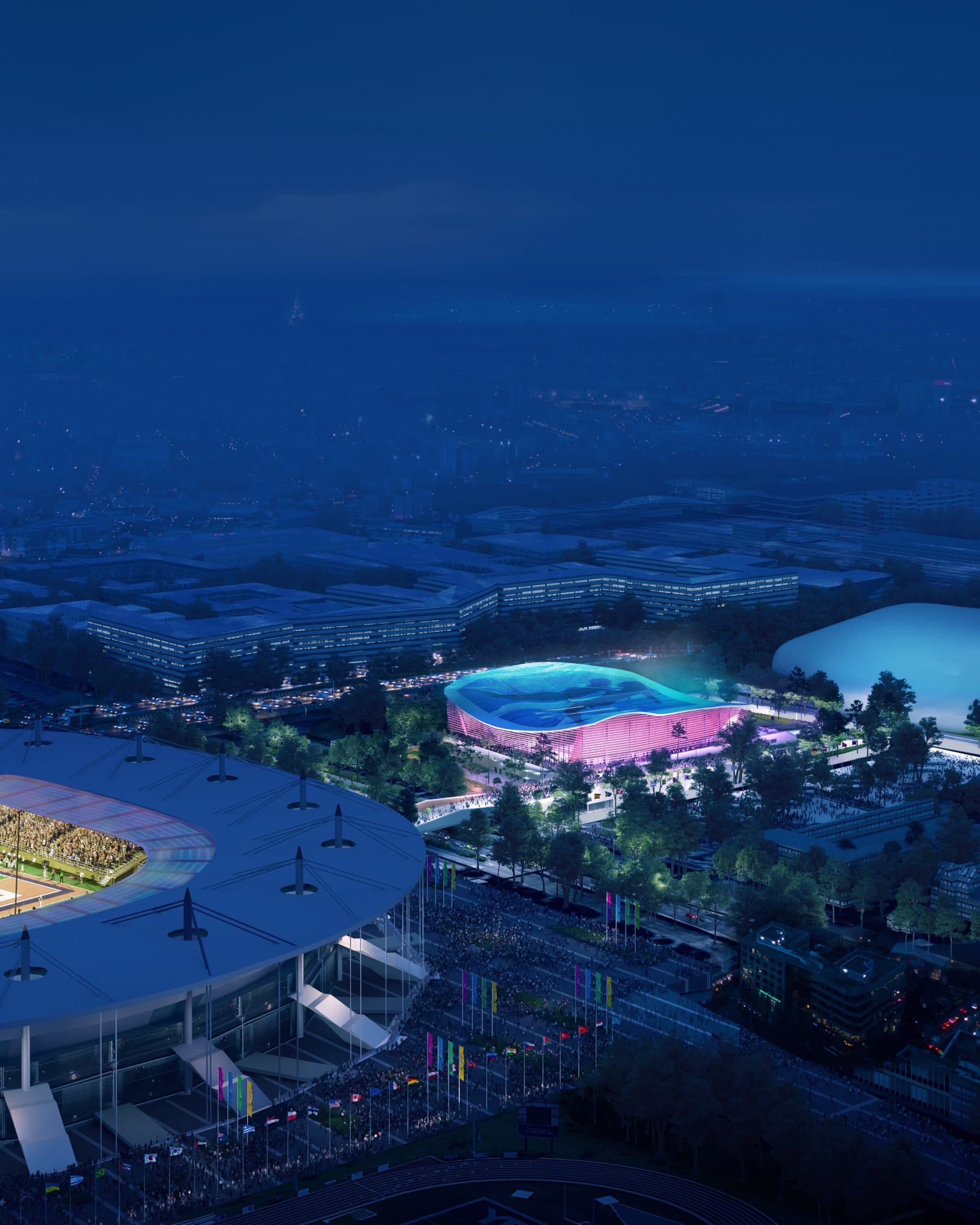 Above and Below: The new aquatic centre will be built next to the existing Stade de France (images courtesy of VenhoevenCS and Ateliers 2/3/4/). 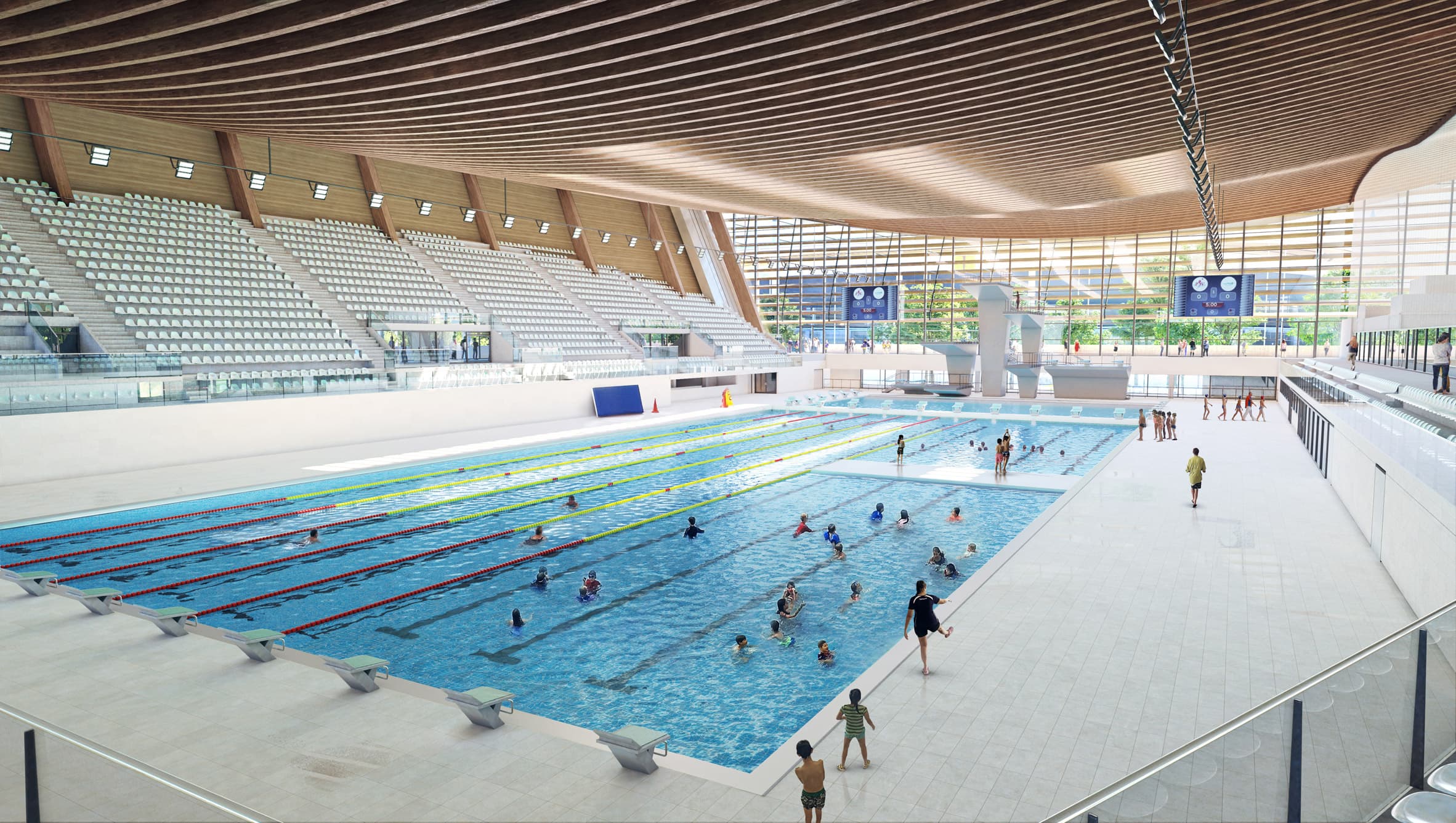 The aquatic centre will be built next to the Stade de France stadium and contain all the competition pools.

The venue will have an immense timber roof that spans 80 metres, but will be only 50 centimetres thick.

The architects have called it their "cathedral" dedicated to aquatic sports.

The roof will curve at the stands and dip in the middle above the pool, so as to give the space an intimate yet airy dynamic. 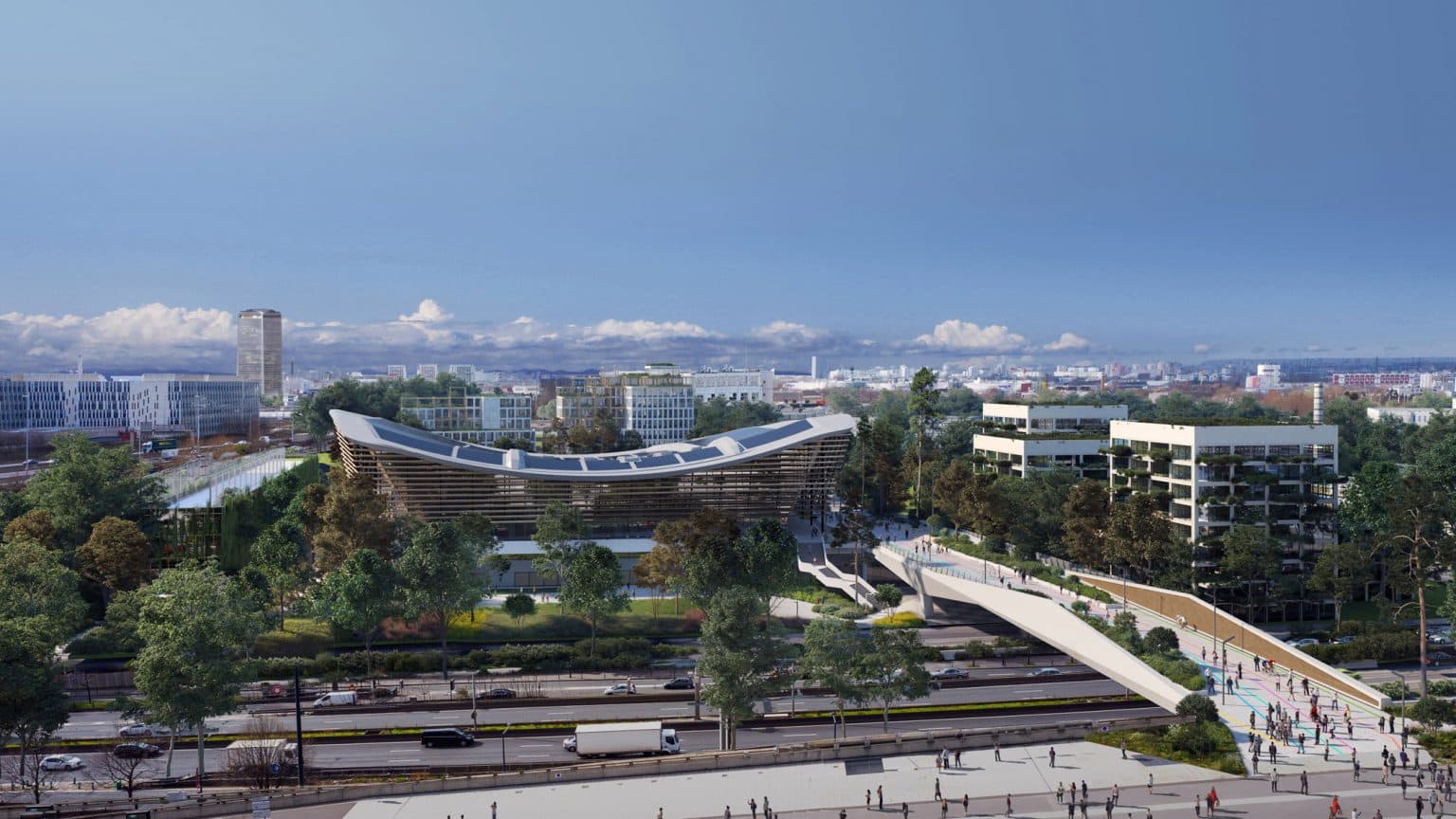 Above and Below: The centre's unique curved roof (images courtesy of VenhoevenCS and Ateliers 2/3/4/). 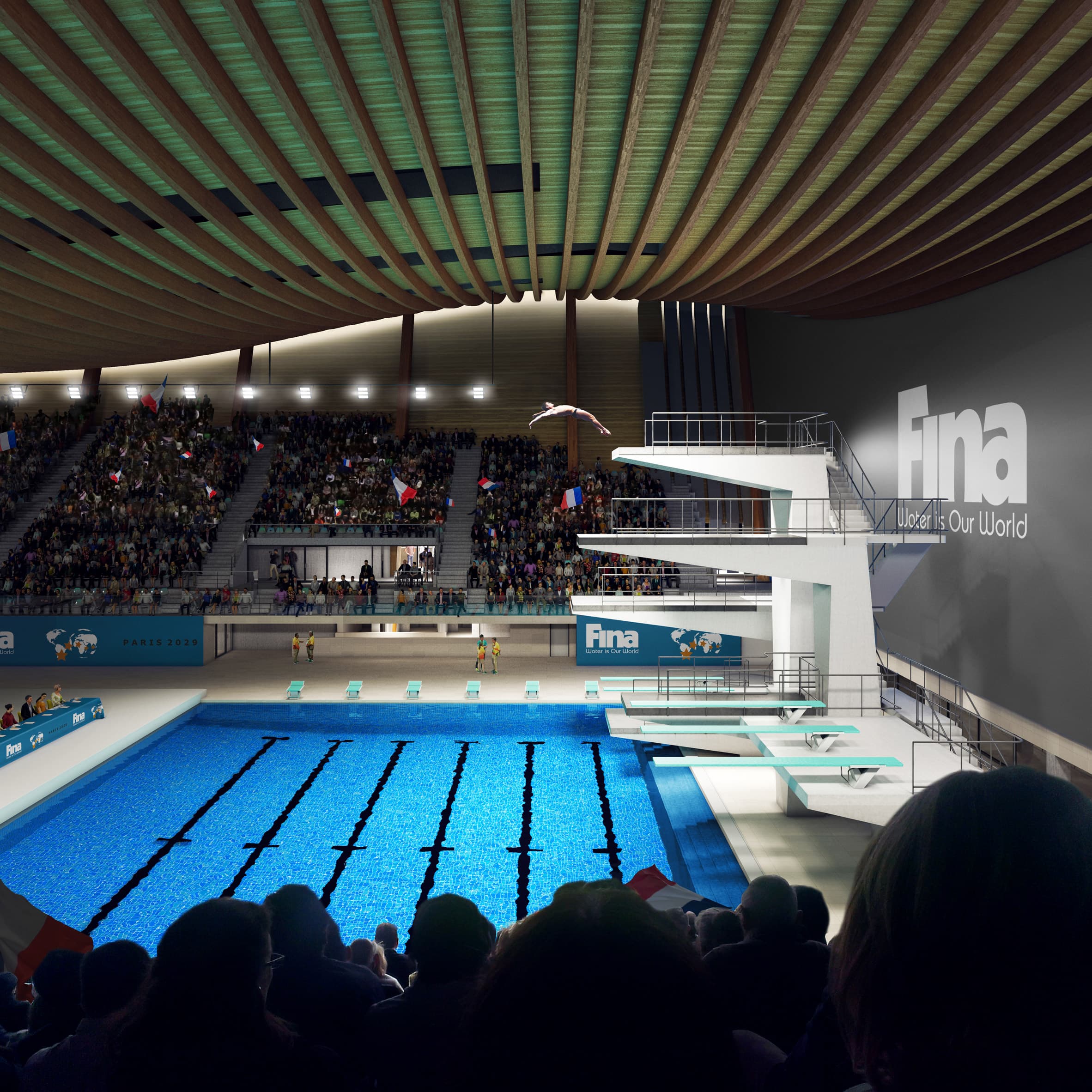 Timber was chosen as the primary material for the structure as it emits less C02 than concrete or steel.

The roof will also be topped by solar panels to power the building.

Once the Games are over, the aquatic centre will reopened as a public facility and will host events like the European and world swimming championships.

Watch our documentary on the Tokyo 2020 Olympic venues: