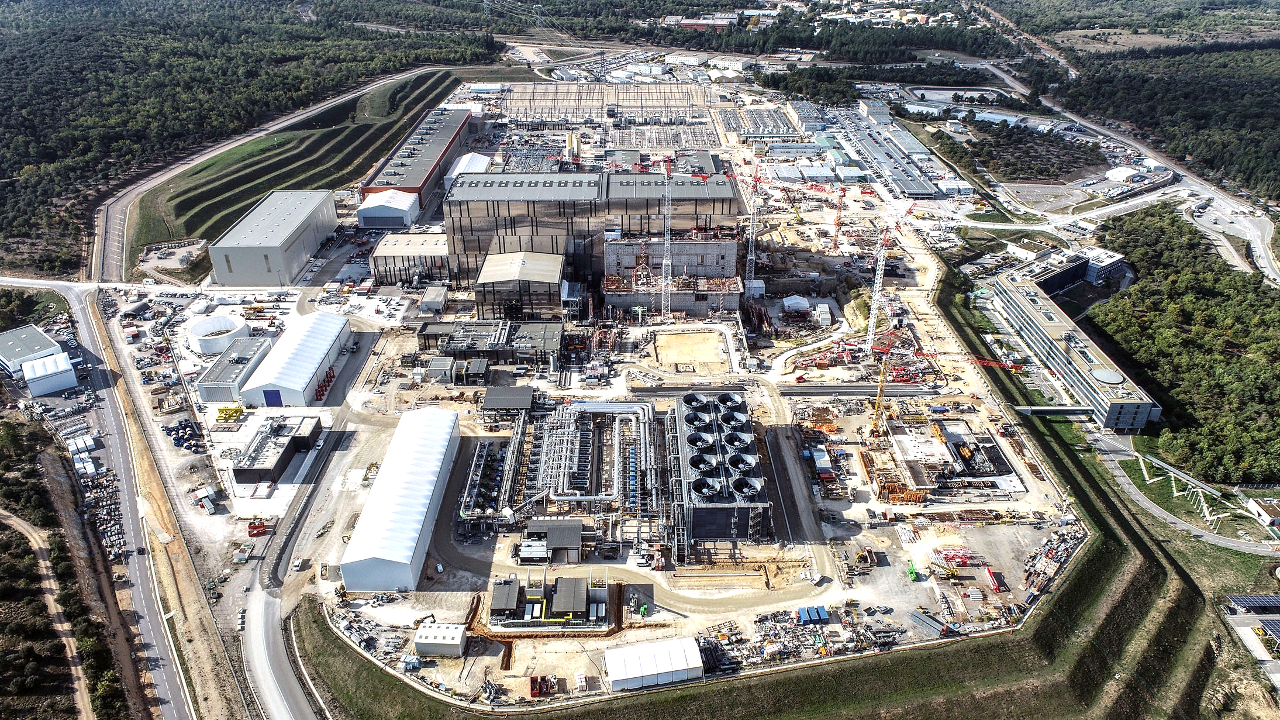 Revealed: Here’s The Winner of Construction Story of the Year 2022

ITER Organisation – the team behind the International Experimental Thermonuclear Reactor (ITER) that’s currently being built in France – has been unveiled as the winner of Construction Story of the Year 2022.

The announcement was made by The B1M’s Fred Mills and Nemetschek Group’s Don Jacob in a live ceremony at Nemetschek’s global headquarters in Munich, Germany, earlier tonight.

ITER was initially among 19 entries longlisted. It then saw off close competition from two other finalists to take the top prize.

The expert judging panel was particularly impressed by the extraordinary levels of collaboration between the construction team and the scheme’s propensity to inspire future generations of engineers. 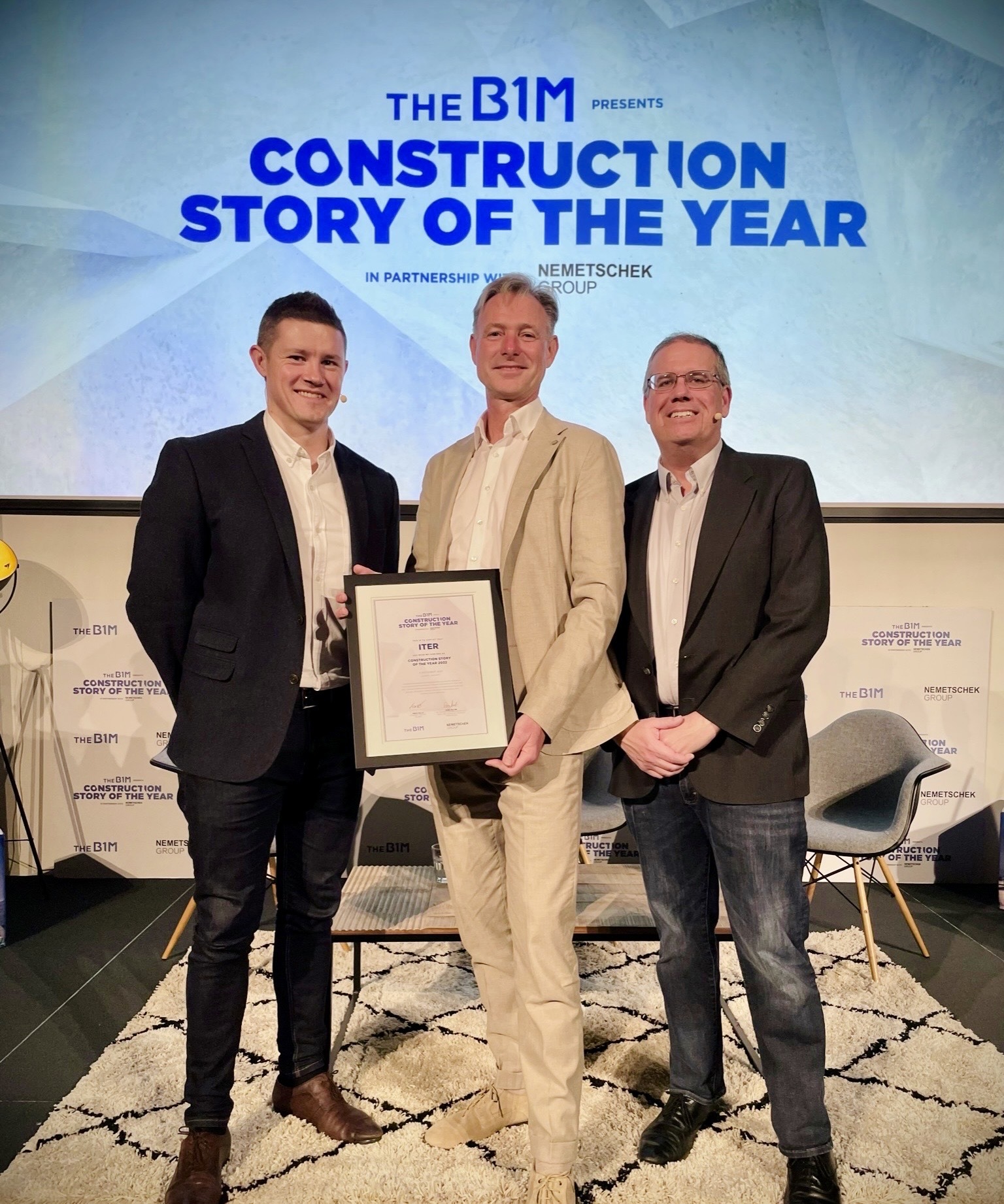 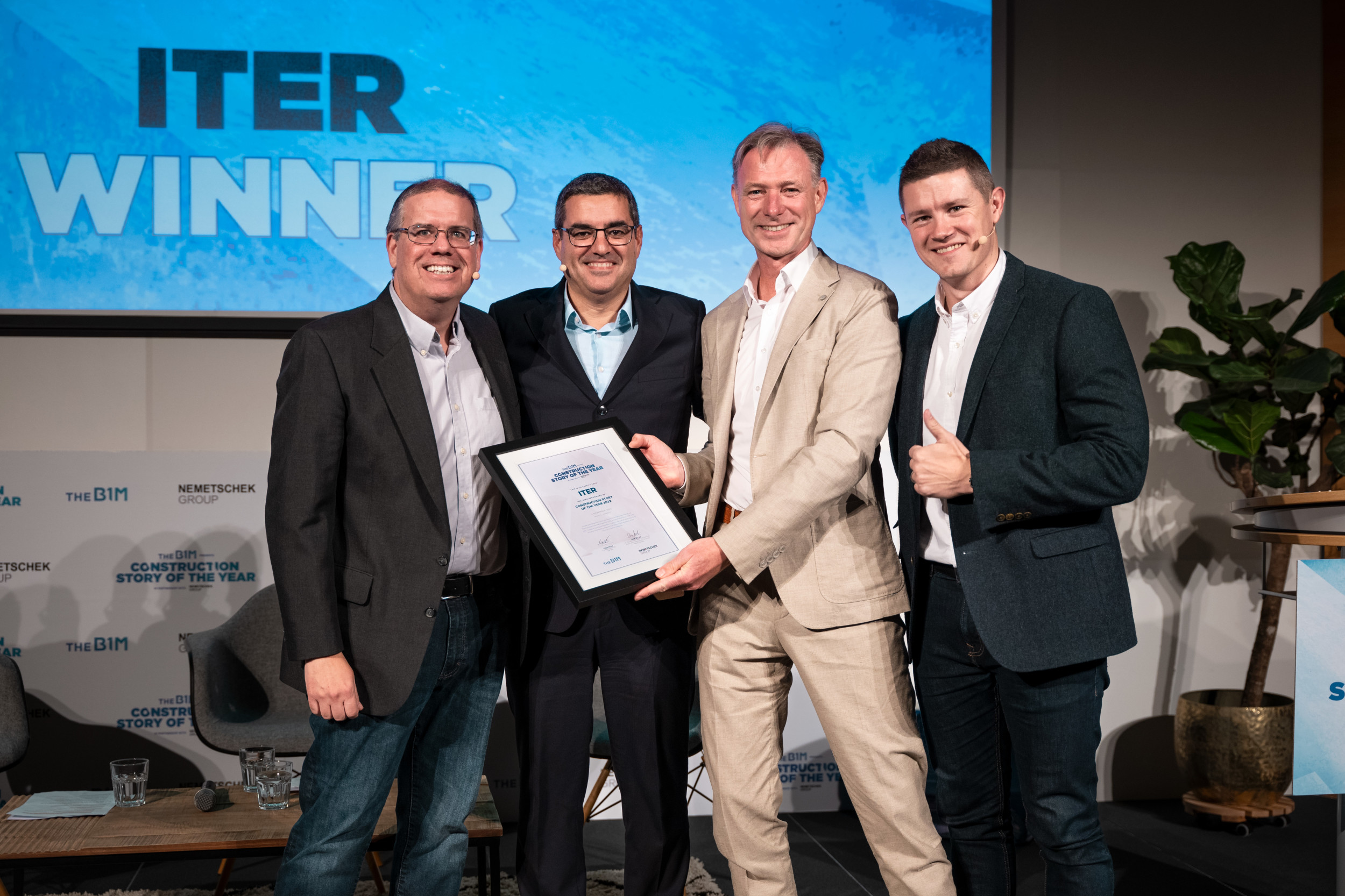 “This project is a game changer” said Maria Lehman, vice chair of President Biden’s National Infrastructure Advisory Council, President of the American Society of Civil Engineers and one of the award judges.

“As we are moving toward a sustainable and resilient future, we need transformational and disruptive technology to drive the engineering and construction industry rapidly toward that future” she added.

ITER is a remarkable demonstration of what the construction industry is capable of. The project sees build teams and experts from 35 different nations come together to construct the world’s largest experimental nuclear fusion reactor.

The extremely complex scheme will take decades to complete and requires the construction sector to push almost every boundary it has – particularly in terms of collaboration.

If successful, the facility will enable scientists to attempt to generate clean and renewable energy from nuclear fusion, a move that could have profound implications for the way mankind impacts the planet.

To build the project, construction professionals from around the globe are overcoming huge language and cultural barriers. They’re using collaborative forms of contract to bridge divides and employing digital tools to communicate, manage and coordinate project data. The approaches being forged here are already permeating through the industry and will continue to do so in the years ahead.

The reactor’s engineering is on a completely different scale to most projects that the construction sector deals with. More than 10 million components are being designed, coordinated and produced across several different continents before being shipped to France and transported to the immense ITER site on a specially built road network.

Some 2,000 workers are engaged on the construction site alone, with the team now 77.5% of the way through the work scope to First Plasma. 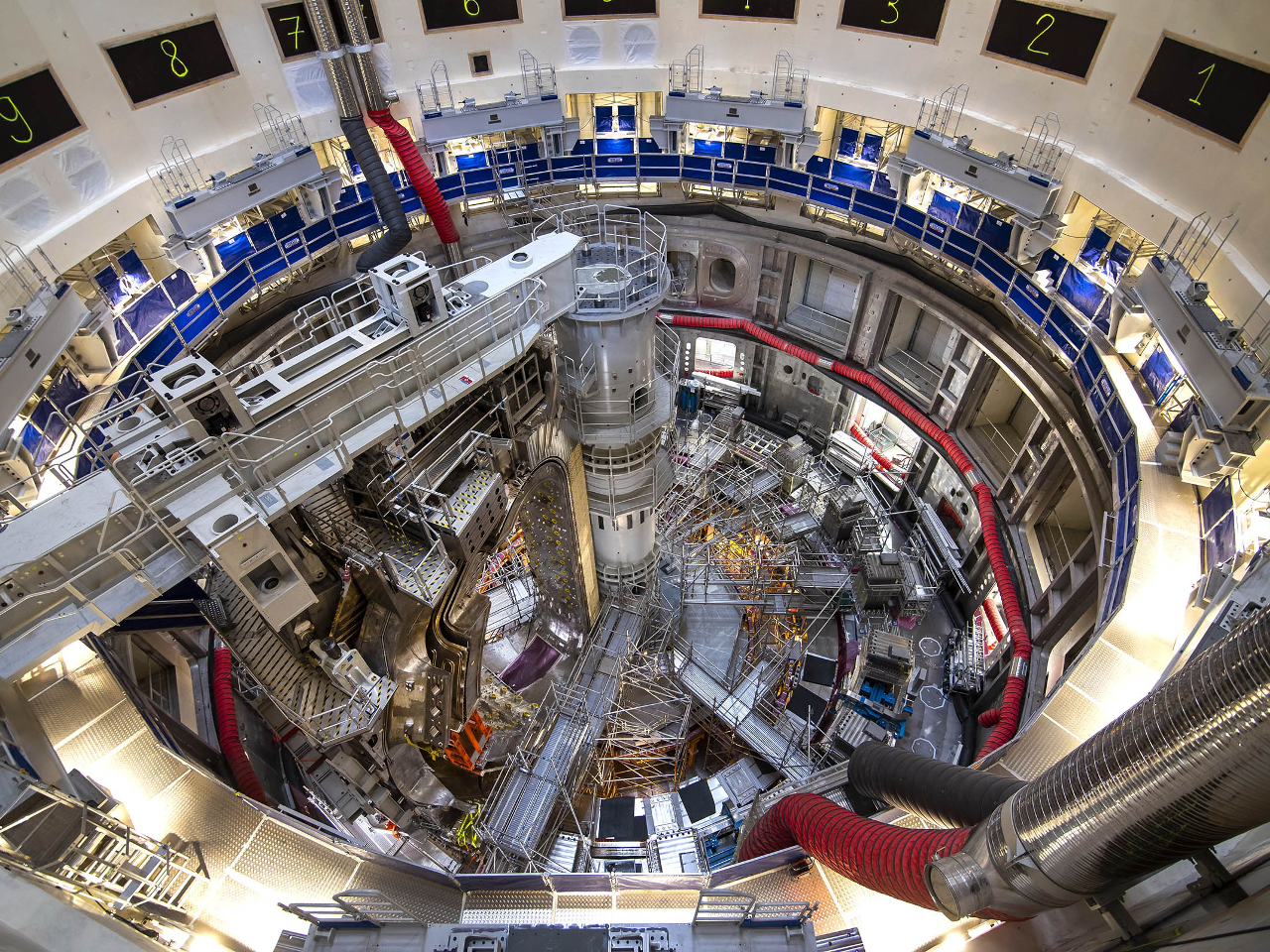 Above: ITER's tokamak under construction. Below: The vast assembly hall where components go through final assembly before being lifted into the tokamak pit. Images courtesy of ITER. 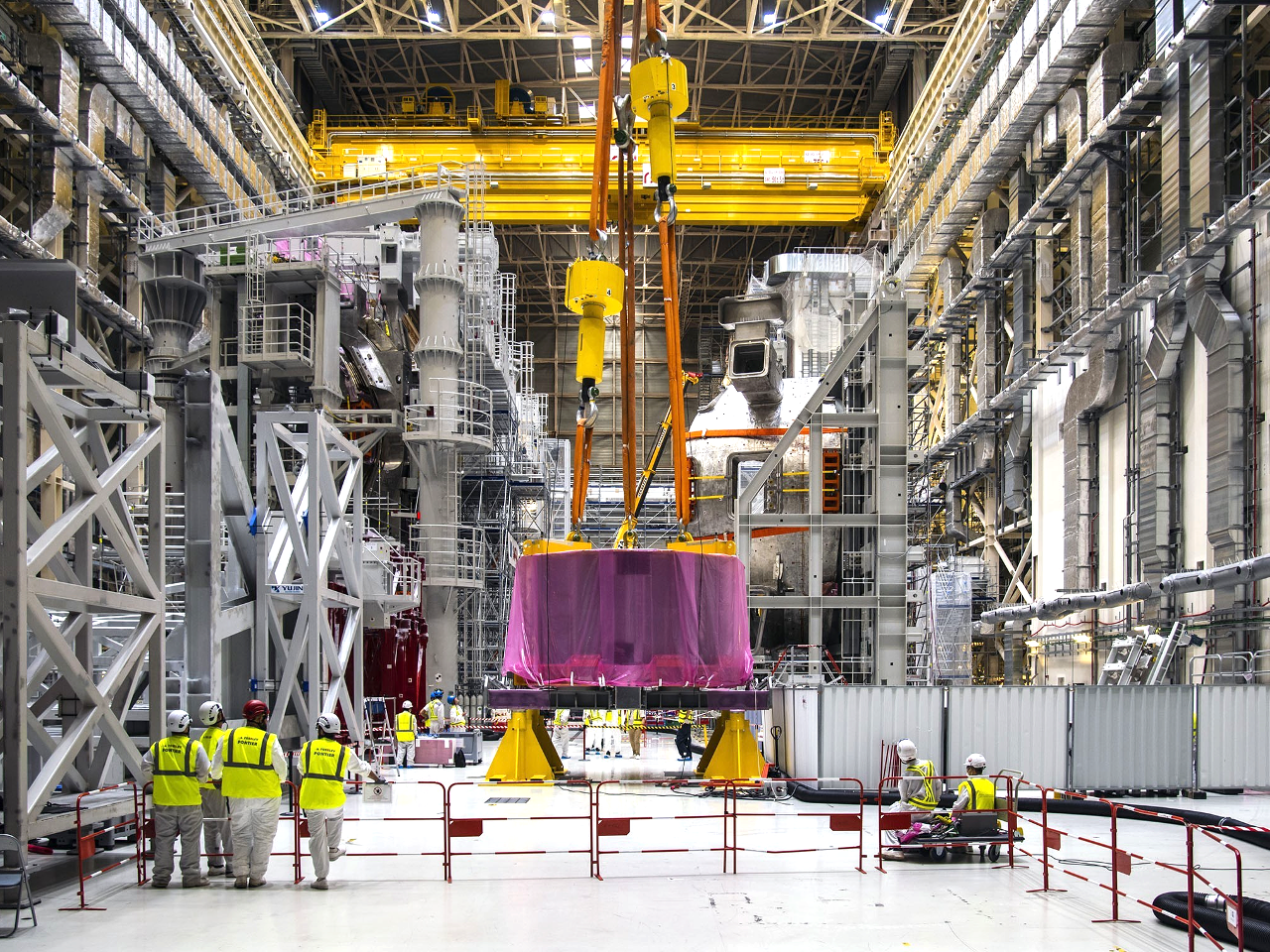 In reaching their decision, the Construction Story of the Year judges noted the project’s exemplary fulfilment of the criteria and its powerful ability to inspire both people across the industry and those considering joining it.

“ITER is a colossal demonstration of the collaborative power of construction, enabling a scientific innovation that will benefit so many people across the world with clean energy for decades to come” said Professor Jacqui Glass, Vice Dean of Research for The Bartlett at UCL and member of the judging panel. 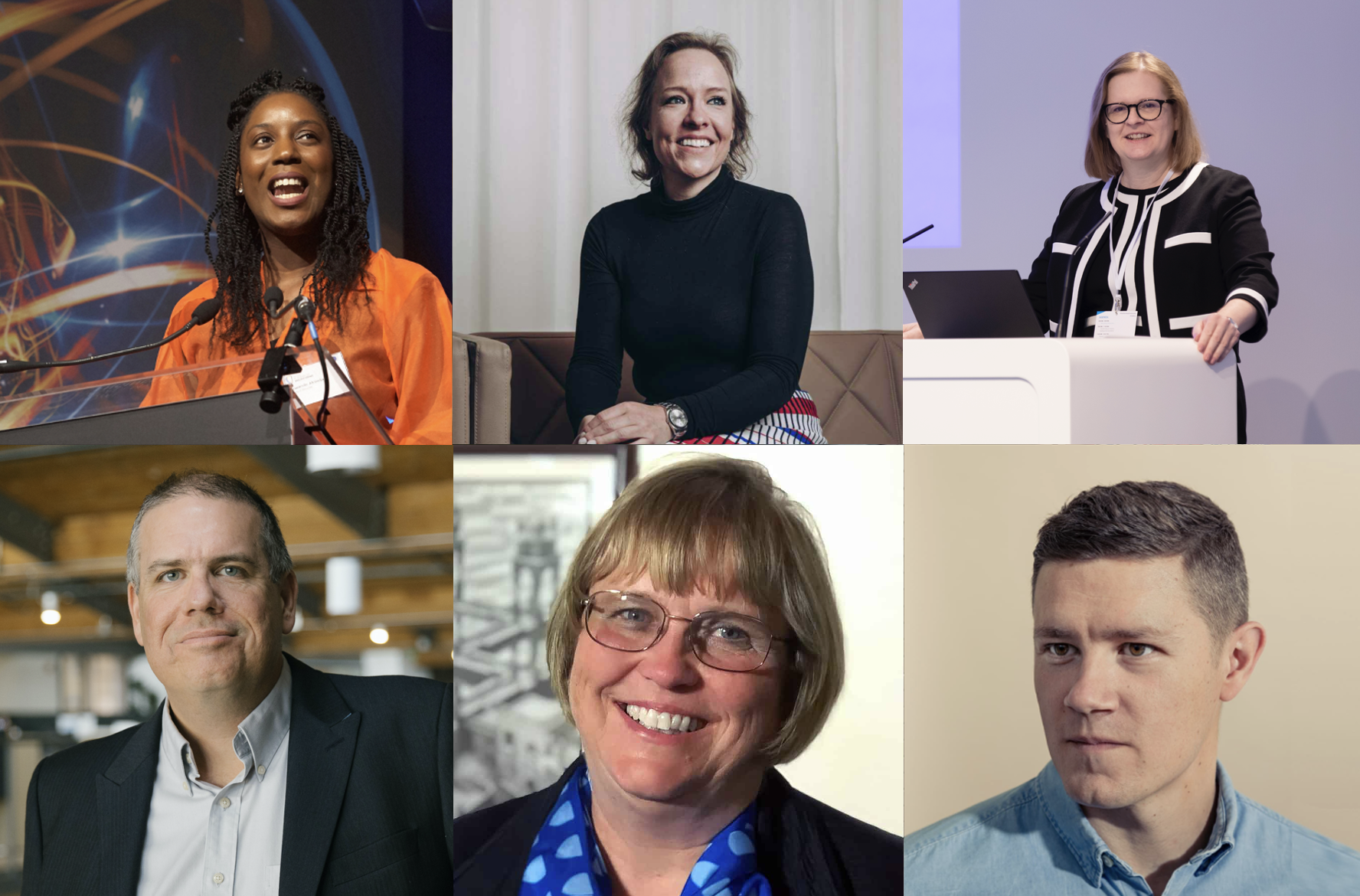 Other shortlisted entries included the work of the University of Manchester’s Graphene Engineering Innovation Centre (GEIC), which had started to deploy graphene enhanced concrete on live construction projects, and a low-cost eco-housing concept in Melbourne, Australia, developed by Austin Maynard Architects.

The B1M created a short video feature on each of the three shortlisted projects and circulated them across its audience. Feedback from the industry and wider public was then used to inform the judges’ final decision on the winner.

“Creativity, confidence, and credibility were the three words that sprang to my mind when I first saw the shortlisted entries for Construction Story of the Year” said Professor Glass. “This is a remarkable rundown of what the whole built environment sector is known for. The finalists show what’s possible when we work together to harness these incredibly important qualities – to great societal effect” 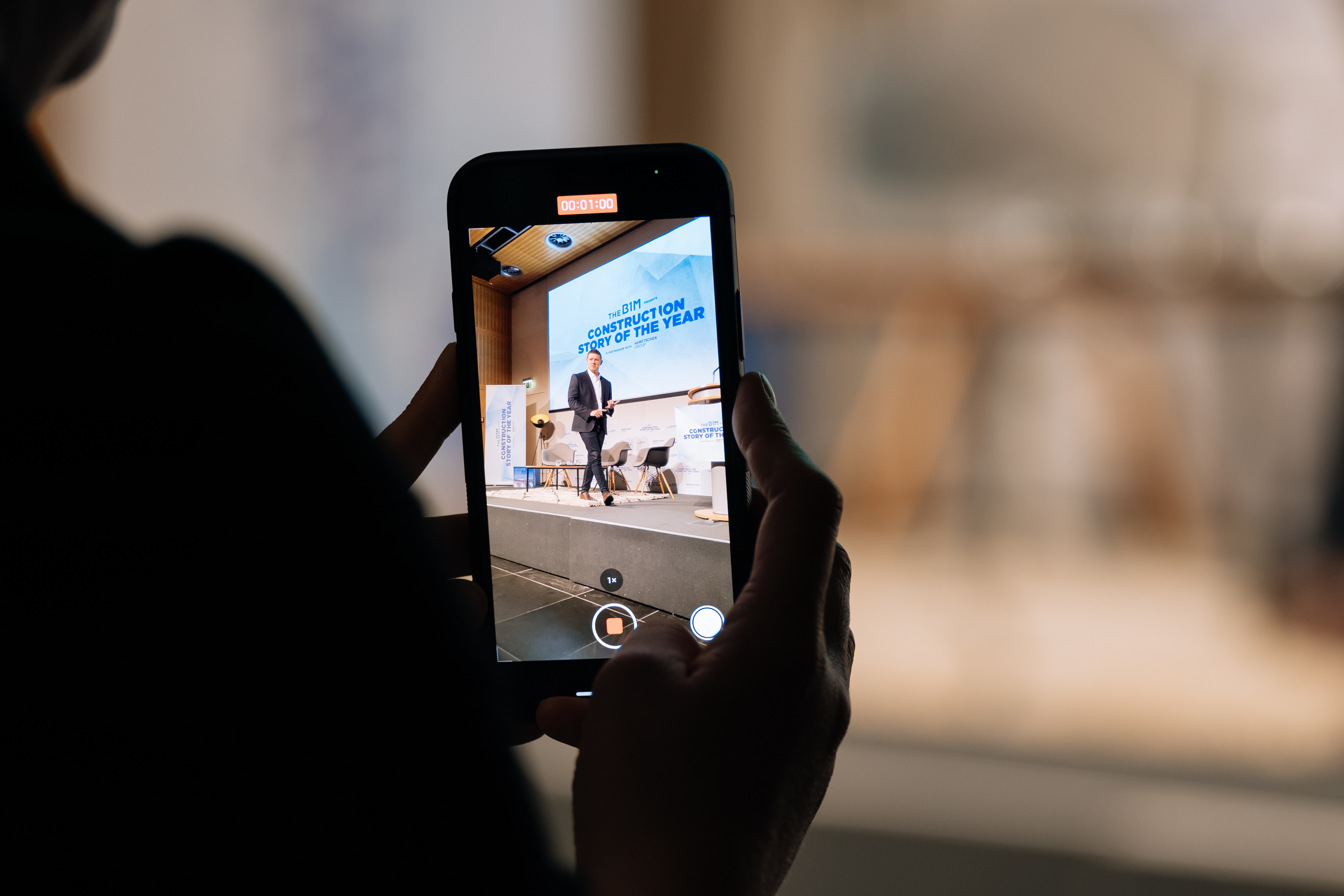 Above and Below: The Construction Story of the Year event at Nemetschek's global headquarters in Munich. 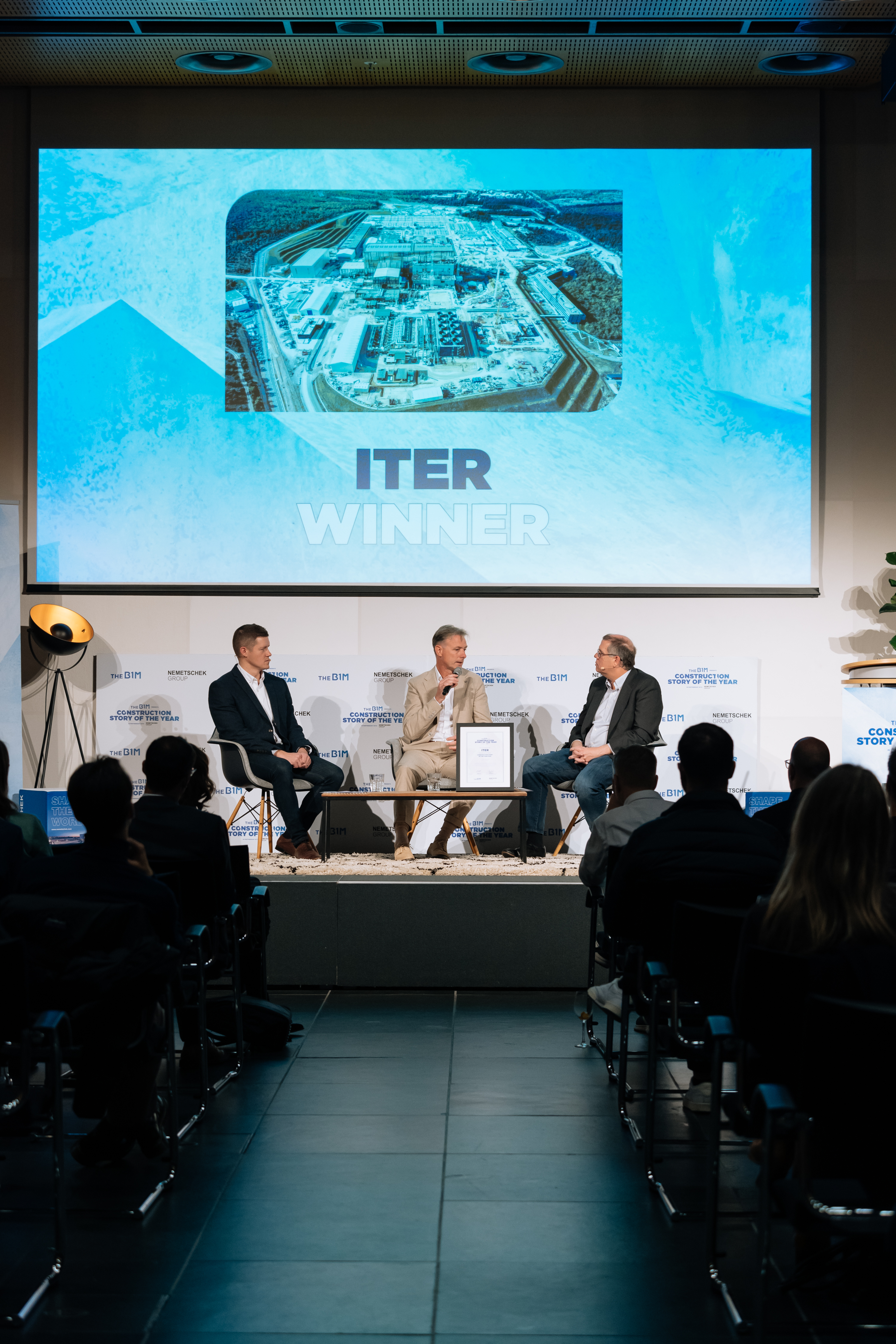 “Selecting a winner was difficult, but in so many ways, a reflection of the incredibly purposeful and inspiring construction stories happening all over the world. These projects are shaping the future of our world – creating spaces for great innovation as well as providing spaces for people to thrive in.”

Construction Story of the Year 2022 was developed by The B1M and Nemetschek Group to highlight the industry’s most impressive and inspiring stories. It sought to find a story that could capture the best of construction and become a beacon for promoting the sector to the wider world.

"The construction industry has a lot of challenges" said Nemetschek CEO Yves Padrines. "We as Nemetschek Group love the idea of shifting the attention to all the amazing work and innovation taking place in the industry. We believe that a positive, innovative, and collaborative spirit is necessary for our industry, and with programs like Construction Story of the Year we can empower creative minds within the industry to pursue their ambitions – and ultimately shape the built world”

Congratulations to ITER and all our finalists, and a huge thank you to everyone that entered this year!