Delhi is one of the largest cities in the world, and it might claim that title outright by 2030. It's also one of the most polluted. While that's not solely down to its notorious problems with traffic, it's safe to say that congestion isn't helping. There are around ten million vehicles in Delhi and hundreds of thousands pass through key intersections each day. Congestion is virtually non-stop.

In 2002, Delhi’s metro system opened, and transformed how people get around the city. But it only goes so far, and doesn’t serve the millions of people in the area around the capital all trying to commute in. And while the city does have railway and ring lines that serve the surrounding area (the National Capital Region, or NCR), some dubious choices in design have left them seriously under-utilised.

Enter the Delhi Regional Rapid Transit System (RRTS). It's a new initiative which will connect central Delhi to cities and districts around the NCR.

Phase One of the RRTS will include three semi-high-speed rail lines, running from the massive new Sarai Kale Khan station at the heart of the capital into the neighbouring states of Uttar Pradesh, Haryana and Rajasthan. 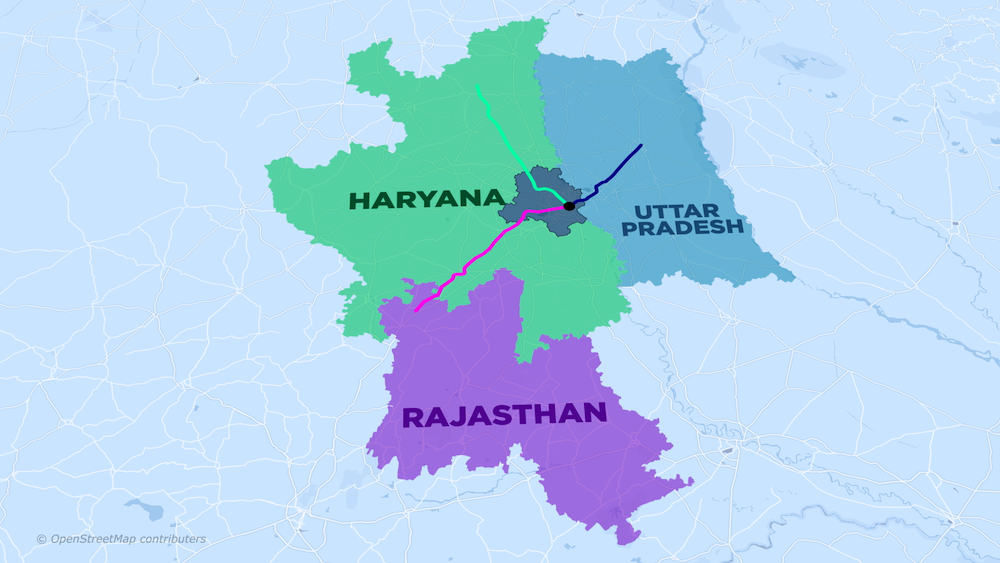 Above: A map of Phase One of the Delhi RRTS

The first of these lines, an 82km corridor heading North-East to Ghaziabad and Meerut, is now in full swing. It’s being implemented by the National Capital Region Transport Corporation, and will see shiny new trains from Alstom — manufactured in India — reaching speeds of up to 180kph. Passengers will get from one end of the route to the other in around 55 minutes, a journey that takes about an hour and a half by road — and that’s without traffic. Some 800,000 people are expected to use it every day, a figure that is sure to go into the millions once the other lines are operational.

The station at the centre of the three Phase One lines will act as the main interchange between RRTS services, the metro and the bus network. A location where multiple transport systems join together is something that Delhi has never really had. To catch a bus having just got off the metro, for example, a lot of travellers have to take long walks or rickshaw rides to make their next connection. With the new hub, that journey can be reduced to just a few steps across the station.

When it’s all done, the plan is to follow up with five more lines, stretching the network even further into the NCR. If that’s accomplished, then Delhi’s new rail system will offer a quicker, more convenient means of transport for millions of people in and around the city.

The route taken by the RRTS is a tricky one. It crosses several of the most densely-populated parts of the city, and also has to deal with the Yamuna River. Most of the line and stations on single piers are being built above ground, at heights of up to 17 metres, which means that less floor space is needed and it’s easier to work around existing structures, roads and other obstacles. 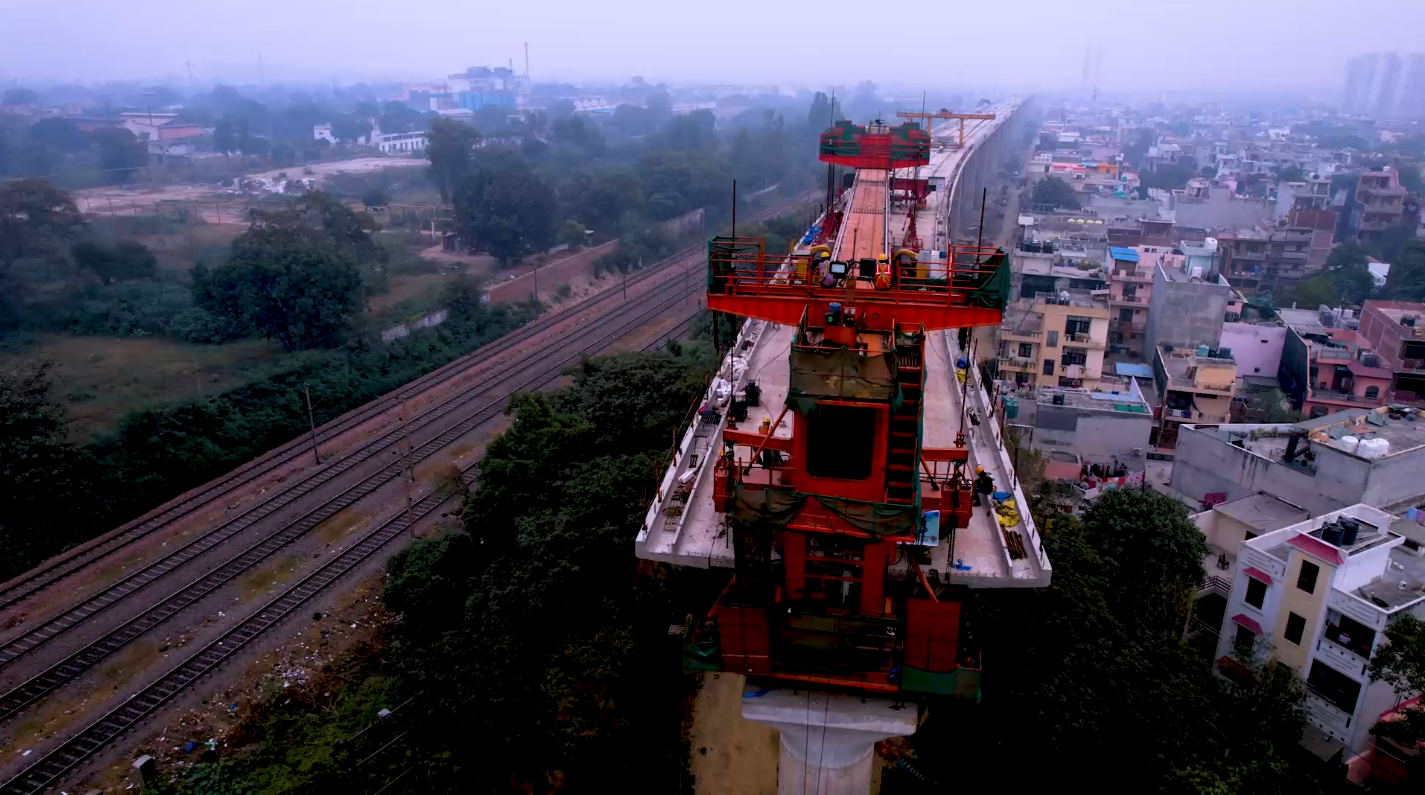 Above: An elevated section of the RRTS under construction. Photo courtesy Delhi Metro Rail Corporation.

As a result, construction is progressing faster than with any other infrastructure project in India’s history. A 17km priority stretch between Sahibabad and Duhai is expected to be operational from 2023, and could be finished quicker, with trial runs set to begin from mid-2022. The target completion date for the whole corridor, which is estimated to cost about USD $4BN, is 2025. Work is also due to start soon on the 12km of new underground sections — four of which will be built below Delhi itself — requiring the use of eight tunnel boring machines.

What the RRTS means for Delhi's future

For a start, travelling by train is far cleaner than travelling by road. One study in 2019 predicted that just the Delhi to Meerut line would take around 100,000 vehicles off the road. Now that might not sound like much from ten million, but when the whole network is up and running you can expect that figure to rise, which will be crucial for tackling those pollution levels: it’s estimated the new system will reduce CO2 emissions in the city by 250,000 tonnes a year.

For too long, the people of Delhi and the NCR have been missing an effective transport system — one that would accompany the new metro — and now it looks like they could be getting one at last. Of course, the RRTS won’t solve everything, and it’ll take more than this to fix both the traffic and pollution problems Delhi is facing. But it’s a good start.