NEW YORK CITY’s subway is massive. With more than 470 stations across four boroughs, it’s really good at getting people in and out of Manhattan. But there’s a problem.

A lot of people don’t actually need to go into Manhattan, and it’s really hard to get to where they do need to go. Despite millions of people living and working in New York City’s outer boroughs, there’s no subway line that really connects them. At least, not yet.

Cue the Interborough Express, the MTA’s latest proposal for a new subway line to connect Brooklyn and Queens via an abandoned freight railway. This could change a lot of people's lives. But building in New York is never easy, and there’s still a lot to do before it becomes reality. 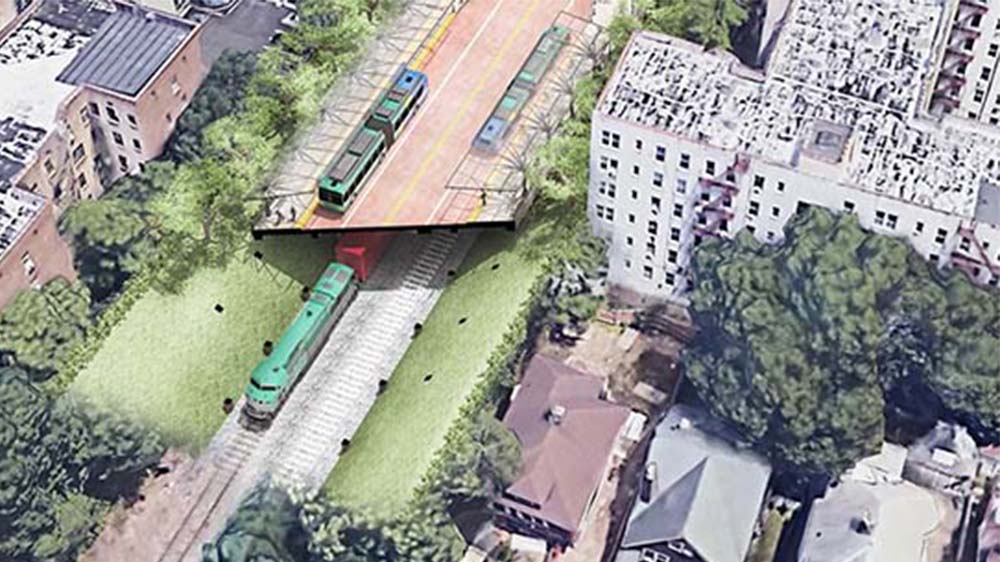 Above: A render of the proposed Interborough Express. Image courtesy of MTA.

It’s not just New York that followed this blueprint. Chicago, Washington DC and Stockholm all have metro networks that radiate out from the city’s central business district. Places like Moscow have built a ring line to connect their outer boroughs, but in New York, the system is still centred around Manhattan. 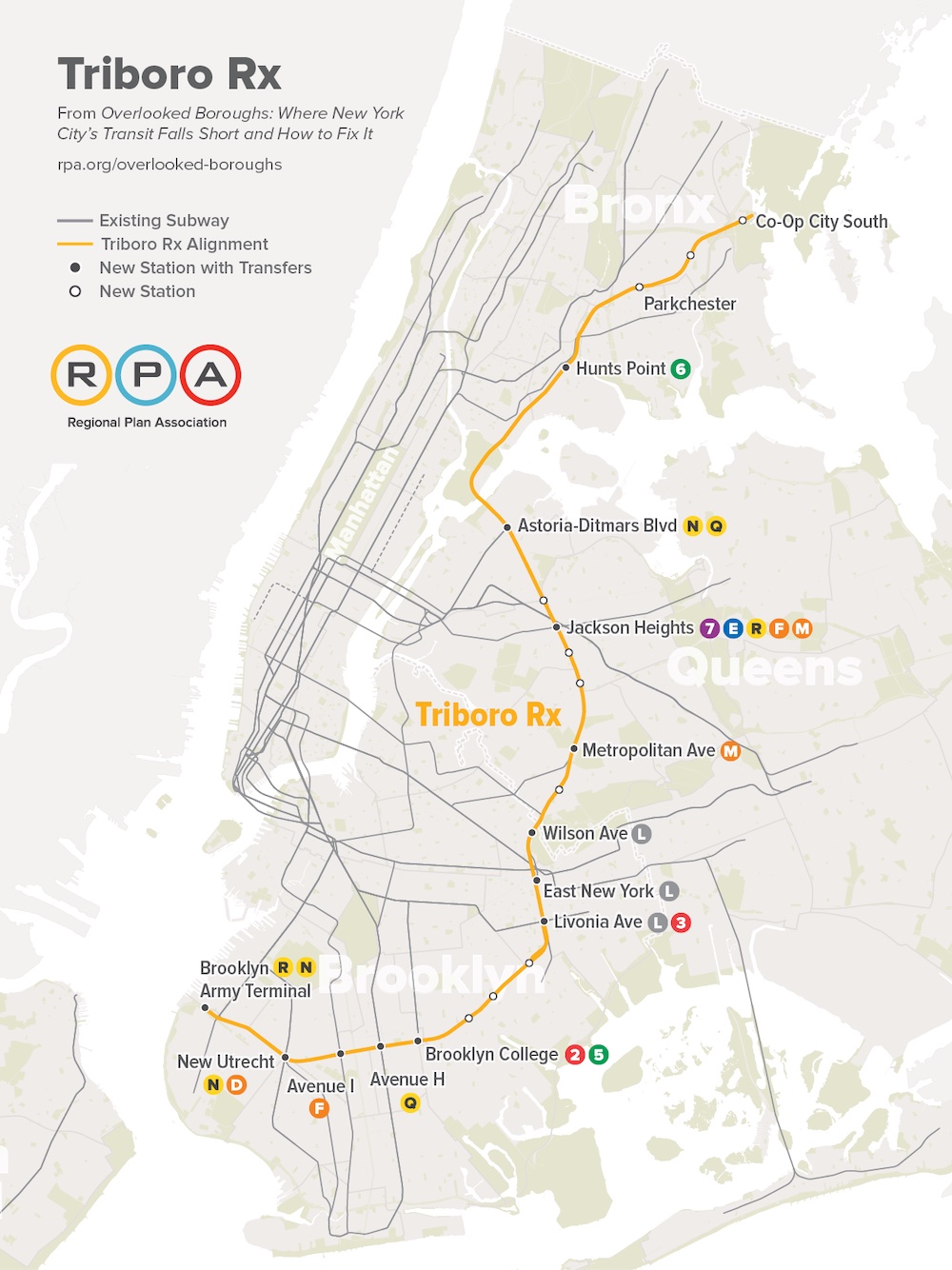 The Regional Plan Association first proposed the idea for a subway line to connect New York City’s outer boroughs in a 1996 report called A Region at Risk.

“We had a lot of proposals in the Region at Risk and some of them hit the mark right away and some didn't,” Zupan said.  “I have to say the Triboro RX was not among those that were even talked about for 10 or 15 years.”

Twenty six years later, that proposal is being revived as the Interborough Express.

“We've gotten a lot more interest in improving transit in the outer boroughs than you had in the 90s because people have seen the job growth,” Regional Plan Association executive vice president Kate Slevin said.

As Manhattan becomes more and more expensive, many people and businesses are leaving the city for the outer boroughs like Brooklyn and Queens. Since the Great Recession, roughly half of New York City’s job growth has happened in the outer boroughs. The area around the Interborough Express is expected to add tens of thousands of new residents and jobs over the next 25 years, according to the MTA’s feasibility report. 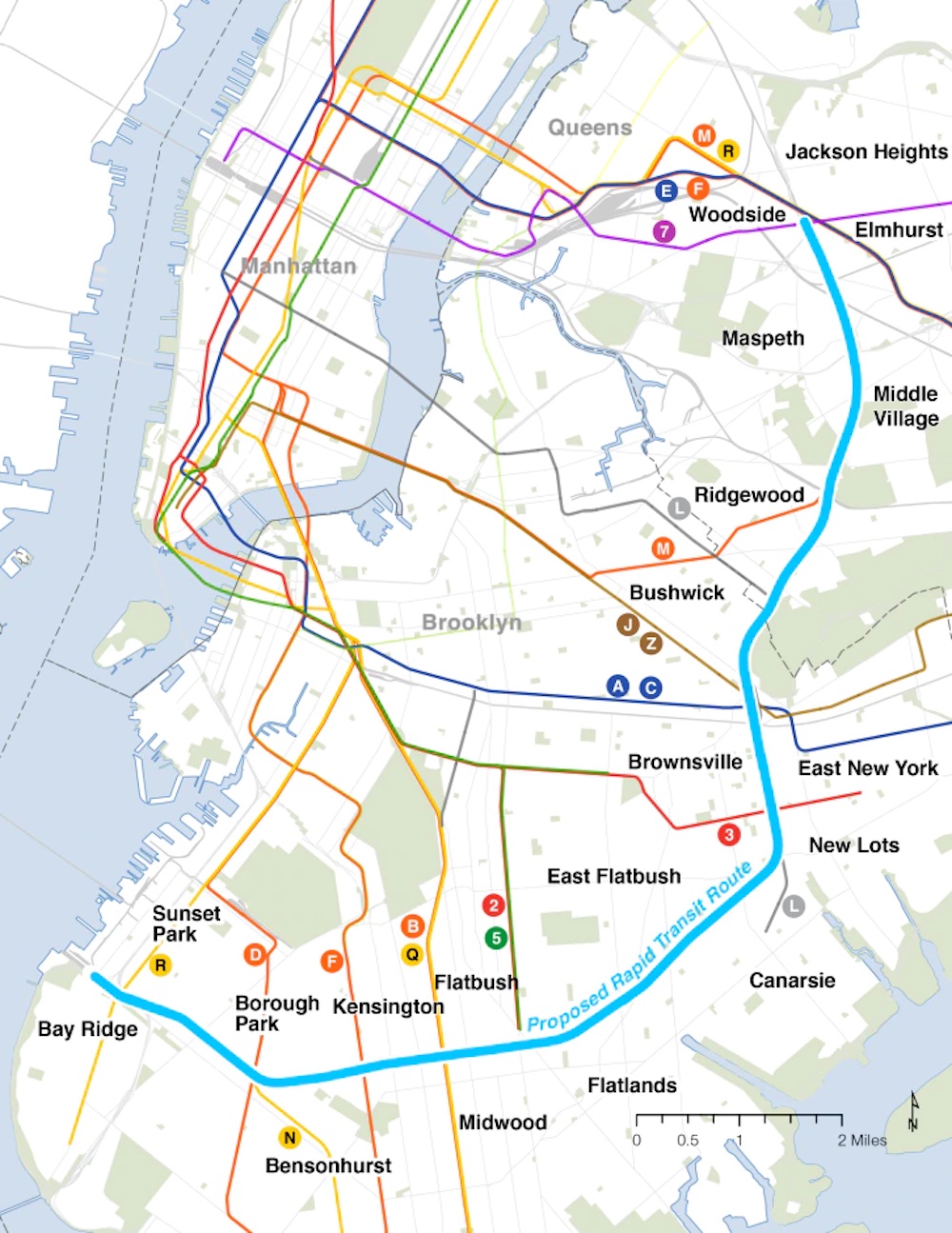 Above: The Interborough Express would connect Brooklyn and Queens. Image courtesy of MTA.

The Interborough Express would run 14 miles from Bay Ridge, Brooklyn to Jackson Heights, Queens in 40 minutes or less.

It would break New York’s pattern of subway lines radiating out from Manhattan,  stretching across two of the city’s outer boroughs and intersecting with up to 17 existing subway lines leading into Manhattan.

The MTA says the Interborough Express would serve up to 88,000 riders a day and could shave more than half an hour from people’s commutes. That could make a big difference to communities which have traditionally been underserved by public transit. Seventy percent of those served by the proposed route are people of colour and three in ten live significantly below the poverty line.

The construction of the line itself presents an interesting opportunity.

There’s already a rail line in place called the Bay Ridge Branch. It opened in 1876 as a passenger service line, but was shut down in 1924 because there weren’t as many tourists going to Manhattan Beach.

Today, the Bay Ridge Branch averages just one round-trip freight train per day.  The plan is for the Interborough Express to repurpose the under-used line to add commuter service, while also building up the existing freight services alongside it. 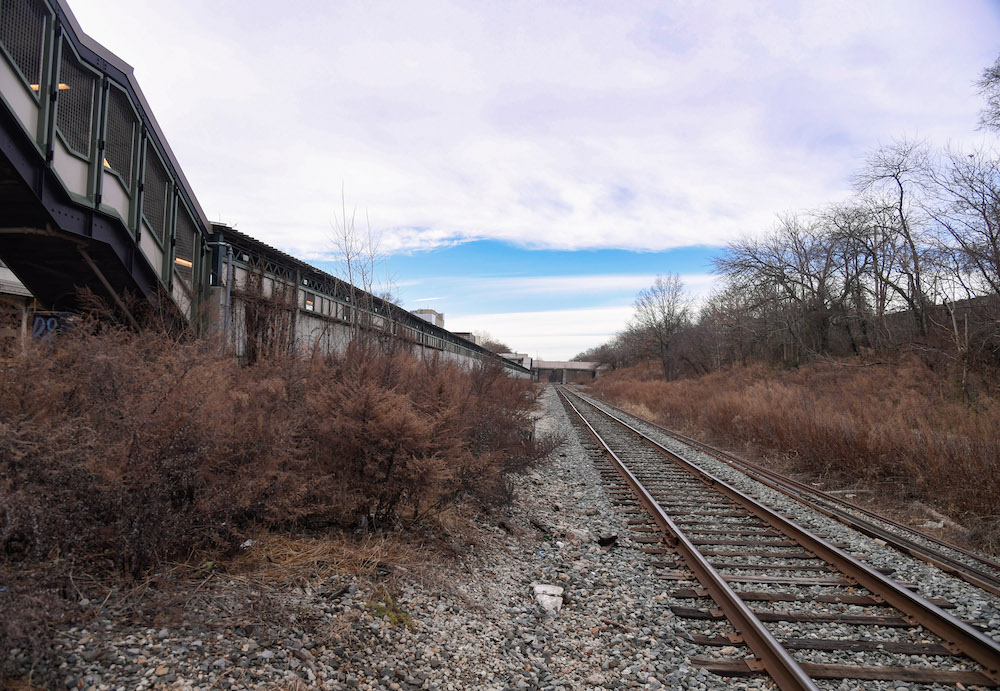 Above: A section of the Bay Ridge Branch freight tracks that would be used as the basis of the Interborough Express route. Image courtesy of Marc A Hermann/MTA

Since the basis of the route is already built, this project should cost much less than building an entire new subway line from scratch. That’ll be a huge selling point as the project seeks funding, given that New York City subway construction is some of the most expensive in the world.

Still, it’s not as easy as just adding passenger carriages to the existing track. There’s a long list of engineering challenges the Metropolitan Transportation Authority will face.

They’ll have to manoeuvre a fuel pipeline that serves LaGuardia and JFK Airports. Elevated segments of the new route would need to navigate road traffic and other subway lines. And there might not be enough vertical space for a new passenger line to weave through some of the existing underpasses.

To make things even more complicated, the air rights above part of the existing route have been sold or leased to private developers. That would mean the MTA needs to construct new viaducts or tunnels to avoid the existing properties - and all that means more time and money. 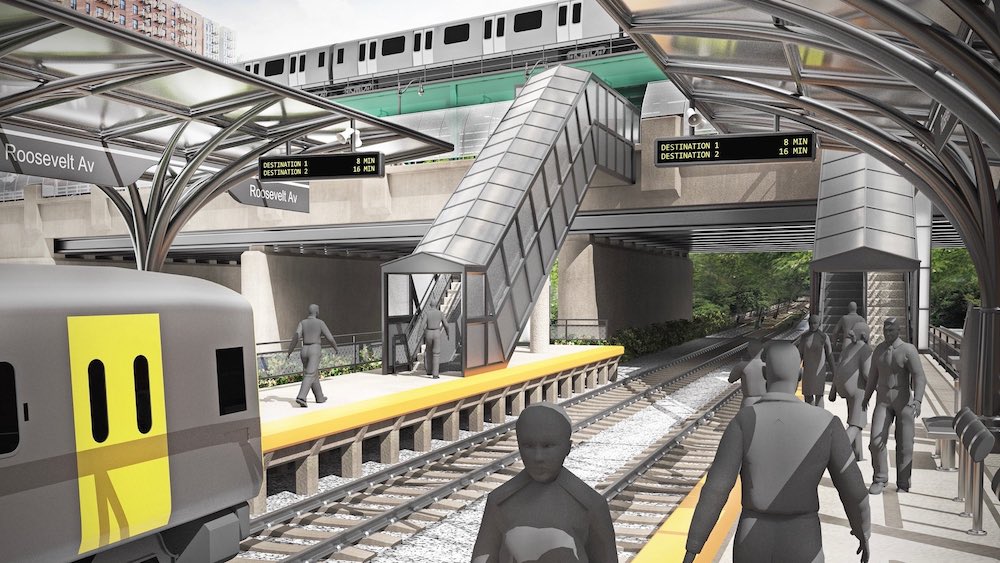 Above: A rendering of a proposed Interborough Express station. Image courtesy of MTA

There are also a lot of question marks around how the Interborough Express would actually work.

It’s not yet been decided which mode of transit the line would be serviced by – conventional rail, light rail or bus rapid transit. And it’s unclear how the project will be financed. The MTA chairman has estimated the cost would be ‘single digit billions’ and take 3-5 years of construction.

The proposal is also missing a key part of the RPA’s original Triboro RX proposal – the connection with the Bronx. Some Bronx residents have said they’re left out of the Interborough Express plan. And State Senator Jessica Ramos has called on the governor to connect that borough too.

There’s a way to go before the Interborough Express becomes a reality. But it’s a rare opportunity to take something old and make it new again.

And in a city with some of the biggest stations and more subway lines than you can keep track of, one the most impactful projects might be sitting right in front of us, just waiting to be built.