Why Aren't We Using Design Review Standards in the UK?

What if we put aside our competition and all agreed to use the same standards when reviewing design information? What would that mean for efficiency and productivity in the UK industry? In this ground-breaking roundtable event, The B1M teamed-up with Bluebeam to bring four of the UK’s largest general contractors together and discuss just that.

EVERYDAY, countless comments are exchanged on design plans around the world as projects teams work to deliver our built environment – from skyscrapers and bridges to critical transport infrastructure and our homes.

As the construction industry goes digital, these comments increasingly take the form of mark-ups on portable document format (PDF) files that are shared between people in a “common data environment” or CDE; a shared space that all parties have access to in the cloud. 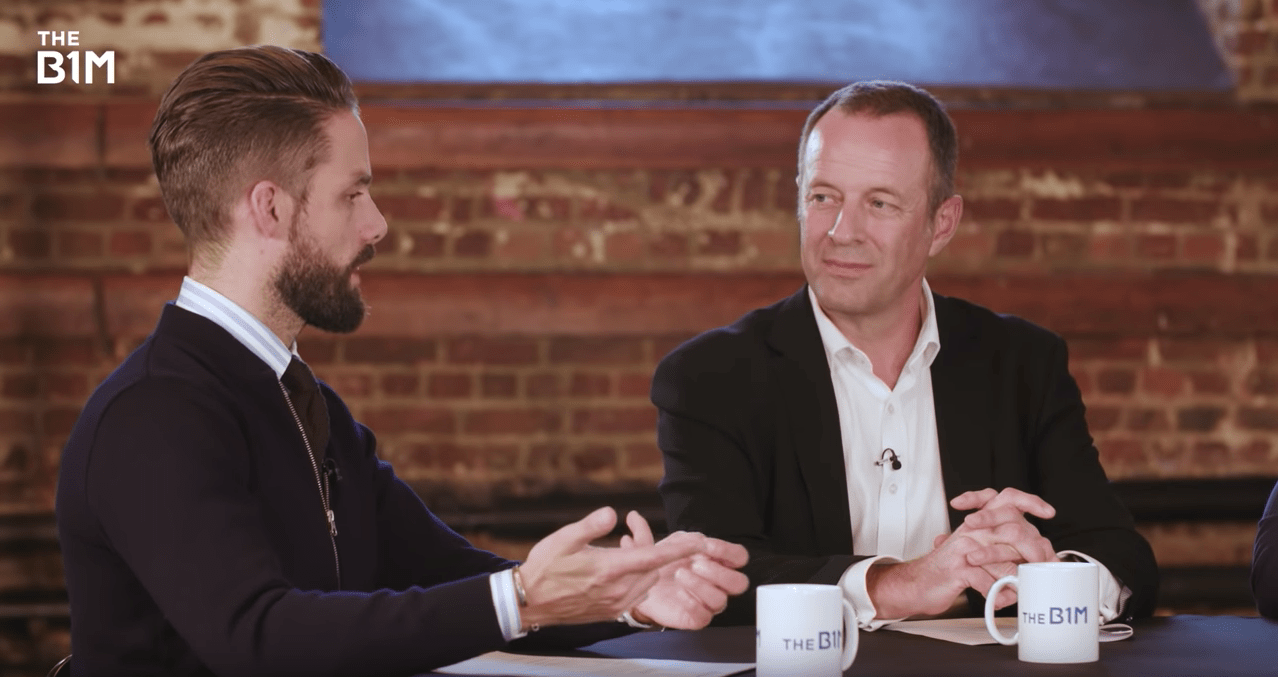 Above and Below: The B1M and Bluebeam brought four of the UK's largest contractors together to discuss design standards for the industry. 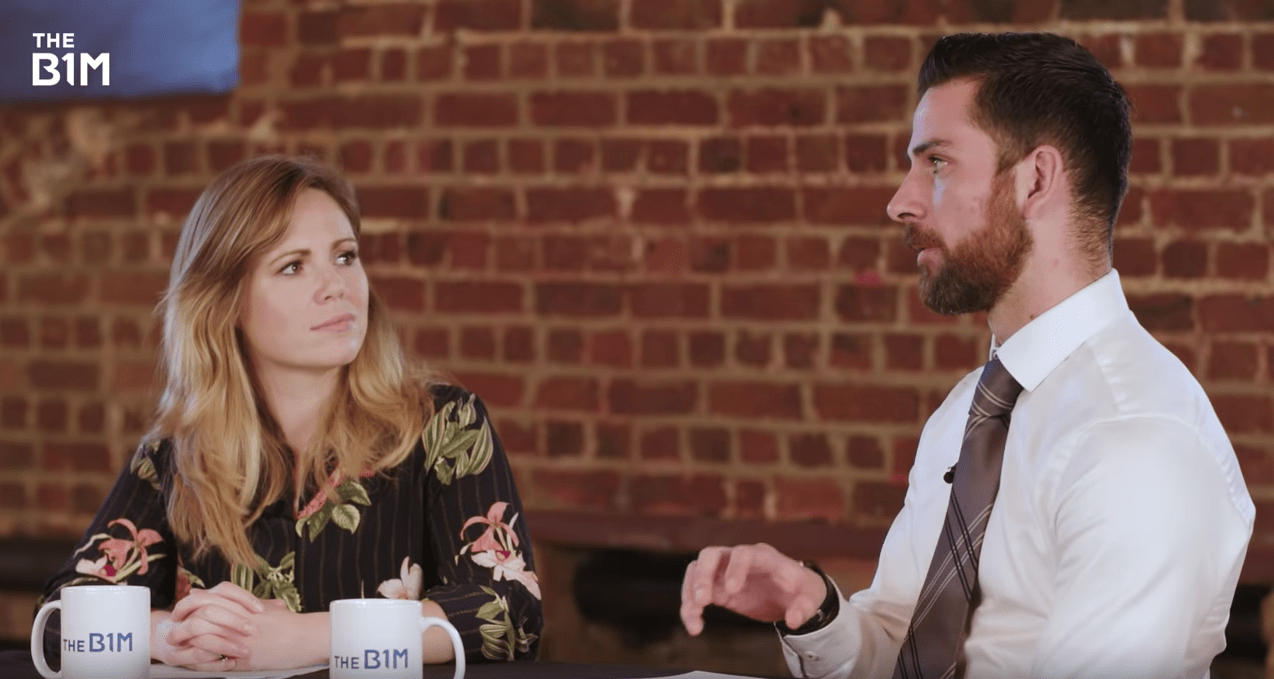 However, in the United Kingdom (UK), as with many other markets, different design review standards are employed by different tier one general contractors, despite these contractors working with many of the same design teams and sub-contractors.

The result is confusion between businesses that can lead to errors and inefficiency on schemes. 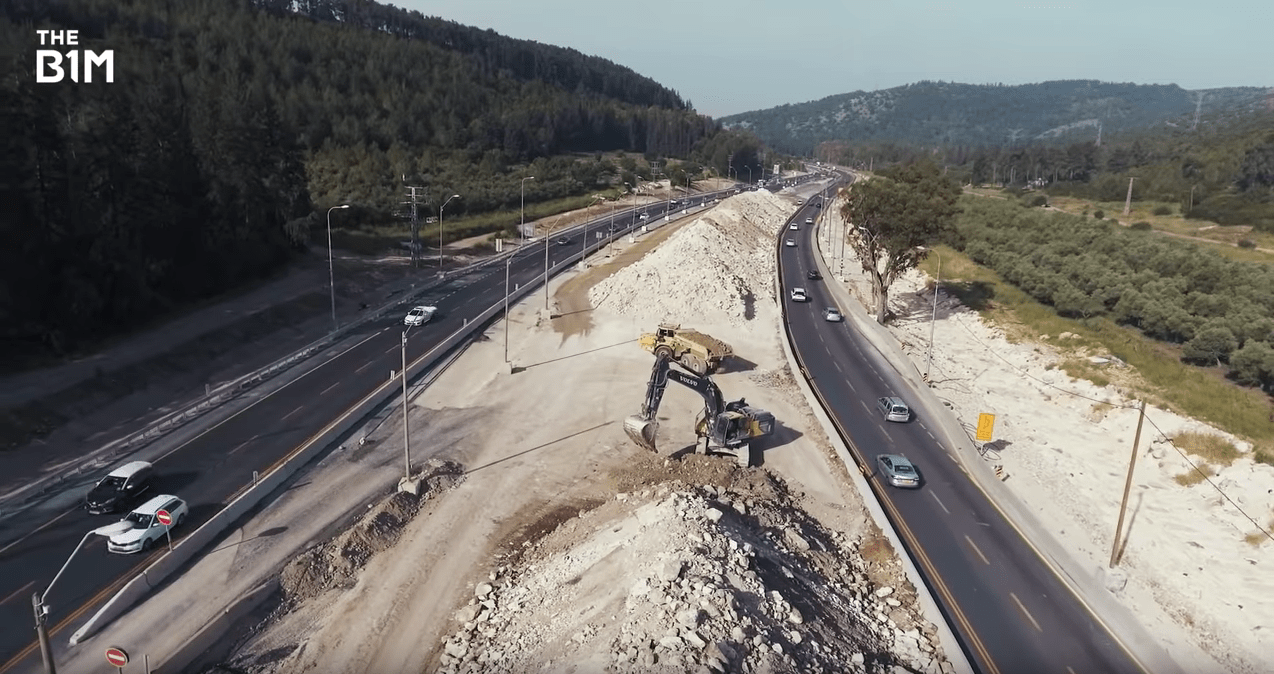 In 2017, five of Sweden’s largest general contractors put aside their competition to come up with a set of design review standards that would make everyone’s lives easier and much more efficient.

Almost two years on, their award-winning initiative has seen standards adopted nationally in Sweden with overwhelmingly positive feedback to date.

To begin the process of achieving a similar standard in the UK industry, The B1M teamed-up with leading construction technology firm Bluebeam to bring four of the country’s largest general contractors together around the same table; Multiplex, Osborne, Skanska and Willmott Dixon.

Their ground-breaking discussion, chaired by myself as co-founder of The B1M, was captured in the roundtable film above.

WHAT HAPPENED IN SWEDEN?

It all began when Jimmy Forsberg, a business development manager with Skanska’s Swedish business, spoke to a competitor at an industry event.

“We came to the conclusion that we are both doing design review but with a [different] standard within each company” explains Forsberg. “We realised we were doing very much the same thing with some minor tweaks.”

Recognising that their businesses were not competing on how design information was marked-up – and identifying an opportunity to standardise in order to drive efficiency – Forsberg and others began reaching out to similar companies.

“We started to call up people and email people, that’s when we realised we had brought together the five biggest contractors in Sweden” says Forsberg.

Comparing standards and looking for similarities between them, the group identified numerous areas of overlap along with opportunities to improve their respective systems. 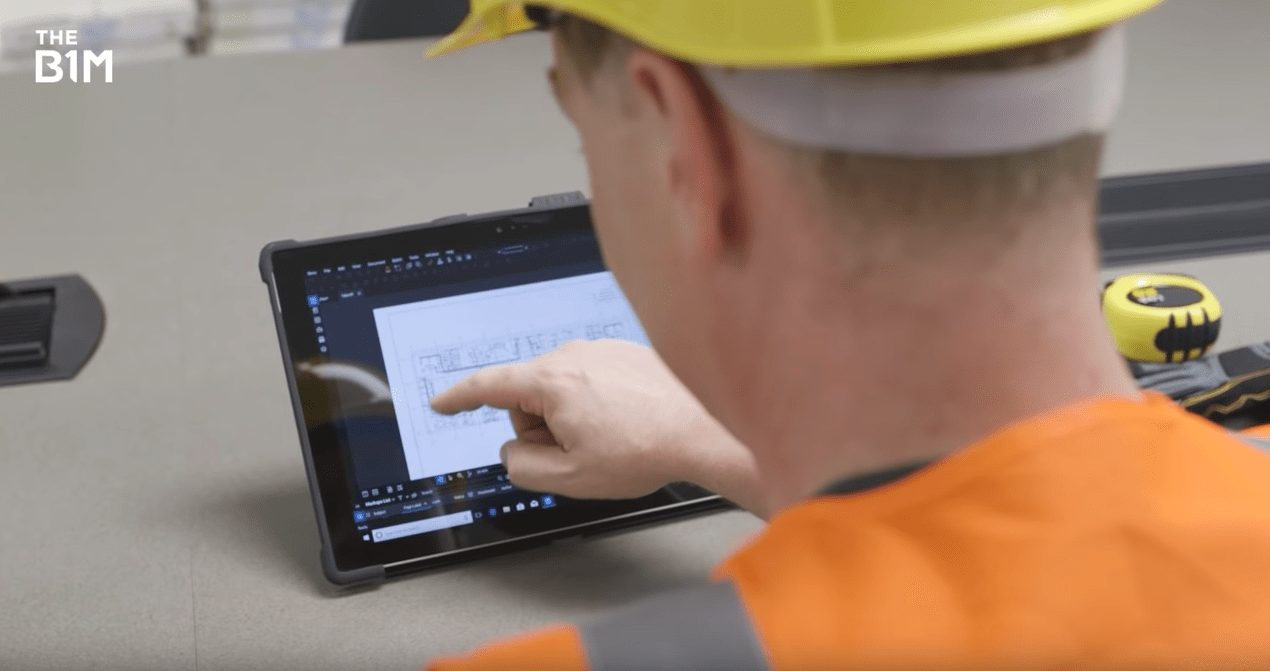 Above: Cloud-based technology has increased the need for a design review standard that contractors can follow across multiple projects.

Supported by Bluebeam’s Vice President of Industry Advocacy Sasha Reed, who is involved in a similar initiative in the United States (US), the group settled on some basic rules before seeking funding from Svenska Byggbranschens Utvecklingsfond (SBUF), Sweden’s office for funding innovations in national standards.

Soon after, the Byggbranschens Elektroniska Affärsstandard (BEAst) – the office that decides whether to adopt standards – threw their support behind the project.

The result is a “tool chest” of agreed standards for marking-up PDF design information under review on a project, largely focused on the colour-coding of comments according to their status.

Despite all five contractors in Sweden using Bluebeam, the standards have been developed agnostically and can be applied by any project team, regardless of the software they are using.

“It’s giving people a way into digital construction that doesn’t have a badge on it. It is just using technology to do something that they have to do anyway, better.”

HOW COULD WE ADOPT THIS IN THE UK?

Learning from successes in Sweden, the steps needed to implement a similar set of standards in the UK market were explored around the table.

Chadwick agreed that businesses are not competing with each other on review standards and highlighted a need to overcome that mindset:

“There are lots of circumstances where different combinations of companies within the industry do collaborate, so it is a behaviour we can demonstrate when we put our minds to it. But our default seems to be that, other than that, we need to be in competitive mode. That is clearly not where we are with digital construction because we are all [still] learning how to do it.” 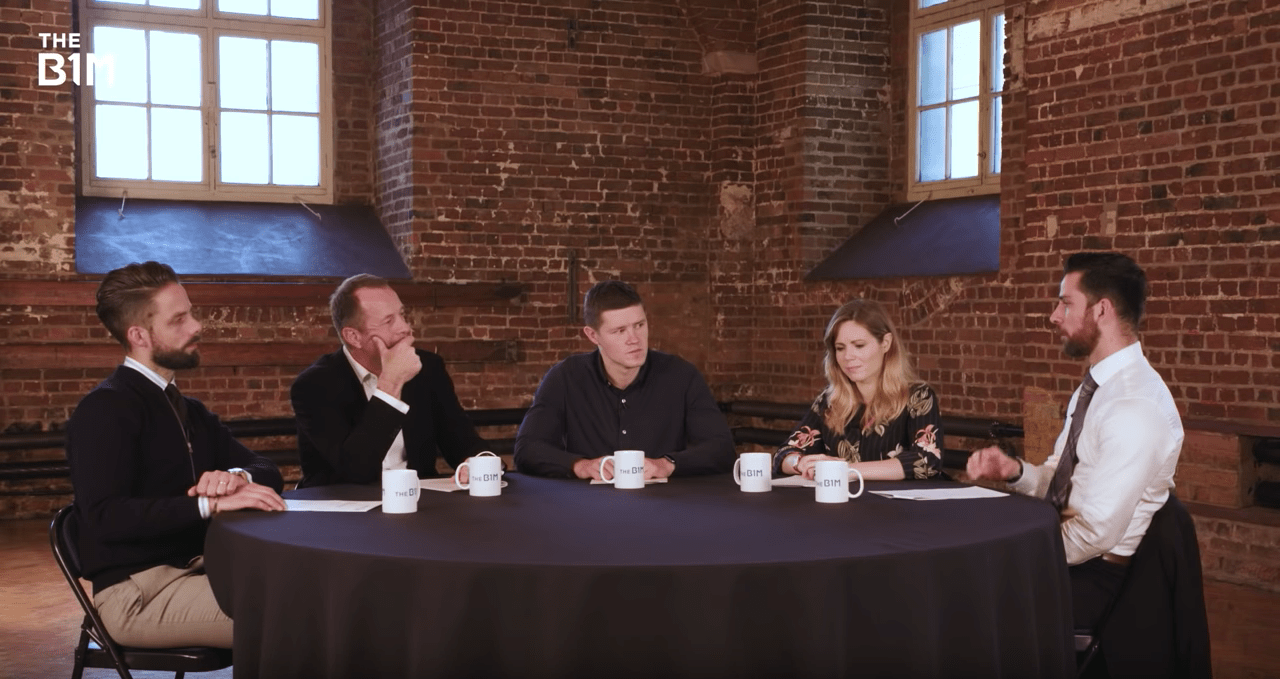 Above: The steps needed to implement a UK standard under discussion at the roundtable.

Andrew Gamblen, digital manager at Willmott Dixon’s Hitchin business unit, concurred with Chadwick and underlined that contractors, in fact, compete on how they use information:

“You create that base set of data that everyone can manipulate, and you are not losing any competitive edge between contractors because it’s how you manipulate that data that provides you with the productivity and efficiency moving forwards.”

“This is a leading light on what can be done between large contractors” added Gamblen.

Parking competition and having an open conversation may sound like a small step, but it’s huge in an industry where the largest projects are fiercely fought over and where margins for general contractors are practically non-existent.

In such context, the progress in opening a conversation between four of the largest contractors at this roundtable was noted by all as a useful first step. 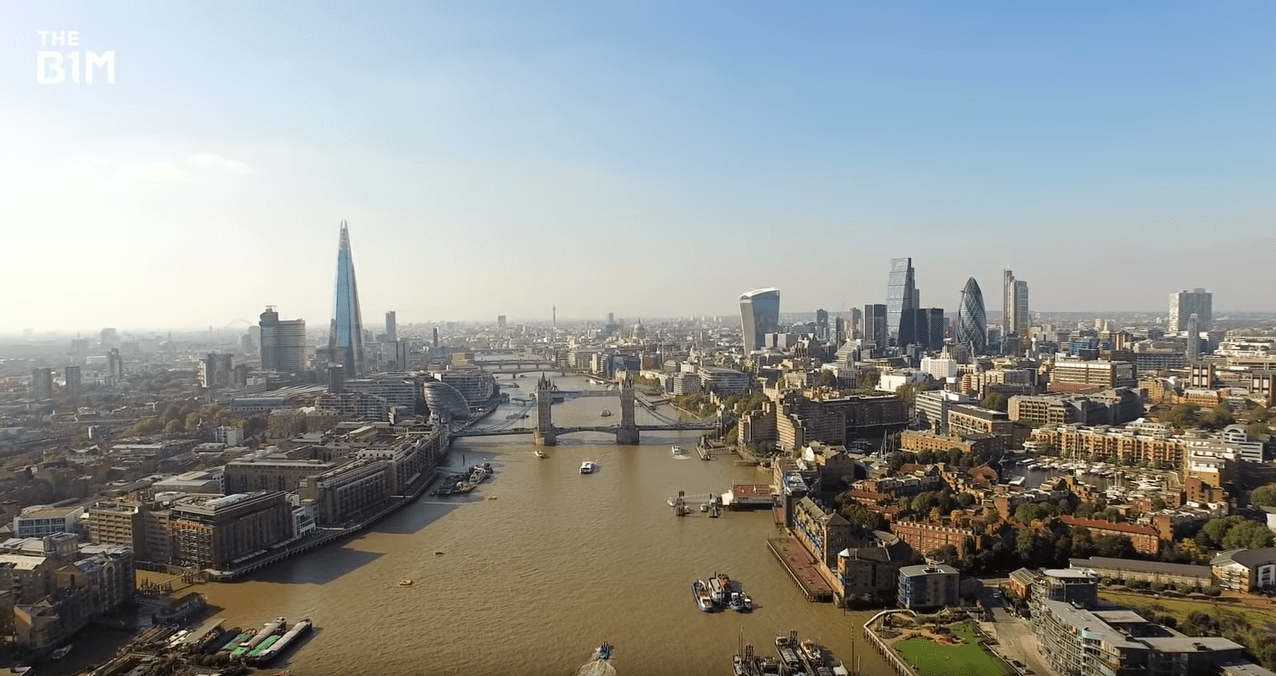 Above: Developing a UK-wide design review standard could increase efficiency and productivity.

Looking past the crossing of that initial threshold, the wider benefits of developing design review standards on efficiency where clear.

Vicki Holmes, learning partner at Multiplex, welcomed the progress made in Sweden and explained how a consistent approach could help unlock efficiencies within larger organisations:

“The keyword that is thrown around when we are talking about digital construction is standardisation. Maybe coming up with something industry-wide would assist organisations who are very large, have lots of projects and a bit of disparity to begin to standardise [internally] because someone else has almost done the leg-work for them.” 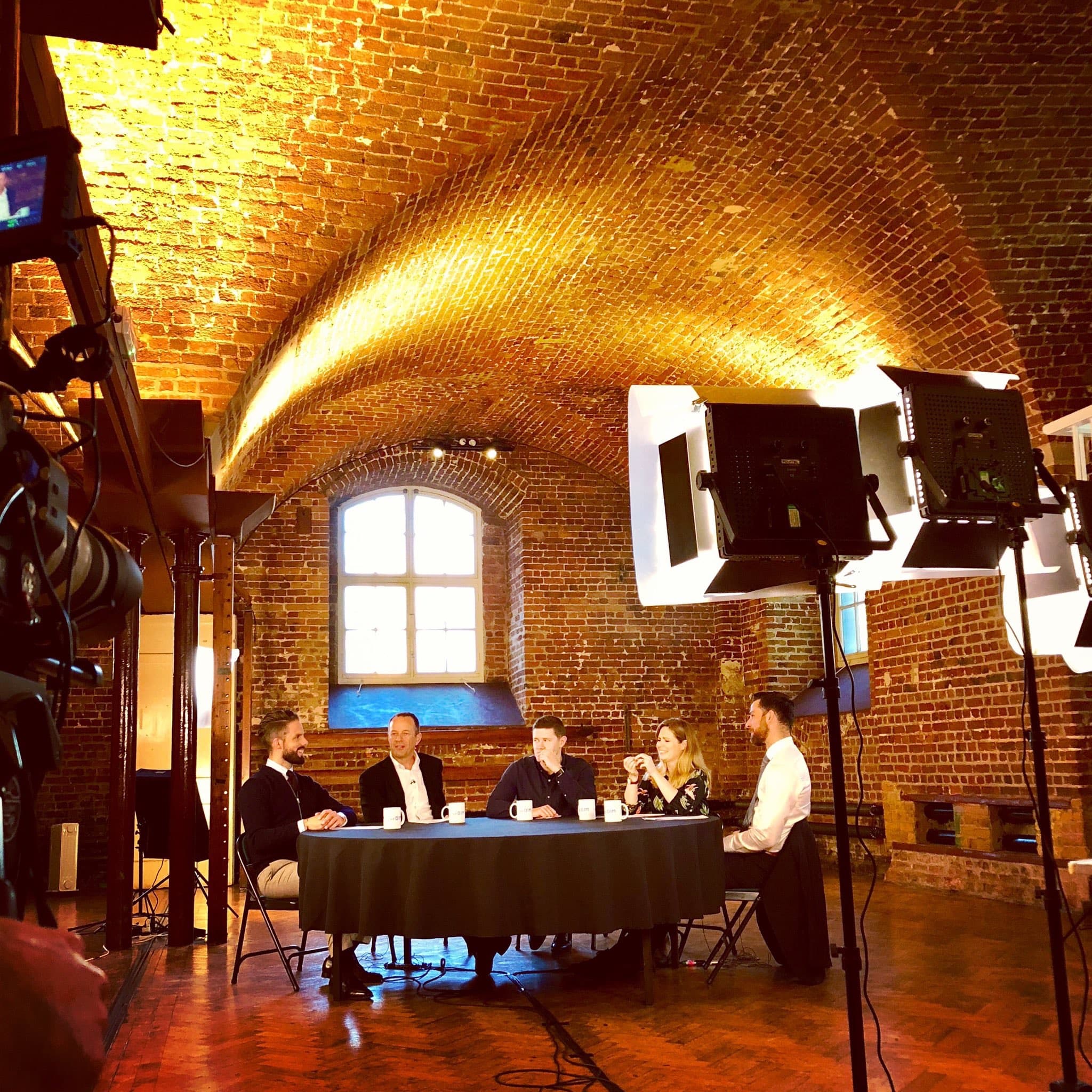 Above: The B1M's roundtable set in London.

The benefit of standardisation could also easily extend beyond the design review process:

“This could be adapted to other aspects of digital construction, which would make the whole UK industry that much easier to work within” explains Gamblen.

Starting a conversation between organisations proved the key to further successes Sweden and was agreed by all as the most important first step in the UK.

Following the roundtable, representatives from all of the contractors present, together with The B1M and Bluebeam, are meeting to explore the next steps in achieving a UK-wide design review standard. If you are willing to embrace such a standard and would like to join the discussions, please contact us.

Whilst this activity is currently focused on the UK market, learning from the progress achieved in Sweden and in time from the UK could easily be applied in other markets around the world.

Our thanks to Bluebeam, Multiplex, Osborne, Skanska and Willmott Dixon. You can learn more about Bluebeam here.