WHILE “skyscraper” is an extremely well-known term, and many people were made aware of “groundscrapers” by Google – who popularised the concept with plans for their new London headquarters – there is another term that is less well-known: “earthscrapers”.

In our groundscrapers video we stated that these long, ground-hugging buildings were the opposite of skyscrapers. But as one of our viewers pointed out in the comments: “surely the opposite of a skyscraper would be an underground building?”

In fact there is a name for a building that extends from the surface, deep underground. These inverted skyscrapers are known as “earthscrapers”.

WHAT DEFINES AN EARTHSCRAPER?

While countless structures are buried underground, such as car parks, arenas and laboratories these are not earthscrapers.

Earthscrapers are best described as an inverted skyscraper. They start at ground level and then extend a considerable distance downwards from the surface. 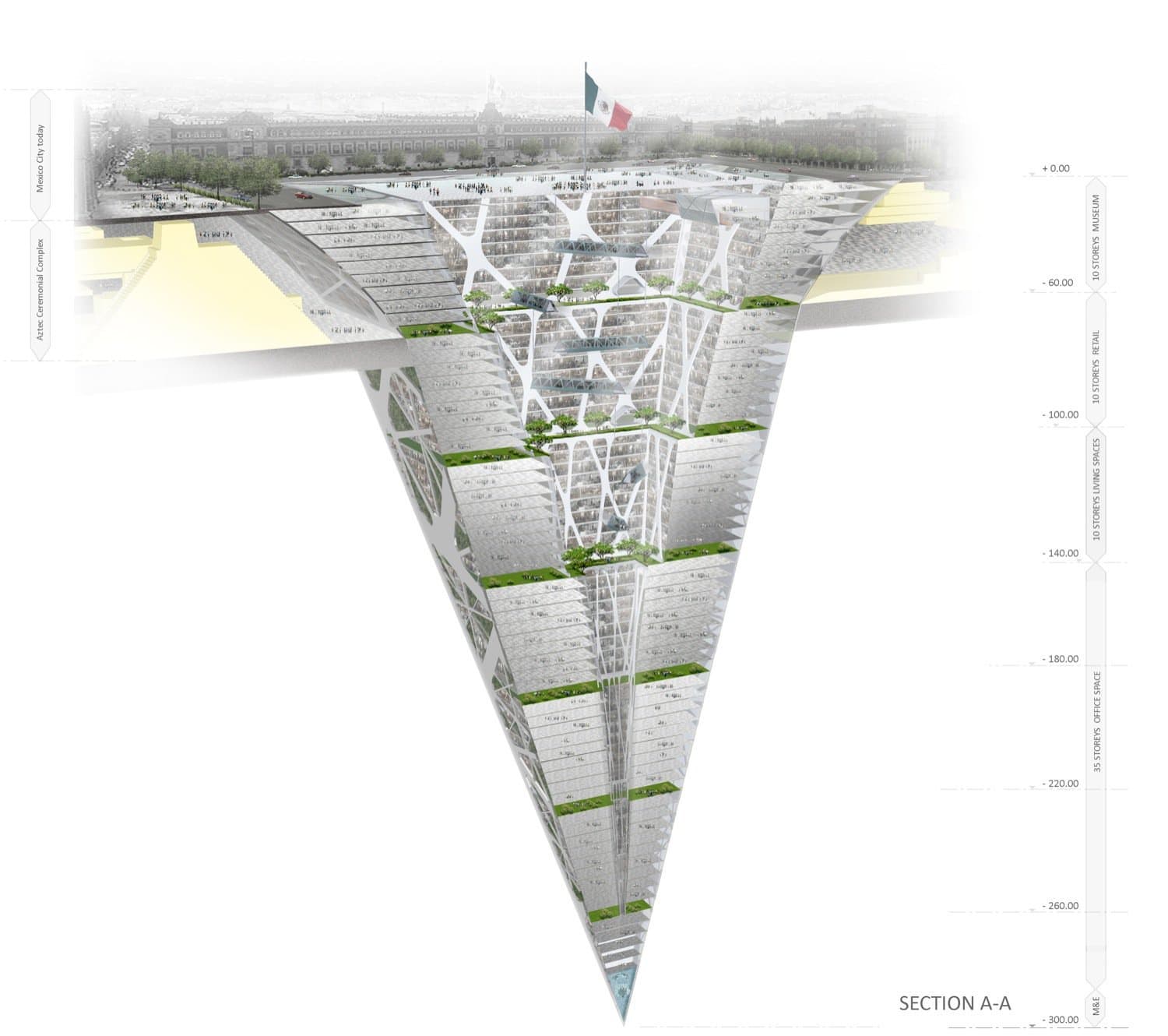 Above: Earthscrapers extend downwards into the earth (image courtesy of BNKR Arquitectur).

Although an extremely interesting concept, at present earthscrapers only exist as design concepts, either in fiction or architectural proposals. None have yet been built, as far as we are aware.

The best-known proposal to actually build an earthscraper was an entry to the Evolo Skyscraper Competition in 2012 by Mexican architectural practice BNKR Arquitectur.

Plunging 1,000 feet into the earth (around 300 metres), the inverted pyramid is intended to contain a 10-floor museum, 10 storeys housing and 10 storeys of retail units, all above 35 storeys of subterranean office space. 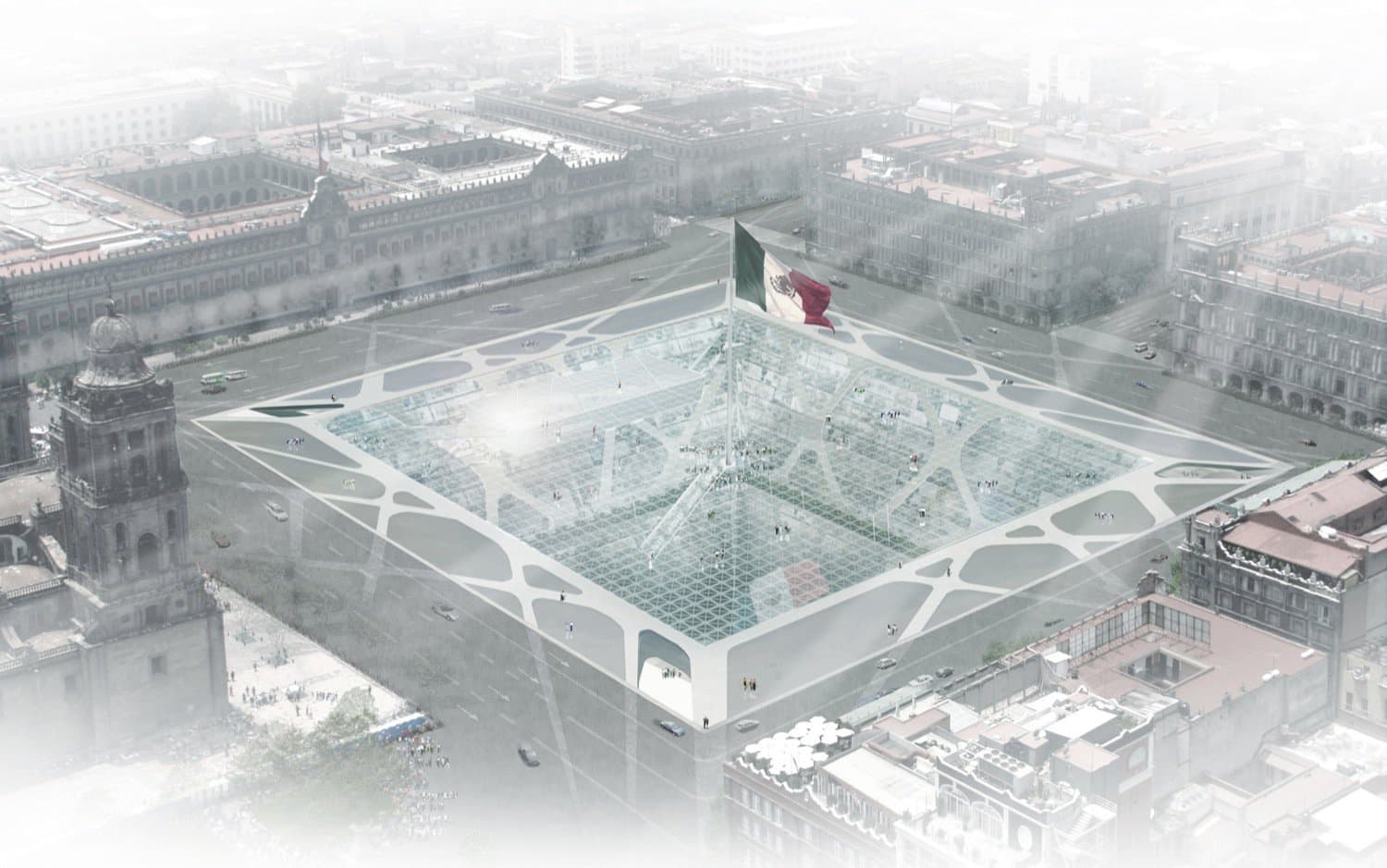 All of these habitable spaces are arranged around a central void that allows light and ventilation into the structure. This vast hole would be covered with a glazed roof, acting as a floor surface in the square above.

According to BNKR Arquitectur the ambitious plan is a solution that responds to Mexico City’s height regulations limiting new structures to eight storeys in the historic centre, and a huge demand for centrally located property. 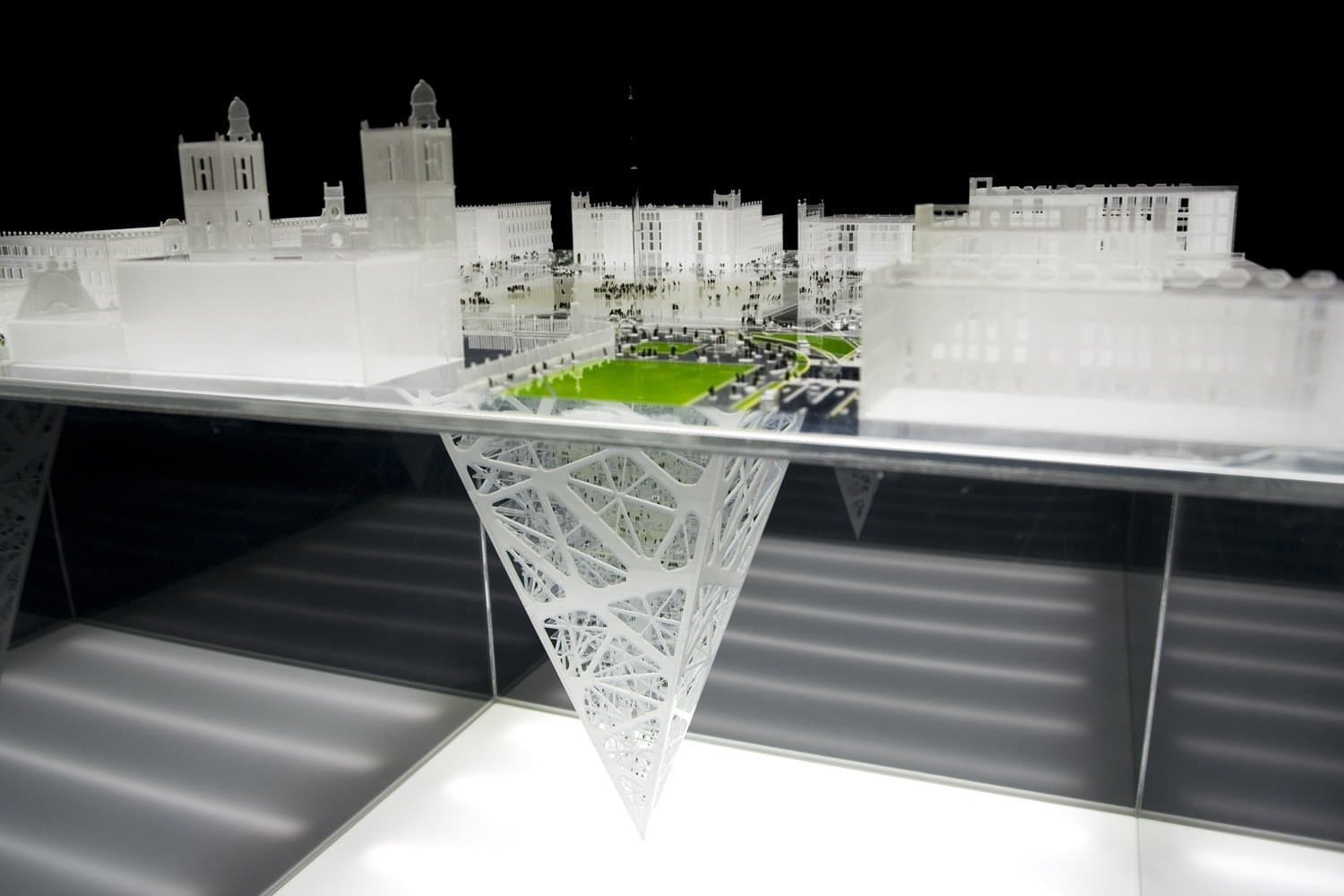 Above: The upside down pyramid would extend 1,000 feet into the earth (image courtesy of BNKR Arquitectur).

However, there are many structural, logistical and regulatory barriers for the project to overcome, and for the time being this earthscraper does not look like being built.

Along with this Mexican example there are several historical examples of earthscrapers, the most notable being one which was featured in a 1931 issue of Popular Mechanics.

Described then as a “depthscraper”, the cylindrical tower made from a steel frame and "armored concrete", was proposed to extend 35-storeys into the ground. 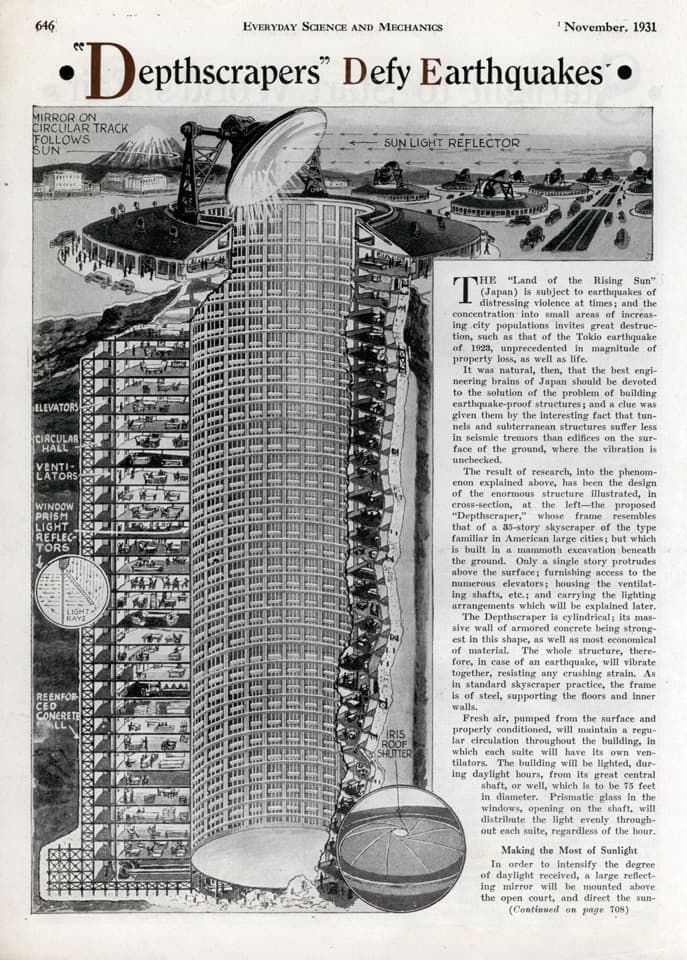 Above: The design for a "depthscraper" in Japan.

In this case the motivation for the structure was to provide a residential engineering solution for surviving earthquakes in Japan.

Whilst there are no earthscrapers at present, the continued growth of our cities is placing pressure on central urban areas and driving a number of innovative proposals (such as "micro apartments"). In such context, it's not a leap to imagine these remarkable structures becoming a reality one day soon.

DO YOU KNOW OF ANY EARTHSCRAPERS? Let us know in the comments below!

Images courtesy of BNKR Arquitectur. We welcome you sharing our content to inspire others, but please be nice and play by our rules.

The Elizabeth Line is on the Right Track