A VAST new office development is being proposed on a site adjacent to Waterloo station - the UK's busiest rail terminal - as shown in this video from developer HB Reavis.

The new scheme is set to replace an existing 1960s office complex called the Elizabeth House, which has been earmarked for re-development from as early as 2003. 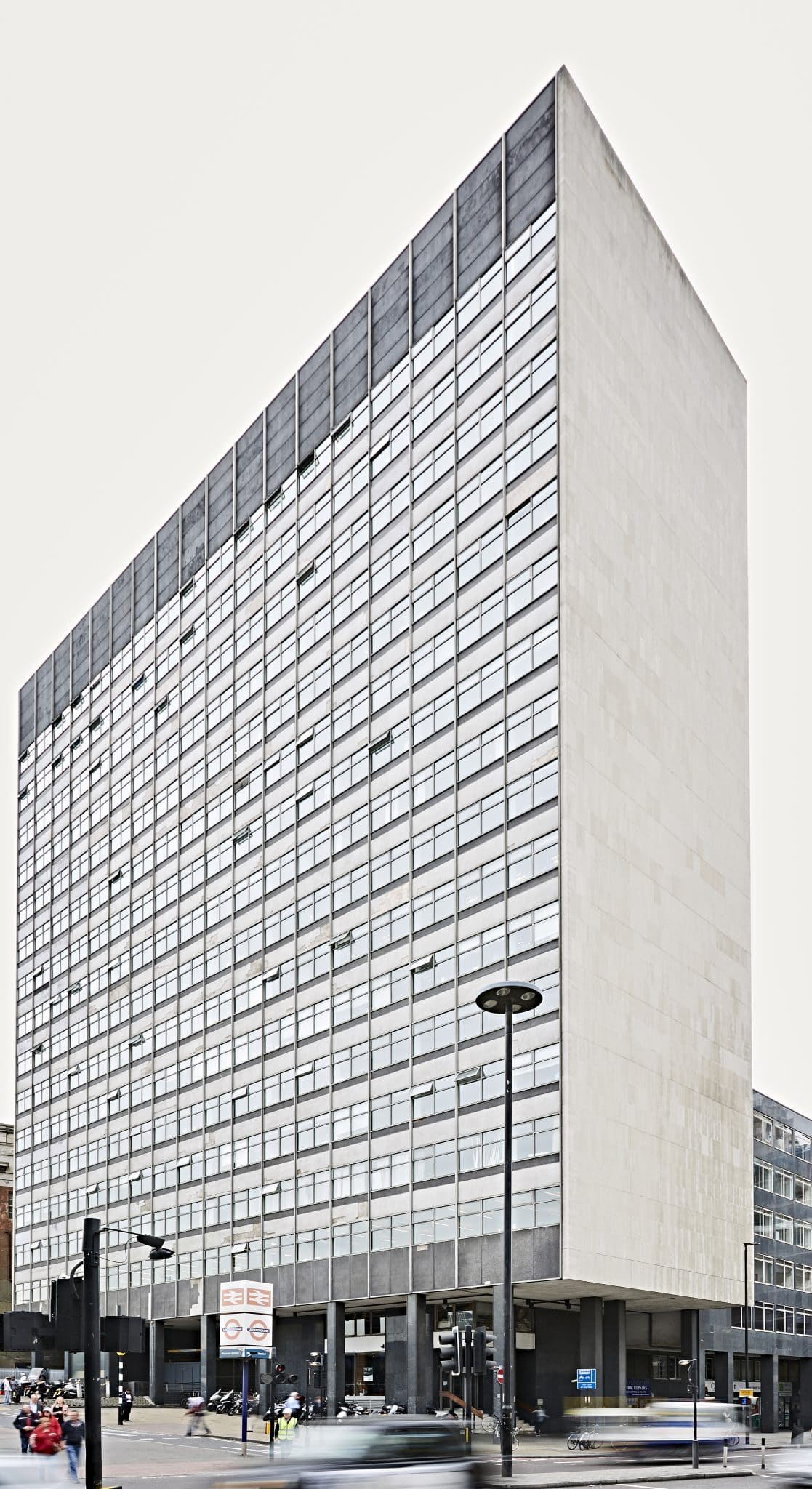 Above: The current site of the proposed development features a dated office building from the 1960s (image courtesy of HB Reavis).

An earlier project to redevelop the site, designed by David Chipperfield Architects, featured a stepped 29-storey tower flanked by a 10-storey building.

That structure was set to contain more than 68,000 square metres (730,000 square feet) of office space as well as 142 new homes, retail units and public space improvements.

However, following an acquisition of the site by HB Reavis in May 2017 for £250 million, a redesigned scheme, which plans to eliminate all housing from the proposal and replace it with offices, has been made by architecture practice AHMM and engineer Robert Bird Group. 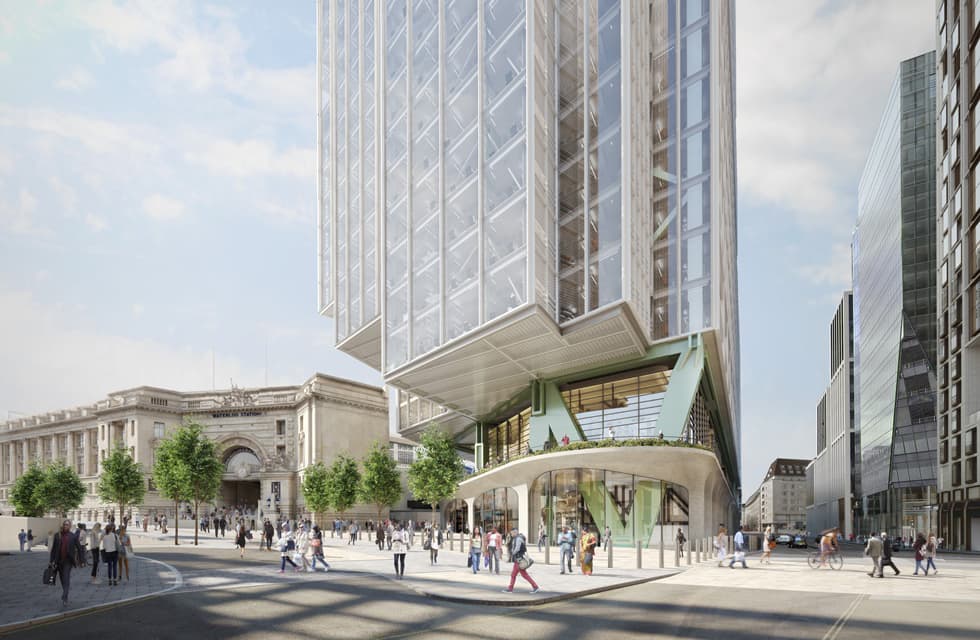 Above: The scheme was redesigned by architecture practice AHMM (image courtesy of Miller Hare).

The £1.5 billion scheme is currently undergoing consultation before it is submitted to planning. 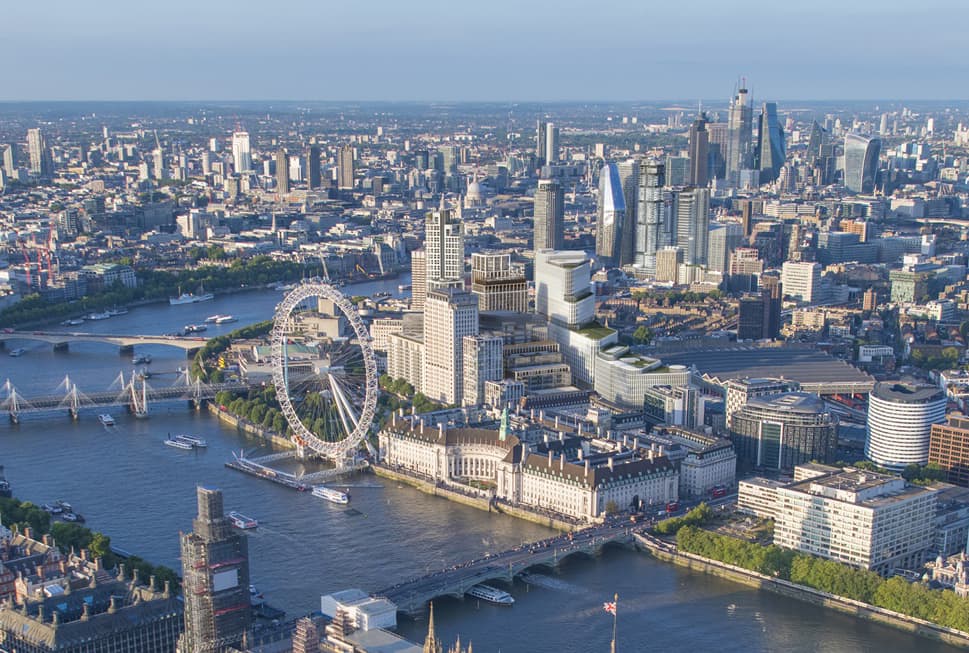 Above: The new scheme is designed to compliment the developments in the area (image courtesy of Miller Hare).

AHMM's proposal broadly respects the building volumes proposed by Chipperfield, but adds an elevated garden between the building's ground floor retail spaces and office floors above. 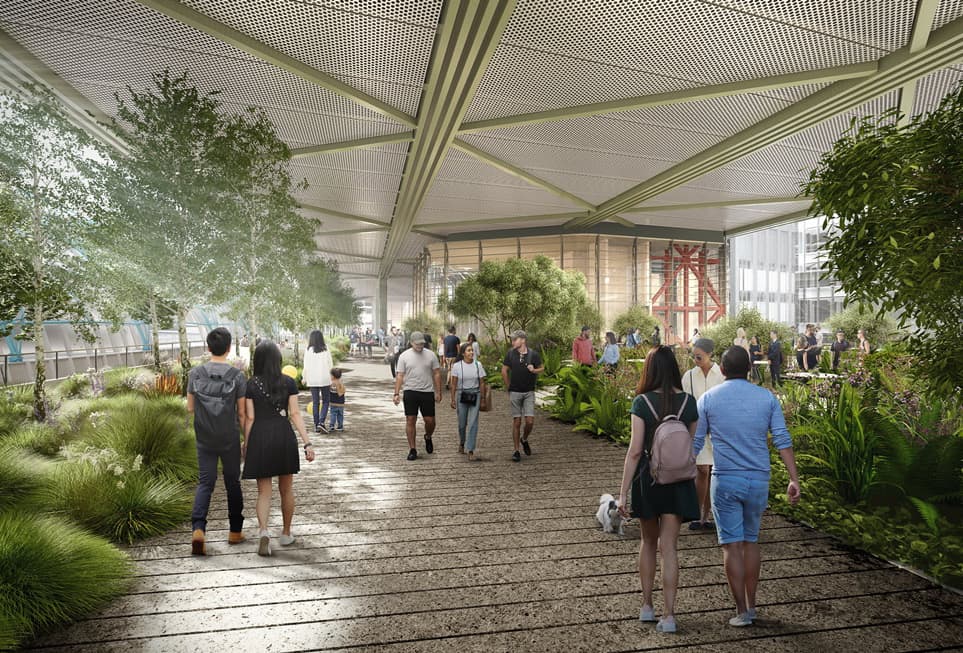 The new project is also designed to follow the curve of the adjacent Waterloo International Terminal which is currently being redeveloped to include more retail space.

The project foresees creating step-free access to the station as well as connecting to a number of new station entrances. 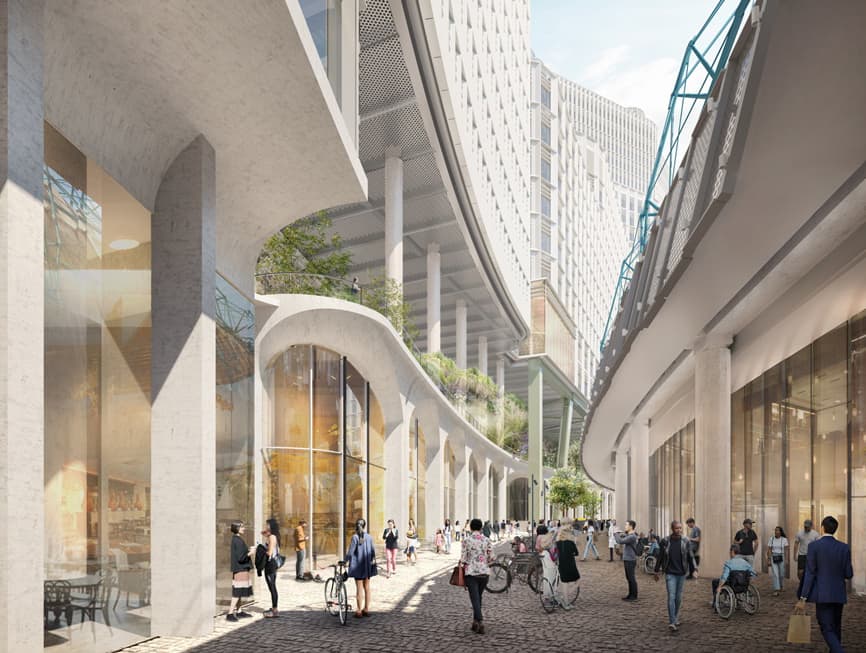 Above: The rear of the new buildings follow the curve of Waterloo's International Terminal (image courtesy of Miller Hare).

Current plans include up to 93,000 square metres (1,000,000 square feet) of office space. That space is projected to provide employment for up to 12,000 people once completed.