SKYSCRAPERS often represent some of the world’s largest and most advanced buildings, but constructing such structures of course comes at a financial cost.

Since the first towers rose at the end of the 19th century, skyscrapers have progressively got taller, larger, more technologically advanced and of course, more expensive.

We’re kicking-off with the first of three buildings in the United States to make our list, but perhaps surprisingly, the only one in New York City. 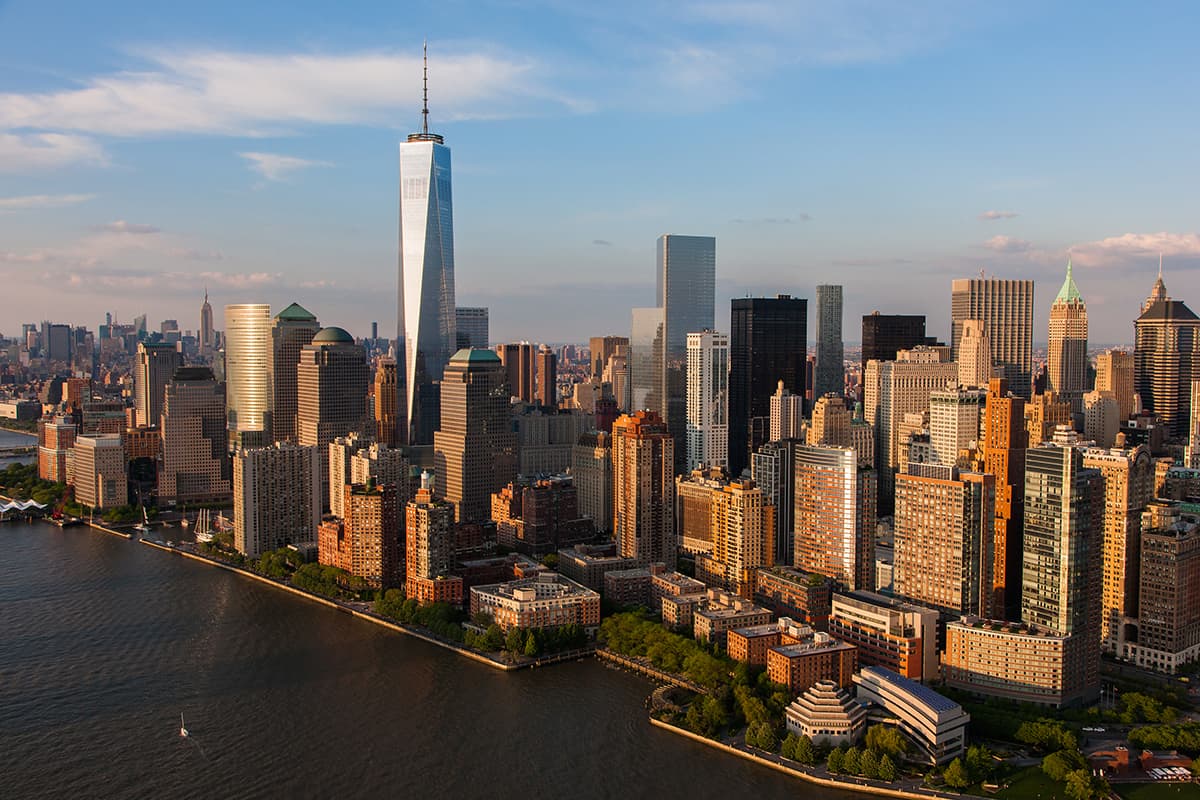 Above: One World Trade Center is New York's most expensive skyscraper (image courtesy of  Silverstein Properties).

Completed in 2014, the 104-storey tower rises to a symbolic height of 1,776 feet; nodding to the year of American Independence and making the tower the tallest building in the United States.

You can learn more about this skyscraper in our “World Trade Center Rising” documentary.

One World Trade Center is the only structure on our list not to contain a hotel, with hotels and casinos featuring in every one of the world’s top four most expensive skyscrapers.

Next up, is our second entry from the United States and the first of several casinos to make our list.

The Cosmopolitan is one of the many luxury casino-hotel resorts fighting for attention on the famous Las Vegas strip. 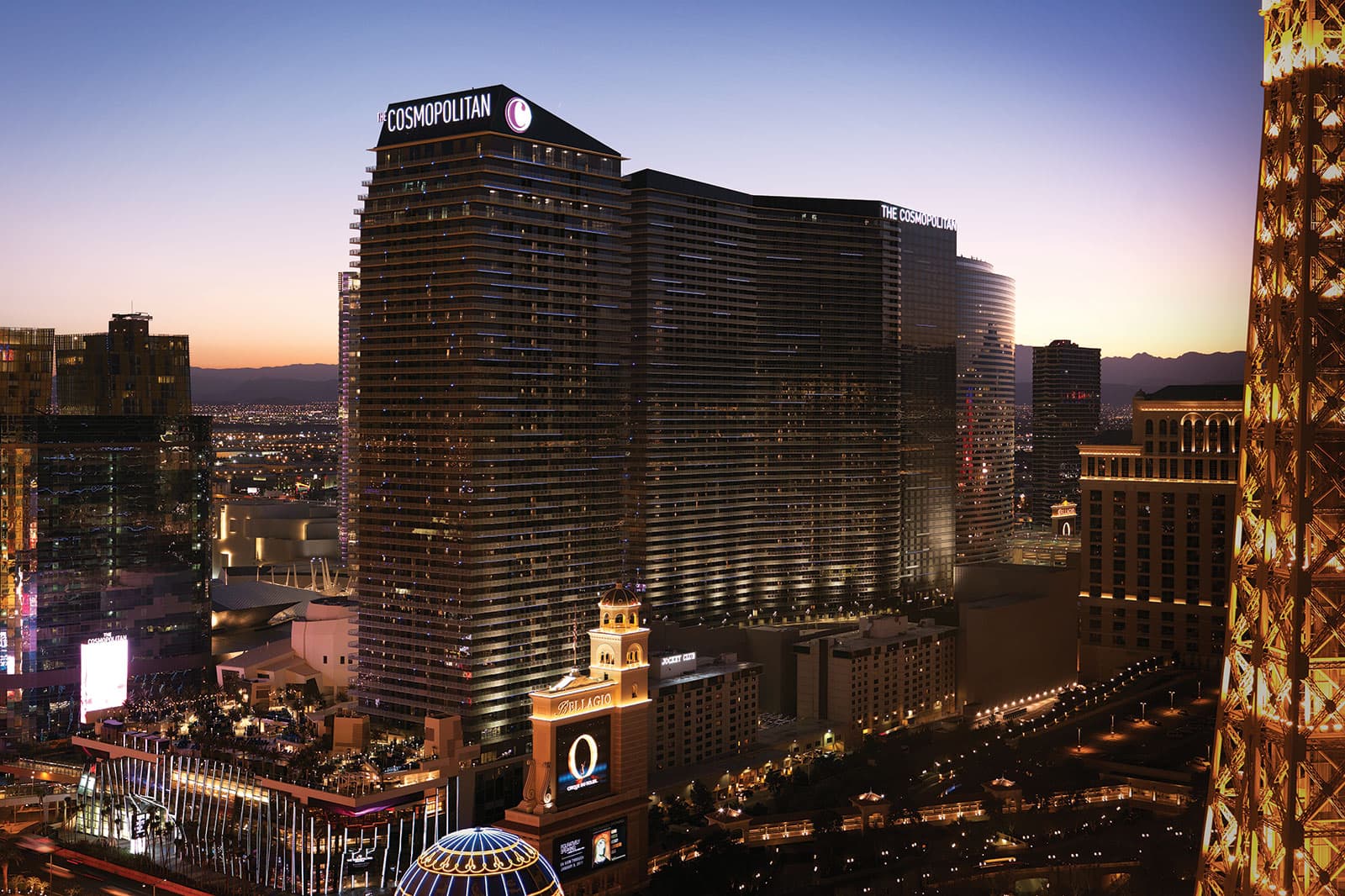 Above: Two of the world's most expensive skyscrapers are in Las Vegas (image courtesy of  Cosmopolitan Las Vegas).

The money has been arguably well spent, with The Cosmopolitan being named "Best Hotel in the World” in 2013.

Despite The Cosmopolitan’s near $4BN price-tag, it is not even the most expensive hotel in Las Vegas.

This honour goes to the “Wynn Resort”; completing the trio of American buildings on our list. 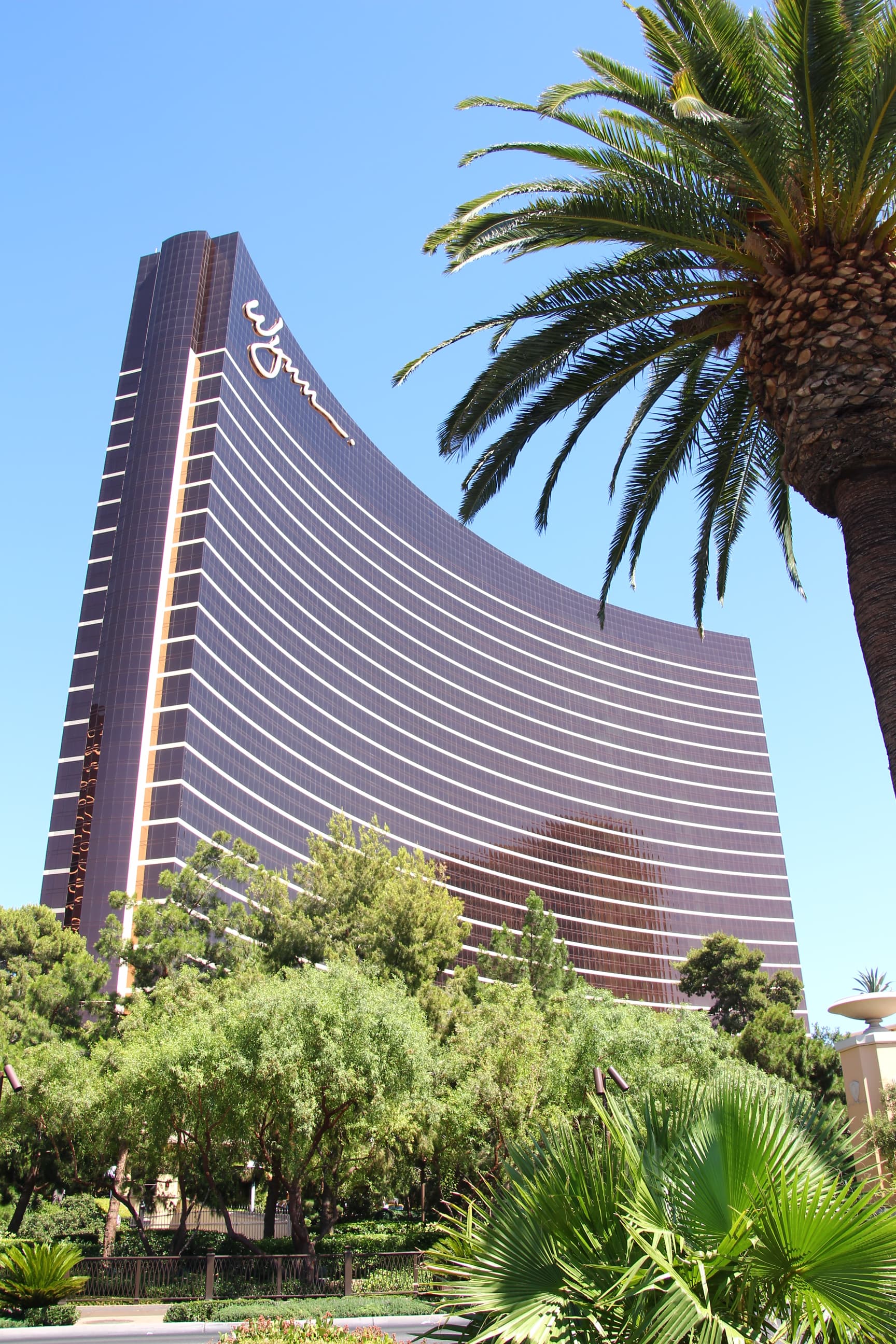 Above: The Wynn Resort was the most expensive skyscraper in the world when it completed in 2005 (image courtesy of David R. Tribble).

The first non-American skyscraper on our list is “Marina Bay Sands” in Singapore, which became the most expensive skyscraper in world when it was completed in 2010. 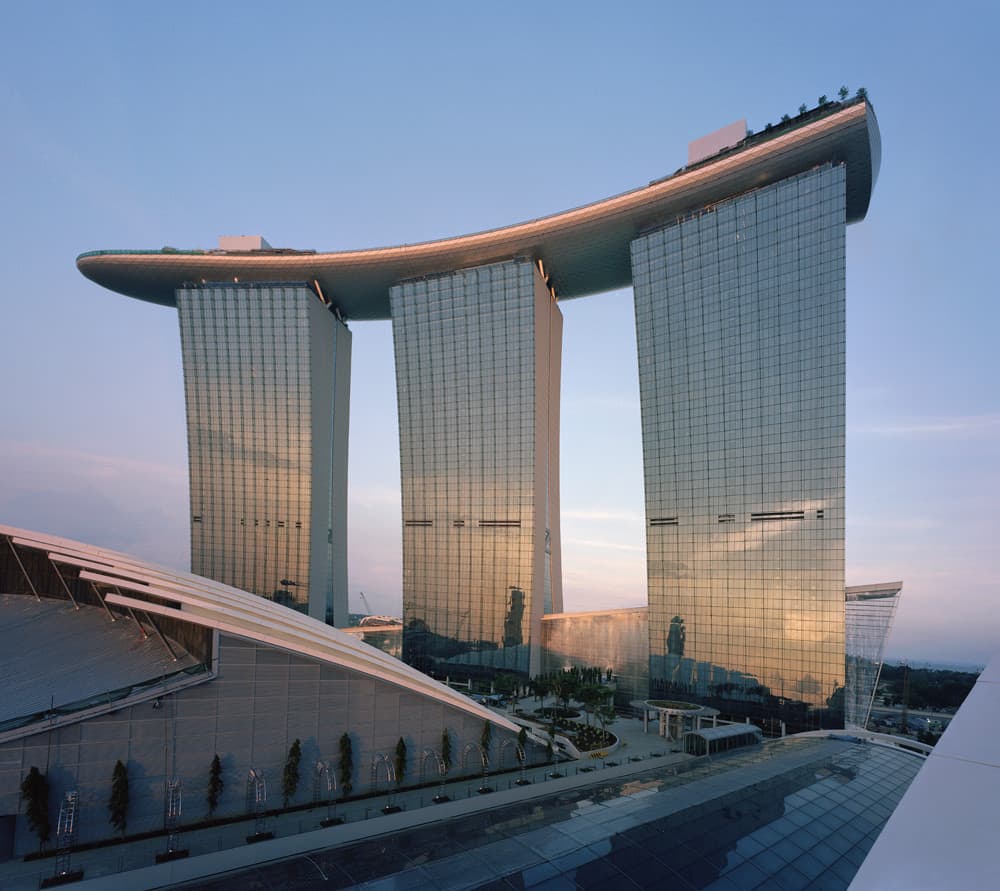 Above: The Marina Bay Sands is the most expensive hotel and casino complex in the world. (image courtesy of Safdie Architects).

At a staggering cost of USD $5.7BN, the three interconnected towers contain a hotel and casino - making this the third casino complex on our countdown.

The 2,561-room hotel is topped by a 1,120 foot long, 340-metre park that contains a 490 foot (150 metre) infinity swimming pool, set on top of the world's largest public cantilevered platform, which overhangs the north tower by a breath-taking 220 foot (67 metres).

Costing almost three times as much as any other skyscraper, the Abraj Al Bait Towers in Mecca, Saudi Arabia, is by far the most expensive skyscraper ever built.

Completed in 2012, the building is part of a wider plan to modernise the city to cater for its pilgrims better. The government-owned mega-tall complex consists of seven skyscraper hotels with the central tower in the complex containing a five-star hotel. 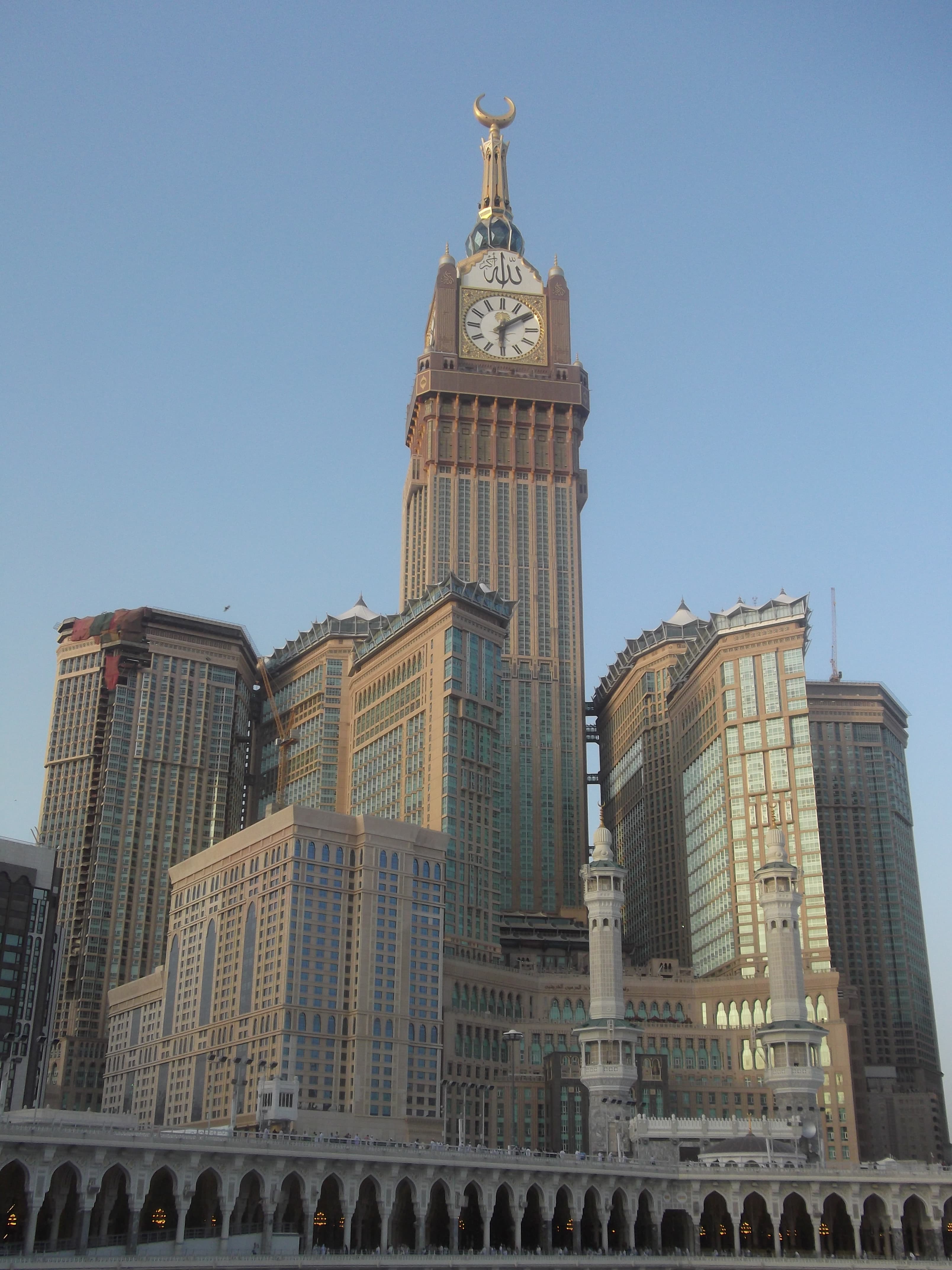 Above: The Abraj Al Bait Towers most expensive skyscraper in the world, almost three times more than any other (image courtesy of  King Eliot).

This central tower is also the third tallest building in the world and boasts the world's largest clock face.

With its incredible cost – far outstripping any skyscraper that has come before it – Abraj Al-Bait looks set to remain the most expensive skyscraper in the world for many years to come.

Why We Should Celebrate (Not Hate) New York's Vessel