Spanning the Firth of Forth, this new bridge (seen in this time-lapse video) now serves as the primary route between Edinburgh and the major cities on Scotland’s east coast; Perth, Dundee and Aberdeen. 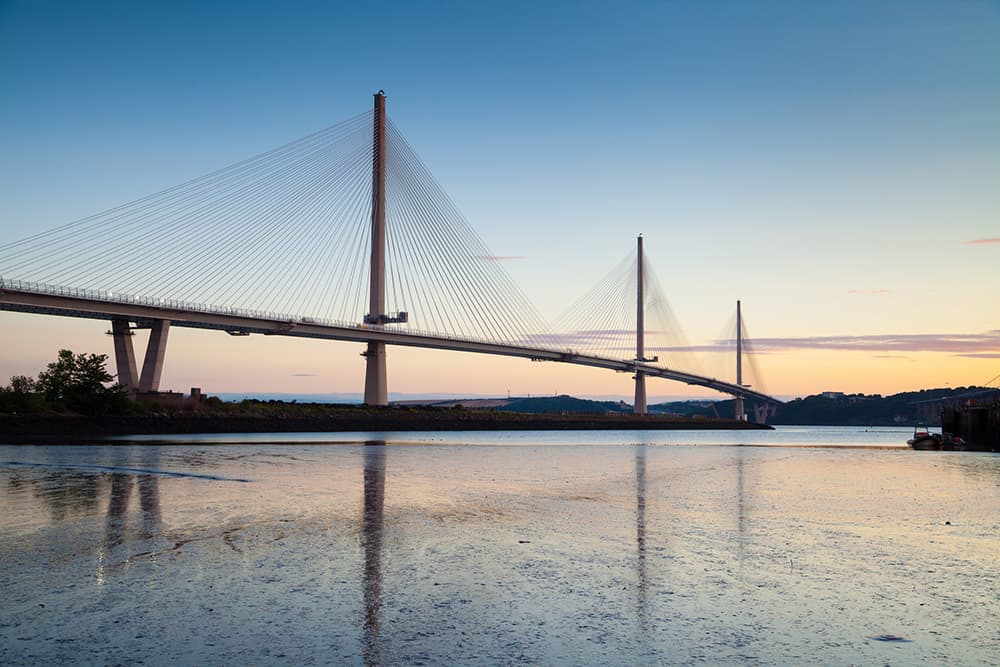 Above: Queensferry Crossing was billed as the largest infrastructure project in Scotland to date (image courtesy of Transport Scotland).

The Firth of Forth is a major estuary, and has long acted as a barrier between Edinburgh and Fife County to the north. Although a ferry across the firth had existed since the 11th century, it was only in 1890 when Forth Rail Bridge - now a Category A listed building and UNESCO World Heritage Site - finally connected the opposing banks.

Above: The three Forth bridges; Forth Rail Bridge and Forth Road Bridge can be seen in the background (image courtesy of Klaus Foehl).

The Forth Road Bridge followed in 1964. A suspension bridge with a central span of 1,006 metres (3,301 feet), it held the European record for only two years before being surpassed by Lisbon’s 25 de Abril Bridge.

The road bridge was designed to carry 11 million vehicles each year, but in the past decade its usage peaked at 23 million. Furthermore, a survey in 2005 found that as a result of corrosion, the main suspension cables had lost up to 10% of their strength. 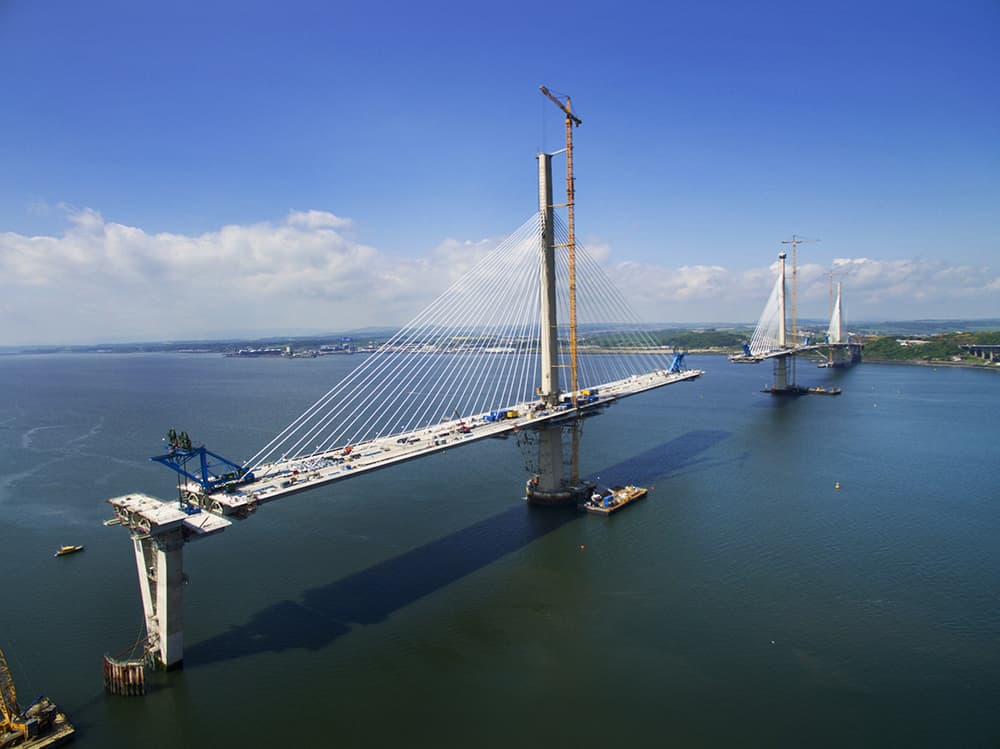 Above: Queensferry Crossing under construction (image courtesy of the Forth Bridges).

The replacement for the Forth Road bridge, described by Scottish finance secretary John Swinney as the “largest construction project in a generation”, was tendered in 2011 with the winning bid coming from Forth Crossing Bridge Constructors; a consortium consisting of Dragados, Hochtief, American Bridge and Morrison Construction. 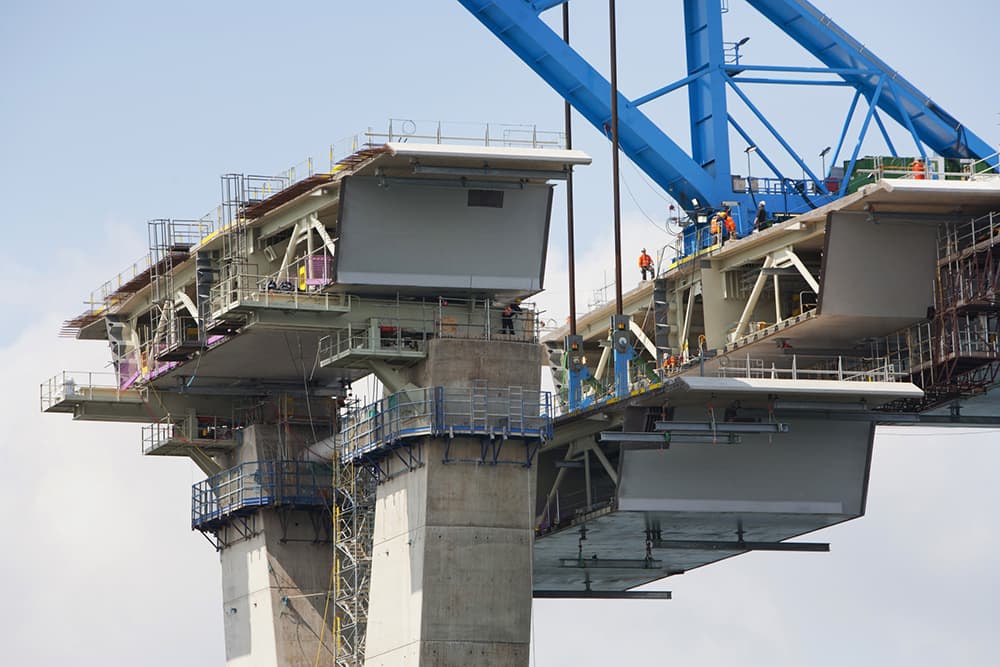 Above: The main bridge consists of 149 sections that were fabricated in Spain and China, while sections for the bridge approach were manufactured in the UK (image courtesy of the Forth Bridges).

The new bridge consists of three towers, each 207 metres (679 feet) high that support the overlapping stay cables holding up the carriageway. The stay cable design results in a maximum span of 650 metres (2,133 feet), which is actually less than the Forth Road Bridge.

The main bridge deck consists of 149 segments, each 12 metres (39 feet) long and 40 metres (139 feet) wide. They were manufactured in China and Spain and transported to Scotland by sea in October 2013. They were subsequently carried to the site on construction barges and lifted into position by cranes that moved along the finished portion of the crossing as seen in video.

Although the Bridge was supposed to complete in December 2016, adverse weather conditions - cold weather and high winds - delayed the opening until September 2017. Although late, the bridge did complete £245M under budget at a cost of £1.35BN.

You can learn more about the new Queensferry Crossing here.

To understand more about how suspension bridges are constructed, check out our construction history documentary on the Golden Gate Bridge.