The new museum consists of a refurbished and adapted 1930s May Company building, which will host permanent and temporary exhibitions and a 288-seat auditorium, along with a restaurant and public event spaces. 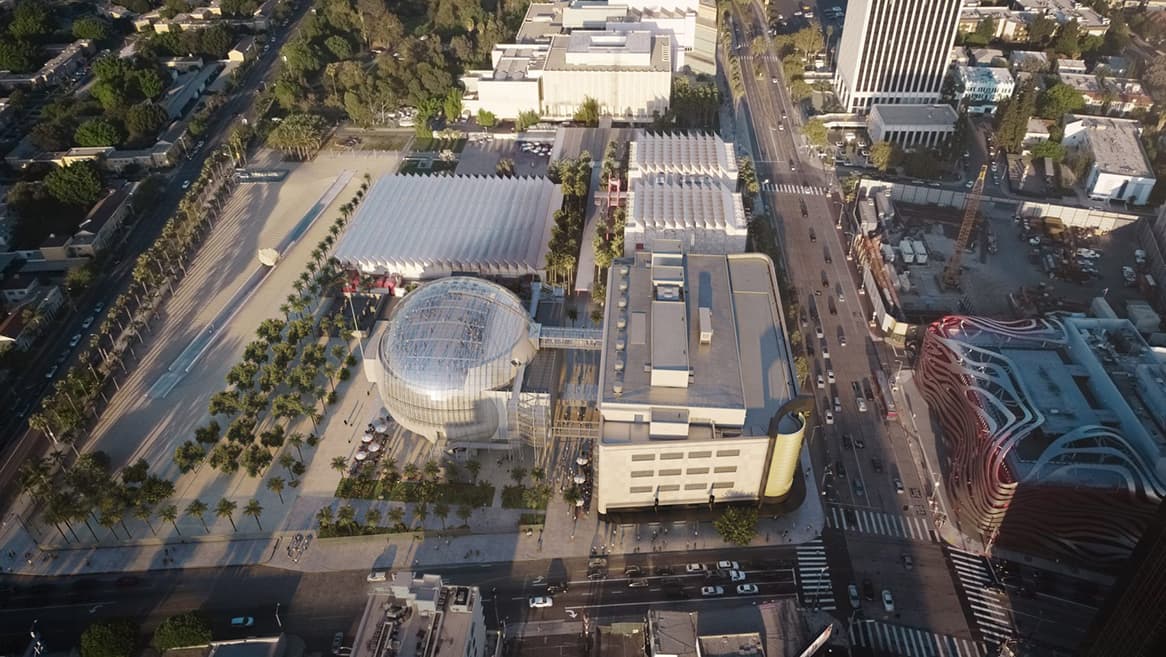 Above: An aerial render of the new Academy Museum of Motion Pictures (image courtesy of Renzo Piano Building Workshop).

A new spherical, concrete addition will contain a 1,000 seat theatre and a sheltered viewing platform that will offer panoramic views of Hollywood Hills.

The two parts of the complex are connected by three footbridges. 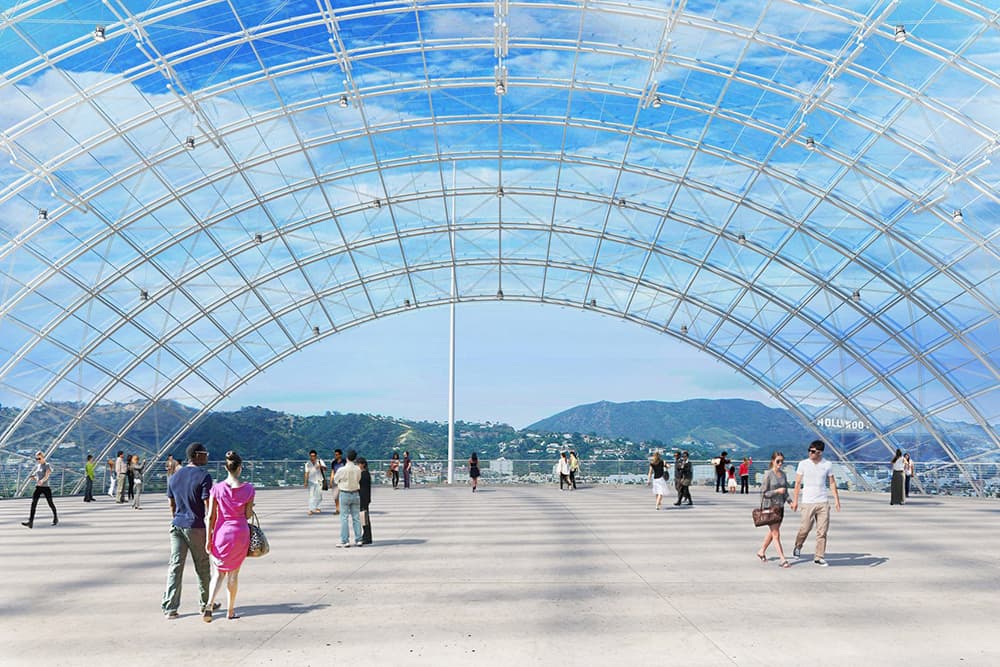 Above: The new museum will contain a viewing terrace with a panorama of Hollywood Hills (image courtesy of Renzo Piano Building Workshop).

Combined, the two buildings will include more than 50,000 square feet of exhibition and auxiliary space.

The project is estimated to cost USD $388 million. 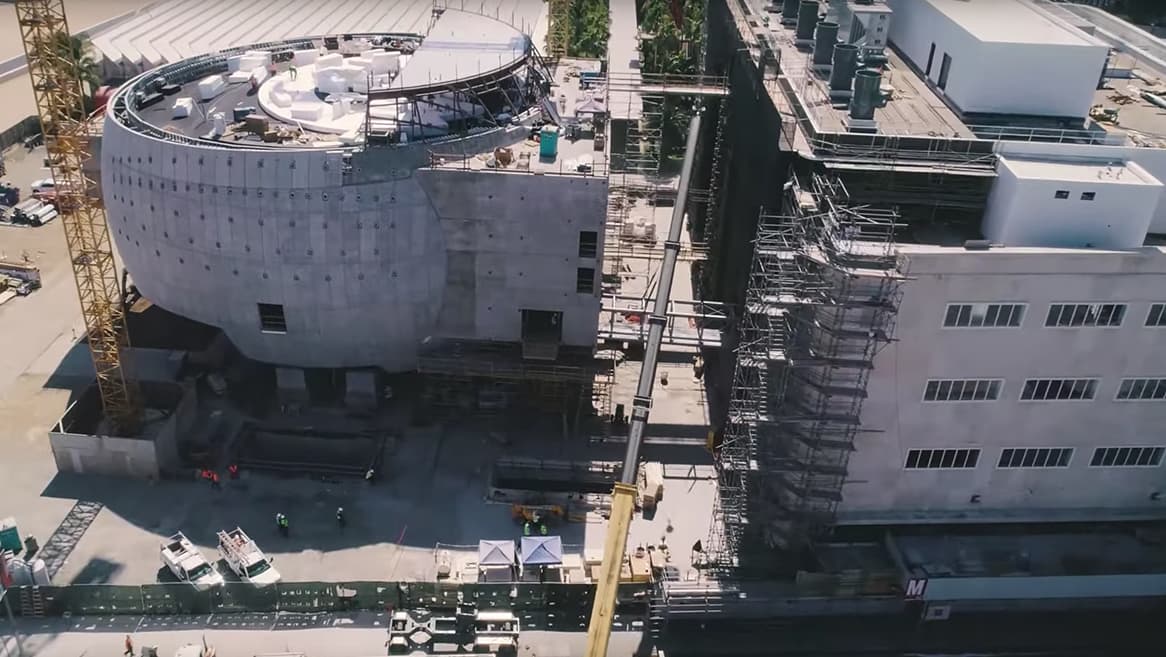 Above: The building's bridges have been specifically engineered to withstand seismic events (image courtesy of Buro Happold).

Due to its location, the theatre has been designed with seismic events in mind and engineers at Buro Happold have developed specialised rotating and sliding connections that enable the footbridges to move as much as five feet.

Above: A video highlighting some of the unique engineering that was developed for the project (courtesy of Burj Happold).

Scheduled to open later in 2019, the museum will draw on the Academy of Motion Pictures' extensive collection which includes more than 12 million photographs, 80,000 screenplays and 61,000 film posters as well as countless props and backdrops used in some of the biggest Hollywood blockbusters of all time.