IN a bid to increase connectivity along the E39 road on Norway’s west coast, engineers are planning to construct a number of fjord crossings, some of which could be built as "submerged floating tunnels" (SFTs).

Upgrading the E39 is set to be the largest infrastructure project in Norway’s history, and work is already underway on the Rogfast link at Boknafjorden - the world’s longest and deepest undersea road tunnel. 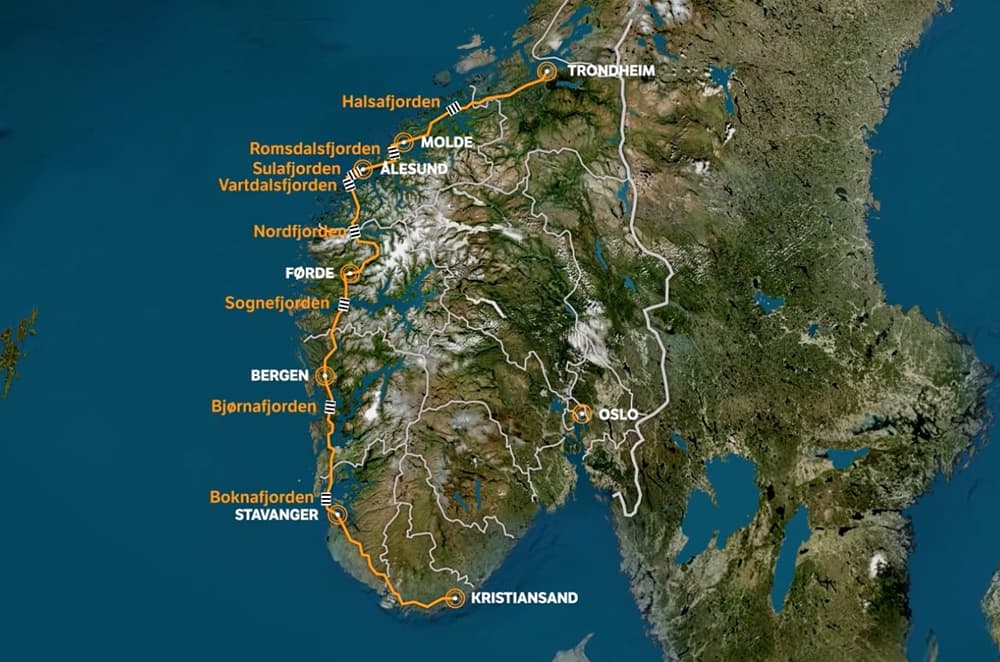 Above: The E39 upgrade is Norway's largest infrastructure project and includes replacing all ferries along the route (image courtesy of Statens vegvesen).

However, some of the fjords are too deep or wide to be bridged by conventional methods and a number of innovative solutions are now being considered. 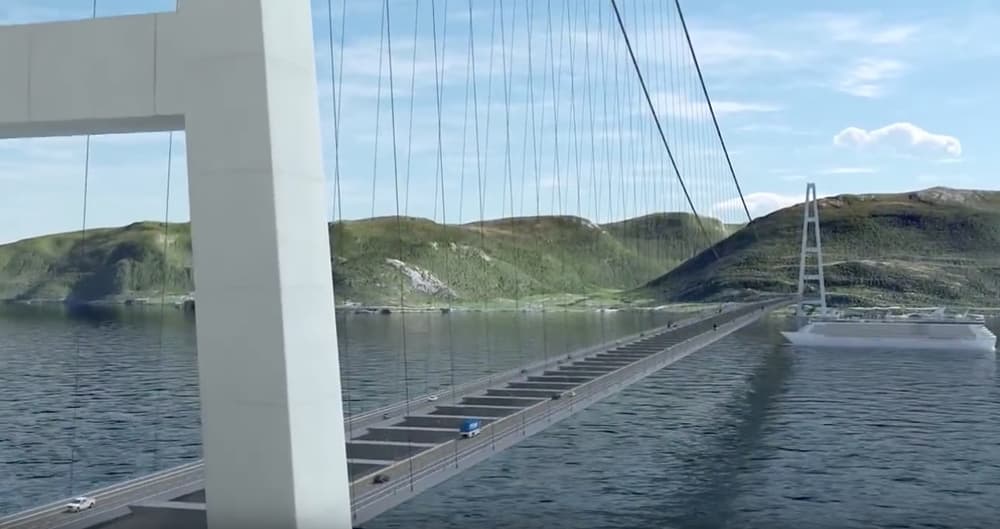 Above: One of the proposed solutions to span Sognafjorden is a 3.7 kilometre single span suspension bridge (image courtesy of Statens vegvesen).

Sognefjorden - often referred to as “the king of fjords” - is 1,300m deep and 3.7 kilometres wide, making a conventional tunnel under the seabed impractical.

The depth of the fjord also means that bridge towers, which would normally be anchored to the bedrock, would be difficult to construct. 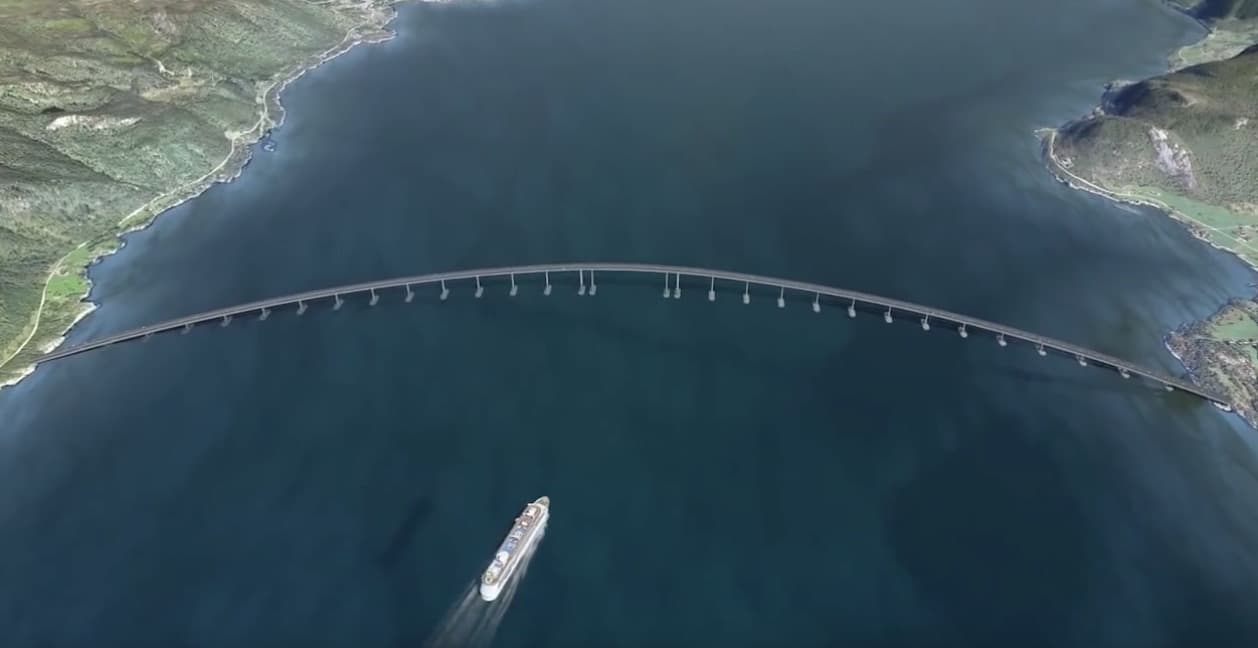 Above and Below: Other options to cross Sognefjorden include a pontoon bridge and a cable-stayed bridge with floating towers (images courtesy of Statens vegvesen). 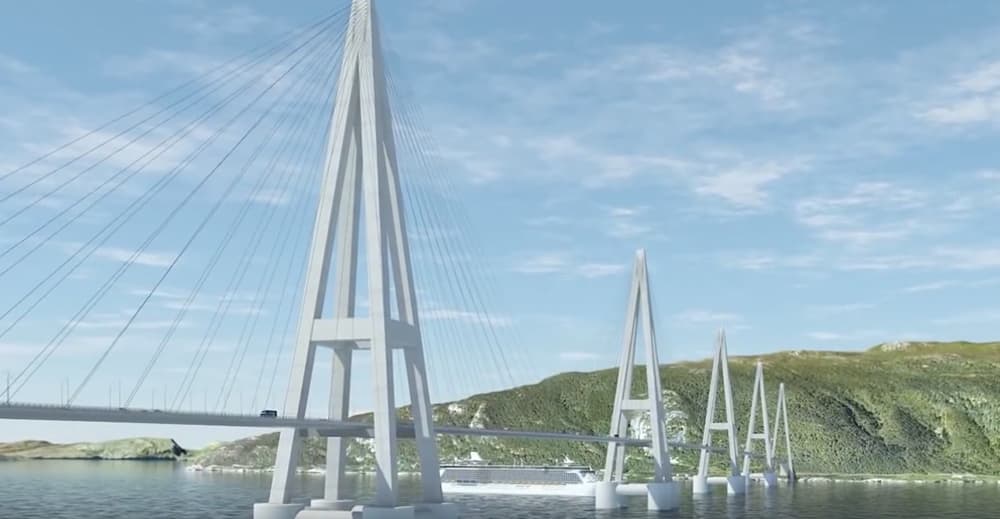 There are a number of solutions proposed for this crossing, including a record-breaking single-span suspension bridge, a cable stayed bridge featuring floating bridge towers, a hybrid crossing featuring a suspension bridge (allowing ships to pass beneath) that then descends into a pontoon bridge, as well as an STF. 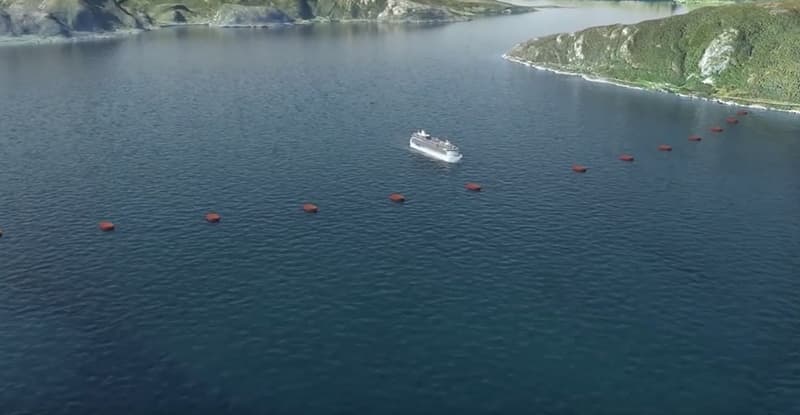 Above and Below: The Sognefjorden suspended floating tunnel would be held up by floating platforms, allowing passage of cruise ships ( images courtesy of Statens vegvesen). 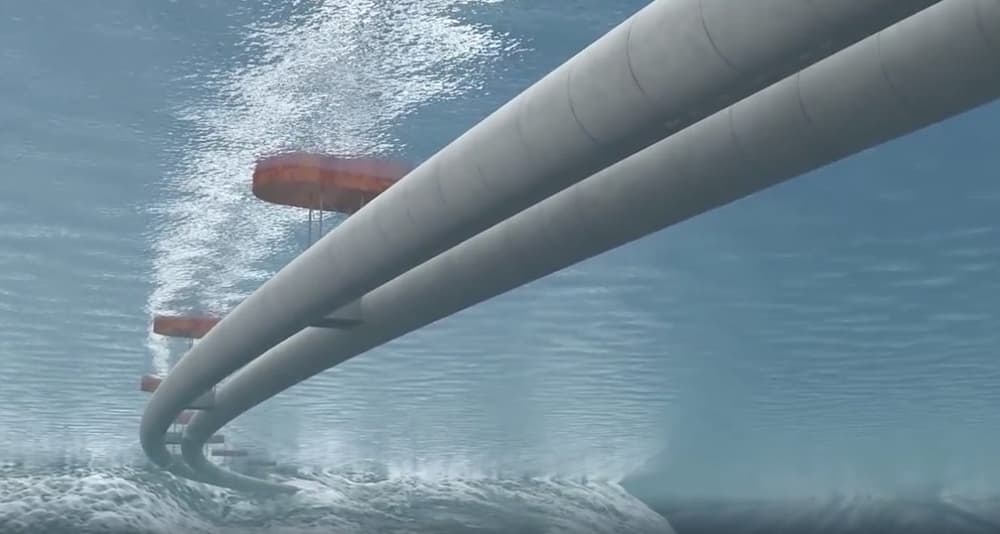 These would be at least 400 metres apart, suspending the road tunnel at least 20 metres below the water level allowing ships to pass unhindered through the fjord. A hybrid solution combining an STF and a pontoon bridge is also being considered. 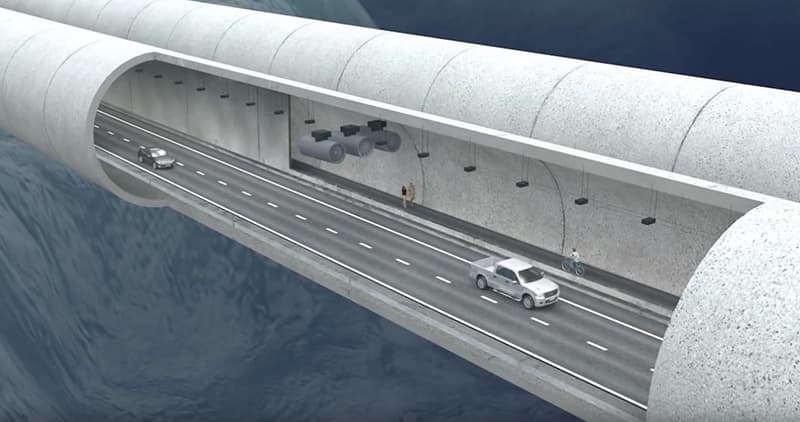 Above and Below: The STF would carry four lanes of traffic in two tubes - a combined solution featuring a pontoon bridge and STF is also being considered (images courtesy of Statens vegvesen). 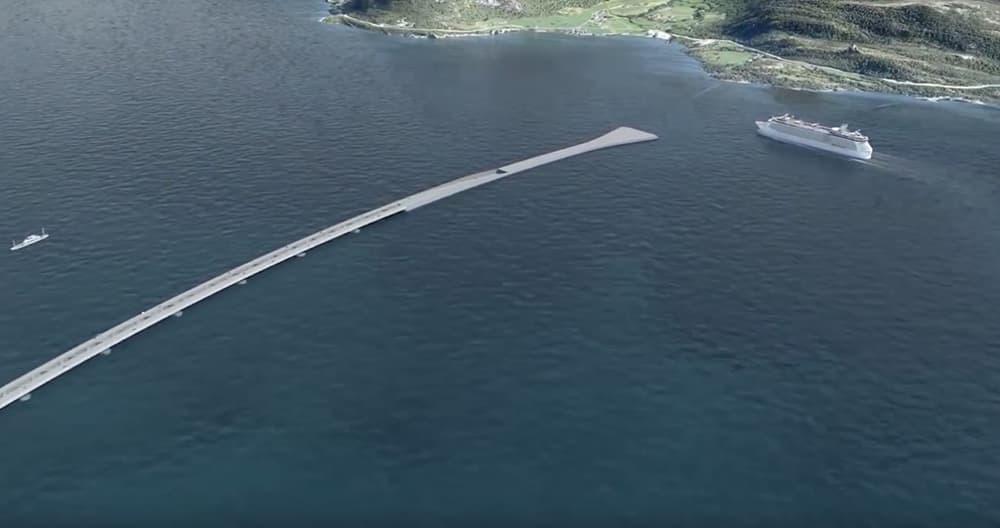 Similar options have been proposed for the Sulafjorden crossing, although here engineers propose anchoring the STF to the bottom of the fjord.

Additionally, as this sea inlet is "only" 500 metres deep, a suspension bridge tower could be anchored to the sea bed. 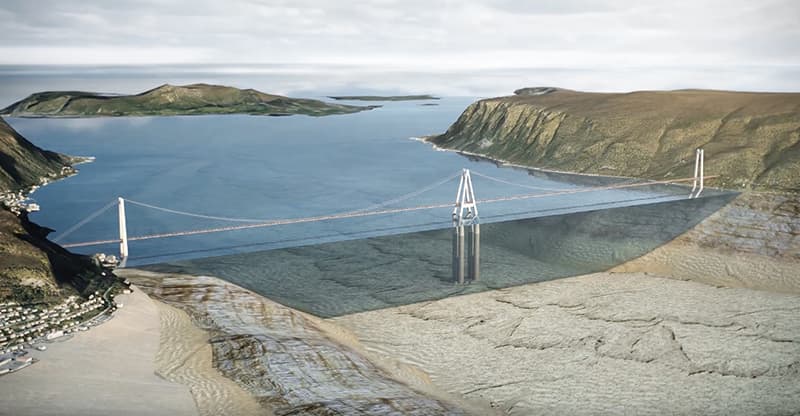 Above and Below: Different variants considered for the Sulafjorden crossing (image courtesy of Statens vegvesen).

A final decision on the crossings has not yet been taken, and only the Rogfast tunnel, which spans Boknafjorden, is currently under construction.

Above: The Sulafjorden STF would be tethered to the bottom of the fjord (image courtesy of Statens vegvesen).

Above: An animation showing different proposals for the Sognefjorden crossing (courtesy of Statens vegvesen).