AUGUST 2016 will see Brazil host the Olympic and Paralympic Games in Rio De Janiero. Here we look at the incredible variety of buildings that teams from 206 different countries will compete in.

Located off the Barra Olympic Park and closer to the city centre, the Maracanã was first used for the 1950 World Cup when it was just partially finished. The final match that year saw a peak attendance of 199,854 people, making it the world’s largest stadium at the time. 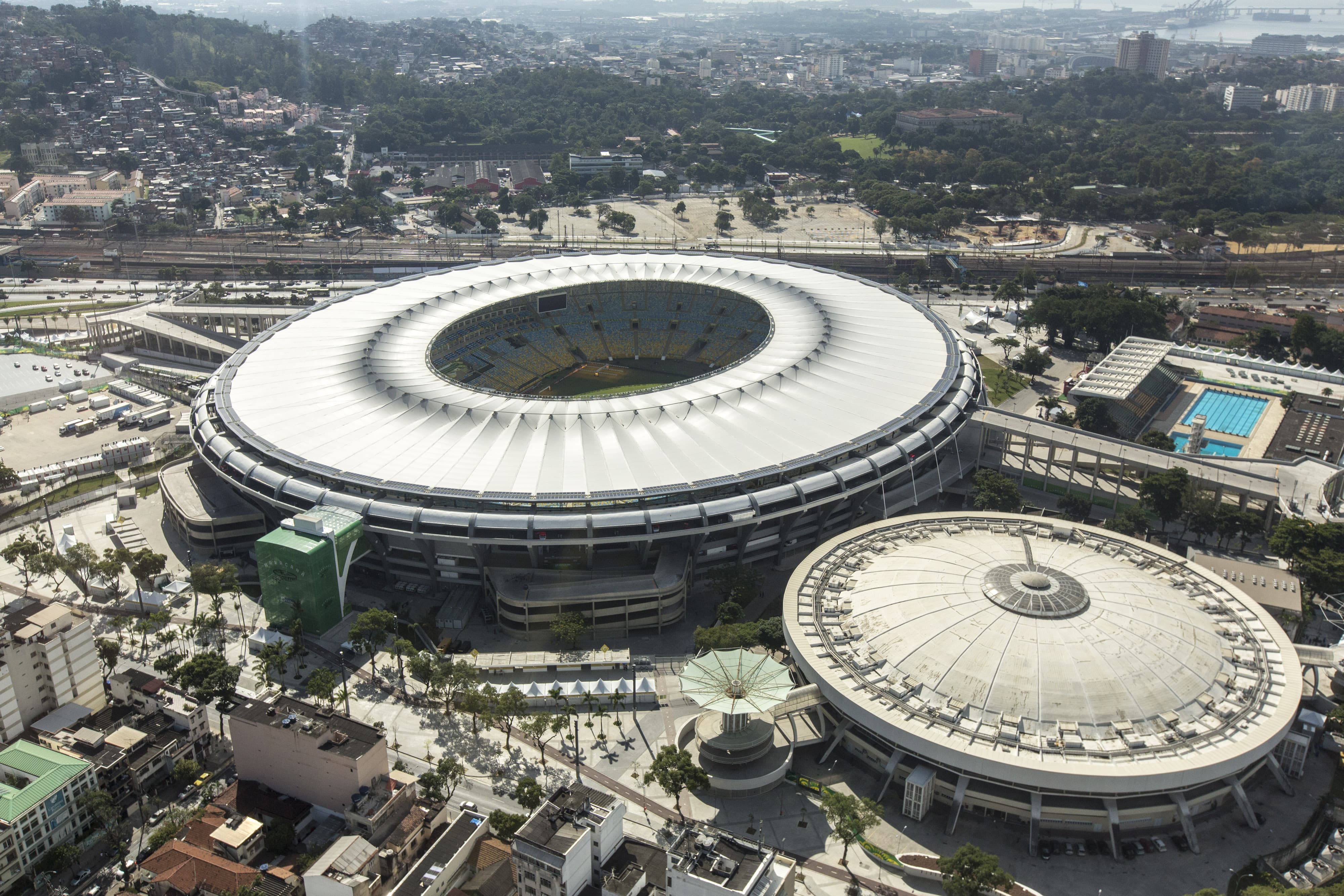 Above: The Maracanã is revered by many as the 'spirtual home of football' (image courtesy of Governo do Rio De Janeiro).

It was remodelled for the 2014 World Cup and 2016’s Olympic and Paralympic games. It now seats up to 78,000 people and is one of the largest stadiums in South America. It will be used for the opening and closing ceremonies as well as the football contests.

The 15,000-seater Aquatics Stadium sits in the heart of Rio’s Barra Olympic Park. It is a completely temporary structure that will be dismantled and cleared away after the games. Its parts will then be used in the construction of two new aquatics centres, one with capacity for 6,000 people, the other with capacity for 3,000 people.

The stadium will host the swimming competitions and water polo finals whilst diving, synchronised swimming and the water polo group stages take place at the older Maria Lenk Centre nearby. 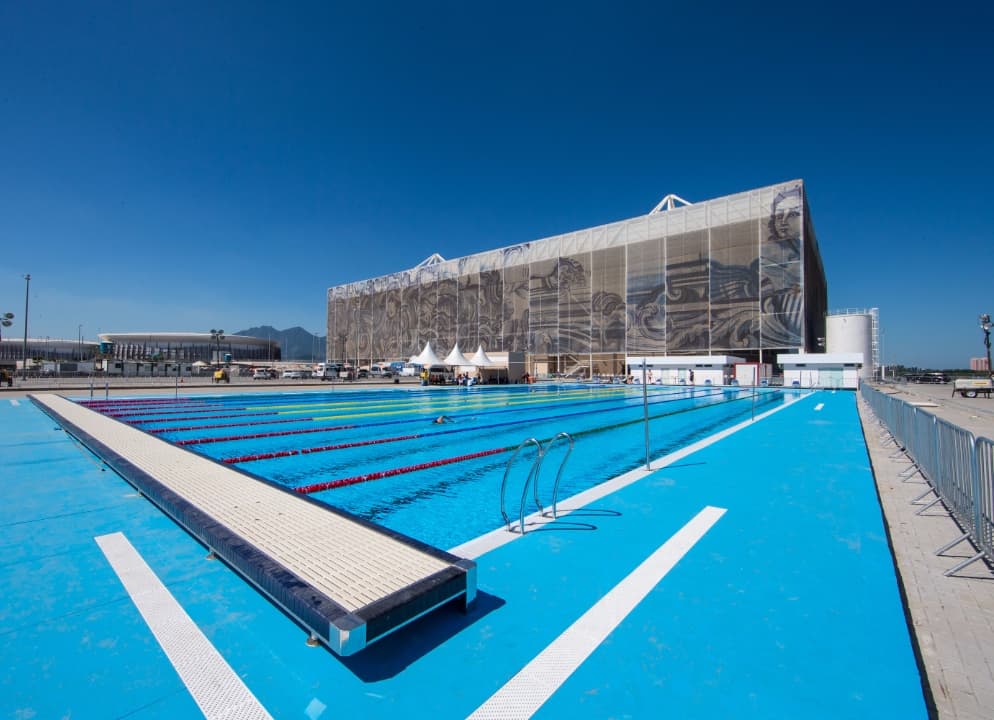 The Olympic Tennis Centre is a key facility and set to become one of Rio 2016’s greatest legacies.

It sits just across the park from the Aquatics Stadium and consists of a 10,000 seater arena around a hard surface court. The arena is surrounded by 15 ancillary courts that will host the group stages of the tennis tournaments. Some of these temporary structures and due to be removed after the games. 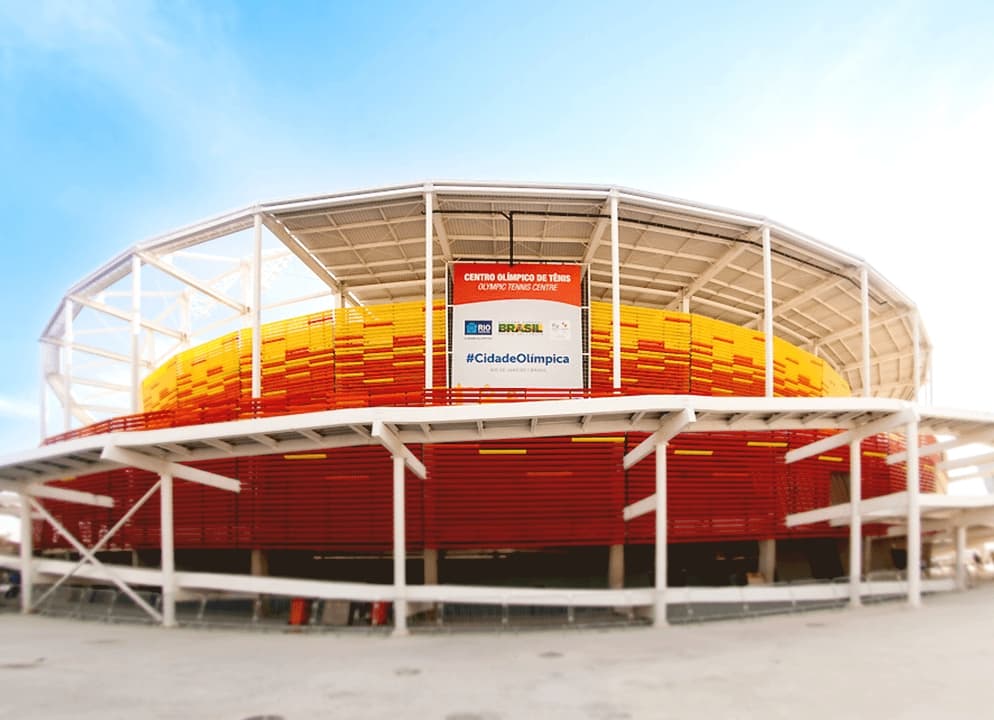 Above: The Olympic Tennis Centre (image courtesy of Rio 2016).

Built using a Nomadic concept – and in a form reminiscent of London 2012’s Copperbox – the Future Arena is another completely temporary structure. It will be dismantled and used in the construction of four state schools across the city after the Olympics. Before then it will enable 12,000 spectators to enjoy the handball tournaments. 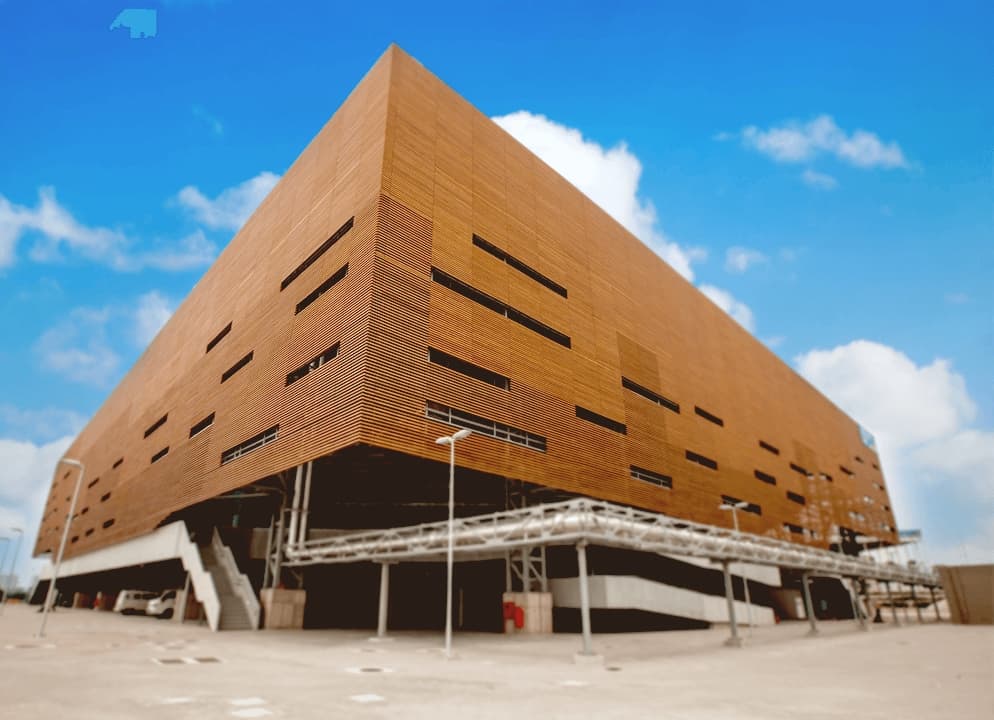 Above and below: The Future Arena at Rio's Barra Olympic Park, built using a Nomadic concept (images courtesy of Rio 2016). 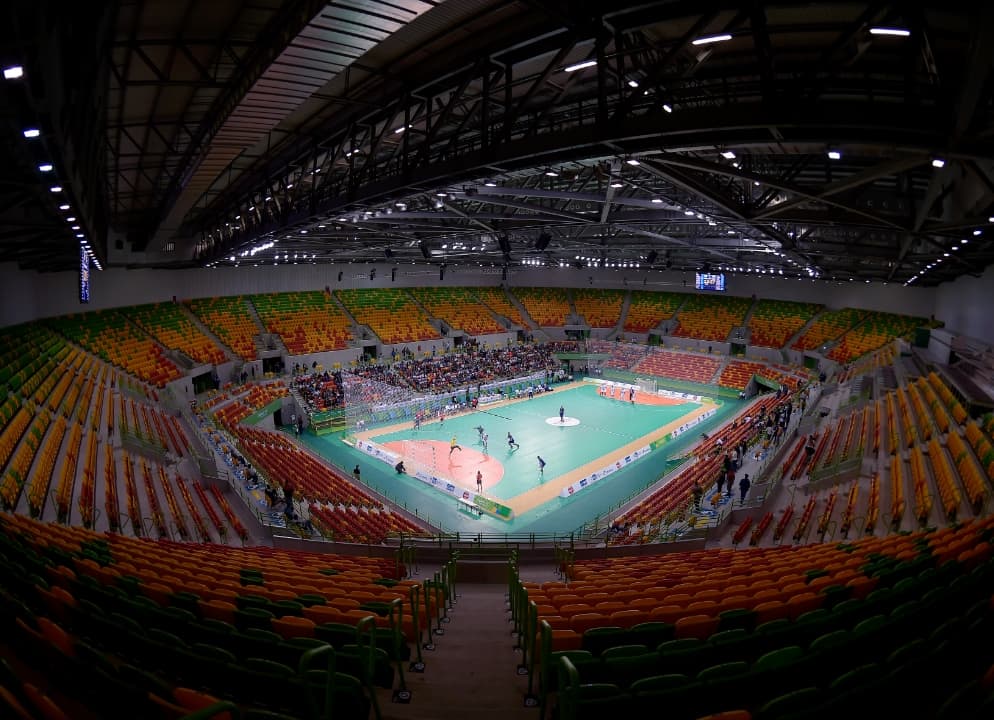 Rio’s Velodrome was originally built for the Pan American Games back in 2007. Since then, it has undergone significant remodelling to meet Olympic requirements and accommodate 5,000 spectators. This included the introduction of a steel framework structure to eliminate columns and provide a clear uninterrupted span across the track. Columns on a cycle track are not ideal. 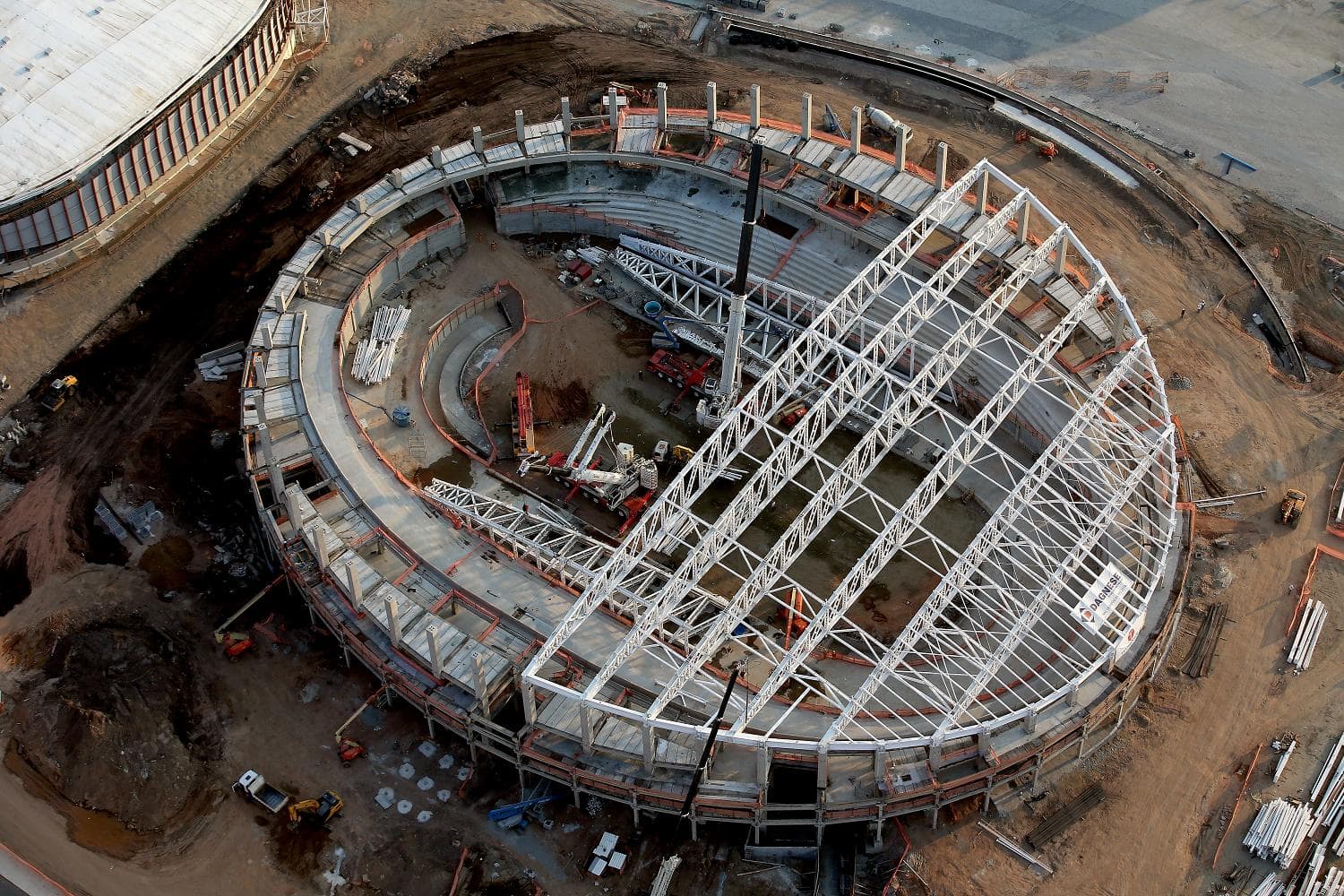 Above: The original construction works at Rio's Velodrome.

Choosing an iconic setting for Beach Volleyball at the Olympics is becoming something of a trend (the most recent example being Horse Guards Parade in London).

Rio certainly hold a trump card here in the form of Copacabana Beach. The famed stretch of sand is well known for its volleyball and as a focal point for national celebration. The positioning of a temporary 12,000-seater arena on the beach with the city and bay area as backdrop, set this particular venue up to be one of the most iconic at the Rio games. 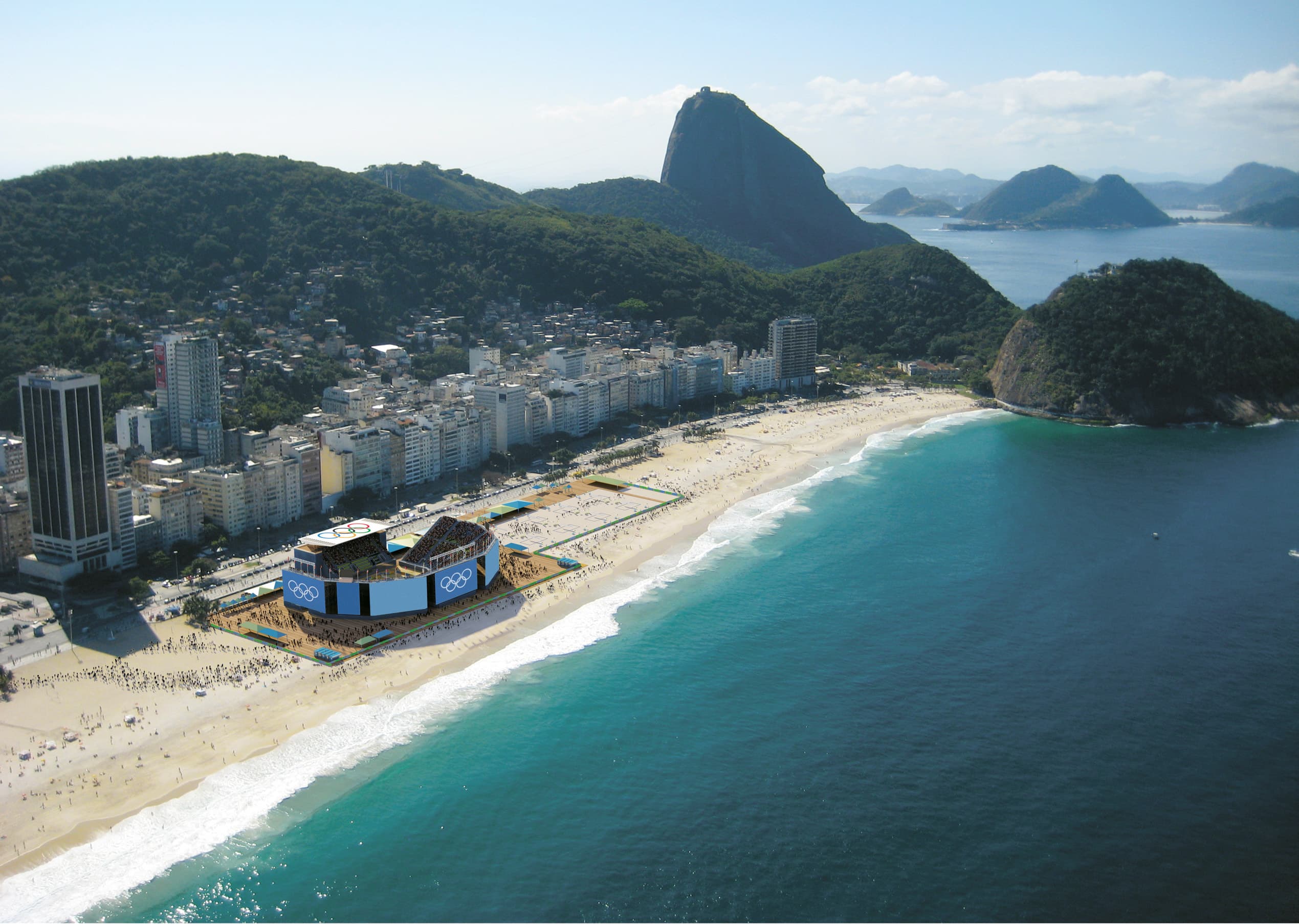 Above: The iconic setting of the Beach Volleyball venue on Copacabana Beach (image courtesy of Rio 2016).

Away from Rio and towards the North of Brazil, sits the Amazonia Arena in Manaus. This impressive looking stadium was originally built for the 2014 World Cup, its form and façade inspired by a basket of exotic fruit from the Amazon Rainforest (we couldn’t really see it either).

For Rio 2016, the facility will play host to the group stages of the men’s and women’s football tournaments. 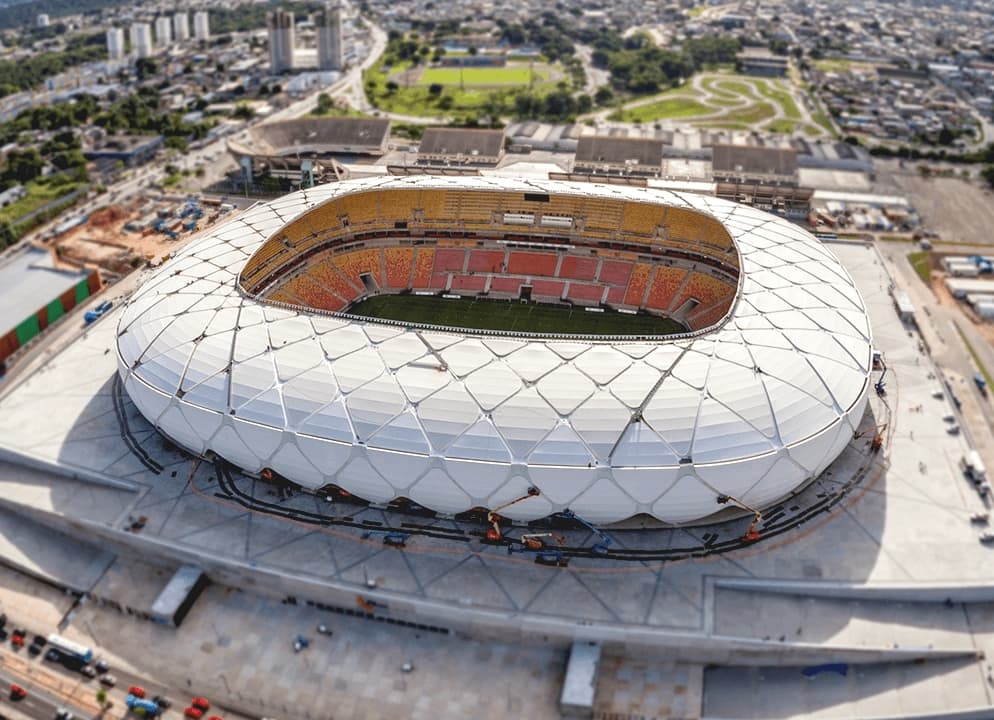 Of course there has been considerable negative press about the construction of these facilities and concerns around their readiness for August 2016. At the time of filming and release, the organisers are making assurances that all venues will be ready.