ALTHOUGH not as well known as the Brooklyn or the Manhattan Bridge, the Goethals Bridge is a crucial link between New York's Staten Island and the neighbouring state of New Jersey.

The original steel cantilever bridge, with a 205 metre (672 feet) long main span, opened in 1928 and contained a dual carriageway with two lanes in each direction - there were no dedicated lanes for pedestrians, cyclists or for emergency access. 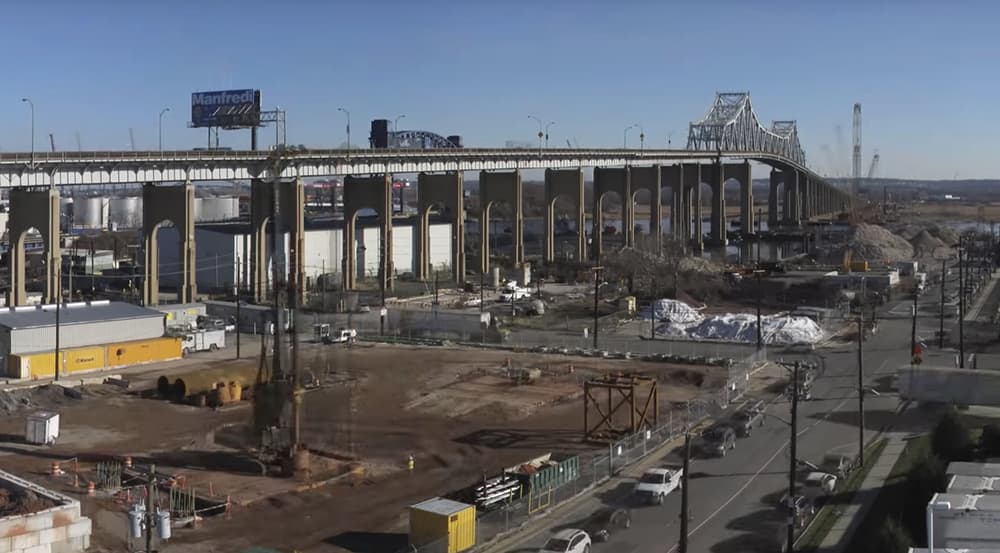 Above: The existing Goethals Bridge was too narrow and had a limited lifespan (image courtesy of EarthCam).

In 1997, a study concluded that the most effective way to tackle these issues, along with increasing traffic crossing the bridge, would be to build a parallel link to the existing bridge, and direct one direction of traffic onto it. 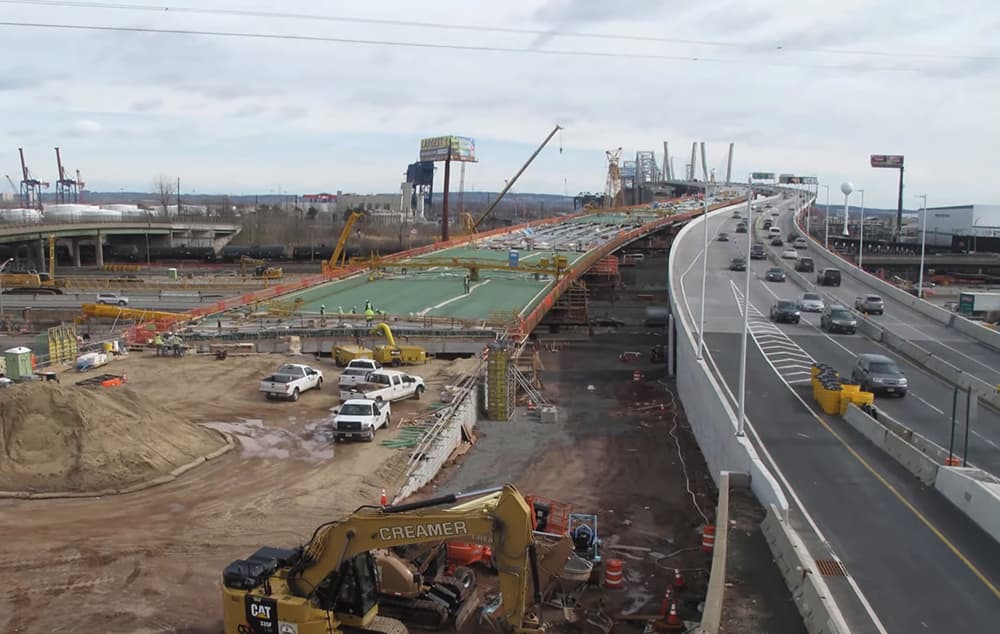 Above: All traffic was re-routed through one of the new spans while the second carriageway was constructed (image courtesy of EarthCam).

However, later studies confirmed that the original structure had a limited lifespan, and the decision to replace it altogether was taken in 2013.

Authorities also considered including a rail link within the project, but this proved uneconomical. However, a decision was taken to leave a large enough gap between the replacement bridges should such a link become viable in the future. 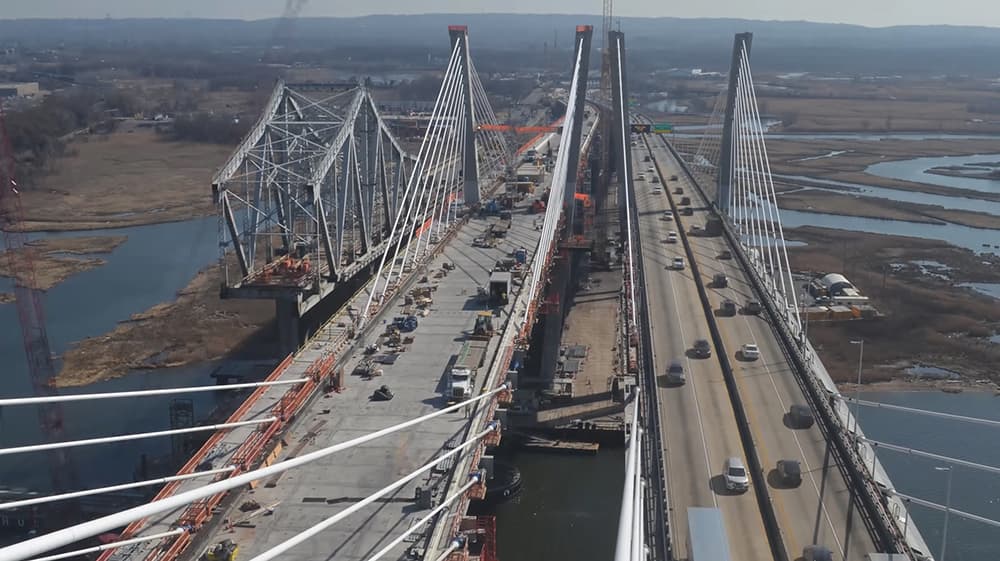 Above: The old bridge was dismantled in 2018, while the new crossing was being finished (image courtesy of EarthCam).

Built as two separate structures, each new bridge has a main span of 274 metres (900 feet).

The eastbound span was opened in 2017 and carried traffic in both directions, while on-ramps and the westbound bridge was being constructed. The old bridge was dismantled in 2018.

The above footage from EarthCam captured progress of the works to date. 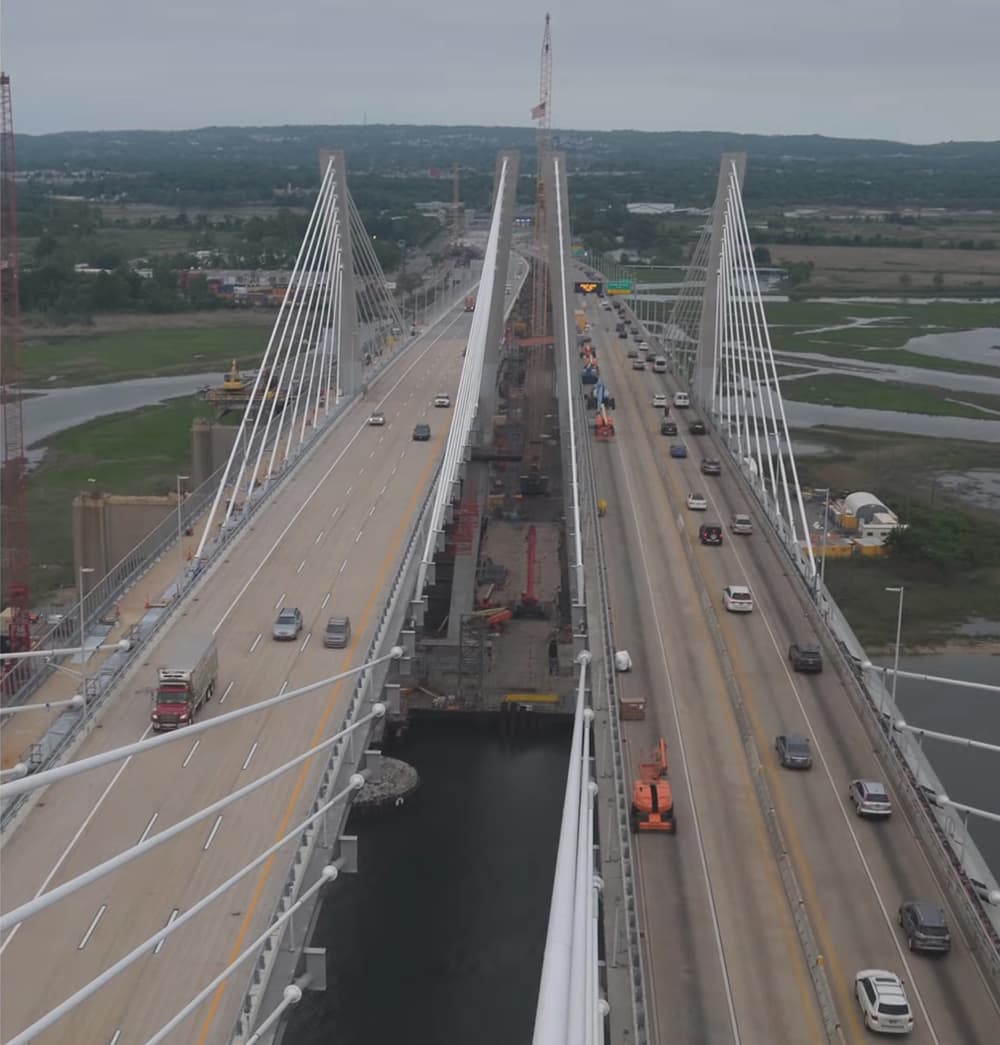 Above: The new crossing increases capacity and safety (images courtesy of EarthCam).

The project cost a total of $1.25 billion and each of the carriageways now contains three lanes as well as an emergency lane, and cycling and pedestrian pathways.