BRITAIN’s controversial High Speed 2 (HS2) railway project, which is set to connect London with the country’s second city Birmingham and the West Midlands, will receive an additional £2 million from the UK central government to help it turn into a “Green Corridor”.

This money has been allocated to the HS2 Woodland Fund, bringing its total budget up to £7 million.

An extra £6.5 million has been set aside to improve pedestrian and cyclist safety along the route. 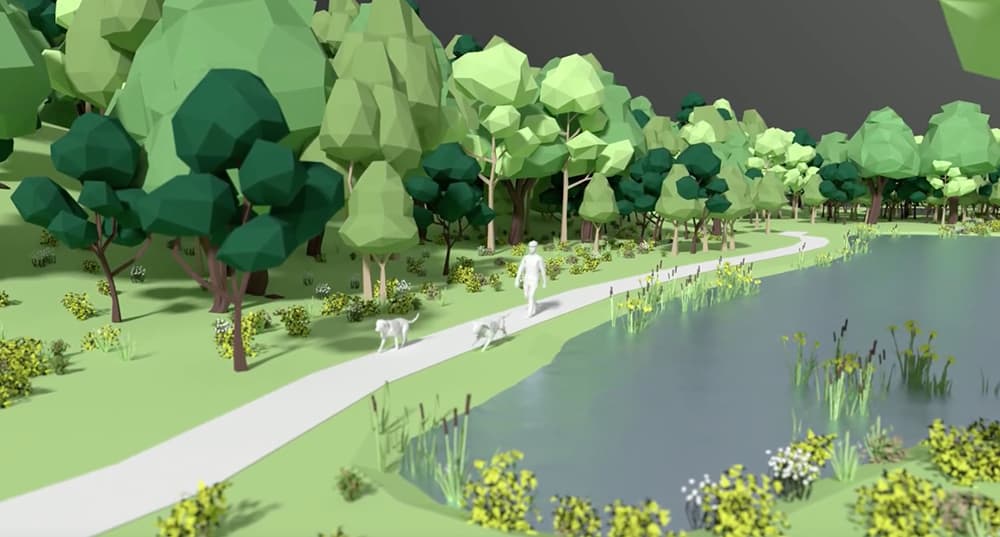 Above: HS2 is meant to become a "Green Corridor" (image courtesy of HS2).

But according to the Woodland Trust, the new railway will pass through or along 98 woodlands, bringing around 40 hectares (99 acres) of these established ecosystems into potential danger. 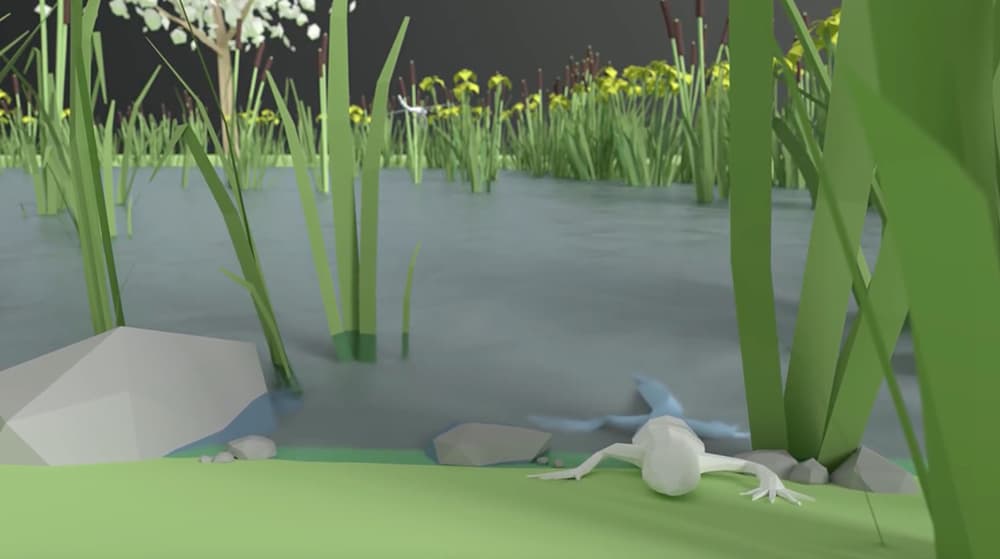 Above: HS2 passes through a number of established habitats that are home to endangered species, which will need to be re-homed ( image courtesy of HS2).

The first phase of the route, which covers 216 kilometres (134 miles) will see the planting of some seven million new trees and shrubs, covering nine square kilometres (3.5 square miles), as well as the creation and improvement of 33 square kilometres of other habitats, including 226 ponds for great crested newts. 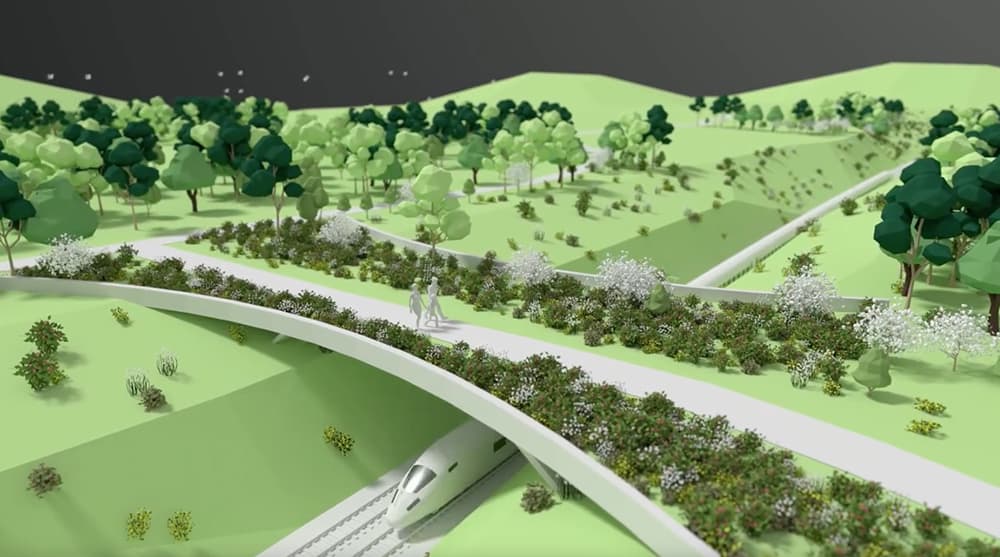 Above and Below: Efforts are being made to maintain important ecological and pedestrian routes (images courtesy of HS2). 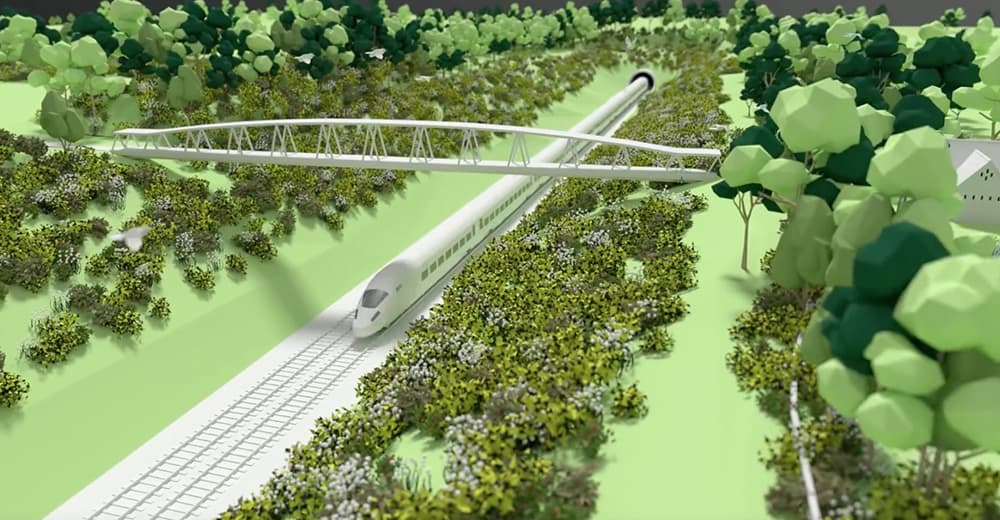 In order to further reduce the project’s environmental impact, half of the track will run below the surface, while pedestrian and green bridges will serve to preserve traffic connections and allow safe passage for wildlife. 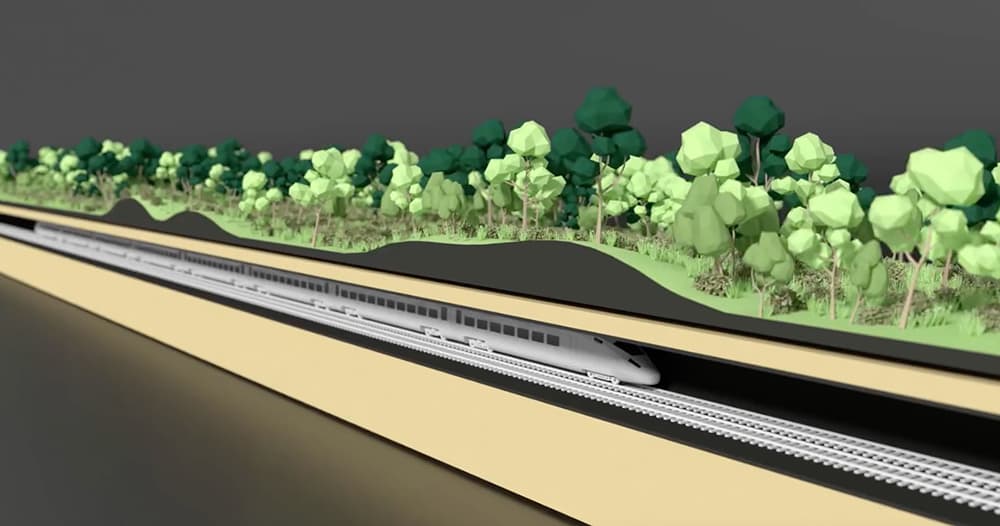 Above: More than half of the track will be below the surface, minimising the disruption for the landscape and people above (image courtesy of HS2).

As well as these centrally planned efforts, £45 million has been set aside for community-initiated projects aimed at mitigating the effects of the new rail line and improving local economy.