While it appears as a single unified building externally, the structure is in fact two twisting towers separated by a giant void. Rising to an incredible 190 meters (625 feet) this is the world’s tallest atrium. 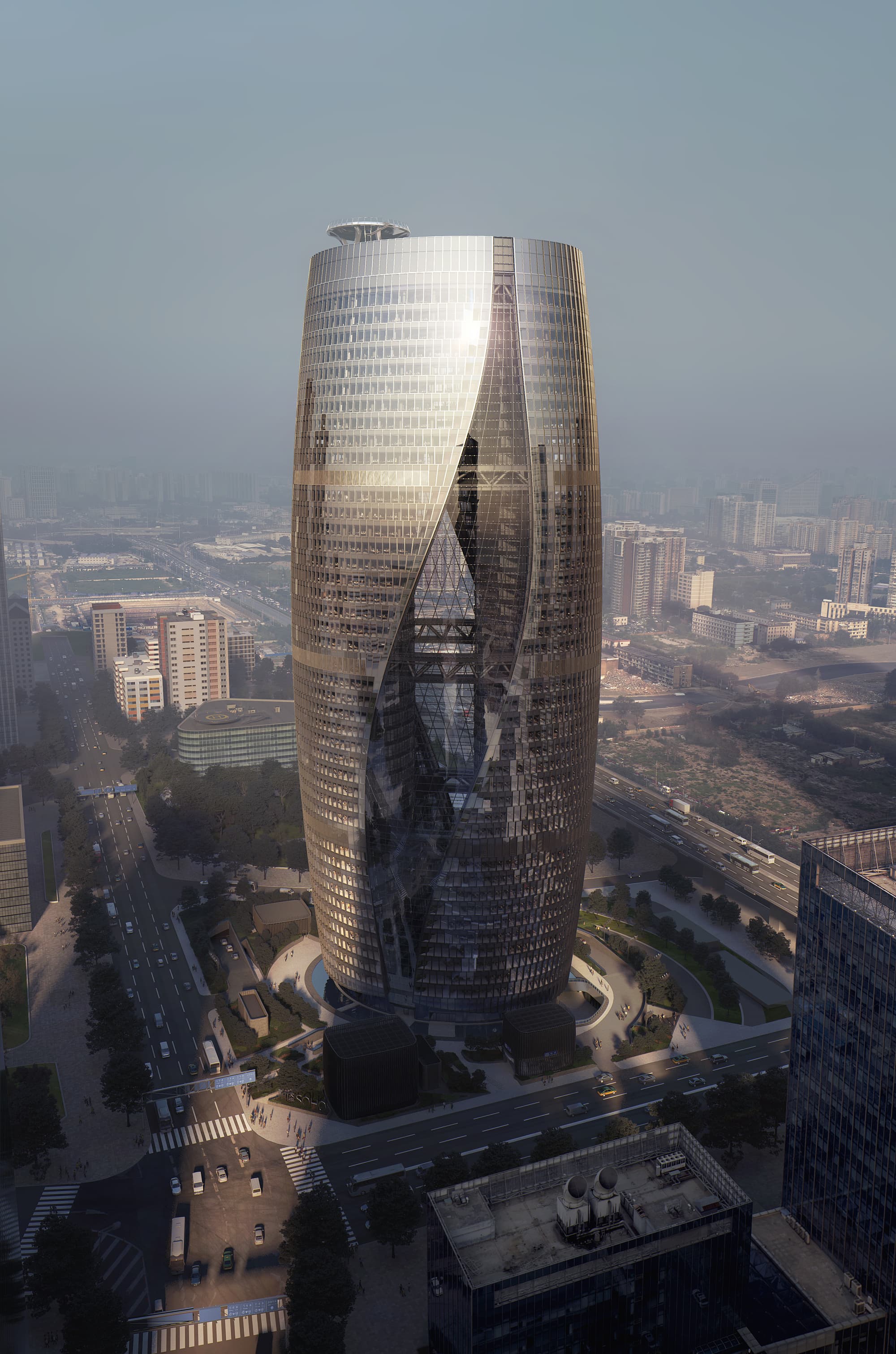 Designed as the centre-piece for the new financial district, the building incorporates a subway station within its base, and it is the presence of subway lines that have defined the building’s unique shape.

The impressive atrium evolved from the site’s specific conditions and constraints. With the area divided diagonally by the below ground subway line, a design was conceived that would straddle the underground tunnels. 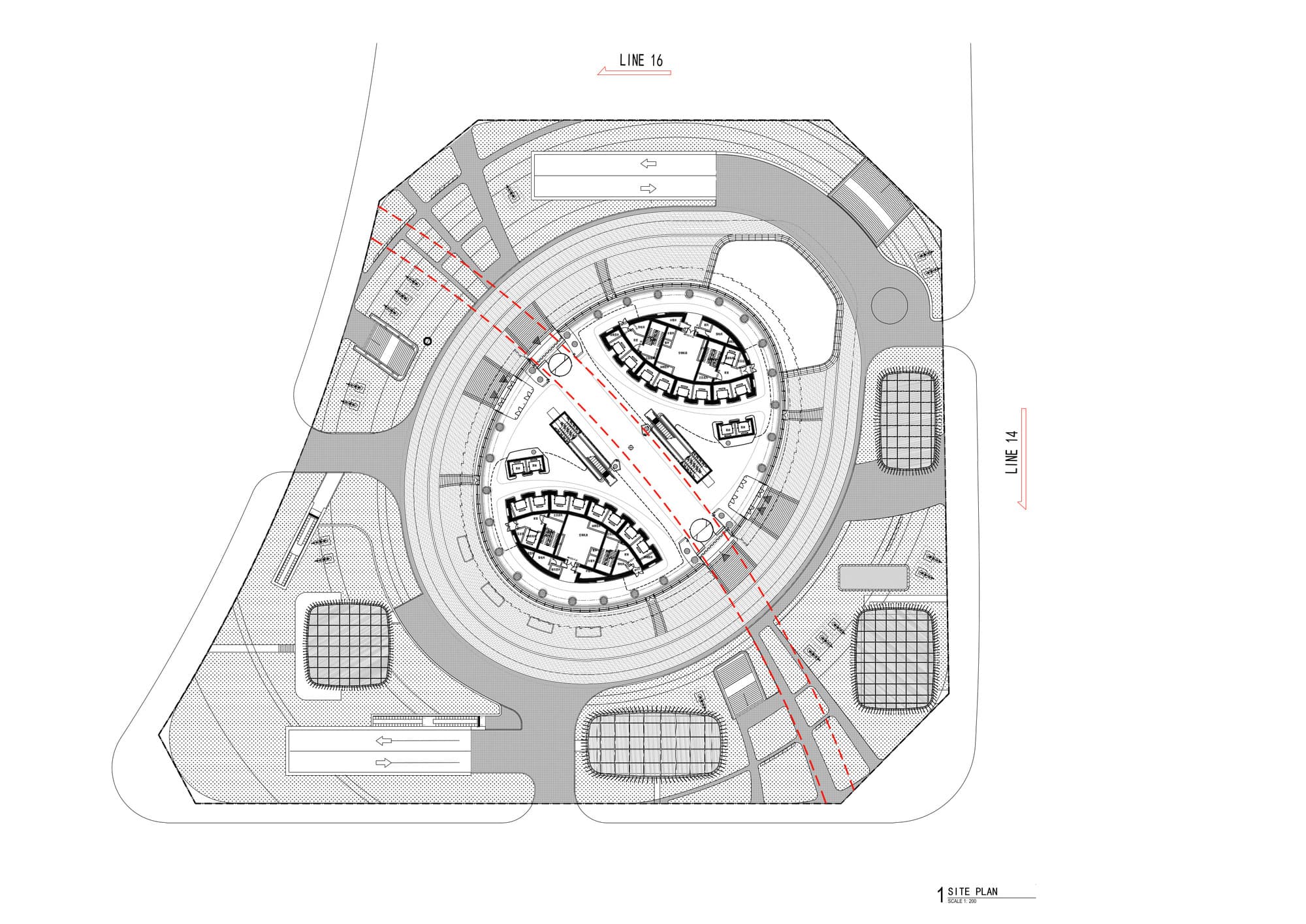 Above: The skyscraper is designed to straddle either side of the below ground subway lines with the atrium positioned directly above (image courtesy of Zaha Hadid Architects).

This saw two towers built on either side of the subway line, with a full-height atrium positioned directly above the tracks. Rising either side of the central void, the towers are connected to each other by four pairs of sky bridges, along with structural rings at each level. 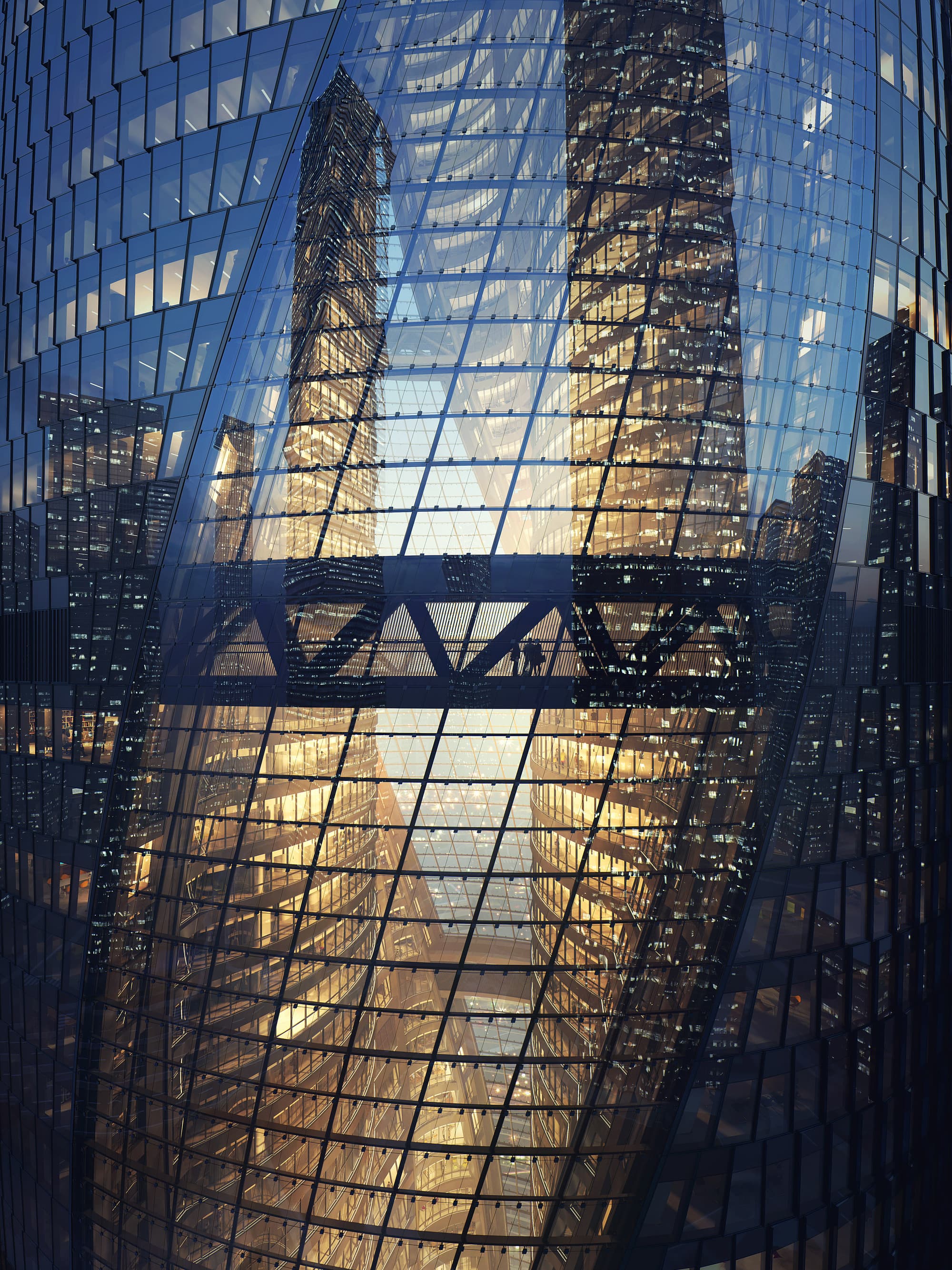 Above: The two towers are unified with double insulated glazing and are connected via four pairs of sky bridges (image courtesy of Zaha Hadid Architects/MIR).

Both towers, and the void, are wrapped in a double-insulated glass façade to unify the skyscraper, improve thermal performance and create a single volume. The result is an atrium that rises higher than that found within the Burj Al Arab hotel in Dubai – the previous record holder – to become the tallest atrium in the world.

Leeza SOHO is targeting LEED Gold environmental certification and the atrium plays a key role within the tower’s sustainability strategy.

As the building rises, its diagonal axis is twisted through 45 degrees to orientate the atrium’s higher floors with Beijing’s historic north-south axis. This twist not only creates views from the centre on all levels, but also allows natural light to penetrate deep into the building’s floorplate. 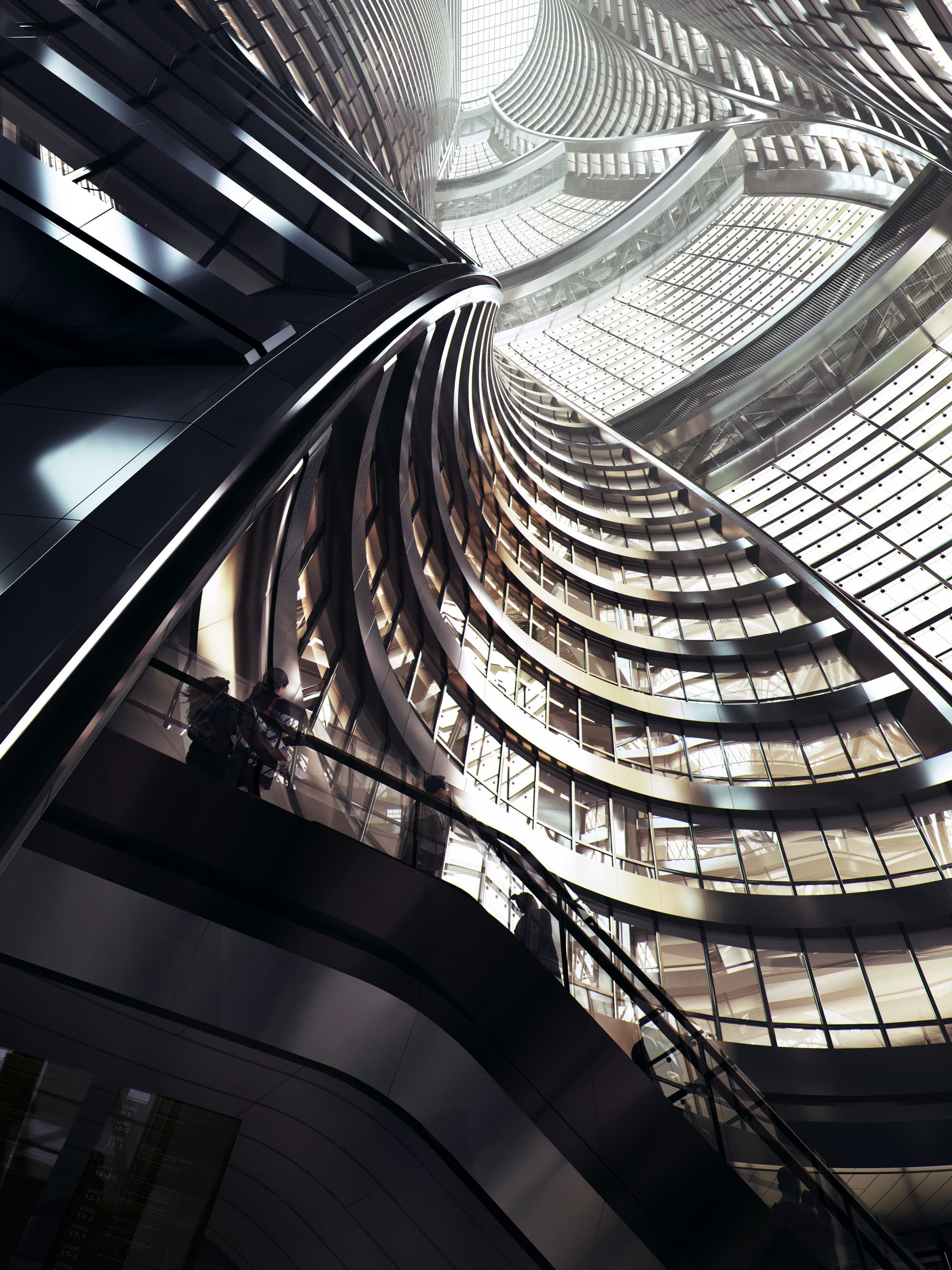 Above: The atrium plays an important role in the buildings environmental strategy (image courtesy of Zaha Hadid Architects/MIR).

Internally Low Volatile Organic Compound (VOC) materials have be installed throughout the tower to minimise interior pollutants, and in the basement there are 2,680 bicycle parking spaces together with dedicated charging spots for electric and hybrid cars. 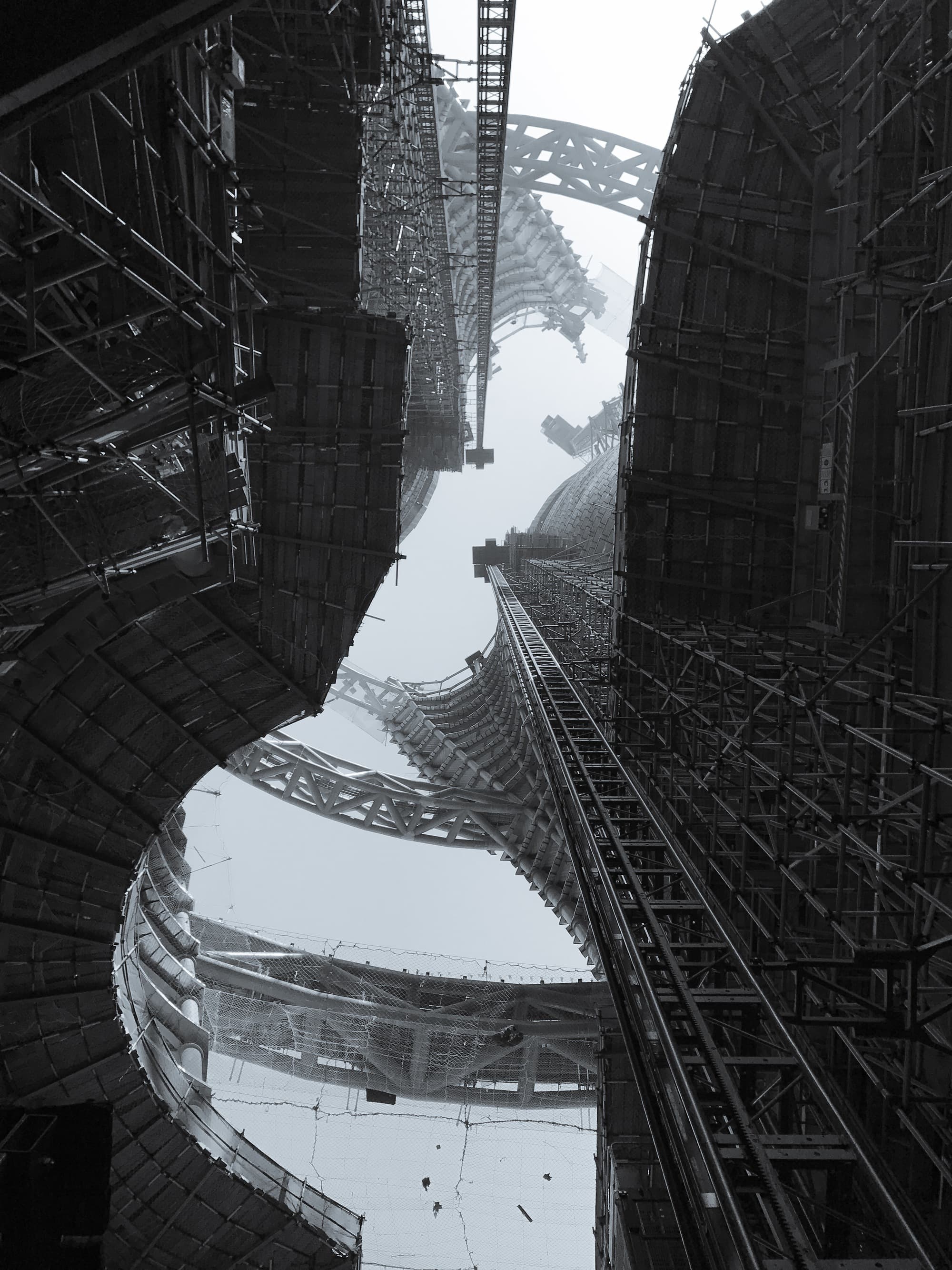 Spawn from the constraints of below ground train lines, this incredible atrium is not only record breaking, but also contributes to the environmental strategy of Beijing’s most impressive new skyscraper.