CONSTRUCTION progress on the latest addition to Google's Mountain View headquarters has been revealed in new drone footage by Matthew Roberts.

The project was first unveiled in 2015 when Danish architect Bjarke Ingels and well-known British designer Thomas Heatherwick confirmed they were working on a plan to overhaul and extend Google's main California campus. 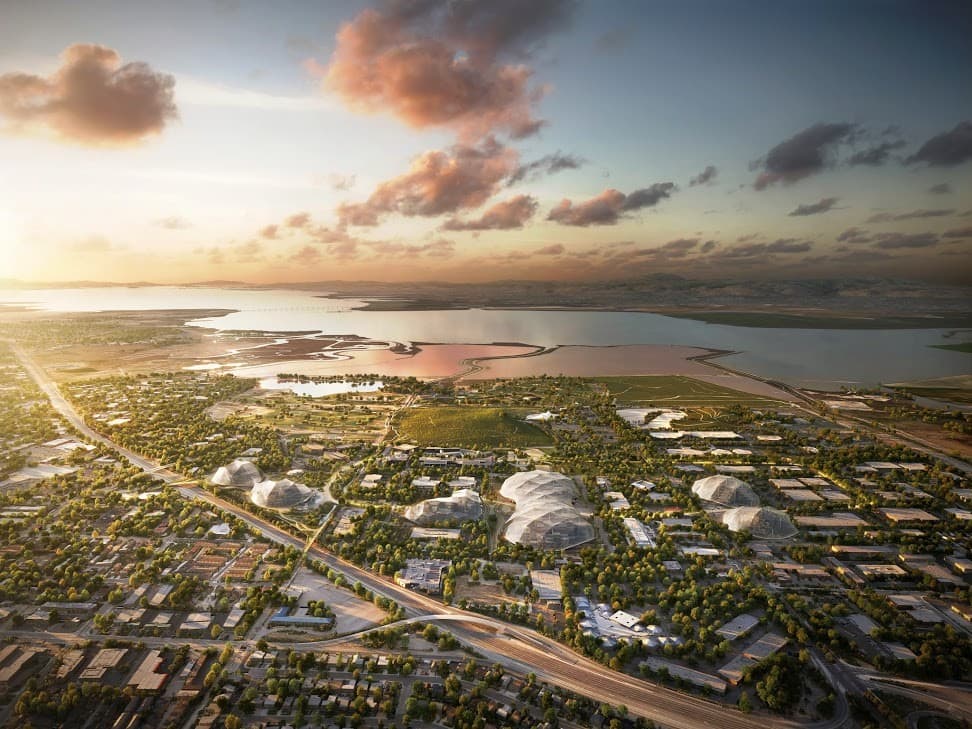 However, the initial plans - which called for four large robot-assembled canopies stretching above flexible offices across the campus - proved too ambitious.

In addition, Mountain View's local council sold the land on which Google wanted to build to professional networking site LinkedIn in 2015. 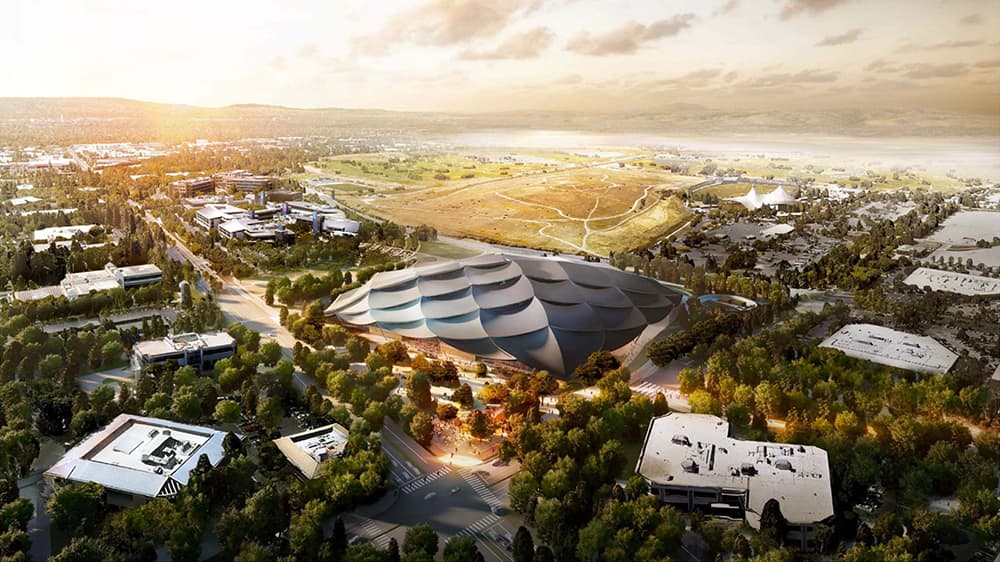 Above: The new project has been scaled back (image courtesy of Google, BIG and Heatherwick Studio).

Amended plans unveiled in 2017 no longer feature robots building the fully-demountable offices and the project's scale has been reduced to just one building.

Nevertheless, the new building will still include a tent-like structure - designed by Heatherwick Studio - with the offices underneath designed by Bjarke Ingels Group (BIG). 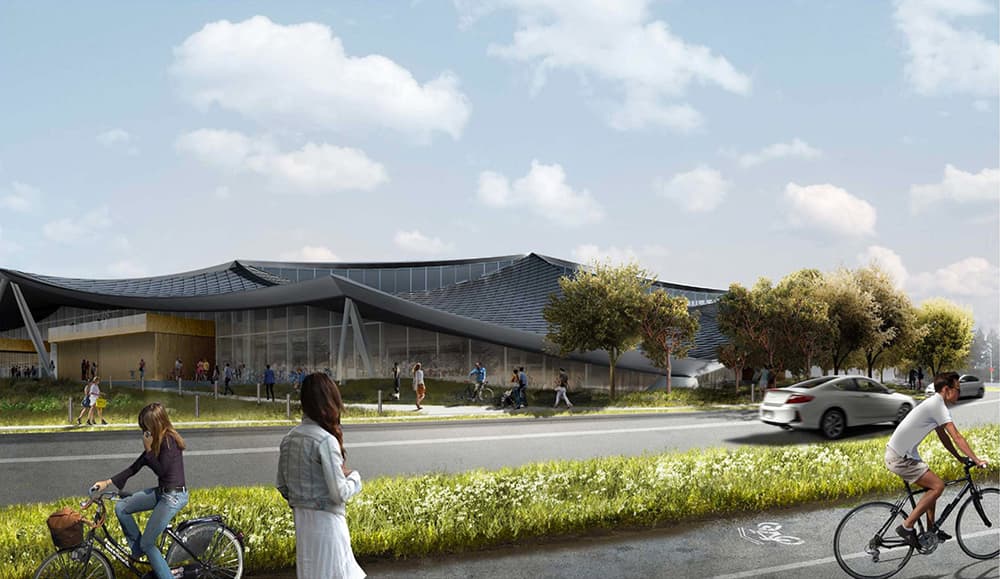 Above: The canopy will incorporate photovoltaic cells (image courtesy of Google, BIG and Heatherwick Studios).

Called Charleston East, the new structure will contain 3.6 million feet of office space and is scheduled to complete later this year.

Like other recently completed tech company headquarters, it will include laboratories, cafés and an event space, as well as a roof that incorporates photovoltaic (PV) cells. 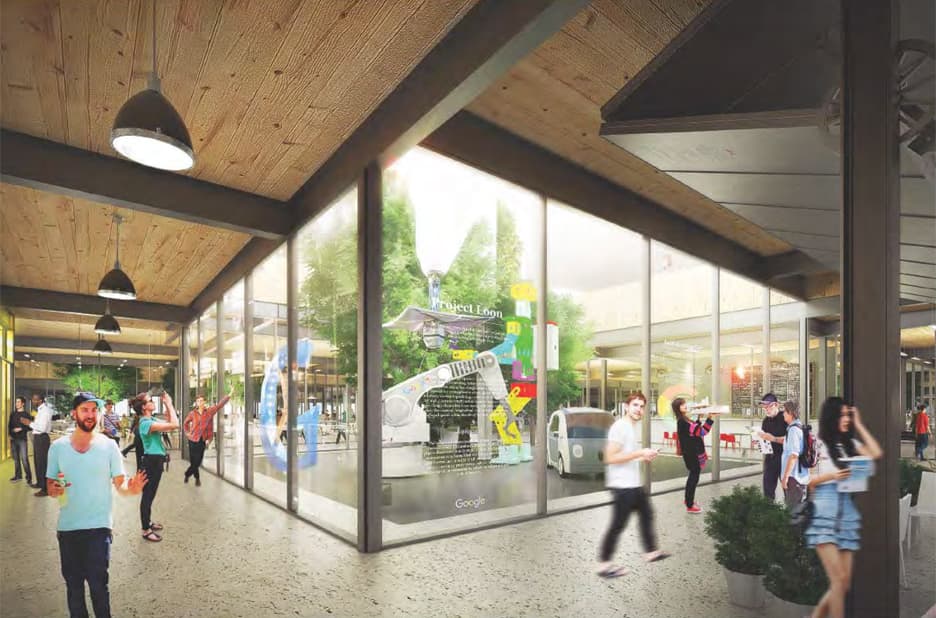 Above: The building will include a public path running through its heart (image courtesy of Google, BIG and Heatherwick Studio).

Additionally, parts of the facility will be accessible to the public and there will be a pathway going through the building that will create more opportunities for employees and visitors to walk around Google's campus.