What Makes a City Thrive

THROUGHOUT history, cities have formed the heart of our societies.

Originally developed in highly fertile regions as centres of trade, the cities of today are home to more than half of our planet's population and play a more fundamental role in shaping our progress than ever before.

Transcending the ages, our cities must continually flex, adapt and evolve if they are to remain the productive and thriving centres that billions of us call home. From access to housing and transportation, to the availability of jobs and education, we've teamed-up with Aviva Investors to discover what it takes for a city to truly thrive in our ever-changing world. 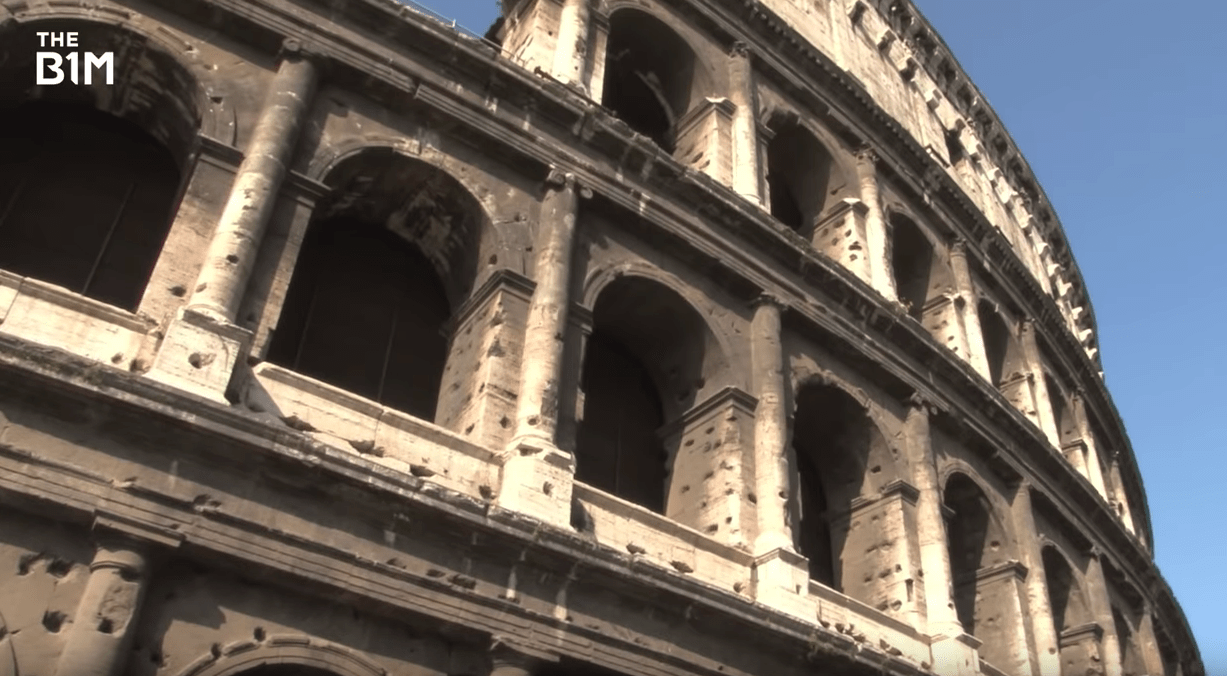 Above: Cities outlast even the most powerful empires and governments, but ensuring they continue to thrive as the world changes is an ongoing challenge.

THE LAY OF THE LAND

For thousands of years it was geography that dictated where cities developed. The earliest cities grew as defensive settlements along trade routes, on sites that offered reliable access to water and fertile land.

Babylon and Memphis, now a part of Cairo in Egypt, thrived thanks to the abundance of fertile land around the Euphrates and Nile rivers.

Being at the centre of the Mediterranean allowed Rome to dominate the region through trade and military strength.

Paris took advantage of its position on the Seine and its access to both the Atlantic and central France to become the dominant city in the region.

While our cities have long been centres of regional influence, it was the Industrial Revolution that expanded the sphere of influence a city could have. As technology began to develop millions began moving to urban areas attracted by the opportunities these centres offered.

To understand more, we spoke to Mark Versey and Lynn Smith of Aviva Investors, managers of large-scale real estate and infrastructure investment projects. 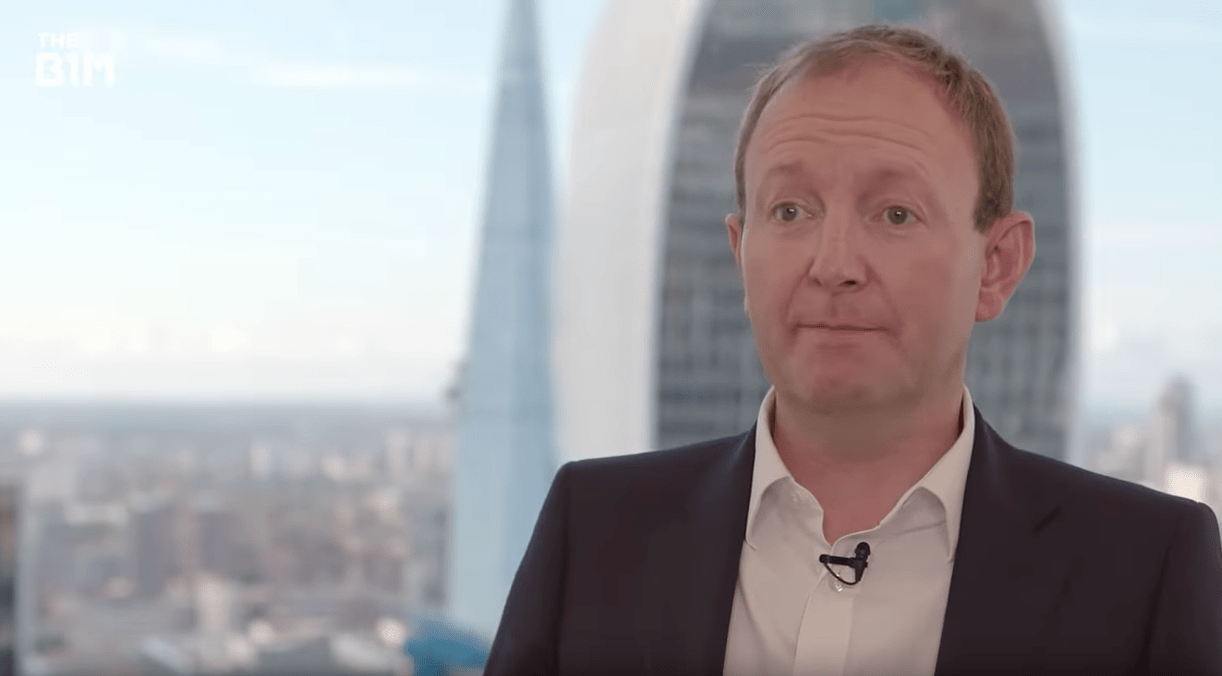 Above and Below: Aviva Investors' Mark Versey and Lynn Smith discuss the role of cities in the modern world. 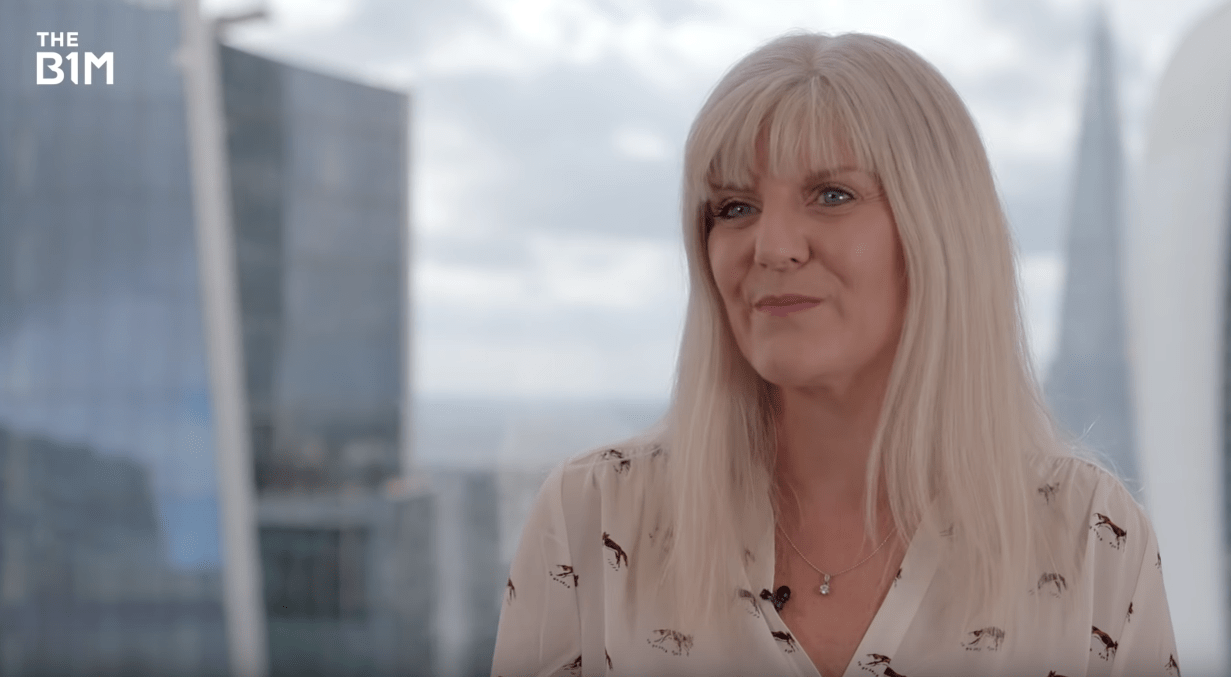 Versey explains how the rise of automation, machinery and chemicals meant that factories needed to be connected by good transport links, which cities like London and Amsterdam were in a good position to offer.

Being well placed in the export market was also very beneficial at the time, particularly with commodities such as textiles.

Smith highlights the extreme impact these changes had on society, with a huge influx of people needing to be accommodated, which put pressure on cities to grow and develop. This led to a huge strain on everything from hospitals and transport to housing.

The cities themselves had to change. Suddenly, planning became a big thrust of what a city was. Smith uses Paris as an example, where it was divided into arrondissements with a network spanning out from the Arc de Triomphe. Suddenly, town planning became crucial and if this wasn’t taken into consideration, the city failed fundamentally.

As industry took hold around the world, a city's ability to move materials and the many products they created, became key to their success.

Detroit and Pittsburgh in the United States boomed during this period and throughout the 20th century. Access to railroads and the Great Lakes allowed raw materials to flow into these cities and products manufactured by their automotive and steel industries could reach markets far beyond their home state.

Cities have to continually adapt to changing economic demands. In Detroit, much of the skilled labour moved out of the city due to increased automation changing the way that automobiles are built. More cars started getting imported into the United States and Detroit is now an area of many unused buildings. 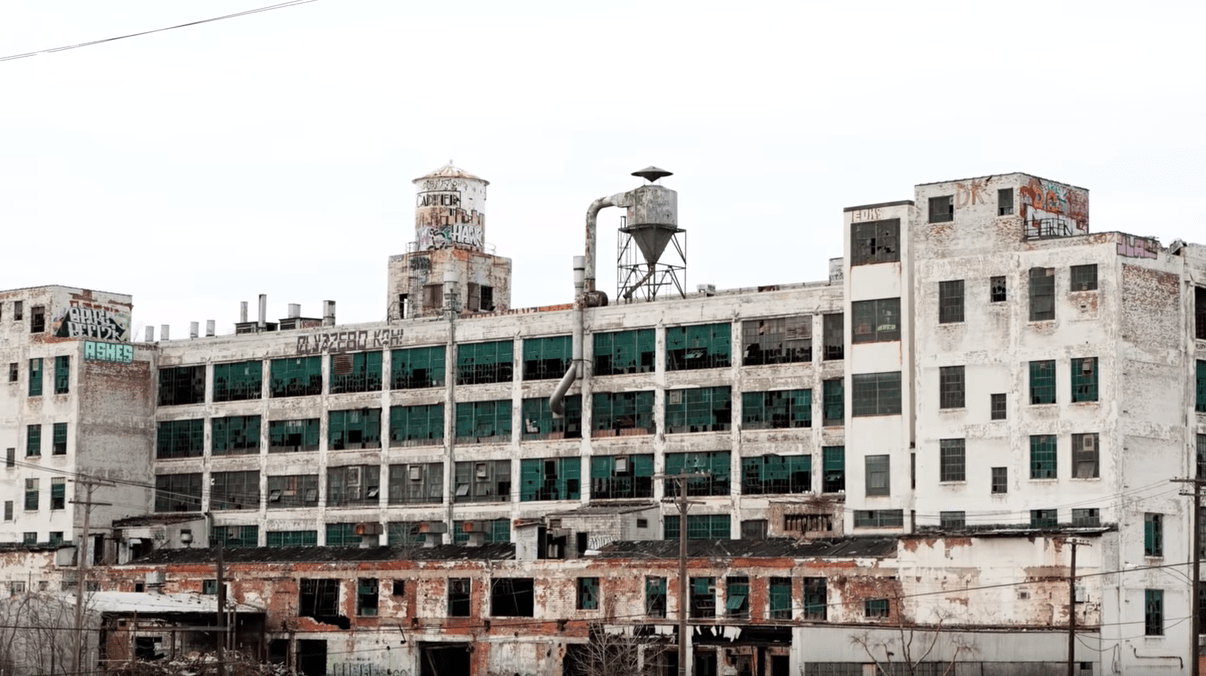 Above: An abandoned factory in Detroit following the decline of the automotive industry.

But now, demands in cities are changing rapidly again. Instead of a commodity like iron ore being the primary need, it's talented people.

According to Versey, what cities need to do now is attract people who want to live there, to work there, to play there and to learn there. The talent that people have to come up with new ideas and innovate - particularly in the field of science - is what businesses are looking for today. Rising automation means that lower-skilled workers can be replaced by machines, so what cities are really looking for now is more educated talent.

By adapting and reinventing themselves to attract new industries, urban centres of all sizes can transform themselves into thriving centres of innovation and secure their success into the future.

When San Francisco opened up to new industries, the city and wider Bay Area completely transformed. Today, it is recognised as one of the world's leading technology hubs.

Needing to diversify its economy in response to a manufacturing crash in the 1990s, large parcels of former industrial land in Melbourne were developed into mixed-use precincts, leading to a boom in inner city residential and commercial space. 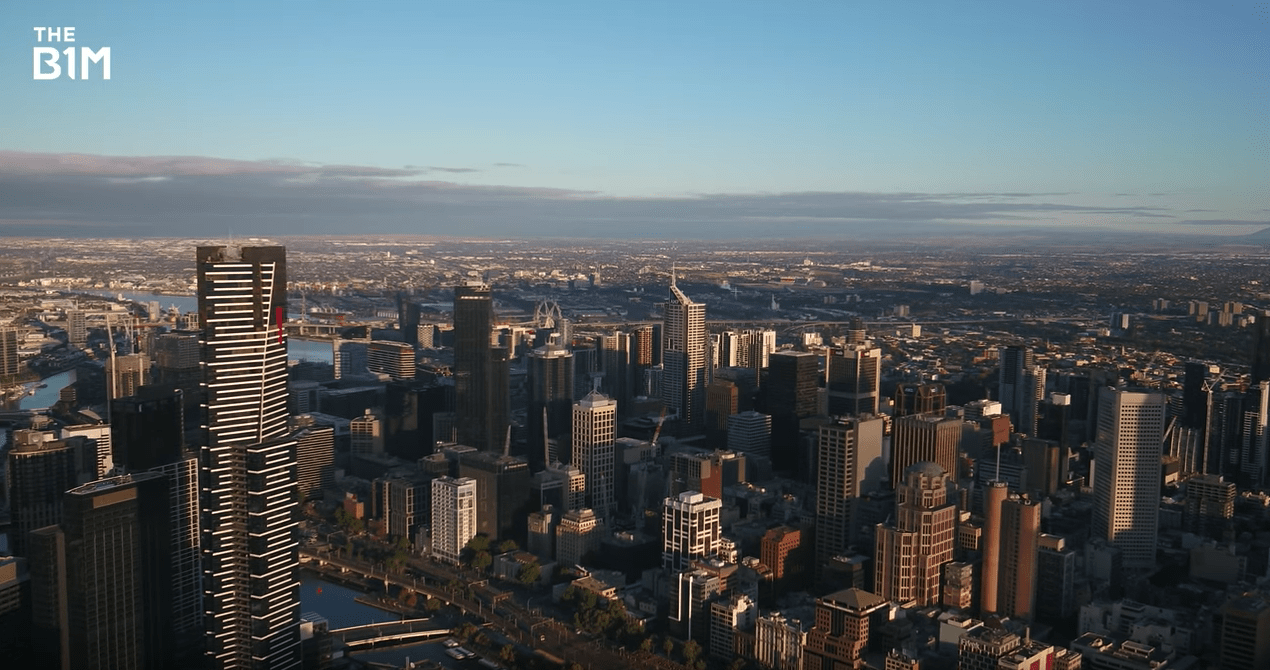 Above: Melbourne's revival gave it a competitive edge in attracting new and expanding industries.

Dublin saw its outlook change when the government began offering tax credits and incentives to large corporations, allowing the likes of Google, Facebook, eBay and PayPal to establish their European headquarters in the Irish capital.

Creating hubs for a particular industry within a city is a good way to pull in the right talent.

Versey reveals the work that Aviva Investors has put into a new IT hub in Cambridge, which has so far attracted Microsoft and Apple, with more businesses flocking to the area.

Cambridge benefits from having one of the world’s top universities, enabling a local source of quality talent and keeping it within the city.

It is also known for being a popular cultural spot where residents can enjoy a good quality of life - it's a relatively affordable place to live and it's got schools and hospitals. In fact, "it's kind of got everything," in Versey's opinion.

Versey points out how the cities of the future are not necessarily the largest cities anymore. What’s much more important now is infrastructure, connectivity, as well as access to talented resource. 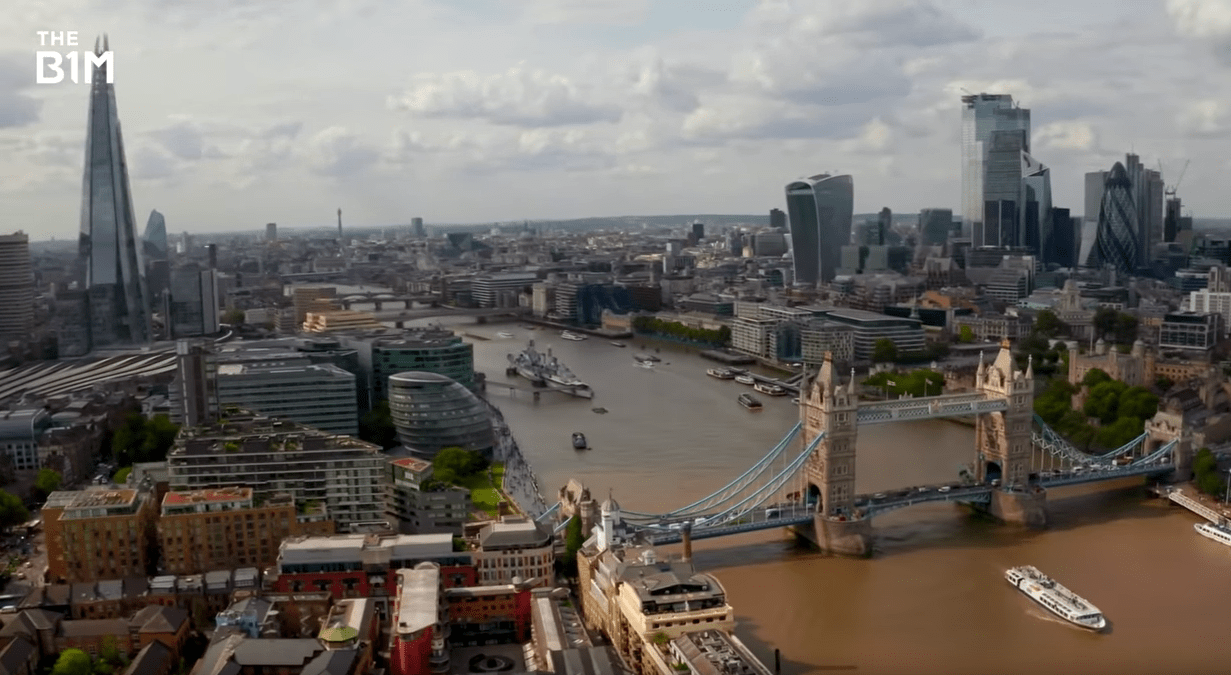 Above: London has reinvented itself time and again and remains one of the world's most influential cites.

Cities generate most of the tax revenue in every country, which is why they have to be performing at their best. It is where most of the people work, so it is essential to have successful industries which then produce the tax revenue to support the whole economy and the entire country.

When asked about her favourite part of the job, Smith says it’s when she sees people enjoying the outcome of a project, with one highlight being Aviva Investors’ contribution to transforming London’s Kings Cross from a sterile spot to a vibrant community.

For Versey it’s the impact on society that most excites him. He picks out the £300 million Enterprise City development currently underway in Manchester, taking the iconic Granada Studios site and turning it into a multi-use office, residential, and leisure centre where people can live, work, play and learn all in one place.

The role cities play in our everyday lives and the economic and cultural influence they now exert, means they are more important than at any other time in human history. And as our world continues to evolve, only cities that harness the powers of talent, clusters and scale will thrive.

Our thanks to Aviva Investors, Mark Versey and Lynn Smith.