Video powered by Autodesk and hosted by Fred Mills.

CONSTRUCTED more than 85-years ago to protect low-lying areas of the Netherlands from flooding, the Afsluitdijk is a true wonder of engineering.

Spanning 32 kilometres and holding back the Wadden Sea, the project was one of the largest engineering feats of its time and is credited with saving large parts of the country from catastrophic flooding in 1953.

But while the Afsluitdijk has stood firm for almost a century, rising sea levels and stronger storms mean that Dutch authorities are now investing USD $617M to strengthen the structure so it can withstand a one-in-ten-thousand-year storm event.

Using 75,000 concrete blocks, constructing new drainage locks and being aided by the latest technology, this nation-saving seawall is getting a super-sized upgrade.

When works first started in 1927, the construction of the Afsluitdijk was one of the largest undertakings of its kind anywhere in the world - with more than 36 million cubic metres of material needed to span the 32-kilometre mouth of the Zuiderzee.

Starting in four locations along the length of the dyke, ships began dredging material and depositing it directly onto the seafloor until it breached the surface.

Above: Construction of the Afsluitdijk was one of the largest engineering feats of its time.

Basalt rocks were used to strengthen the dyke and it was raised to its final height with sand and clay before being topped with grass to hold the surface material together.

On 28 May 1932 the final gap in the dyke was filled, finally separating the Netherlands from the Wadden Sea and creating one of Europe’s largest lakes in the process. 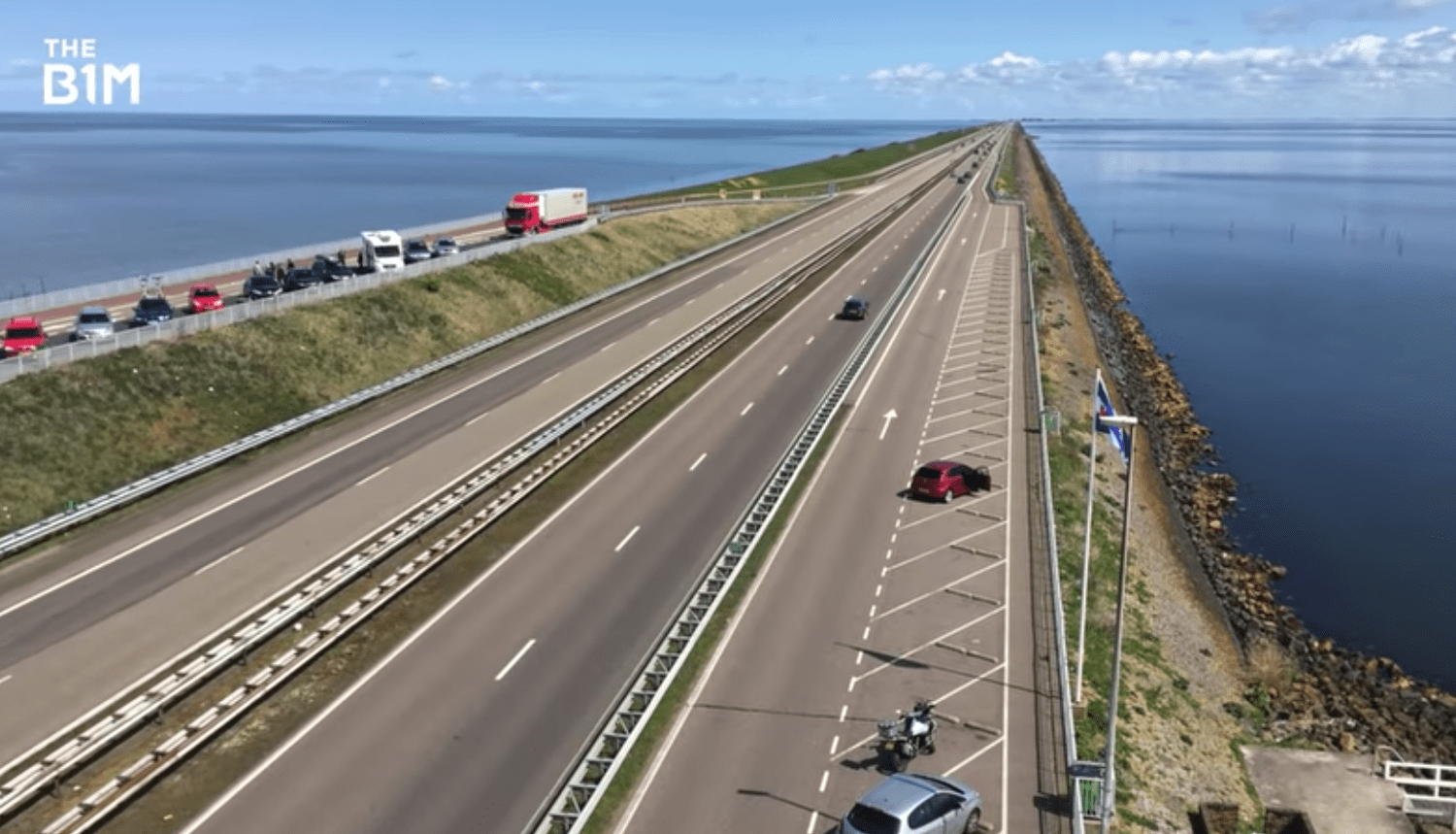 Above: The Afsluitdijk enabled the construction of a causeway to connect North Holland to Friesland (image courtesy of BAM).

While many minor upgrades and improvements have been made to the dyke in the years since rising sea levels and an increase in the frequency and ferocity of storms has left the dyke in need of major reinforcement - and 2019 saw the start of a major strengthening project.

While raising the height of the Afsluitdijk was considered, this method would use considerably more material and add significant cost to the project.

Instead, engineers will strengthen the dyke by adding a layer of concrete reinforcing blocks along its length - resisting erosion and preventing breaches during rough storms. 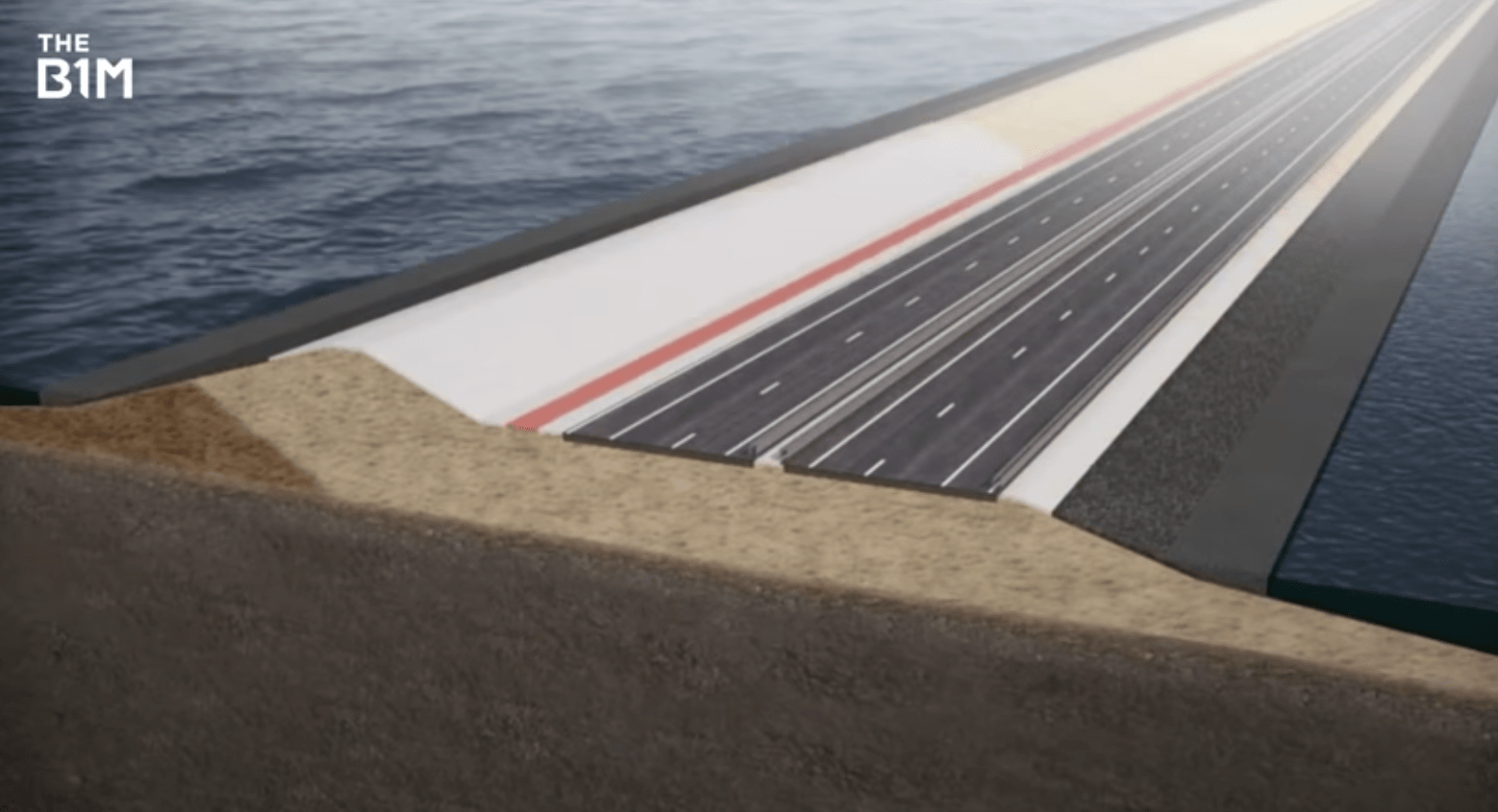 Above: The strengthening works will involve a layer of concrete blocks to protect the dike form erosion in storms without changing its overall appearance (image courtesy of Rijkswaterstaat).

Each of these blocks will be microchipped to ease the process of tracing and maintaining them in the future.

While passive sluice gates were built into the original structure to discharge water from the lake twice-a-day during low tides, the difference in water level on either side of the dyke at low tide is no longer enough to allow for sufficient drainage to the Wadden Sea.

To ensure the lake isn’t flooded by the rivers that feed it, two of the largest pumping stations in Europe will be built alongside the sluice gates.

The dyke’s locks will also be expanded to improve the passage of boats and the A7 causeway will be widened. 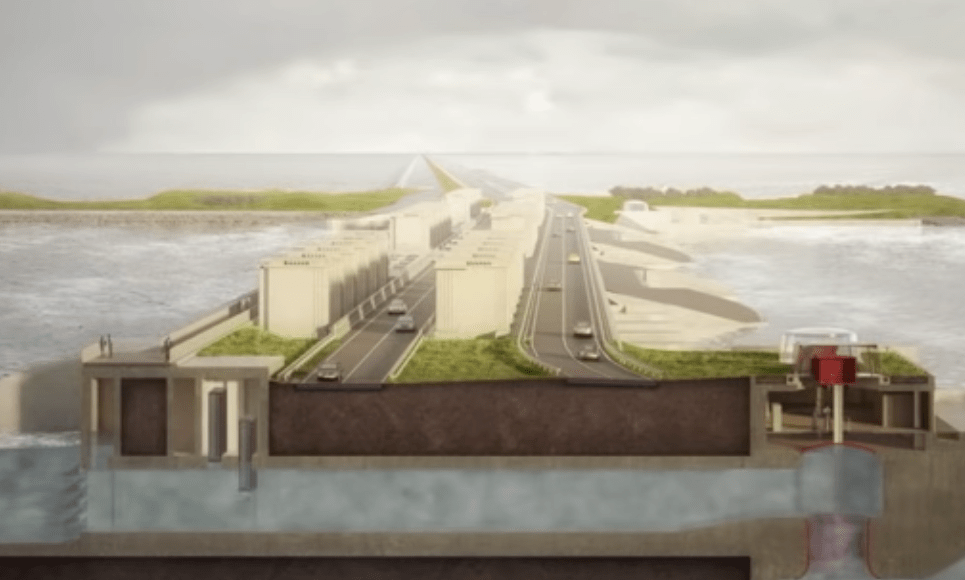 Above: To increase the amount of water discharged from the lake, two of the largest pumping stations in Europe will be built into the dike ( image courtesy of Rijkswaterstaat).

When the Afsluitdijk was first built, little concern was given to the environment or local habitats that the new structure would be dividing - and the dyke caused a large drop in local fish populations.

To correct this and encourage biodiversity, a new fish migration river will be built connecting the two habitats.

The sheer scale of this scheme means that over 500 architects, civil engineers and contractors are all collaborating throughout the design and pre-construction phases - from different geographic locations.

When the dyke was first constructed this simply wouldn’t have been possible. Design coordination would have taken place in person with engineers comparing paper drawings and updating hand-drawn information as changes were made.

The contrast with today couldn’t be starker. To avoid mistakes which could cost time and money if discovered out on the sea wall itself, the team are using Autodesk’s BIM 360 Model Coordination platform.

Uploading their design models into a shared environment online enabled the team to coordinate them and run automated clash detection - identifying any errors in the model before works commenced on site. 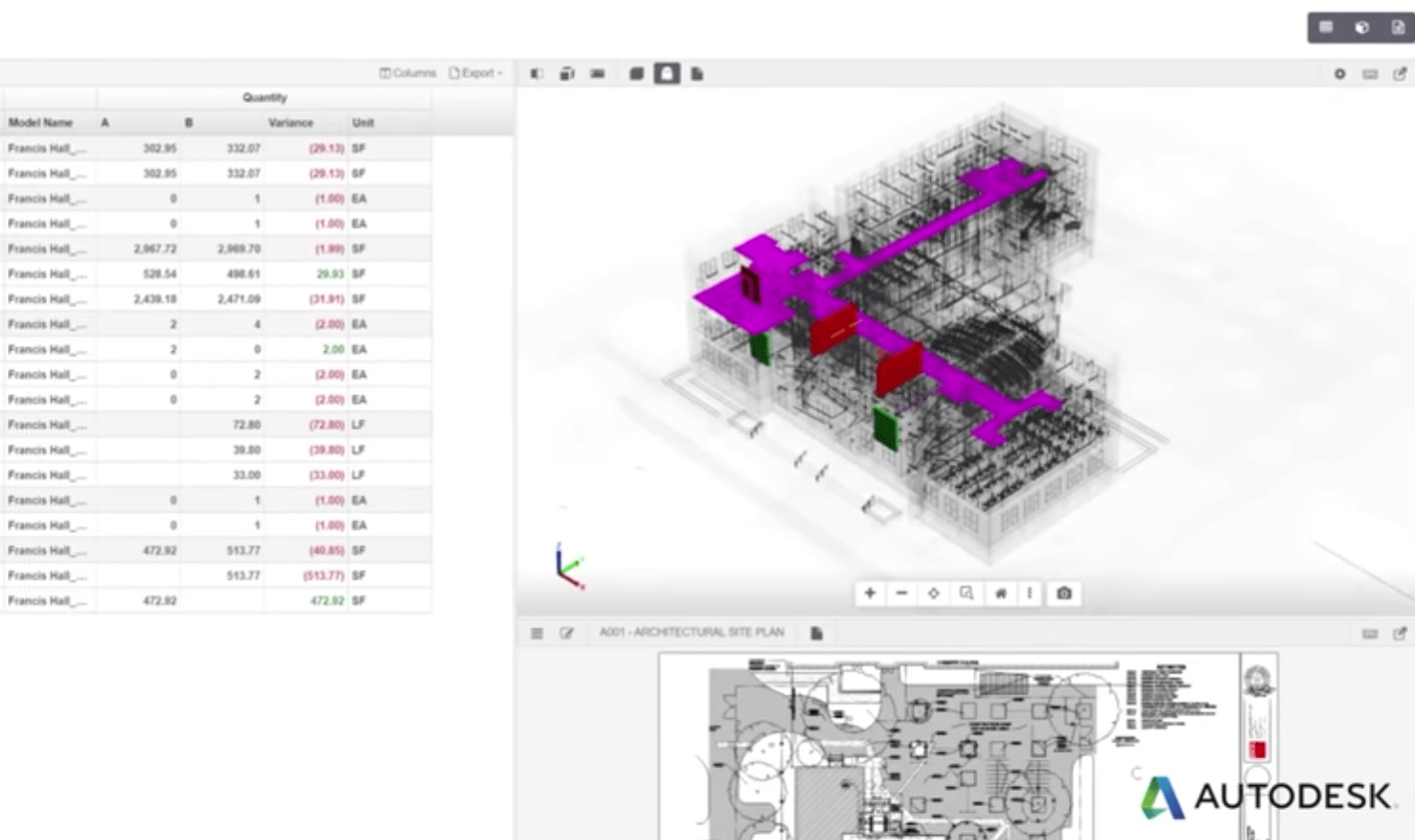 Above: The team used Autodesk BIM 360 to coordinate the project (image courtesy of Autodesk).

The use of a common location online to share and store design information ensures that engineers and contractors can always access and work from the latest information, further cutting the risk of errors occurring during construction.

The clever reinforcement of this 1920s sea wall - enabled by 2020’s technology - is likely to prove a powerful example to other countries in the years ahead as our planet grapples with a changing climate.

Due to fully complete in 2023 and not require a further major upgrade until at least 2050, the sea wall that saved a nation is likely to go on protecting it for decades to come.

To learn more about how the Afsluitdijk project team was supported by Autodesk, click the link below.

This video and article were powered by Autodesk.