Video powered by Autodesk and hosted by Fred Mills.

WITH the United States preparing to host both the 2026 FIFA World Cup and the 2028 Olympics Games, Los Angeles International Airport (LAX) is undergoing one of the largest public work programs in Californian history.

From its origins as an unpaved landing strip in the 1920s, LAX has grown into one of the world’s largest aviation hubs, welcoming 88 million passengers and seeing some 690,000 aircraft movements in 2019 alone.

But while the airport has consistently ranked among the world’s busiest, it’s also infamous for poor passenger experience and extreme traffic congestion. 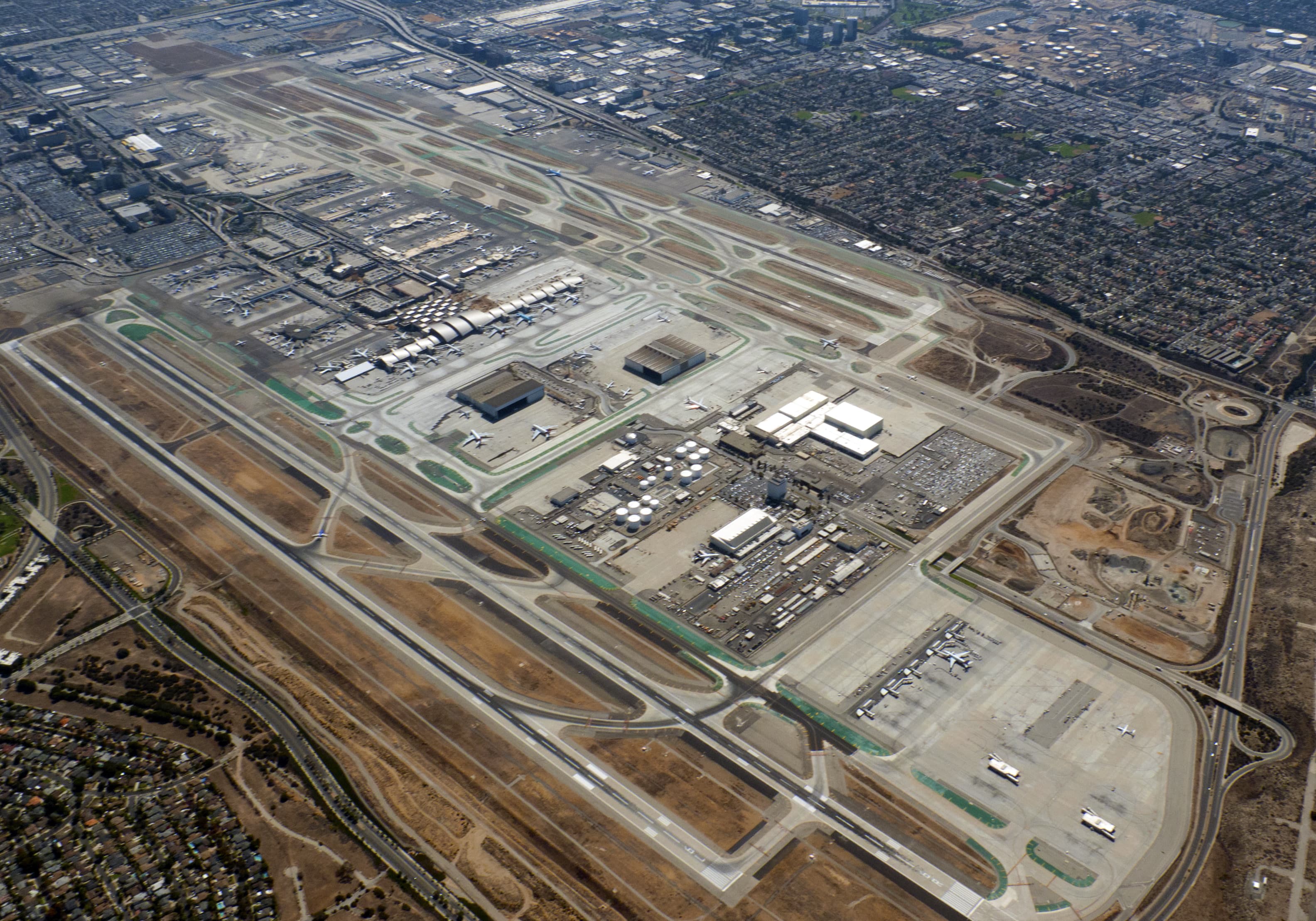 Above: LAX has grown into one of the world's largest aviation hubs (image courtesy of D Ramey Logan).

Passenger numbers have more than doubled since the hub’s last major upgrade ahead of the 1984 Olympics and, then-eyeing a new bid for the Games, Los Angeles World Airports (LAWA) embarked on a 21st-century overhaul.

Though upgrades to runways and operating systems form a large part of the project, the most noticeable changes for passengers will be updates to each terminal; increasing aircraft capacity and improving traveller experience.

The USD $1.9BN redevelopment of the Tom Bradley International Terminal is the clearest example to date.

With the terminal and concourses rebuilt from scratch, the project added 116,000 square metres of space and 18 new gates; 9 of which can accommodate wide-bodied aircraft like the A380.

The terminal will be joined by a USD $1.6BN new Midfield Satellite Concourse in 2020. 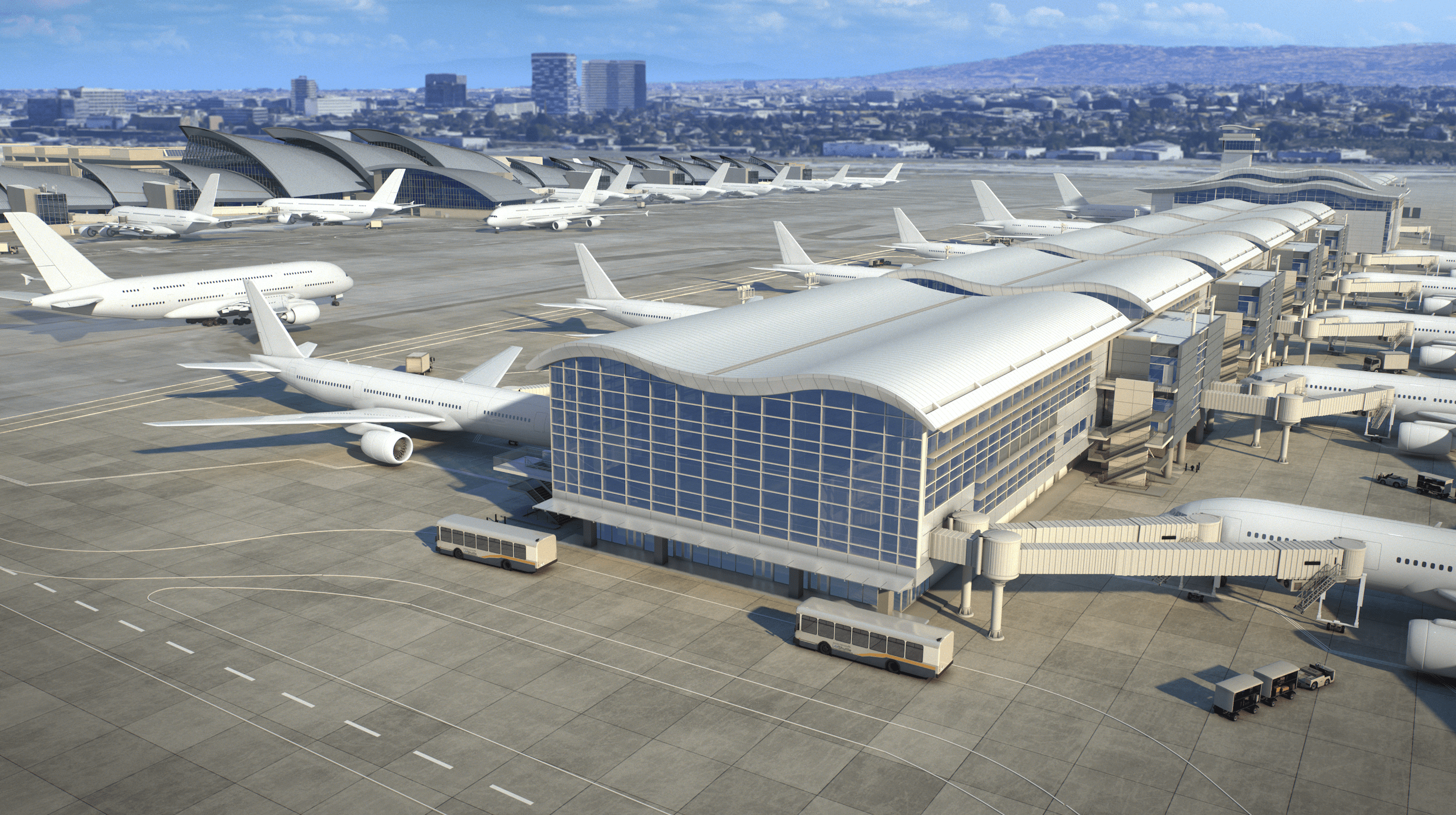 Above: The Midfield Satellite Concourse is due to open in 2020 (image courtesy of Los Angeles World Airports).

To accommodate projected growth, an 11-gate concourse alongside Terminal 1 and a new 12-gate Terminal 9 are already underway and set to be operational by 2028.

While the growth of LAX has put pressure on existing facilities for years, it is the congestion in and around the airport which is the biggest headache for travellers.

With LAX lacking connections to other forms of transport, the only way to reach the terminals is via the notorious “LAX horseshoe” - a 1.6-kilometre airport loop that often takes over an hour to drive around in peak times. 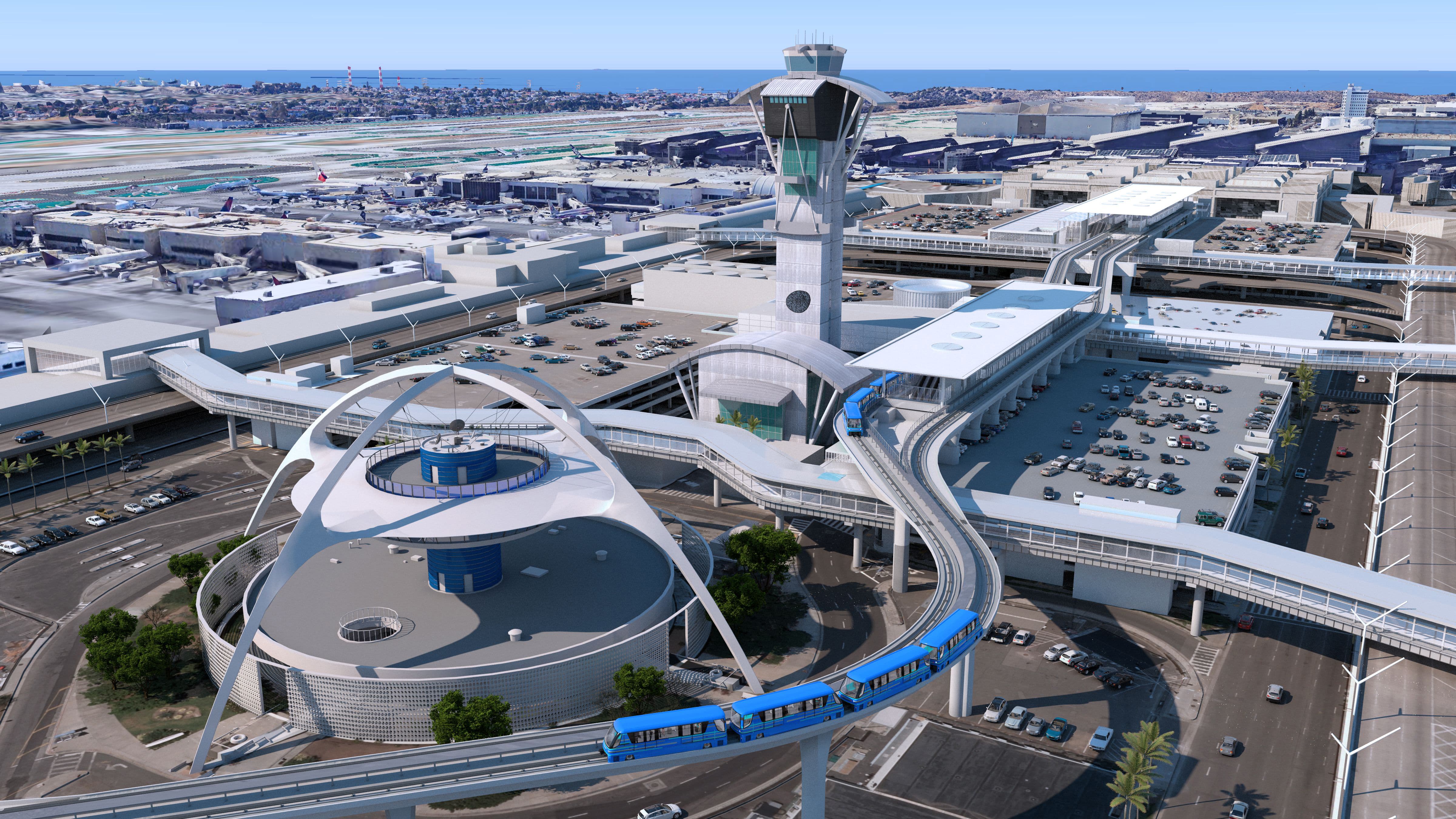 Above: The Automated People Mover will link the terminals to the Los Angeles metro (image courtesy of Los Angeles World Airports).

At the heart of LAMP is the 3.6-kilometre Automated People Mover (APM) which will connect the airport’s terminals to new consolidated parking and rent-a-car facilities and give LAX a long-awaited connection to the Los Angeles Metro.

Operating 24-hours a day with six stations along its route, the APM will allow passengers to seamlessly transfer from the metro to their desired terminal in under 10 minutes - and is expected to carry 30 million people each year.

Co-ordinating and building a project of this scale - while keeping one of the world’s busiest airports open - is an extreme task that demands digital collaboration.

With designers and engineers from 12 different trades working on over 180 design models across 33 offices in 22 cities and five different time zones - the expert team turned to Autodesk’s BIM 360 platform. 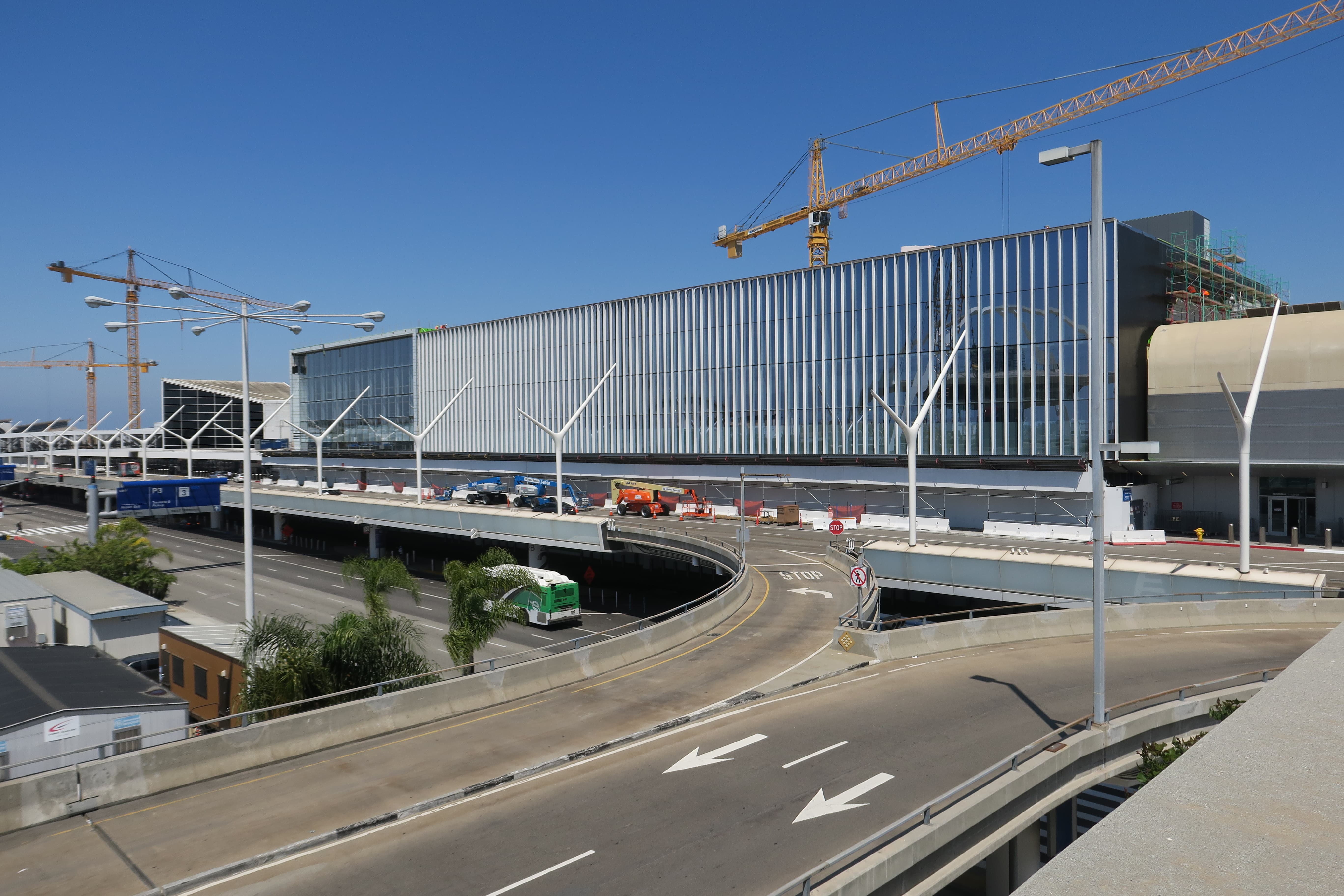 Using BIM 360 Model Co-ordination, the team is able to access information about the project from anywhere in the world, at any time of day.

Sharing their models and federating them in Autodesk BIM 360, designers used the software’s automatic clash detection features to identify errors, track and address them, before works were undertaken for real on-site - avoiding expensive mistakes, saving time and reducing risk.

Giving the whole team access to see and understand the project digitally, in three-dimensional form, from anywhere in the world before construction has been critical to the AMP progressing on time and within budget.

The teams on site are issued with high-quality construction issue information and can effectively build it right, first time. 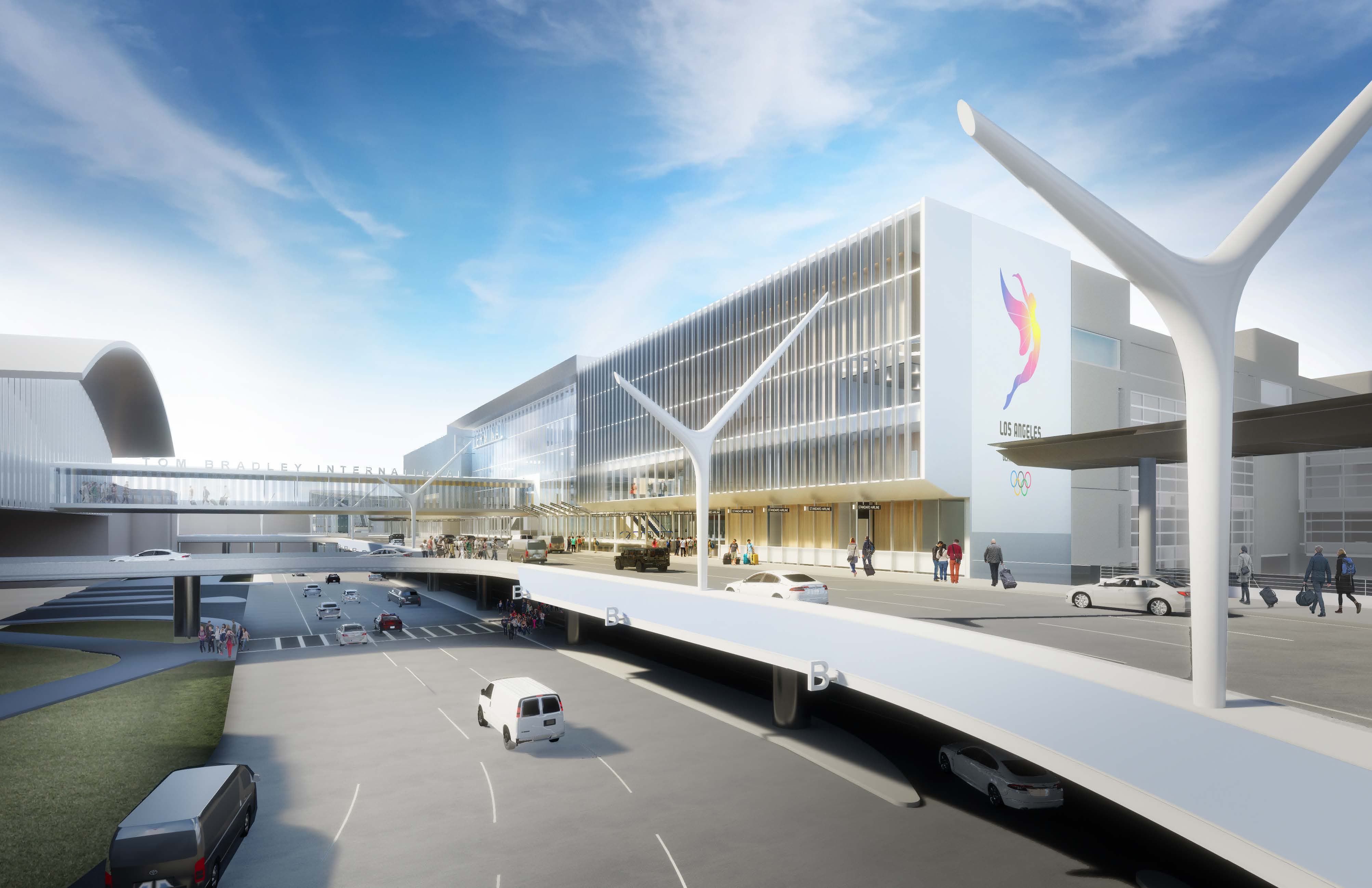 Above: The entire upgrade is due to complete in time for the 2028 Olympic Games (image courtesy of Los Angeles World Airports).

From upgrading runways and expanding terminals, to the addition of much-needed transport infrastructure - all while keeping the airport operational - it’s easy to see how the upgrade at LAX is the largest public project in the city’s history.

As work continues in the run up to 2028, regular travellers are set to see one of America’s most notorious airports cruise at new heights in the years ahead.

This video and article were powered by Autodesk. Learn how the team at LAX succeeded with Autodesk BIM 360 here.