Each year, a country that’s smaller than New York’s Central Park, builds a world-class street circuit that spans a third of its length and sees its population grow by more than 500% overnight.

The Monaco Grand Prix is an event that turns an entire country on its head. 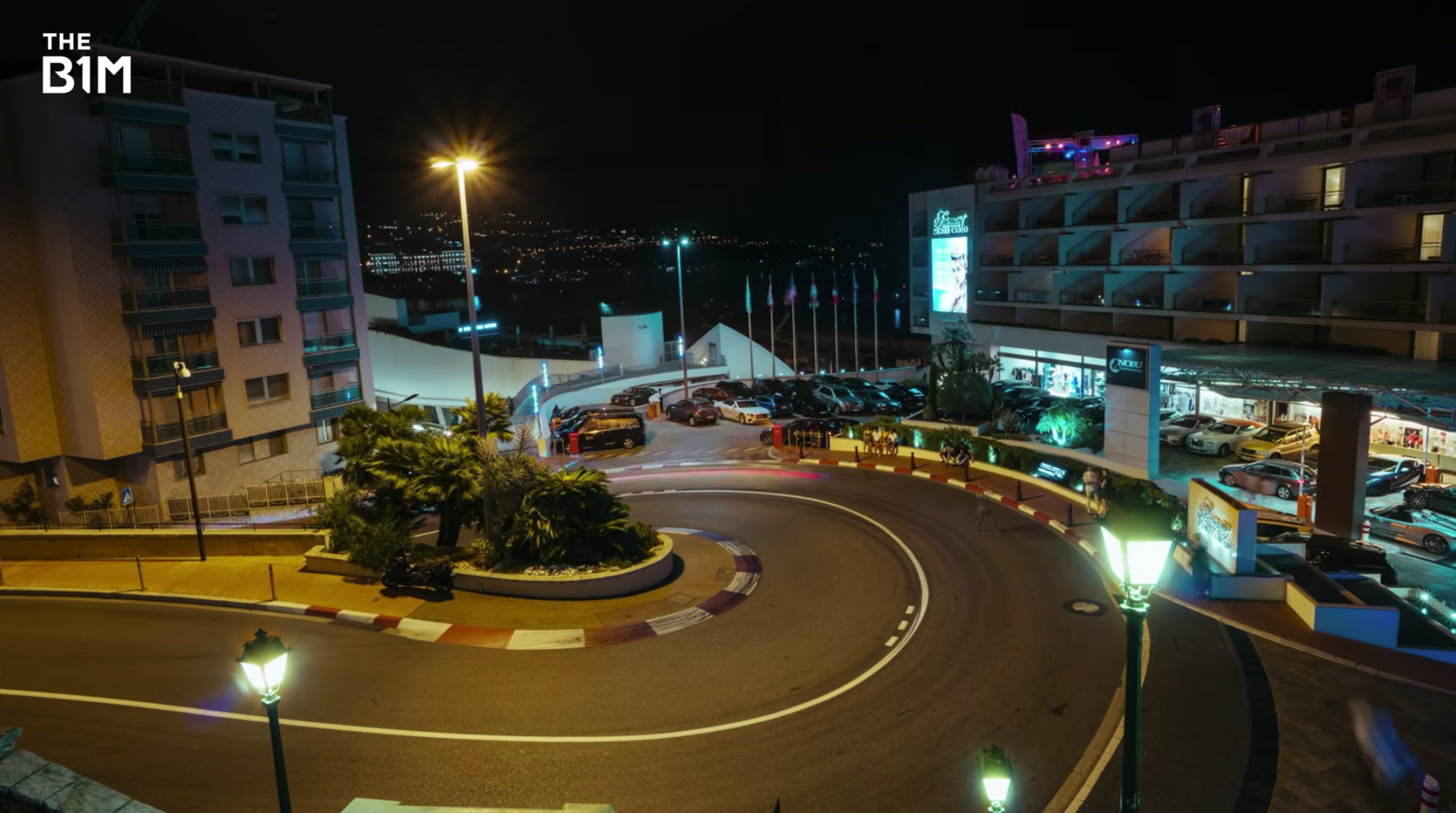 Above and Below: The Formula 1 Grand Prix transforms Monaco each year.

It’s an incredible feat of logistics, engineering and temporary construction that takes some serious planning and patience.

From the resurfacing of roads to the construction of stands, barriers, entire media centres and the small matter of some 200,000 people arriving in a city that’s normally home to 38,000 - it’s one of the most impactful sporting events there is.

First held in 1929, the event made its Formula 1 debut in 1950 and has since become a staple of the world championships - appearing on every season’s calendar since 1955, apart from in 2020 of course when almost everything fun was cancelled.

The overall layout of Monaco’s track has changed very little over years - it’s a small country and there’s not that much else you could do.

Outside of the Grand Prix, the route is used as a public road - and keeping that up to FIA regulations is a serious job. 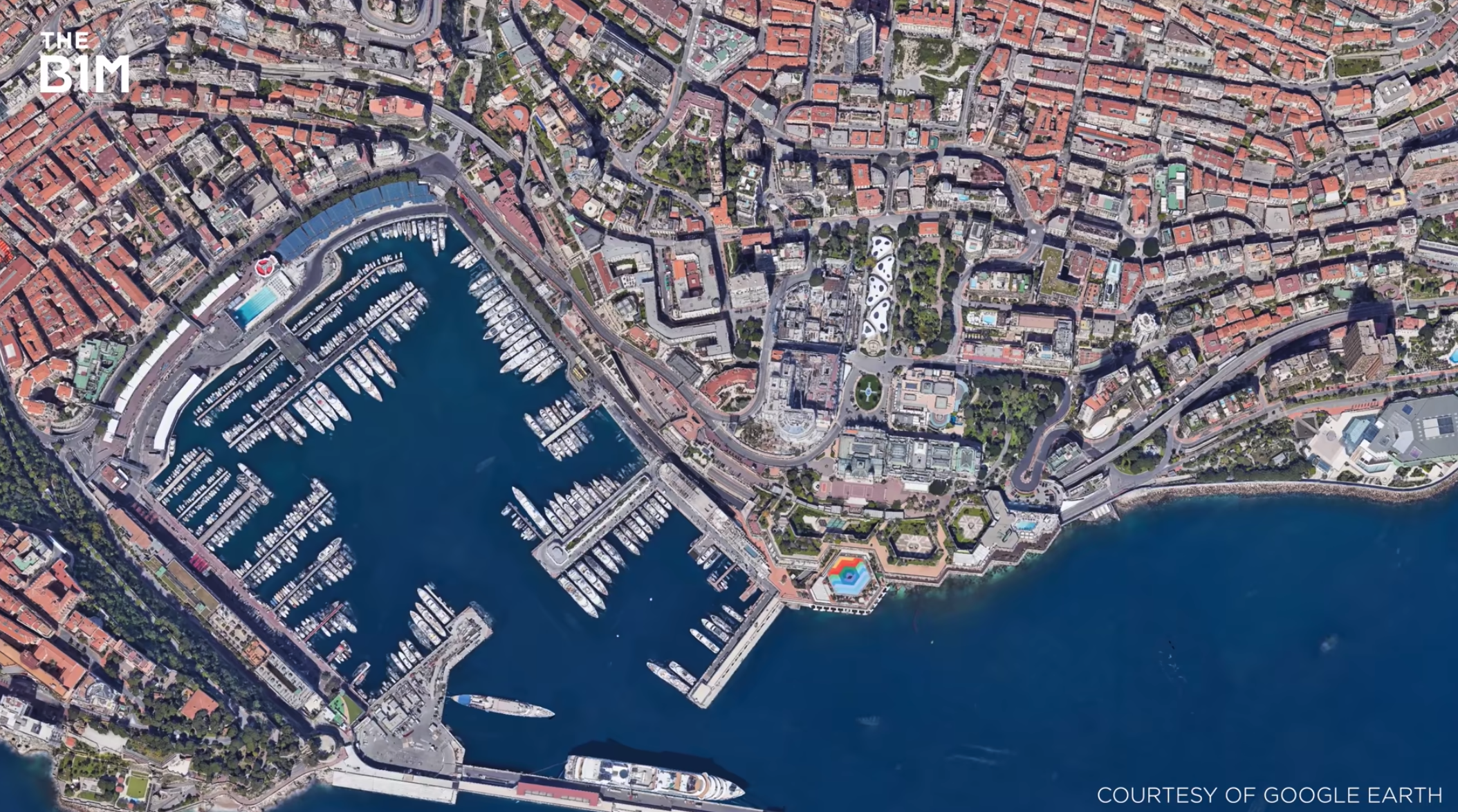 Above: The sections of the track resurfaced ahead of the 2021 race. Image courtesy of Google Earth.

Prior to each year’s racing, about a third of the 3.3-kilometre circuit is planed and resurfaced; removing any deformations that could impact drivers on what is already considered one of F1’s most challenging circuits.

The Circuit de Monaco runs along some of the country’s main thoroughfares, so these works and the line repainting are largely carried out at night, in sections, over a three-week period.

With the track established, things start to move up a gear with the construction of the temporary facilities, about six weeks out from the racing. Much of this is prefabricated away from site, reducing the set-up time in Monaco itself.

Relying on a team of highly skilled, full-time engineers to keep on track, some 600 trucks carry grandstands, pit garages, barriers, footbridges and more into the country - completely transforming it.

Above and Below: Temporary grandstands and pit garages along the route. Images courtesy of Automobile Club de Monaco.

While the pit facilities in Monaco are only temporary structures, they are no less high-tech than those provided at the permanent circuits.

Arriving in different 120 sections, these modules are lifted into place by crane and assembled over 14 days; creating 450 square metres of space for each of the 12 teams across three floors, divided into mechanical, technical and hospitality sections.

With limited open space along the circuit, the majority of the seating is located along the waterfront of Port Hercule, with smaller stands located at key positions: like the Monte Carlo Casino and the entrance of the tunnel section near Portier Cove.

Of course, boats, rooftops and the terraces of surrounding hotels and restaurants all act as VIP sections for fans.

Above: A footbridge being erected to keep the country connected. Image courtesy of Automobile Club de Monaco.

The circuit’s official capacity is 37,000 making it the smallest of any in Formula 1 - but Monaco’s unique landscape gives thousands of people views of the track and it has a much larger non-ticketed audience than other Grand Prix events.

With so many spectators near the track, over 20,000 square metres of safety mesh and more than 21 kilometres of safety railing are installed to protect the public, buildings and drivers.

While the pandemic has forced some countries to hold their Grand Prix without spectators, Monaco is allowing 40-50% of ticketed seats to be sold, marking the biggest return to capacity since the disrupted 2020 season.

To keep the country connected while the race is on, a maze of footbridges and gangways is installed.

Then, 670 event marshals are brought in to help coordinate the team of nearly-3,000-strong team that it takes to pull off the event.

The organisers work hard to minimise disruption as far as is possible and access to the circuit is largely unrestricted. It’s only completely closed to pedestrians and traffic between 5:30am and 7:30pm on race days - a major break with other circuits like Singapore and Melbourne which remain closed to traffic for the duration of the event.

After the racing, everything is cleared away again and the country returns to its more peaceful self.

With its global reach, a place on Formula 1’s calendar is a highly sought-after prize - and some emerging markets have managed to edge-out smaller ones over the years.

Despite its size, Monaco’s unique blend of history, prestige and atmosphere has seen it attain near untouchable status in the racing world - all enabled by an incredible team of construction workers and engineers who pull off this amazing transformation, most years.