SINCE the end of the Second World War, Europe has been on a road to integration.

From the establishment of the European Coal and Steel Community to the implementation of a single currency, the last seven decades have seen the continent’s diverse mix of nations come together - to create one of the largest and most powerful economic and political entities in history.

From undersea tunnels to continent-spanning railroads, these infrastructure projects are uniting Europe.

Separated from the rest of the country by the Neum corridor since 1991, the 2.4-kilometre Plejesac Bridge will reconnect the exclave of Dubrovnik-Neretva to the Croatian mainland and remove the need for border checks with Bosnia and Herzegovina. 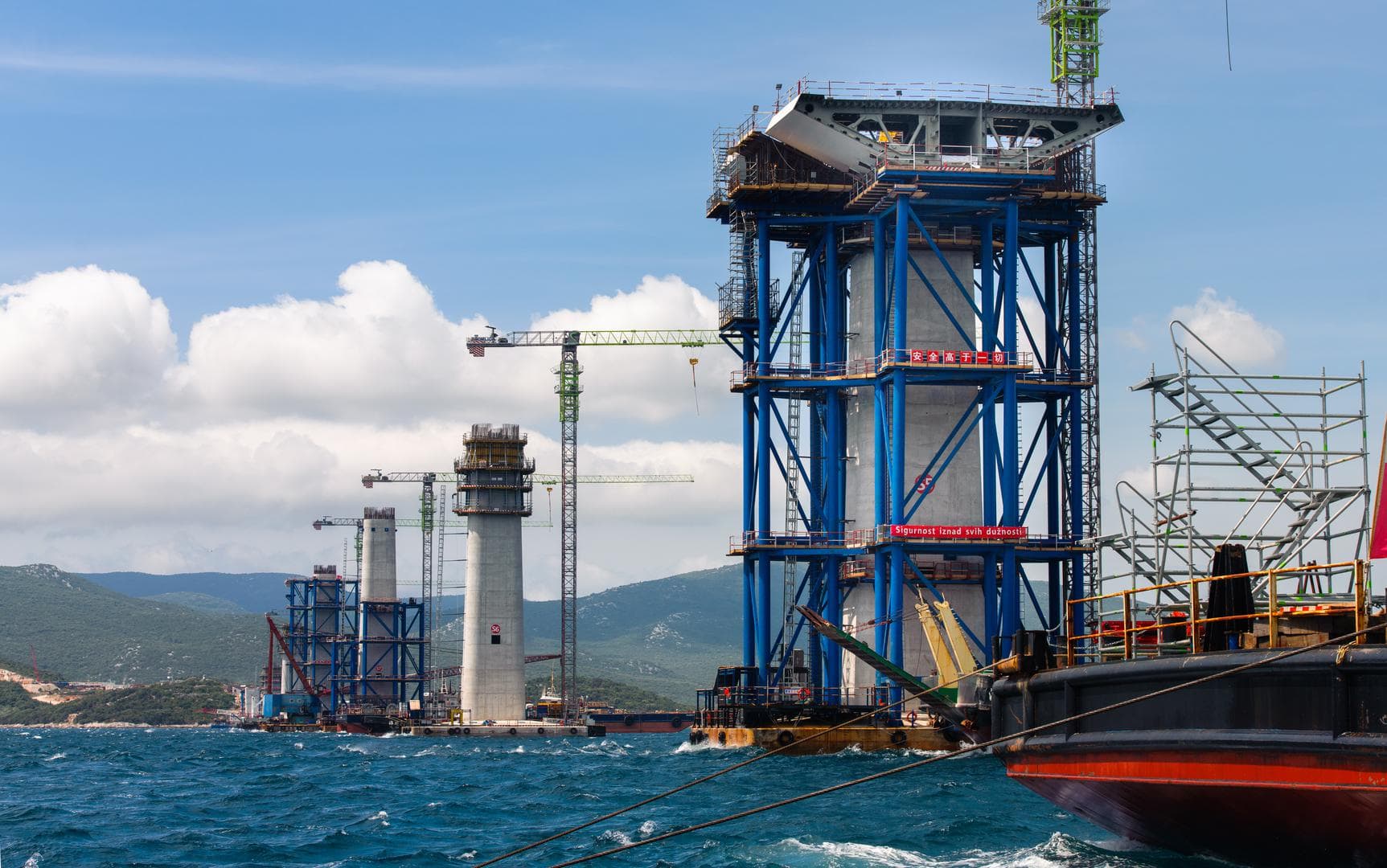 Above: Delayed by the Global Financial Crisis, the Peljesac Bridge is now due to complete in 2022 (image courtesy of Hrvatske Ceste).

Though construction first began in 2007, the bridge was put on hold for almost a decade when the Global Financial Crisis hit, and works didn’t resume until 2018.

Due for completion in 2022, the €420M bridge will be constructed by the China Road and Bridge Corporation, while the 32 kilometres of connecting roads, tunnels and viaducts will be carried out by Austrian and Greek contractors.

Connecting the interior of the continent to the ocean, canals have formed the backbone of Europe’s trade network for centuries.

While they remain an efficient way to transport goods, the limitations of draught (or depth) and lock size amongst many of Europe’s older canals now limits their use to vessels weighing less than 600 tonnes. 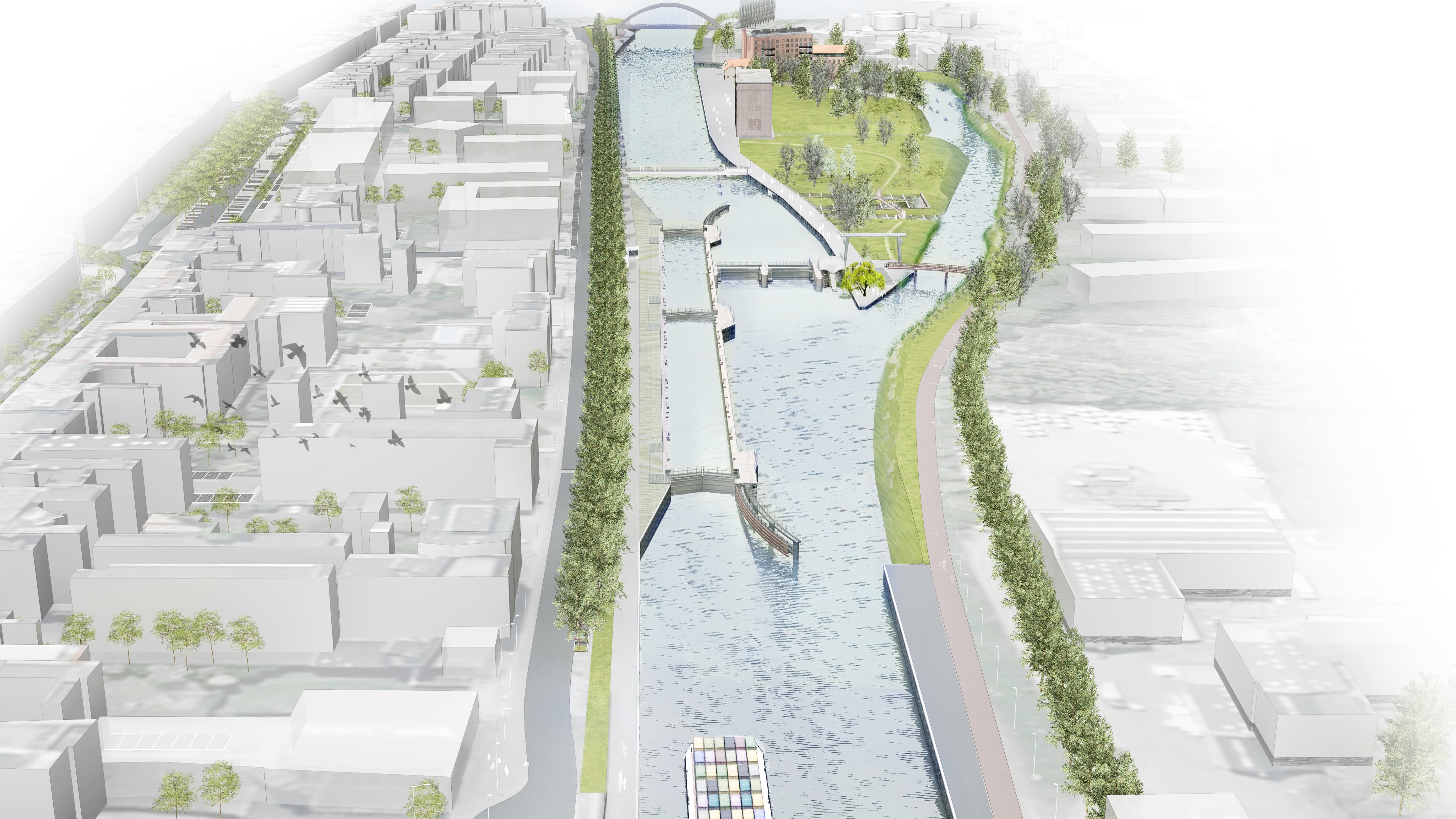 Above: Connecting Paris to the North Sea Ports of Dunkirk, Antwerp and Rotterdam will enable more efficient movement of freight ( Flemish Department of Foreign Affairs).

To accommodate larger vessels up to 4,500 tonnes, the Seine-Scheldt Project will link Paris to the North Sea and the ports of Dunkirk, Antwerp and Rotterdam by constructing 177 kilometres of new canal routes.

The €8BN scheme will ultimately connect the Rhine and Seine basins, opening up the continent’s interior to larger vessels, while reducing the reliance on road freight.

Under construction since 2008, the Brenner Base Tunnel is a 64-kilometre twin-tube railway tunnel and bypass that will connect Austria and Italy beneath the Eastern Alps. 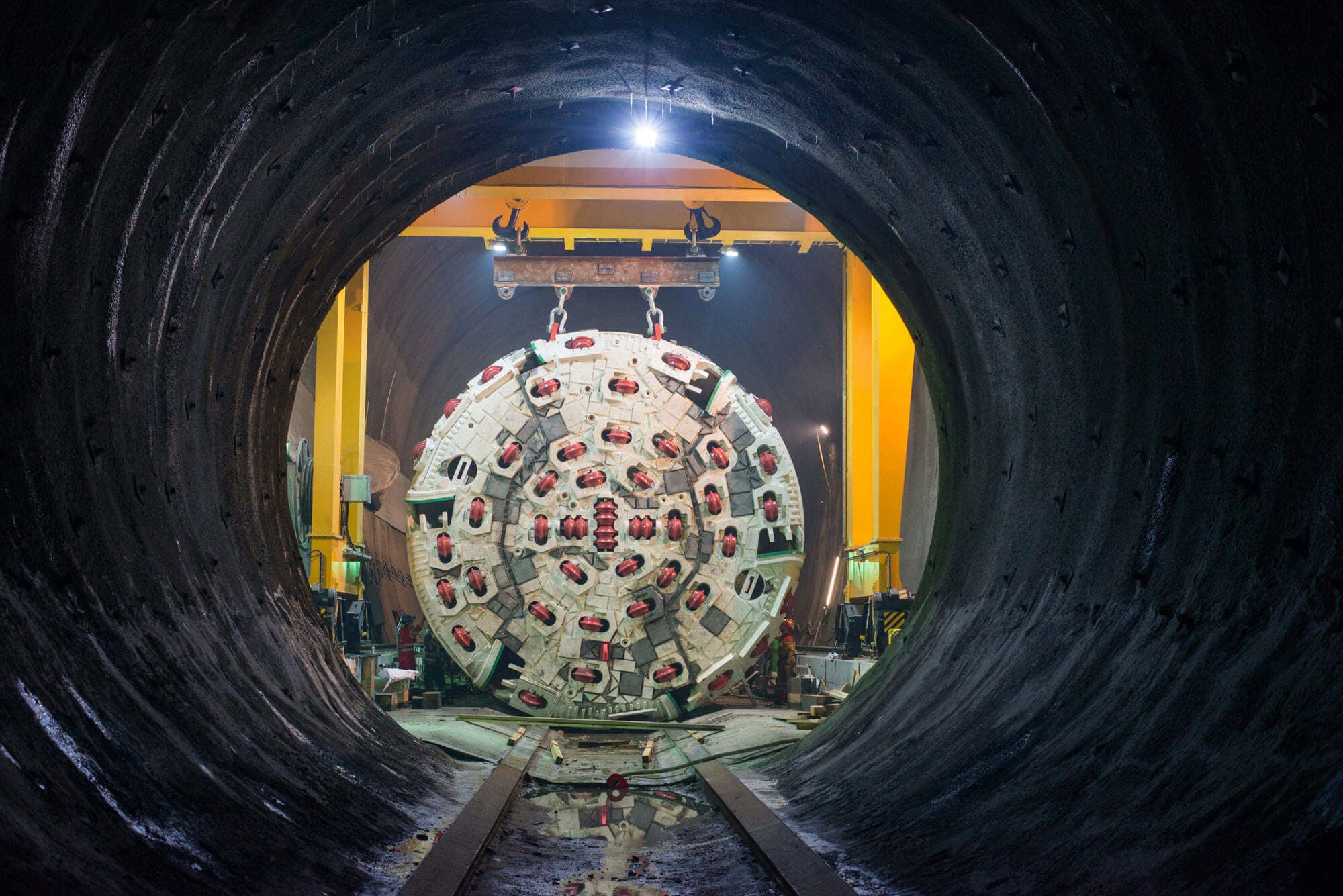 Above: The Brenner Base Tunnel will form a critical link for central and southern Europe allowing trains to run from Berlin to Palermo on a single railway line (image courtesy of Brenner Basistunnel BBT SE).

Replacing a large section of the existing Brenner Railway, the project will reduce the travel time from Innsbruck in Austria to Bolzano in Italy from two hours to just 50 minutes, cutting pollution in the region and improving freight efficiency.

When the €8.4BN project completes in 2028 it will form a critical part of the 2,200-kilometre Berlin-Palermo railway axis; connecting central and southern Europe with a single railway line.

Set to become the longest tunnel of its kind in the world, the 18-kilometre Fehmarnbelt Tunnel is an immersed road and rail route between Denmark and Germany.

Using prefabricated elements assembled in Denmark, the tunnel sections - each weighing 73,000 tonnes - will be floated out to sea before being lowered by pontoons into a pre-dredged trench and covered with layers of rock and sand. 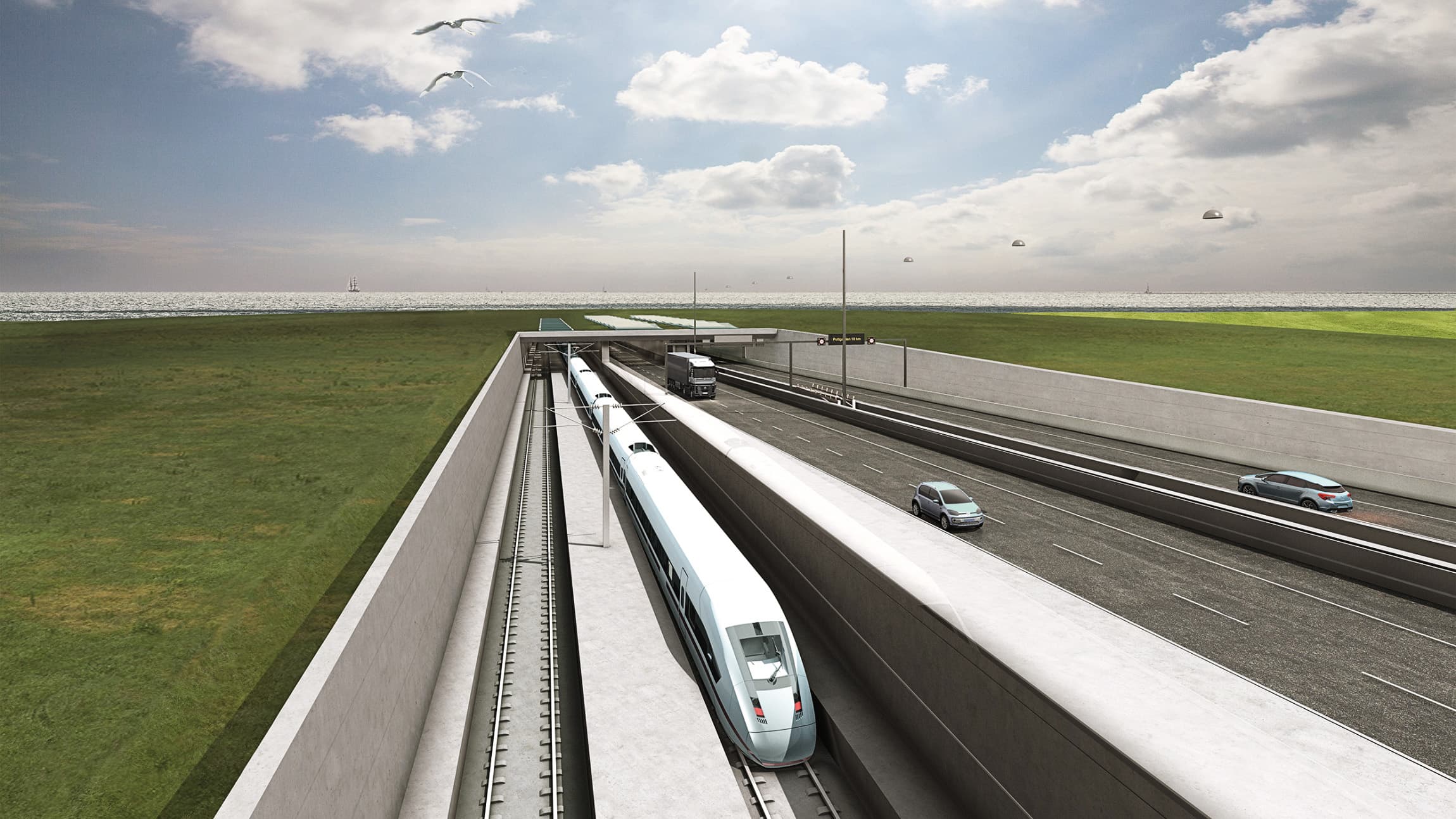 Above: Linking Denmark and Germany the Fermarnbelt Tunnel will be the longest of its kind in the world (image courtesy of  Fehmarn AS).

At a cost of €7.4BN, the tunnel will cut the travel time between Denmark and Germany from 45 minutes by ferry to 10 minutes by car and just seven minutes by rail - with high-speed trains running at up to 200 km/h between Copenhagen and Hamburg.

With construction set begin on 1 January 2021, the completion of the tunnel will not only link Denmark and Germany but improve connectivity from the European mainland onto Sweden and the “Nordic Triangle” rail network via the Øresund Bridge.

Connecting the French and Italian high-speed rail networks, the 270-kilometre Lyon-Turin High-Speed Railway is one of Europe’s most ambitious infrastructure schemes with a price tag of €25BN.

Sitting at the heart of the project and requiring one-third of its entire budget is the 57.5-kilometre Mont d’Ambin Base Tunnel. 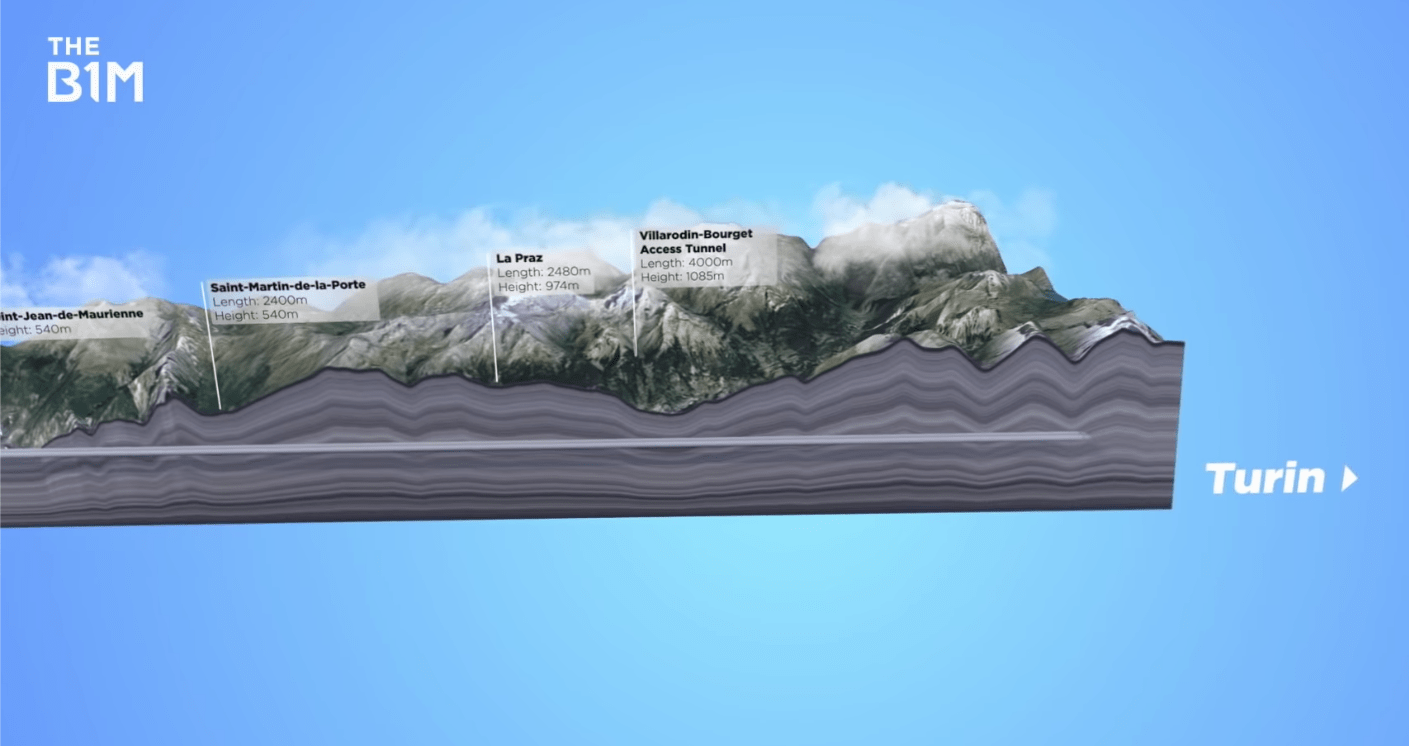 Above: At 57.5 kilometres long, the Mont d’Ambin Base Tunnel will become the longest rail tunnel ever constructed upon its completion.

Running beneath the alps, at depths of up to three kilometres, the tunnel will surpass Switzerland’s Gotthard Base Tunnel by just 400 metres to become the longest railway tunnel ever constructed.

Works began in 2019 and are expected to take 10 years to complete.

First launched in 2011, and mainly used for civilian purposes, Galileo has driven continent-wide navigation, providing much greater accuracy for its users than the United States’ GPS, which reserves its highest quality signals for the military. 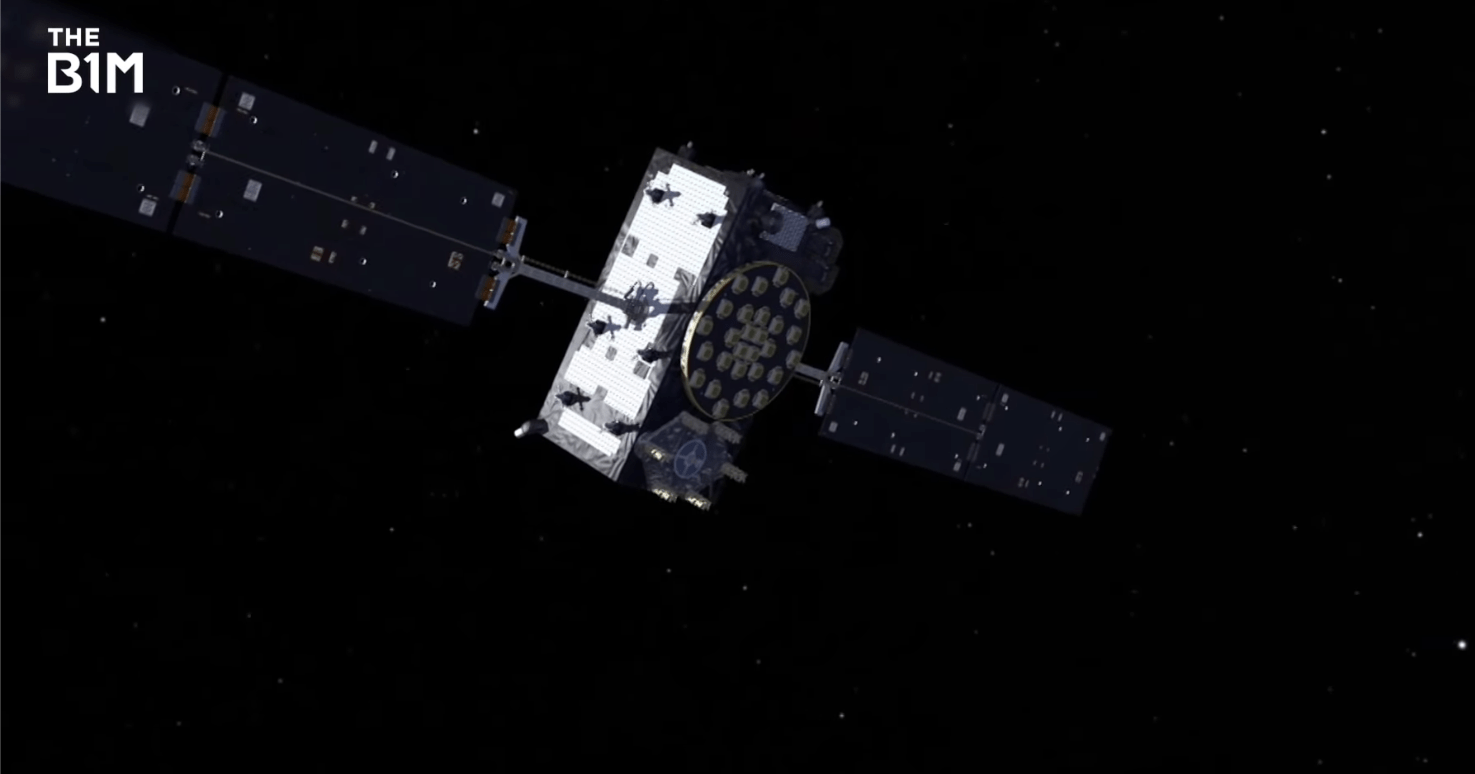 Above: The Galileo navigation system was first launched in 2011 (image courtesy of ESA).

With second-generation satellites beginning deployment in 2025, the system is set to play an even greater role in trans-continental navigation in the years ahead as driverless technology and autonomous vehicles come to our streets.

This video was kindly powered by Bluebeam. Learn more about Bluebeam Revu here.